The Haunted Forest Of Spirits and sages- Alas Purwo, Indonesia 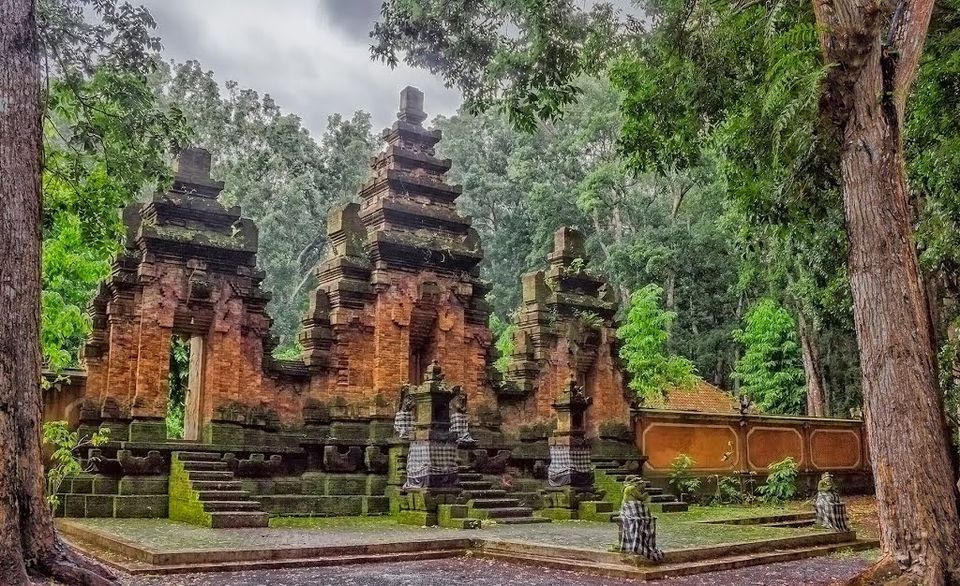 Religion in Indonesia is highly influenced by Shamanism. Superstition, scheming demons, ghosts stories and offering to spirits are the part of daily routine here. A very fine line divides the parallel universe of these spirits with elements of nature In Javanese mysticism. That line often appears blur or nonexistent when people worship spirits that dwell on trees and forests that are sacred.

One such example is the remote, cryptic forest of Alas Purwo. Both revered and feared, it is referred to as the place where the earth first ever emerged from the ocean and also the place which is the epicenter of the kingdom of the spirits. Mystics, from all over Java gravitate to this ancient forest in search of thyself and secretive nuances of life. This fascinating lowland forest in the eastern java is across a short stretch of water from Bali. Most of the people come here on a boat from Bali. The 43000 hectares of land consists of savannas, mangrove forest, and a white sand beach.

Tales abound people encountering spirits of the founding father of Indonesia including Sukarno here. There are anecdotes attached to the forests of an old-time king, Ajisaka mysteriously disappearing in the forest along with his troops, his troops died while his spirit is still wandering in the forest. Sages and hermits, wearing wooden beads around their neck, with nothing but clothes on their back, are a common sight here. Cast under the supernatural spell of Alas Purwo, these seekers of mystical knowledge roam around in this forest eating food that falls from the trees and talking to spirits that roam here too. In fact on a full moon night in the month of Suro marked as a Javanese new year they perform intense meditation and rituals.

As the legend goes, Attempting to explore the park with any negative thoughts or energy will simply mislead to false tracks that takes a person either in circles or just out of the park. People have told stories of being lost for days among the overgrown Hindu ruins, bamboo forests and a labyrinth of false trails. There are common accounts of people finding themselves in ghostly villages and encountering mysterious characters, perhaps apparitions, who have shown them the way out. The more spiritually knowledgeable one is, the more ways there are available for them to enter the realm of the supernatural, as well as the natural realm inside the park.

A majestic Hindu Temple called Giri Selaka was accidentally stumbled upon in 1967 by the locals. This temple is a remnant of Majapahit empire. Despite being in an overgrown state the temple remains durable and strong. People come to pray, seek blessings or just photograph this ancient, lost in the jungle, structure.

Besides being enchanted, the untrammeled forest is a treasure trove for wildlife lovers. Forest track, bird watching, and wildlife photography are some of the other activities for casual day-trippers who aren’t seeking mysticism. Using Trianggulasi as a base one can explore some interesting short walks.

The park has maintained its magnetism because of its difficult accessibility. There are unwritten rules of the forests and those who don’t abide suffer from harsh consequences by getting sucked in the dark part of the forest or just going crazy. Any attempt of new development of the park has met with considerable supernatural resistance, confirming that the park is spiritually protected. Events of inexplicable disruptions and sabotage of any construction led to the failure of making the park tourist friendly. Moreover, it is believed that the state of emergency that occurred in Banyuwangi in 1998 when the local population was targeted for killings of religious leaders and sorcerers in large numbers, was actually caused by paranormal powers in retaliation to develop Alas Purwo. As many as 150-300 “sorcerers” were killed in the event.

But despite beliefs of the existence of this powerful supernatural in the forest the efforts to conserve the forests have been failing lately with illegal logging and poaching. That day is in near vicinity when the spiritual protectors might be angered because of continuous deforestation and harming of animals, and people will eventually bear the wrath of guardians of the forest.