Si-O-Se Pol, also known as Allahverdi Khan Bridge, crosses the Zayandeh Rud as a southern continuation of Chahar Baq Avenue. It was constructed during the reign of Shah Abbas I in 1602 and named after the man who supervised its construction, Allahverdi Khan. Allahverdi Khan was a man of curious fate. Born a Christian in Georgia, he was sold as a slave and sent to Iran. He led a miserable life until he was eventually made a servant in the court of Shah Tahmasb Safavid. There he had a striking career, and was designated in the time of Shah Abbas 1 as the Governor-General of Fars and head of most of Iran's southern provinces. He became Shah Abbas's most trusted and beloved commander-in-Chief, inspiring such confidence that Shah Abbas totally relied on his suggestions rather than on those of his other courtiers.

The great thing about Abbasi hotel Isfahan was it's vicinity near the Si O Se Pol bridge. 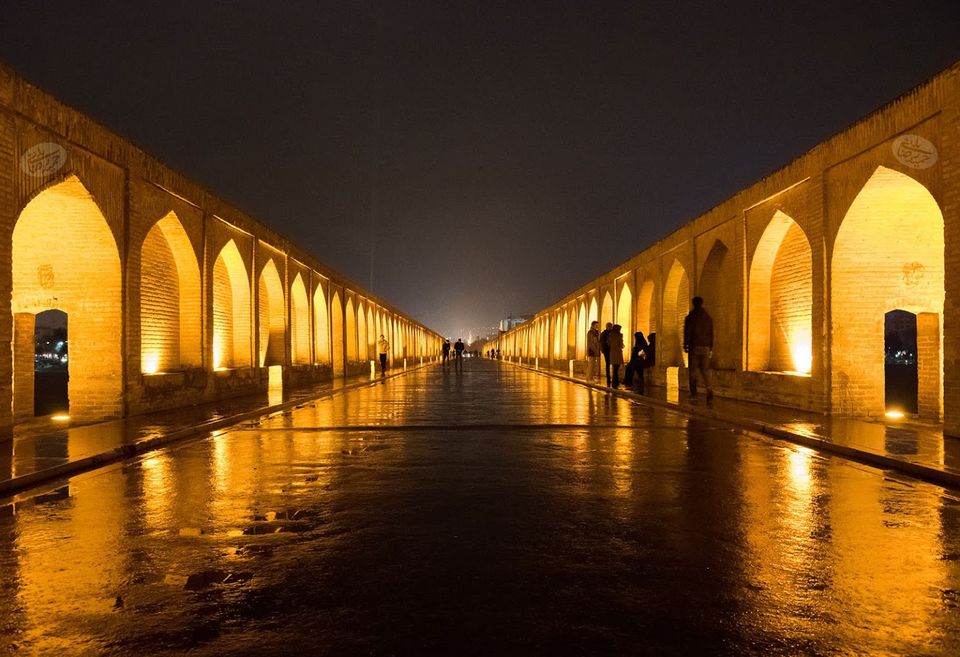 The actual builder of the bridge is Ostad (Master) Hossein Banna, father of Mohammad Reza, the builder of the Sheikh Lotfollah Mosque. The Allahverdi Khan Bridge was also known as the Julfa Bridge because it was a beeline between the city's centre and Julfa. One of the earliest creations from Shah Abbas's region, the bridge is also one of the most praised Safavid structures. Its sturdy piers and imposing towers are made of stone, but its superstructure is brick. The bridge is about 300 m long, thus the longest in the city, and 14 m wide. Each side of the roadway has low, covered arcades, pierced internally and externally by nearly two hundreds of small pointed arches. Two alcoves and more than twenty chambers were constructed along the western sides of the bridge; today most of them are used as teahouses. Some believe that the bridge originally comprised forty arcades and this number has been gradually reduced to thirty-tree. Nowadays, the bridge is being used by pedestrians only.