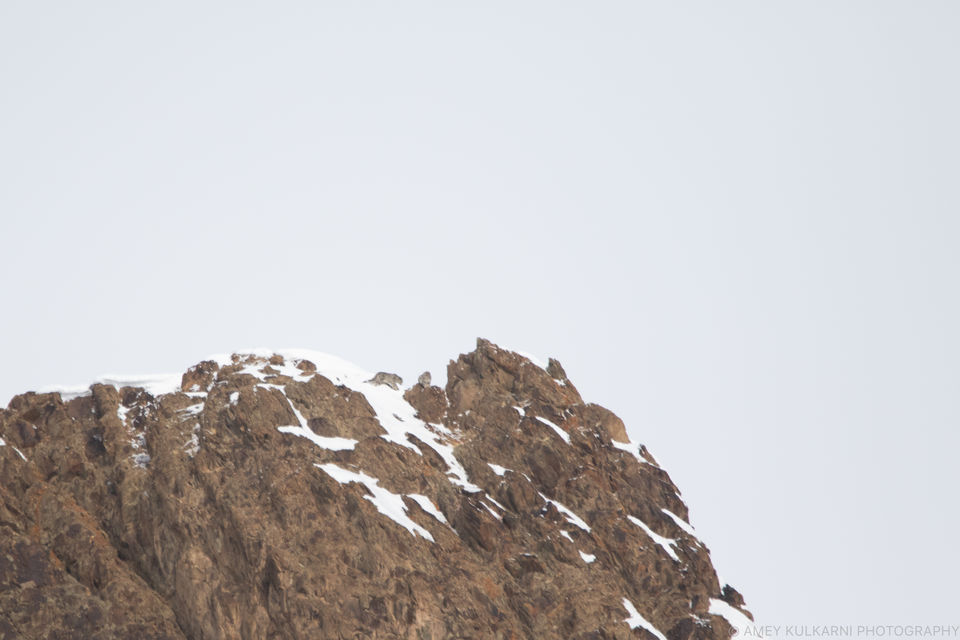 Embarking on an experience of a lifetime!

The wintery vistas opened up to clear, azure skies, as the first gust of cold air literally took away my breath. I had landed in the Land of High Passes- Ladakh. I had earlier explored the shimmery blues of Pangong and the death-defying passes of Khardungla, but this time was destined to be different. For, it was not the pleasantness of summer that greeted me, but the cold, alien landscapes of sub-zero temperatures! As I alighted at Leh, a blinding snow-glare seemed to dazzle all about me. To me it seemed indicative of the glorious times to come, as I strode ahead in hope of spotting the most elusive of the elusive- the snow leopard.

Established in 1981 and named after the famous Hemis gompa, the mountainous realms of Hemis National Park sprawl across 4400 square kilometres, flanked by the Indus and Zanskar rivers. The snowy scapes seem to have swallowed all signs of life, until you peered carefully. In reality, this seemingly harsh terrain is haven for rare and exclusive wildlife, including the Bharal (Blue Sheep), Tibetan wolf, Ibex, Tibetan Argali, Ladakh Urial, Himalayan Snowcock and the Golden Eagle. At the apex of this food chain sits the Ghost of the Himalayas- the snow leopard. This beast was my mission on this trip, as I had joined a wildlife expert team to help track and spot the elusive cat.

The Foray into Frigid Zones

Winters is the best time of the year for snow leopard tracking. With the plummeting temperatures, herbivores descend downhill in search of food, and so follows their predator. Winters I had heard, were harsh and brutal, but who had imagined the -25 degrees Celsius we would have to bear, for a tryst with this beast. Like any wildlife viewing, it was essential to foray into the far interiors; into villages far removed from the mainstream, where man and animal co-existed peacefully. So our pick was first Uley, and then Rumbak- two tiny villages in the hinterlands of Ladakh. Our expedition began with a drive through the narrow winding roads, to arrive at Uley village. The very sight of this fairyland, and the lack of mobile network led me to forget all my worldly woes. Such is the effect of nature! As a nature and wildlife lover, I have always appreciated the pristineness of places where man seldom treads, but what lay before my eyes was unfathomable! Miles and miles of shiny snow, the sunrays glinting off the snowy peaks. Not a soul in sight, or rather certain wild souls that were well-hidden, I hoped! We were welcomed by the village head, and the charm of simple mountain folk captivated me! We were to stay with the locals, privy to their warm hospitality! And what hospitality it was! From tedious efforts of carrying our scopes and gear, scrutinizing the far mounts for specks of grey, serving us piping hot meals, to tucking us into four layers of warm woollens at night!

Staying with the locals opened up my eyes to the fact, that hospitality is never defined by how wealthy one is, it solely depends on how big a heart one has! Theirs was a self-sustaining community, oblivious to the modern realities; yet happy, content and giving like no other! The homely warmth did wonders in overcoming the ice-cold dead of the wintry days, and won over our hearts!

Days blended into nights, as we woke up at first light and trudged through knee-deep snow, following the locals in search of the wild denizens of the highlands. Fate seemed to elude us. By the third day our soles were tired, and our souls less hopeful. Yet, the locals cheered us on, even as we bade them goodbye, to venture further inwards towards the next destination- Rumbak.

A Roaring leg of journey: Rumbak

Rumbak is as remote as it can get! Just eight to nine houses clustered together, housing people who sustain on livestock. After our pitstop in a more commercial Leh, we arrived at the literal end of the humane world, as a dead-end met us. From here, it was all on us, for Rumbak was a good 3-4 hour trek through knee-deep snow. The reflecting rays of the sun blinded my eyes, the melting snow seeped through my shoes, but the spirit never wavered. The group was gung-ho, for this was remote beyond imagination! The locals laughed and chattered away, filling the snowy atmosphere with warm words! On arrival at Rumbak, we settled in the humble dwellings, thus started leg 2 of the snow leopard search. The next day dawned bright and cheery, and so our hopes soared! Our routine was set- trek to a vantage viewing point called the T-point, set up the telescopes and scan the mountains for a glimpse of the leopard. On the second day, we completed a trek to the one-home village of Yurutse, in a bid to up our efforts! Three days passed, and we enjoyed viewing the herds of Bharal. Sometimes, a lone wolf would pass us, maybe wondering what this weird two-legged species was doing in its home! A Golden Eagle screeched high in the skies, akin to a mortal shout. We were lazing around with some hot chai, when another shout changed our fortunes, “snow leopard!” The entire group dashed to the ledge, to grab a chance to peer through the telescopes. And there they were- a mating pair of snow leopards on the far ridge, sometimes cuddling, sometimes shying away from each other. A epic moment unfurled when the female settled in the snow, and curled her long, luscious tail around herself and her partner, in a total act of cuddly cozyness!

Time ceased to exist, as the duo stood on display. In a jiffy we forgot about the biting wind, and the treacherous trails. It was as if all the sweat and tears had culminated into this glorious moment- not one, but two snow leopards in the true wild! The mating pair seemed to have opened up our fates, coz the next day we saw another lone specimen, a single stud it seemed. He prowled around the sky-high ridges with elan, his slender body standing out against the skies. The animal was fully adapted to life in the harsh lands, this was its rightful land from generations, a land where man and beast coexisted. Today, a land slowly being raided and rampaged by us outsiders. Snow leopard tourism offers great livelihood opportunities to the locals, yet over-tourism is a constant threat. The footprints that we humans leave behind are sure to strangle the very existence of this beautiful species, if we do not explore sustainably. This is especially true in the fragile ecosystem of the high Himalayas, as I learnt from candid conversations with the locals. This has led many locals to worship and protect the snow leopard, to ensure it thrives for many generations to come. And to ensure their clan thrives peacefully in synchronisation with the elusive Grey Ghost of the Mountains!

PS: This is a personal experience as narrated by Amey Kulkarni*