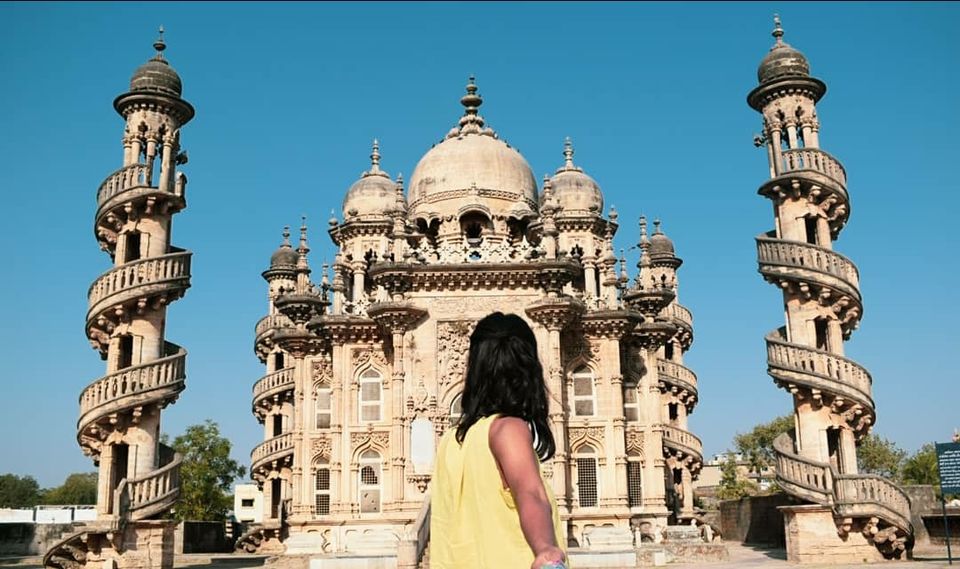 Yes you got it correct !! The Hidden Taj Mahal which has resemblance with Taj Mahal , Agra and also has a unique resemblance with  palace from Aaladin Tales in Disney. Yes this unique monument is located in India in Junagadh, Gujarat and is known as Mahabat Maqbara . It felt as if I had entered into Jasmine's palace from Disney !! The domes, the intricate designs, the minars and the spiral staircase all were in a beautiful blend which made this place some what magical. It is a Mausoleum completed in 1892 and was build by the Nawabs of Junagadh. The most striking feature of this monument is it  staircases encircling the minarets and the domes of different sizes. Hindu, Islam and Gothic architecture in the form of pillars, windows, arches and stone carved walls are its attractive and interesting features.
The Mahabat Maqbara is a famous landmark of Junagadh but due to lack of proper care and tourism this place is turning into ruins. The interiors have been closed down due to ill maintenance and other illegal public activities within the monument premises. The exterior part is open for all and people come for pre  wedding photoshoot and to admire this beauty. I felt bad how this place is left out and how the locals are mistreating it. As a traveller it is our responsibility to respect the culture and the importance of a place. And as citizen its everyone's responsibility to restore such precious historical places  specially such hidden gems . 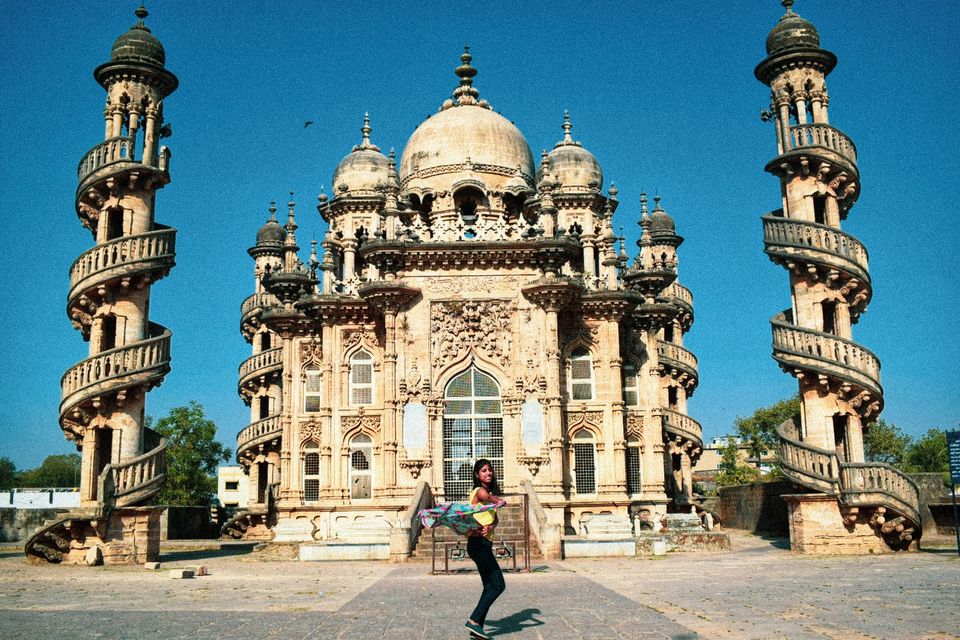 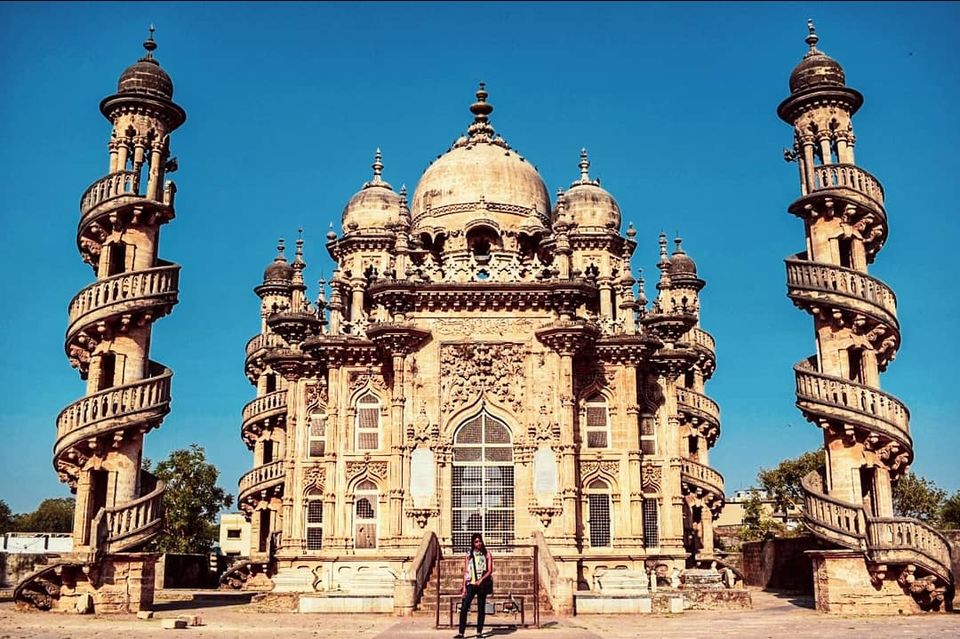