Taking the time out for a vacation during summers is a routine with most families, and ours is no exception. At the end of May, to seek respite from the scorching summer heat of Mumbai, we had decided to go to the hill district of Coorg via Mangalore.

I have, since been contemplating to jot down some highlights of the trip to preserve the memories. Within a span of a month, when I found myself going to Mangalore once again last week, I thought that I absolutely must write this post before it gets too late.

Mangalore is an hour's flight from Mumbai. The Mangalore airport is on top of a hill with two table top runways. Acres of greenery covering the hills all around is pleasing to the eyes. A winding road takes us down the airport. 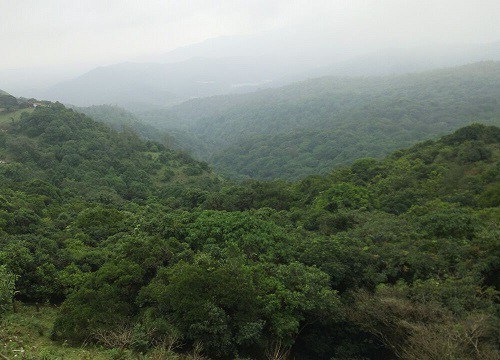 Mangalore to Coorg is a three-hour drive. We had decided to spend the day at Mangalore and start for Coorg early next morning.

The way to Coorg is filled with green patches of wooded lands, coffee plantations and hilly slopes. 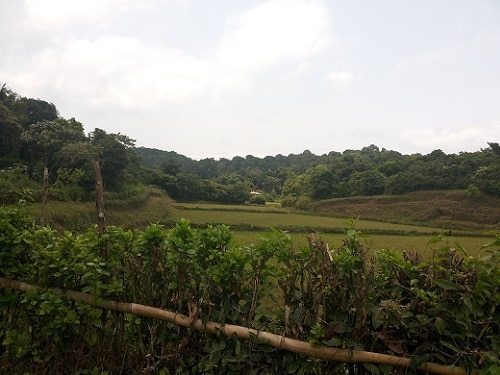 Coorg (originally Kodagu) is distinctively different from its neighbours. Kodavas, the native inhabitants of Coorg have their unique identity, customs and traditions that are different from other communities of Karnataka. Originally a martial race, the Kodavas later started practising agriculture. Serving the armed forces has been a tradition with the Kodavas. Even now, members from many families join the armed forces.

On the way, the driver tells us that Kodava language is influenced by Tulu, Malayalam, Tamil and Kannada languages.

We reach the hotel by the noon. After lunch and rest, we get ready to go around the area.

Very near to the resort in which we stayed was Madikeri, a small hill station town which houses the headquarters of the district of Coorg. The place has an old world charm about it. A point from where the king would watch the surrounding down hills, with his consorts is known as Raja Seat. 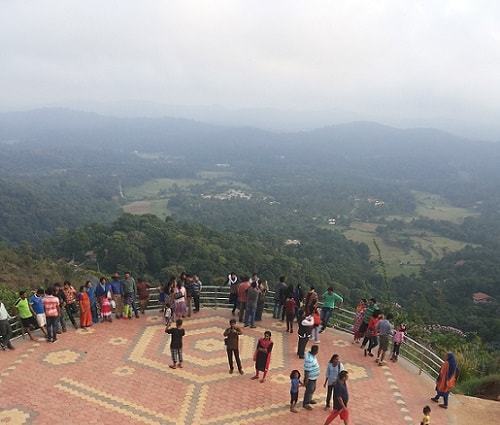 The flowers in the gardens bore a clean and fresh look. 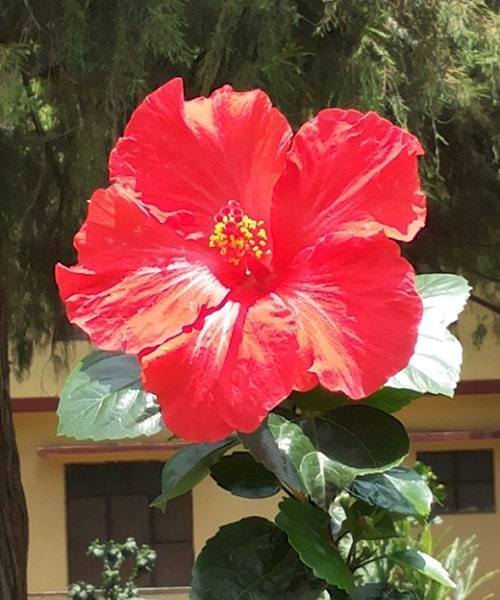 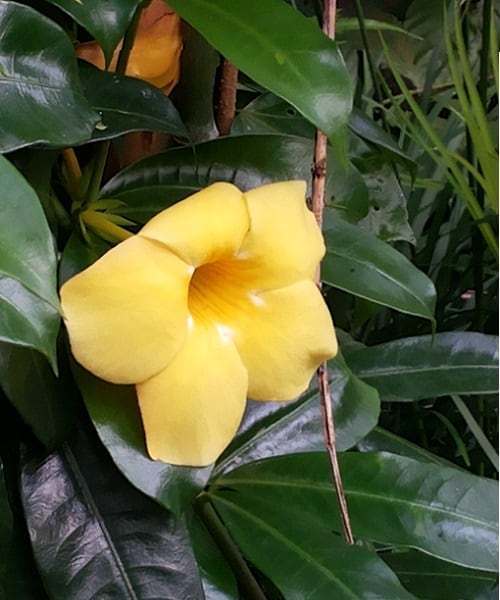 We went to the Omkareshwara Temple, an ancient temple built in the 18th century. The temple has a simplistic architecture with a combination of Catholic, Keralite, Gothic and Islamic styles and a pond within the temple courtyard. I was surprised to see dragon heads on a box trunk-like structure built outside the temple. We ended the sightseeing with a visit to the Kodagu Fort.

The best part of our trip came on the next day with the visit to Dubare Elephant Camp, where we saw elephants from a proximity.

We started early for the camp so that we could see the elephants bathing.

On reaching the Dubare camp area, we crossed the river Kaveri on a ferry to land at the Elephant Camp. We spotted some elephants standing on the bank of the river. After buying the tickets, we headed towards the place where the mahouts were taking the elephants for a bath. 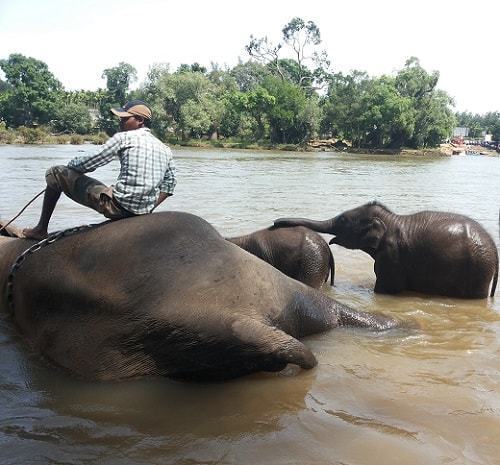 Soon we found ourselves splashing water at the elephants. The tuskers seemed to enjoy the attention. Suddenly a baby elephant that was quietly standing beside its mother, filled up water in its trunk and playfully splashed the water on the people standing in front of him. It amused the people as well as the calf, who repeated the prank a couple of times. 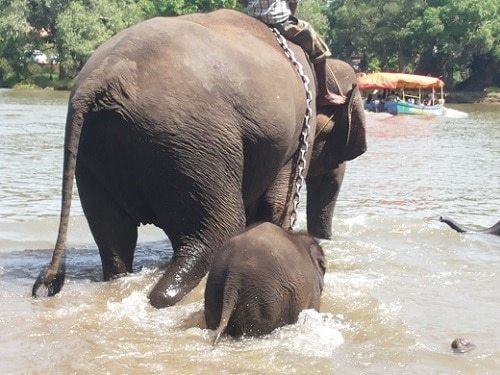 After finishing their bath, the elephants headed towards another corner of the camp. On the way, the baby made it a point to roll in a stack of hay to dry itself. Soon it snuggled up to its mother and stated suckling.

Thalakaveri (head of Kaveri), in the Brahmagiri hills in Kodagu, is the place of origin of river Kaveri.

Kaveri or Cauvery, considered among the most sacred rivers of India, emerges from an underground spring, which is connected with a small pond. A temple complex built around the spring houses the shrines of gods. 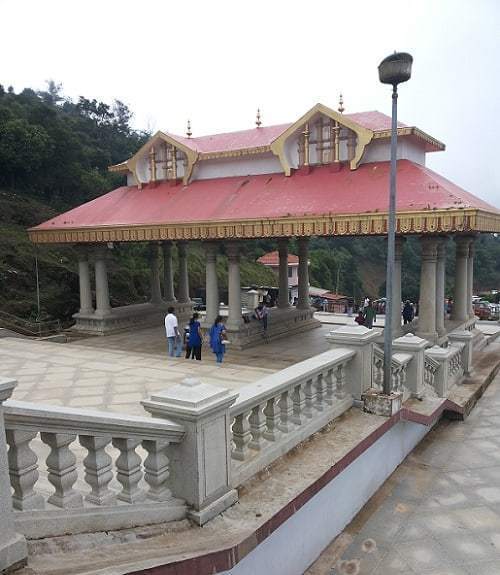 A peaceful atmosphere prevailed as we climbed up the stairs of the temple. It was breezy around there. The lush green hills all around presented a pleasant picture with the clouds drifting by. 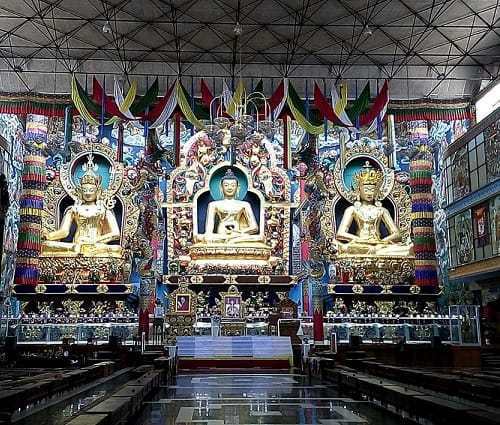 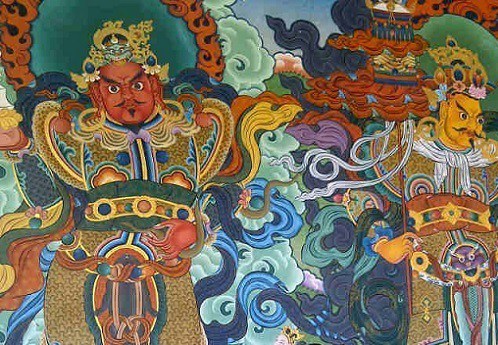 The tall statues of Buddha, Padmasambhava, and Amitayus are grand and imposing. The altar is nicely decorated with flowers, candles and incense sticks. The colourful murals on the walls of the monastery depict gods and demons from Tibetan Buddhist mythology.

We purchased some decoration pieces from the monastery before leaving.

Finally, from Coorg, we headed towards Mangalore, carrying with us a few boxes of home-made chocolates, some spices and honey, along with the pleasant memories of the place, which will stay with us much longer after the chocolates and spices get consumed.