India is known of its culture and heritage, so decided to explore the old-world charm of Mysore hence I booked Goibibo cab for a day tour from Bangalore to Mysore and Srirangapatna for Rs 2400. The young cab driver Irfan Pasha was on time. We left early morning at 6:30 am from Bangalore. It was 2.30 hour’s drive.

My first stop was Srirangapatna, an island in the middle of the sacred Cauvery River. Srirangapatna is a tribute and aesthetics of the father-son duo Haider Ali and Tipu Sultan.

My first place to visit was Sri Ranganathaswamy Temple: This temple is considered as world’s largest functioning temple and the largest temple in India also known as Pancharange Kshetram. Lord Ranganatha who is the manifestation of Lord Vishnu. It is one of the sacred sites of Lord Vishnu in reclining pose on a bed of serpent Aadi Sesha.

The idol of the main deity is unique that it is not made of granite as in many temples, but Stucco (a unique combination of lime, mortar and stones bound together by a special paste (Thailam), made of musk, camphor, honey, Jaggery and sandal). A striking gopuram at the entrance greets us to the glorious temple. Featuring Hoysala and Vijaynagar styles of architecture, the pillars at the entrance with 24 forms of Vishnu seek the attention. The temple’s parakram are been painted with wide array of Mythological stories. Gopurams of the temple with intricate carvings reflect Vijaynagar style. The walls of the temple complex are painted using herbal and vegetable dyes. The massive temple complex has a Hall consisting of 1000 Pillars. The temple complex also houses several chariots namely Garuda vahana, Sinha vahana, Hanumantha vahana, and Sesha vahan .

No photography Inside temple (#Ranganathaswamy Temple)

Alike other temples there are many shops and sellers outside temples, selling products of Mysore “Sandal” wood and decorative article related to temple.

After blessings and Puja, drive down for 3 kms in beautiful ornamental garden which is also called as Tipu Sultan Summer palace (“Daria Daulat Baug”) This palace has been built in the rectangular design with open corridors and wooden pillars. The front of the palace has huge wooden pillars with base of stones. It has arches and brackets colourfully painted with the carvings done on them. The palace has been beautifully painted in various floral motifs and different colors. The attractive work on the walls and ceilings increase the beauty of palace. The upper chambers of the palace can be accessed with four staircases. The palace has now been converted into a museum. It has various things on display which are associated to Tipu Sultan and Hyder Ali. Like, Clothes of Tipu Sultan, his crown, Silver vessel which belonged to Hyder Ali, war weapons, coins etc. have been showcased here.

Gol Gumbaz – is 2 km ahead of Daria Daulat Baug its an impressive Onion Shaped Gumbaz, a mausoleum (“tomb”). Once you enter, a spacious lush green garden lead you to tomb. Tipu Sultan who is often referred as Tiger of Mysore, has built the tombs of his father Hyder Ali and mother Fathima Bega. Later Tipu sultan was also buried here.

There is no entry fee at Gumbaz.

Further I went to the Dungeon which was named after Colonel Bailey (“Dungeon Colonel bailey”). The word Dungeon is dark,and imagination conjures up of prisoners suffering in the dungeons. There are shoulder height stone slabs fixed on the East, North and West walls with holes. The captives would be chained at the wrists and tied to the slab with waist deep cold water. this dungeon was used to imprison Captain Baird, Colonel Brithwite, Captain Rulay, Frazer, Samson and Lindsay by Tipu Sultan. In one of the military drill, a cannon rolled back piercing the ceiling and fell into the dungeon which can still be seen here. #DungeonColonelbailey

There were not many visitors hence the Security of the dungeon and me chatted for a while discussing the fortress. He mentioned me to visit Jama Mashid nearby it was just a Km away from the Dungeon.

Jama Mashid - This two stories mosque has fascinating architecture. It has impressive looking towers and two predominant minarets that are built on high platform. One can reach the top of the minarets by climbing around 200 steps. The mesmerising view of the surrounding area from the top of the minaret is worth watching. The clock in the masjid which is close to 100 years old is another big attraction. The clock is still in working condition. A religious school, Madrasa is also located within the compound of the mosque.

I had completed most of the places in Srirangapatna. After a quick lunch we started our journey towards Mysore #Mysuru

It was still the outskirts of Mysuru and my Car started climbing the Chamundi Hill ... yes my next place was the Chamundeshwari temple, dedicated to the Goddess Chamundeshwari (Chamundi) the goddess is seated on a lion, killing the demon with her ‘trishul’. With its impressive architecture, great historical significance and surrounded with nature’s serenity. It has an impressive seven-tier tower called as ‘gopuram’ or ‘gopura’ and an equally imposing entrance which is known as ‘dwara’.# Chamundeshwari

A colourfully painted statue of demon Mahishasura is one of the major attractions of Chamundi Hills. This majestic statue of Mahishasura is shown holding a cobra in his left hand and a sword in his right hand.

According to the folklore, Mahishasura was the king of Mysore. He was born to an Asura King and after rigorous tapas to Lord Brahma he was blessed with the boon that no one but only a woman can kill him. The blessings had made him believe that he will never die as no one woman will have the power to kill him. However, with his increasing atrocities on people of his kingdom and to protect devas upon whom he has launched a war, Goddess Shakti took the form of Goddess Chamundeshwari/Goddess Durga, to put an end to his cruelties. Goddess Shakti is believed to be an embedment of cosmic energy, had then killed Mahishasura in a battle. This is the reason why Goddess is also known with the name of Mahishasura Mardini, which means the one who killed #Mahishasura.

After performing some Puja, started my journey towards the living exemplary of Mysore kingdom Mysore Maharaja Palace , the palace still stands majestically, captivating every visitor with its unique beauty and overwhelming strength. Standing impressively in the heart of Mysore city, this palace is said to the one of the largest palaces in India. It is the Official residence of Wadiyars, the royal family of Mysore. Also known as Amba Vilas Palace. ( #ambavilaspalace #mysoremaharajapalace)

40 per person for Adults

Photography not allowed inside palace.

I was totally exhausted as it took almost 1.5 hours to see the full palace and know its architecture and beauty. Still on the list was Brindavan Garden and hopefully the last of the day visit.

Brindavan Garden is a place for everyone from its illuminated fountains, botanical park, extensive varieties of plants and fulfilled boating. I was impressed and happy with the music show. The only way to end my trip was to have a peaceful respite with open landscapes and a full palette of nature’s most glorious colours and soothe yourself with the calm waters of the Cauvery River in the background.

It was an Unique experience to witness and explore the Palace, culture, tales and monuments and taking lot of memories with me. #incredibleindia #escapingsoul 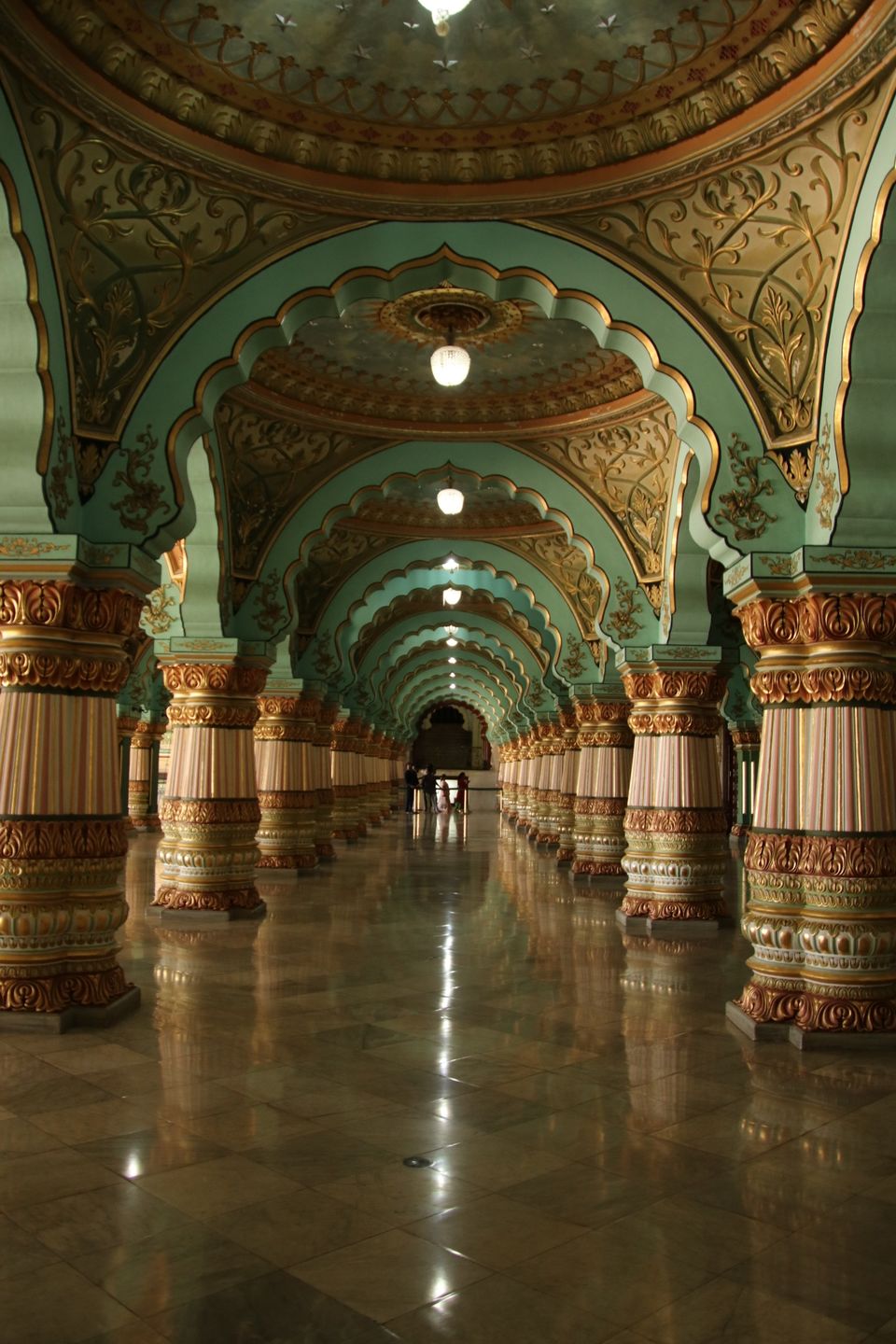 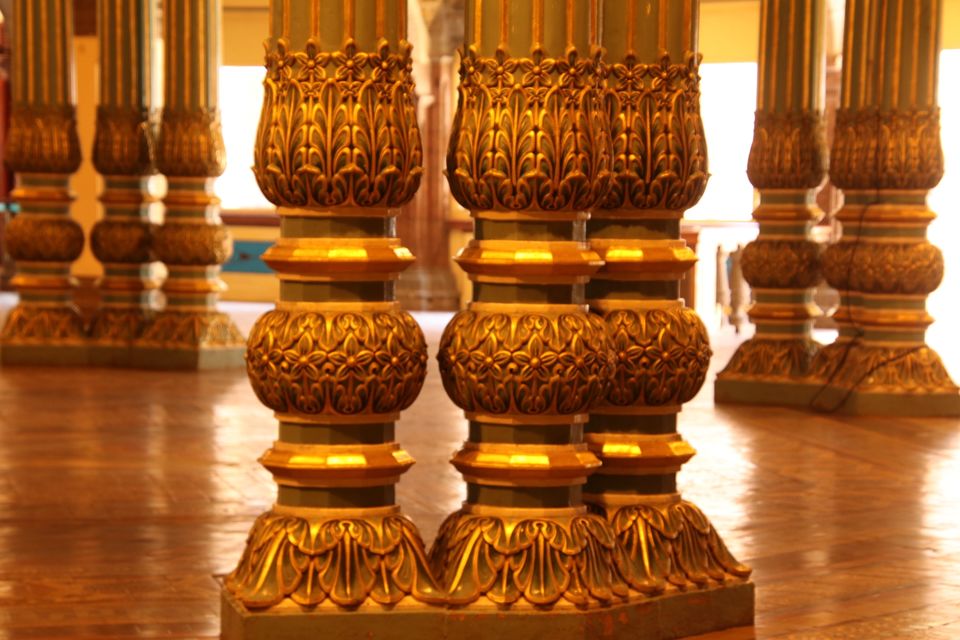 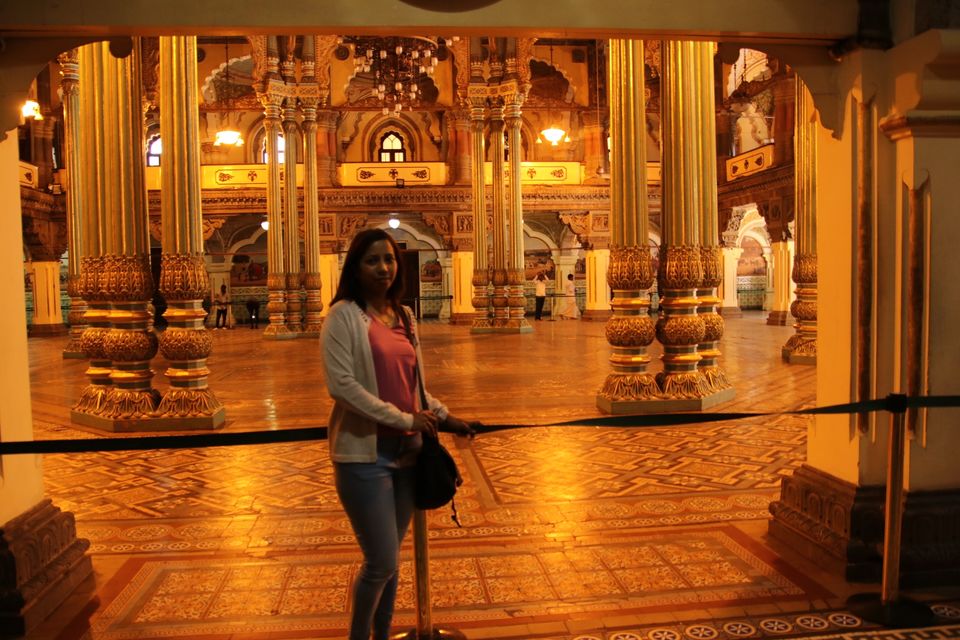 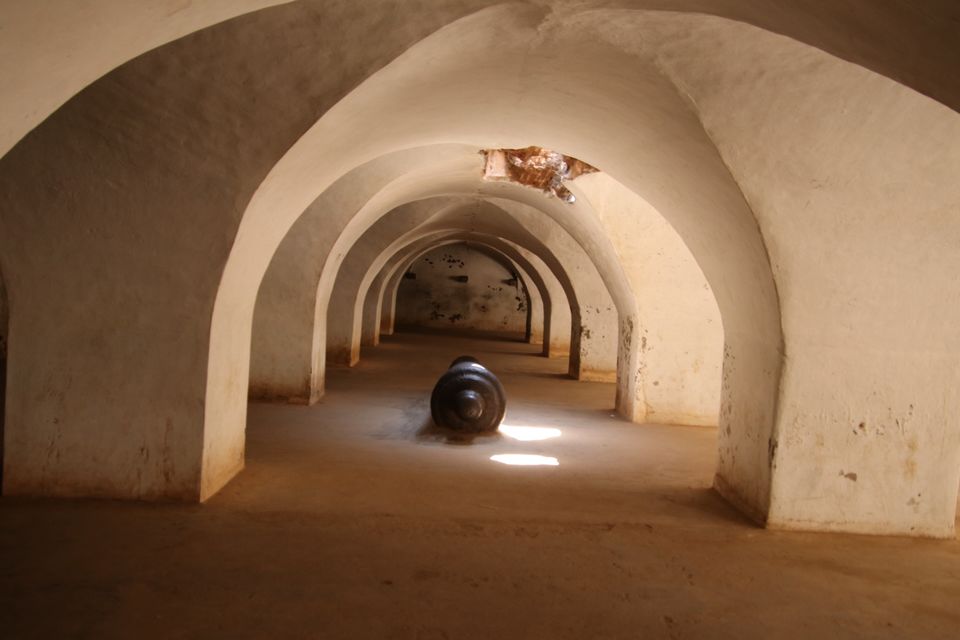 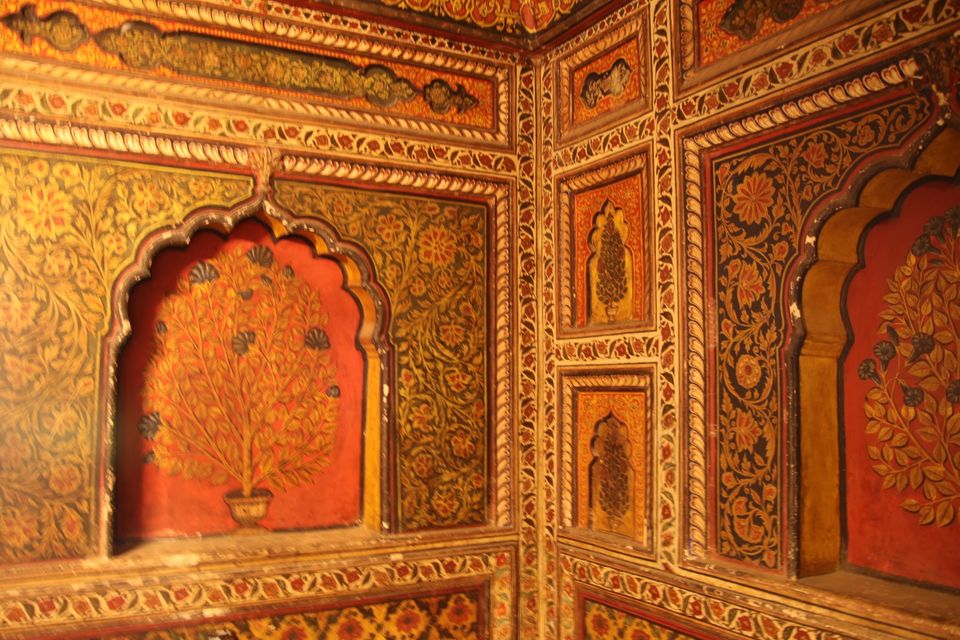 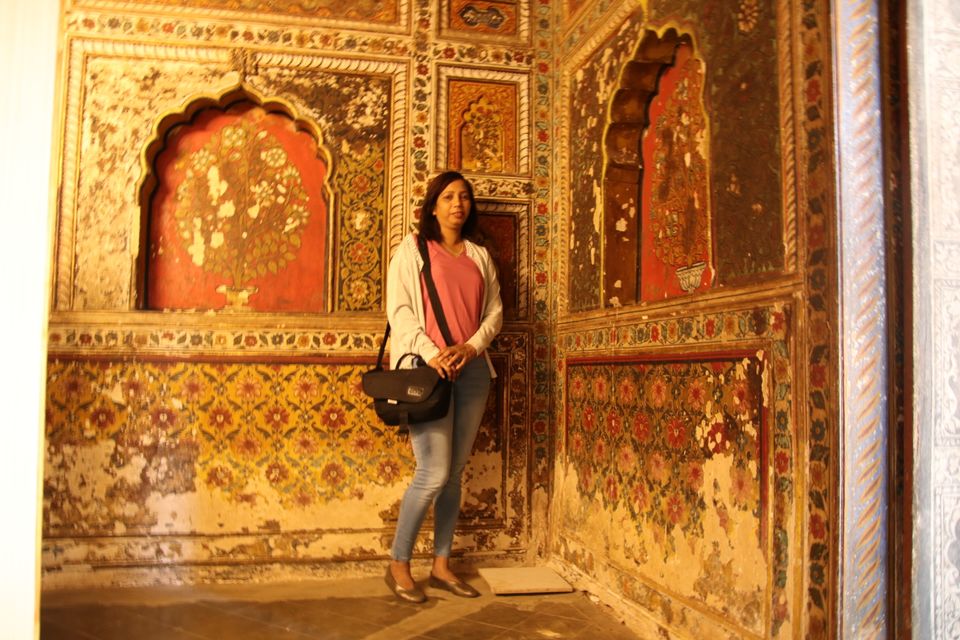 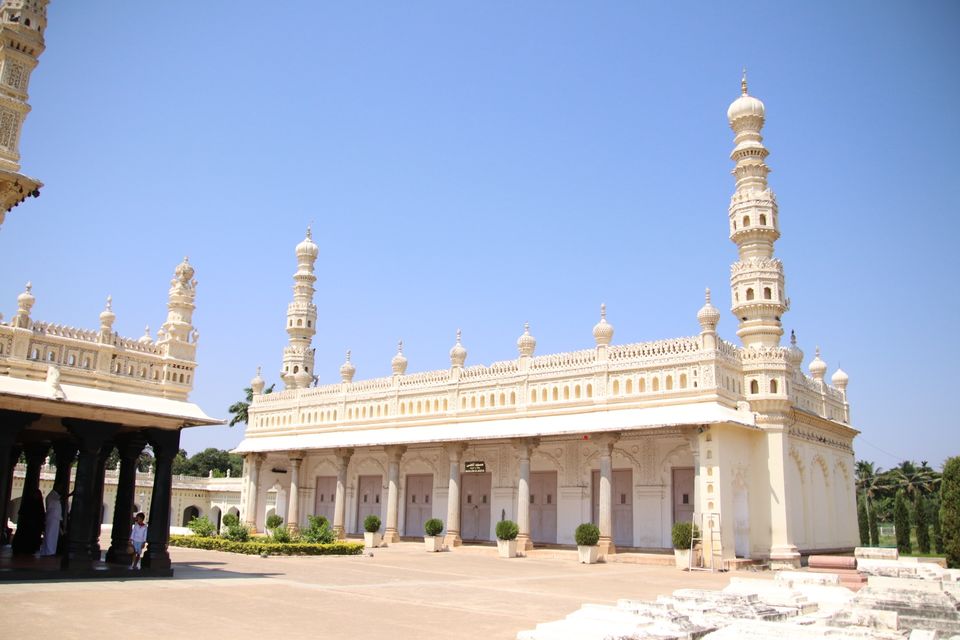 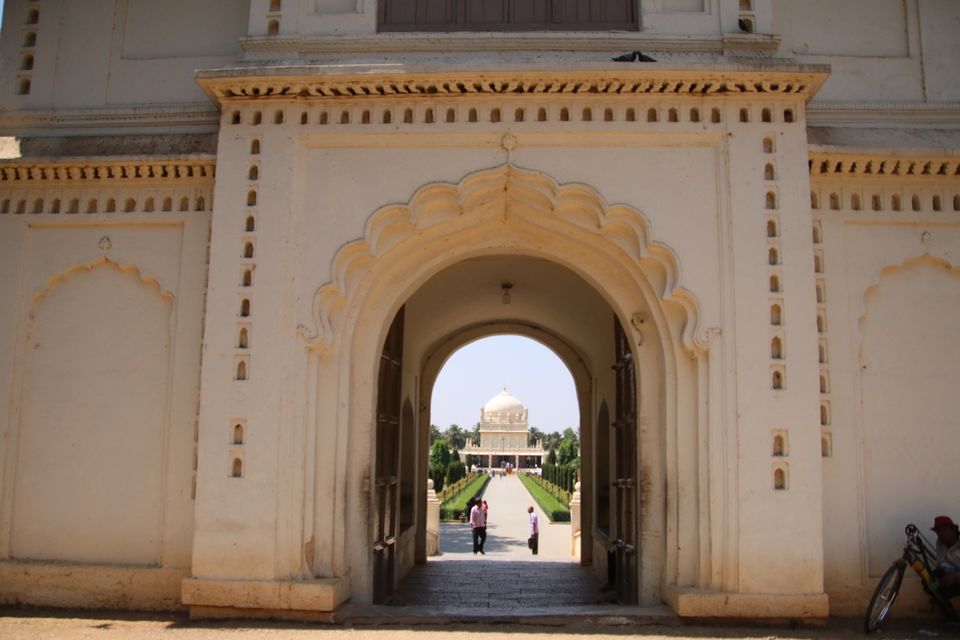 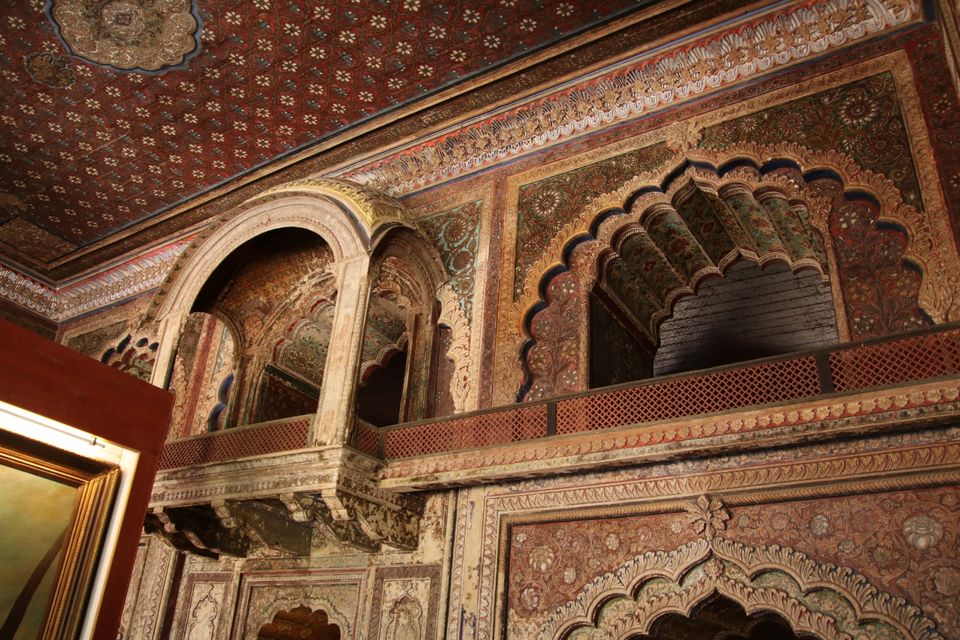 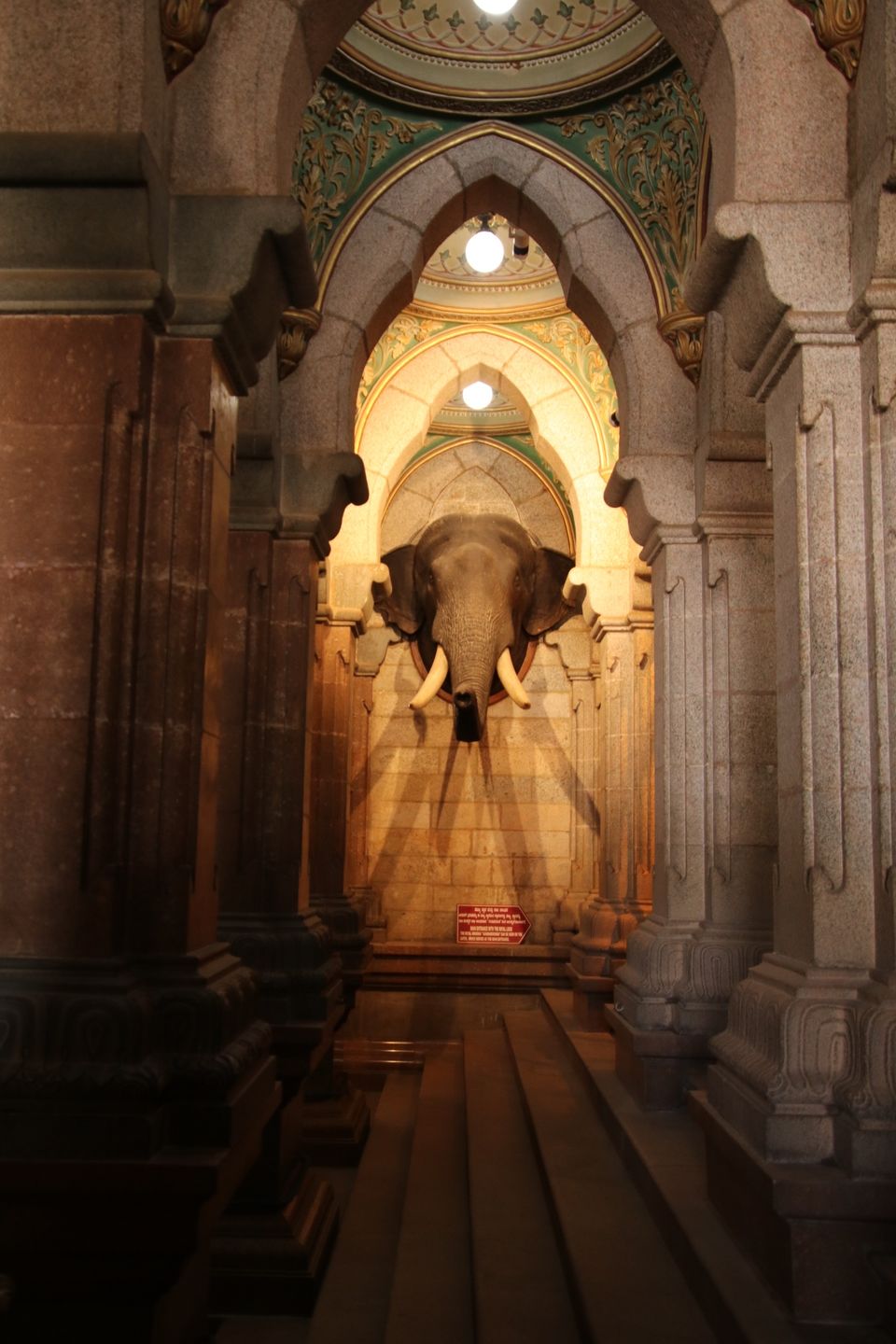 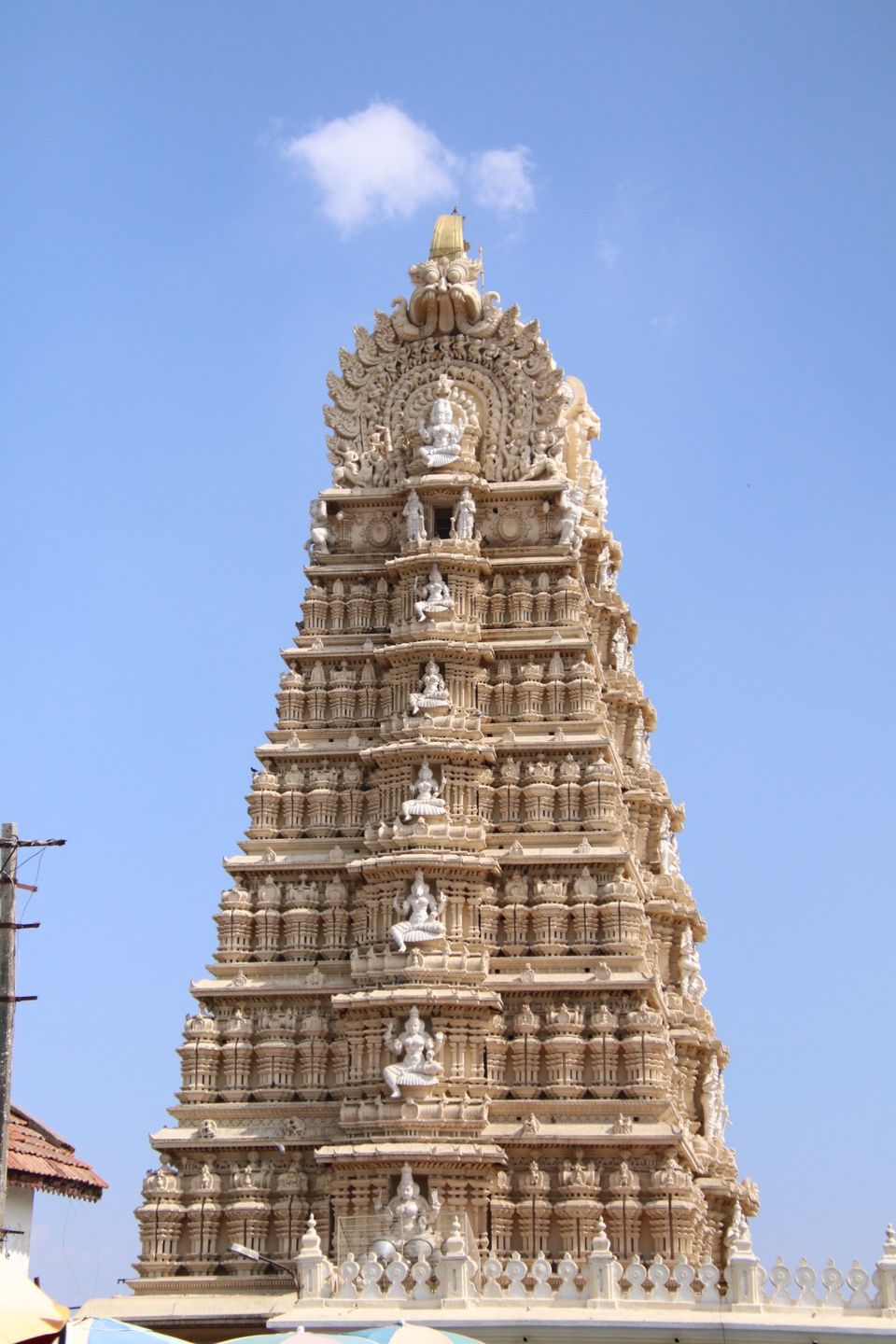 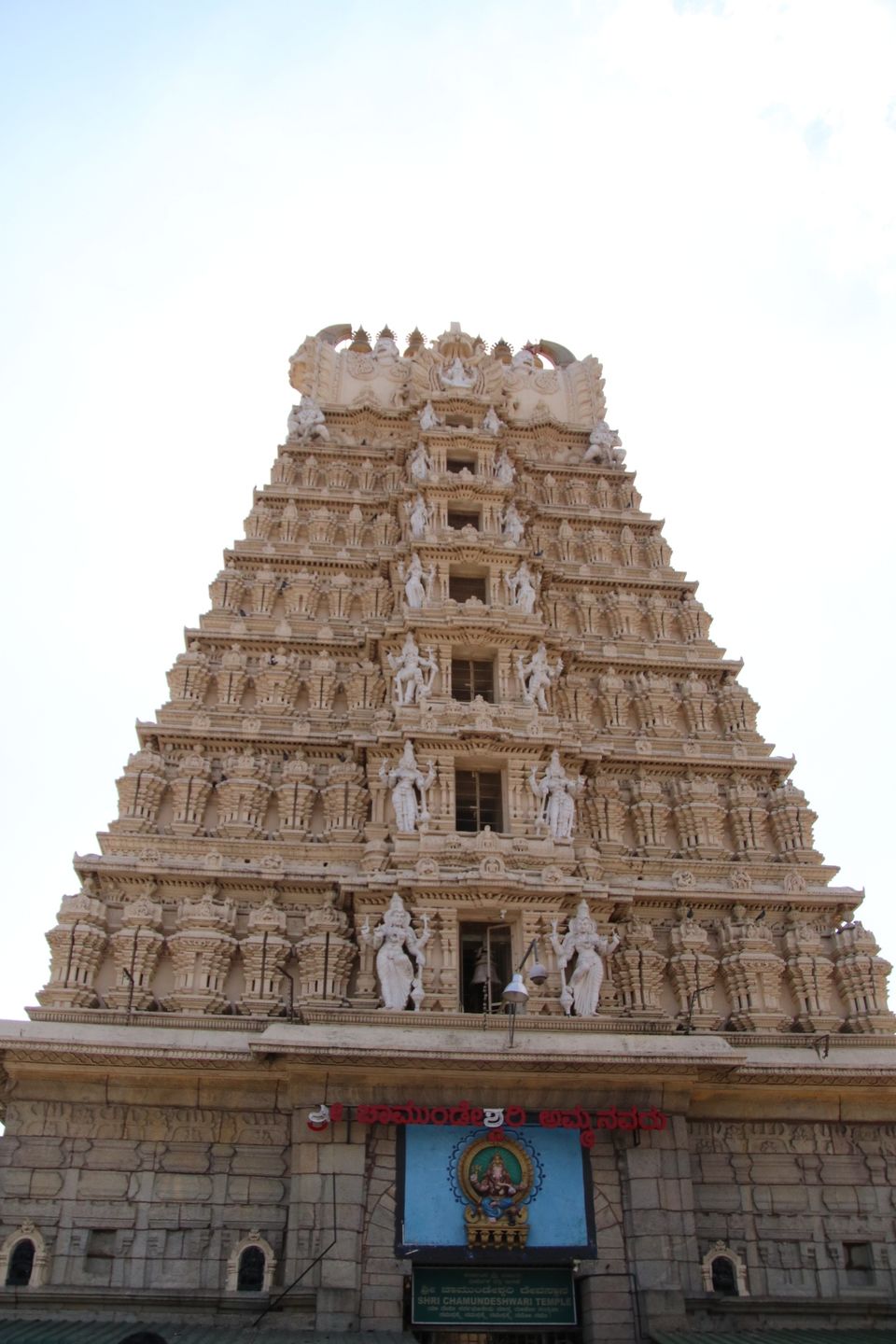 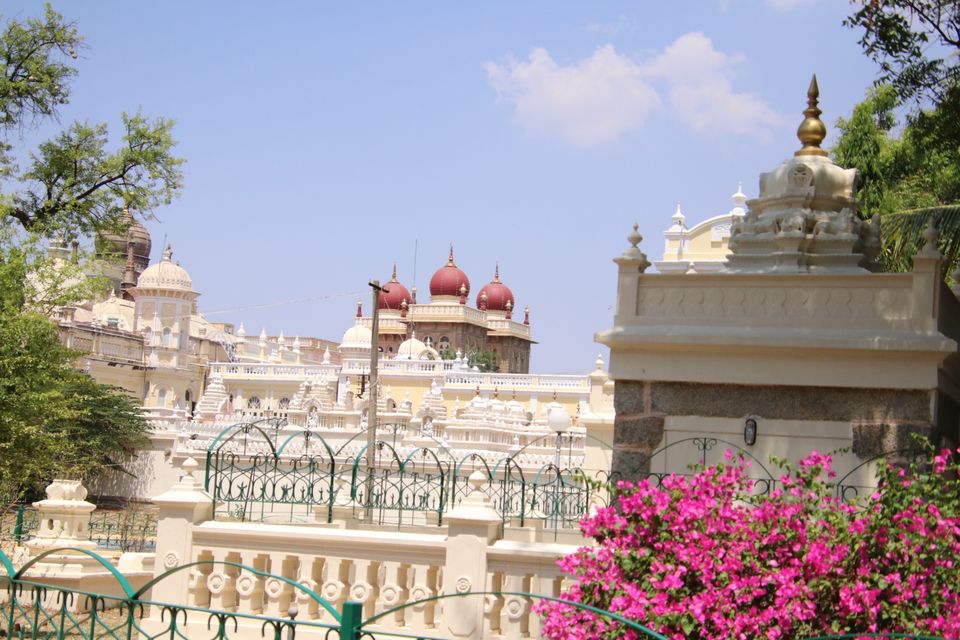 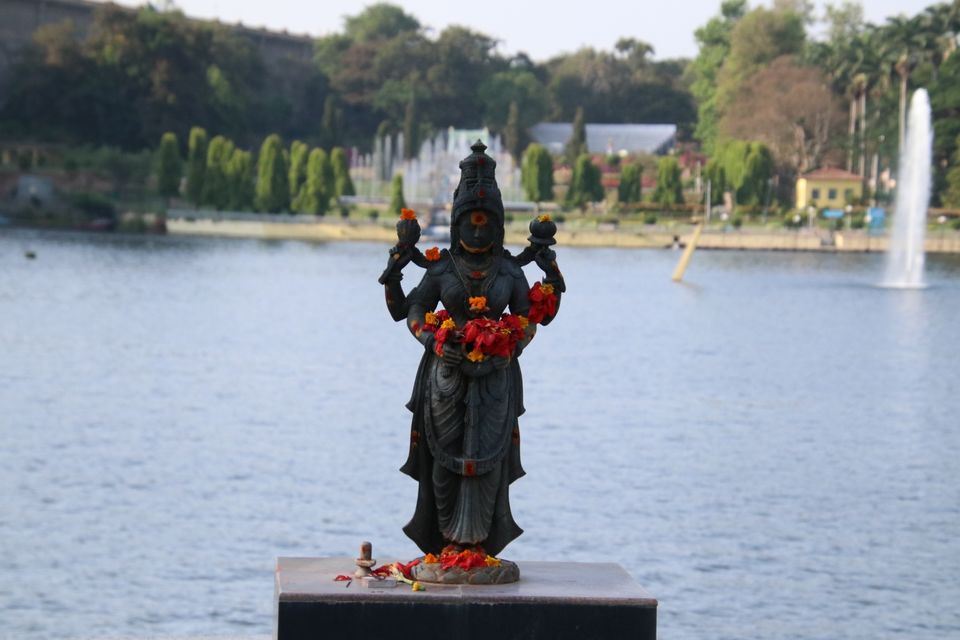 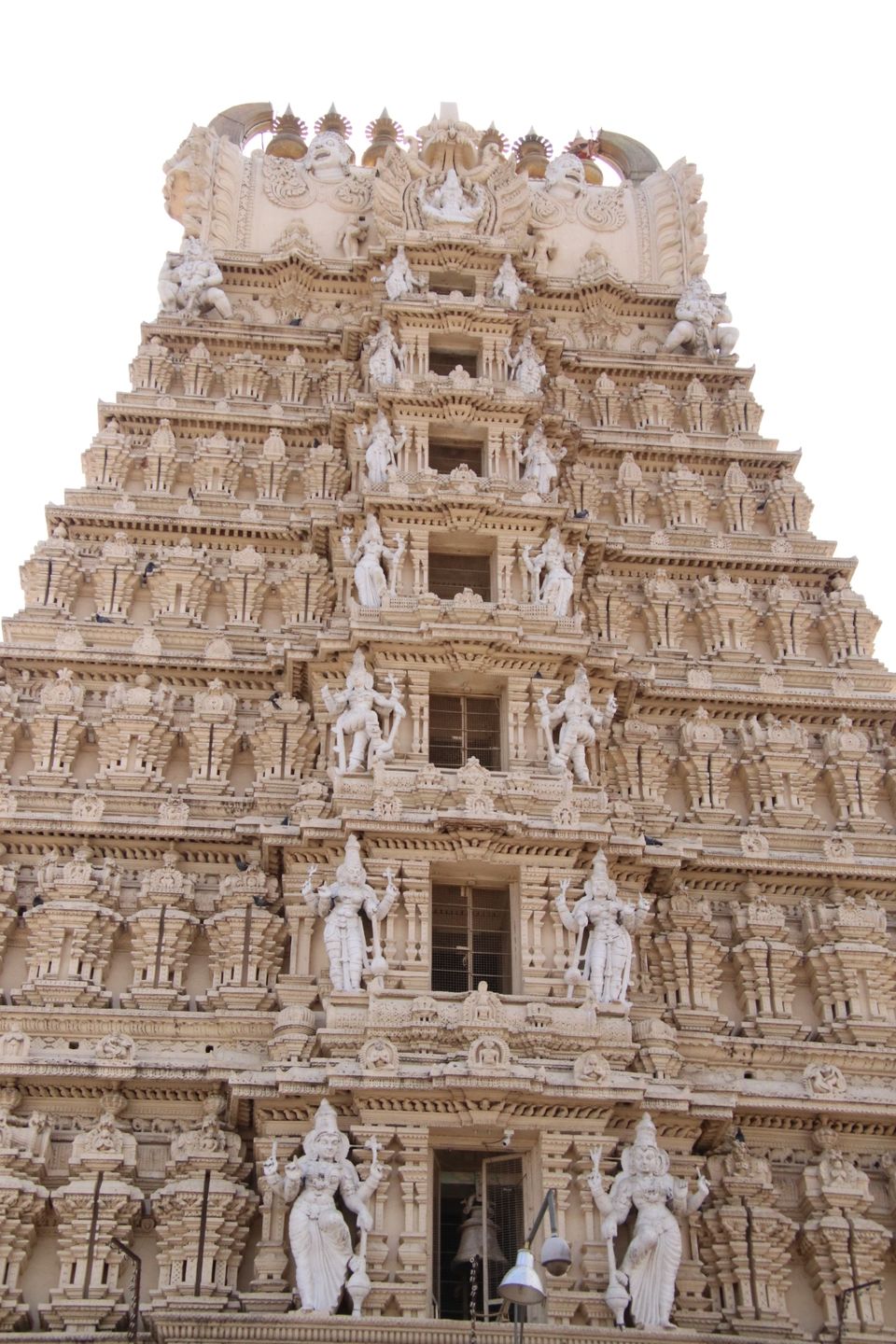