Karnataka Travel GuideKarnataka TripsMysore - The Only City In The Country To Be Named After A Rakshasa.

Mysore - The only city in the country to be named after a rakshasa. 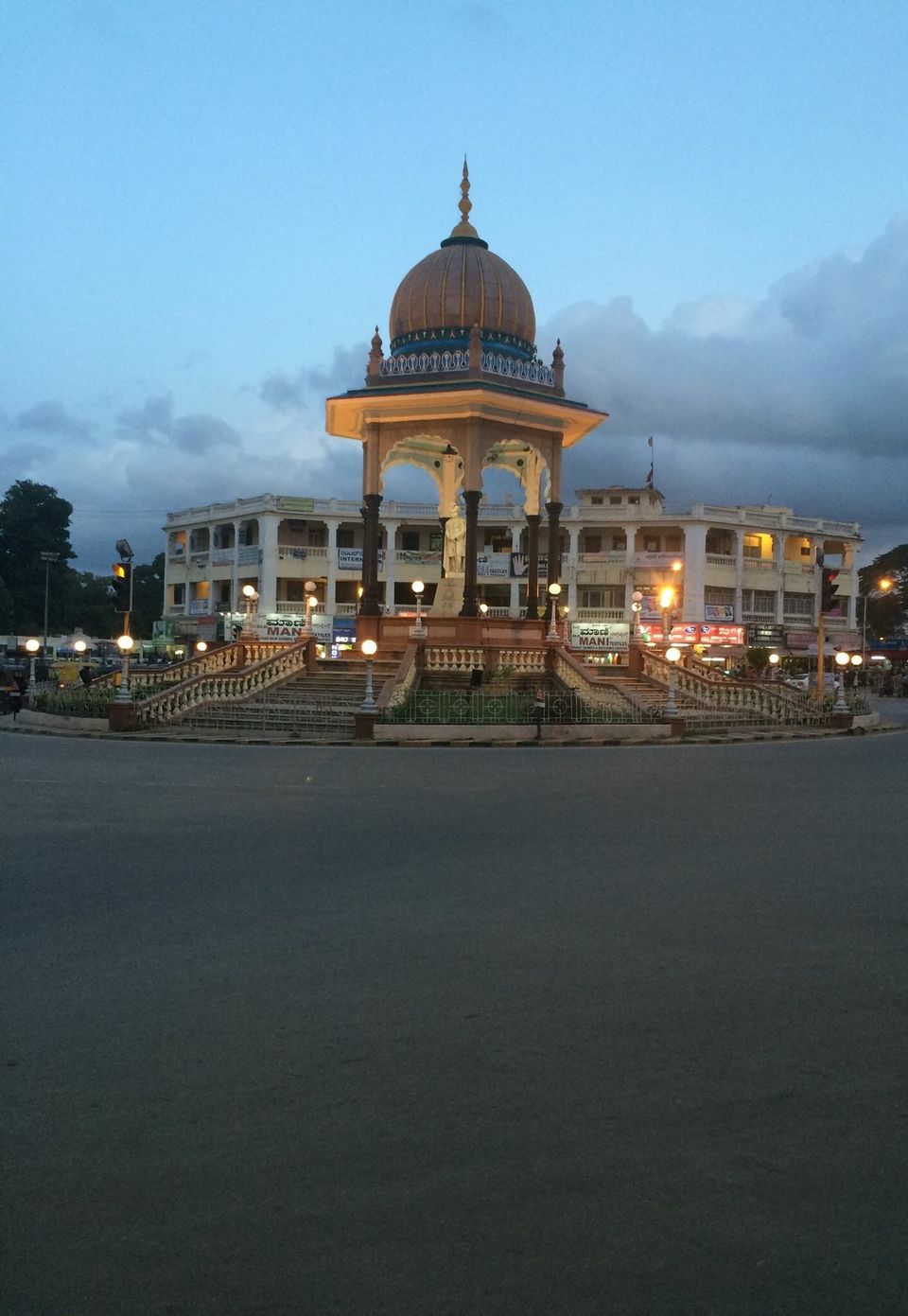 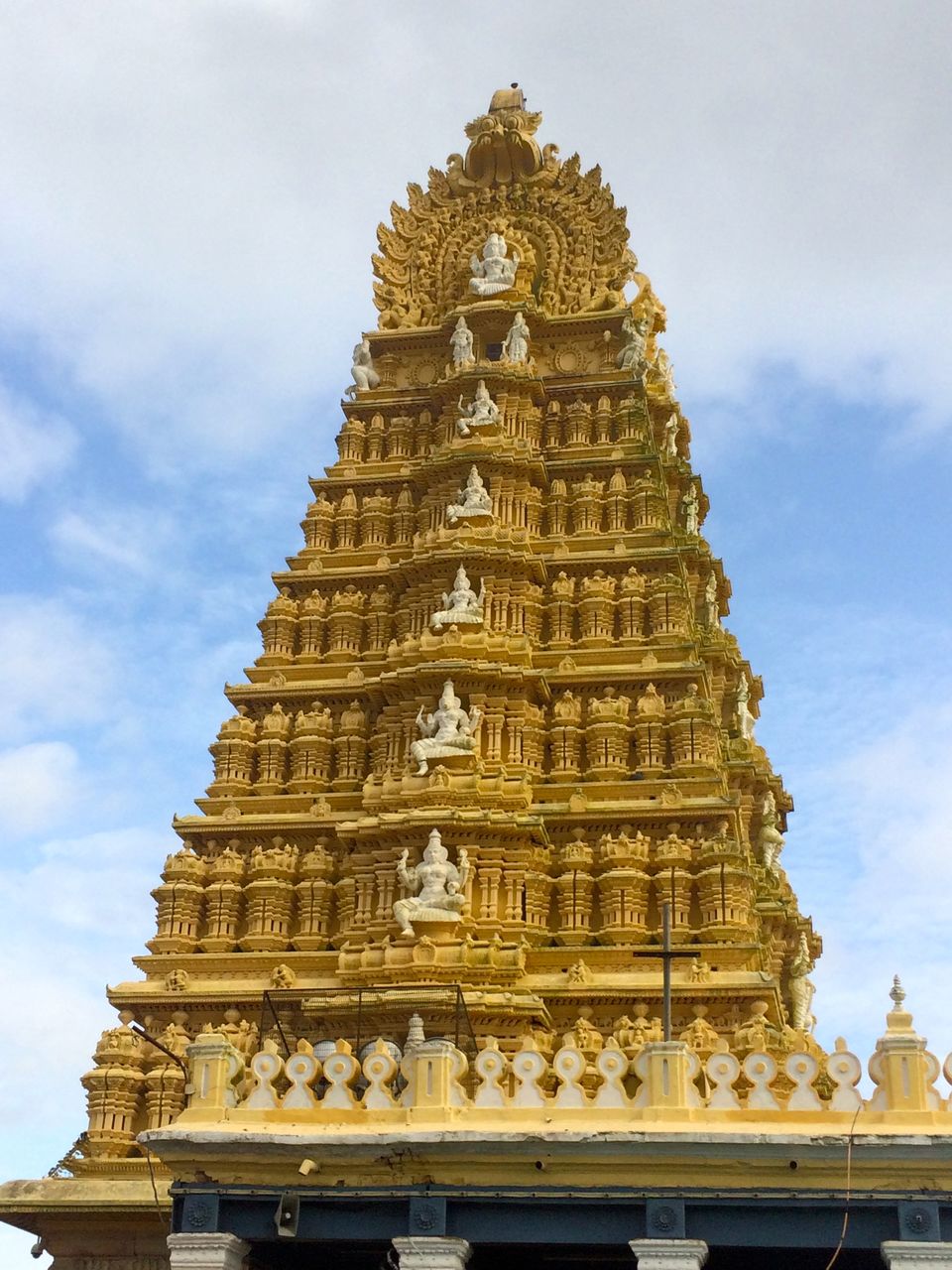 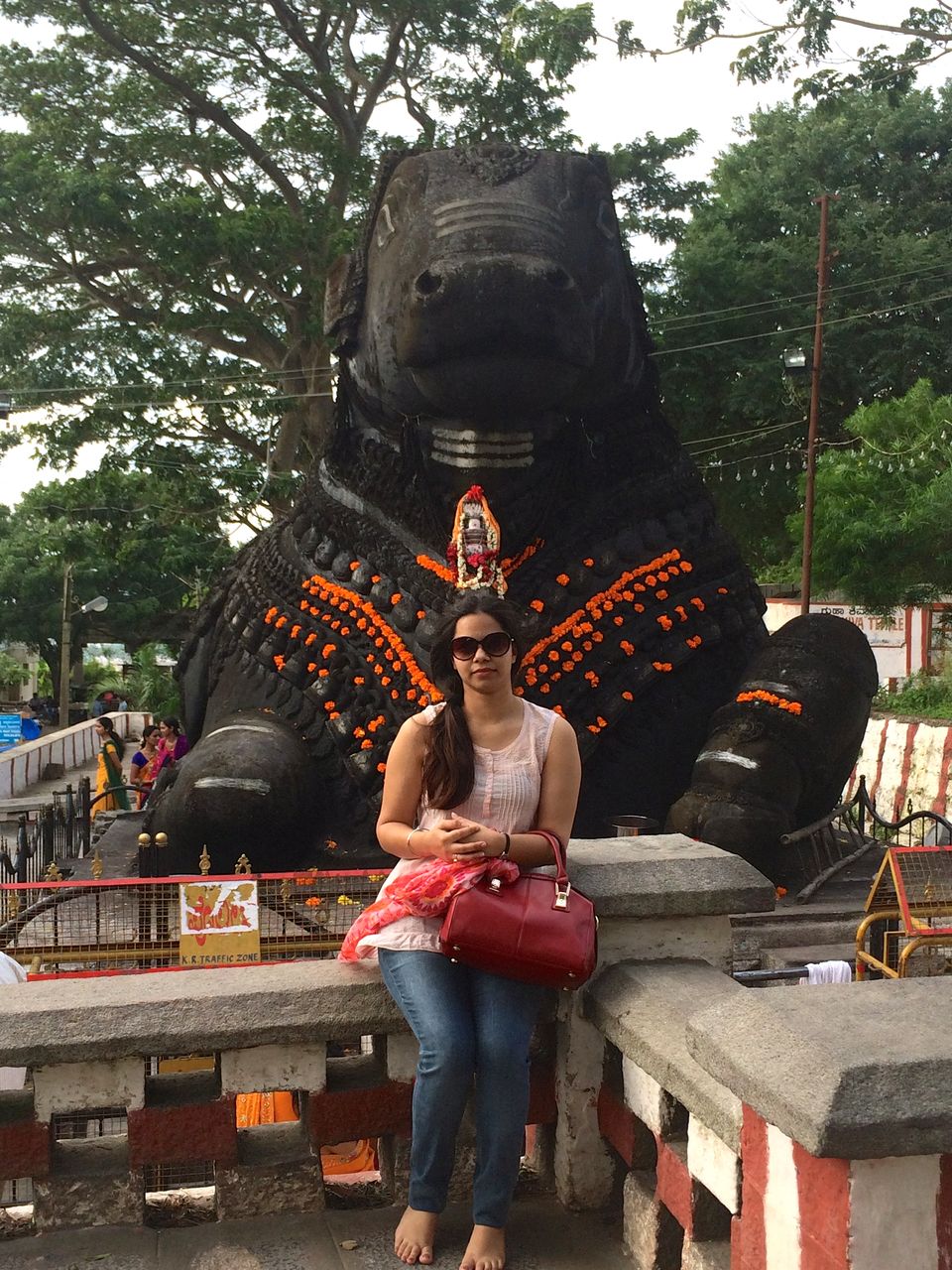 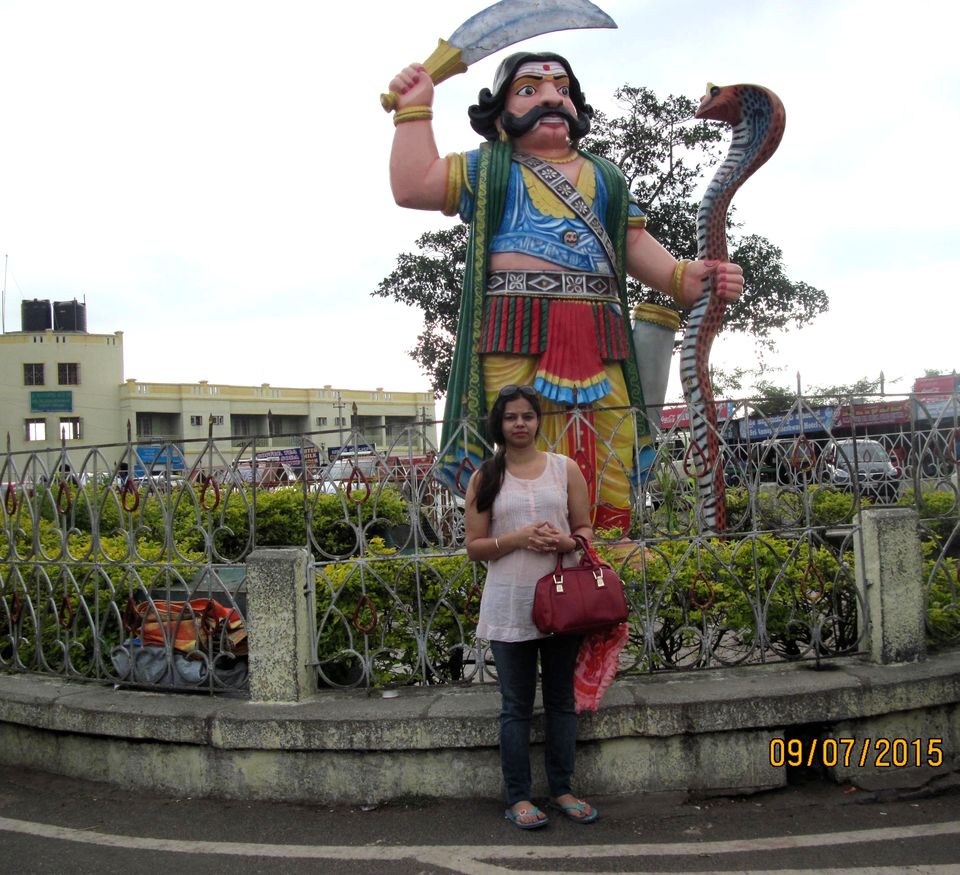 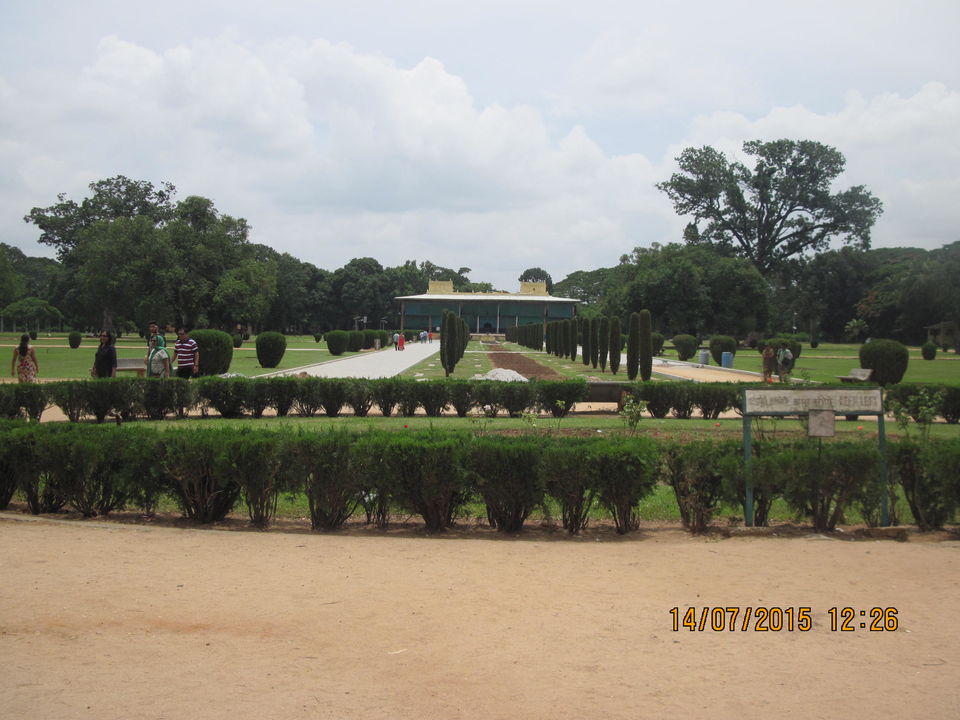 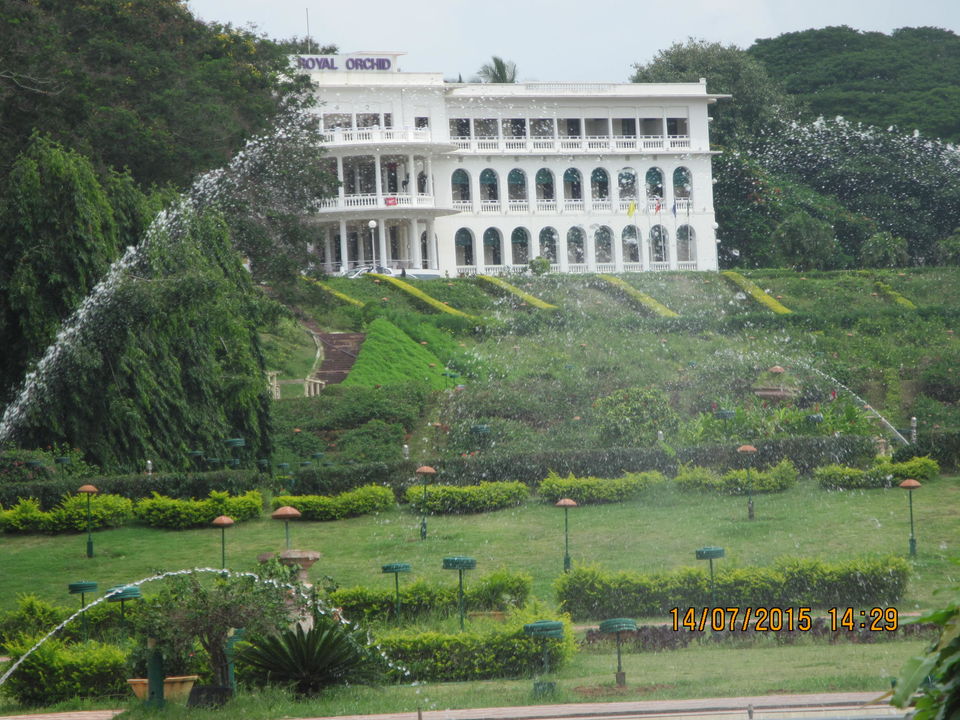 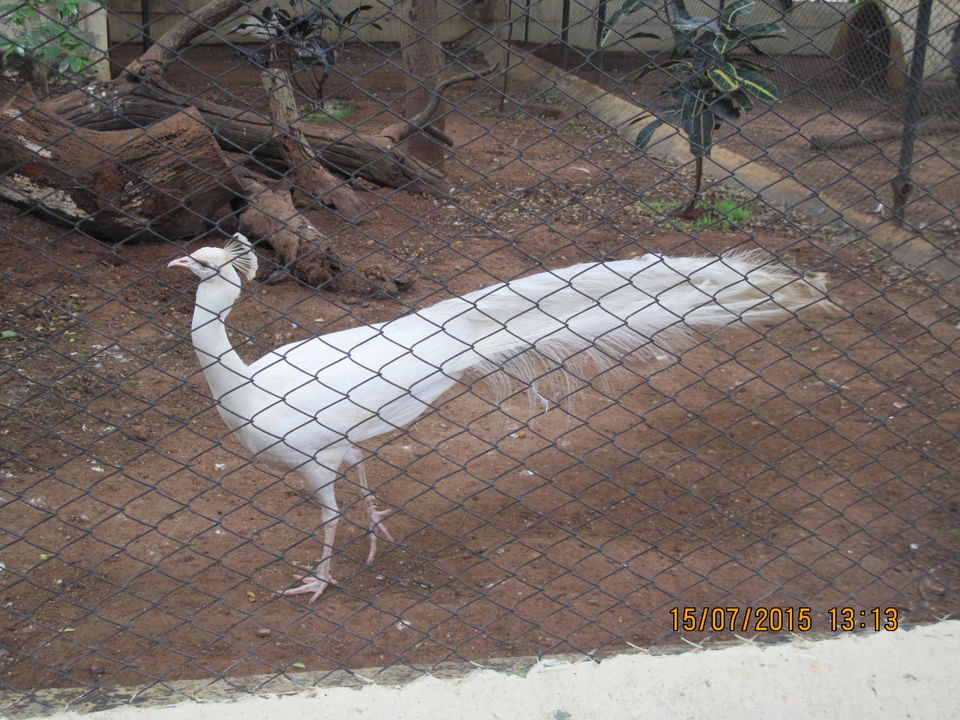 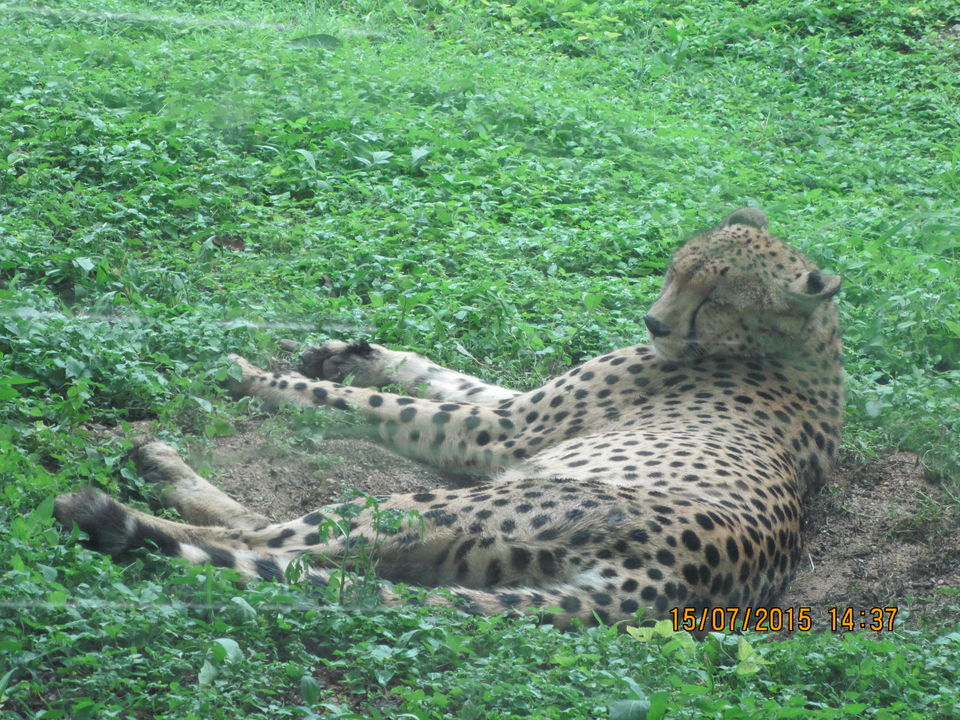 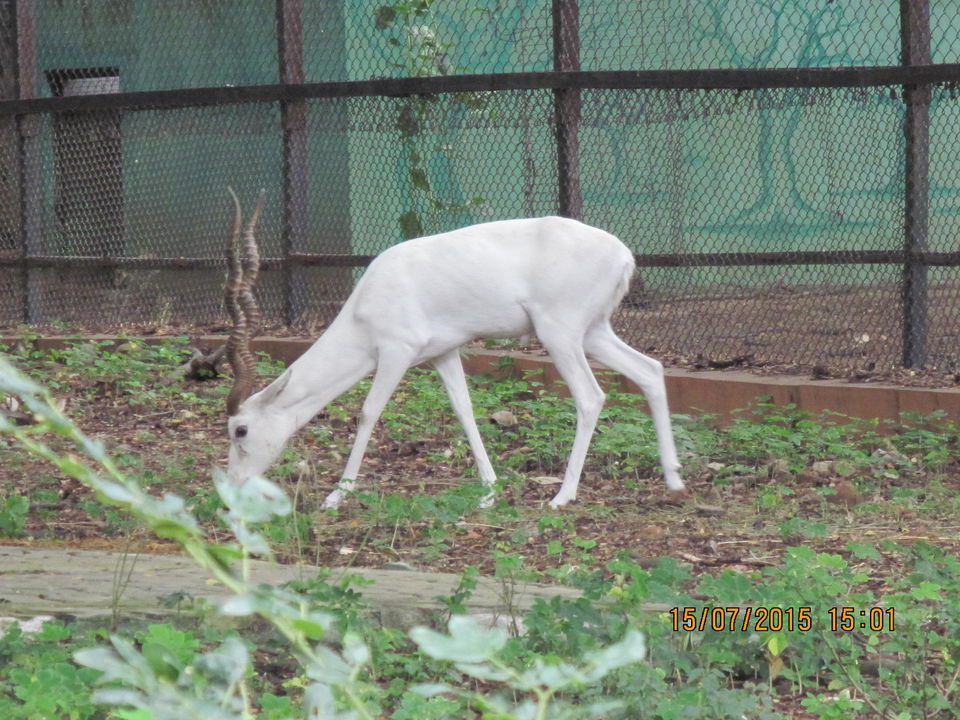 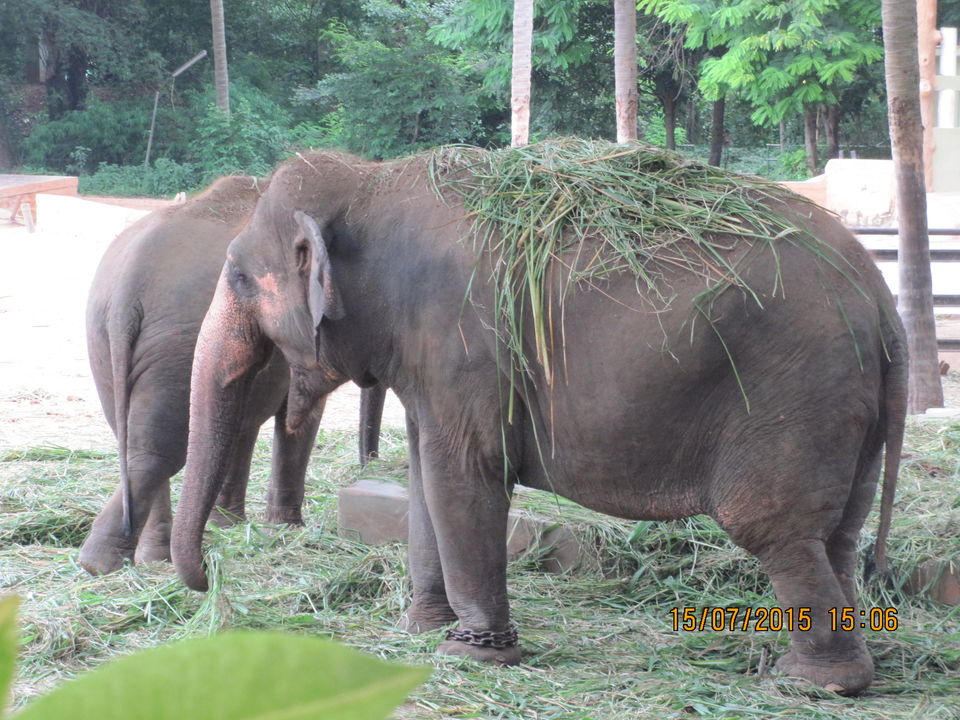 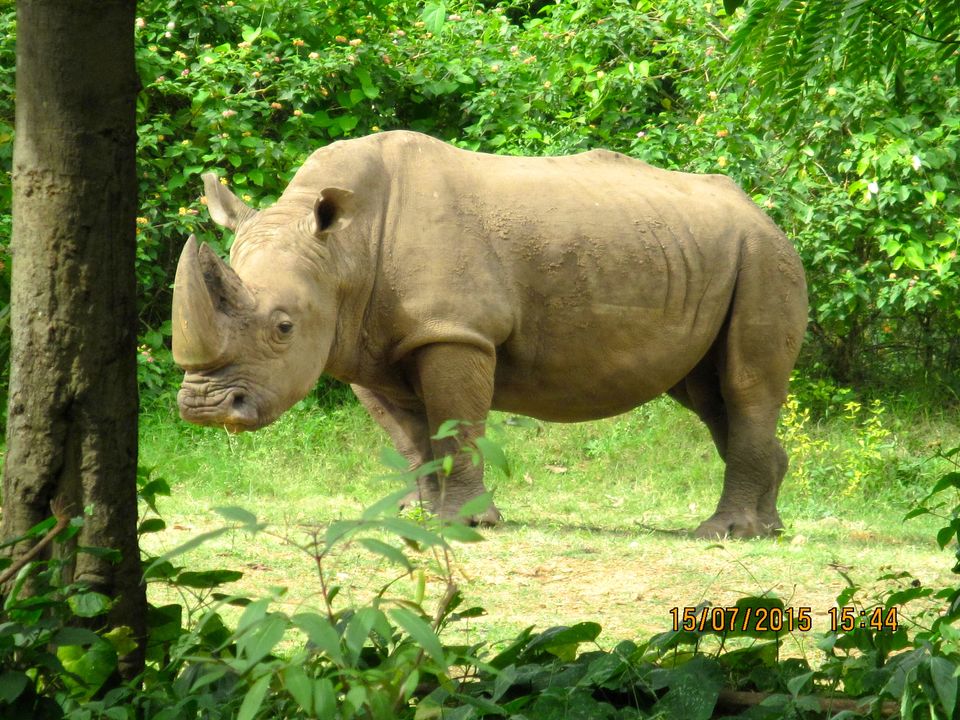 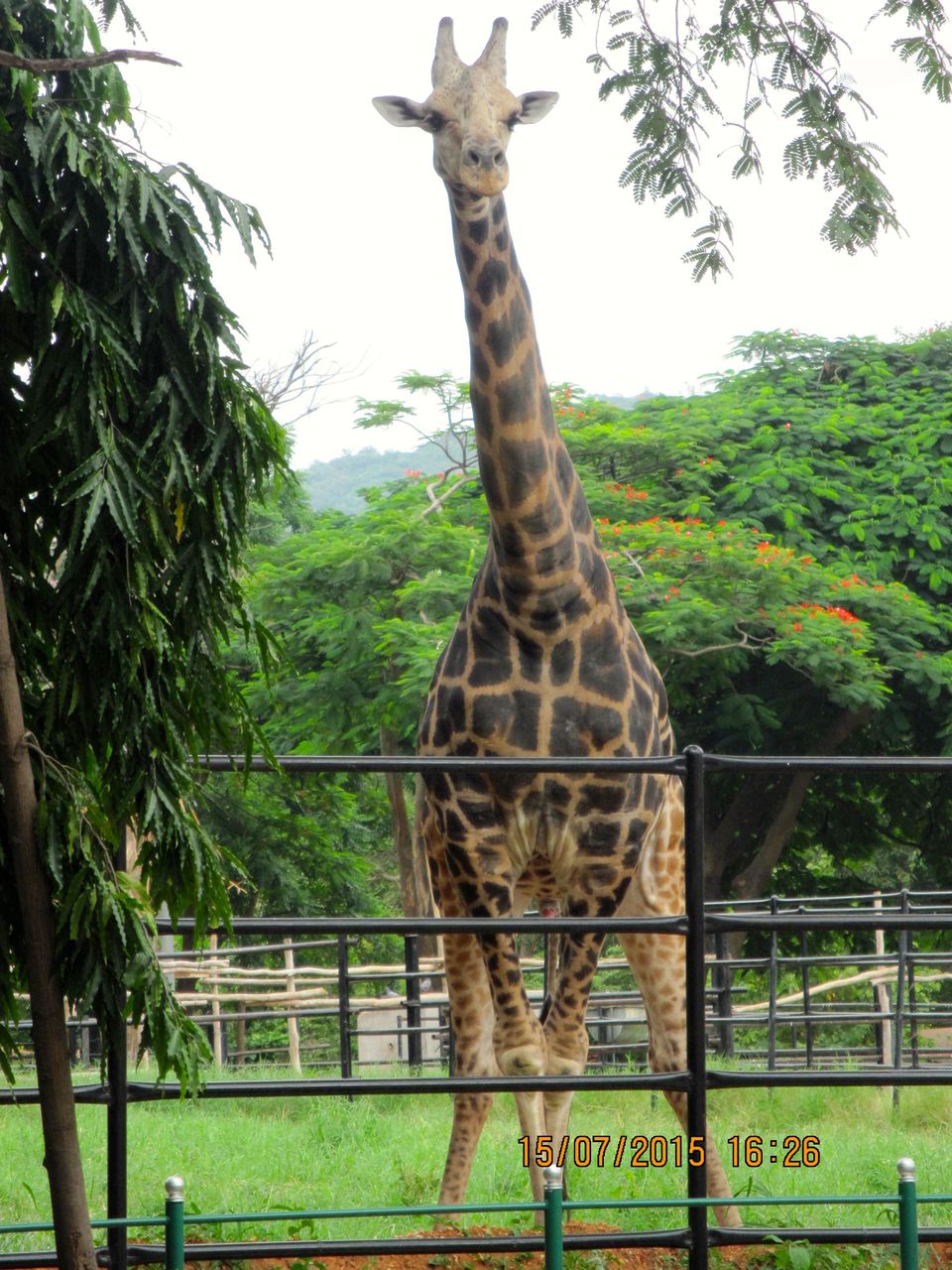 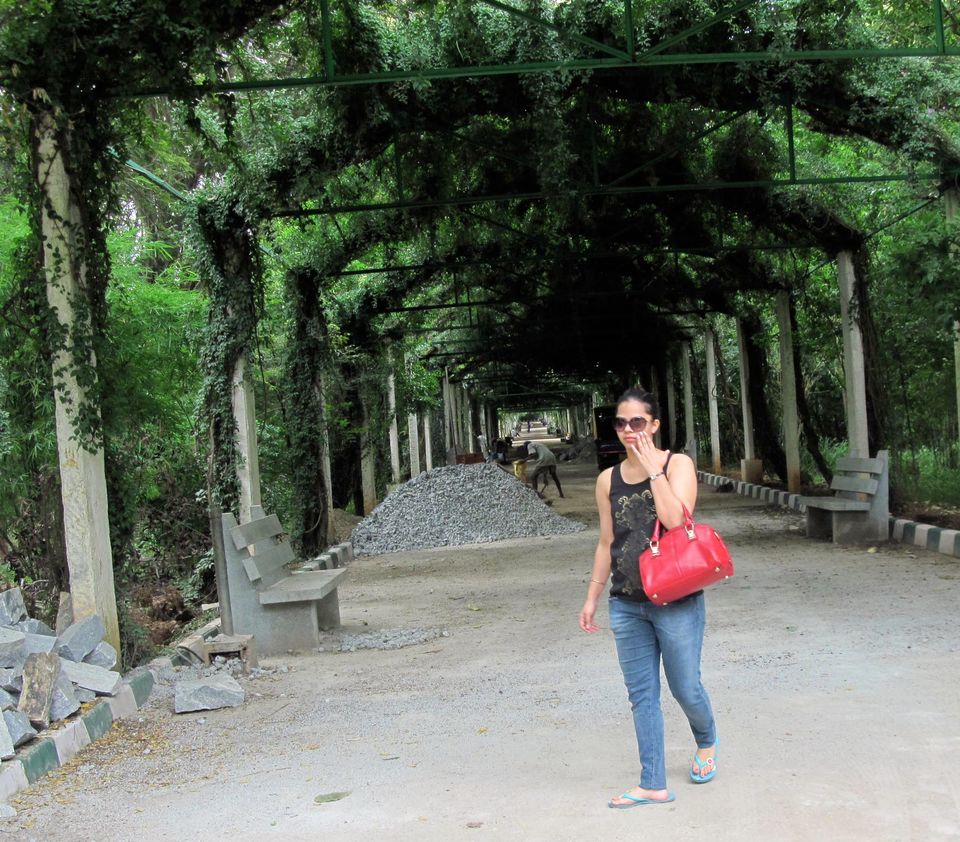 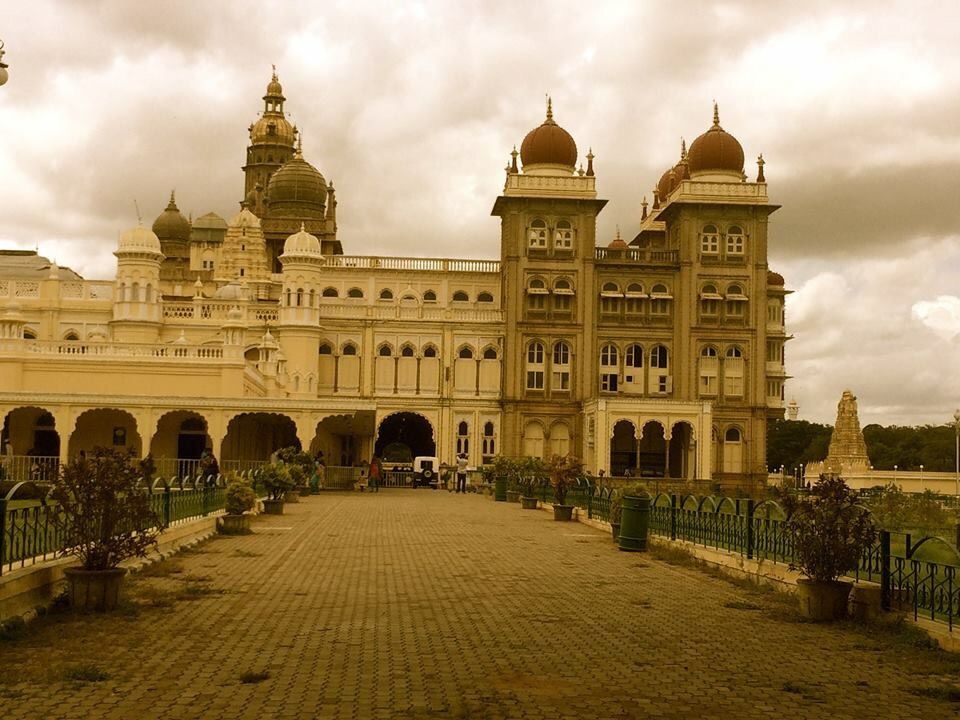 7th July 2015 - I am pretty excited for this trip so as our flight is scheduled at 1300 hours, i reach the Chandigarh Airport around 1130 hours so as to avoid chaos and end moment delays. As i sit at the airport waiting lounge, an hour is left for me to board the plane which seems too long. As i go through a magazine, eat sandwich still the needles are probably going too slow or is it i am in a rush.

Finally, the call comes and i proceed to board the AirAsia flight to Bengaluru. In the flight, i am taken back to my good old days as cabin crew and take a nap. On opening my eyes, the flight has landed and Namma Bengaluru welcomes me with such an amazing weather. Its 1600 hours, by the time i come out of airport to take a taxi to Mysore its 1700 hours and i am left with 4 hours journey more to reach dad's friends house which is in the heart of Mysore city.

The taxi journey is seeming rather long than the flight of 4 hours and i am hungry for food as the last bite of grub i had was at the airport. We stop at a place short of 2 hours from Mysore to eat. The place Kamaths where we stopped near Ramanagaram, is rather nice and the idli's are famous here,as they come rolled in banana leaf. Idli's like this i have never eaten before, so delicious and soft.

So, after the stomach is full, we start the journey and reach Mysore around 2100 hours. I am tired and exhausted, as a day before the journey, we had guests at my home, and the packing was all in a jiffy.

Next morning is a pleasant one, as i visit the KR circle and rather excited to see the palace. The Mysore Palace is on the top list of tourist attraction. The best thing about the palace is, its building which is surrounded by lot of greenery. Each palace door made of wood depicts intricate carvings. The inside view is awe-inspiring, leaves you spell bound for a second seeing the paintings and the craftsmanship of those years. There are 3D paintings of the Maharaja and the Maharani etc.

As we finish seeing the whole palace its evening, and we take a stroll in the market adjoining the KR Circle. The market is a good place where you can see the local crowd.The day is well spent and its time for a good nights sleep.

Next morning we head to the Mysore Zoo. Its 2nd on the list of tourists after the Mysore Palace. Probably this is the best zoo i have ever seen till date. As we purchase the tickets and enter, its starts raining heavily. Though there's hardly any crowd we see,so we assume it must be like the other zoo's. We rent two umbrellas and begin our journey on foot unaware of how much we need to walk and what all animals, birds we will be seeing.The zoo houses a large variety of animals like Giraffe, Gaur, Cheetah, Elephants, Flamingo, Zebra, Monkeys, Langur, Lion,Snakes, Crocodiles, Tortoise, Peacock, Jaguar, The Nilgai, Blackbuck, Rhino, Scarlet Ibis,Royal Bengal Tiger, Moluccan Red Lory, Rainbow Lorikeet, Grey jungle fowl, Sun Conure, Parrots,Deer, Khaleej Pheasant, Sarus Crane, Black necked Swan are the names which i remember amongst the huge list of animals,birds,reptiles. There is massive aviary (a netted enclosure) with a bridge passing right through the centre, visitors can walk through it and observe the birds closely. The zoo runs the animal adoption program, the adopters name and durations is displayed. Another important aspect of the zoo is "No Plastic Zone". If you carry anything,they will ask you to transfer it into the paper bags provided by them. This is the first thing they do as you enter the zoo premises.There is a battery operated vehicle for those who do not wish to walk.

The Chamundeshwari Temple is situated on Chamundi hills which is a pretty nice and relaxing drive from the city. The plus point of the city being the weather always at its best,you seem to enjoy more. As we enter the temple, people with roses in hands are standing so that you can buy and give offering to the deity. The doors are of Silver and as we proceed further inside,its quite a soothing effect and you feel energised with positivity. Around the Chamundi temple are two more other temples which can be seen by the visitors and while going back you see a statue of the Asura (The Demon).

Few minutes away is the Nandi,vehicle of Lord Shiva.You can see after you have visited the temple and going back.

Next day, on the list was Brindavan Gardens which is quite famous through out the India. 18 km away from the city of Mysore, the roads are quite bumpy and not well carpeted so thats a big turn off.The garden could have been more well maintained and the entrance could be a little better, for me going from a city like Chandigarh it was a little disheartening to see the Garden in such a state, being the most visited spot by tourists. The garden is on either side of the KRS Dam. On weekends, many people come to see the Gardens and Dam and their is no parking space for vehicles.

Close by Brindavan Gardens is Tipu Sultan's Summer Palace and Museum. Dariya Daulat, "The wealth of the sea" referred to as the Summer Palace of Tipu Sultan. The palace is built square in plan, built on a raised stone plinth, with teak pillars running along the outer edge, enclosing a corridor. All the walls and ceilings of the entire palace are painted. The paintings depict the victory of Haider Ali and Tipu over the british led by Colonel Bailee. After the death of Tipu in 1799, this palace was occupied by Colonel Arthur.This monument is of national and historical importance.

The few days have ended with good memories, and its time to bid adieu to Mysore.

SOMEDAY I WILL BE FREE AND TRAVEL THE WORLD.

The Brindavan Gardens, a celebrated beauty spot in this part of India is famous for its symmetric design. The creation of this garden is the achievement of Sir Mirza Ismail, then the Dewan of the princely State of Mysore. Garden is enriched with fountains, lush green lawns, flower beds, shrubs and trees. The Brindavan Gardens is famous for its ethereal beauty, grandeur, and illumination,musical fountain.

Mahishasura - the asura (demon). His father was Rambha and he fell in love with a princess called Mahishi who was cursed to be water buffalo. Asura was born out of their union. Hence, he was able to change human and buffalo form at will. (Mahisha is a sanskrit word meaning buffalo).

The Chamundeshwari temple was built in 13th century. The temple is located on the top of Chamundi hills about 13 km away from the palace city of Mysore in the state of Karnataka. This temple was named after Chamundeshwari or Durga, the fierce form of shakti . This is considered as the shakti peeth and is among the 18 maha shakti peeth. The temple has a seven storey tall Gopura/Gopuram decorated with intricate carvings. The deity of the goddess is said to be made of Gold and the entrance doors are of Silver.

Mysore zoo is one of the oldest zoo in country and the best i have ever seen. The entry fee is mere 50 Rupees per person which seems very nominal as compared to the inside view.This is the second tourist attraction after Mysore Palace.

This huge granite Nandi (the bull mount of Shiva) is situated on the Chamundi Hill step. This is over 15 feet high, 24 feet long and around its neck are exquisite bells.

This palace was built during the regime of Krishnaraja Wodeyar IV after old wooden palace was destroyed by accidental fire in the year 1897. Rupees 42 lakhs were spent on its construction which took 15 years for completion (1897-1912). Inside the palace are phenomenal 3D paintings and on the walls one can find the whole history painted artistically. On Sunday evenings, the palace is well lit up giving the onlooker a magnificent view.

If anyone is from the city Chandigarh, then would know the importance and beauty of the Circle and the charm it adds to the city.