Today, my family and I (from Udupi) decided that we needed to acknowledge the beauty of the neighbouring Taluk of Karkala, and we acted on it by taking a trip to the town and its outskirts.

Karkala is a taluk in the Udupi district of the Indian state of Karnataka, which dates back to the beginning of the 10th century.

The Alupas were the first to rule Karkala. Their rule was followed by the Santaras, who were the feudatories of Alupas for many years. Karkala, or ancient Pandya Nagari, attained political and cultural importance from the time of the Kalasa-Karkala kingdom that was established by King Bhairava between 13th and 16th centuries. They appear to be the descendants of the Santara chiefs, who ruled the Western Ghats region around the 11th century AD.

The first important King was Veera Bhairava, who constructed basadis (Jain temples) at Karkala and endowed land and money to numerous temples. One can see these basadis all around the town and in the outskirts as well; in places like Moodubidri, Varanga, and in the town of Karkala.

First, we visited Varanga, a serene hilly village surrounded by lush greenery, which was the most refreshing thing to do to start the day.
There are three basadis in the areas.
1. Chandranatha Basadi
2. Kere Basadi
3. Neminatha Basadi

The Chandranatha Basadi welcomed us as we entered the area. It is also known as the Matada Basadi because it houses the Jain Mutt. It is believed that this Basadi has the history of 1000 years. The main deity worshipped here is Chandraprabha, the 8th Tirthankara.

Once we were done with admiring the beauty of the interiors of the Chandranatha Basadi, we waited in a queue to get to the 850 year old Kere Basadi whose uniqueness is that it is situated amidst a beautiful lake full of water lilies, fish, and turtles. This basadi is also called the Jalamandir. The Basadi is dedicated to Lord Parshwanath, the 23rd Tirthankara, and it is a chaturmukha; an architectural structure that has four entrances in four directions. The Kere Basadi houses the idols of Lord Parshwanatha, Lord Shanthinatha, Lord Ananthanatha and Lord Neminatha in the Kayotsarga posture facing four different directions. The only way to reach this Basadi is in a small wooden boat. Since it was a Sunday, the place was crowded; a situation that I'm not very fond of, but we anyway stood in line and waited for about 20 minutes for our chance to come, because what use would it be to travel 40 kms and wait under the scorching sun for 20 minutes for us to not visit the Kere Basadi?

Once we were back on land from our little boat ride to and fro the Kere Basadi, we took a little walk through a huge dry field to get to the 1200 year old Neminatha Swami Basadi. This basadi was constructed during the reign of Varanga Raya. It is popularly known as Here Basadi which means Big Temple. The Basadi houses statues of the 24 Tirthanakaras in the Kayotsarg posture. The main attraction of this basadi is the 5 feet black statue of Lord Neminatha, the 22nd Tirthankara in the Padmasana position seated on the 'Kamala Peeta' (lotus seat).

Once we decided that we needed to conclude this visit, we joined the state highway, stopped in between for some delicious lunch at Hotel Rachana, and then drove straight to the town of Karkala. Once there, we stopped at the Gomateshwara hill that features the 42 feet high monolithic statue of Bahubali, well known as Gomateshwara. This is one of the five Gomateshwara monoliths in Karnataka, and nearly 583 years old, built in 1432 CE, it is the second largest Gomateshwara monolith in Karnataka.
The monolith on the peak of the granite hill, was erected by king Virapandya of Kalasa-Karkala kingdom. It stands on a nearly 5 foot high moulded platform and is further enclosed by high brick walls.
I managed to overlook the fact that the climb up the hill was good cardio and say that it wasn't worthy at all because the gates to the entrance of the temple were locked! I hope they soon have this noted to the visitors at the foot of the hill so that they don't have to climb up and down in disappointment.
But, complaints apart, the view of the Western Ghats from the top of the hill, and the Chathurmukha Basadi a kilometer away from the Gomateshwara hill was super refreshing. Apparently, the King, when he had both the statue and the Basadi constructed, had plans of connecting the two with a ropeway or zipline, but we don't know why it wasn't put in action.

There were a few more basadis we took glances of on the way, which we couldn't stop at because of time constraints. There was the Kere Basadi amidst the Anekere lake, the Chathurmukha Basadi, the Savirakhamba Basadi (thousand pillar temple), and a few more. We will definitely need another day to cover these and the rest.

Transport: Public transport is available, but if one wants to travel in the interior areas and make multiple stops to capture the beauty of every single architectural structure, it is preferred to travel in private vehicles.

Distance and time: 40 kms, around 1 hour from Udupi

Cost: Apart from personal expenses like fuel and food, one has to pay Rs. 10 for a ticket to get to the Kere Basadi at Varanga.

Note: Visit Varanga in the summer or winter as boat rides are stalled during rains as the lake's water level rises. If you're someone who isn't very fond of crowds, or you prefer peaceful surroundings, visit any day bwteen Monday and Friday. The place gets super crowded during the weekend. 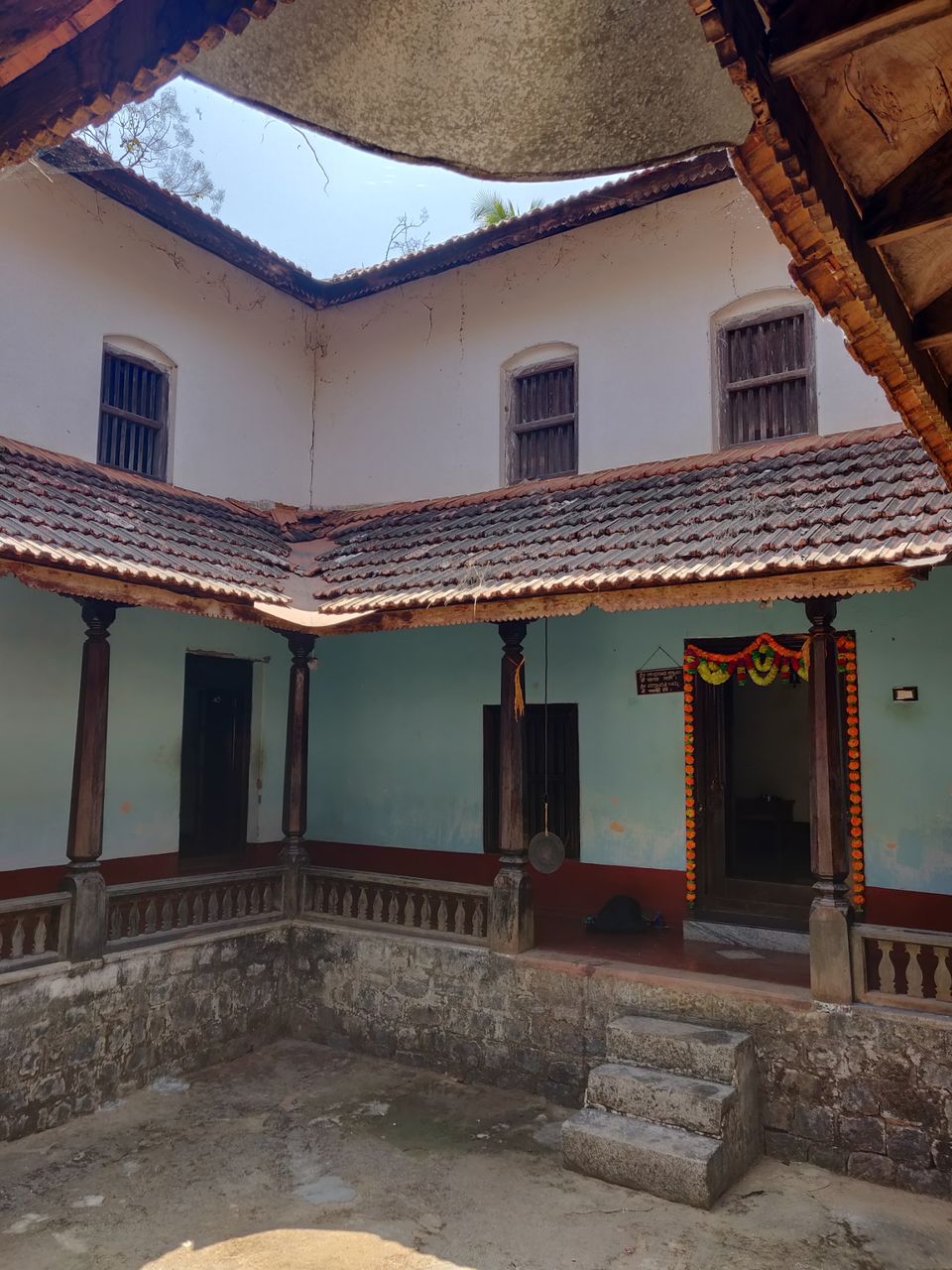 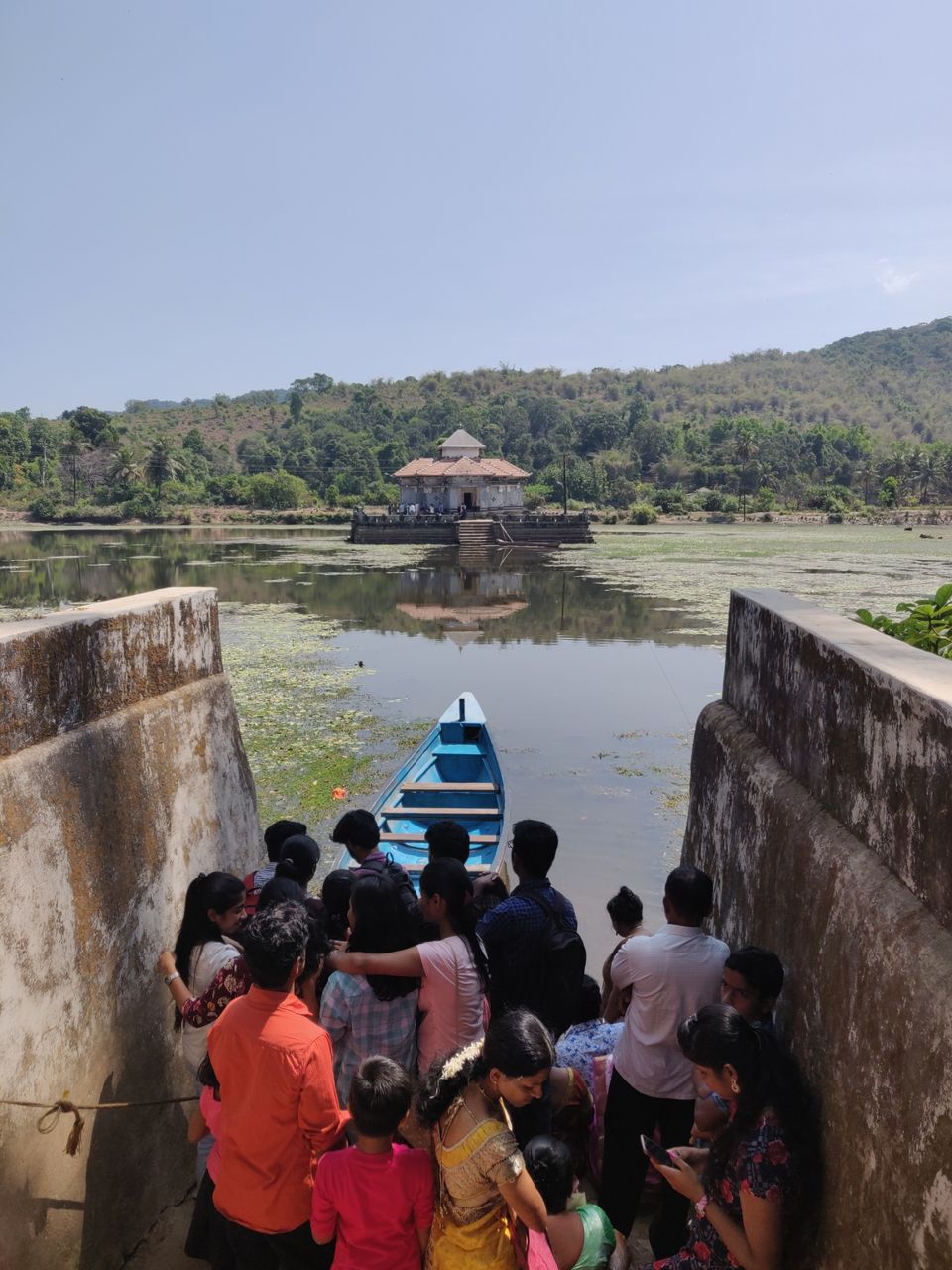 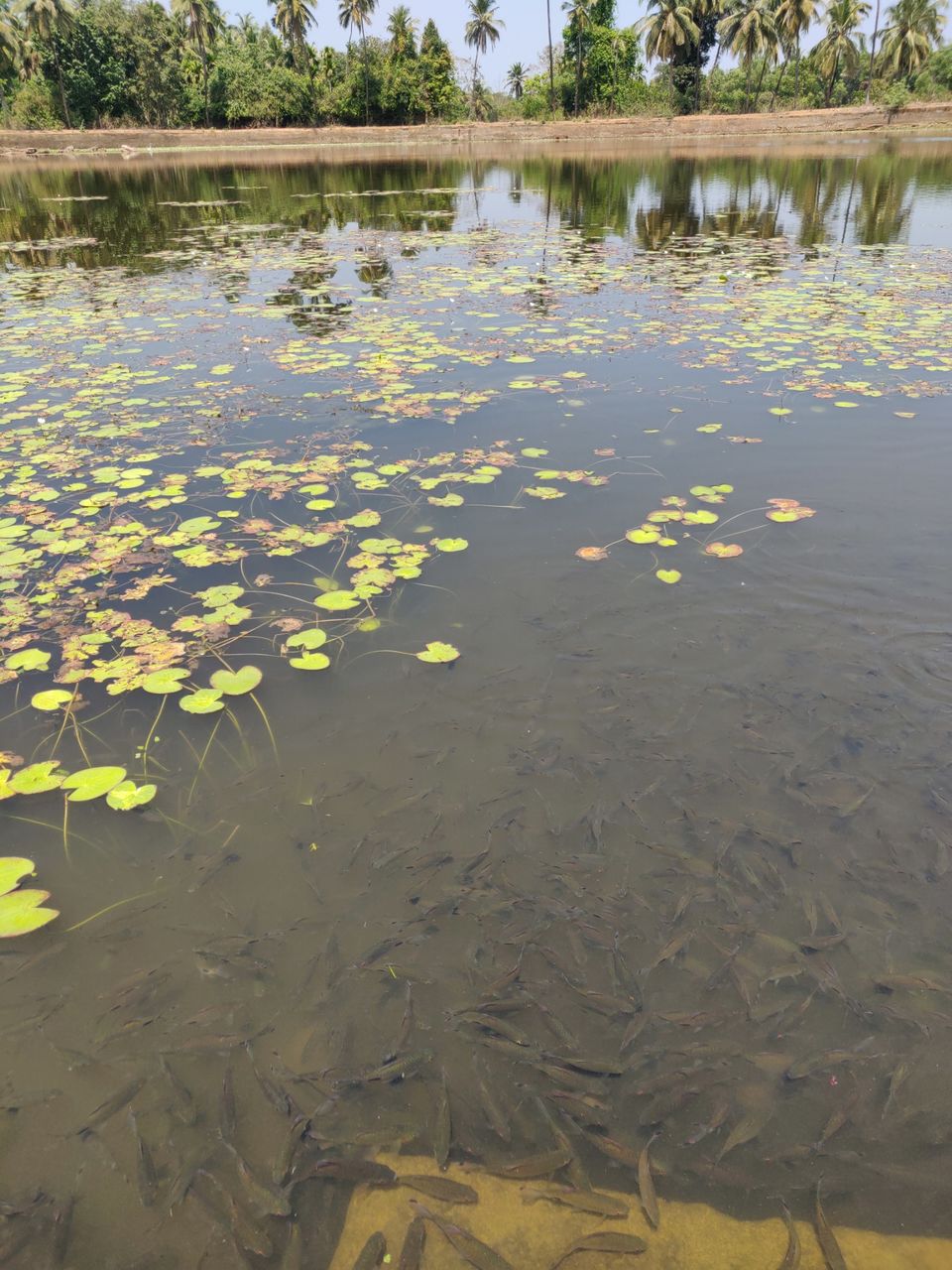 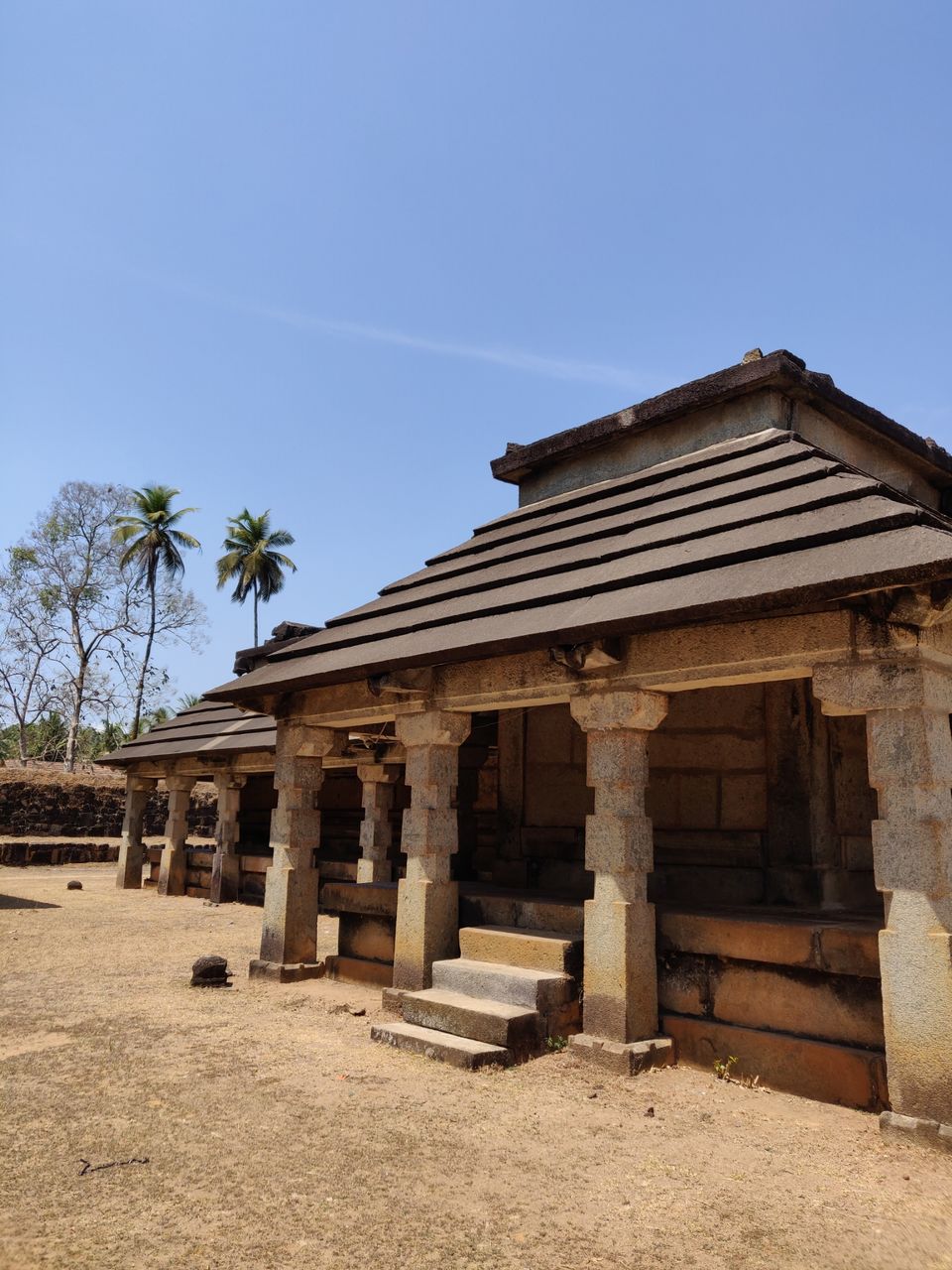 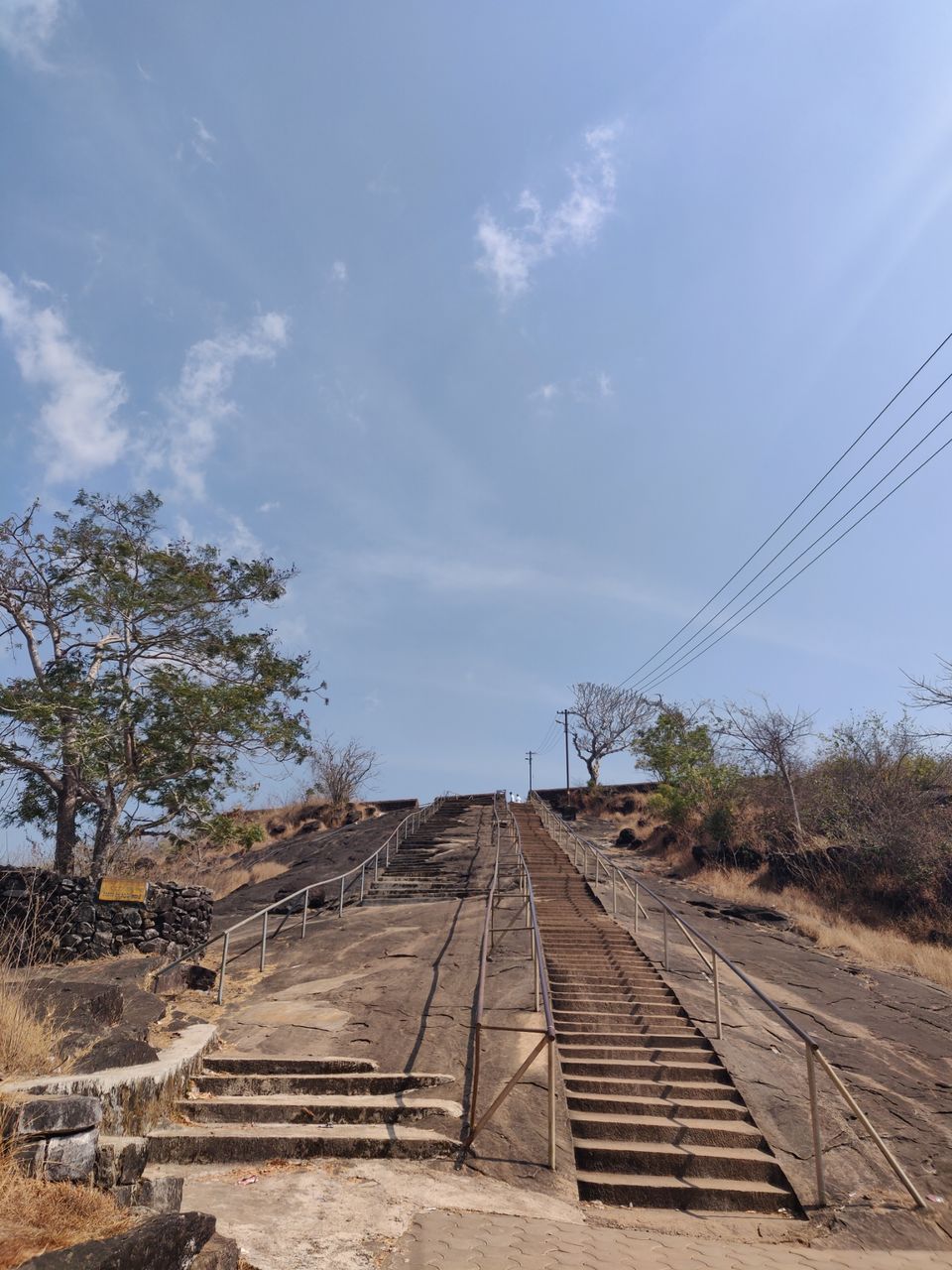 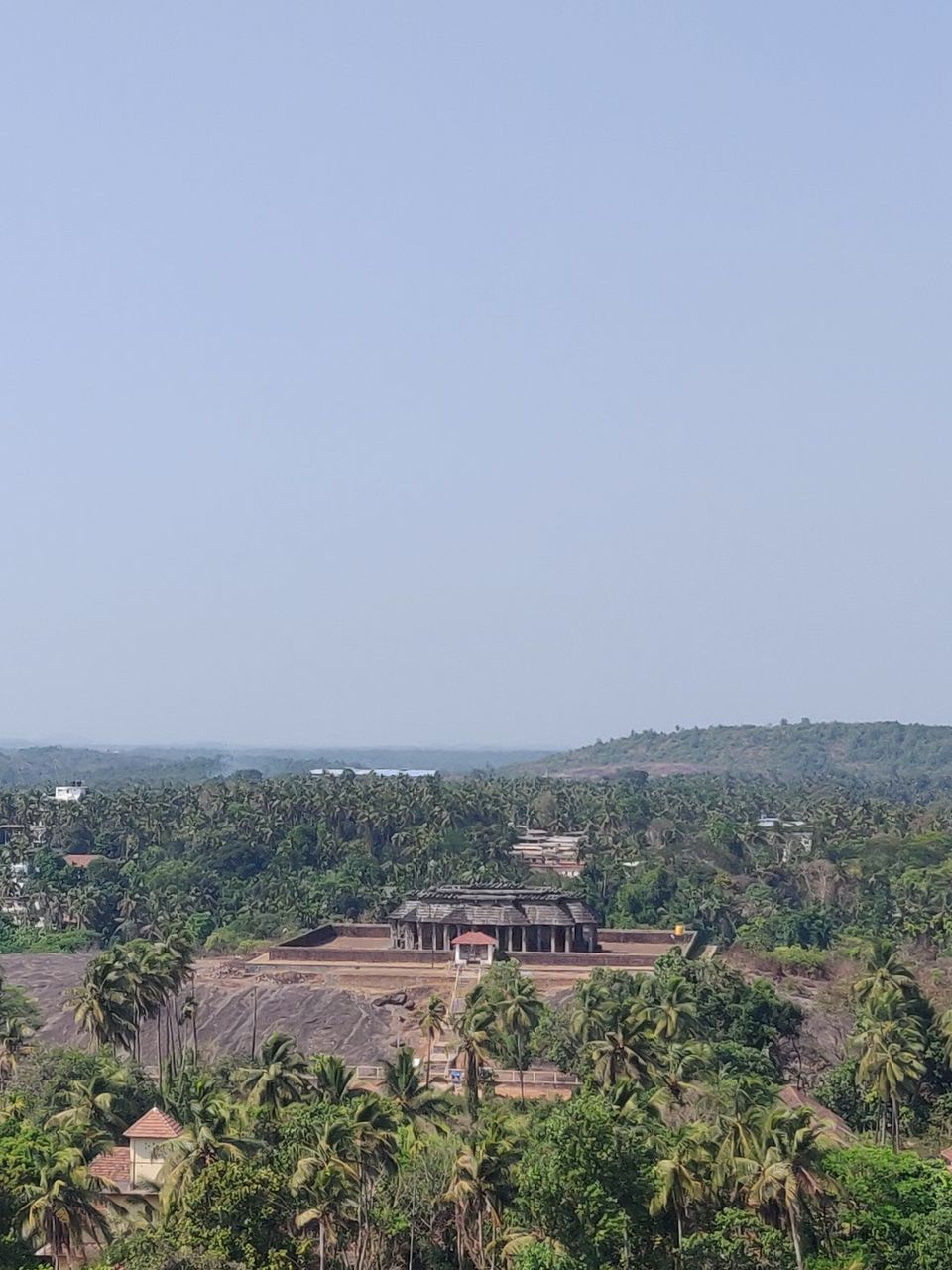 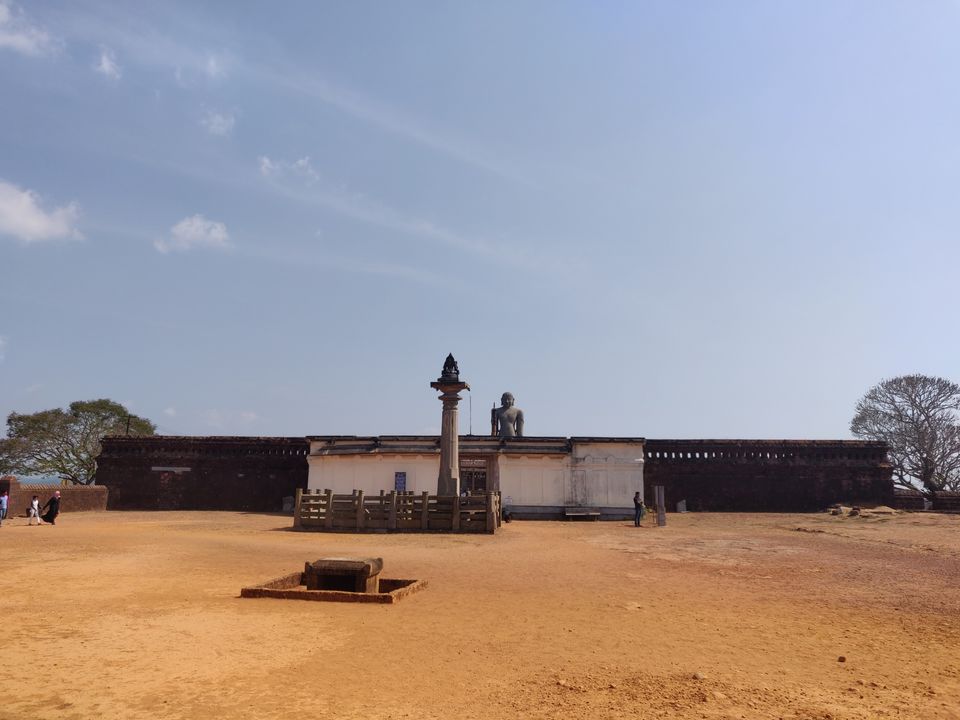 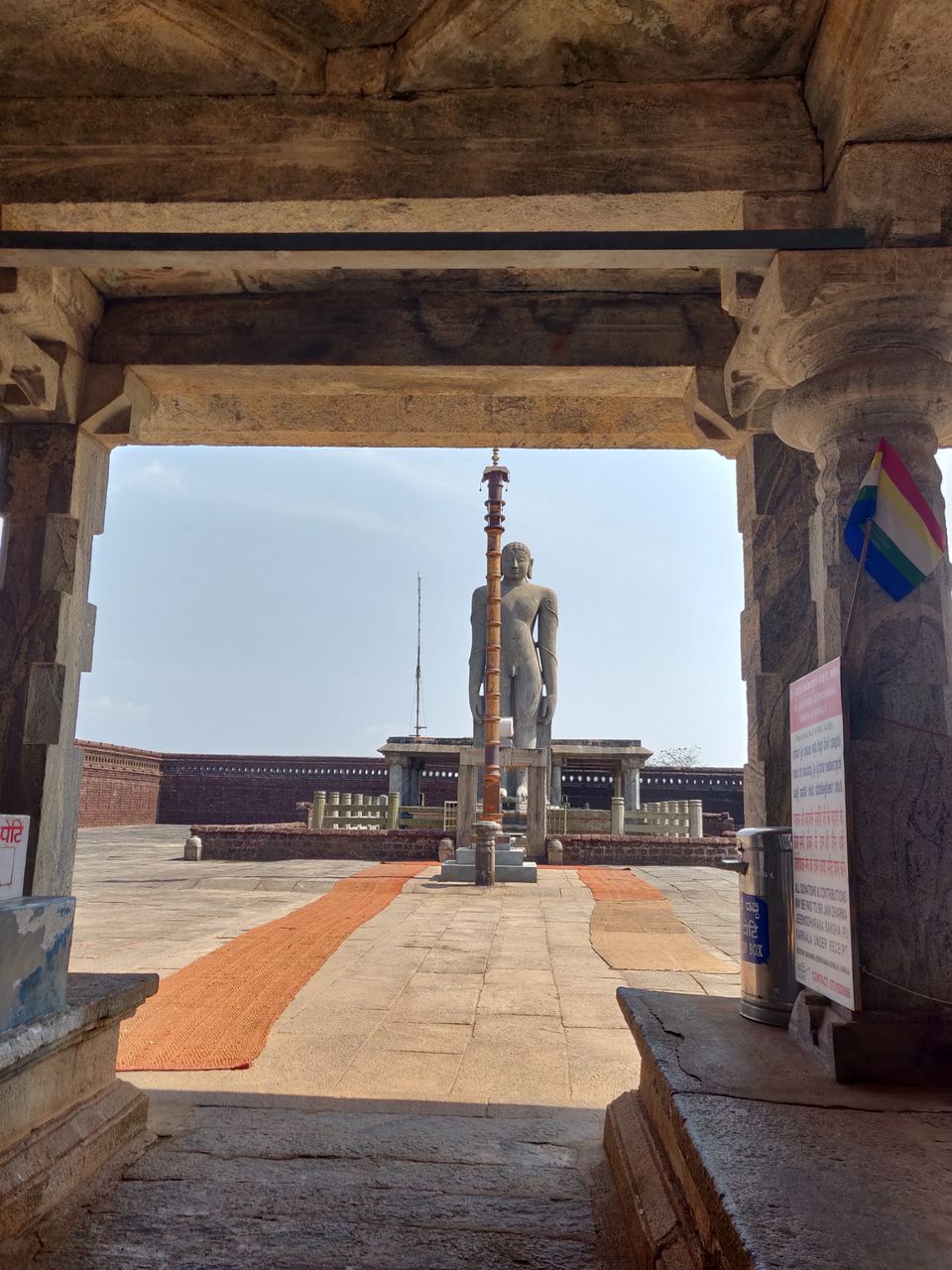 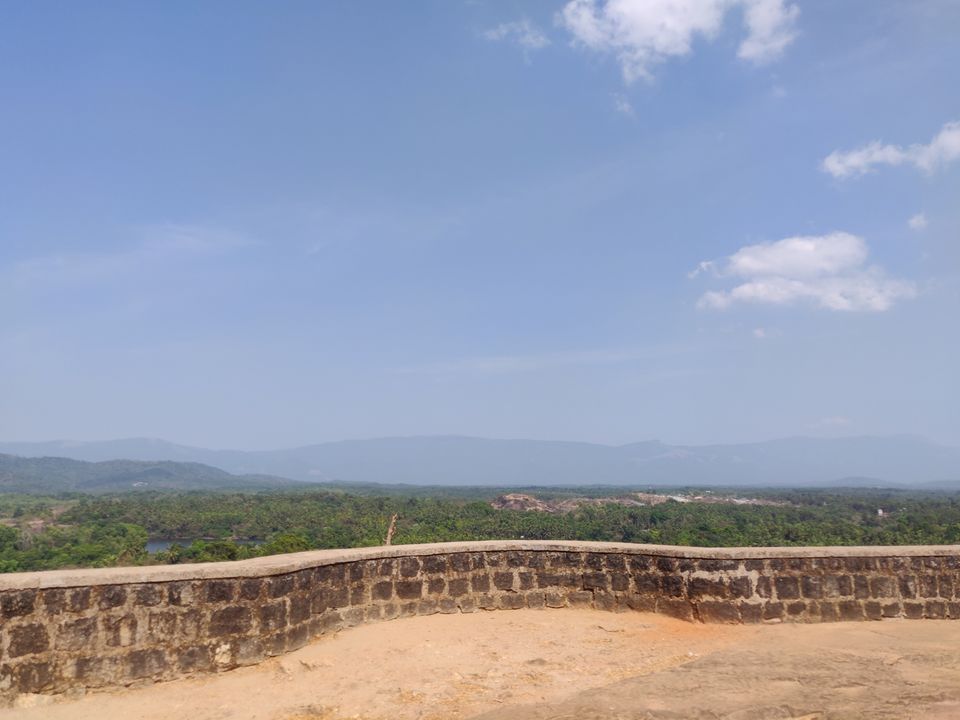