By Monks on Wheels 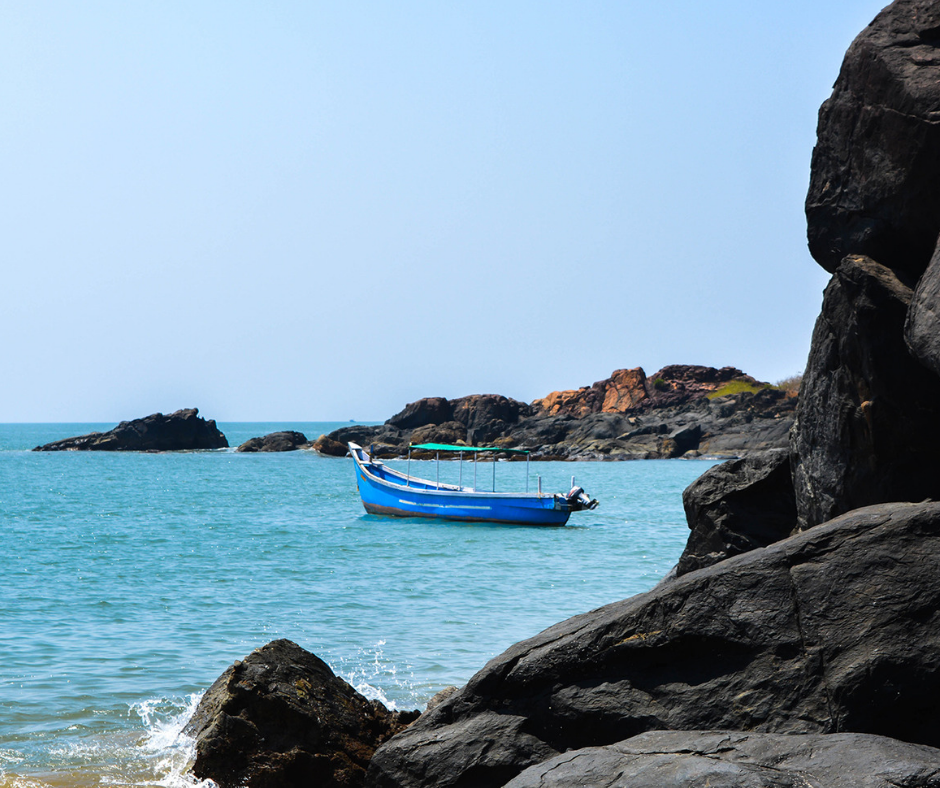 Known as one among the most beautiful creation of god in nature are the coastal areas where we get to enjoy our moments when the water body touches the land in a different form of enjoyment. And Gokarna is one among those places that has the inconsistent beauty of various beaches in one particular place with a distance of 5 km between each beach touching the Arabian Sea.

Gokarna, meaning “cow’s ear” is known as the place where Lord Shiva appeared from the ear of Cow. It is a small temple town located on the western coast of India with very less crowd creating an amazing and peaceful vacation spot also known as one of the seven important centres for Hindu Pilgrimage due to the culture and the religious attractions.

How to reach Gokarna?

It does not take a difficult job to reach out to this gorgeous location. It’s a location available easily for a road trip or a train journey from various locations around the country. The nearest Airport to Gokarna is the Dabolim Airport located in Goa. The nearest Railway Station is Ankola which is around 20Km away from Gokarna. And the roads are well connected with the various places around the small town.

From Bangalore to Gokarna

The distance from Bangalore to Gokarna is around 485 Km which takes almost 10-11 hours of trip by road, either by bus that starts from night at Bangalore or a self driven road trip.

From Mumbai to Gokarna

The distance between Mumbai and Gokarna is 685 Km with almost 13 hours of drive. And the travel can be made easy with the travel by train to Ankola or by flight to Goa.

From Hyderabad to Gokarna

The distance between Hyderabad to Gokarna is around 648 Km with an approximate of 15 hours There is no provided direct train or bus service from Hyderabad to Gokarna as per the records other than the self driven trips. There are various services of Bus with various nearby locations such as Hubli, Train, with Ankola being the nearest railway station & Flight with the nearest airport, Dabolim in Goa.

Things to do in Gokarna

The main attraction to be taken as consideration while in Gokarna is to visit its beaches situated around within 5 Km of distance between them. And also the various restaurants situated serve really delicious dishes of various menu which is worth trying. There are also Trek spots and water sport activities conducted which are really fun providing moments. And a really must to do event is the sunset from the top of the hills as it touches the end of the sea creates one of the best experiences.

What are the best places to visit in Gokarna?

The best places to visit with no doubt are the 5 beaches located, Om Beach, Kudle Beach, Paradise Beach, Half Moon Beach and Belekan beach giving a vast ideology to the place. Om beach is known to be the most happening beach compared to all with a vast area, and the beach seen up from the hill is the shape of OM giving it the name.

What are the happening places in Gokarna?

Om beach is known to be the most happening beach compared to all with a vast area. And then is the other beaches which are relatable and are smaller compared to OM beach. And also with the various Café provided to have an attractive meal.

How safe is Gokarna as a solo women traveller?

Gokarna provides a positive and friendly ambience with a hippie freedom of life, where not just men even women solo travellers can take a trip to. In the Temple town of Gokarna, women are safe to stay in the selected hotels or the home stay provided for better comfortability and exploring mindset.

Which is the best beach in Gokarna?

Om beach is named after its shape of the beach as seen from the top of the hill that resulted in the shape of OM SHAPE (which is a Hindu symbol), which can be categorised as the best beach in Gokarna with an amazing view of the sunset touching the sea from the beach side as well as the hill and then comes the Kudle beach, followed by the other small beaches.