Kasara Travel GuideKasara TripsTrekking Through The Night, To Mount Kalsubai

Trekking through the night, to Mount Kalsubai 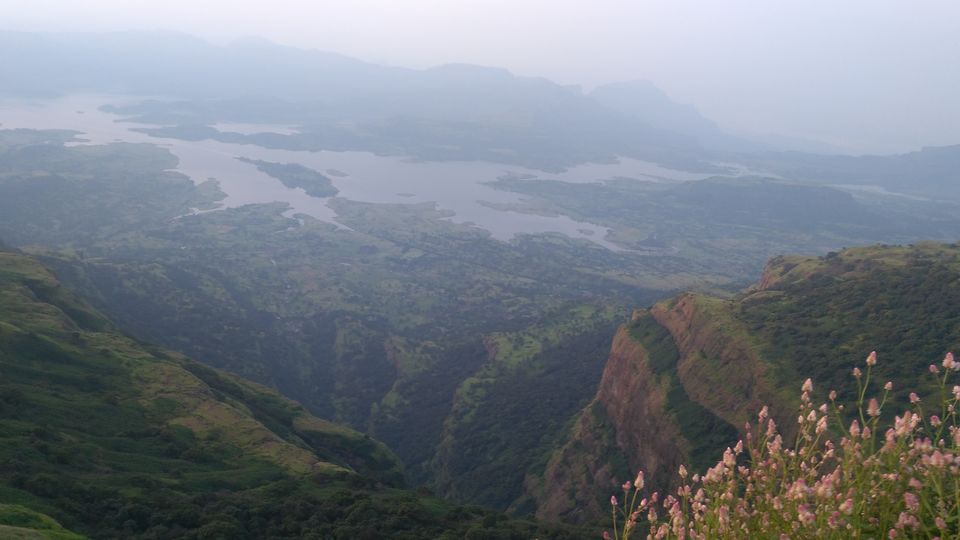 I was on my way from Mumbai to Kasara for the trek atop mount Kalsubai, the highest peak of Maharashtra. ‘It’s a challenging trek,’ warned my peers. ‘They could have warned me a bit more about the train ride,’ I felt as a bead of sweat trickled down my brow while an inflow of passengers at Dadar pressed me harder against the railing I was leisurely leaning on. To equate this train ride to a full body massage, as I’ve heard people saying, would be to underplay the discomfort I felt for I was being pushed and pressed upon by strangers. I too then felt compelled by my survival instincts to push and shove. Funnily enough, I was spoilt for choice. In many ways, the train ride seemed to be serving as a prelude to the trek. It loosens your muscles, warms you up; maybe, it was a full body massage. It was also a sauna.

Nevertheless, the train emptied gradually, and the journey eased thereafter. We reached Kasara at 8 pm. Bari, the base village for the Kalsubai trek is 50 kilometers away from the train station at Kasara, a journey that took us an hour to make by car. The ride progresses, and the urban landscape dissipates, making way for the quaint hills and our time on the road is spent peering out the window, to catch a glimpse of the sights on offer. There is a lake, serene as the moonlight shines on it. A steady wind on the ascendant makes tree leaves rustle while the shrill chirping sound of crickets fills the air. We drove on narrow winding roads with a hamlet running beside us, masked in its isolation, seeming enviable to city-folks like us. ‘It is indeed a luxury to be off the grid,’ I felt.

The roads leading up to Bari village are in their prime and we made good time, arriving at 10 pm since we were supposed to trek through the night and reach the peak to witness the sunrise. We made our way to a home-stay where one dines like the village folk. Its authenticity was genuine and abstained from being cosmetic. There was little spice in the dal and the boiled rice didn’t help either, but their homemade pickle did the job when you least expect it to.

The temple located at the start-point of the trek 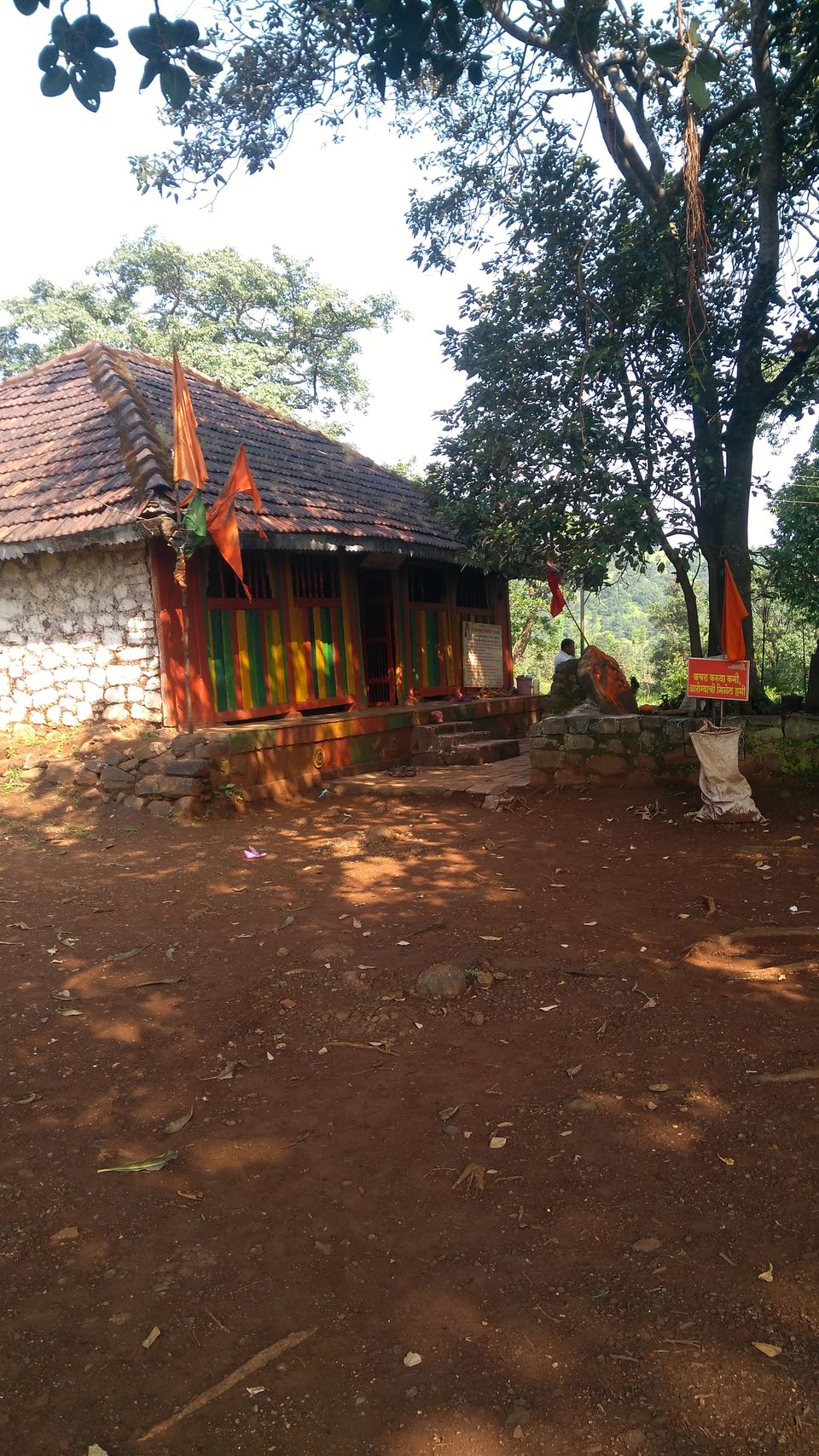 We straddled the bamboo stools, gazed at the stars, and passed out, only to be woken up by the commotion around us. It was 2 am, time to begin the trek. 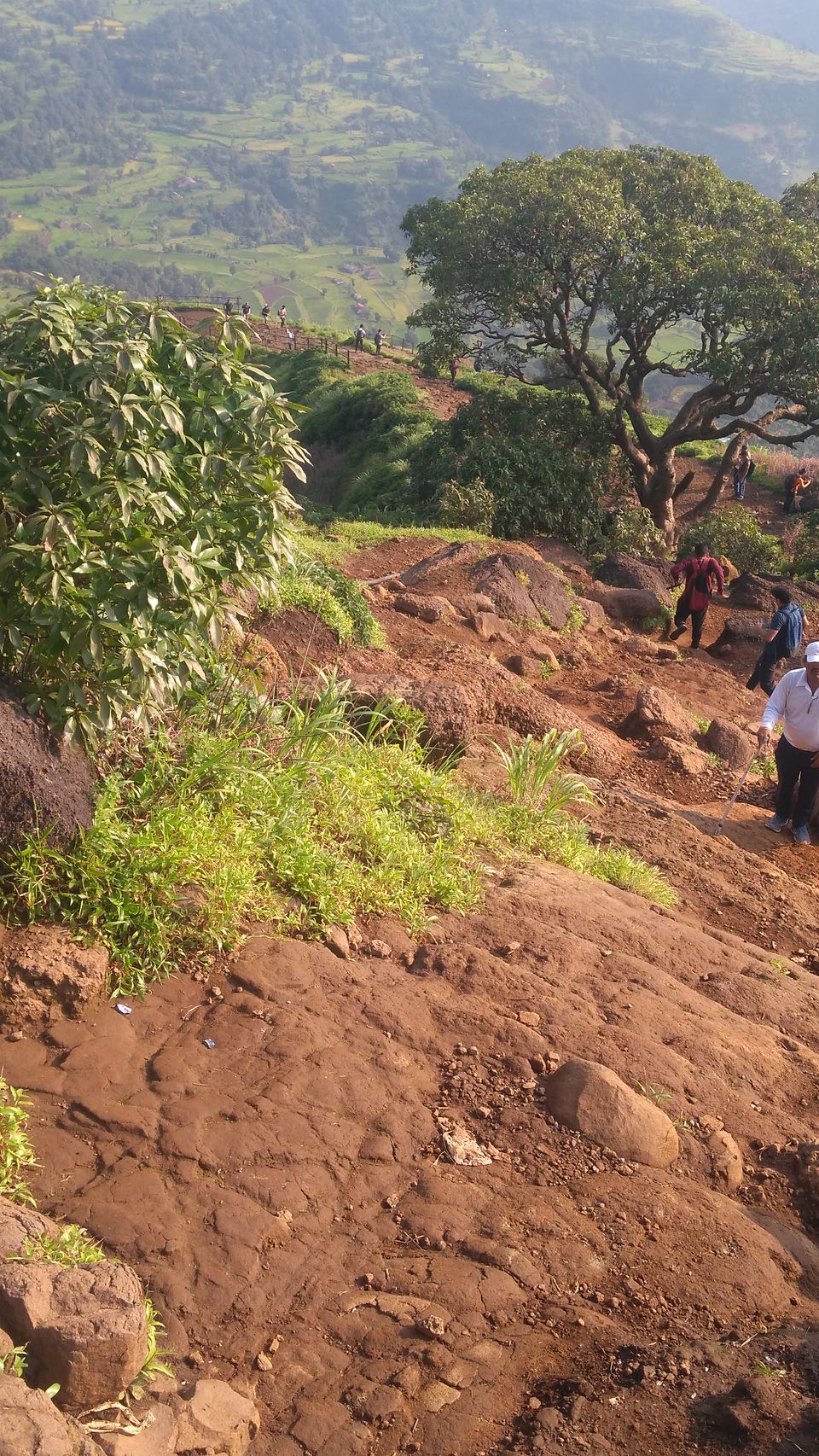 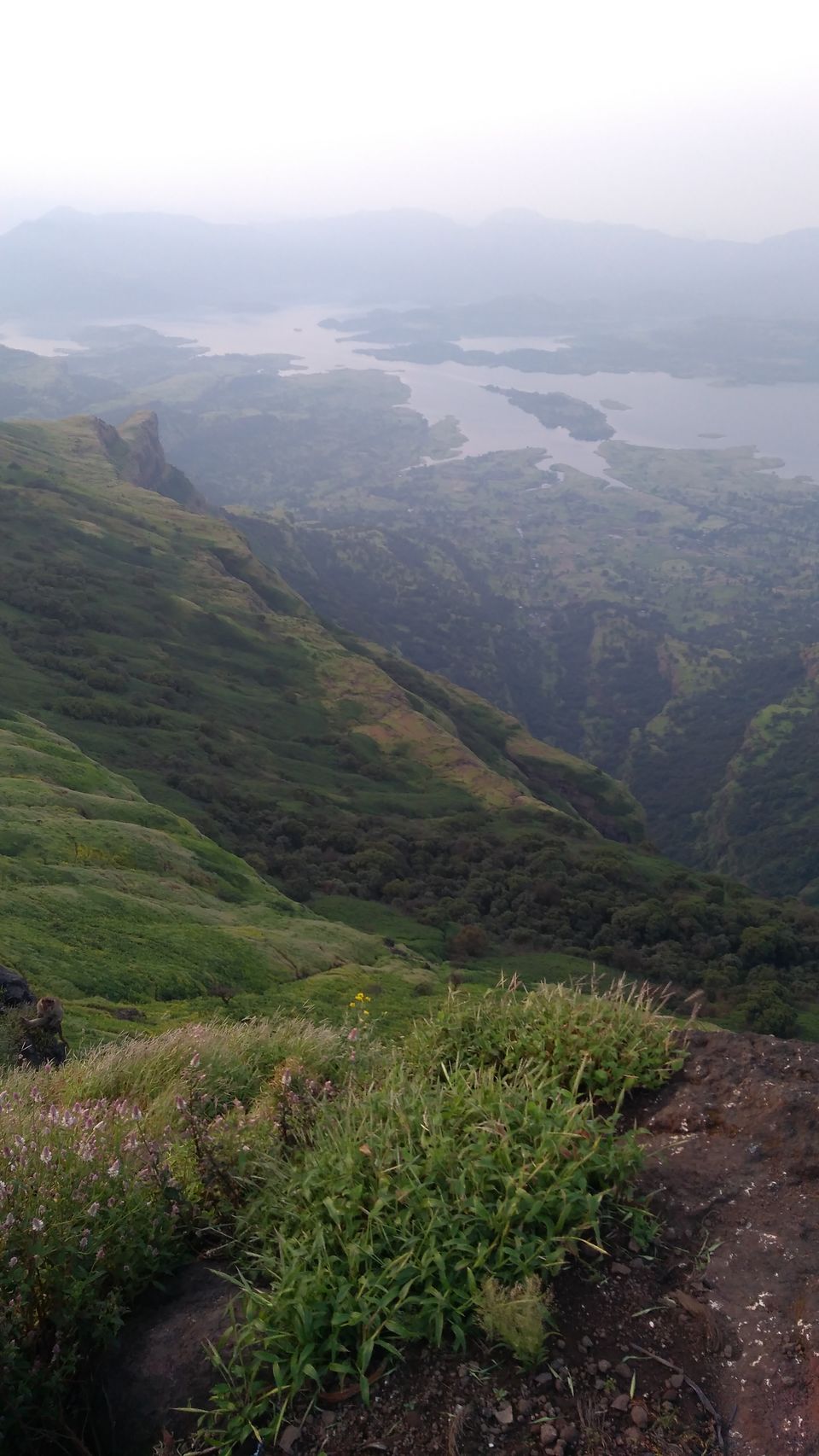 The first half an hour was spent navigating our way beyond the contours of the village to the start point for the trek which announces itself with a gate while a temple priest rebuked us for our noisiness. That was the last of his taunts; thereafter, we escaped to the higher reaches of the mountain. The initial burst of energy carried us through for an hour before the steady incline became more evident. We were trekking in the month of October which meant that the chances of rain acting as a hindrance were minimal. The path was well charted, and everyone seemed adept at handling a misstep for there was no slipperiness. For much of the initial passage, the path remained plain and easily navigable. That changed after an hour; thenceforth, the path lay strewn with rocks of varying proportions. There was a need to slow down and weigh our moves, take bigger steps and rest now and then before beginning to trek, again.

Our path was lit by the moonlight. However, there were portions of the trek where our path was shaded by a canopy and hence, our flashlights came in handy. The rocky path maintained itself, right up till the end-point of the trek which, though tiring, was a blessing for if the path had been grassy, the dew would have made it difficult to maintain a grip on the surface. There were a couple of stray dogs tailing us. They did so till the peak where they cosied up beside us as we nestled in our blankets and watched the sunrise. A troop of monkeys was confined to the fringes, courtesy these selfless strays who became our guardians as we went about on our photo spree.

There were cold winds blowing across the peak at the break of dawn. However, as the sun rose, the air became warmer and the blankets ceased to be of any use. We were at leisure to stroll about the peak and behold the stunning view which was coming to life.

One of the many pit-stops 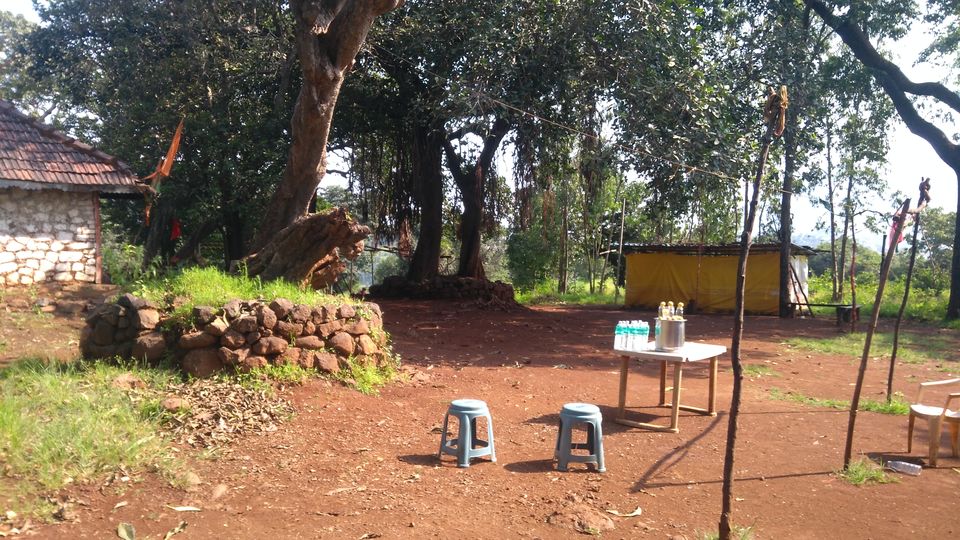 We began the descent at 8 am. The weather had become warmer by then and the path cluttered by those who had begun their trek in the morning. Their fatigue was evidenced in their queries, ‘aur kitna door hain?’ The morning saw several pit-stops serving lemonade, sprout up at the numerous photo points which are to be found along the way. However, one should be wise and not rest at one for too long for it gets hotter by the minute, making the descent more laborious than it is. 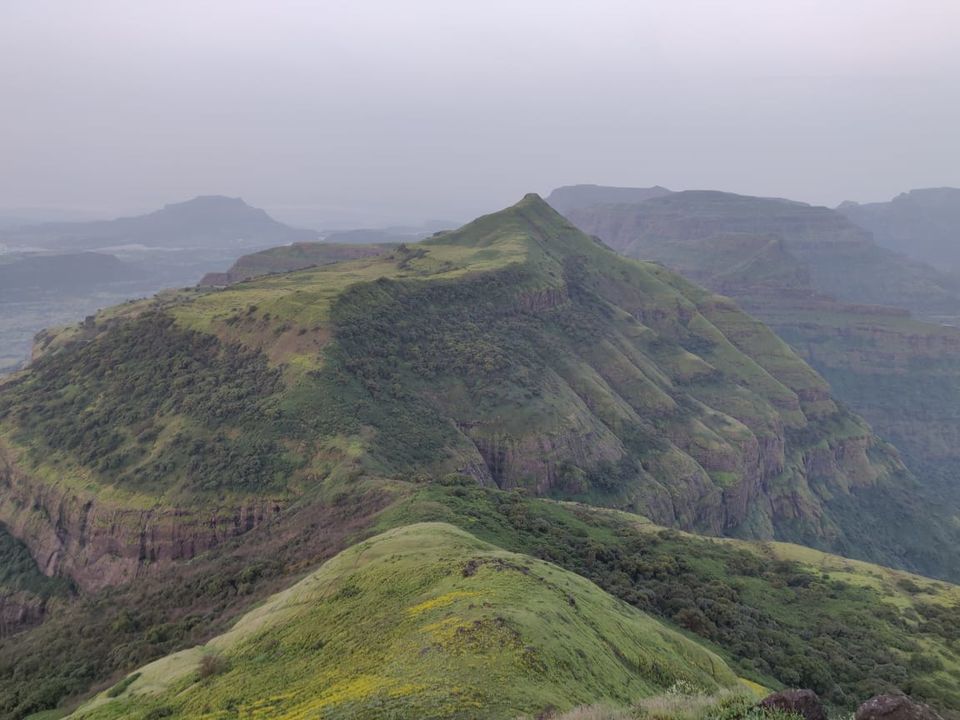 The descent was trickier for there was the troop of monkeys on the prowl. Some even pounced at a couple of members in our group while they were climbing down one of the many ladders to be found on the route. The monkeys seemed to be fascinated with what they were carrying in their bags. They came from behind while the trekker was busy climbing down, opened the bag slyly and picked from the many items in there, eventually getting bored, even as the owner of the bag watched on, bewildered, praying that the ‘betal’ on his back moves away. The monkey did so after a while, only for the trekker to realise that the monkey had emptied a few items from the bag.

It would be fitting for those who savour a challenge and are experienced trekkers to embark on this trek in the monsoon for that is when one would be pitted against the elements. All in all, the trek is a test of endurance and a fine one at that.