Kerala Travel GuideKerala TripsDo You Believe Unity In Diversity. Have A Look At The Cultural Event Thrissur Pooram

Do you believe unity in diversity. Have a look at the cultural event thrissur pooram

Thrissur Pooram is also known as Mother of All Poorams , Festival of Festivals or Mammoth Pooram and is ususlly held in the malayalam month of Medam (April – May). Thrissur Pooram is the brain child of Sakthan Thampuran the Maharaja of Cochin from 1790-1805. Pooram is a gathering together of suburban deities before the presiding deity at the Vadakkumnathan Siva Temple.

Thekkinkadu (forest of teak woods) – the heart of thrissur town is blessed as the venue.

The two groups Paramekkavu temple and Thiruvambadi temple rival to add the grandiosity of Pooram. Both teams field face to face arrays of majestic caparisoned elephants. Then Kudamattam - a competition in the swift and rhythmic changing of brightly coloured and sequinned parasols is conducted together with the fireworks display”.

He had added more and it was so quick that we landed on Thekkinkadu. At 2.30pm our group were approached the Pooram co – ordination committee ,which was formed for the smooth functioning of the co-ordination of 8 different pooram originating from – Kanimangalam , Chiyyaram , Laloor , Ayyanthole , Naithalakkavu , Choorakkottukara , Chembukavu , Kizhakkumpattukara.

We had provided with excellent rooms for stay which was built with ancient Kerala style architecture. Since we were young, our programme was customized only for half an hour everyday in the morning and a special stage was allotted for that.

After that the whole day was meant for the exploration of Pooram , its dignity and beauty. I could list the programmes one by one as follows:-

I had witnessed this function 7 days before the main Pooram and this was the ceremonial flag hoisting by various participating temples.

This was the first round of pyrotechnics happened on the fourth day after the flag hoisting ceremony. The one hour show was well presented by the Thiruvambady and Paramekkavu Devaswoms. Exactly at 7.15 it was started and we were assembled at Swaraj venue to witness this great event.

Both the devaswoms of Thiruvambady and Paramekkavu took excellent care well in advance for the preparation of the golden elephant caparison called Nettipattam, accoutrements named as Chamayam , ornamental fan made of peacock feathers called Alavattom , the royal fan callked Venchamarom , Sacred bells and decorative umbrellas separately as a new, for every Pooram. Display was exhibited by the Paramekkavu devaswom at the Agrasala and at the Church Mission Society High School by the Thiruvambady devaswom.

This great royal ceremony was started at the time of Kanimangalam Sasthavu Ezhunnellippu, in the early morning and then followed by other six temples. I was stunned with the Panchavadyam melam presented by more than 200 artists including Thimila , Madhalam , Trumpet , Cymbal and Edakka. It was 2’o clock when I could witness the Illanjithara melam at the Vadakkumnathan temple. It was included with drum , trumpets , pipe and cymbal.

More than 50 elephants were decorated with nettipattom, strikingly crafted Kolam , decorative bells, ornaments, umbrellas , venchamaram and Alavattom. I have no words to equate the beauty and simply it was a stunning moment. After the Illanjithara melam, both Paramekkavu and Thiruvambadi groups were entered the temple through the western gate and came out through Southern gate and arrayed themselves at distant places face to face. Next exchanged the colouful and crafted umbrellas competitively, at the top of the elephants. By this time I could listen the mind blowing melam.The whole ceremony was concluded at Nilapaduthara.

This was that event which attracted me towards the Thrissur pooram and was the main round.Both the Thiruvambady and Paramekkavu groups were went to the extreme end of fire work competition which was an unbelievable moment for the crowd. I felt neck pain on watching towards the sky which was spreading awesome colours by the wonderful magic work of the firework called Amittu. Atlast Goddesses had bid farewell to each other and that was the final attraction of Thrissur Pooram.

This was the farewell ceremony on the 7th day and I was witnessing this event at the Swaraj round during which the idols of Thiruvambadi Sri Krishna temple and Paramekkavu Bagavathi temple were taken from. The firework named as Pakal Vedikettu had added beauty to this event.

Any way I was extremely enjoyed for those 7 days . We had exchanged our gratitude towards the devaswoms and bid farewell to the Thrissur town. 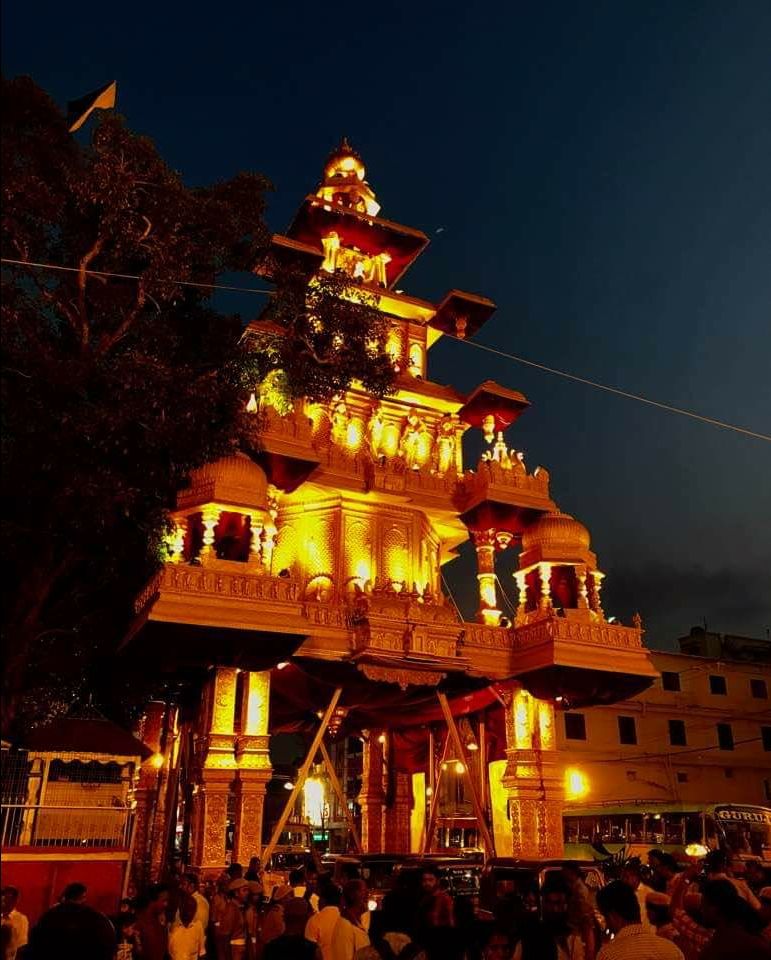 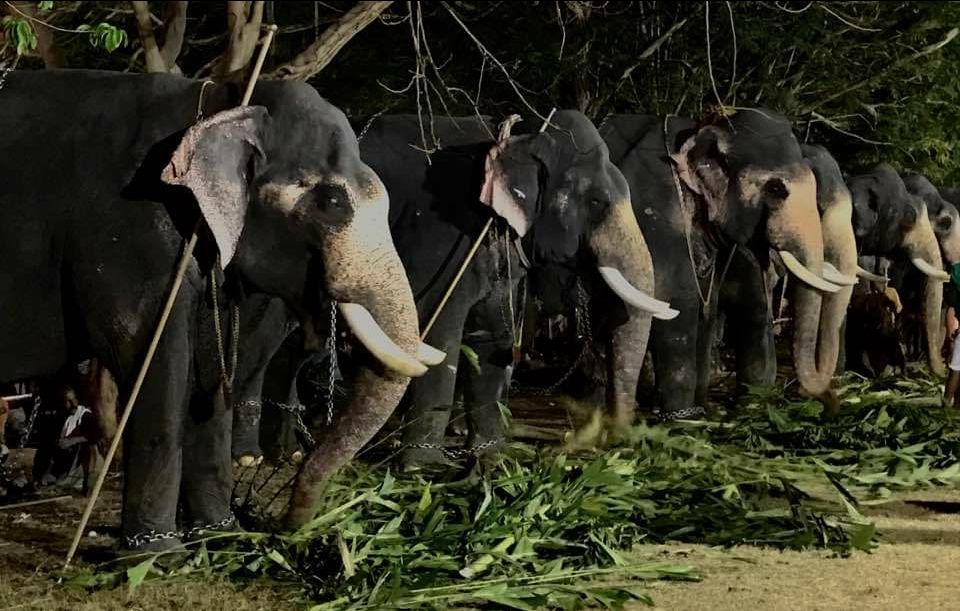 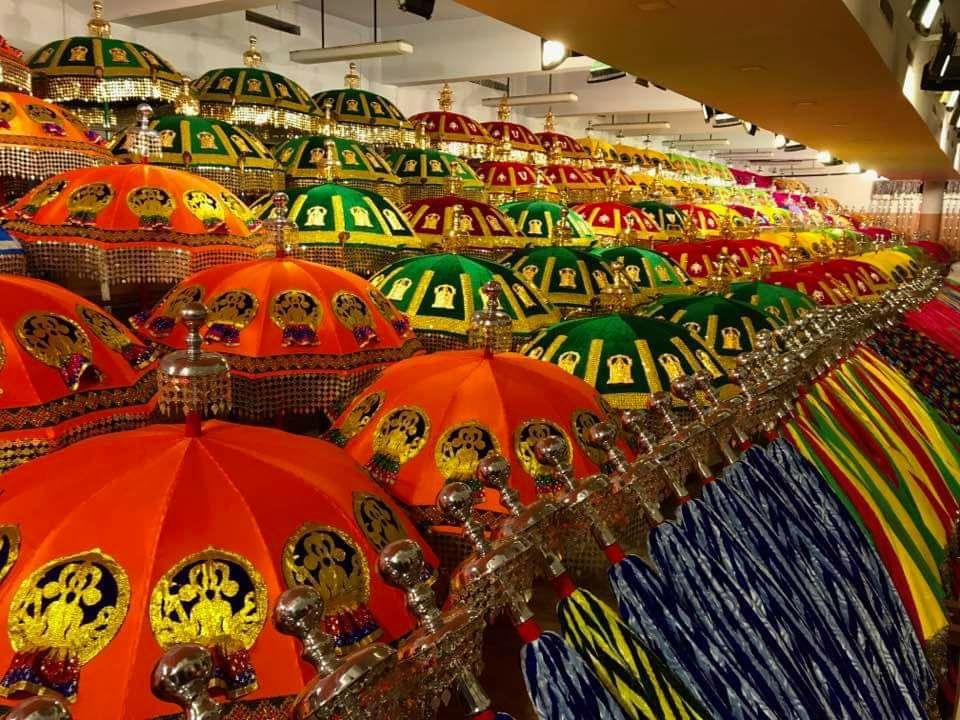 This is how the elephants are decorated 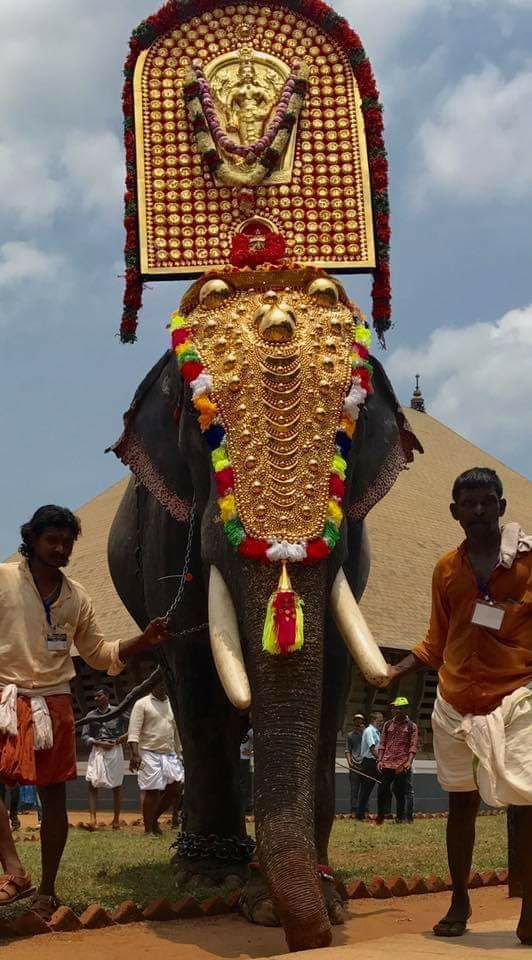 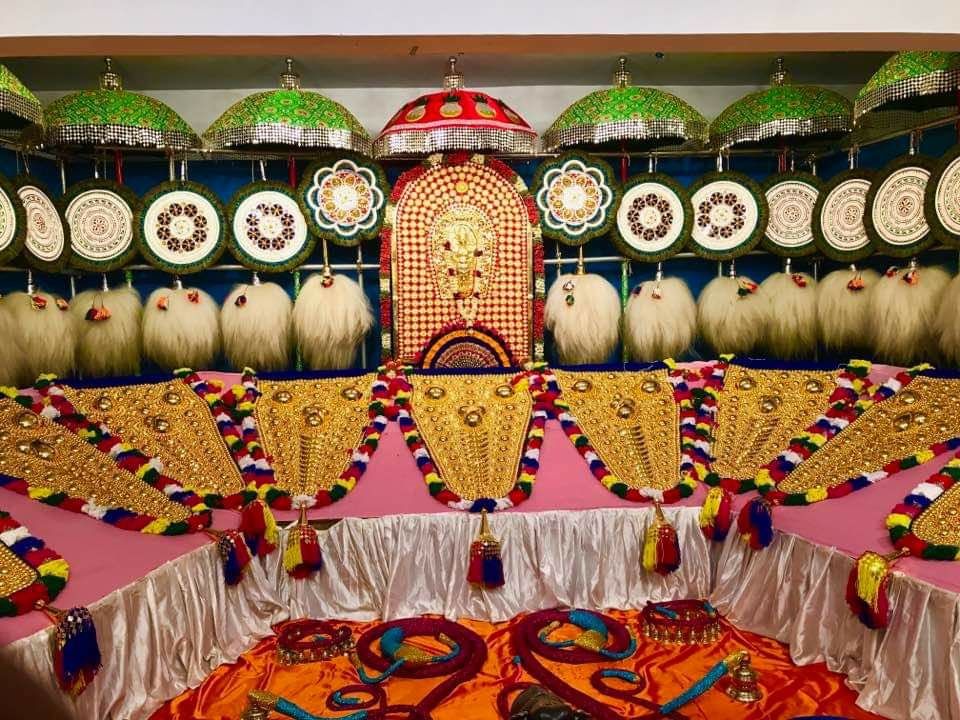 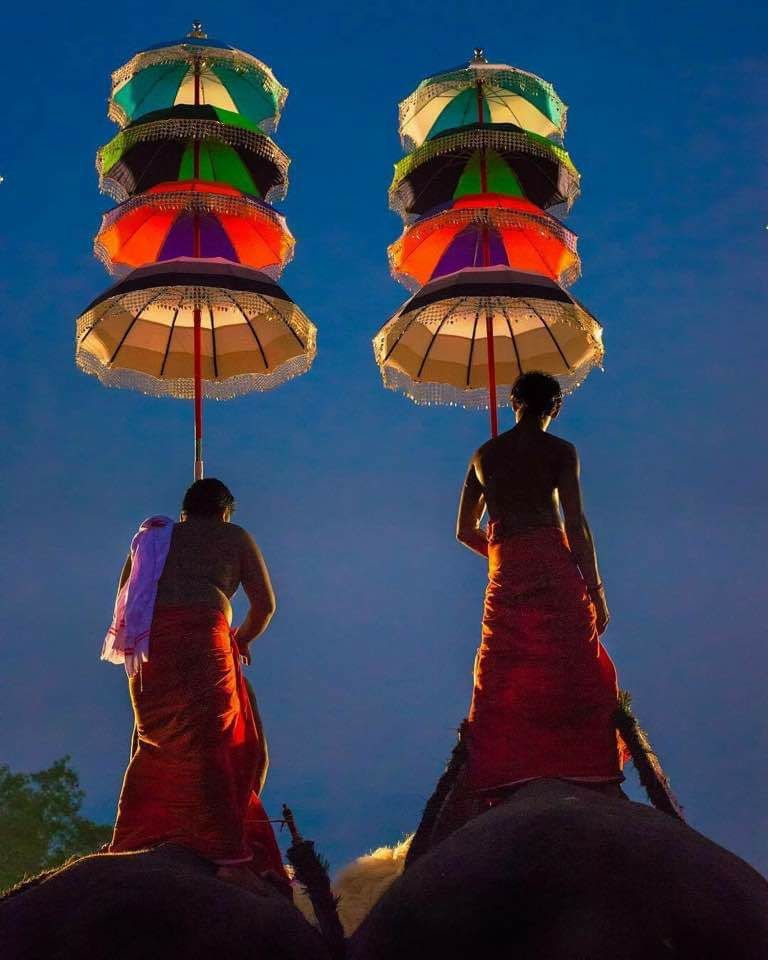 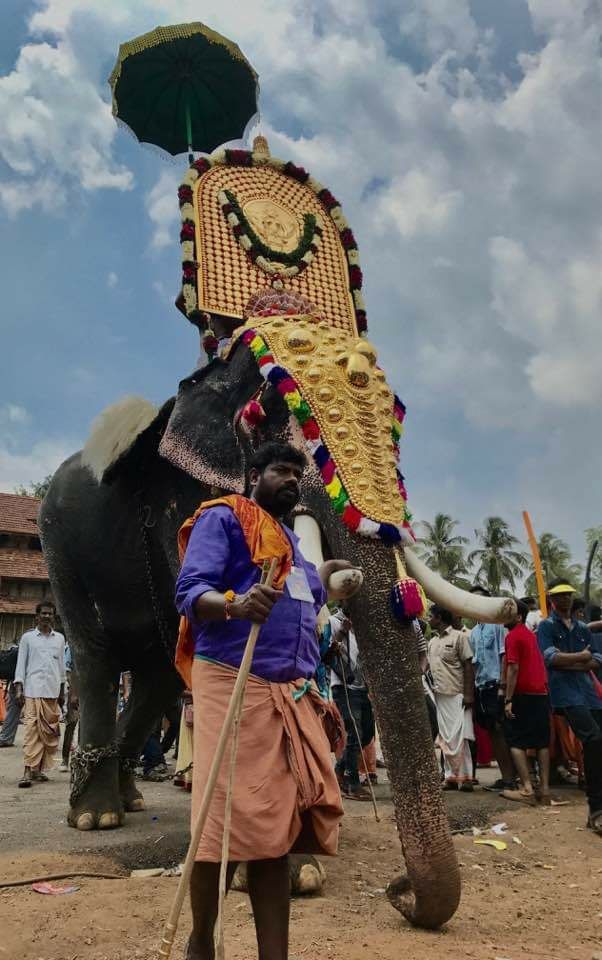