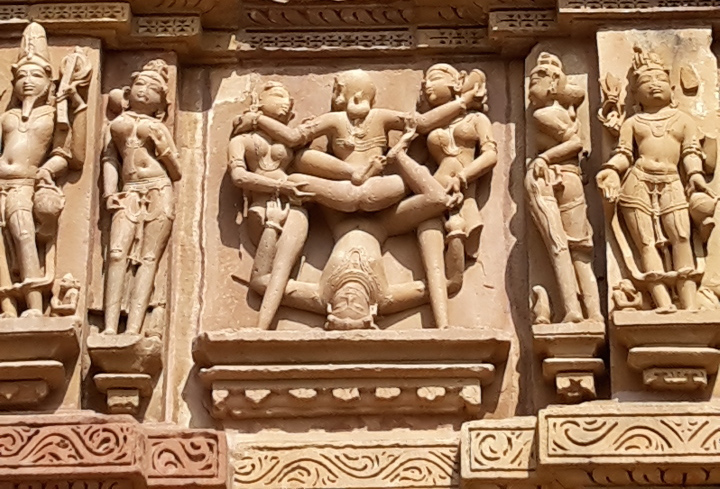 Khajuraho is one of the most popular tourist spots in Madhya Pradesh. It is famous for its ancient temples that depict some of the finest art in the world.

I don't really have 69 reasons, but hopefully my writeup and pictures are enough to convince you to visit!

The temples are categorised into three groups: Eastern, Western and Southern. The Western group is the most popular and has the best maintained gardens and lawns.

Kandariya Mahadev is the largest and tallest temple. This temple is dedicated to Lord Shiva. The whole temple is made from sandstone with a foundation of granite. No mortar has been used in the construction of the temple.The temple is known for its exquisite carvings on the walls, ceilings and pillars. The carvings depict all the four necessary pursuits of life - kama, artha, dharma and moksha. 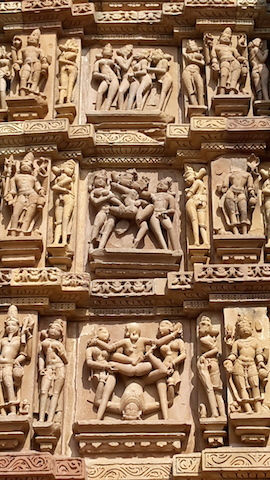 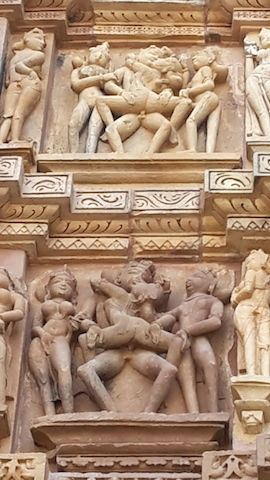 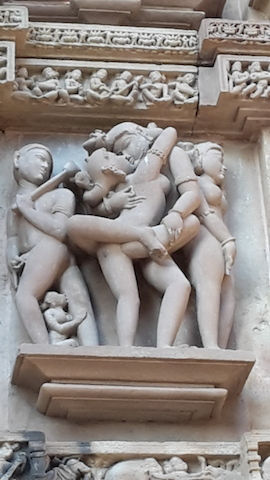 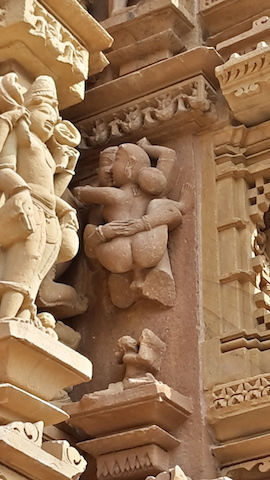 Lakshmana is one of the oldest and best preserved temples. It took 20 years to build and is dedicated to Lord Vishnu. It is exquisitely decorated, with more than 600 carvings of Hindu Gods. Pro tip: for some crazy erotica, walk around the platform (narrow pathway left side of entrance) 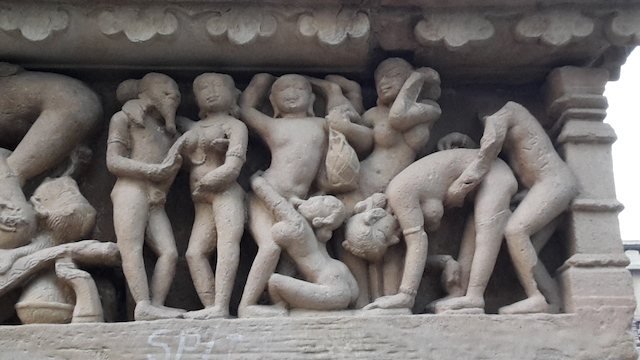 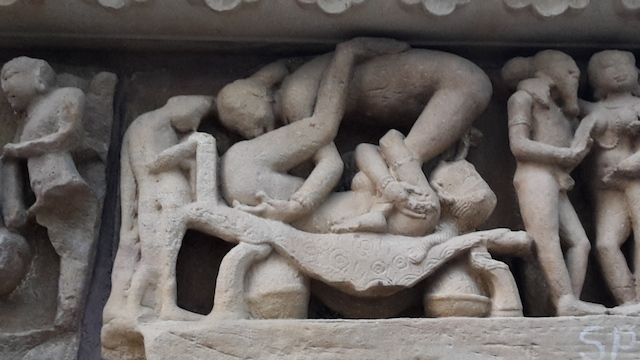 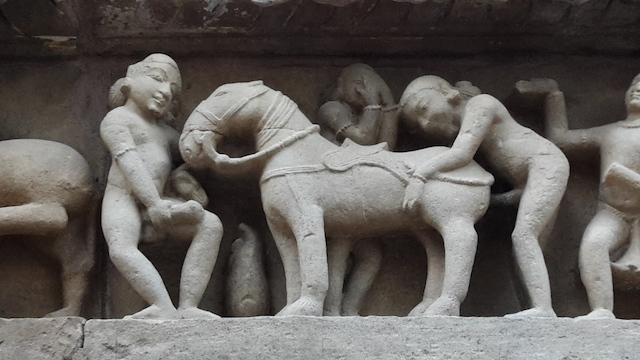 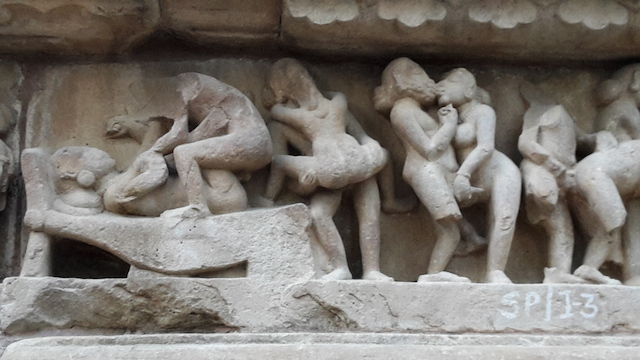 Matangeshwar temple is the only active site of worship. It is a Shiva temple and considered to be one of the most pious pilgrimage destinations for people visiting Khajuraho. It has an 8 foot tall black lingam inside.

Chausat Yogini is believed the be the oldest temple. It is part of the western group but set outside the enclosure. It is the earliest building at Khajuraho - the construction of the Chausath Yogini temple can be dated to approximately 885 CE, and now lies in ruins. This temple is dedicated to 64 Yoginis, who are considered as the incarnations of the Mother Goddess, Shakti. It has a rectangular layout, with 64 empty shrine cells made of granite. I found this one quite a waste of time, so don't go unless you want to wander around in empty ruins. 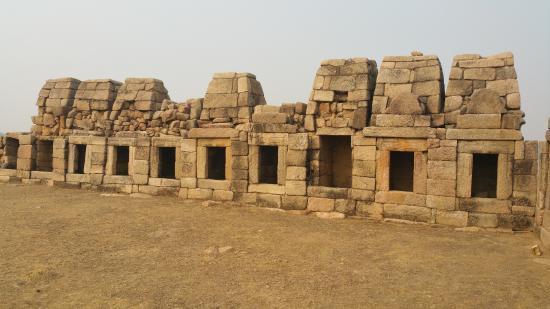 These are the Jain temples. There are 34 Jain Temples in total. But from architectural point of view the Parswanath, the Adinath and the Shantinath temples are relatively more important and noteworthy.

Parswanath temple is the largest structure and is dedicated to the Jain Tirthankara Parshwanath. 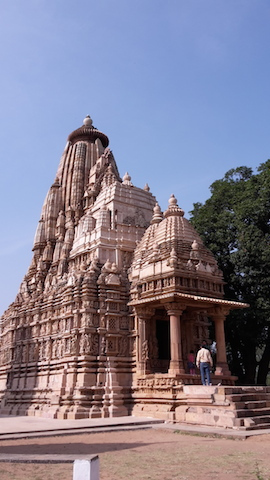 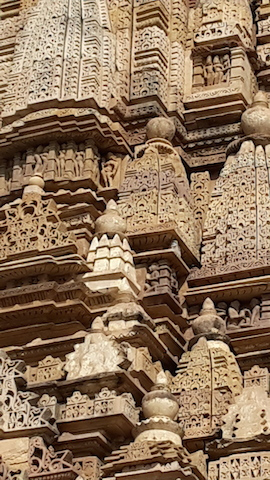 Adinath temple is Located on the right of the Parswanath, is a beautiful – though small shrine. It contains an idol with an inscription dated to the year 1027. 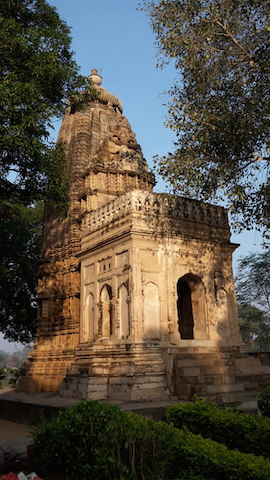 Javari temple was my favourite of the eastern temples. Set in a garden with nice lawns and isolated from the others, this small temple has beautiful carvings. 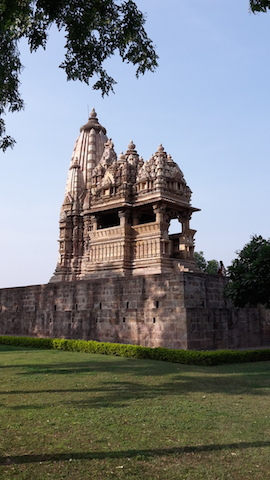 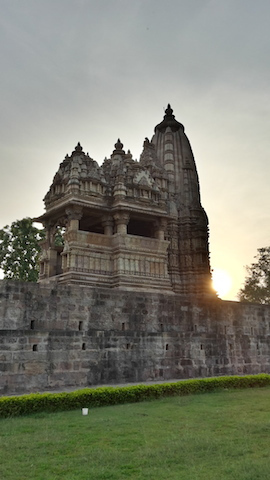 We did not visit the southern group, as by then we had seen too many temples and they all started to look the same. There is a light and sound show that happens after sunset at the Western group, in Amitabh Bachhan's voice. The show costs Rs.120 (Rs.400 for foreigners). We didn't stay for the show, but here are some sunset photos instead. 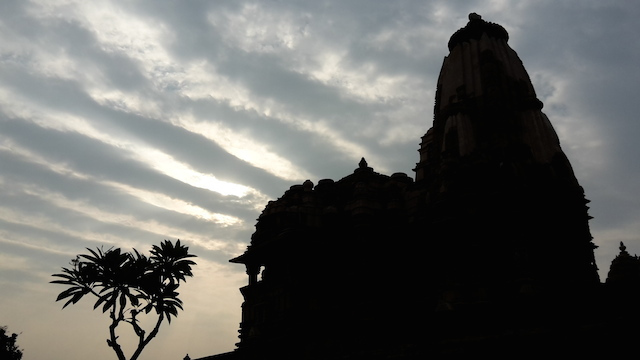 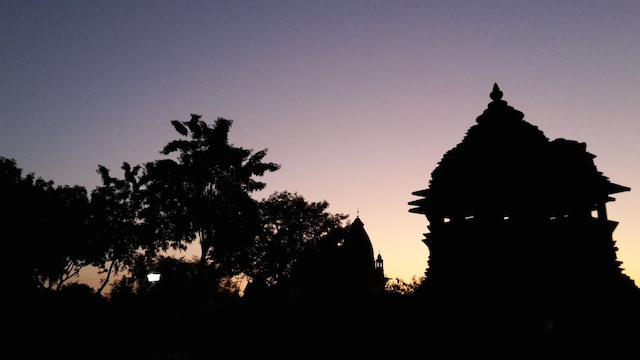