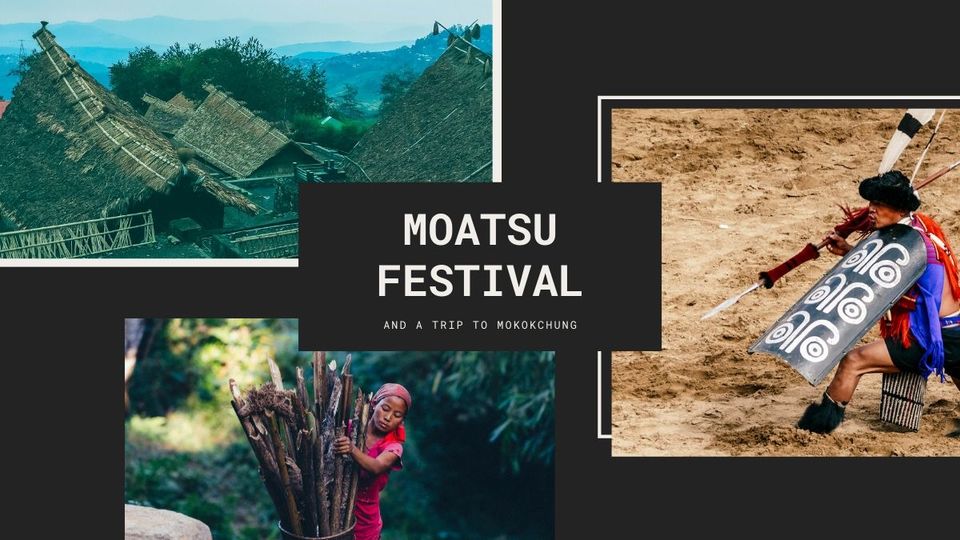 The topography of Mokokchung

They say that one of the most contented feelings in human life is a departure into foreign lands. Mokokchung is one of those destinations, way out of a tourist's map. A 105 km drive from Jorhat airport in Assam and 145 km from the state capital of Nagaland, Kohima. Mokokchung is a small town in western Nagaland, with a rich cultural intent and unbending traditions. Silently abhorred by other Naga tribes for their affinity with the neighboring plains people and their largely educated population, Aos, the predominant tribe in Mokokchung has several influencers in different fields.

The town of Mokokchung standing at 1325 m above sea level has a mild climate throughout the year. Historically, Mokokchung was one of the first Naga Hills where platoons of the Assam Rifles, then led by the British, established their outposts, called Stockades, in the latter part of the 19th century. The British administration gradually forayed into eastern Nagaland from here.

Read : Kohima is more than just an under-rated state capital of India

Silently abhorred by other Naga tribes for their affinity with the neighboring plains people and their largely educated population, Aos, the predominant tribe in Mokokchung has several influencers in different fields.

Usually in the regular tourist map of Nagaland, Mokokchung is essentially plotted as a stopover from Mon to Kohima and vice-versa. Mokokchung has within itself an exotic charm that cannot be experienced with just a night's stopover after a day on roads where your average speed is 20 km/hour.

Moatsu Festivals of the Ao tribe

Moatsu is a three-day harvest festival celebrated in May by the Ao tribe, primarily in the district of Mokokchung or wherever they are. The Aos perform dances as an expression of thanks to the gods for a good harvest. Huge fires known as 'Sangpangtu' are lit up with traditional songs and dances performed around it. High quality is abundant locally brewed rice beer and community feasts are held where traditional dishes consisting of pork, beef, boiled vegetables, and sticky white or red rice is served. People from all cultures willingly participate in eating, drinking, and merrymaking. The singers sing love songs to glorify the courage of the warriors. Community lessons are imparted to the youth to be bold, heroic, and defend themselves from the enemies.

Read : 14 accommodations in Northeast India that is making a difference to the planet

Moatsu is an occasion to strengthen bonds of friendship with other Naga tribes. Commissionaires of neighboring villages are invited and gifts are exchanged to establish peace and harmony. The predominant theme of the festival is offering prayers. Before Christianity stepping feet in these lands and dominating the state, Moatsu had some ancient rituals, which have been taken out from the post-Christianity formats. Earlier there was a practice of ritualistic pubic fornication of a young virgin and a teenage boy to mark the fertility of the land. The village witch doctors forecasted whether good or evil days are awaiting the village folks by readings of the celebration of the Moatsu festival.

Ao tribe of the Nagas

The origin, migration, and early history of the Ao tribe are still in a conundrum. Most of the available theory on their history is based on stories told and passed on orally. 'Longterok' is an oral traditional concept which every Ao naga is supposed to accept with ascendancy. In Ao dialect, ' meant stone, and meant six. Therefore, it was believed that Ao Nagas' ancestors emerged out of the six stones. 'Longterok' is found at Chungliyimti village, about 20 km away from the town of Mokokchung. From a sociological point of view, the emergence of human beings from 'Longterok' is an interesting thought process. There are three major clans within the Ao tribe- Jamir, Longkumer, and Pongener. Today, Chungliyimti is no more an Ao Naga village. They had abandoned it long ago and are now occupied by the Sangtam tribe of Tuensang district.

The Ao Nagas live in a systematic and democratic or what is known as an egalitarian society. The concept of society as per Ao tradition revolves around the word 'Loktiliba' meaning 'a way of life of the people'. Very reminiscence of modern democratic way of life. The traditional checklists and norms embedded in 'Loktiliba', therefore determine every Aos ' conduct in life and position in society.

The moment a child is born, he or she is viewed as a potential member of the society and the whole process of education prepares the youngsters for a definite role in the society, once adulthood is attained.

An Ao village in Mokokchung is usually a group of dwelling houses built in clusters with cultivable or uncultivable land around it. An Ao village is a republic in itself, independent of another village. Almost all the villages are located in a defendable position to counter surprise attacks from enemies.

Longkhum Village - Longkhum village is a small suburb and provides a great opportunity to view the lifestyle of the local people. It is considered as the forefront village of the Ao tribe, primarily due to its geographical position. Rhododendrons and pine trees surround it. In Mokokchung, Longkhum village is a landscape photographer's muse. There is a site dedicated to one of the earliest Naga freedom fighters of Nagaland, 'Imkongmeren'. A small trek, through rock formations, puts you right on the romantic folklore of Etiben and Jina, the Romeo and Juliet of the Ao nags. It is said you can see the footprints and butt prints of the lovers in the rocks. One can also see a glimpse of the 'Mongu-Ki' or eagle's nest where eagles have been nesting for centuries. A wide-angle view of the Doyang Rover surrounding the Naga Hills is an absolute beauty.

Mopungchuket Village - A 13 km drive from Mokokchung takes you to one of the cleanest village in Nagaland, Mopungchuket. There is a monument on the outskirts of the village, where exiled Ahoms from Assam were given shelter. The 'Ariju' and 'Tsuki' commonly known as the institute in villages where the youth learns the first lessons of social life. In Ao villages, are for the males and for females. The first process of educating the young people in the formalities of tradition and society were conducted there. Now, of course, schools and churches have taken over. In Mopungchuket, the well preserved are worth a visit. An interesting monument is the time pillar and a tower from where one can get a commanding view of the village and its adjoining areas.

Ungma Village - It is one of the oldest and the largest village in Mokokchung. An old log drum and a well-kept park marks Ungma village as a hub of prosperity. The whole village floats in abundance and kindness. A walk inside Ungma village will help one understand why a visit to Mokokchung is visually and mentally satisfying.

The importance of the log-drum

The log drum, called the 'Sungkong' in Ao dialect is a huge piece of log carved out of a single tree trunk. It is hollowed out from a solid log and shaped with the head of a wild animal or a thick hornbill tail. The rhythm of beating the log drum with pestles signifies different occasions. It could mean the death of a chief or an ordinary man, the bringing of enemy heads or return of a warrior's head, announcement of festivals, disasters, or an attack. It is said a village without a log drum is devoid of peace and security. The 'Sungkong' in Mokokchung is considered a sacred place and has become a religious veneration in the life of the Aos.

Mokokchung is a pleasant land, one of the long unbroken ranges of hills, which perhaps accounts for the fact that the entire Ao territory is divided into six ranges. Like everywhere else in Nagaland, conservation is a sad story in Mokokchung too. With the advent of modernity, mining, and indiscriminate hunting, many animals and birds have left the land for good and found solace in the plains of Assam. Still, some faint traces of fauna in the form of hornbills and woodpeckers are found along with wild boars, black bears, jungle cats, porcupines, wolves, stage, and elephants.

As one ascends from the plains of Assam to Mokokchung, the first glimpse of Ao life is seen in Changki village. Scenic landscapes, winding roads, thick forests and treacherous terrains tells you the story of what you will witness up in the mountains. The best journey does not just show us the bizarre, they help us understand the uncommonness. A conversation with a local in Mokokchung will help you figure out that while the landscape of the destination is important visually, everlasting memories are created always with people stories.

Travel is a legitimate way to expand your mind and educates you about the world. A 'putu menden' or a House is a council of the villagers among the Ao tribe. It is headed by 'Onger Menden' meaning 'seat of the priest'. The head of the 'putu menden', Onger can advise but cannot object to any decision of the House. Does this not remind us of the 'Speaker' in the lower house of our modern Indian parliament?

"Nobody can discover the world for somebody else. Only when we discover it for ourselves does it become common ground and a common bond and we cease to be alone" - Wendell Berry

My name is Amitabh Sarma and I am a storyteller. People fondly call me the “traveling pundit”; I humbly present myself as the “bearded traveling soul”. I am also the co-founder of an experiential travel start-up, based out of Guwahati in Assam, Eventours Travels LLP. We started this company in 2015 . www.eventours.in My blog site is www.beardedtravelingsoul.com