I still cannot fathom what exactly convinced me to take a trip to China in order to usher in the New Year 2014. It could have been the desperation to somehow get away from home or the fact that a direct and relatively short flight connects Kolkata to Kunming. Whatever it was, I could never have imagined that an adventure was in store for me; that unlike my other 'smooth' journeys across the world, this one would stay with me longer than usual. After waiting nineteen long hours at home and eight additional hours at the airport courtesy of bad weather and a nonchalant China Eastern Airlines, my flight finally decided to take off. I must admit that I feel perfectly fine on turbulent flights, much to the surprise of my fellow passengers, however, this particular ride felt like being trapped inside a giant metal box fighting a strong earthquake. And then, pardon me if I sound a tad bit racist, when the air-hostess announced in a heavily accented voice that I was struggling to comprehend "laydheez andh genthelmen, we leglet tho enfolm you thath due toh bad weathel, ovah flighth ees beeing diveltedh toh Changdooh ailpolt", I was certain that shit had hit the fan.

Having successfully converted a lot of atheists into exceptionally pious people, the flight landed in Chengdu, a city that I had never really heard of and since it was past midnight, there was no skyline for me to figure out. The signs that greeted me at the deserted airport were all in Chinese and I had never felt more confused and disoriented in my life. After waiting for an hour in sub-zero temperatures, we were stuffed inside a bus arranged by the airline that transported us to a hotel, the name of which I still do not know. The receptionists of this run-down yet decent hotel were a confused bunch as they were probably not used to having a hundred people show up at 2 am asking for accommodation. My patience was definitely being tested but I did end up in a largely comfortable room with the promise of breakfast (which was rather insipid, so I just gobbled down two boiled eggs) followed by a transfer to the airport along with boarding passes for the first flight to Kunming - all gratis. And for all of this, I had to thank my magnanimous airline which reminded me of a duty-bound interrogator who inflicts wounds on the hostage and then voluntarily applies a soothing balm.

Yet another turbulent flight and I was in Kunming, the 'Spring City' in Central Yunnan which honestly was colder than a desert at night and more polluted than many Indian cities put together. The high-rises that were lit up in the brightest of colours interspersed with a few parks however told a different tale, of how the Chinese have worked hard to grow with every passing day, despite their numbers trying their best to hold them back. What surprised me more was how accepting the locals were of the tyrannical practices of their government, how they didn't really care if free speech was a contested idea in their country and how massively proud they were of the several alternatives they had to banned platforms like Facebook and Twitter. And for me, installing VPNs on my phone and laptop and gaining access to these social media platforms I have always been loyal to was like going back to my rebellious teenage years. An illustration of how I liked to live dangerously.

All that I did during my short stay in Kunming was walk around malls that extended for kilometres altogether, shop for fancy clothes and shoes at dirt cheap prices, spend hours playing unintentional rounds of dumb charades with the locals, visit geographical wonders one of which was literally made out of stone but was not a stoner's paradise much to my dismay, bring in the new year listening to a band play catchy music in a language absolutely alien to me, dress up in layers after layers of woollens in order to beat the bone-chilling winds, stop myself from wiping off the dust settled on almost every car I saw (thank you OCD) and finally lose one of my phones to an unknown but obviously clever pickpocket who wouldn't return it even after I texted him affirming that I was an FBI agent. I must add that Kunming also has a good amount of street food to offer but since I was not feeling very brave, I limited myself to the pancake like preparation that was served with a local chocolate sauce and some roasted peanuts that had a beautiful caramel and vanilla aftertaste. As I ate, I watched a dedicated mother unsnap the crotch of her toddler's onesie in order to let him poop in an open drain - such a glorious sight that I couldn't even finish my food.

Kunming for me was an adventurous start to a year filled with numerous surprises, good and bad. And while I came back home short of a phone, I also carried with me memories that will remain etched forever. I only like taking back the good things out of a journey and as far as this one is concerned, it is a personal favourite for being a gold mine of interesting stories that I hope to share with my children, grandchildren and great-grandchildren, someday.

My unsolicited first stop in China, Chengdu, as I later found out is the capital of the Central Sichuan province. It is a transport hub for the aforementioned region and the fifth most populous and supposedly the most liveable Chinese city. Owing to the fact that I was terribly under researched, I did not know that the city is home to a number of shopping malls, skyscrapers, parks and monasteries. Also, the airport that initially came across as empty is actually the largest in Southwest China. The rush that welcomed me the next morning confirmed the aforementioned statement. Chengdu was cold and depressing for me probably owing to the circumstances but that should not deter you from visiting this place that has excellent air connections and modest bus routes. 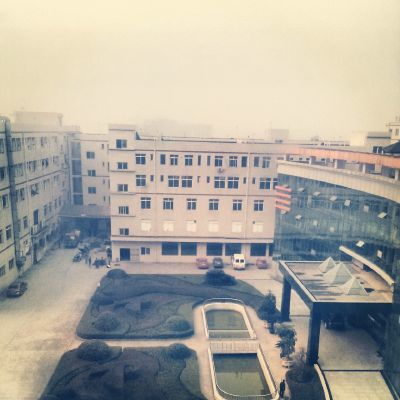 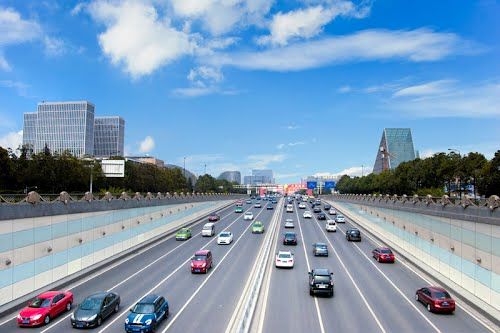 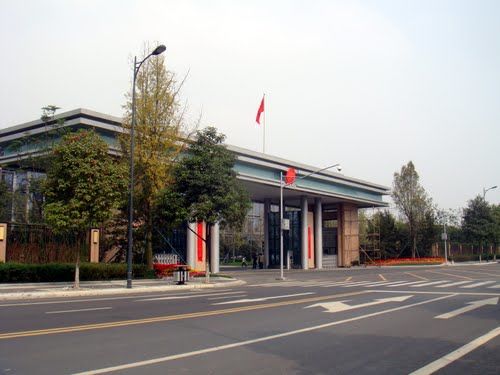 Dotted with every luxury brand one can think and food chains that would satiate all capitalists on this planet, the Shuncheng Shopping Centre is a wonderful place to spend time in a city where there isn't really much to do. This place is huge and almost always crowded, replete with happy faces, especially those of babies with the rosiest cheeks. I was delighted to see that the mall was decked up like a bride for New Year's Eve and a popular local band played catchy music for us till the countdown. And no, I did not live inside a shopping mall for five whole days, I had happened to find a beautiful but slightly uncomfortable rental on Airbnb in the Shuncheng Space Apartment right behind the plaza. Getting there: One can easily flag taxis in Kunming, however, since the drivers do not really speak much English, make sure you have a map of your destination or ask your hotel receptionists to write down the names for you in Chinese. You could have to shell out anything above 25 Yuan. Buses are cheaper, but the lack of English speaking conductors and complicated directions in a foreign language could be a barrier. The traffic in Kunming is worse than Mumbai and Kolkata combined. 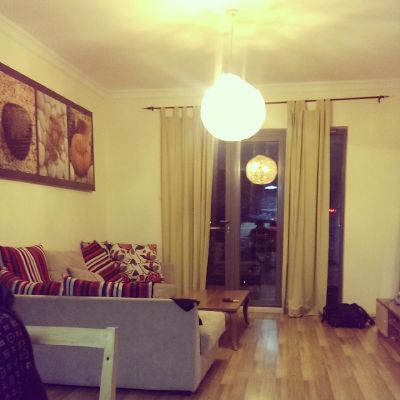 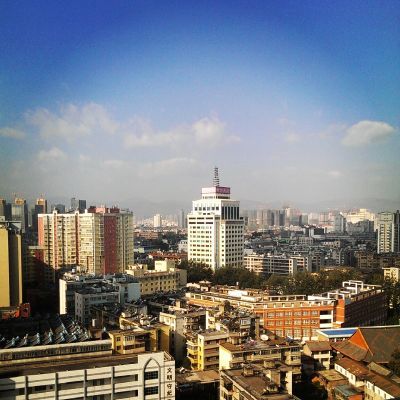 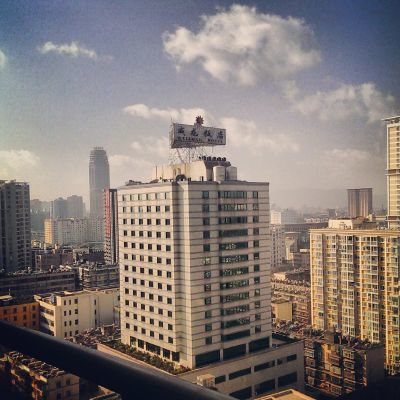 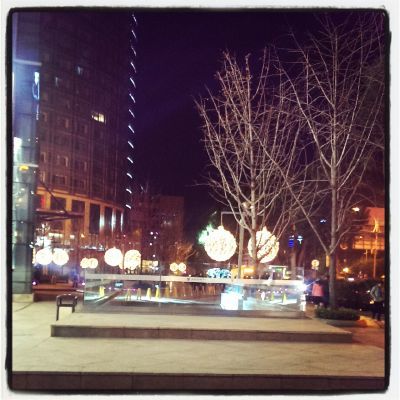 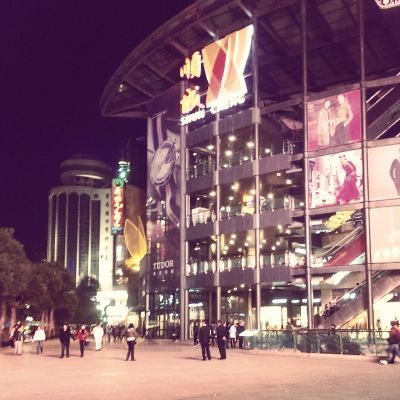 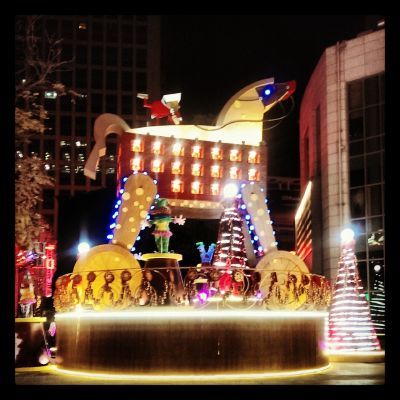 120 kilometres from the centre of Kunming, the Stone Forest or Shilin is an extremely impressive example of Karst formations for some and an indication of an unknown supreme power for the others. A cluster of giant grey limestone pillars that have weird names given to them, the forest is supposedly a result of erosions caused by wind and rainwater if one ignores the many Chinese legends attached to it. Shilin is a major tourist attraction, so do not let the crowds intimidate you. Simultaneously, do not be surprised by the exorbitant prices either, it is perfectly normal for one to pay 150 Yuan in order to enter this natural wonder. Getting there: You could rent a car from the centre of Kunming or take a taxi to get to Shilin and the best idea is to ask your hotel staff to arrange one for you. Expect to pay anything between 250 to 300 Yuan. Carry a lot of water and some food because a lot of walking and climbing steps is involved. 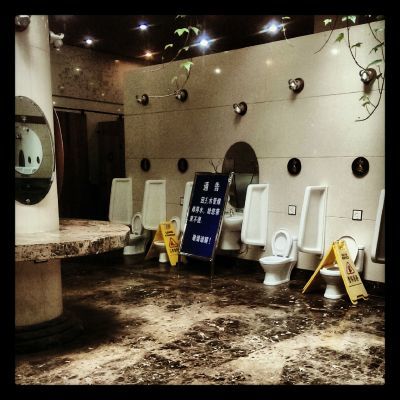 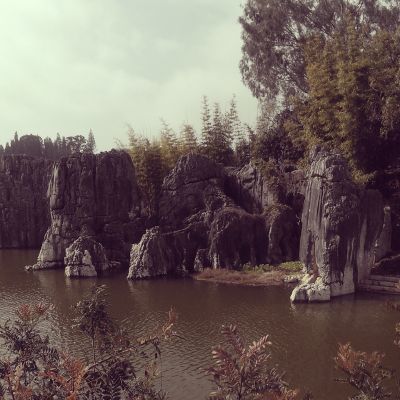 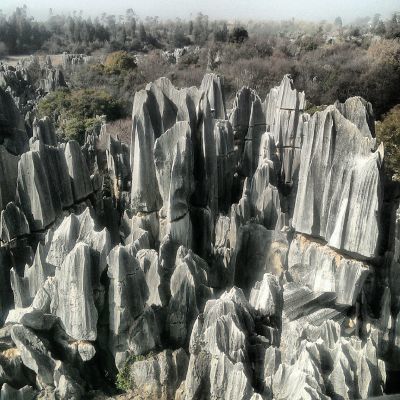 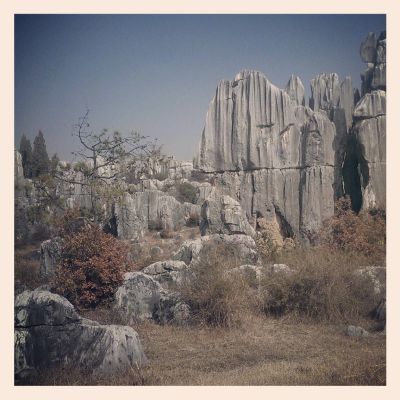 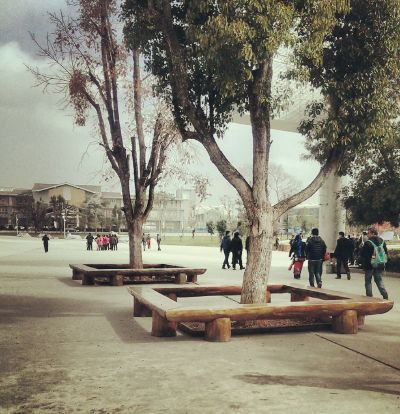 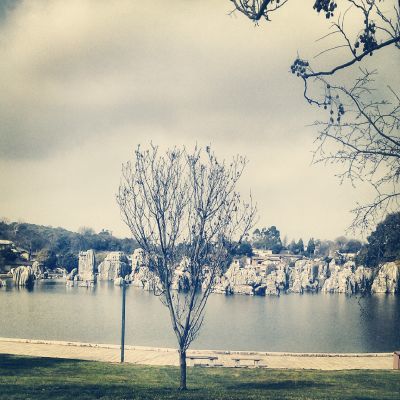 The Jiuxiang Scenic region is located 90 kilometres away from central Kunming and it comprises five scenic areas: Diehong Bridge, Sanjiao Caves, Dasha Dam, Alu Long and Mingyue Lake, covering 175 square kilometers. However, this beautiful natural wonder is most popular for its karst caves that have formations in a plethora of shapes and are brilliantly lit in order to amplify their beauty. There is a lot to explore and for those who do not love walking, cable cars can take visitors from one area to another. Getting there: Visiting Shilin and Jiuxiang on the same day is a very good idea, therefore renting a car or taking a taxi up to the Stone Forest is the best thing to do and you could ask your hotel staff to arrange one for you. A return journey should cost you 250 to 300 Yuan. If you are looking for a cheaper option, bus connections, albeit complicated, are available. The tickets for Jiuxiang come for about 120 Yuan and a lot of walking is involved. Since you will be spending up to six hours travelling, try and leave early in the morning in order to wrap up your tour by evening. 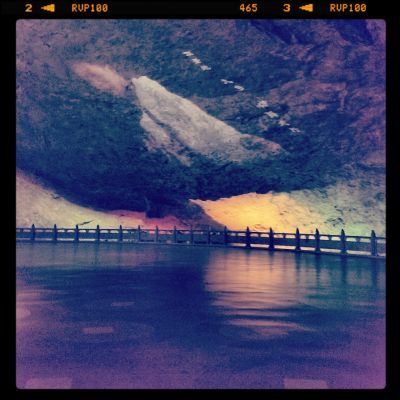 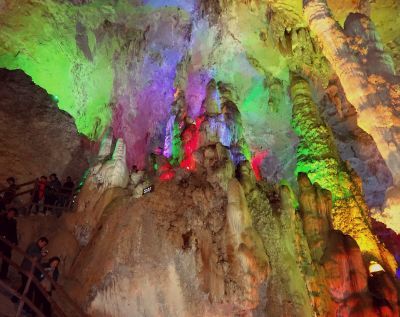 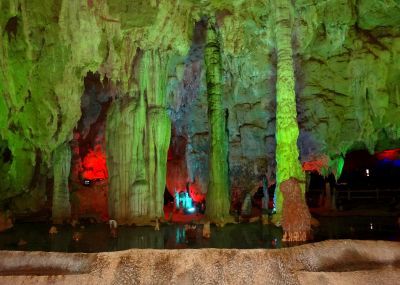 This street is popular in Kunming because it is home to the gigantic Luo Si Wan wholesale market, a complex so huge that walking from one end of it to the other could feel like an Everest expedition. This place has aisles after aisles dedicated to every imaginable materialistic need of ours: clothes, shoes, cosmetics, bags, kitchen appliances, furniture, handicrafts, edibles - you name it. Make sure you put your bargaining skills to good use and if in case you feel hungry, there are hawkers both inside and outside the market selling freshly roasted corn and fried goodies. Getting there: Since buses are capable of confusing most travellers, it is easy to flag taxis in Kunming. However, since the drivers do not really speak much English, make sure you have a map of your destination or ask your hotel receptionists to write down the names for you in Chinese. Luo Si Wan is relatively very popular and you could have to shell out anything above 70 Yuan. The traffic could however be a major annoyance. 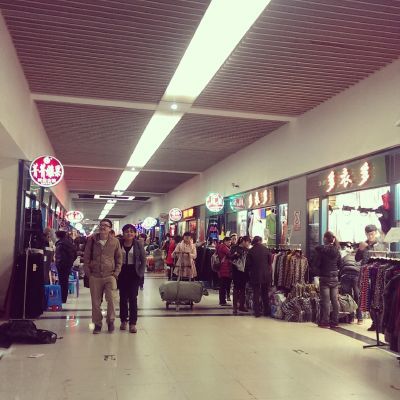