Rendezvous with The Land of Mahabharata - KURUKSHETRA ! (Incredible India) 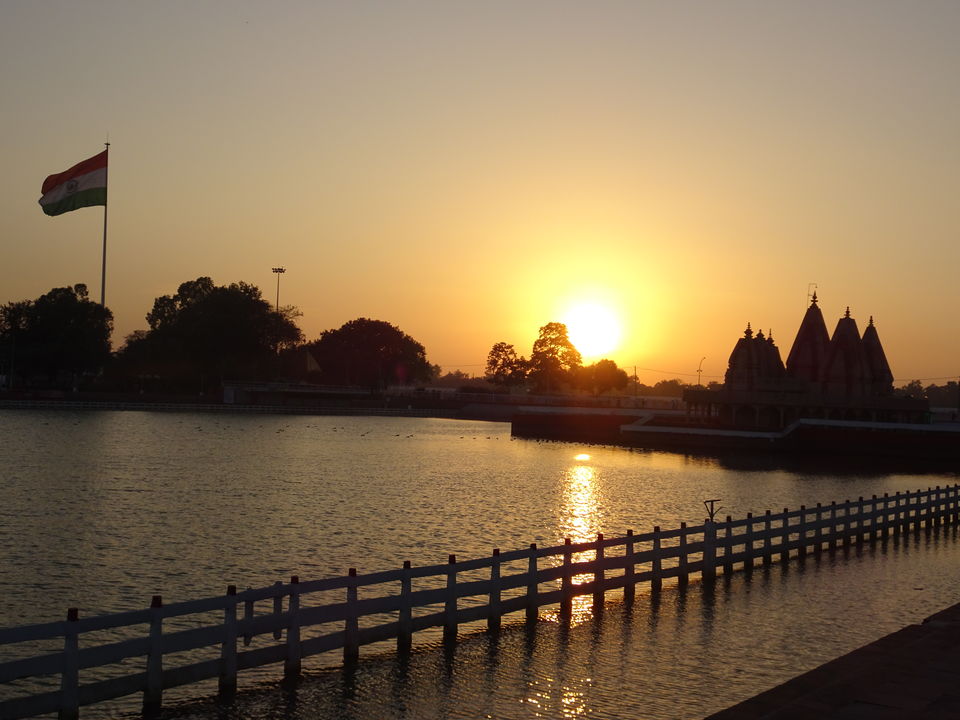 Around 4:30 p.m. , one evening, just when I was thinking whats next to write on, a sudden idea brought a huge smile on my face. I straight away picked up camera and car keys, took the family along and here we were on our next endeavour, probably the most unexpected one. Next 2 hours were spent exploring & clicking photographs.

KARMA I tell you has become an increasingly fancy word, both among masses & classes, to flaunt one's spiritual awareness.

However very few probably know that the philosophy of KARMA ,as explained by Lord Krishna (often quoted as the original Spiritual master) in Bhagwad - Gita ,find its roots at a wonderful city called KURUKSHETRA in Haryana, about 160 km from New Delhi, which luckily happens to be my hometown as well.

It is also called Dharmakshetra , signifying the outcome of the Ancient Indian Epic called "The Mahabharata" where the Evil eventually had to kneel down before the Good.

While coming from New Delhi vide National Highway -1 , just as we are about to enter Kurukshetra , a beautiful Graffiti welcomes us, which sets the tone of this mythological city : 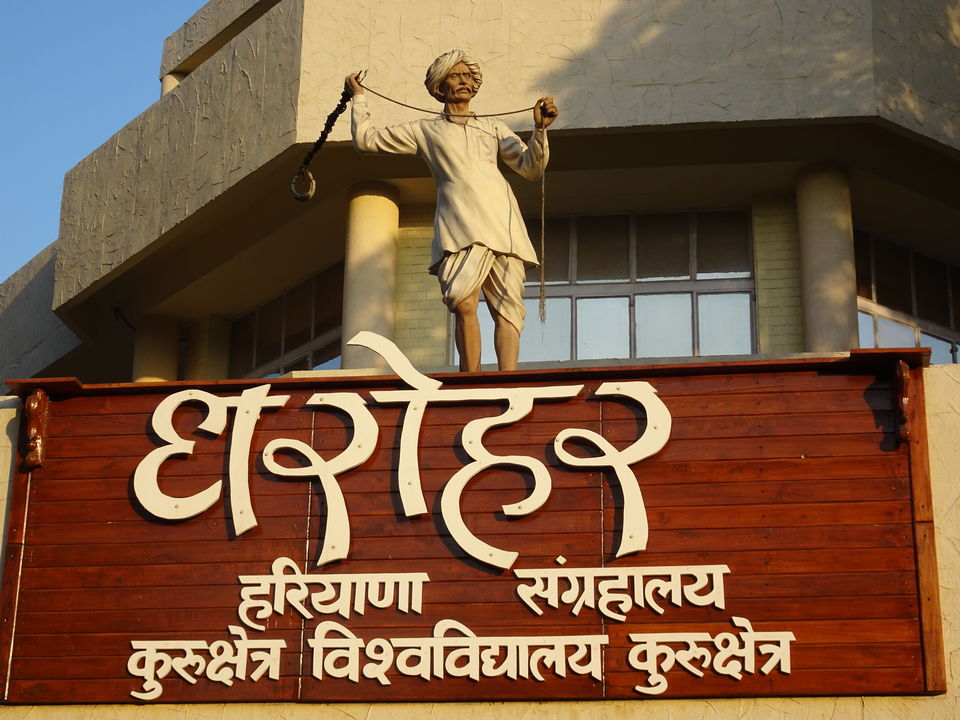 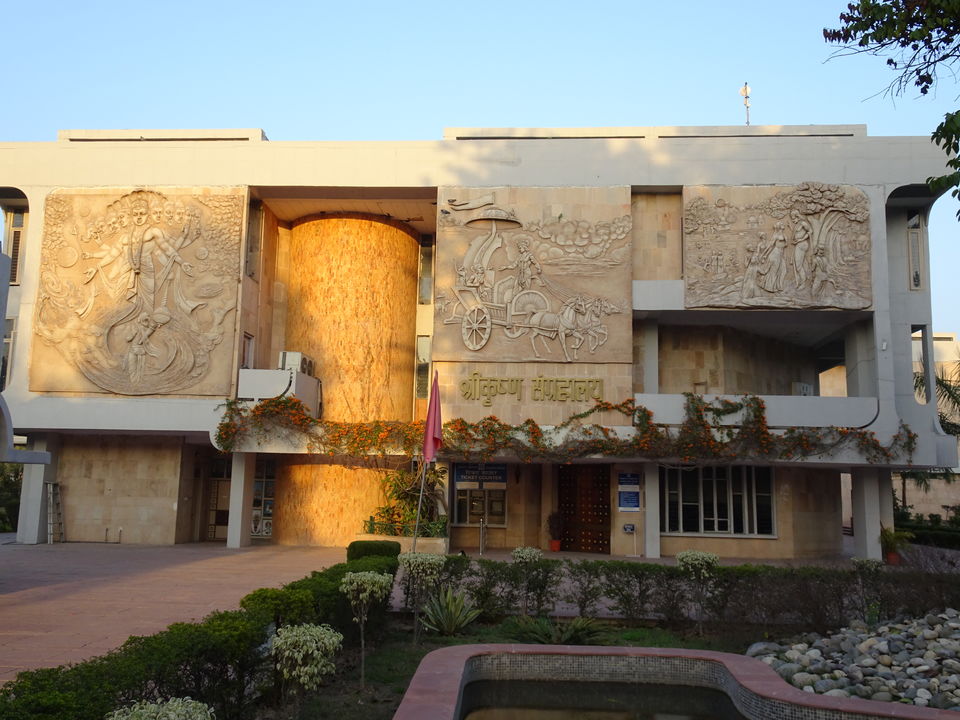 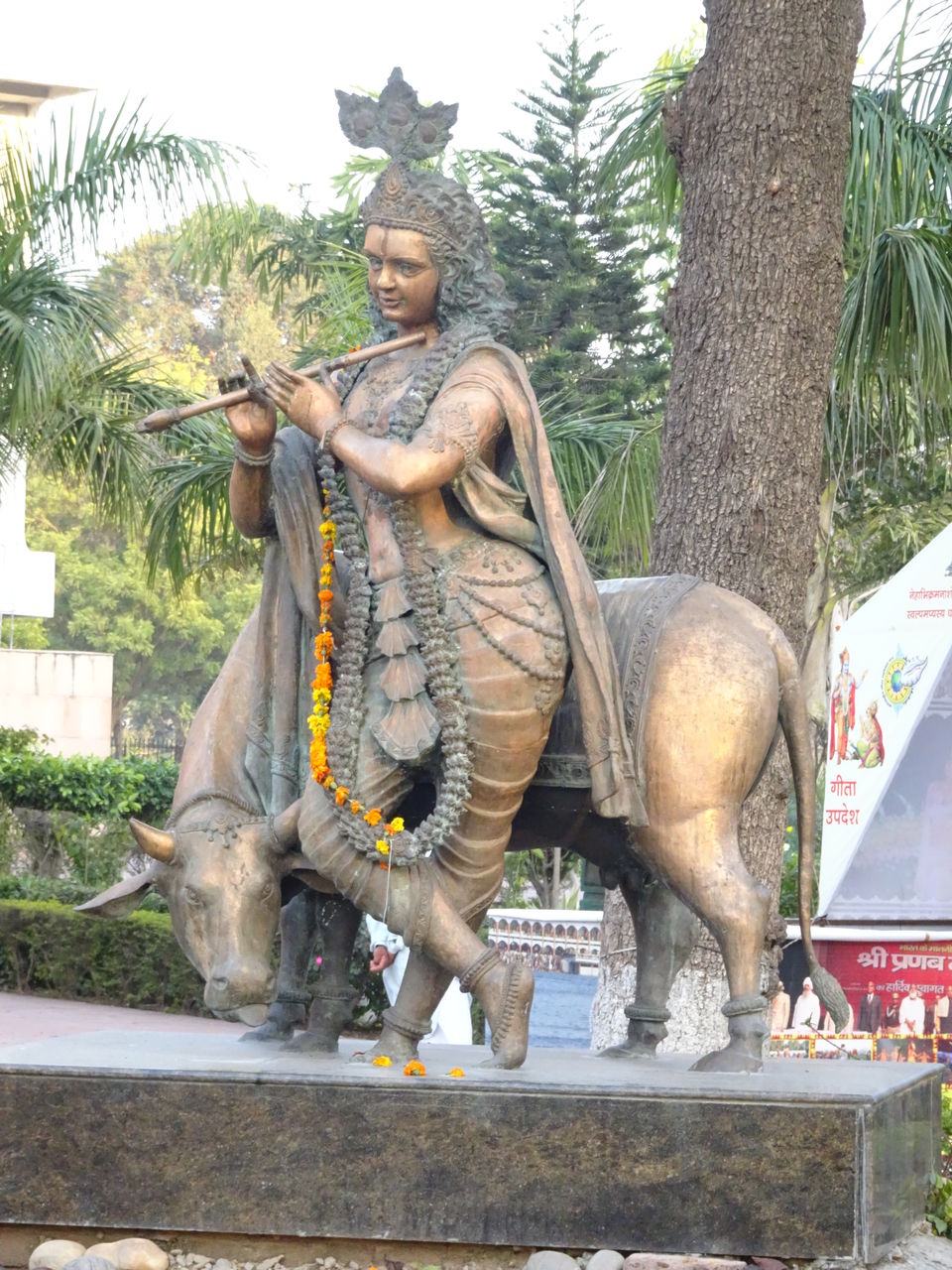 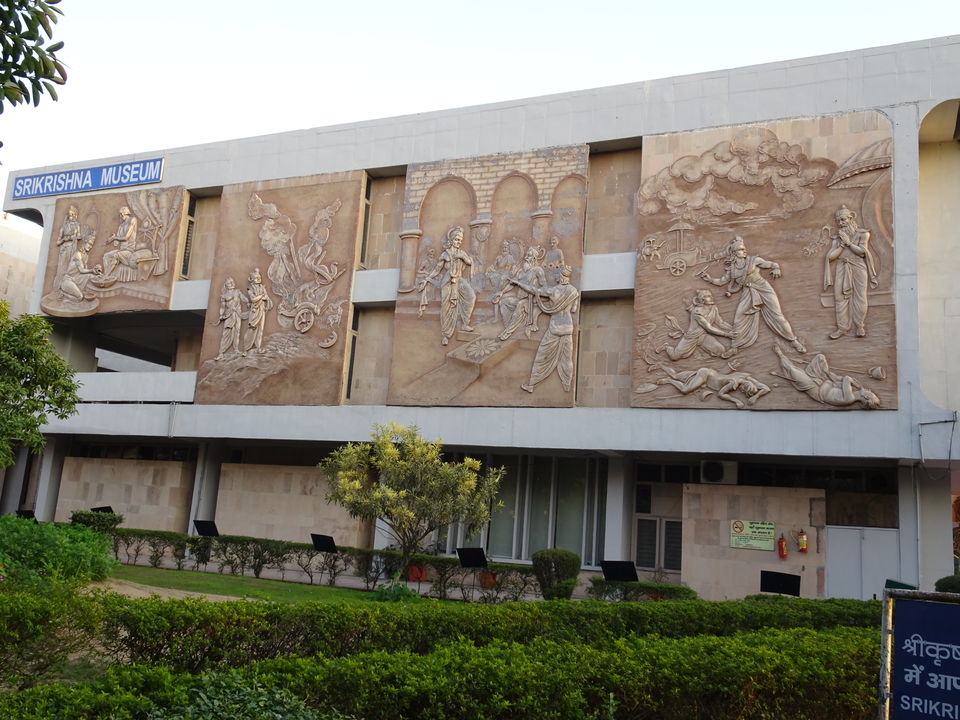 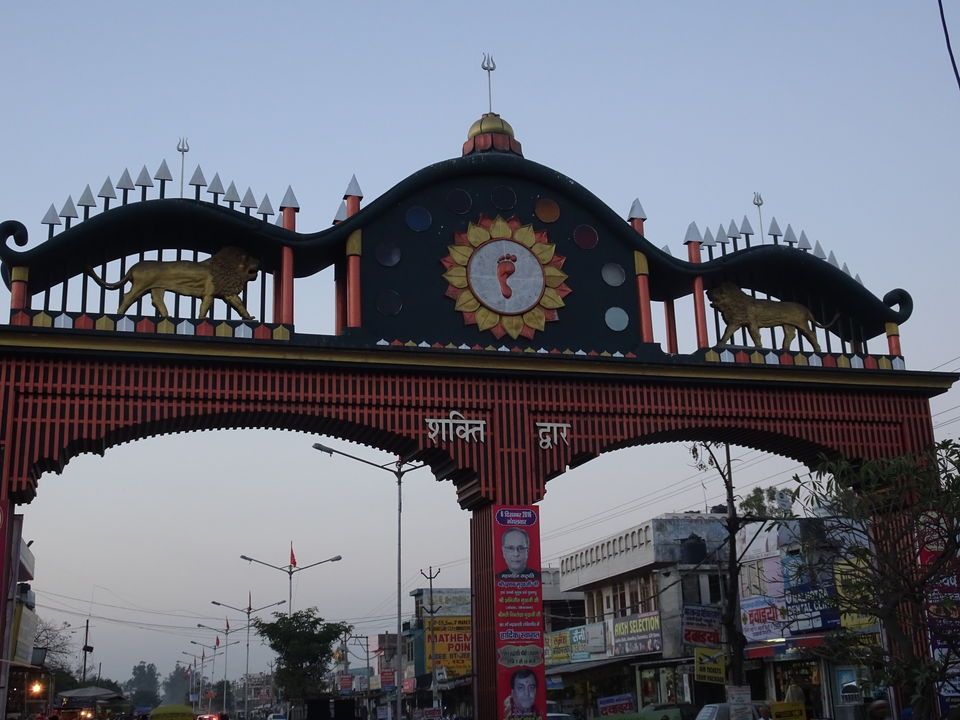 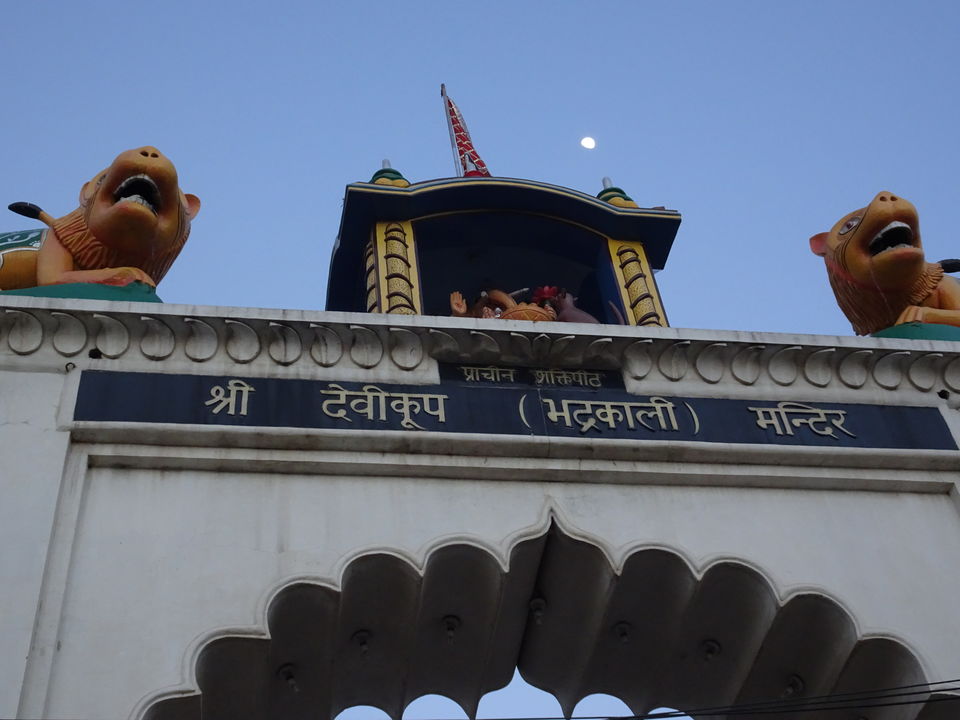 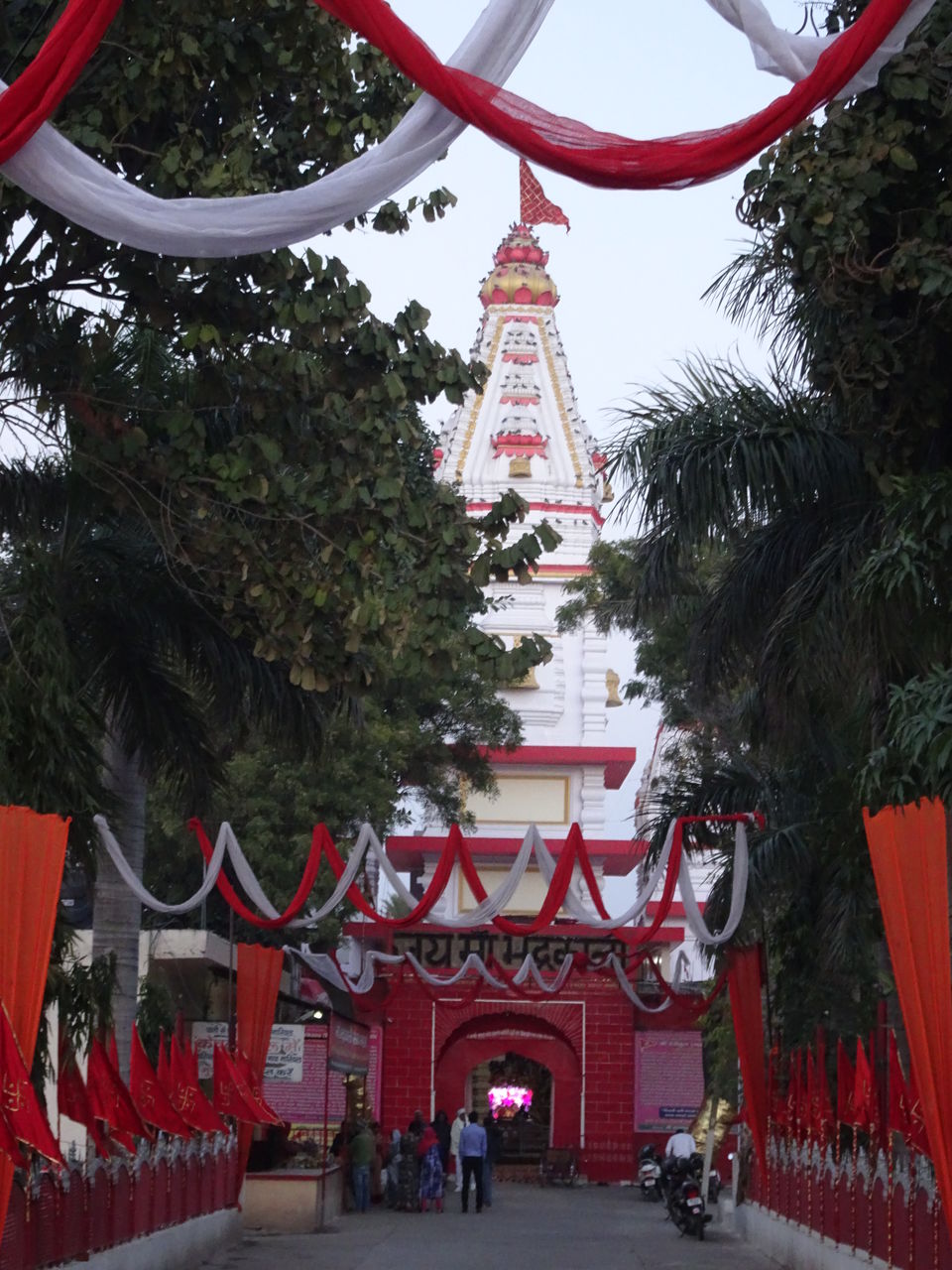 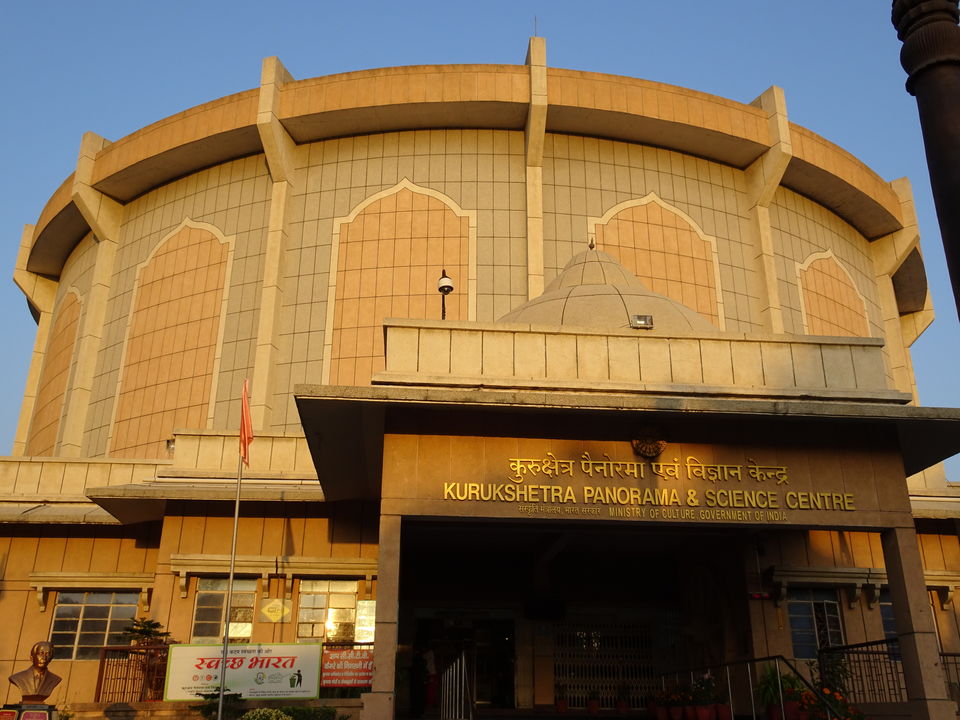 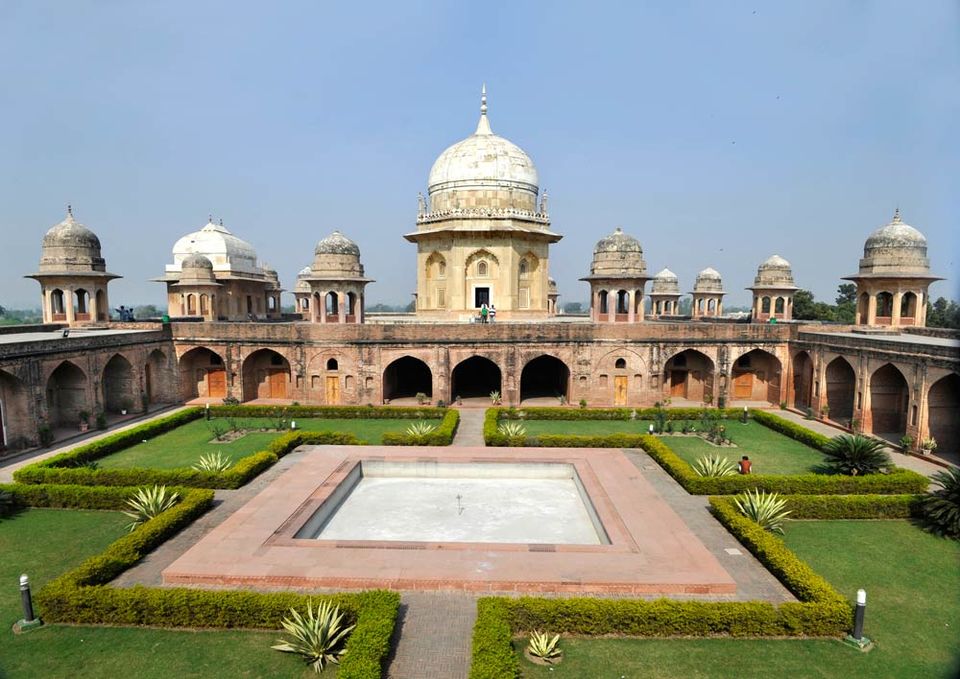 Irrespective of where you go within the city, you gonna find something or the other after every few meters, signifying kurukshetra's mythological connection. And most common sight is that of the Lord Krishna and the Arjuna on a Chariot, underlining the true Guru-Disciple relationship: 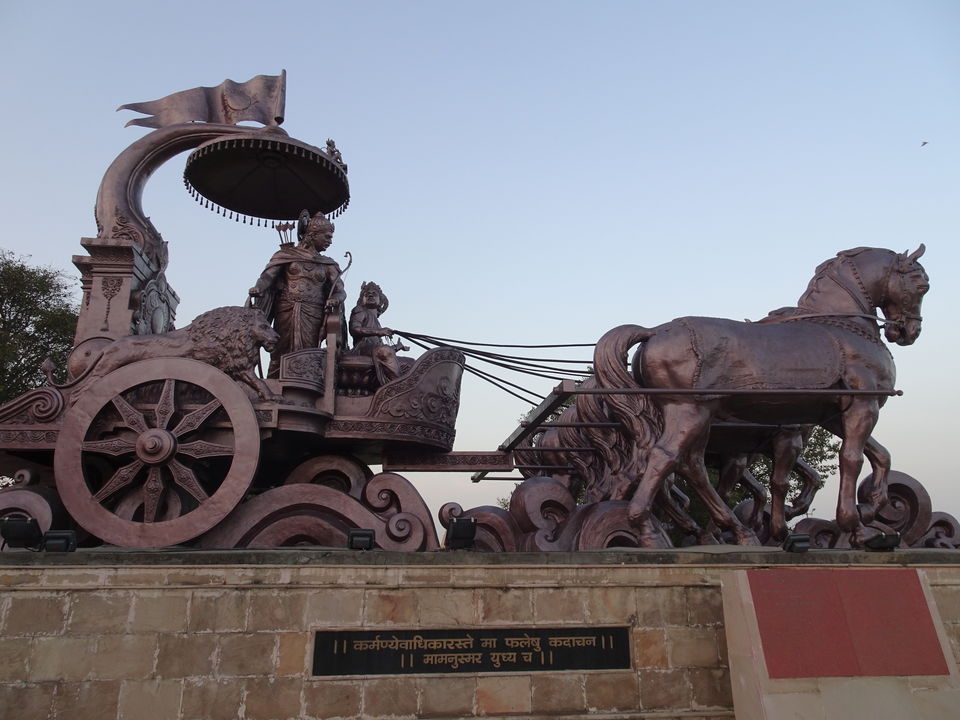 Be it a round about or the main entrance gate of University (Dronacharya Dwar), one can find that religious touch everywhere: 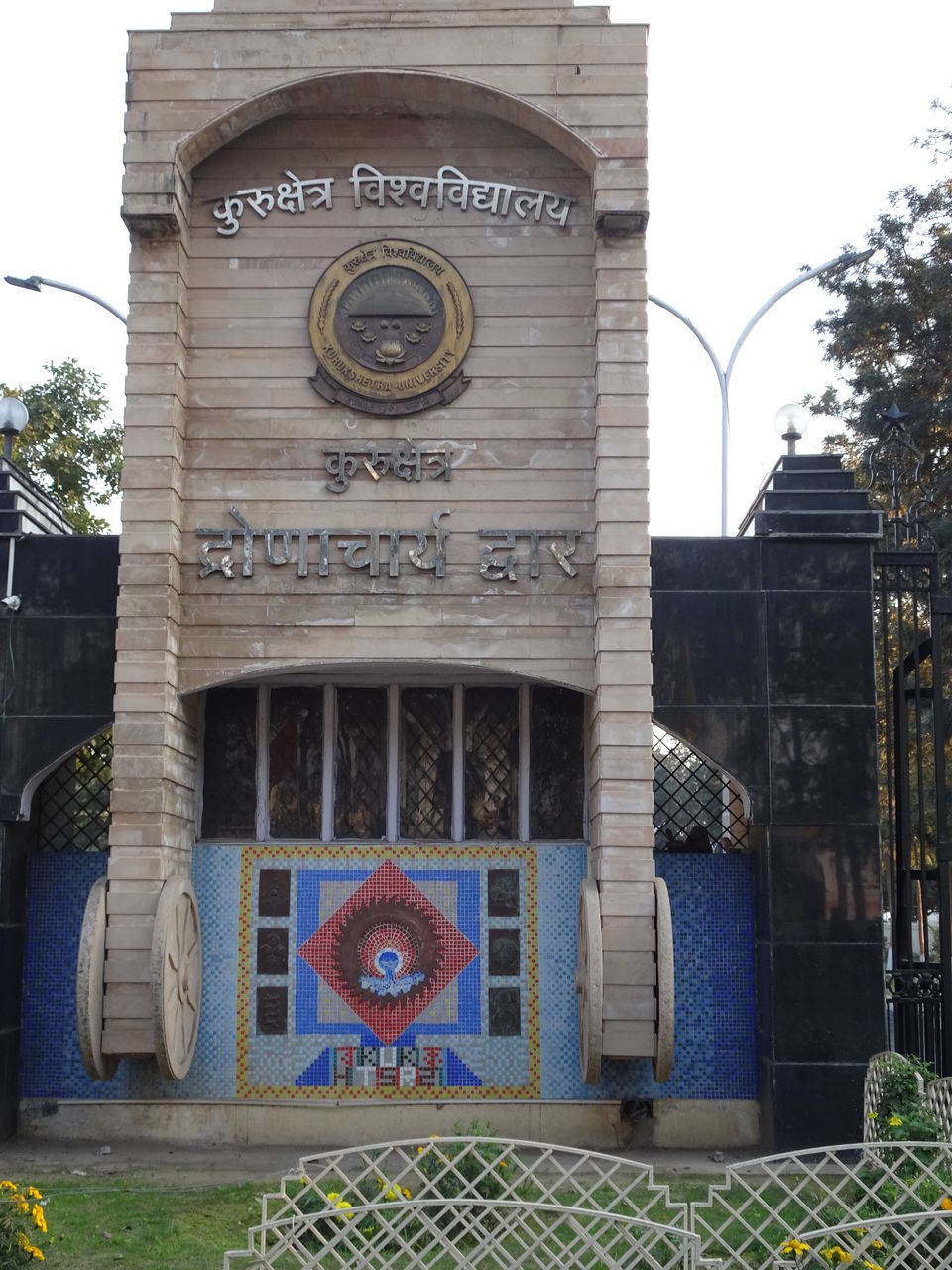 However, its not as if being a mythological city, Kurukshetra has developed only culturally and not otherwise. On the contrary,Kurukshetra boasts of having one of the leading and well reputed universities -The Kurukshetra University along with a National Institute of Technology ,besides a huge number of schools & colleges .There are well established markets, a number of restaurants ,a small but substantial mall in the middle of the city (Kessel Mall),another being under construction, spa centres and other modern facilities etc. Sector -17 is the best area for shopping and dining where you will find all the leading brands and can enjoy the movie too.

Talking of various wonderful sightseeing places, the one which stands out is "Dharohar" - a museum established by Kurukshetra University to showcase the unique archaeological, cultural and architectural heritage of Haryana.

Every moment spent at Dharohar gives you the feel of immense hard work and passion that must have gone into developing such an attraction. From wall hangings to statues to dummies, each one does its best to make Dharohar look even better. Here are few more shots from Dharohar : 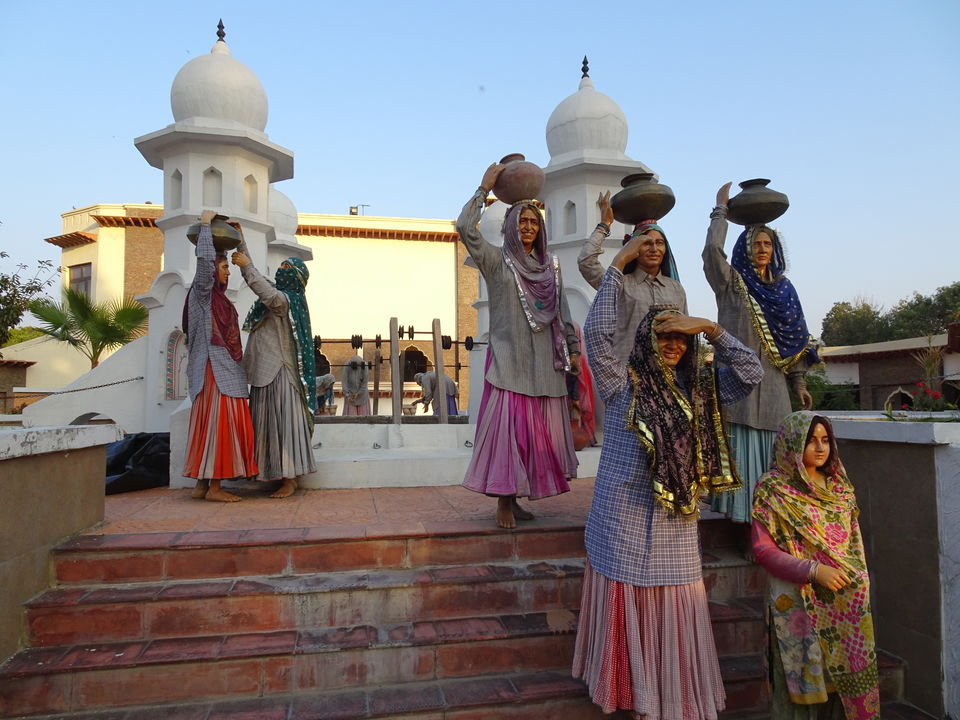 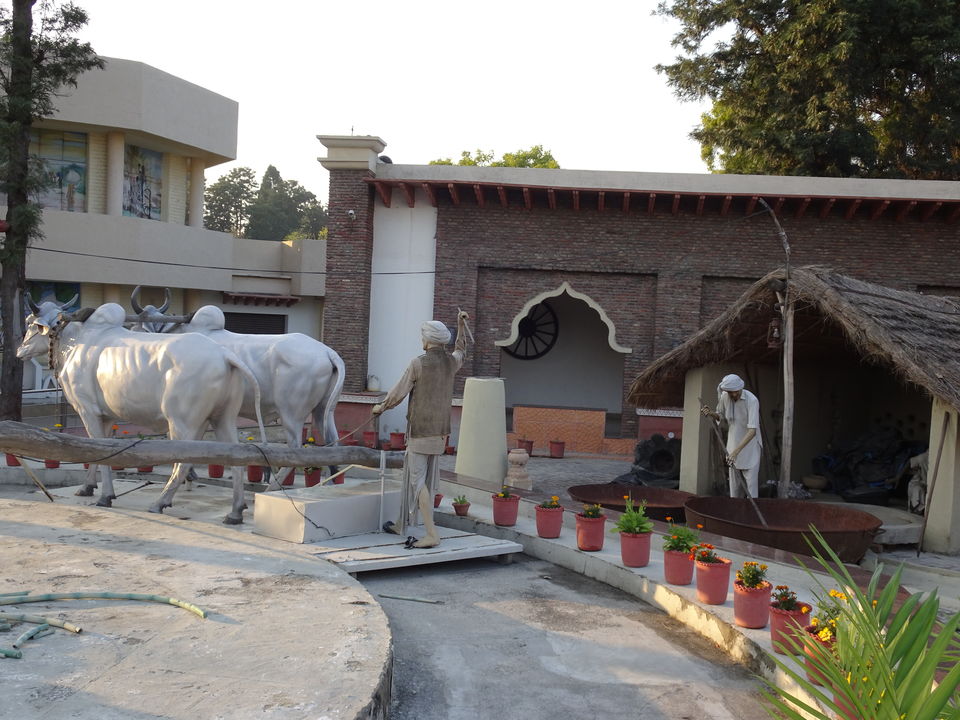 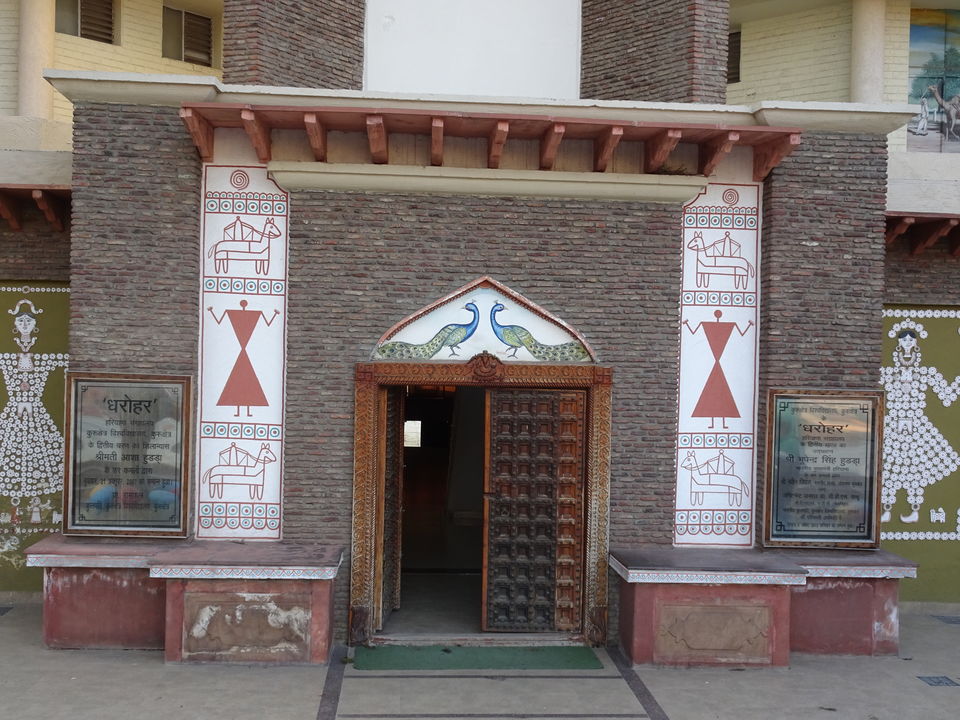 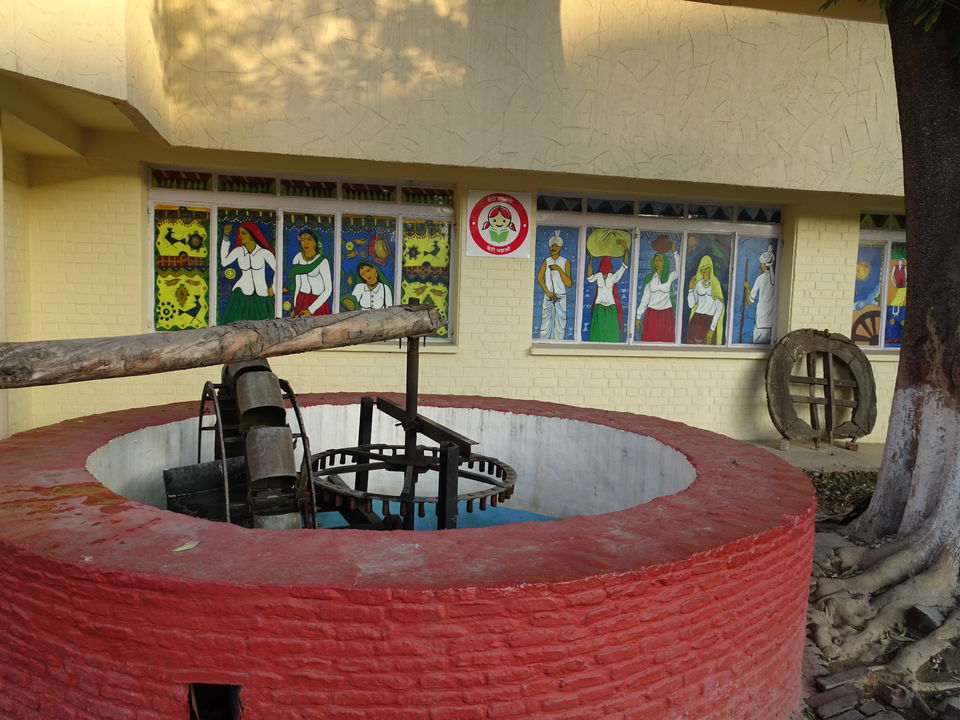 Among the other must visit spots, major are the ones mentioned down under:

1. Shree Krishna Museum - It houses various stone sculptures, bronze castings, leaf etchings, miniature paintings, clay pottery & other beautiful art objects and antiquities related to Lord krishna, Kurukshetra & Mahabharata. The beauty of what lies inside Shree krishna Museum cannot be put into words, for you can feel the vibes of Mahabharata Era at every nook & corner.

2. Brahma Sarover - It is a sacred water body and one of the favorite hangout places of locals where you can enjoy the pond side stroll with family .It is in fact considered as one of the largest man made ponds in the world. The famous Geeta Jayanti Festival is also held here only when artists and tourists from all over the country gather and become a part of this larger than life event.

3.Shree Bhadrakali Mandir : It is an extremely popular temple which is one of the 52 Shakti Peethas, famous all over the world. It is believed that an anklet of Sati fell in the well located within temple premises and this belief has been represented in the form of marble anklet. The whole ambiance of the temple is soothing and divine. Sunday evening witness huge crowds.

Besides Bhadrakali Mandir, there are a number of other popular religious places like Birla Mandir,Sannihit Sarover,Sthaneshwar Temple etc that one can fit into itinerary based on the time availability .

4. Panorama & Science Centre - Located immediate next to the Shree Krishna Museum, it has got various working models & exhibitions on ancient Indian concept of properties of matter, structure of atom, geometry, arithmetical rules, astronomy medicine and surgery etc. But the biggest attraction is Panoramic display of epic war of Kurukshetra, The Mahabharata ,at first floor. For a moment, you actually feel as if you are at the centre of warfield, engaged with armed soldiers all around.

5.Sheikh Chilli's Tomb - It is a beautiful place to hang out, which houses a red sandstone Mosque and Mughal gardens besides the wonderful floral designs on ceilings of various structures within the Tomb.Its one of those places where you plan to stay for 5-10 minutes but end up spending an hour or so,admiring its royal beauty.

6.Jyotisar - The exact location where Bhagwad Gita actually was delivered by Lord Krishna to Arjuna lies in a town, about 12 km from kurukshetra, called Jyotisar. As a matter of fact, the banyan tree, under which Bhagwad Gita was supposedly delivered, still stands there. It is one of those truly mystic places where you can see and touch mythological evidences . 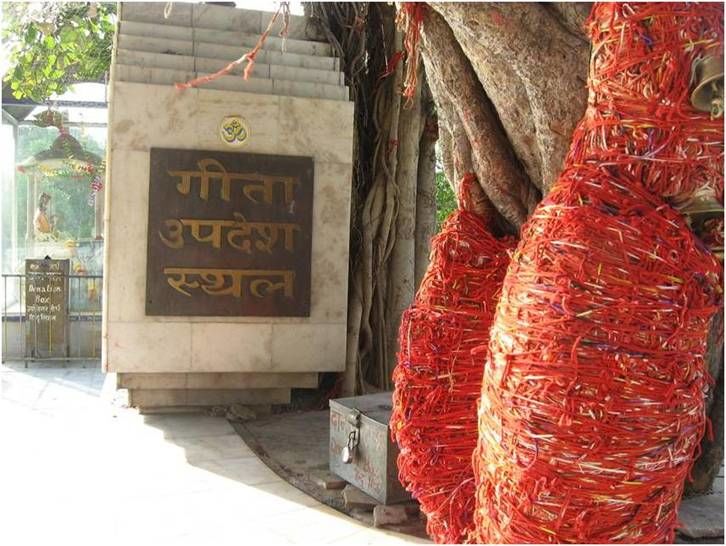 After visiting so many places, FOOD eventually becomes the next top priority. Well you won't find a high end dining Luxury sit out as such but there are a number of good restaurants -Mezban , Saffron , 9th Planet, Pearl Marc ,Saffron ,Kimaya etc to name a few .Pearl Marc is my personal favourite when it comes taste though ambiance still has lot of scope for improvement. And best part of these restaurants is that they all are pretty spread out across the city, so availability of good food is definitely not an issue.

Having said that, big restaurants don’t actually define a place, rather the small but the famous street food shops /vendors are the ones that usually excite tourists, thanks to the different and secret taste in their respective specialties . On that day,I could capture two such fellows :

Jagdamba ,Sector -17 market -> The man in the picture looks like a simple guy but he turns VIP every evening ,going by the number of people around his Stall,waiting for their turn to get hands on the famous “Chole -Kulches”.By the way, going by his smile,he surely loves getting clicked,doesn’t he ? 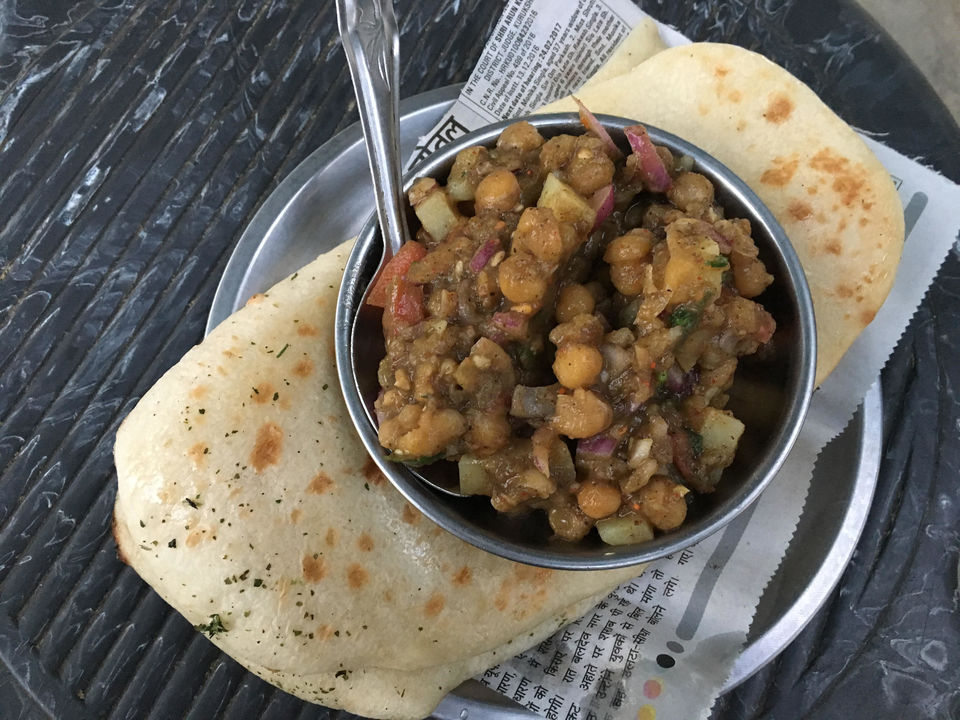 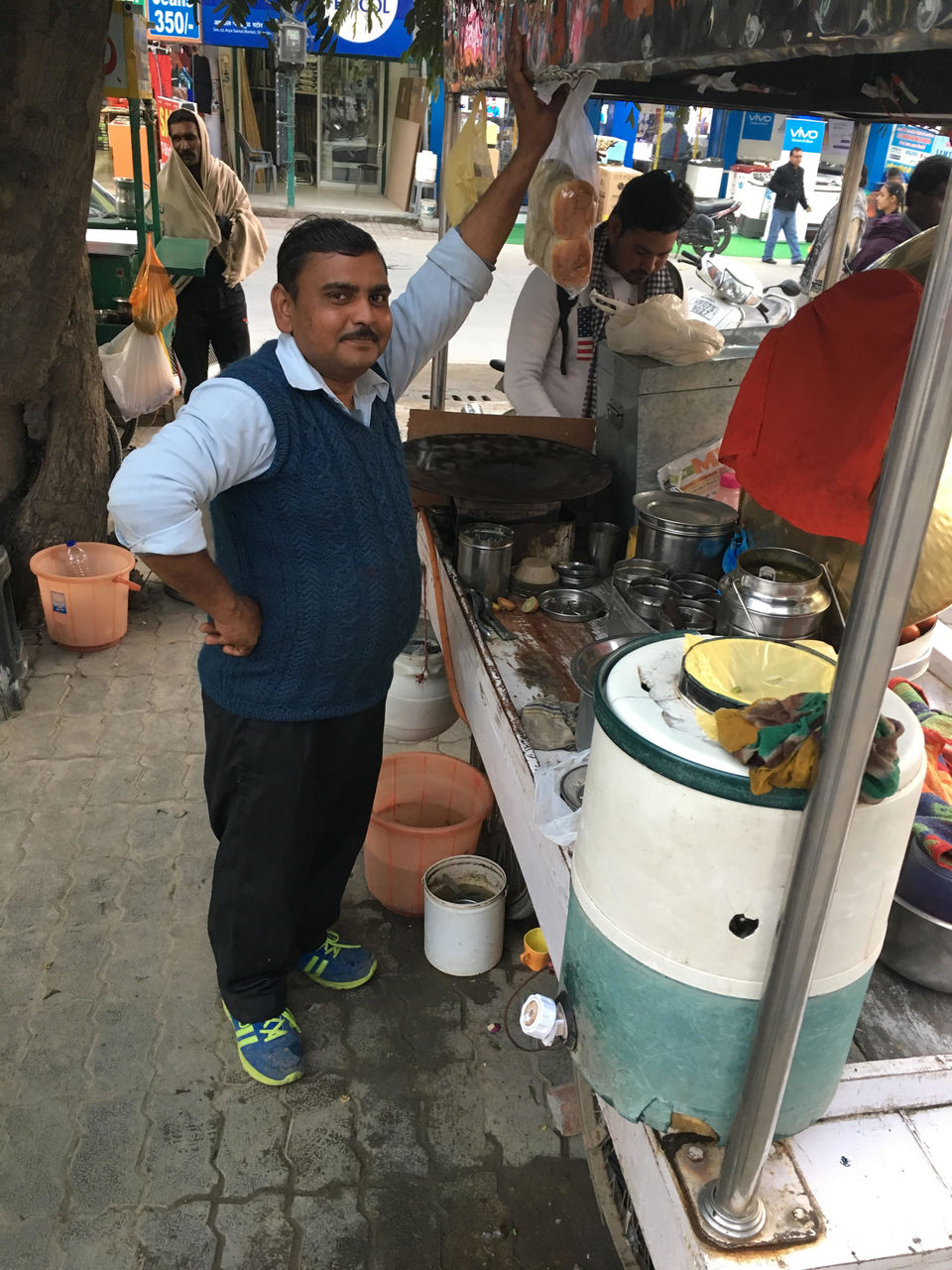 Shiva Ice Cream parlor ,Sector -13 -> His Masala lemonade I tell you guys, beats the taste of best of lemonades offered by big Cafes. 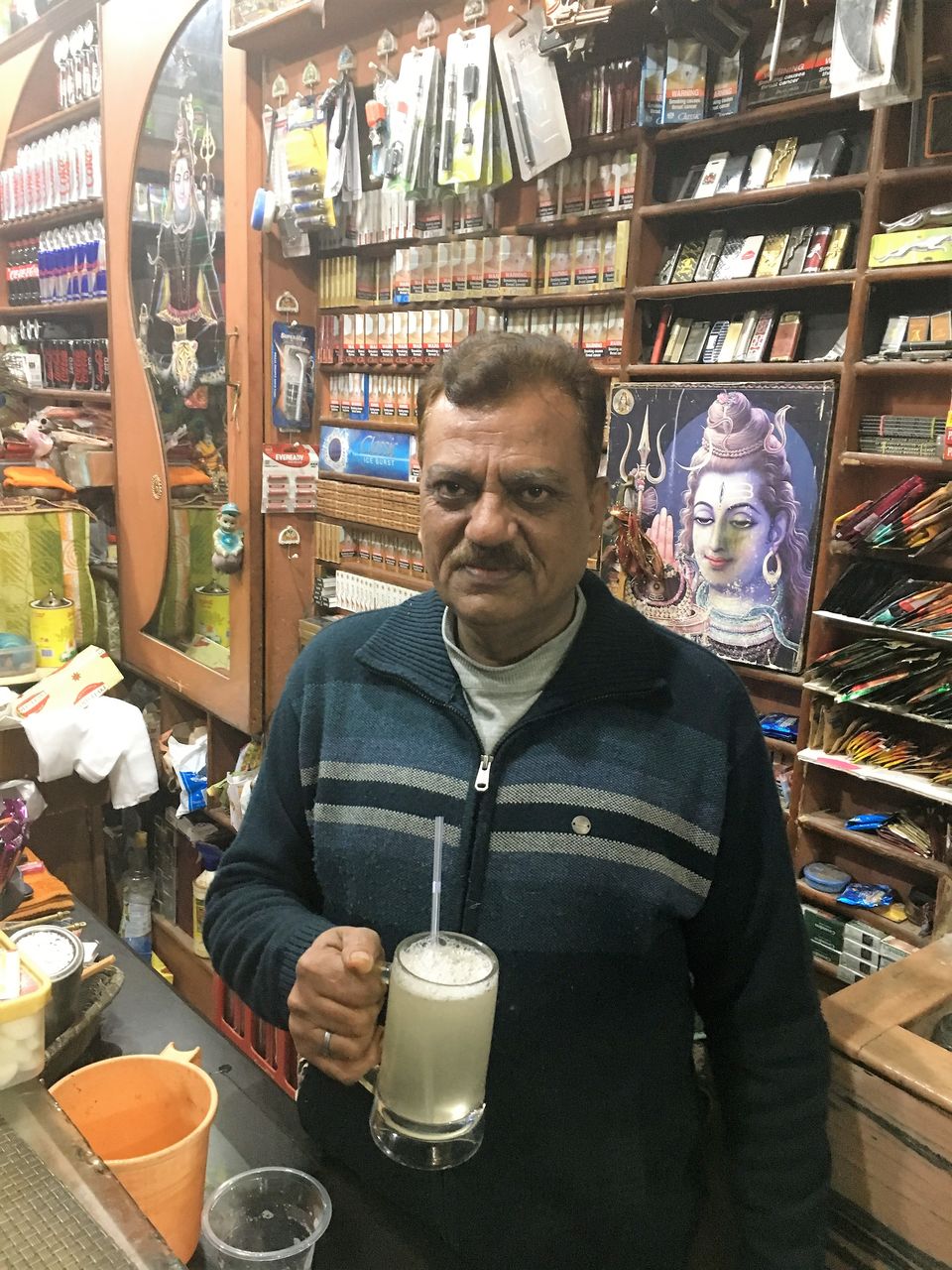 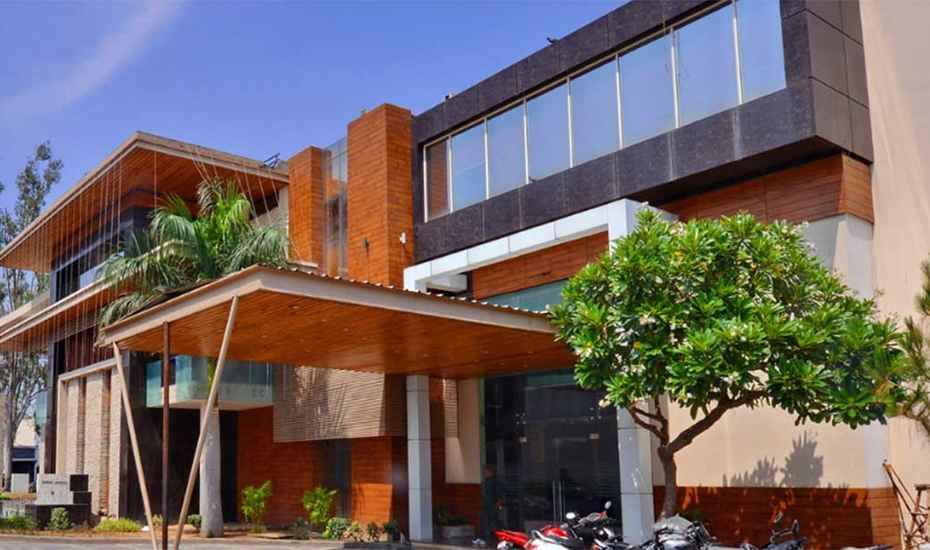 #Besides these two , do try Grilled Sandwiches of Icy Spicy on Railway Road.

Though there are plenty of options but I would recommend following two hotels :

To feel the pulse of a small Indian city, you need to visit its main market ,popularly know as “Shehar” or “BAZAAR”. Kurukshetra’s main market is no exception , it is full of life ,especially in the late evenings hours with lots of Hustle & bustle .You can enjoy a number of local cuisines and ladies in particular gonna love the traditional Indian attire shopping . 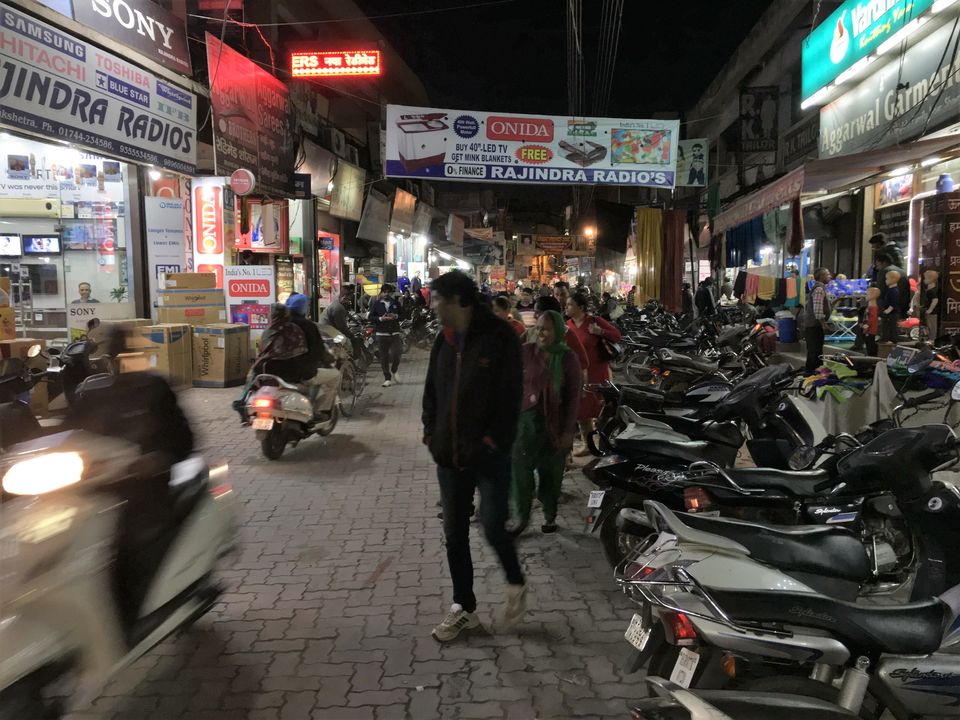 Though there is still a lot to write ,but we have to conclude somewhere and on that note, just want to say – Guys ! Kurukshetra won’t disappoint you.Come ,have a feel of this small but beautiful and extremely safe Holy city. Till then,

Would Love to hear your feedback at :

Inside Out with Rahul Yuvi

and watch latest travel videos at :

Inside Out with Rahul Yuvi @ You Tube 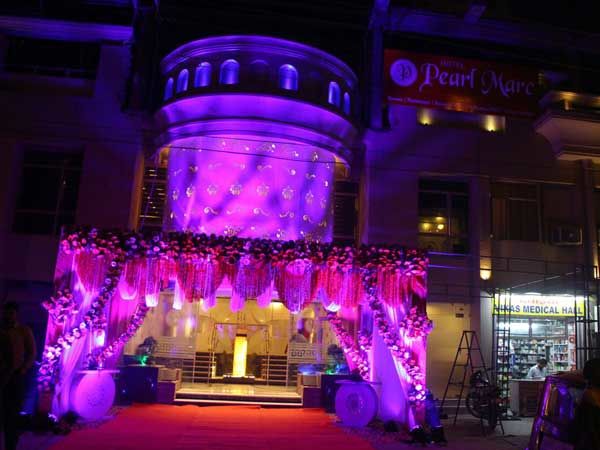