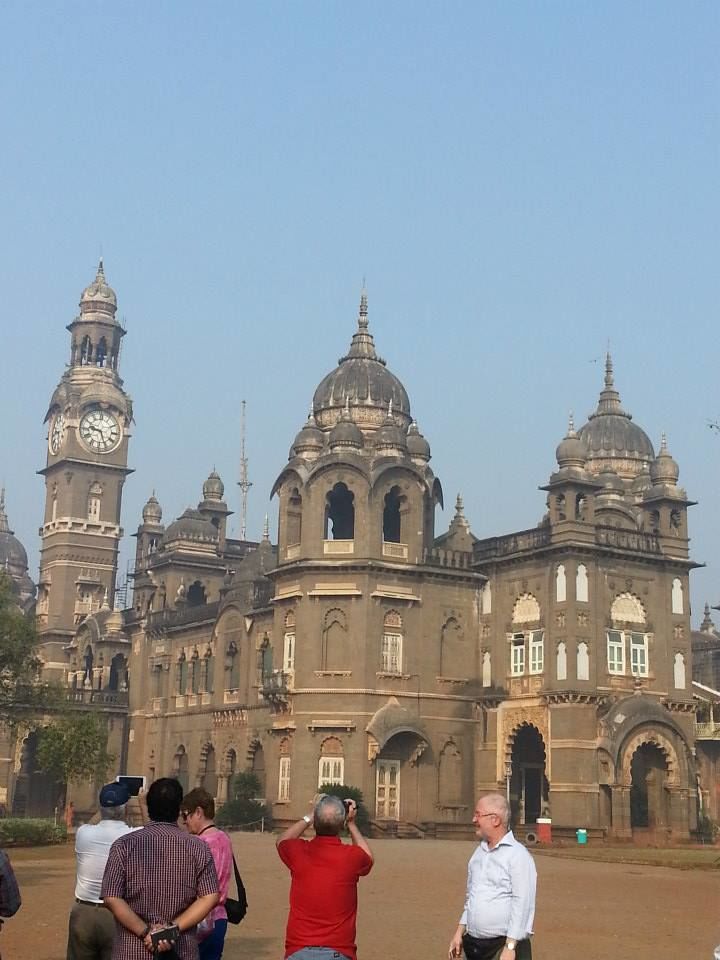 We visited The New palace of Kolhapur beautiful specimen and that has attracted many people with its architecture, setting, environment and especially its historical belongingness. It took seven years to get completed. This has been the residence of Shahu Maharaj himself and even today the direct descendant of Shahu resides in this beautiful palace in Kolhapur. The palace premises is beautifully decorated with a garden, fountains and even the wrestling ground. Shahu Maharaj ji has been very fond of wrestling and he took all measures of promoting it. The palace is an eight angled building with a tower in the middle with a ery old clock that was fixed in 1877. Each of the glasses of the palace is painted with events in Shivaji’s life. The palace dated back then was one of the most royal palaces in the state of Maharashtra. It attracts a lot of tourist making it a busy sight seeing affair. When we visited the palace the history talks a lot of the kings passion towards its rich architecture, heritage and people. The palace is a blend of disparate features of basalt and sandstone. The ground floor is accommodated with a museum, curating a fine collection of things used by the founder of the Maratha Empire. It is stocked with the royal costumes, weapons, jewellery, and other paraphernalia. Even the letter from then Governor General of India and British viceroy are still preserved. Infact we also find the sword owned by Aurangzeb in this very museum of the palace. There are many stuffed animals like wild boar, tiger, Black Panther, lion, etc, that has been installed owing to hunting being the major leisure activity they had. There is an adjacent zoo which is also opened to the migrating birds, like flamingo. New palace is an ancient building on the Bhavani Mandap-Kasaba Bavda Road. It was constructed during 1877-1884. The architecture is built in black, polished stone. Shahu Maharaj ji was the first Maharaj of the Indian Princely state of Kolhapur. He has been always considerate about the lower section of people. During his time, he had made many policies that helped in the development of the place and people. His major concern was primary education for all, irrespective of the class, sex and creed. He had established compulsory yet free primary education for all. He opposed against the Brahmin rule and removed them from all the prestigious positions. He was greatly involved in removing caste system and untouchability rigid notions from the society. He even improved the living conditions of women by abolishing child marriage, legalised remarriage and also looked into the education of the women clan. For Tourists who want to visit Kolhapur nearest airport would be Mumbai or Pune, there are multiple trains to Kolhapur as well as government & private buses. Do Share your experiences with us and follow our travel stories.