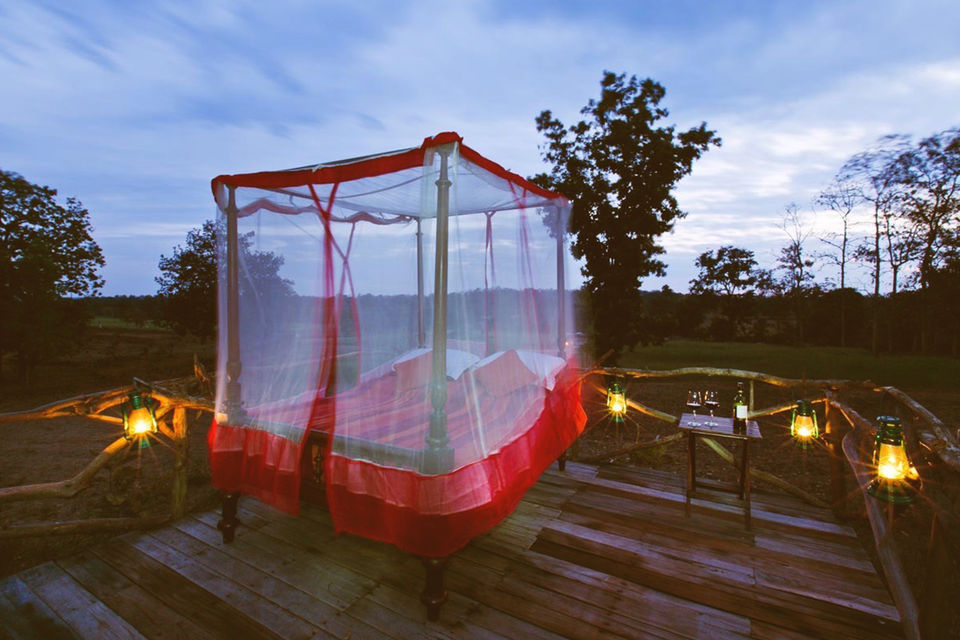 It is said that the clearest way into the Universe is through the wilderness. The pristine air of the jungle, the soulful sounds of the animals and the calm that beholds the wild is what makes the woods a therapy for the mind, body and soul.

And if the Pench National Park is a crown, Jamtara Wilderness Camp is its biggest jewel! 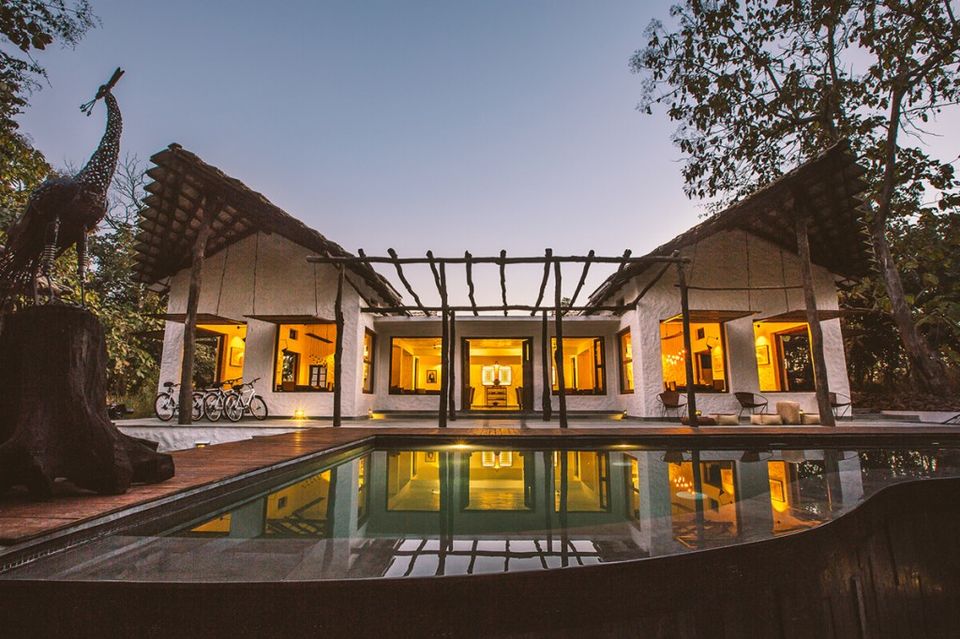 The Jamtara Wilderness Camp is the ideal getaway for travellers who are looking to connect with nature and understand life in the jungle while enjoying all aspects of a luxury holiday. 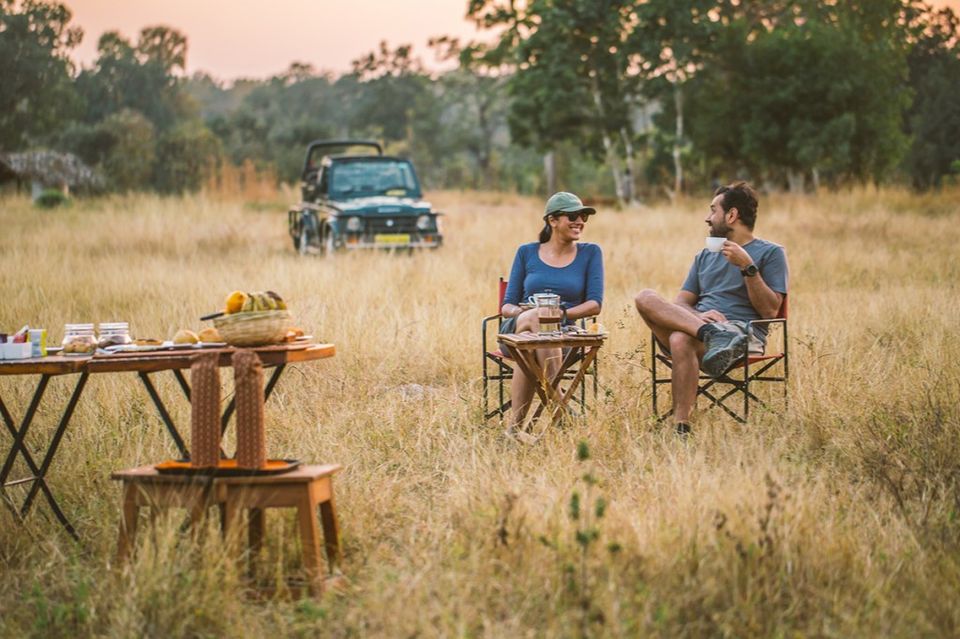 Nestled in the middle of a small village Jamtara, the Jamtara Wilderness Camp is a luxury tent property with ten feature-laden tents that are designed to give you the most authentic experience of the Pench National Park. The large open and spacious tents are designed in such a way that they allow guests to soak in the beauty of nature completely. 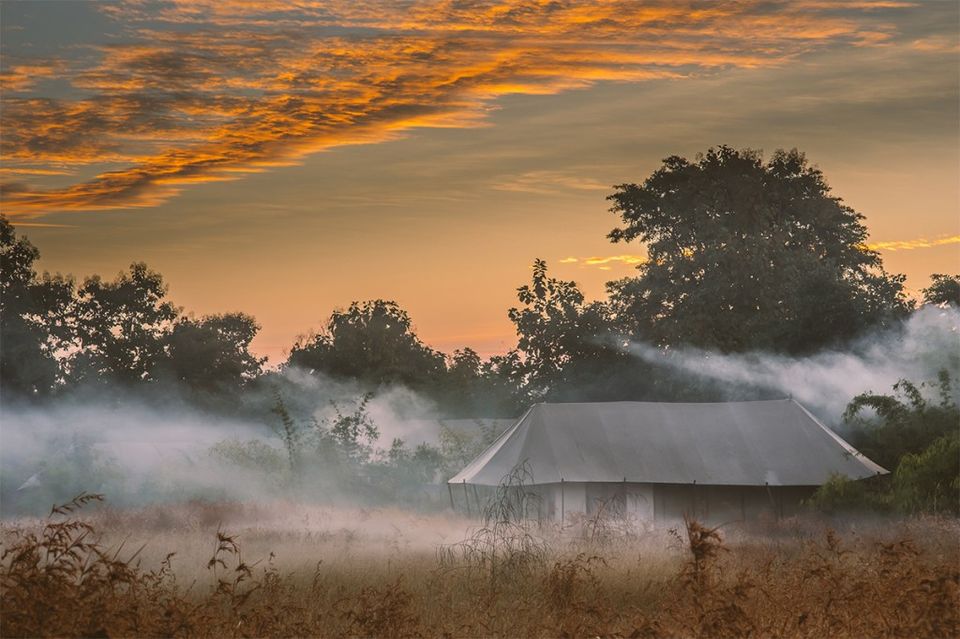 While the tents are so comfortable and luxurious that you’d hardly want to step out, one can also have special beds put up on the patios that open into the jungle for the ultimate experience. And if you’re ready to take it to the next level, ask for a star bed—a stilt bed on a machaan that promises a one-of-a-kind stargazing experience. Trust me when I say this, the sounds of the jungle and clean air makes it worth every penny! 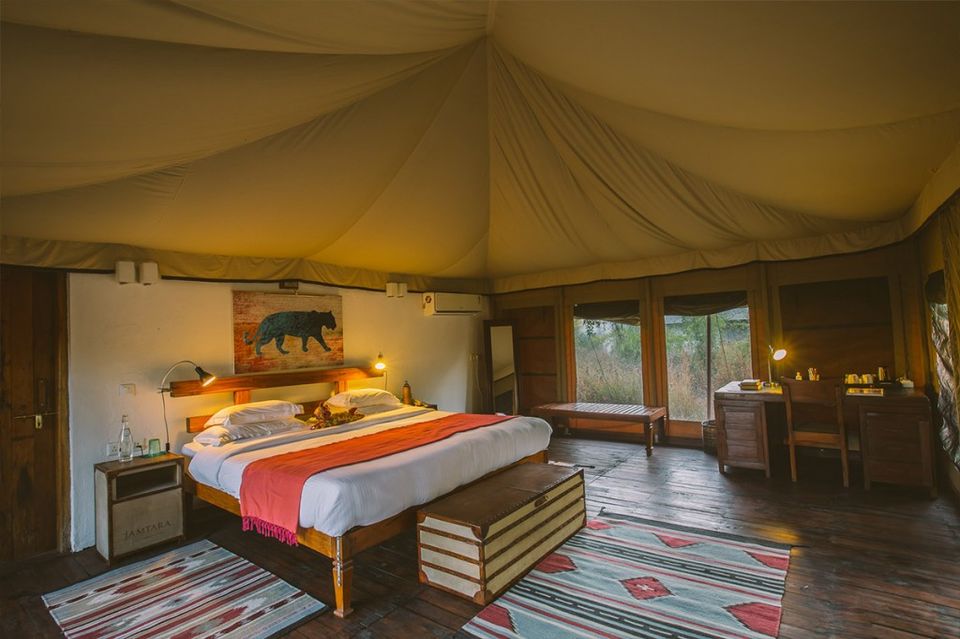 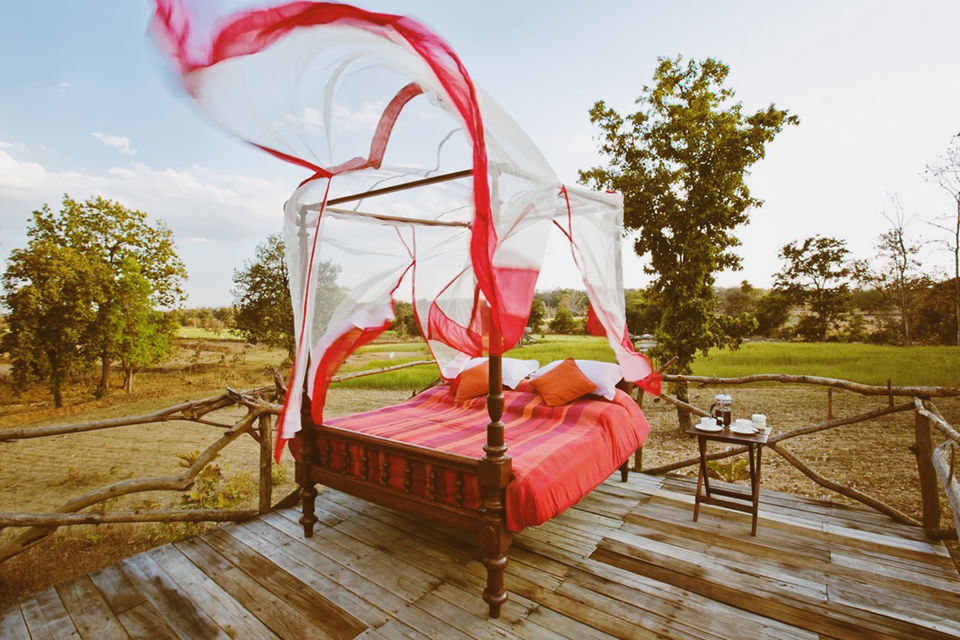 Head Chef Omkar draws heavy inspiration from the spice-rich food of the region and that is exactly what reflects in the food at the Jamtara Wilderness Camp. A meal at the camp usually consists of a wide variety of both vegetarian as well as non-vegetarian Indian dishes made with hand-picked spices and fresh organic vegetables, many of which are grown on-site. To make sure that the focus is on nothing else but purely the food, the camp prefers not to serve food in tents and all the guests get together to eat on long wooden tables under the light of the stars. 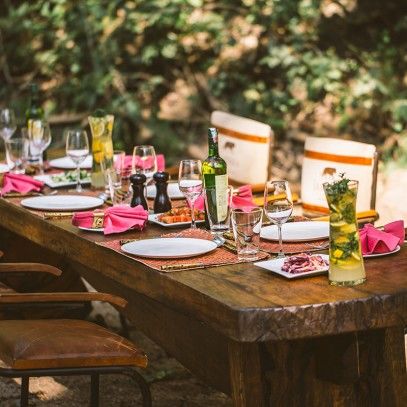 The best time to visit Pench National Park is between October and February when the pleasant weather makes for an enjoyable wildlife getaway.

The closest metro city to the Pench National Park is Mumbai and here’s how you can get there from the commercial capital of the country:

By Air - One can take a flight from Mumbai to Nagpur for ₹3500 onwards which is the nearest airport to the Pench National Park. Once you get down at the airport, hire a cab to reach the national park which is at a distance of 90km, a distance that can be easily covered in 2-2.5 hours.

By Road - Mumbai is connected to Pench National Park by the Mumbai-Aurangabad highway and it takes approximately 20 hours to cover the distance of 925km.

By Train - The closest railway station to Pench is Nagpur Junction which is well-connected with Mumbai. It takes about 14-15 hours to reach Nagpur from Mumbai and one can hire a cab from the railway station itself to reach Pench in another couple of hours.

What to do here

Into the wild - The Jamtara Wilderness Camp organises special guided 4-by-4 safaris to the core area of the national park which forms 299 sq. km of the park’s total area of 758 sq. km. Apart from the rich tiger population, one can also spot rare bison, wolves and leopards in the vicinity of the park. The park is also a haven to bird watchers as well as flora enthusiasts with over 258 species of resident birds and some rare varieties of flora. 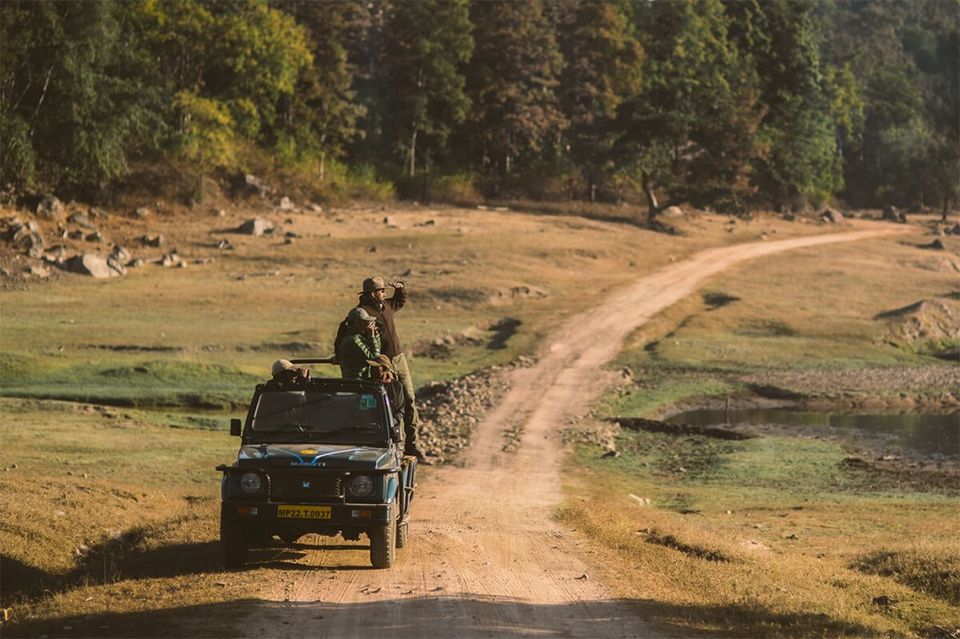 Village Tour - If you’re looking to explore the hinterland by being right where all the action is, the Jamtara Wilderness Camp’s got that covered for you as well! The guided village tour of Jamtara opens up a whole new world for travellers; a world we city folk live far away from. Visit the farming lands of the locals, learn about their culture and heritage or just start off a conversation, a visit to the Jamtara village is the best way to spend a day in Pench. 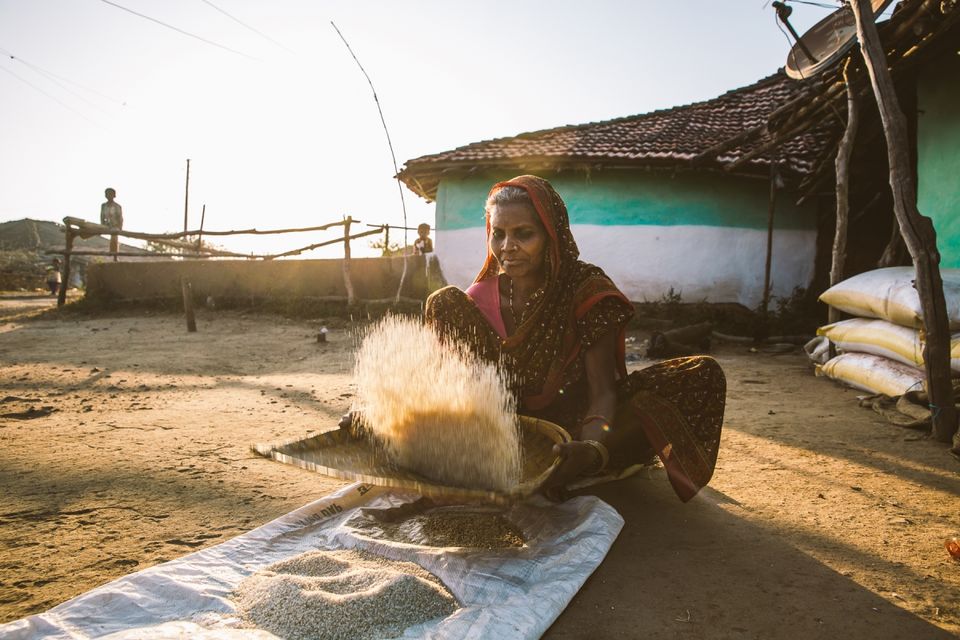 What are your fondest memories of the woods? Write in your stories into the Tripoto Community and let us know!

All pictures by Jamtara Wilderness Camp.