How to get OOTY train

The Nilgiri Mountain Railway toy train is the highlight of a visit to the popular hill station of Ooty, in south India's Tamil Nadu. Established in the early 19th century by the British as the summer headquarters of the Chennai government, Ooty now attracts the tourists from various countries and continents to beat the heat of summer.The railway works was started on 1899 and has been completed on 1908. UNESCO approved it as heritage site on 2005.

The Nilgiri Mountain Railway runs from Mettupalayam to Udagamandalam (Ooty), via Coonoor. It's the only meter gauge, rack railway in India. Also known as a cog railway, it has a middle rail fitted with a rack that engages a pinion on the locomotive. This provides traction for the train to go up steep inclines. (Apparently, it's on of the steepest track in Asia, increasing from 1,069 feet to 7,228 feet above sea level). The train travels through the 208 curves, 13 tunnels and 250 bridges. And the architectural intelligence of bridges and stations are remain the same.

How to book tickets:

The tickets are booked through IRCTC website. IRCTC is an Indian railway website to book tickets. However the train tickets will be filled in 10 minutes of opening time it has a general unreserved compartment. The train has one unreserved compartment and other two reserved compartment. The tickets can be reserved by  IRCTC website or by railway station booking counter. But the general unreserved tickets will be provided on the day of travel. If you are willing to travel through unreserved coach the you should be there in Mettupalayam railway station by 5 AM in the morning. There is a Queue in the 2nd platform which helps you to get the seats in the train. you will be given tokens then you can get the tickets and travel to ooty. The unreserved ticket costs around 15 rupees per person. 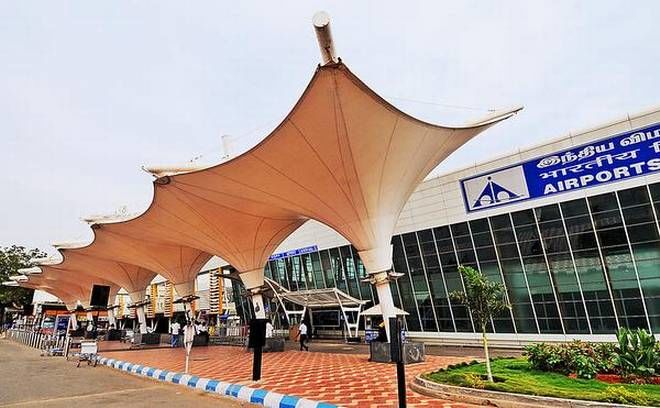 Coimbatore is the closest city to Mettupalayam. It's located about an hour south, and has an airport that receives flights from all over India.

The daily 12671 Nilagiri (Blue Mountain) Express train from Chennai arrives in Mettupalayam at 6.15 a.m. and connects with the toy train's morning departure. (It also connects with the toy train's evening arrival in Mettupalayam on the return journey). The Nilagiri Express stops in Coimbatore at 5 a.m. on the way, so it's possible to take this train from there to Mettupalayam. Alternatively, a taxi will cost about 1,200 rupees.

Frequent buses run from Coimbatore to Mettupalayam, starting from 5 a.m. There are also regular passenger trains between the two places during the day.

You'll find a few decent budget hotels in Mettupalayam if you want to stay there overnight to catch the toy train the next morning. However, better accommodations are available in Coimbatore.

One toy train service operates on the Nilgiri Mountain Railway from Mettupalayam to Ooty per day. There are seven stations along the route. The timetable is as follows:

• The 56136/Mettupalayam-Ooty MG Passenger train leaves Mettupalayam at 7.10 a.m, and arrives in Ooty at noon .

• Coming back, the 56137/Ooty-Mettupalayam MG Passenger train leaves Ooty at 2 p.m. and reaches Mettupalayam at 5.35 p.m. Both first class and second class seating are offered on the toy train. The main difference between the two is that first class has cushions and less seats.

If you're concerned about comfort, it's worth buying a first class ticket to have a more peaceful and less cramped journey away from the crowds. A small number of unreserved tickets is also made available for purchase at the ticket counter before departure. However, they usually sell out within minutes. A fourth carriage was added to the train in 2016, due to rapidly growing demand. The train still books up quickly though, especially in summer.The adult train fare is 30 rupees in second class and 205 rupees in first class, one way. The unreserved general fare is 15 rupees one way.Do note that the area receives rain from both the south-west and north-east monsoons, and this commonly disrupts services.