Milan Travel GuideMilan TripsWhat To Do In Milan For Two Days!

What to do in Milan for two days! 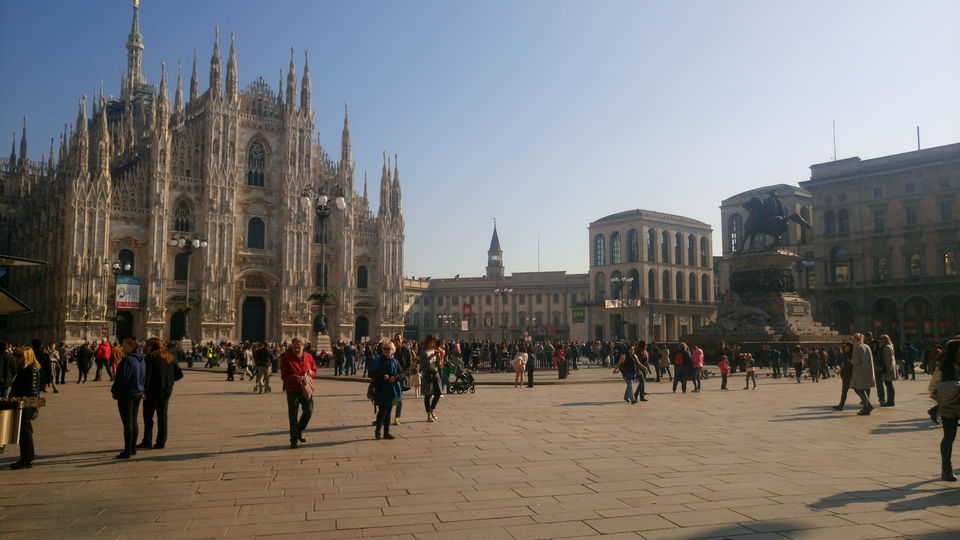 It was Diwali and I’d reached Milan from Albania. At the airport, the Albanians had created a mob and were rushing to get through immigration. In a room that could fit only a hundred people, there were at least three times the number. Two Turkish men in front of me had taken to talking to me. Initially they seemed like nice people, but when they started to express their very radical and extremist views, I begun to have second thoughts. Trying to ignore them, but hardly succeeding as they were talking in Urdu to me, I began to show disinterest and just agreed to whatever they were saying. Talking about how bombings were necessary among other things, I was pretty scared by then. Thankfully they let me pass through immigration first, and as soon as I was done, I caught a bus to go to Milan city.

Milan is located in the north of Italy, with the Alps as its background and design and fashion at its foreground. This makes Milan a very enjoyable city. I was to be there just for a few days and then fly out to Iceland. This gave me a limited time to see the city and I saw the most possible in that short time. Unfortunately, the weather wasn’t the best and it was extremely foggy, giving the city an element of mystery.

The Duomo or the Milan Cathedral is the center of Milan and one of the first sights to see in Milan. Everything else is walking distance from here and it is a nice way to start the day. 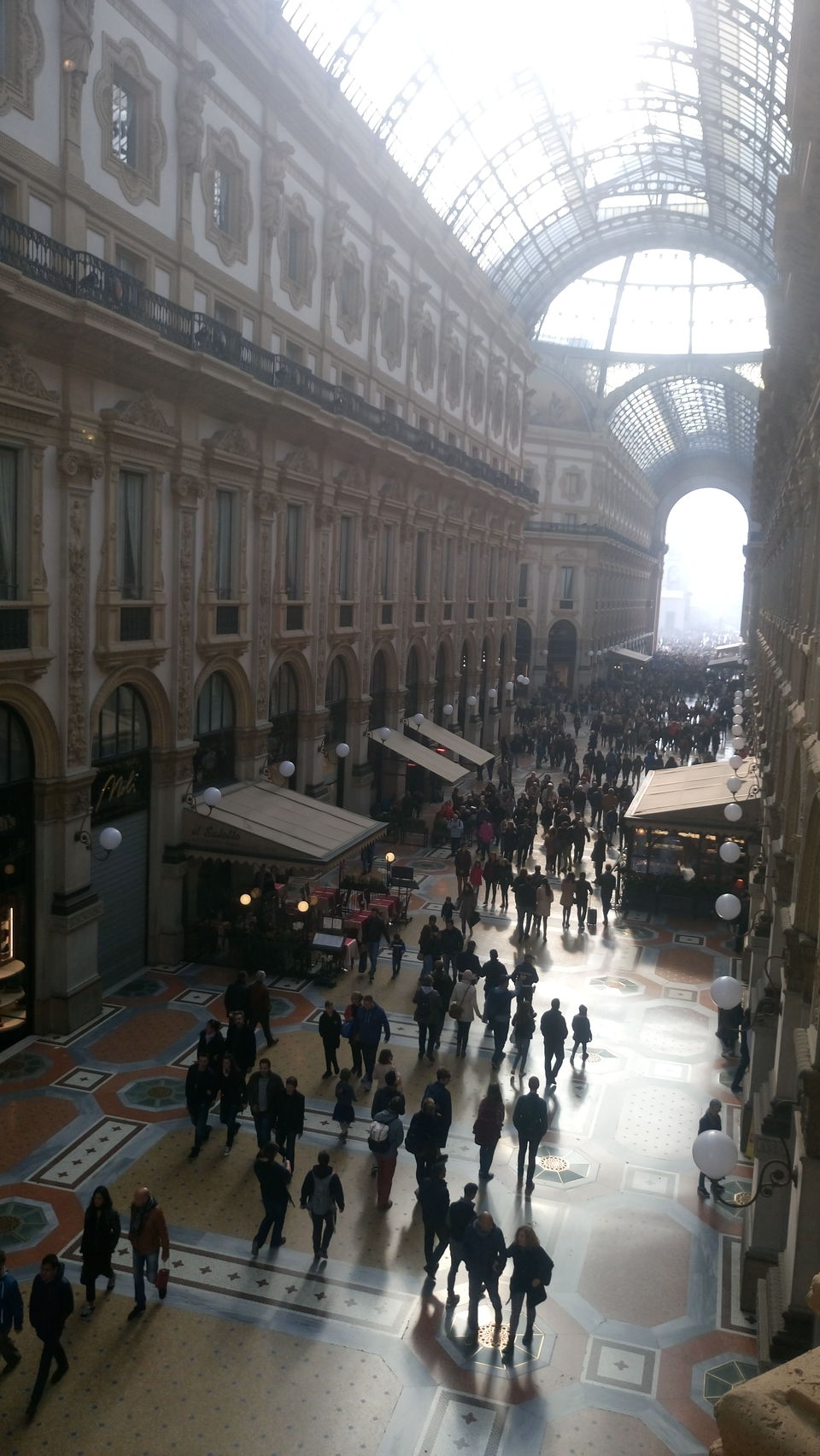 The cathedral is the largest in Italy and it took almost six hundred years to complete. The shopping district is also located around the Duomo. Milan has wonderful coffee and I had too many coffees here. 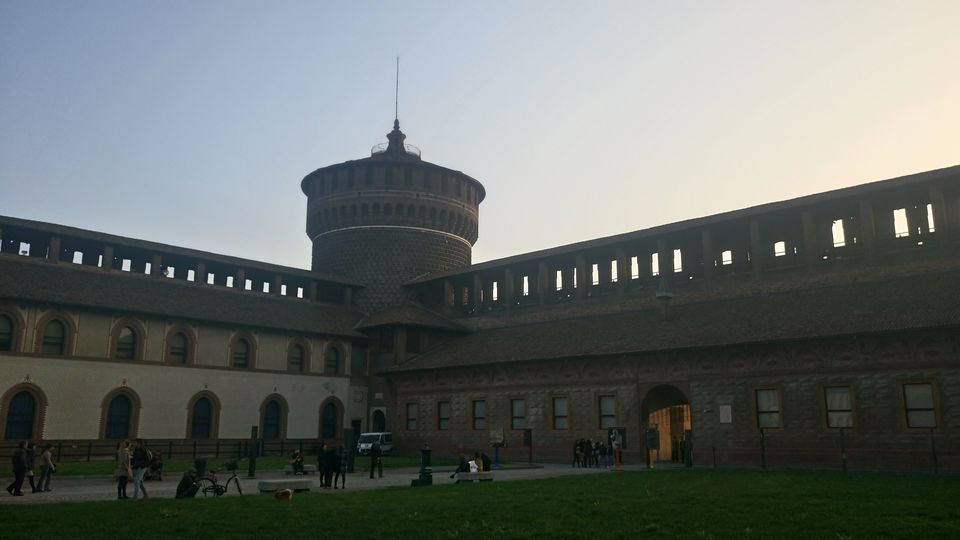 I walked to the Sforza castle from here. The castle is one of the largest in Europe and it now has a museum. The museum is quite interesting and I spent half the day here.

The hostel I was staying at was a bit lonely and I met people there the next day. Eventually all of us head out together to explore Milan on our own. We were supposed to join a walking tour, but they already had too many people, so we just decided to follow them till we could. However after the guide shooed us off, we just walked the whole city. 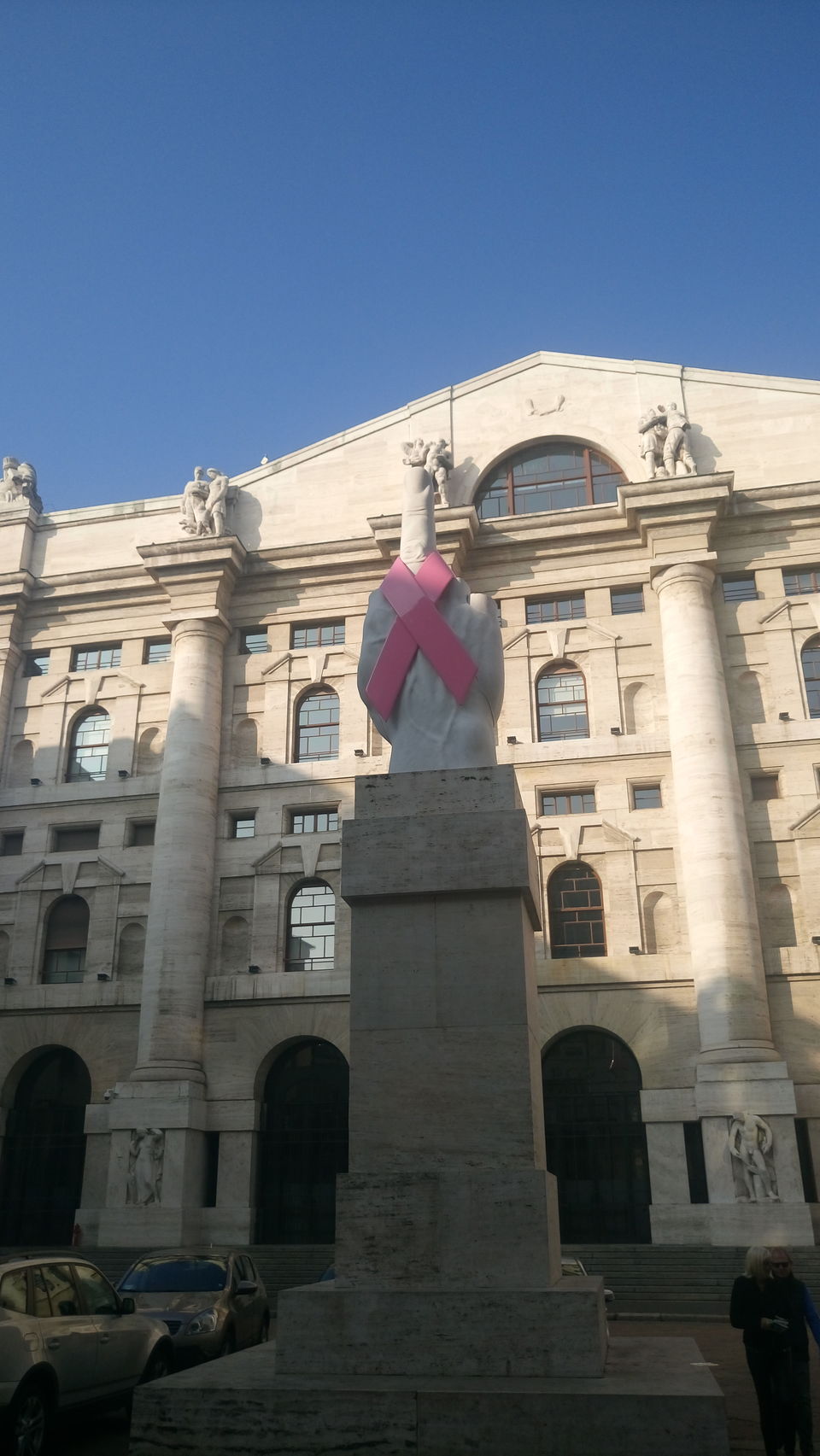 An interesting sculpture outside the Milan stock exchange shows the attitude towards the financial crisis. We went to the Santa Maria delle Grazie, the church which houses the famous The Last Supper painting, but to see it needs prior tickets, which can get sold out days and weeks in advance.

In the night all of us went out to explore Milan’s nightlife and since it was Diwali, we ended up going to an Indian restaurant at my insistence. By now, the fog had engulfed the entire city and the place where we were, near the canals, was completely out of sight.

Best Time to visit: May to September

Stay away from the people who give you bracelets. They say it’s free, but then they force you to pay money. They are all over the city.