It's always a good idea to go for a little holiday with your family away from home!

Since i was a child my parents and i have been going on family vacations every year. But since I got into college and moved out of home , this ritual sort of was at a halt. So this year we planned to start the ritual of family vacations all over again. It was a quick decision made and all we had to do was now look for a place which was near Delhi, could be easily reached by car and was fitting with in our budget.

So after 2 hours of brainstorming, we finally had a place, Jim Corbett it was. So it was about 5 hours away from Delhi by car and since my dad had a membership with Club Mahindra it wasn’t hard to do all the bookings. And since we’d not been to Corbett before it was the best place that we could pick also considering the pleasant weather. Corbett is different from all the hill stations and the metro cities , it was basically a forest and it just screamed adventure to me, so i was pretty excited.

So my first day at Corbett was just amazing, i had not felt that relaxed in a very long time. Just sitting by the pool with my parents and sipping on the fresh fruit juice was refreshing. And then in the night we went to this amazing open restaurant by the river called ‘gazebo’, oh the food was heavenly, and we sat there hogging and cracking jokes and that night just brought us closer as a family.

The next day was all planned, and we headed towards the forest for the jungle safari hoping to spot a tiger. I think it was the first time, my parents and i were doing this adventurous thing together.

So we were taken to the insides of the forest on an open gypsy, oh boy was it fun. The pleasant weather was just an addition to all the beauty and the greenery. The wind in my hair and my parents by my side and the excitement to see the wilderness was beyond amazing.I sat there in the gypsy with my fingers crossed hoping to see a tiger or thinking that this safari would be a total waste. As i started with my journey it was like a voyage of discovery for me, the whole experience was thrilling and charming to say the least. So i saw a lot more than i was expecting but not the expected.

I saw a herd of elephants , it was just mesmerising to look at them, i had seen elephants before but spotting those elephants in the wild was completely different and it was like they belonged there.

Moving on we saw some deers, busy doing their own thing, walking around, eating grass and just chilling.

So we spent good 3-4 hours in the forest, driving around, trying to spot a tiger but all in vain. So now finally we started heading back and on the way back we spotted these beautiful peacocks in all their glory with their feathers wide open and dancing,i cannot ever forget that view.

All i could think of was how beautiful the nature is and i couldn’t stop admiring the beauty of these peacocks. After witnessing the nature at its best i wasn’t sad anymore that i couldn’t spot a tiger. It was just really fun, different and i was feeling happy from the bottom of my heart and thats all that matters. Everybody should at least go for this safari at once in a lifetime. It was perfect, it made me feel close to the nature.

Tired from all the walking and the driving around we reached back the hotel and just ordered some food in the room itself and spent some quality family time together away from all the daily life chores.

The next morning we spent in the resort itself, it was a beautifully constructed resort with magnificent views and fun activities to do for the families. So we rented a bicycle and then went for a swim and then just sat by the river gazing at the clear blue sky and listening to the tranquil sound of water, it felt rejuvenating. 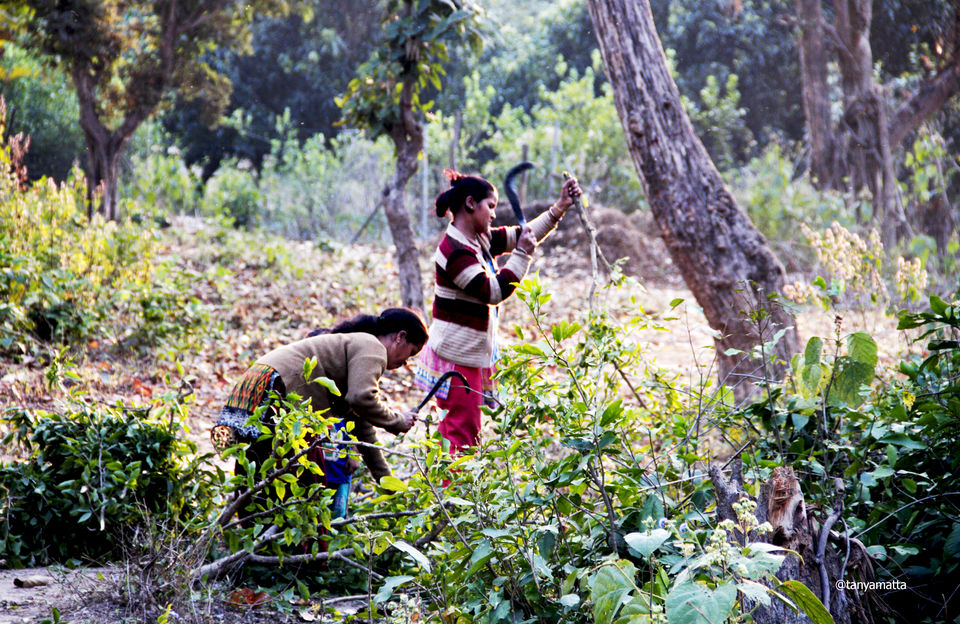 And later that afternoon we went for trekking to a village named ‘Ringola’ so our guide took us inside the village through the uneven and shaky paths, telling us the history about the village and the sufferings of the villagers. While trekking we saw many different types of birds which were just so beautiful and colourful, also we saw different treesP which were there from decades and some other plants too which the villagers used for cooking. 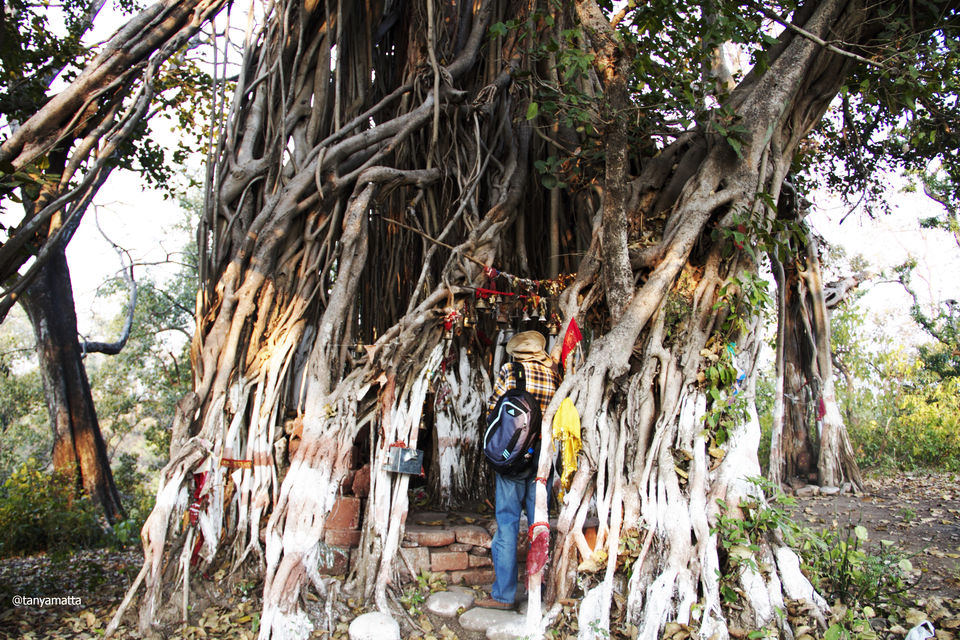 After trekking for almost two hours, we stopped at a villagers house for some tea(chai) and pakora(snacks), that woman made tea and pakoras for us with a huge smile on her face and welcomed us with a flower garland. I almost had tears in my eyes looking at how kind and sweet she was. The happiness i felt looking at her gratitude cannot be expressed in words, you don’t feel such things and emotions everyday. I was simply amazed, and the tea she made was the best i ever had also she served a mint and coriander dip with the pakoras was just mind blowing, i literally asked her the recipe for it.

She said goodbye to us and said ‘Do come back’ and i was sure that i will visit Corbett once again for sure.

I went back to the hotel thinking of the villagers and their problems and how they still smile through all that and i was just more thankful for everything i have, all the comforts and the privileges.

The next morning we were supposed to head back home but since we were enjoying our holiday so much and loving Corbett we decided to extend our holiday and i am glad we made that decision.

So the next day we went to the Corbett museum and i realised that Jim corbett was actually a person and it was his bungalow that was now a museum and he started the concept of saving the wildlife, its a must visit to know all about Corbett.

And then we headed to the Corbett falls, that place is truly heavenly, the view is just breathtaking and the pleasant air is the cherry on the cake.

Corbett is just the perfect place for a weekend getaway, its beautiful, relaxing,adventurous. its everything you need when away from home with family or friends.

This trip to Corbett not only made my bond stronger with my parents and made me cherish every single moment with them but also gave me time away from the city life and i was calm collected and had some clarity about things i had left undone back at home. Last but not the least it was an experience of the world away from the world and it made me realise a lot of things, majorly being that you should enjoy life as it comes and spontaneity is important. 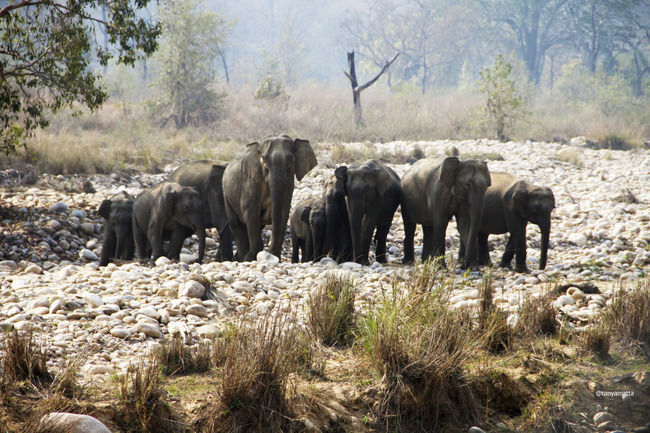 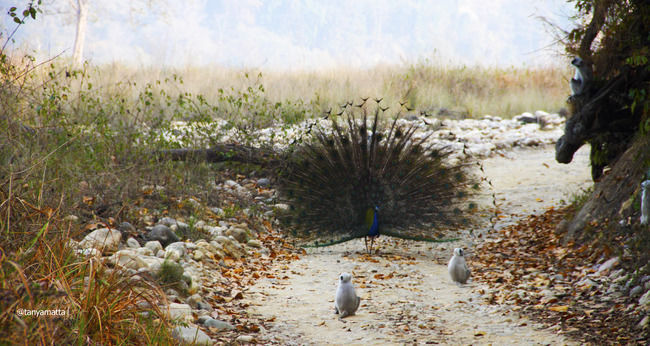 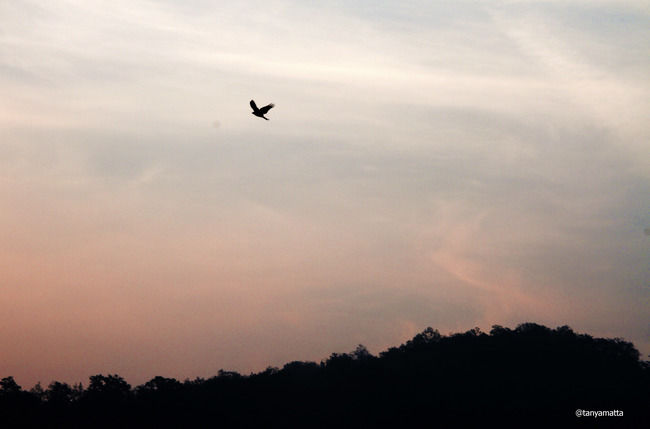