A walk in the forest- Sanjay Van

One of my friends Vishal sent me a link on Facebook which stated " A Walk in the Forest with I Say Organic and Swechha India". Although the event seemed to be very interesting, I was skeptical about getting up at 5.00 o'clock on Sunday morning and reaching the destination (Sanjay Van, Lado Sarai near Qutub Minar) by 6.15 am. I finally made up my mind and registered for the event. I put 4 alarms and kept my mobile in a glass so that there was no way out except getting up and finally I reached the destination on time. 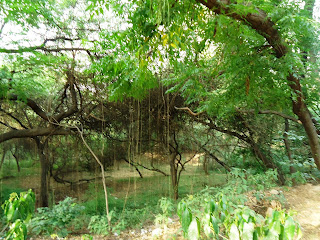 There was a group of around 40 people, all fresh, excited and some still sleepy. We were introduced to Dr Ahmad, an environmentalist, who was our guide for the tour. Some facts which he told us were quite amazing and astonishing. I was bewildered to listen to all that. Some were actually eye-openers.Here I am sharing some of those wonderful facts:

- In  India earlier the population of vultures was 8.5 crores and now it is just 3300 approx. This is because of diclofenac, a veterinary drug which is used in cows, dogs etc. And when vultures eat their carcasses they die. This took 10 years of research to know as to why are vultures are getting endangered..

-   Keekar trees which makes approx 80% of Delhi's green belt are actually very harmful and do not allow others tress and shrubs to grow in their vicinity. They release harmful toxins. So why does the government grow them and is not banning them? Keekar grows very  quickly and is a faster way to provide green cover, though Delhi government is now taking steps to prevent its growth.

- All leaves on trees are initially of red colour which are harmful to eat. It's a red signal to herbivores not to eat those leaves.They gradually turn into yellow and then finally into green colour.

-We got to know minute details of birds, their voices, their colours and their breeding methods- 7 sister birds who are always found in group of 7 with 2 males and 5 females,  Cicabird whose larval stage is 17 years and they make loud noises- There is silent valley in Kerala which got its name because there is no clamour of Cicada birds there, Woodshrike birds which put their food (insects) on each thorn of Desi Babool tree and prepare their barbecue.

We visited lake in Sanjay Van and found spot-bill ducks, cattle egrets birds and water hyacinth, a water plant popularly known as Terrorist of Bangladesh in India as it initially came from Bangladesh as ornamental plant and now is widespread in all water bodies and is of no use.

There were so many stories and so many more interesting facts that this two hour walk was not enough. There were so many scientific names which were difficult for me to decipher and so many technical and minute details about which I had no idea before. The walk was followed by organic breakfast- healthy and delicious. It was the Sunday well spent.

I remembered a poem which I wrote in my childhood:

Life on earth is in danger of extinction

Strangling her and no solution

Why are you cutting trees and shortening the earth's life span

and do endeavours for God's sake

This is the time for you to act

Otherwise it's a sheer fact

That nothing will remain

And nothing to say

And there will come a doomsday! 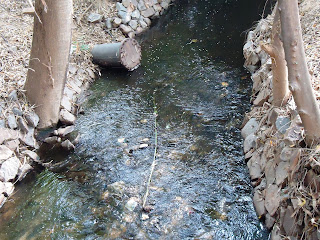 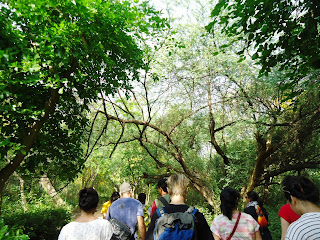 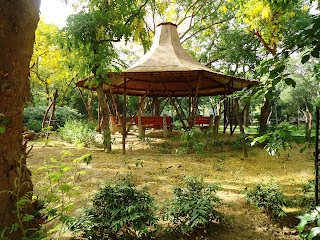