A Piece of History - touring on the Street Twin 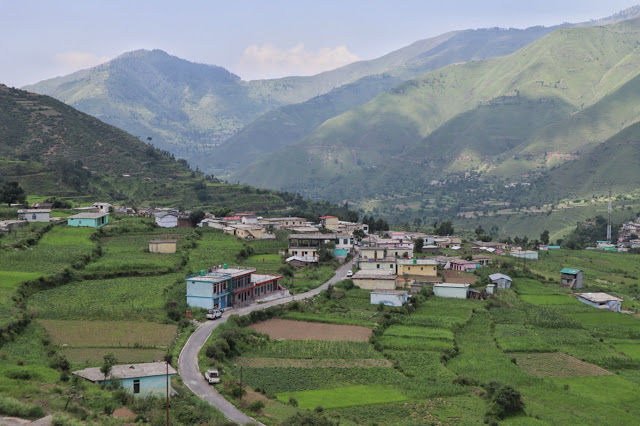 Travel has always been my stress-buster. No matter where I am or what am I doing, if it is stress that I am looking forward to getting off from, travel is the only real relief that I have. So, when Triumph motorcycles gave me their brilliant Street Twin, I couldn't say no to such a lovely opportunity as this. You see, I am not particularly someone who loves Classic motorcycles, so to speak. I am somebody who loves roaring, 4-cylinders fast superbikes that would get you from 0 to an eternity in just a flash. But, my thoughts were about to get a big jolt and how!

Triumph's Bonneville series of modern classics are a big hit all over the world. Starting from the T100 to the Bobber, each motorcycle has its own distinct personality, so to speak. I knew what I was getting into when I opted for the Street Twin to ride to the mountains, but I never imagined I'd end up having so much fun onboard the 900cc motorcycle, which up until now I had only ridden once and that too for an extremely brief period of time.

I picked up the motorcycle on a rather warm summer afternoon but as soon as I swung a leg over the motorcycle, I could tell, I was on something special. I thumbed the starter and the way the parallel twin 900cc motor growled beneath me, I was already getting goosebumps. The horsepower figures might not sound intimidating at 54 odd bhp, but it is not always about the outright power figures, as I realized. The torque at 80Nm+ is the name of the game.

I knew I had to ride to the Himalayas but I didn't have much idea where should I ride to so that I can not only enjoy the Himalayas but also have fun with the wonderful Street Twin. One city which has forever been close to my heart is Dehradun; I love the place for its charm and also because of the fact that I've got some good friends there. So, the next morning, bags packed, all set, I started for Dehradun early morning. I love leaving either real late nights or very early in the morning simply because the weather is much cooler as compared to day-time and coupled with the fact that traffic wasn't much on the highway, I was cruising happily. It was such a surprise riding the Street Twin. The way the machine was cruising down the open highway was a sight to behold. I could easily hold north of a 120km/hr. with enough oomph left to overtake even faster vehicles if I wanted to, at the twist of the wrist.

Also, the seats and the suspension were so comfortable that I didn't even notice but the first major stop I took was for breakfast after riding 220kms at one stretch! Now, that speaks volumes about the comfort level of a motorcycle. I think I took this break more because I was hungry than because of tiredness. Heck, if it wasn't for my empty growling stomach, I think I would've done Dehradun non-stop! Anyhow, eventually I reached Dehradun by the afternoon and all the hotel formalities done, I enjoyed my rather lazy evening in the city itself.

The next 2 days were majorly spent in exploring the villages of the Tehri-Garhwal district of Uttarakhand. The roads were majorly amazing with a few bad stretches thrown in between. But I am happy to report that even with a pillion, the handling characteristics of the Street Twin was commendable. I didn't feel any lack of power whatsoever either. I don't really know what Triumph has done to the engine, but the kind of pull that the engine has in literally any gear is something that needs to be experienced rather than write about it here in a 1000 word article!

Also, one minor point that I'd like to mention is the fact that the Triumph Street Twin is a rather discreet looking motorcycle. Parked alongside other motorcycles, it doesn't really garner much attention, which, if you ask me, is a good thing in our sort of condition. Ofcourse, who wouldn't like to show-off and get some eyeballs rolling but I wouldn't want to keep thinking of the safety of the motorcycle when parked even when I am at work or I am having fun. So, in that regard the Street Twin ticks all the right boxes in my book. However, once it starts going, eyeballs surely would roll for the sheer thump and the pace at which she goes is brilliant!

No matter how much I speak about the Street Twin, I'd always have something more to say. Travel, like I said, is a big stress buster and like I've realized, at times, riding a Classic motorcycle does pretty much the same thing. You're relaxed, you know you are riding something special and that I believe is what we all want. To feel special...