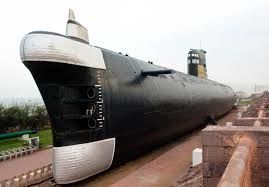 After the visit of Vishakha Museum, once again we sat in the car, sat down, but we did not like to ask the driver, then I started remembering the song 'Hum Kali street, what are we going to . ' If the song came to be humming laughing, then I realized that it was not enough for us to go to Simhachalam and to enter the presence in some way, then the darkness will reach its fullest extent till we go there. In such a situation, he will be the only one between the two brothers, Simhachal and RK. In response, it was decided to go between RK, so we again started walking on the shore.

As far as I can understand, a long stretch has been told by saying no to special place between R. Signs of Tsunami, Hoodhud and other marine storms are being highlighted along with the ocean on the road here. How wonderful it is that when these waves occur, they are in calm form but their rotation will be equally frightening !! The birds are standing in the way of thinking.

On going on this path, a child's statue appeared, asked the chef, then the children of the children said, and proceeded a little further than that and said, come here. Oh, what are these !! It is fun to see Submarine here. We had lost an opportunity to go to Submarine at the Air and Space Museum in New York, and if we got another chance from fate, then we would not leave it in any condition. Actually the submarine was kept inside the water and because of being a small child we were not able to go in it.

Now the Sun God is moving forward, and in the sky, the rays of time are fluttering with red light, in such a way, a photo is formed. Seeing the redness of the sky, this song of Border Picture, "I'm touching your hand on the paths made on farms, it's melting the sun's sun, but I only see you". Now there is neither the farm nor the paths, and the person who pauses his hand is so ready, the sun has definitely scattered its orange gold in the sky. Perhaps the memory of Border Movie may have come as it is to go to Submarin now and the people living in it will be living in the same loneliness alone. How many times, seeing the romance of the evening, his mind would have been overwhelmed that some steps could be taken by the hands of his beloved. Due to this sacrifice of the army, we are going around safely today, a salute is made for our braves.

After experiencing the romance of the evening and the sacrifice of the soldiers, the turn is to take the ticket. By paying a ticket of Rs. 5 per person and camera, we got inside. If you remove your phone to take a photo, then know that the screen is angry with the queen, which means that there is so much anger on what did not happen that the whole was completely shattered. My phone was martyred in Visakhapatnam.

Now the mind has gone a little bit exhausted and why do not even get the twin thousand lime which has been felt !! Still, it has to move forward. The way to go inside the submarine has come, but first look out in the light because now if the accolade is over, then the darkness will catch up and then it will not be seen out of nothing. The journey of the submarine is inside, it will also be in some twilight. After five to ten minutes, the submarine came back and started coming in and the guard started whistling whistle and said, can not come back from here, go the other way. Hey what this !! Right now we did not go to the submarine and it started flying. Taking the ticket we will not be seen without speaking. By going through the stairs carrying the submarine inside we went inside.

After this Ramkahani, now a little introduction of this submarine, this submarine can be seen. The sea vehicle named Kursura was used during the India-Pakistan war of nineteen hundred seventy-six. Within the submarine, there is a lot of convenience for eating and sleeping for soldiers, but adjusting so many people in small places and staying so long for such a long time is very difficult. They come up to the sea on regular intervals and collect oxygen according to their need and then go down. I do not even know what functioning method is used in oxygen accumulation, but it would be very difficult to stay inside because it is so hot inside it. The part of which torpedoes are kept to attack the enemy country would be relatively cold, for this reason the soldiers would sometimes have to sleep there. Still in the form of some Torpedo models. There is also a small kitchen inside which symbolically makes a chef of food. Next to it there are fixed places for sleeping, which are also very small compared to the train's berth and it will be according to your post grade according to which someone is a bit bigger and somebody a little smaller. How many struts do these people for us !! The number of such places is as low as they are less likely to be understood by their sacrifice. Thank you very much for these soldiers who are standing for 24 hours shield on our borders for our security, which is neither the news of the night nor the difference of the change of the weather, if there is only one empathy and that is patriotism Of