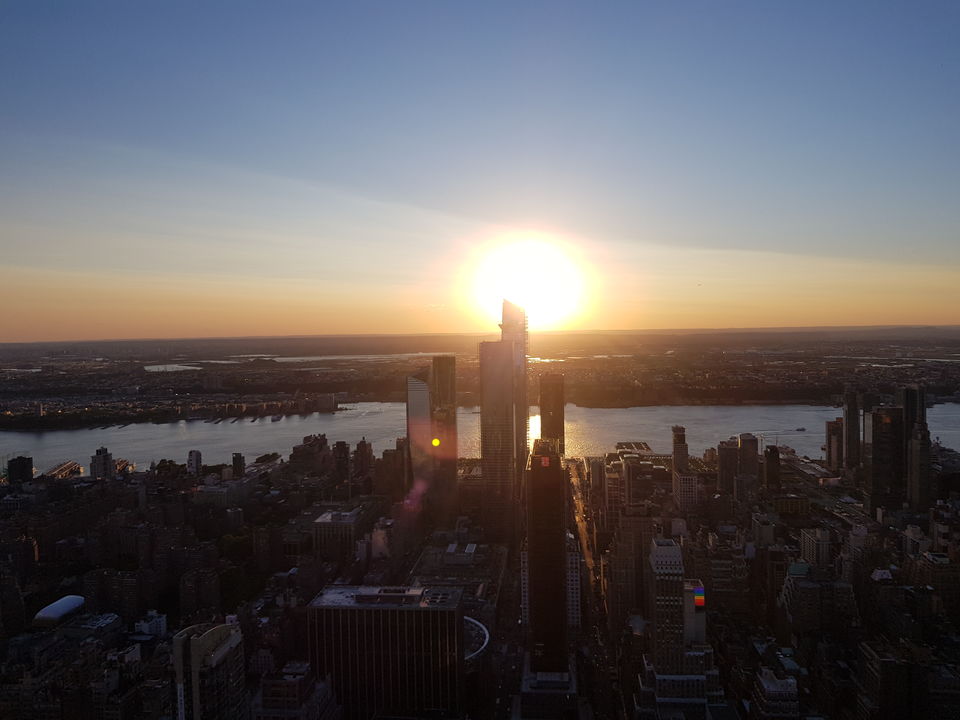 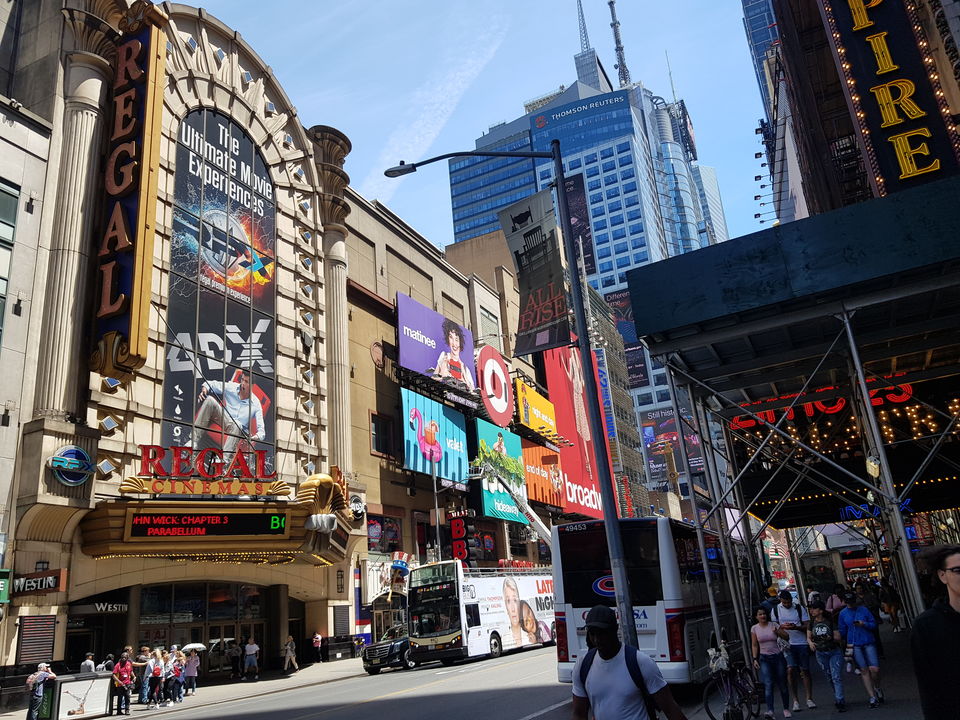 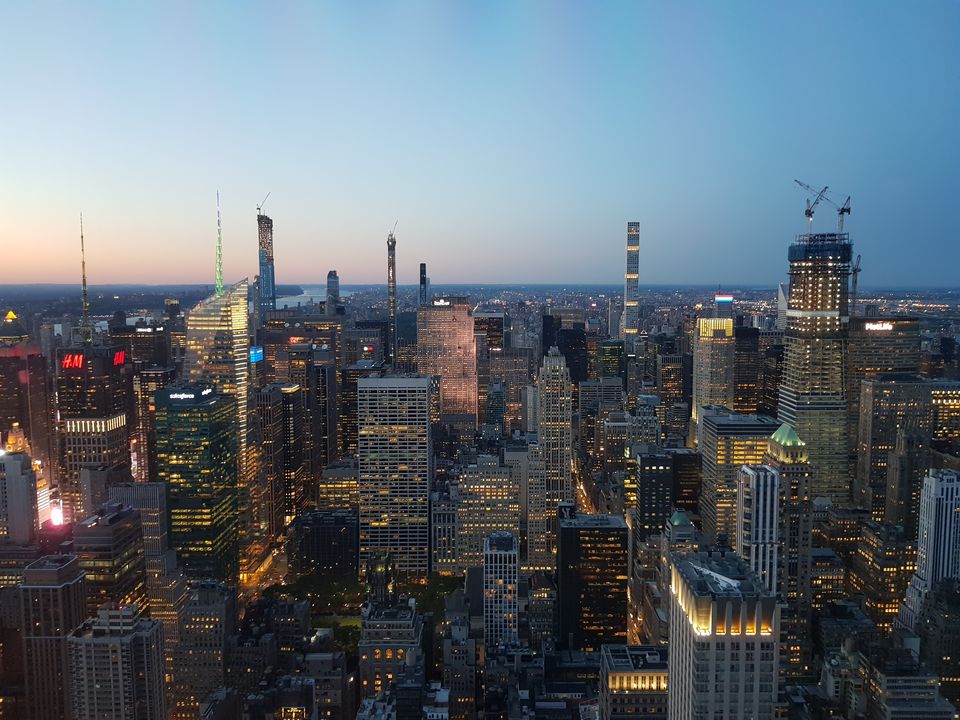 View from the Top of The Rock, Rockefeller Centre

All the serene scenes from Movies and TV Series, that I had grew up watching, flashed right before my eyes as my flight touched down in New York City's most esteemed airport, the John F. Kennedy (JFK). The airport has an AirTrain facility available which connects to the subway routes, which is also the most convenient & cheapest way to commute in and around the city. I stepped out with my luggage in Times Square, and there it was right before my eyes, gorgeous New York City. Tall buildings,Yellow Taxis and the Digital Billboards, the feeling you get cannot be described. I was left in awe watching the Times Square billboards until I was brought back to my feet by the jostling crowd that kept moving constantly. I checked in to my hotel in Times Square and stepped out to explore the majestic city. I ended up spending my entire day pedalling around Times Square, trying different street-food, participating in street-arts and finally catching the Broadway show of Harry Potter & The Cursed Child. If you are in New York, you need to see a Broadway show, be it Lion King, Aladdin or the acclaimed Moulin Rouge. It is a complete spectacle and I stood there most of the time applauding the act. I was done around 7 PM in the evening and next on my list was one of my favourite things to do while on a trip, trying the famous New York Style pizza. I stopped at Joe's Pizza in Times Square and bought a whole pie. The review: Simply delicious, I haven't eaten a much better pizza in my entire life. It was 2:00 Am, I went back to my hotel after a long day and sat near the window, admiring the NYC Skyline. I did not see any point in sleeping since I had to be up in 4 hours to catch the sunrise from the Rockefeller Center.

I changed my clothes, had a bagel and coffee from the street and started walking towards the Rockefeller Center. The best part about living in Times Square is most of the landmarks are at a walking distance, the Rockefeller Center was not even a mile from my hotel. I purchased the ticket for 37$, and up I went to catch the beautiful sunrise. Retrospectively, the sun rising over the NYC Skyline is a rare and underrated piece of art. I just sat there calmly for half an hour watching the sun come up and lights go out in the buildings simultaneously. After then, I had my complimentary breakfast, which was again NYC style pizzas, because I just couldn't get enough of it. Since, I was just there for two days, I decided to spend my last day walking around, meeting people, hearing their stories. Not everyone in New York is up for a chat, it's a working city and people are always on the move but then again these exact people make New York what it is. Each and every passer-by has a story to tell. Not just that, you would notice a transition in the way they dress as you switch streets. From Brooklyn Freestyle to the suits of Wall Street, New York is a world having different worlds.