When I Met The World's End And Came Back Happy & Safe 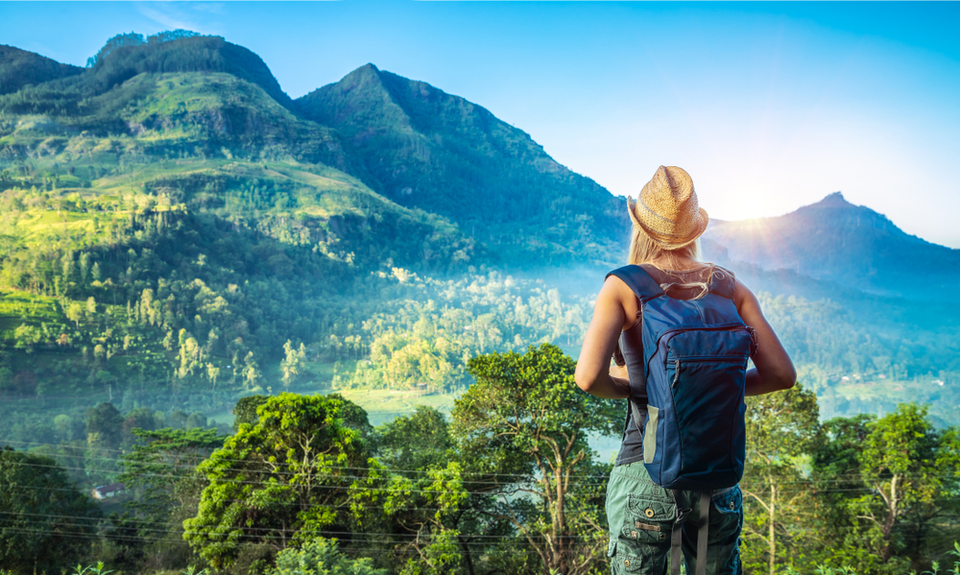 Sri Lanka is a beautiful country with varied landscapes consisting of hills and mountains, acres of tea gardens and abundant green walking trails. The country has some great hiking trails with spectacular views and World’s end is one such trails. The name itself was exciting enough to get interested in this trail. I was half expecting that the trail would suddenly end near a cliff and we would be suddenly be at the end of nowhere! Well, World’s End is actually an escarpment that plunges 2,900 feet down and is the part of the Horton’s National Park.

Horton’s National Park is a part of Central Highlands of Sri Lanka. The UNESCO Natural World Heritage site is a biodiversity hotspot and is one of the best places to observe nearly 750 species of plants, 24 species of mammals, 87 species of birds and many other reptiles and amphibians. However, the prime attraction of this hiking trail is the World’s End and the Baker’s Fall, that is also known as one of the most beautiful waterfalls of Sri Lanka. 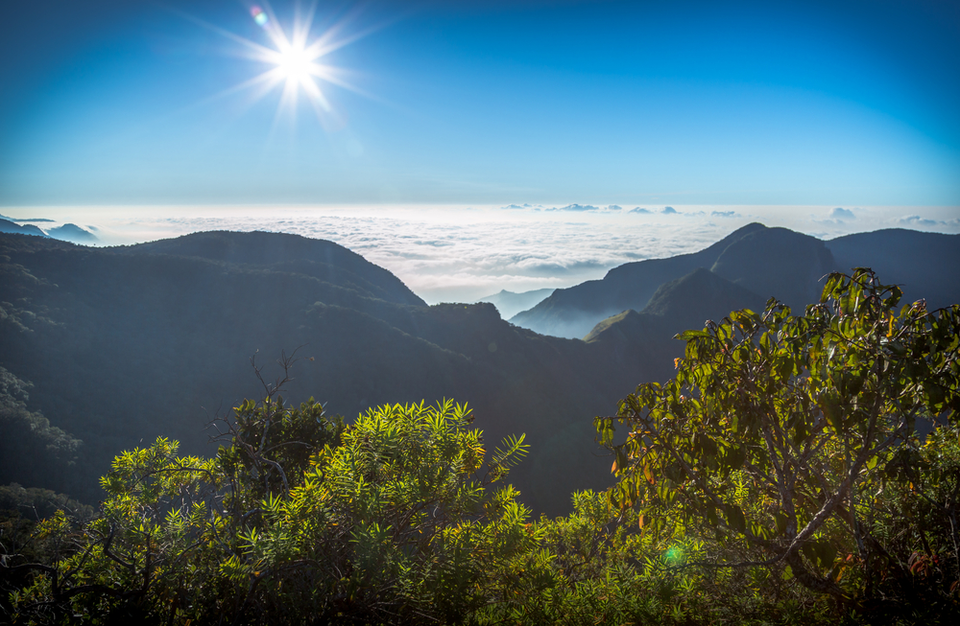 The trail to the World’s End

Horton’s National Park is located around 32 km from Nuwara Eliya, the beautiful hill station. Nuwara Eliya has a distinct colonial feel and is also known for its tea plantations. The National Park is actually a plateau with stretches of grassland interspersed with dense forest and rocky patches overlooking the valley. The park was named after Robert Wilmot-Horton, Governor of Ceylon (British-occupied Sri Lanka) in the mid-nineteenth century.

World’s End trail is a 9 km loop track through the forest and the wildlife area. From the entrance, it is a trail of 4 km to the escarpment, then it loops back to the Baker’s Fall for another 2 km and then continues back to the entrance for another 3 km. You have to reach there as early as possible, because World’s End is often filled with mist and you will not get any view from there.

From the entrance of the park, there is a rocky path that leads to the grassland. After about a kilometer, there is a fork in the road from where the loop begins. The trail is well marked and the entire loop has signposts so that there are seldom any chances of getting lost. On either side of the trail, you will see reddish coloured grass. After walking for sometime, you will encounter the first view point – mini World’s End. The view from this place is also quite spectacular. You will reach upto this point quite easily. 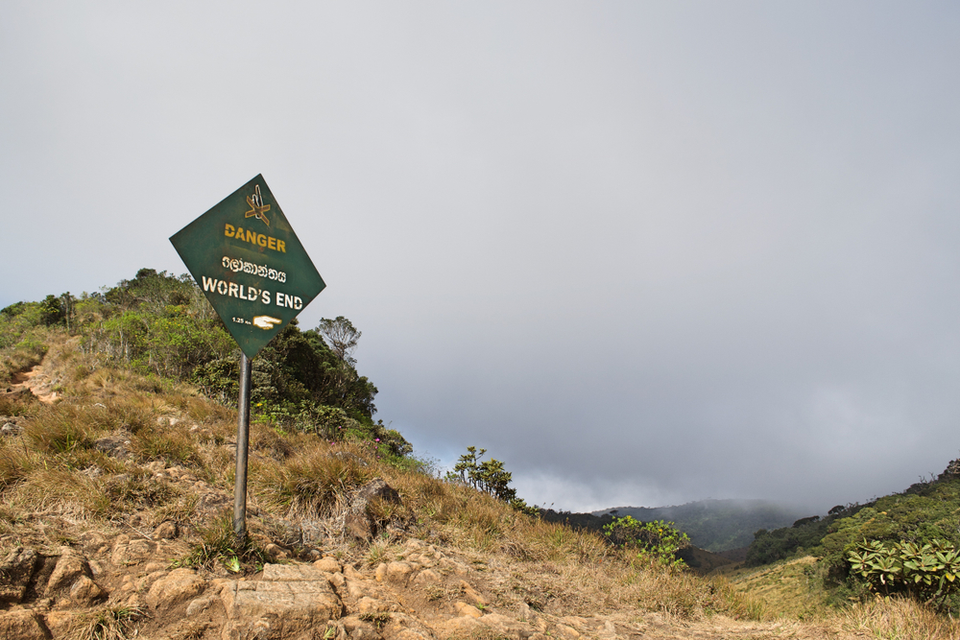 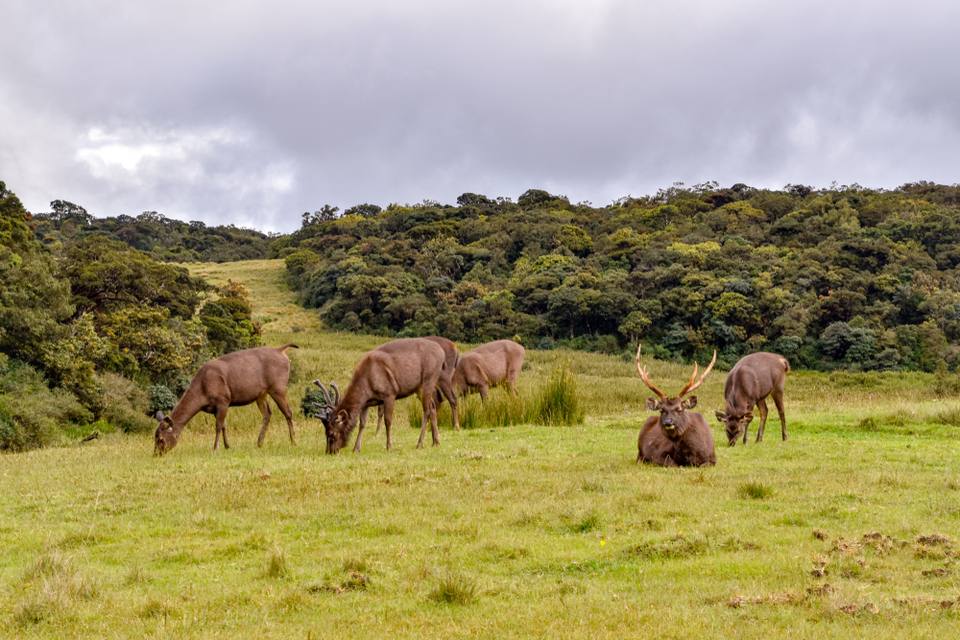 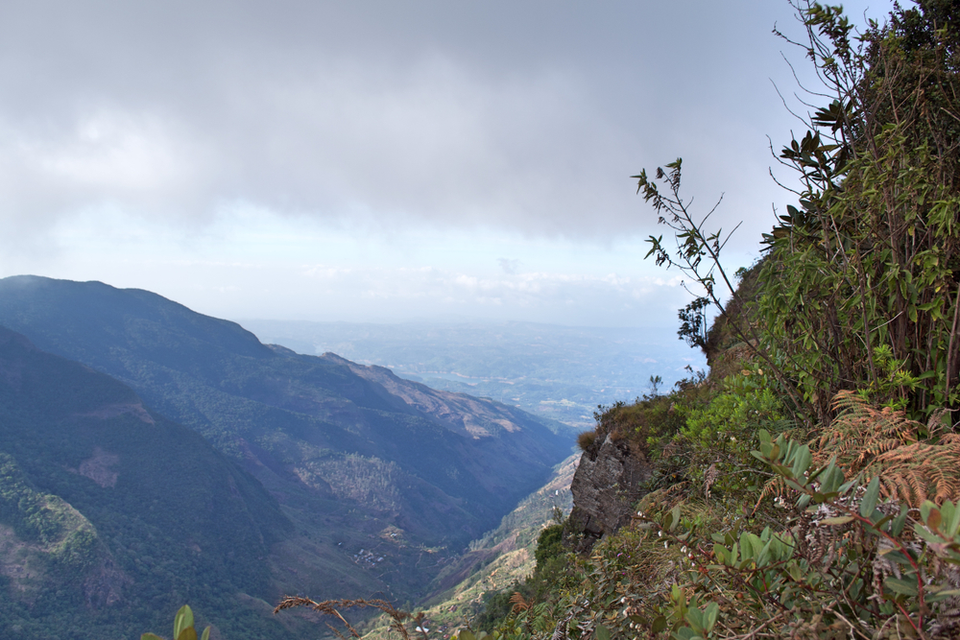 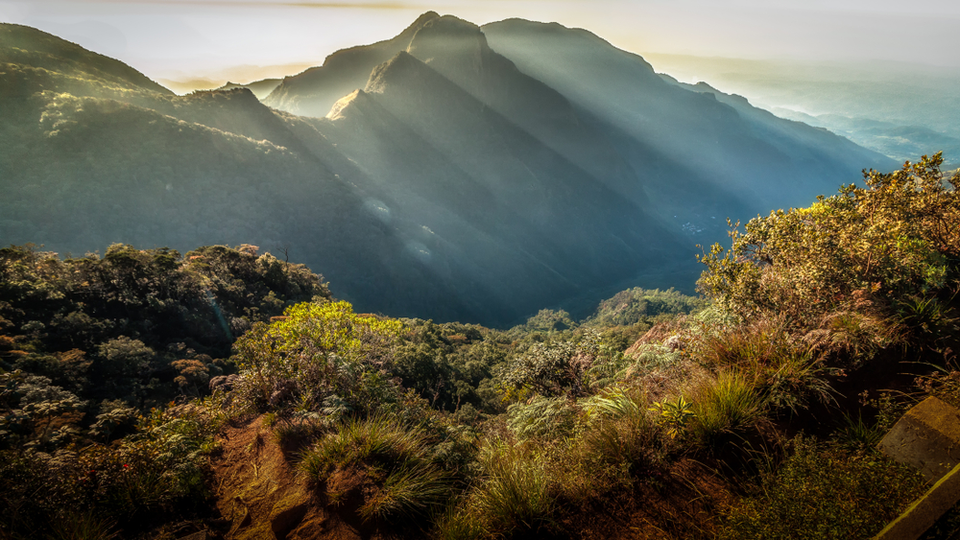 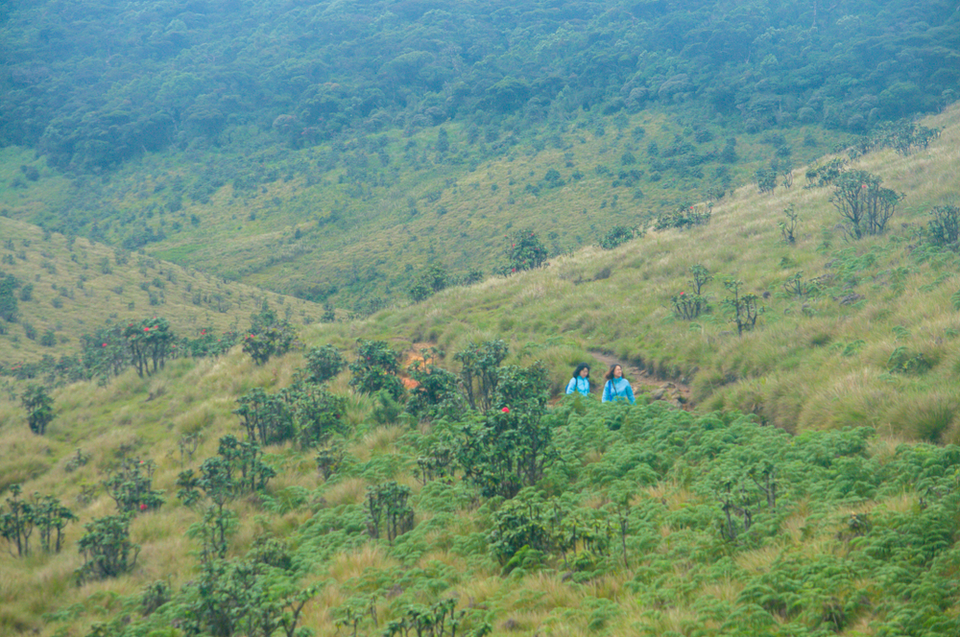 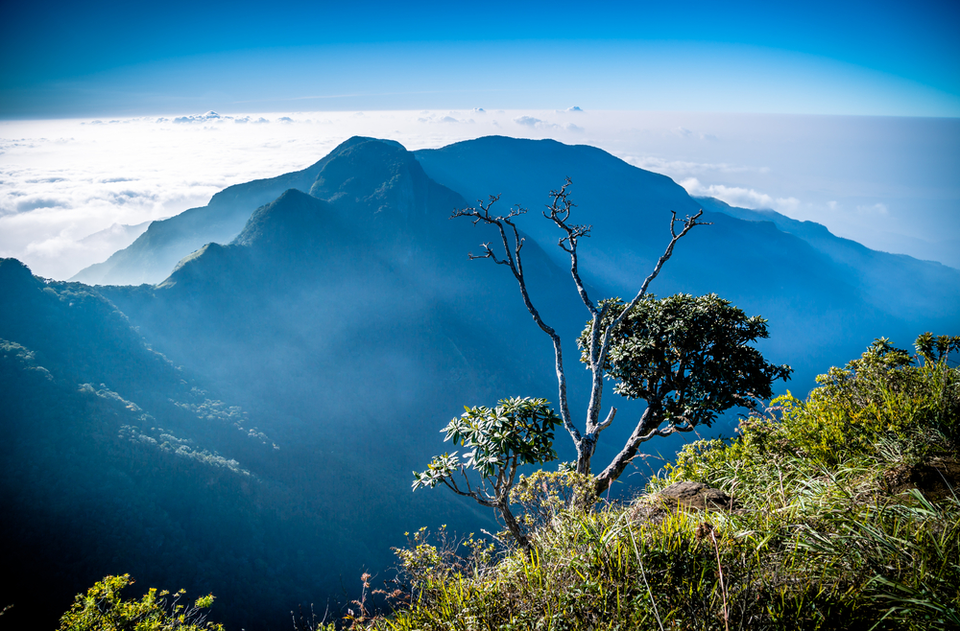 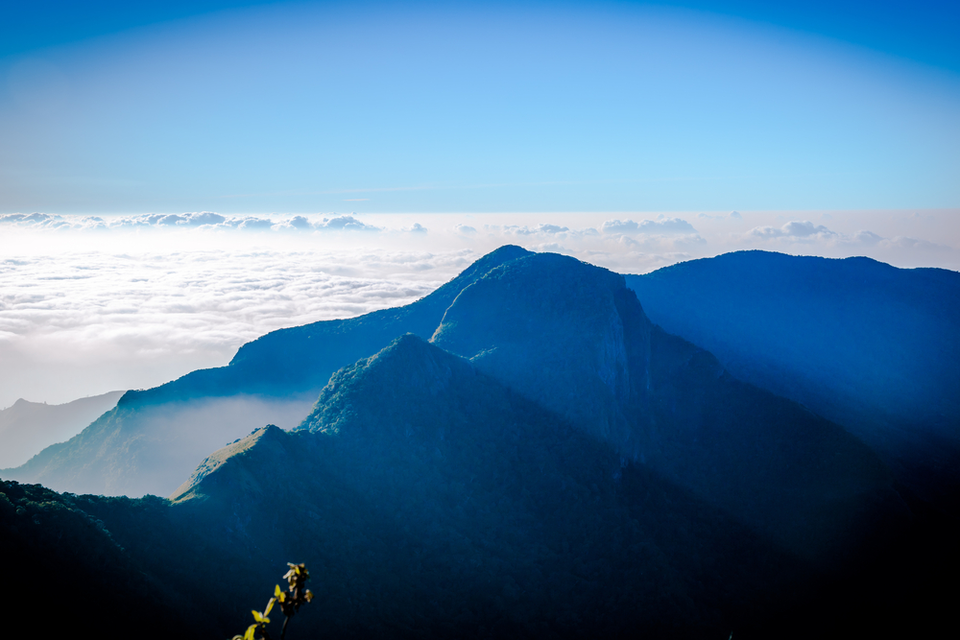 Next, continue along the same trail that is quite uneven at parts. The grassland trail finally gives way to the forest. The Horton Plains has one of the rare ecosystems – cloud forests. Here the forests are characterized by a low hanging cloud over the canopy level most of the time. After another half an hour of walk, you will reach World’s End. The view from the World’s End is quite beautiful. You will see the mountain ranges in the distance. It will appear as if layers of mountains are in front of you. These are some of the highest mountain peaks of Sri Lanka.

After the viewpoint, continue along the loop trail. The grassland will appear on the trail along with ferns and rhododendrons. You might as well see some sambar deer at this point too. Very soon, you will see the signpost for Baker’s Fall. You will hear the sound of the waterfall much before you see it. The waterfall is located on the Belihul Oya River and crashes over the rocky surfaces before forming a gorge below. This is a pretty place mostly in shade all the time. There are a flight of stairs that leads to a better viewpoint. There is a pool below, if you want to have a dip, you are more than welcome.

The remaining trail is uphill climb through the tress and plains. Finally, you will reach the starting point. The entire trek will take about 3 to 4 hours. 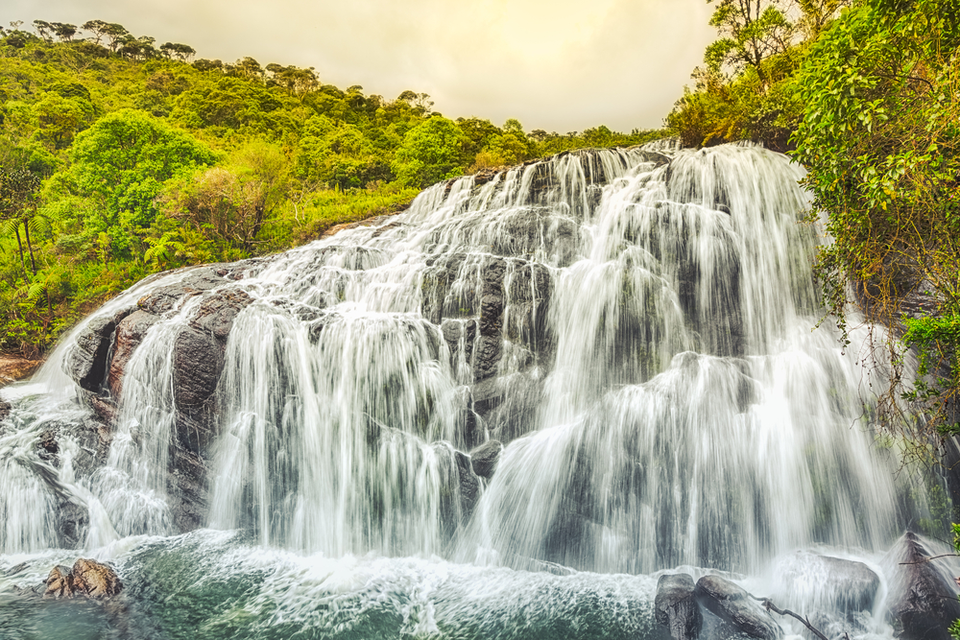 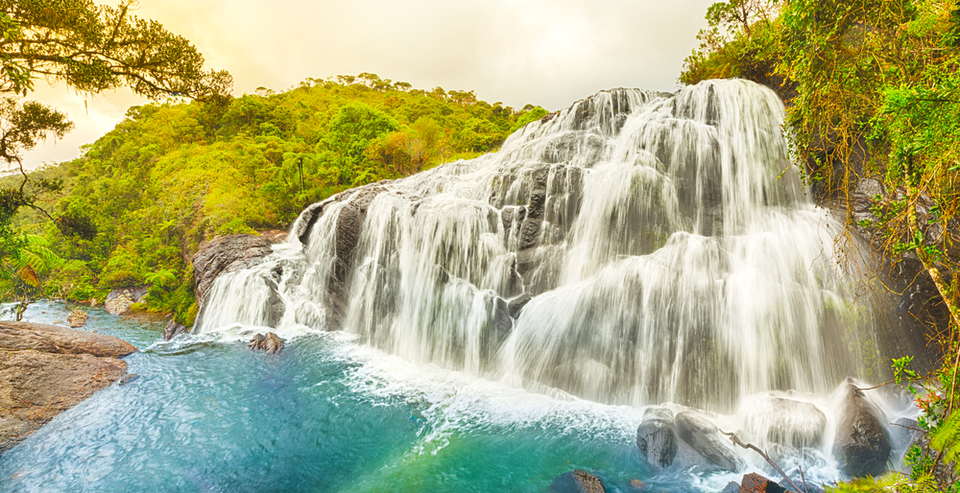 From Nuwara Eliya, there is unfortunately no public transport. You have to either hire an tuktuk or a car. Regular buses and taxis play between the capital Colombo and Nuwara Eliya. You can also reach Nuwara Eliya by train. Take the train from Fort Station to Nanu Oya, the closest station to Nuwara Eliya.

November to April is the best time for the hike when the weather remains remain cool and dry. The 9 km trek is best done early in the morning. You have to stay at Nuwara Eliya that has accommodation of various ranges. The hotel can arrange for car or tuktuk to the Horton Plains National Park. 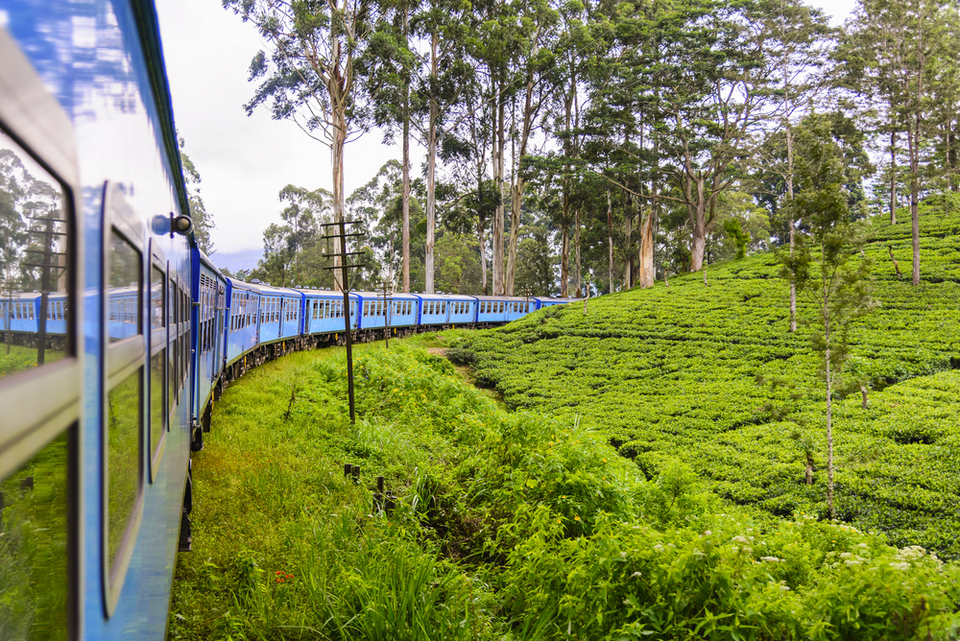 • There is a fees to enter the Horton Plains National Park.

• Wear a good shoes for the hike as some parts of the trail are uneven.

• Use good amount of sunscreen as parts of the trail is exposed to sun.