By Akanksha Siwach. Tales of The Hidden Trails 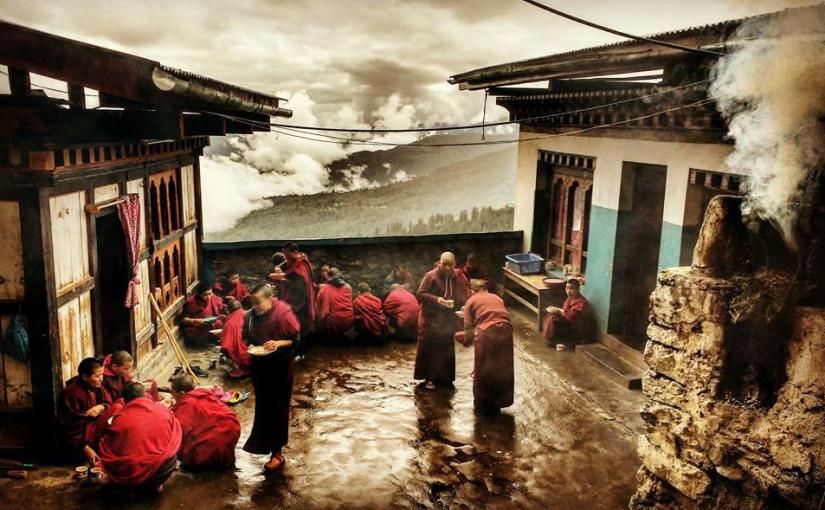 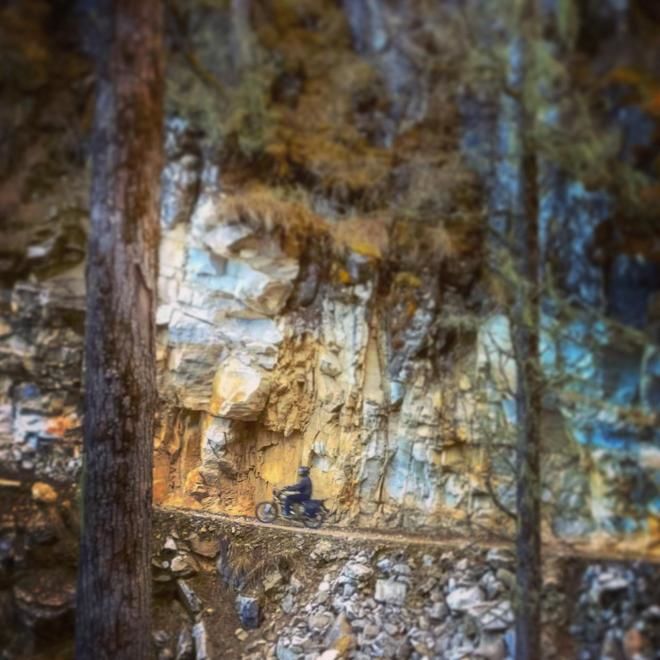 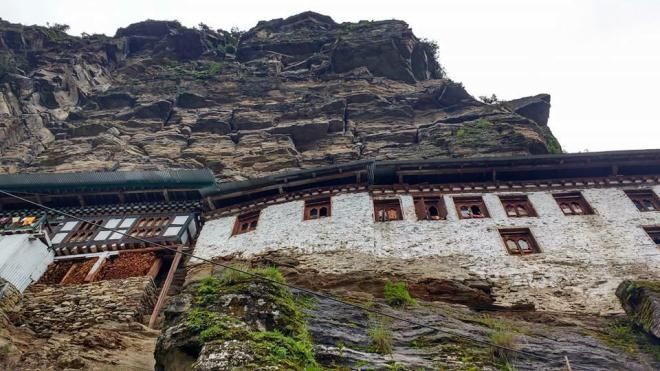 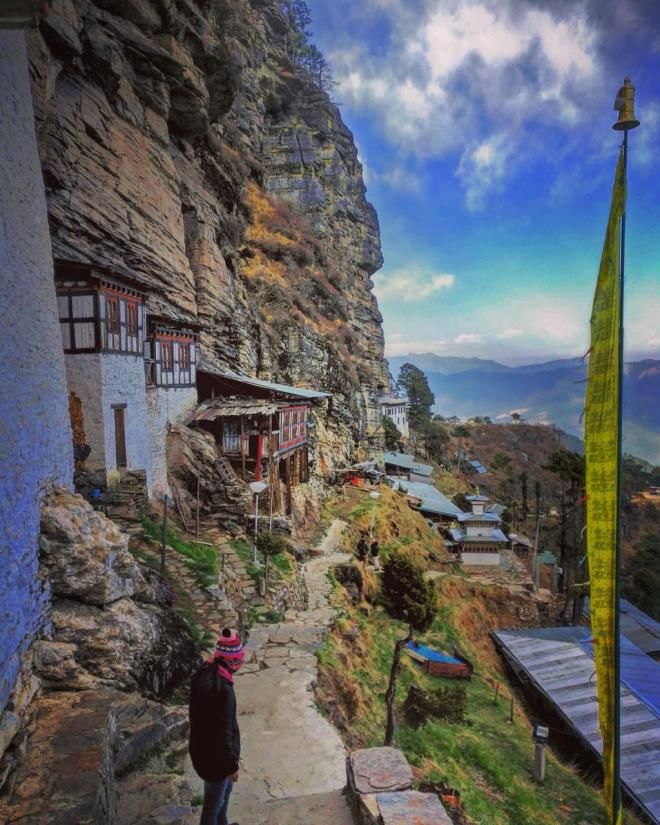 Kila Gompa Nunnery that dates back to the ninth century is a hidden treasure, nestled in the wilderness of Chalela. Perched on a dizzying rock cliff, with astounding views of the mighty Himalayan Ranges and the Paro Valley, this nunnery is every trekkers, riders delight. There were a total of 60 Nuns residing in the nunnery back in 2016, when i last visited. Some of their stories are unreal and inspiring. Known as the oldest nunnery in Bhutan, Kila is an offbeat destination attracting very few tourists.People who are intrigued by the lives of these simple maroon robed girls and at the same time looking for some refreshing time with the lesser known trails in the mountains shouldn’t give it a miss though. If you happen to visit the Nunnery, do carry small little something like munchies for the nuns as a kind gesture. Most of them are huge WAI WAI fans so carrying noodle packets for them isn’t a bad option. The nearest market is either in Paro or Haa Valley and therefore the nunnery is usually cut off form the civilization. Hence carrying snacks for them would be a great idea ???? Try reaching there early morning to catch a glimpse of the morning prayer rituals. out of all the five trips to Kela, the first hike remains special for after walking in the relentless rains, we were not only greeted fleeting clouds but also the hypnotic sound of the trumpets and chimes played at the monastery during early morning prayer rituals. 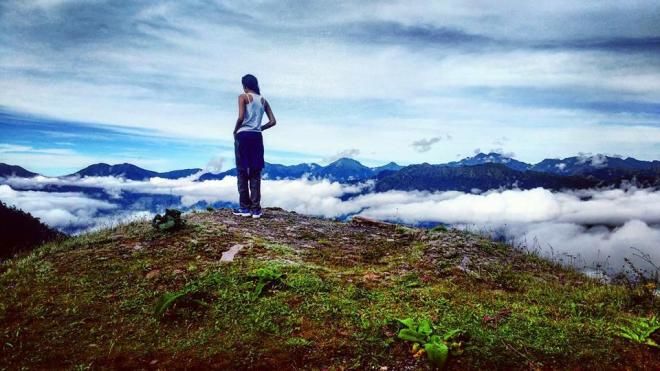 For those who are not into hiking, the Nunnery is easily accessible by road. If you’re driving up from Paro, the Nunnery is visible on the right hand side…as a tiny little Monastery hanging on a rock cliff. The right turn for the Gompa, is 10kms short of Chalela Pass. Once you take the right turn, you would hit an unpaved road covering a distance of 3 to 4kms. The Gompa is situated on the cliff at a height of 3500amsl surrounded by dense thick forest and spectacular Himalayan ranges. ( some of the highest peaks visible from here are Mt Chumolhari and Jichu Drake). Takes around one and a half hour drive from Paro Valley.

If you are coming from Haa side, the Nunnery falls 10 kms ahead of Chaela on your left. 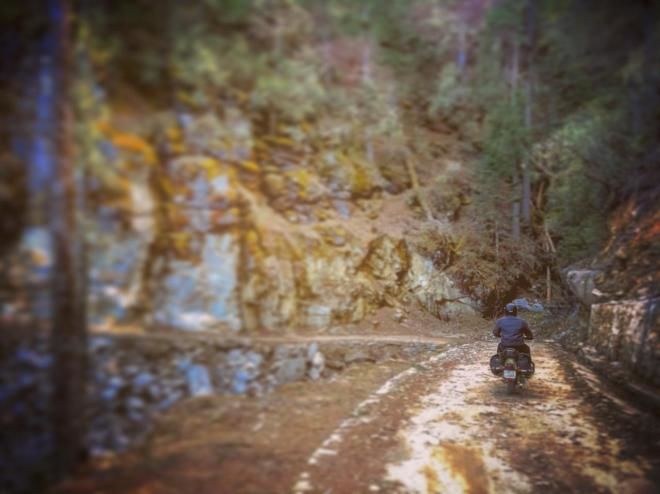 The same route can be used for hiking up to Kila..would take you just 45 mins or an hour from the turn. Another route is, descending down from Chalela Pass ( towards the meteorological station side). But one is advised to go in a group for bears frequent the jungles nearby. The nuns shared a whole lot of bear spotting tales and one does find it eerie climbing all by yourself in the forest.

KILA for sure has left a huge mark and having visited this place five times, i can still say that i’d never get enough of it!

Here’s a glimpse of the Nunnery through my lens and words ????

As the dawn struck the boundless blue sky

Lighting up the magnificent Himalayas that stood so mighty and high!

While the warm sunshine kissed the snowy peaks with love

Just like a stream of gold..the sky looked splendid above!

Driving through the morning fog along the ambrosial rustling Pine

The dew on the vibrant flowers was yet to melt away

The Spanish fungus that hung like chandeliers graced the mighty trees

Walking all by myself in the lap of nature..I felt like a spirit so free

One glimpse of the spectacular Monastery gleaming over the cliff

You couldn’t really tell and yet it looked as if

It called me out and embraced me in its Himalayan solitude

While I felt, I was transported to another world with all my pensive thoughts subdued!

The fallen woods lavishly clothed in the greenest of moss

The dazzling rhododendrons befitting the trees thriving across

And as I tread the road not taken.. one step after the other

The Gompa shone brilliantly and to my Haven I got closer

The enchanting drums and chimes played in harmony together

And there they were draped in maroon.. living a life of enlightened souls

Leaving the worldly pleasures behind yet living life with full zest

Who stood all alone by herself, kind of distinct from the rest

With sparkle in her eyes, she talked about her dreams galore

She had that nostalgic smile, while she talked about her life as a carefree child

Her grit and determination at this age took me quite aback

At eighteenth, I’d probably couldn’t care less when I now sit and look back

And As she joined the others singing praises to the Lord

For the first time ever , with my spiritual self it struck a chord

I knew I’d just made a memory to cherish and a story that I’d love to write! 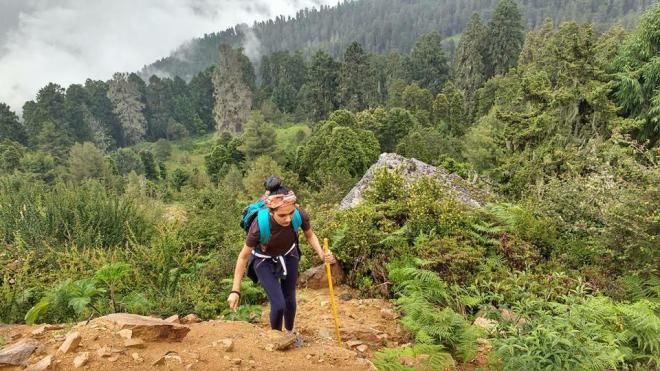 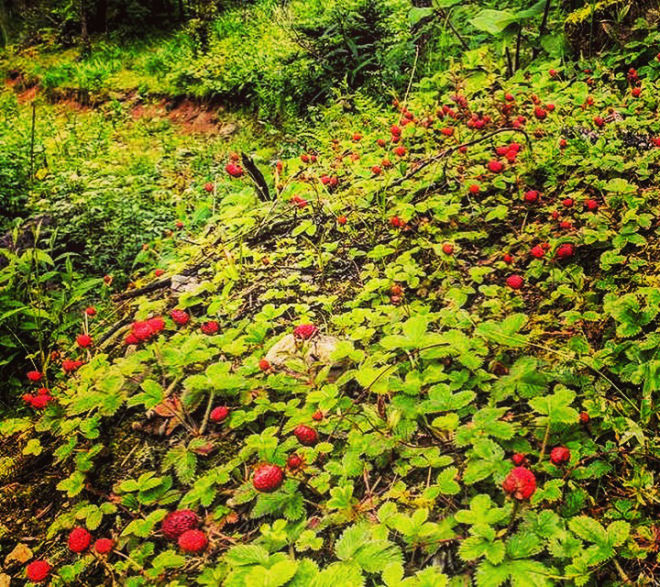 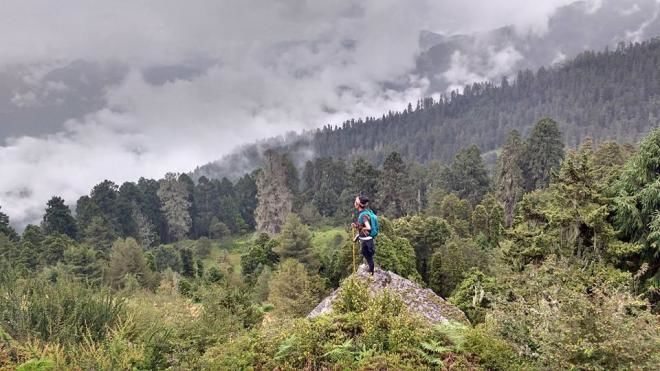 Clouds blurring our views so beautifully 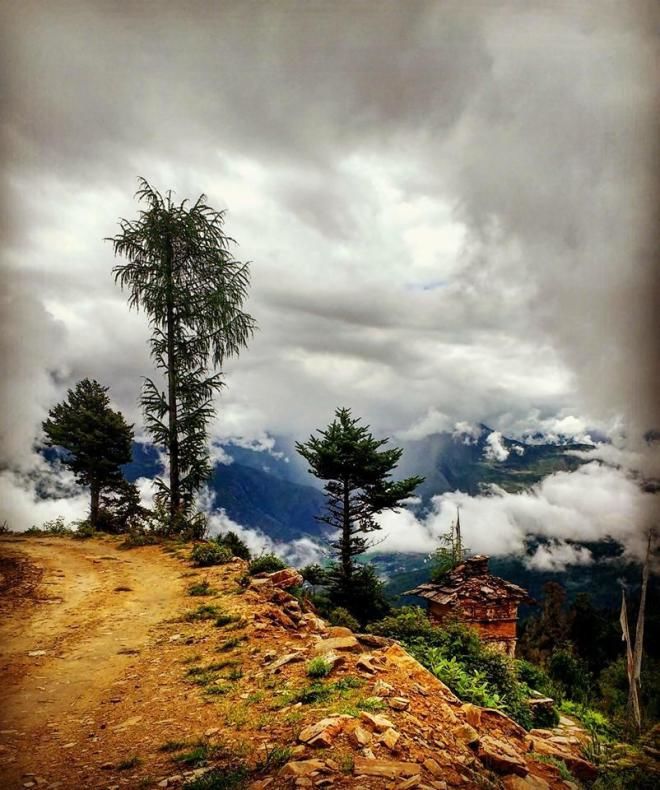 At a chortan at the gompa.. 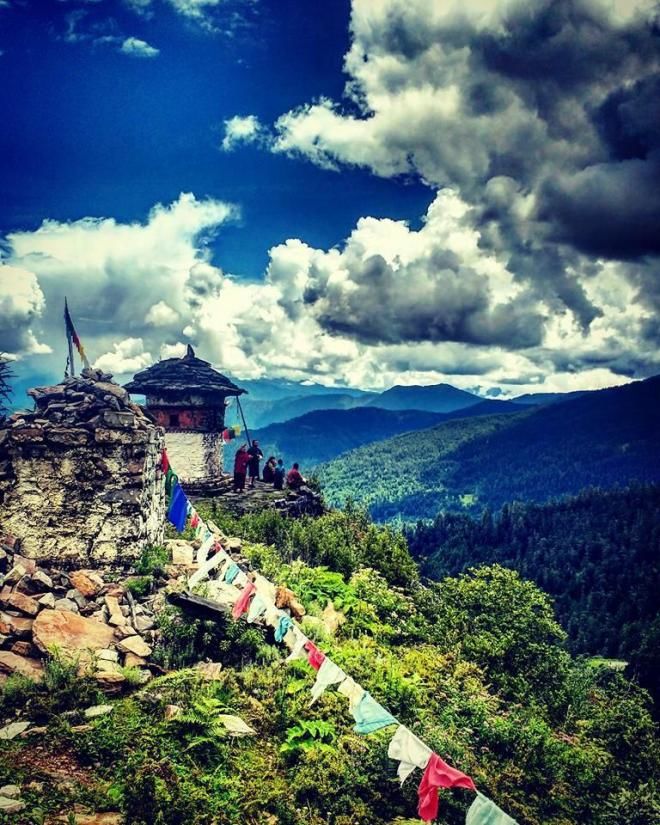 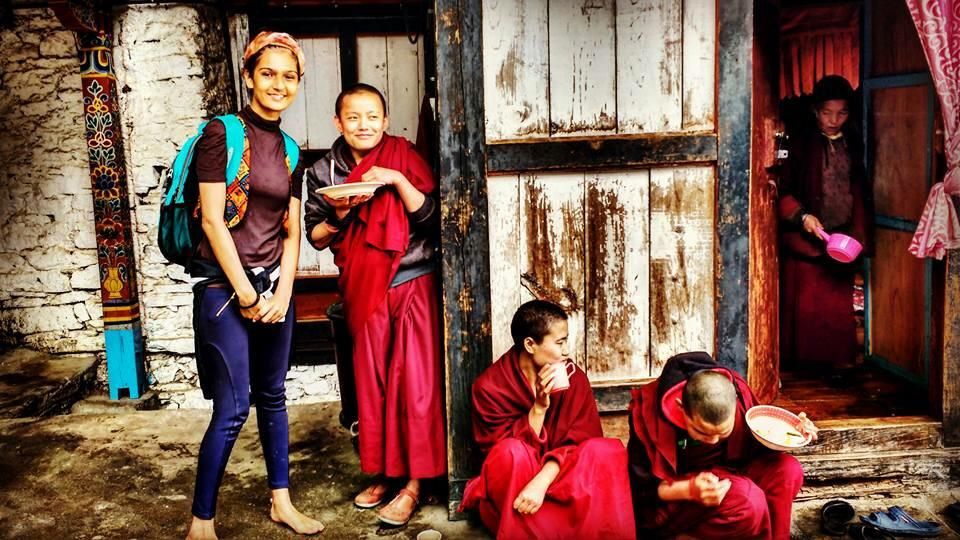 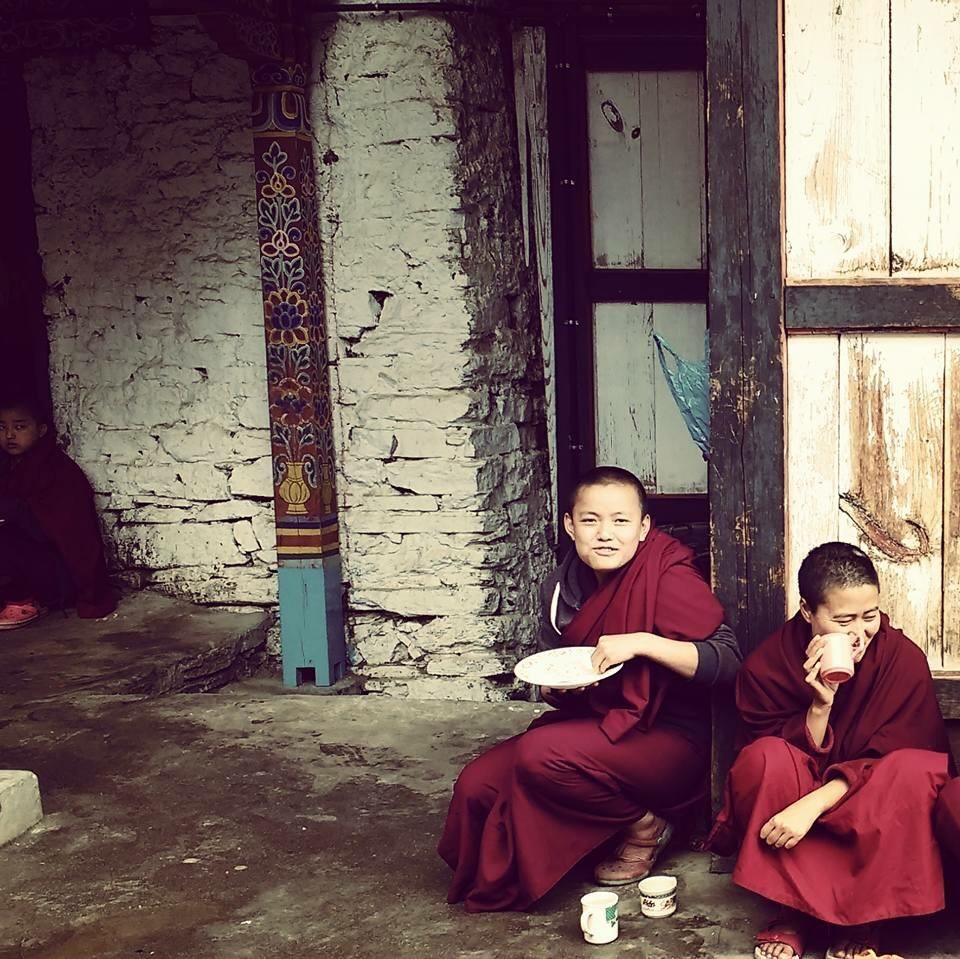 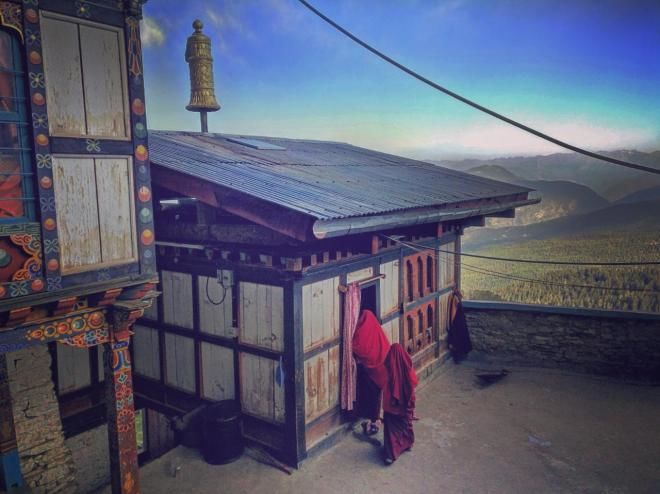 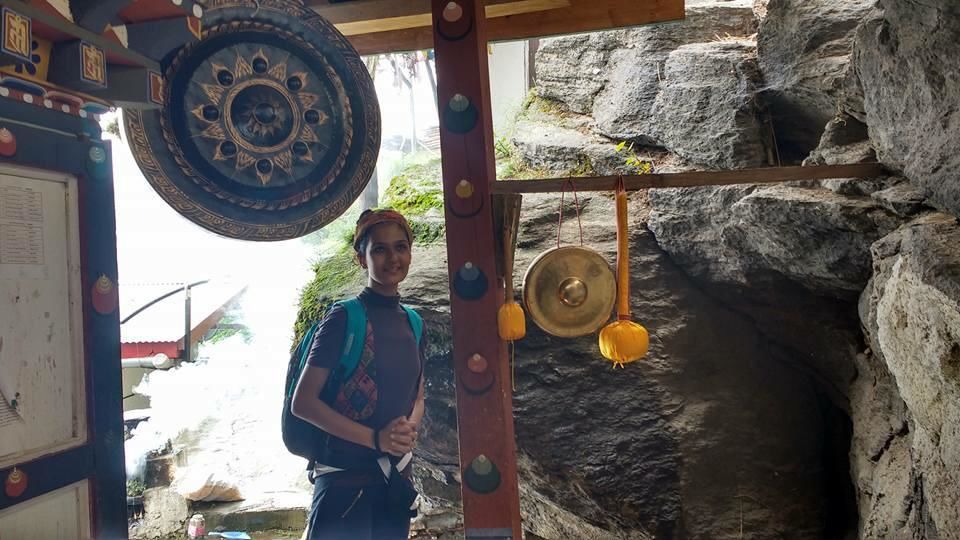 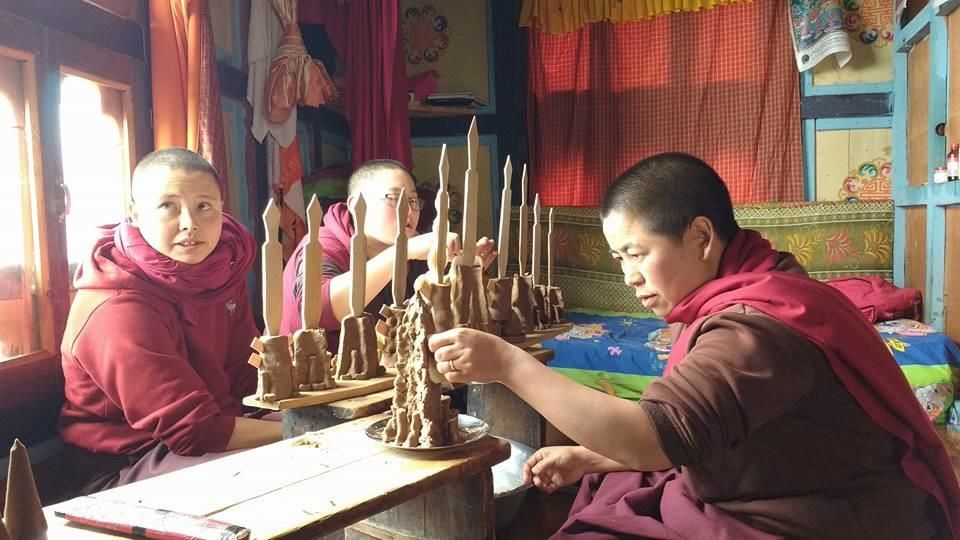