The City of Thousand Spires 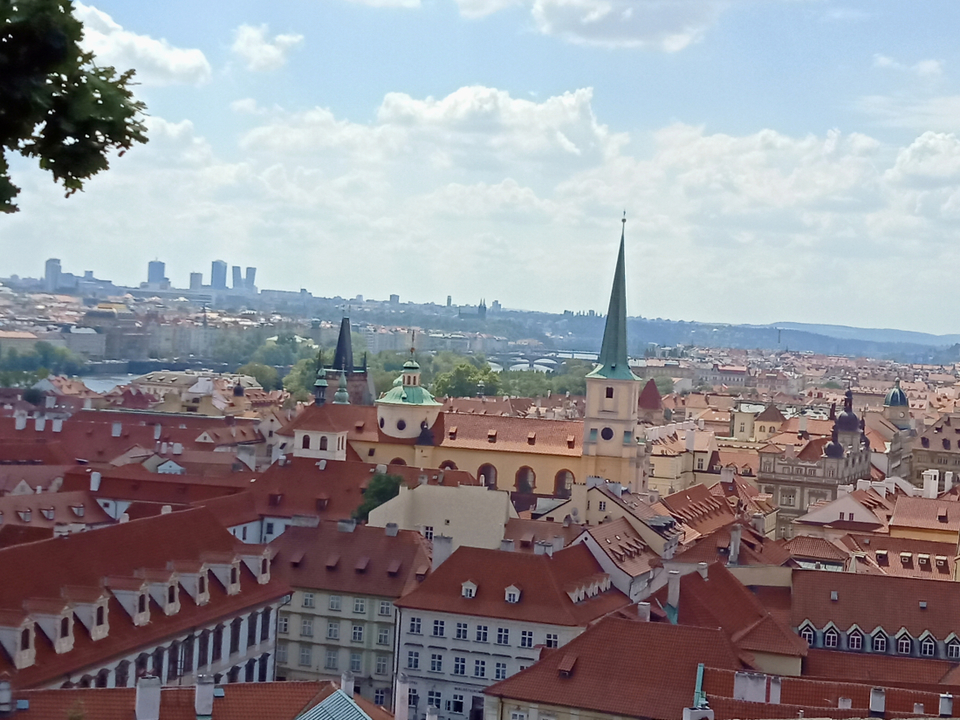 The word Bohemian is rendevous wth every soul on this planet. Infact it has created a creed in itself. From Boho style of dressing to living we have all tried it somewhere or the other but do you know the word was coined from the term Bohemia which came from the kingdom of Bohemia which is now Czech Republic. And Prague is the kingdom of Czech Republic and it must be on the bucket list of every traveller. Prague is unlike the glitzy cities of Europe infact it is more like an oil painting. It carries with itself an old world charm and it is this very charm which draws tourists. And my friend Bharati which is a fanatic of Kafka's works introduced me to this lovely city.

The City of Prague is situated on the banks of Vlatava river. What I love about this city is that it is like a time capsule with its cobbled streets and the old age buildings still giving the feels of back in 1940's. Not to mention its world famous wine. We stayed in an apartment in the heart of the city and basically discovered the city on foot. For the charm of European cities is best discovered on foot. One must definitely take a cruise on the Vlatava river specially during the evening when the city lights up. You can also collect some handmade paintings which the artisans display near the banks or simply sit and gaze on the river with the view of the Charles Bridge.. simply magic!

The best landmark of Prague is definitely the Prague castle situated on a hilltop. The St. Vitius Cathedral inside the Castle houses the Crown Jewels of the Bohemian Emperors.It is the largest ancient castle in the world. There are audio guides available in different languages and visiting the castle will take the entire day itself if you wish to see every nook and corner of it. For there are Royal Palaces, Cathedrals, Towers and so on. You can also collect souvenirs from outside the castle. While coming down I sat in a restaurant inside a vineyard and tasted the local made wine. And it tasted divine.

Language can be a problem in Prague as many people dont speak English if you wish to move around like a local. So it is always better to carry maps and idea about local transport. Trams and bus are the common mode of transport but we faced a few hiccups while changing Tram lines as few people knew English.

The Astronomical Clock in the Old Town Hall is another landmark that should be on your bucket list. It is a beautiful Gothic tower with a bay chapel and unique Astronomical clock. However while we visited the Clock was undergoing renovation so we saved it for another day.

So here the tidbits if you wish to visit Prague

Safety: Off course its pretty safe even for solo travelers and quite affordable.

Connectivity: Prague is well connected with all major European cities via air and train. We caught the local Regiojet train service from Vienna.

Accommodation: Lot of options to choose from Air Bnb, Agoda and other options such as hostels are also there

Experiences: Although France is known as the wine region of Europe but Czech wine has got its own flavour. Sip it while sitting in the middle of a vineyard. And the beer is considered to be the best in Europe.

Enjoy a evening cruise on the Vlatava river while the city lights up. And if you are there during Christmas, the Christmas markets are not to be missed

Prague is best enjoyed while walking. Although the city is a bit uphill but the cobbled streets have their own charm and there are also lot of trekking sites and spots.

And don't forget the Viennese Coffee!

Sights to be seen: Undoubtedly the Prague castle foremost, plus the Astronomical clock, Charles Bridge, The Jewish museum should not be missed.