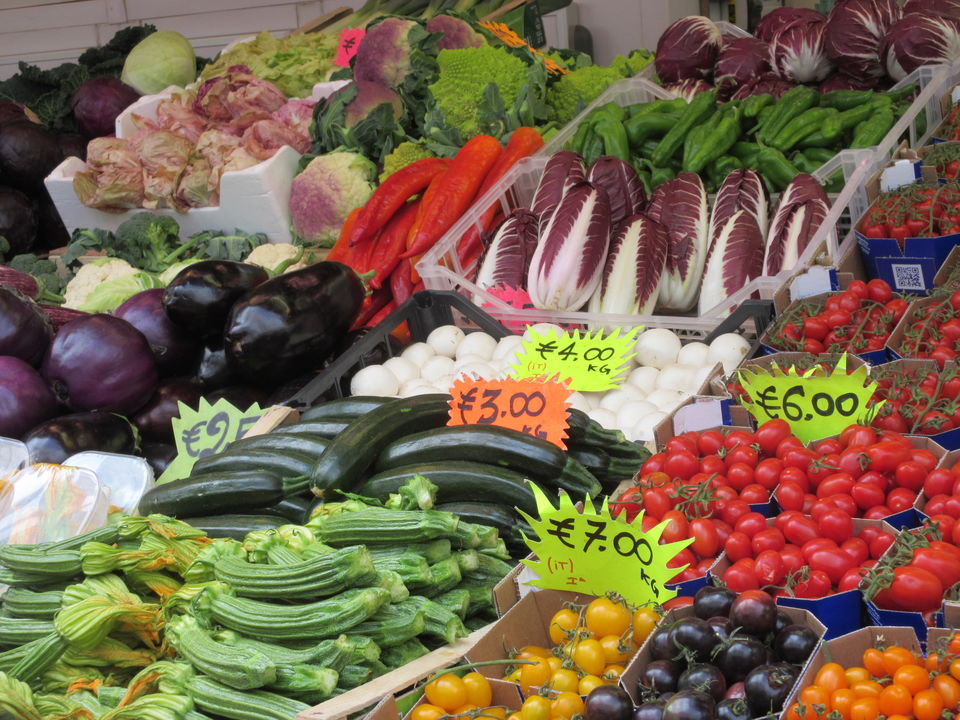 We finally make it to the Eternal City!

Rome had been on the agenda for a long time - nevertheless we had never made it there up until now. Our opportunity came when we had a four-day gap in housesits. What is more, it also happened to be T's Birthday. A perfect excuse.

We stayed at the mid-range Manin Suites - a lovely traditional building with contemporary rooms. As a matter of fact it was conveniently located a mere stone's throw from the railway station, where the airport bus dropped us off. In fact, the hotel proved to be a perfect base and we were able to walk everywhere we wanted to go.

A Visit to the Colosseum and Forum

Having purchased priority tickets in advance, we explored the Colosseum and the Forum. They were actually both as impressive as we had hoped. We had decided to give the Vatican a miss. In all honesty, this was partly because we aren't keen on queuing up for hours - we had better things to do with our limited time! Furthermore, we wanted to avoid the crowds within the Vatican, which we knew would be horrendous. Besides, we only had a few days in Rome and we had a lot to do!

A Birthday in Rome

Instead of waiting in line at the Vatican, we wandered the streets of the city. The streets brimming with tourists, we strolled through the backstreets and squares around the Trevi Fountain. We ate dinner at a modest restaurant where the pizza was mind-blowing - the ingredients were so fresh and flavourful. Actually, we wanted to return the next day, which was T's Birthday. In fact, when we arrived the restaurant was closed. Despite our initial disappointment, we did manage to celebrate in style with dinner at an alternative restaurant. Furthermore, dinner was followed by the largest and most decadent tiramisu we had ever seen, purchased from one of the many fantastic bakeries.

Testaccio - A Wealth of Culinary History

As it happened, Ku had been contacted by Eating Europe and was invited for a free food tour in exchange for writing an article about it. Needless to say, it was too good an opportunity to pass up on. The tour took place in the neighbourhood of Testaccio, a working-class area known for its culinary delights. As a matter of fact, many of the restaurants and food shops had been run by the same families for generations.

We met our friendly guide in the piazza and were introduced to the rest of the group which consisted of two other couples. Our first stop was Panificio Passi, a small bakery crammed with tempting sweet and savoury treats. Indeed, the fact that it was bustling with locals was evidence of its popularity. Here, we sampled two slices of pizza and Bigne de san Giuseppe, a cream puff which oozed with a tasty custard-like filling.

A Pyramid and a Cemetery

Next up, we headed to Masto, a tiny deli where we were presented with a cheese/meat board along with a glass of Merlot. Indeed, we were grateful we had skipped breakfast that morning. To give our stomachs a rest, we walked to the nearby Non-Catholic Cemetery for foreigners. Furthermore, this was where poets Shelley and Keats were buried in along with a host of other artists and writers. Additionally, the cemetery also offered an excellent view of the Pyramid of Cestius, which dates back to 12 BC.

The local market was next on the agenda. There, we tried bruschetta and buffalo mozzarella with fresh tomatoes and suppli. Similar to a croquette, suppli is filled with rice and finely chopped meat with a mozzarella centre. Furthermore, this was all washed down by local beer.

As if we hadn't already had our fill of delicious Italian food, it was now time for lunch! At Flavio al Velavevodetto, a renowned local restaurant, we were served with three types of pasta coupled with a choice of wines! Sitting at the table, the group had the opportunity to talk and get to know one another. Chiara had been a perfect guide. Furthermore, her enthusiasm for the food and neighbourhood was obvious.

Our last stop was at the local gelato shop, Giolitti, where we were able to enjoy two flavours of our choice, topped by fresh cream. We rarely take tours but 'A Taste of Testaccio' had been the highlight of our time in Rome. In fact, it provided an excellent insight into a neighbourhood we probably wouldn't have visited otherwise.

Despite the crowds and ever present selfie-sticks in Rome's centre, we both loved our time in this great city and hope to return one day to explore some of the neighbourhoods we didn't make it too. It goes without saying we'd have another slice of that incredible pizza!