Salzburg - Land Of sound Of music 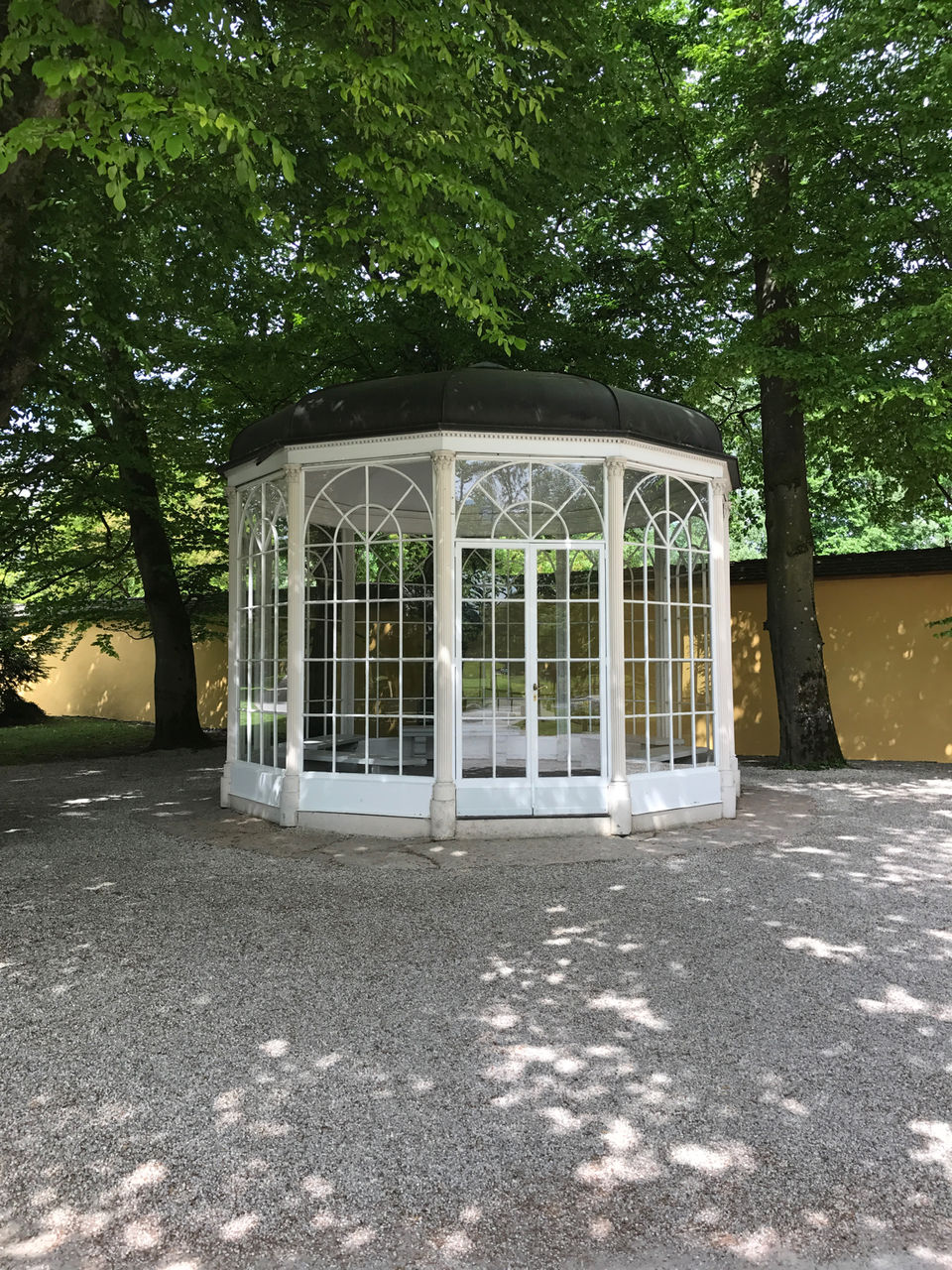 Salzburg, the city of the Sound of Music and indeed its everywhere. Here is where the movie Sound of Music was shot and it is the main attraction of this city. Nestled in the Alps, Salzburg is a beautiful city divided into 2 by the Salzach river. The birthplace of Mozart, this city is the hub of culture, music and art.

I had taken a train from Budapest to Salzburg and reached around noon. I had pre-booked the Salzburg city card and I would highly recommend it. Not only did it provide Free use of public transport, the Entry to most attractions was Free too!! Full value for money. I picked up my pre-booked card at the Train station and now I was all set for the 1.5days to soak it all up!

Along with the other experiences in Europe, one must experience the typical European Youth Hostel as well. I had chosen to stay at the Yoho Youth Hostel; its located quite close to the Mirabell palace and that served me perfectly as it was central. After an initial confusion around my bed and locker, which they quickly sorted out, I refreshed myself and set out to explore the city.

I love the movie Sound of Music, but the tour seemed expensive to me (45€) and hence decided to see those places myself. Also, there is more to the city than just the locations where the movie was shot. First stop - Schloss Mirabell and its gardens. Like all other palaces, this one too had expansive landscaped garden with tulips and other flowers. The palace isnt accessible as its the office of the Mayor now. After spending sometime in the gardens, clicking photos on the stairs where Do-re-me was shot, I set out towards the river. Salzburg, as I had mentioned was divided into the Alt Stadt (Old city) and Neu Stadt (New city). I was currently in the new city. One of the other major sights here was Mozart's Wohnhaus - the house where Mozart lived. One swipe of my Salz Card and I was in. Both Mozart's Wohnhaus and his Birth house are on the opposite sides of the river. These have been turned into museums to showcase the journey of the music maestro. Very detailed, well maintained and quite informative. Post this I visited his Birth house as well. 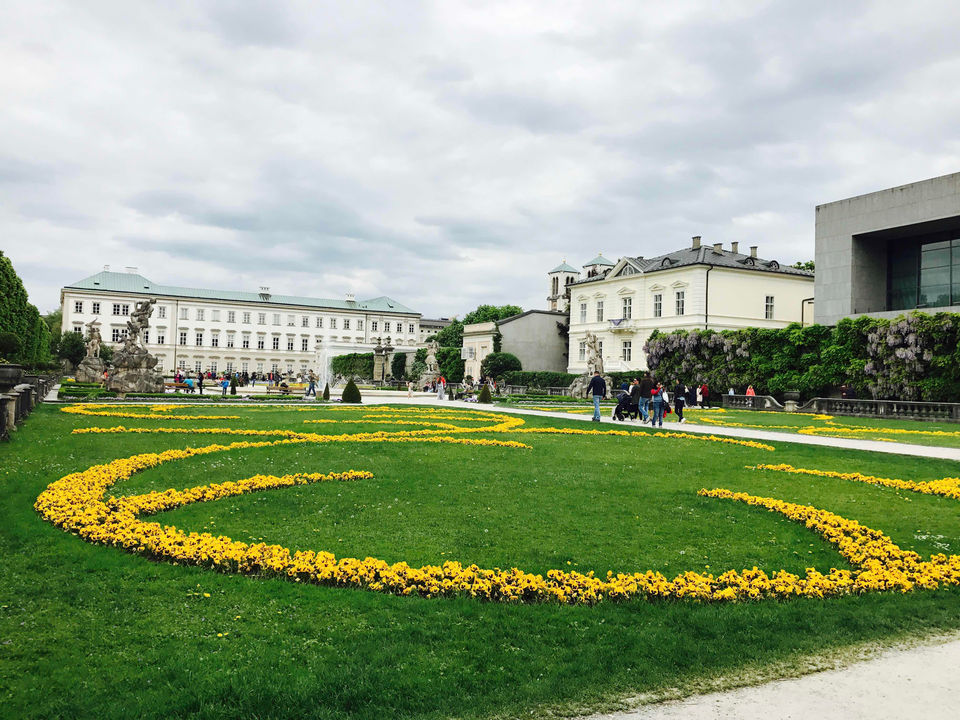 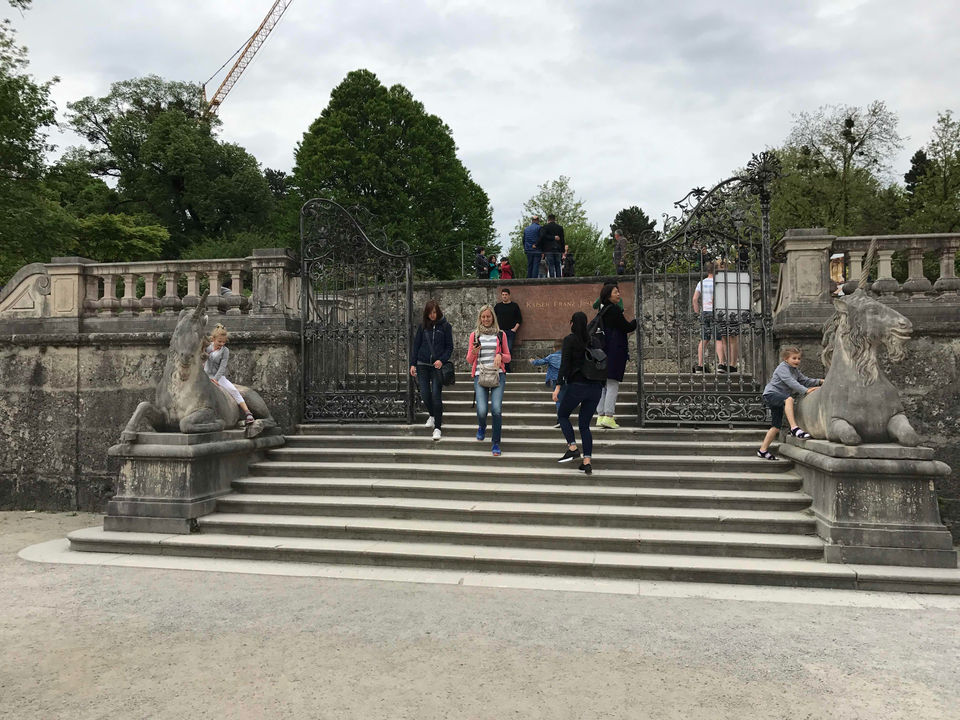 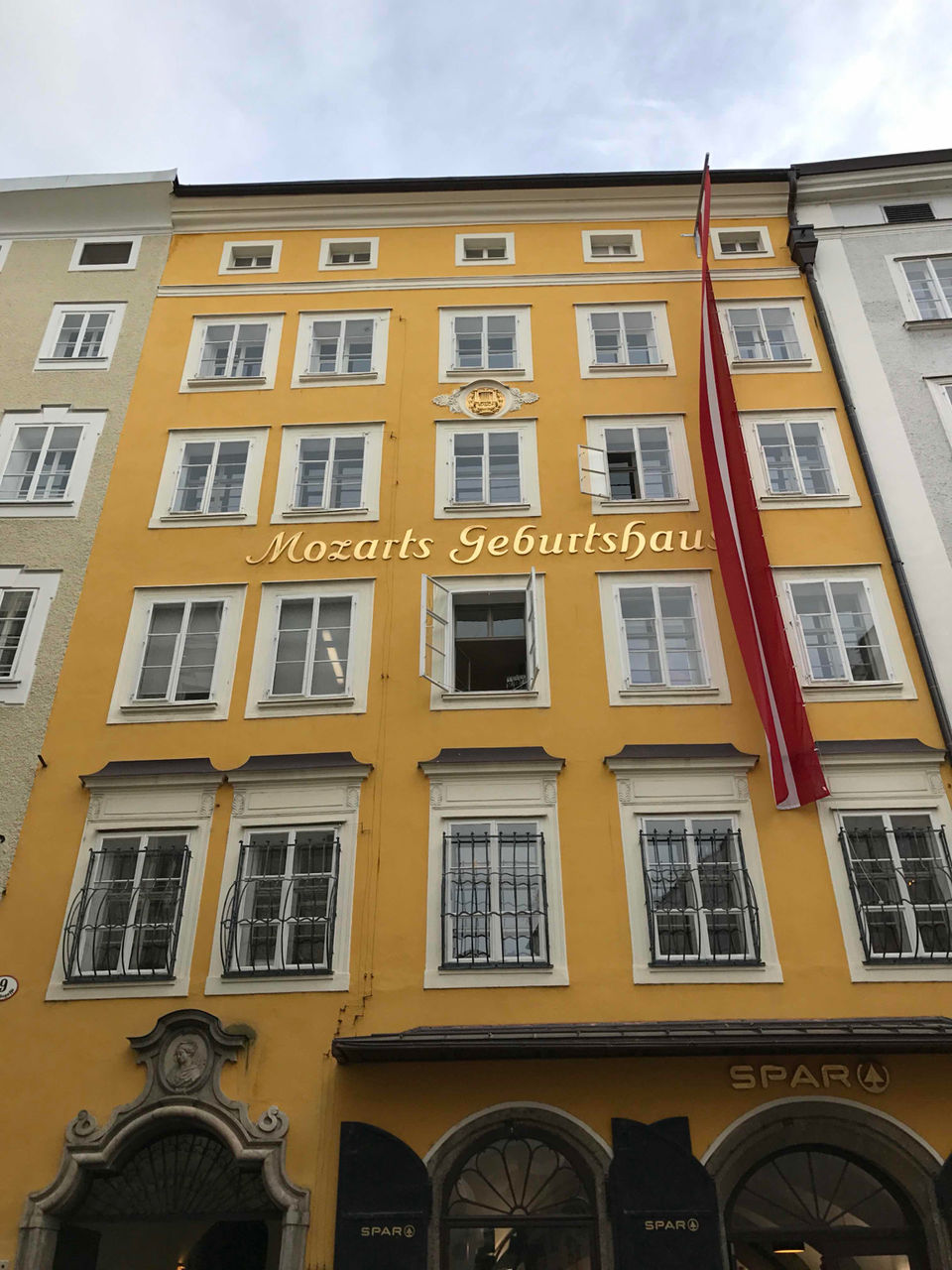 In every city I always hunt for view points and here I chose Kapuzinerberg. A short climb from near the bridge it offers a good view of the city and a glimpse of the Alps! I then hurried back as I had booked a concert at Schloss Mirabell. Honestly, I thought the one I attended in Vienna was better. Returned to the hostel post the concert and crashed immediately- I had a long day ahead of me.

Next day, after a quick breakfast at the Heart of Joy cafe (Vegetarian cafe :)) I took a bus to Schloss Hellbrunn. This was also one of the sights where the movie was shot, but my interest lay in the Trick Fountains. Schloss Hellbrunn was considered a summer residence for the king and hence is located a little away from the city. The Salz Card provides you free access to the entire complex which houses the Trick Fountains, Palace, gardens and a few other smaller sights. One of the main highlights of Salz for me was the fountains. Your ticket entitles you to a guided tour and I was just in time for one. This palace was built by Prince Archbishop Markus Sittikua as a place for his leisure and pleasure and He did have a sneaky sense of humor. You will see that in the trick fountain tour.. watch out, there could be a water fountain next to you!

I then proceeded for a quick tour through the palace with the audio guide and then finished at the expansive gardens which houses the iconice Gazebo which was used in the song "I am sixteen" in the movie.

The next few sights I wanted to see were located in the old city and I then took a bus back. One of my room-mates in the hostel had recommended trekking up to the HohenSalzburg fortress and going inside as well. There are 2 ways to go up to the fortress - you either climb or use the Funicular. I decided to climb and mind you its quite steep. One swipe of my Salz card, free entrance with an audio guide - I was delighted! I love this card and its better than the Vienna city card and other city cards which only offer you discounts!

One of the main attractions of a fortress is the upper most view point and this opens out to a direct view of the city on one size and the breath-taking Alps on the other. #DPpoint.

For the descent from the fortress I decided to try the Funicular and guess what - it was free thanks to the awesome Salz card. I think they allow one way use of the Funicular for free. Next stop was 2-3 sights located just at the base of the fortress - the Salzburg dome, Residenz and Peter's cemetery. The Salzburg Dome is the main cathedral and yet another beautiful one with intricate carvings in Baroque and Roman architectural styles. I couldn't take my eyes off the beautiful motifs, the dome and the other intricate works. I then proceeded to the Residenz which is the palace occupied by the Archbishops. Its massive and the audio guided tour was quite detailed. Like many other sights in Salz which close by 5pm ish, I had just 1 hour to see this and it was a tough ask. I managed to browse through all the rooms there and just wished I had more time. Its worth a visit - just to see the grandeur of those times. My last stop was the St Peter cemetery and one would wonder why would someone have that on a sight seeing list. You will see it and realize it isn't like any other. A well designed cemetery it does have quite an aesthetic appeal. I now decided to call it a day, when my eyes spotted the Sacher Hotel... that means... Sachertorte!!!

After a relaxing half hour, relishing my sacher cake I wanted to make it back to my hostel by 8pm as they play the movie Sound of Music every night. :)

I sat in the common room, with people from across the world, singing Do a deer and other songs.. ringing in my birthday!

With that ended my Salz rendezvous, said my goodbyes to this side of the Alps and set out early next morning to Munich! 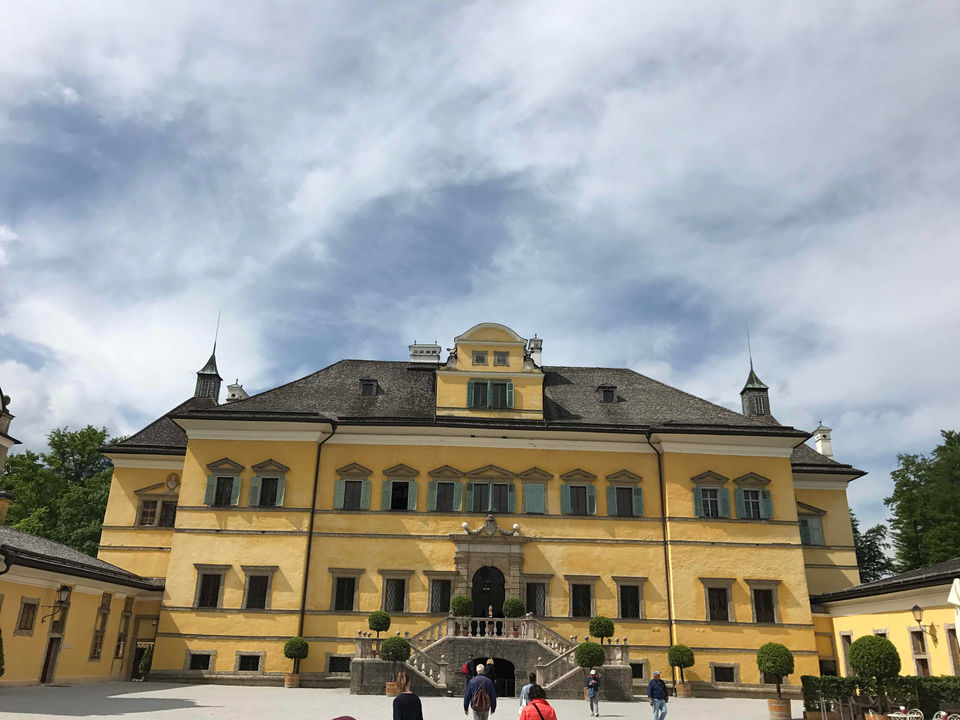 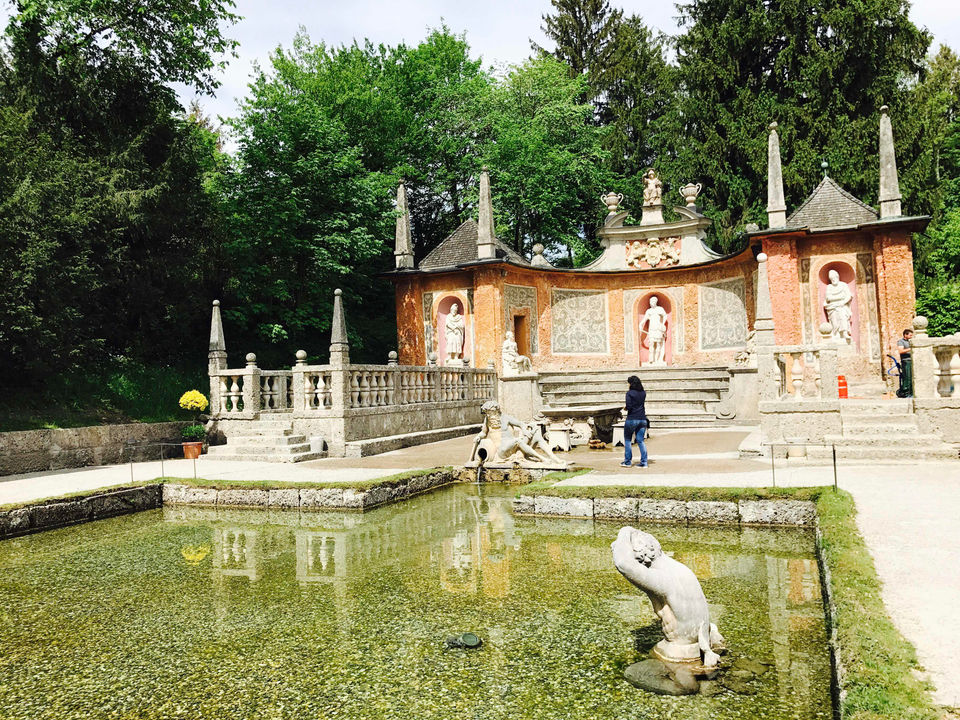 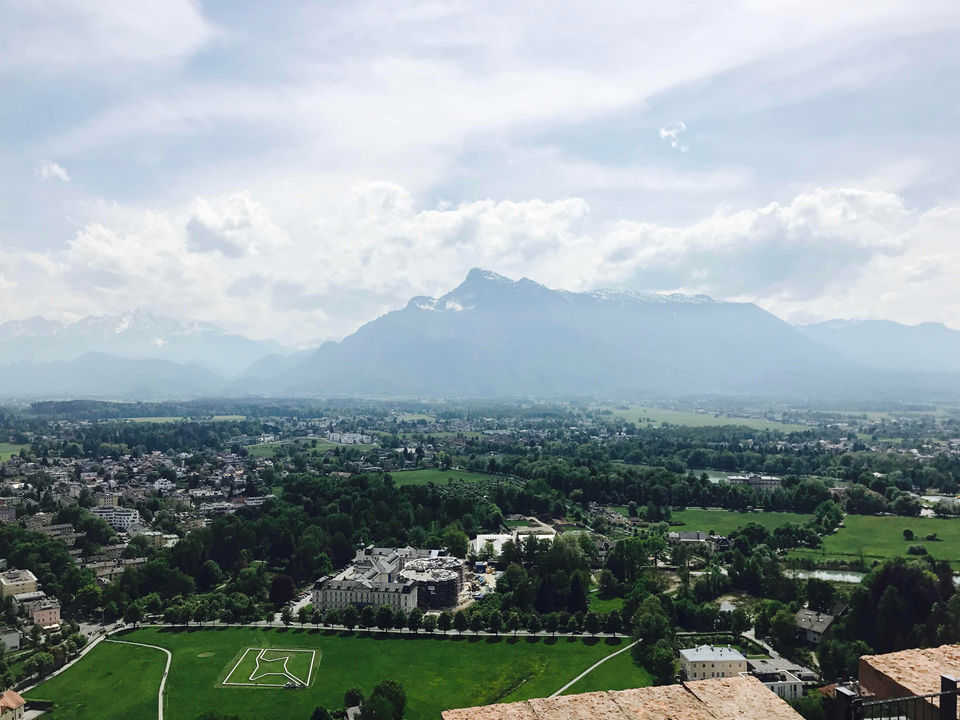 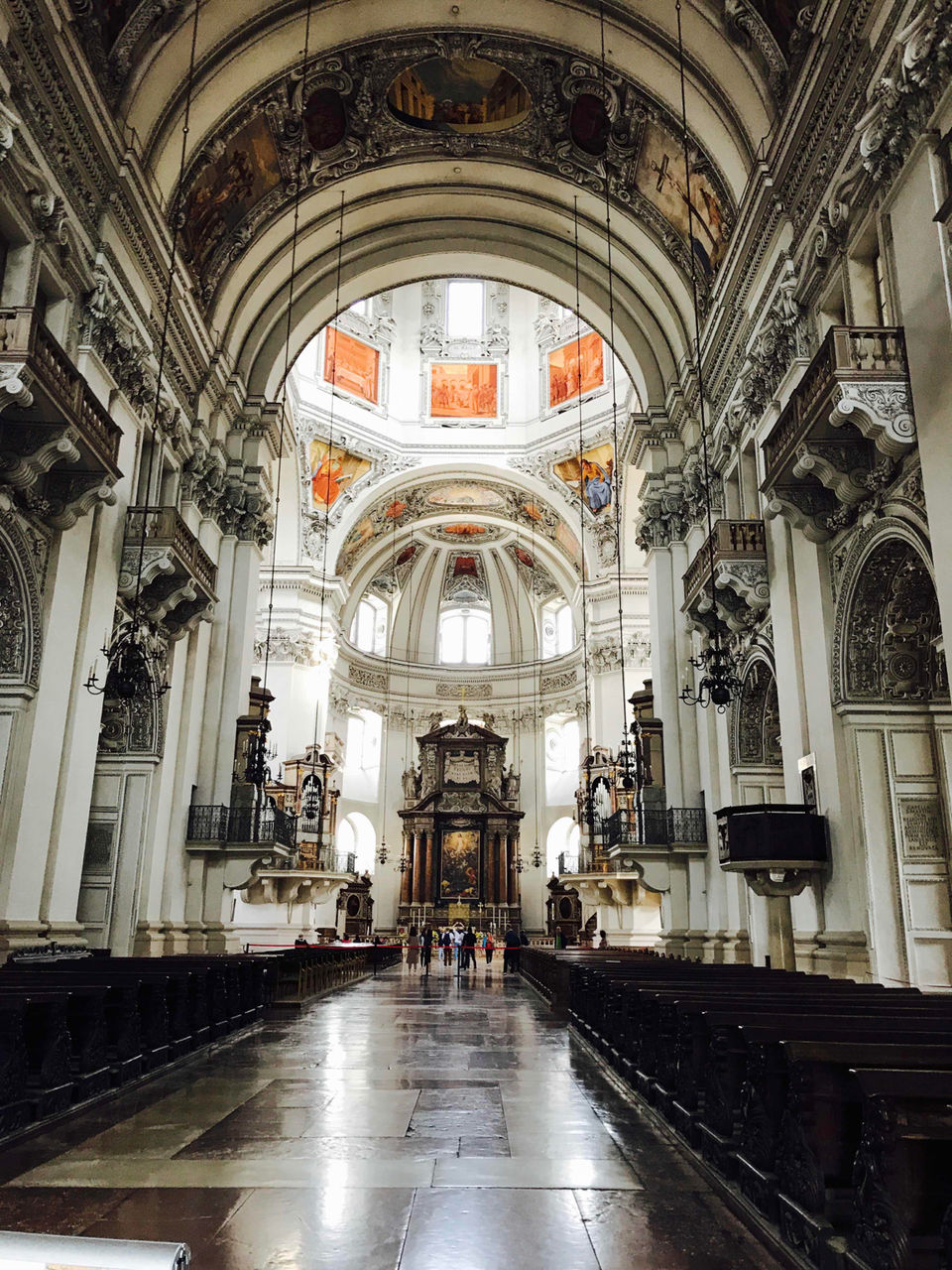