This year was going to be an exciting summer. Not only had I planned my jungle trails in advance, I had not one but two jungle trips planned. One would imagine what a summer it was going to turn into with trips planned to two large Tiger abodes - The Ranthambore National Park and the Jim Corbett National Park. Well, to be honest, the original plan was to go to the very famous Tadoba Tiger Reserve, however, do to unavailability of safari permits, we decided to go to The Ranthambore National Park.

This was our first group trip to a jungle; hitherto we had always booked private jeep safaris for the two-three of us friends. However, this time around we decided to join a group being led by one of our most trusted wild life travel arrangers - the guys at Junglelore. Over a long weekend, these guys were taking two groups of around 25 individuals each in a canter (roofless bus) for a group safari. While we were a little anxious and apprehensive in going along with so many people - for a number of reasons: a) it is simply inconvenient to take photographs with 20 other people trying to do the same, b) the canter is generally higher than a jeep and thus you cannot photograph the animal from the eye level, c) more people = more noise (or chaos), and d) we feared that not everyone may be interested in wildlife other than the tiger and that would spoil our chances of photographing birds. Thankfully, none of that was true and it was a fun group to be part of, with enough opportunities to photograph birds and animals alike. In fact, we think that these group trips are a good way to ensure that you can do multiple jungle trips in a season on a tight budget. Post lunch we headed for our first safari; while we didnt see any tiger, we did see a number of birds: long billed vulture, Oriental White Ibis, Red Wattled Lapwing, Sandpiper, Indian Cormorant, Ruddy Shelduck, to name a few, besides a baby crocodile. This was not a very disappointing first day since a) we saw a number of birds and b) we were experienced enough to know that the jungle tests your patience.

Excitement and anticipation were at their highest as this was an unplanned visit and the arrangers were very confident of sighting the tiger as he was sitting with a kill very close to the motorable road. However, to our dismay, just as we reached the entrance gate of the jungle, we were hit by a sudden sandstorm which was followed by heavy lightening, destructive winds and rains. We were lucky to have found shade in the forest officer's empty office that protected us, and more importantly our expensive gear from being drenched. However, some of our fellow travellers were not so lucky as they had already entered the jungle ahead of us. They had to brave quite a few odds to come back to the forest officers office and some of them ended up with damaged expensive gears. The storm lasted for more than an hour and the heavy rains meant that even after the storm was over, we could not go into the jungle as the loose jungle soil would have turned in to quick sand at places and it would have been an undue risk to take. Therefore we had to head back to the hotel without any sightings only to share the story of the storm and the destruction it caused (like breaking the forest officer's bike into three pieces, uprooting some trees and the wireless antenna at the forest officer's office etc).

That evening also didnt look very promising as we wandered around in search of the elusive Tiger until we hit a roadblock (fallen tree)on account of the storm in the morning. We went back to  request the forest officer for a route change on account of the road block; however despite numerous requests, he refused to allow us on any other route. He sent a few men to clear the road and we had no choice but to drive along the same route. Just as we crossed the roadblock, our guides face - which had hitherto been hung up as we could not manage to get permit for a different route - lit up as a vehicle coming from the opposite direction made some signs. It didnt take us all long to realise that there was a sighting somewhere ahead on the road and that everyone but us had seen the tiger. There was a sudden change in the atmosphere. Hung up faces were lit up, resting asses were on fire and gloomy eyes were anxious. Upon turning left on a curvy road, our canter stopped in the centre of a gathering of jeeps and canters. Far away besides a rock, we could see a yellow belly with black stripes; there it was, a young male tiger resting on a rocky patch. As other cars made way for us to move ahead (it's amazing how much decorum the drivers and guides maintain to ensure that everyone gets a good view), we were told that the tiger had walked up a long way along the road and was now tired and therefore resting here. This was my second tiger sighting; the first one being in Kanha. However, both times I had only seen the tiger sleeping and so I was a little disappointed.  For the next fifteen minutes, he alternated taking a nap and popping his head up, until he saw a deer a little further away. He almost sat and up and looked ready to run for a kill, before he got lazy and went back to slumber. We snapped a number of photos and it seemed a perfect end to a long and adventurous day.
On the last morning, as we entered the jungle, the buzz was that a mother tigress and her cubs were around the large lake. Having seen enough of the birds and the jungle, and this being our last safari before heading home, we decided to wait around the lake. The sun was shining bright and we spent a good four hours moving around the lake, but we were not graced with any sighting.

A tiger lover paradise, the Ranthambore National Park is one of the largest national parks in northern India. This approximately 400 sq km forest is said to have housed around 50 Tigers once, however, that number is lower now due to poaching - an activity witnessed in almost all big and small forests in our country. Not just the density of tigers, but this park is also known for housing some of the most ferocious wild cats, that have fancy names and even more interesting stories. For instance, one of most recited stories of this park is how Machali (T-16), the royal tigress, fought with a 14 foot long crocodile. And mind you, this is not the only story that you will hear about Machali or the tiger reverse. 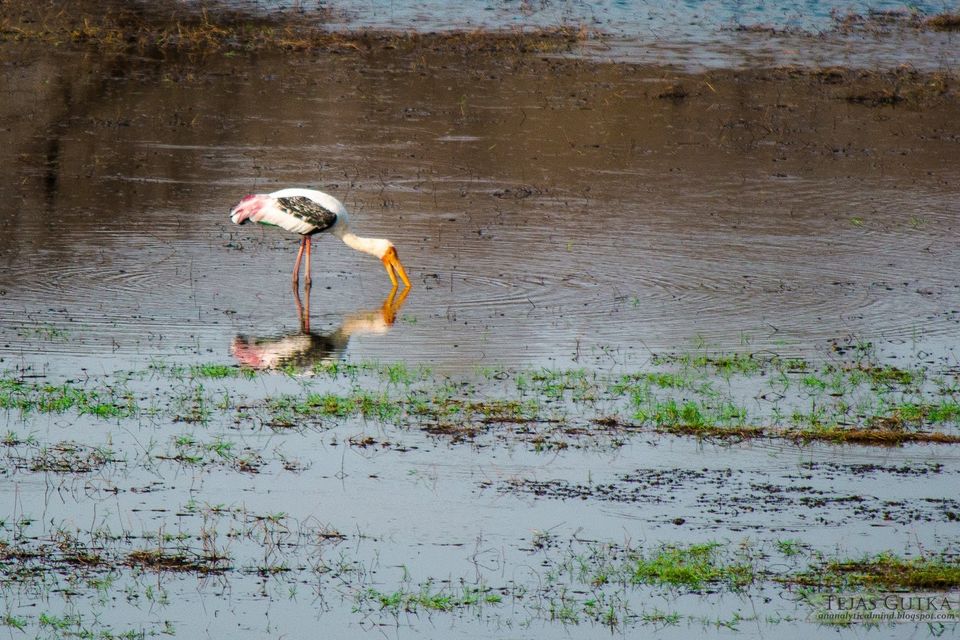 Our trip started on Thursday evening as we rushed after work to board the Jaipur Superfast Express at 6:50 pm from Mumbai Central. At the station we met Dhimesh Patel - an ex banker turned adventurer - who was our trip leader and the only guy without a seat since he had to offer his seat to some lady who joined the trip last minute. We reached Sawai Madhopur next morning at 10:30 and after a quick breakfast checked in to our rooms at the Ranthambhore Forest Resort. 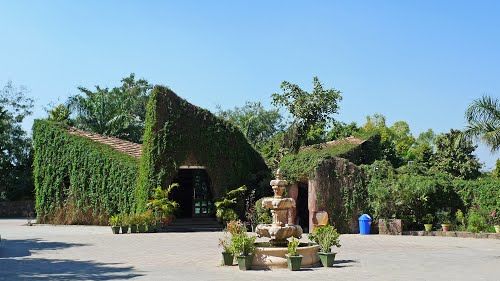 Stopping briefly on the way back to climb the Ranthambore fort to seek blessings of the three-headed Lord Ganesha atop a small hill. 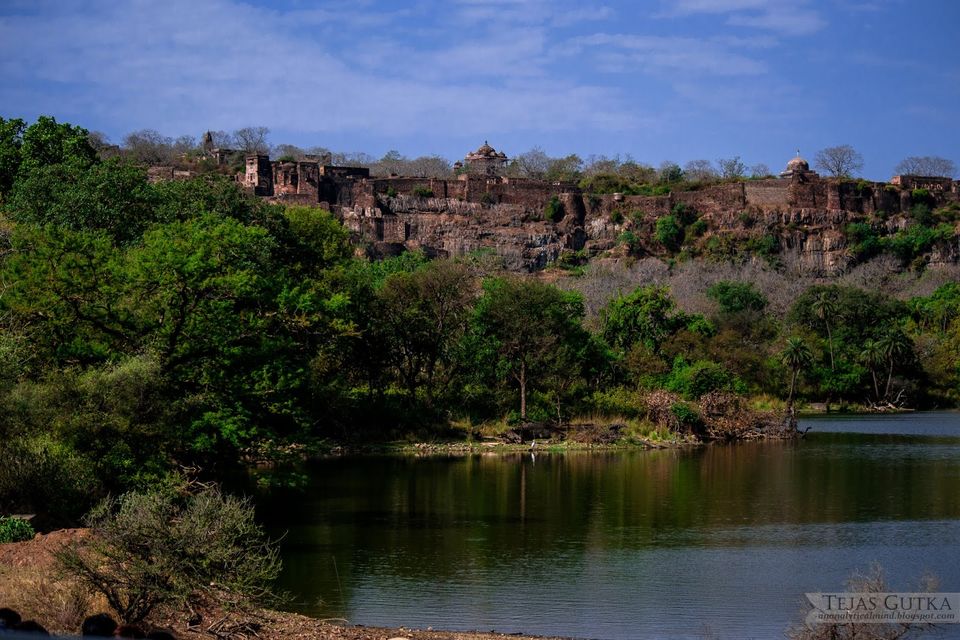