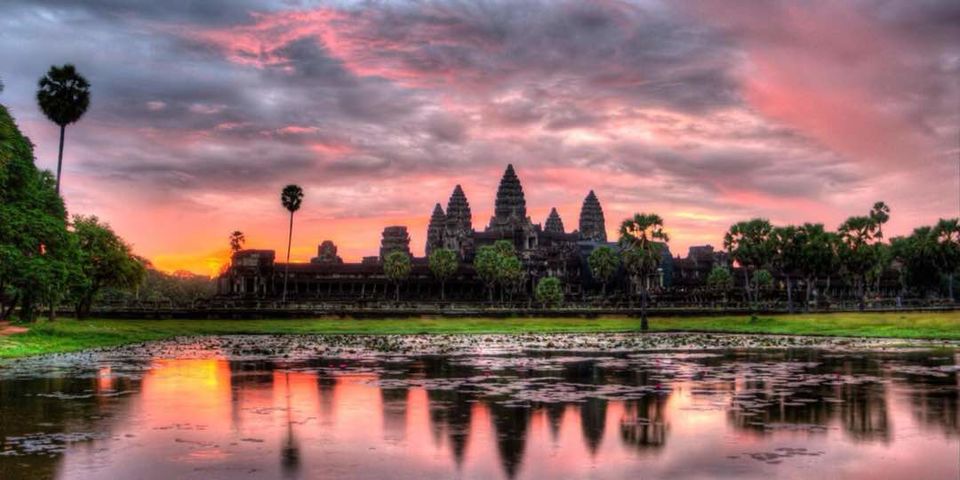 Siem Reap is the cultural capital of Cambodia and offers a myriad of experiences. Whether its exploring history and architecture at the Angkor temples to a vibrant night-life at the Pub-Street, the city is a seamless blend of heritage and modernity.

Getting there: I travelled with a group of cousins and took the Air-Asia flight from Bangalore to Siem Reap. Most stays offer a complimentary airport pickup and drop. To get around the city, one can rent a bike or hire a tuk-tuk. We opted for a tuk-tuk considering the hot and humid weather and reserved it for the 3-days. US dollars is widely accepted as a currency here.

Siem Reap is home to the ancient temples of the Khymer dynasty. Foreign tourists need an admission pass for the temple tour. There are multiple options available here- 1 day/ 3 days or 7 days pass. The standard routes are a couple of circular paths referred to as the large circuit and small circuit, with the temple attractions along the way.

It is quite hot and humid, so dress comfortably and read up on the permissible attire as the temple authorities are quite stringent about it. This tour is a tourists’ favourite, so all locations are quite crowded, especially because everyone follows the same clock-wise route starting from Angkor Wat.

Angkor Wat: The largest temple in the world, it is recognised as a UNESCO World Heritage site and the most popular temple in the region. We started at 5.00am to catch the sunrise but it was already flocked by tourists. Originally a Vishnu temple, it later became the centre of Buddhist pilgrimage. The principal sanctuary is the highest point of the temple, that opens in 4 cardinal directions and offers a magnificent view of the city. Barring the sprawling temple complex and ornate designs on a few walls and pillars, we weren’t much impressed.

Angkor Thom: It a large complex that houses multiple temples.

1. Bayon Temple - My personal favourite amongst the temples, this place has a mystical air about it with massive faces carved on each of the buildings. It is unknown on whose faces these are meant to be.

3. Baphoun temple - the side view of the Baphuon temple depicts a reclining stage of Buddha.

4. Ta Phrom: Another one of the world Heritage sites, it has fascinating views of temple walls are overrun by the expanding forests with massive roots growing out of the ruins.

Pub Street: Lined with bars, lounges and restaurants, the entire street is vibrantly lit up and its the most happening part of the town after sunset. You can choose to go pub-hopping, indulge the lively street performances, relish delicious street food to five star restaurants, there are all options suited to all budgets and preferences. Do explore the authentic Khmer cuisine, its quite delicious! You would also come across vendors selling fried frogs, snakes and scorpions, and even snake wine.

The adjacent lanes are lined with stalls and flea market at really affordable rates, and do not forget to bargain before you make a buy! There are also a number of massage parlours, and getting a round of foot massage after a tiring day was quite comforting.

And if you are still energetic enough after partying at the pub-street, your next destination could be the night market. Its quite crowded with stalls selling souvenirs, food stalls and local items.

Tonle Sap Lake: The largest fresh water lake in Asia and a rich fishing spot sustaining the economy. The biggest attraction here is the floating village of Chong Khneas. The boat ride to the floating village is approximate a 2-2.5hrs ride through the entire village including the floating markets, schools, clinics, basketball courts, etc. We stopped by the floating schools and kids were super enthusiastic to get visitors. Plan a half-day here, including travel to/from Siem reap.

Other attractions: Apsara dance performances are quite popular and traditional of the region, starting from 12USD onwards.