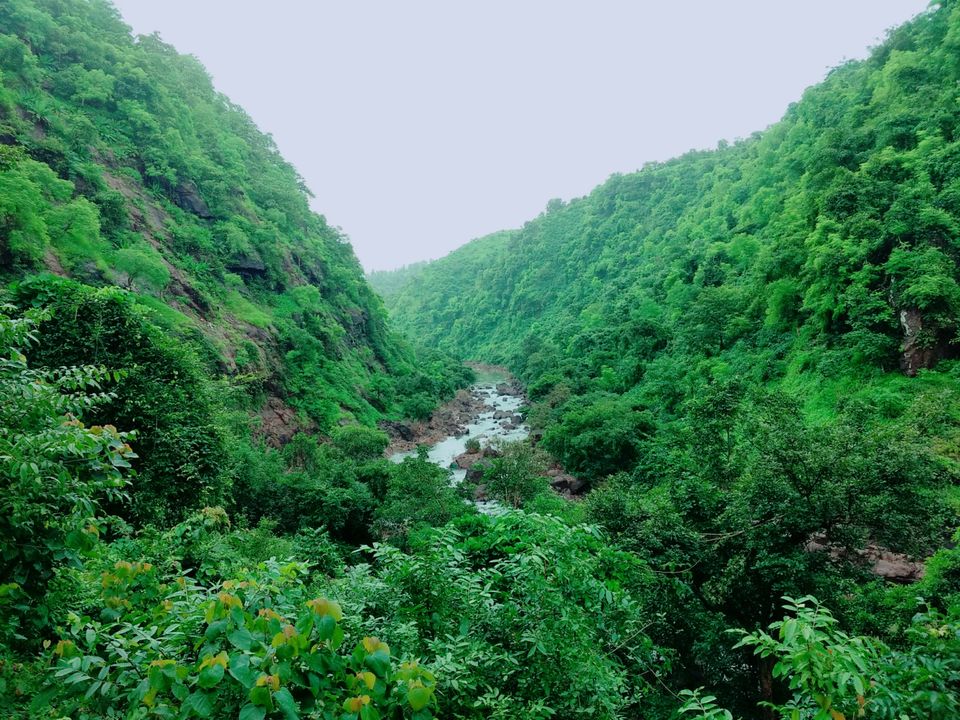 Being a traveller at heart, I was always on a lookout for new places to visit in and around Mumbai. One fine day I zoomed in on this place called Jawahar, which is approximately 140km from Mumbai. Enroute I decided to visit the Dabosa Waterfall, Madhuban Dam in Silvassa and take the coastline route to visit some of the beautiful and serene beaches along the Maharashtra-Gujrat border. The travel circuit was as following :
Mumbai->Jawhar->Dabosa Waterfall->Silvassa->Bordi Beach->Mumbai

I along with two of my friends decided to embark on the journey on a beautiful Saturday morning. Since Mumbai experiences long monsoon so it was already drizzling when we started around 6am. We had already hired a cab for the entire day from the local cab service provider . After 3.5 hours journey we reached Jawahar. The first thing we visited her is the Jai Vilas Palace.
The Jai Vilas Palace is the most popular historic tourist attraction in Jawhar. This neoclassical style palace was built by Raja Yashwant Rao Mukane. This palace is also known as Raj Bari and used to be a residential palace of the Mukne royal family. Built on a hill top, this palace is a master piece of architecture with blend of Western and Indian styles of architecture in majestic pink stones. The interiors of this palace display the rich culture and lifestyle of tribal kings of Mukne family.
We parked our car some 500m from the palace on the main road and walked through a foliage of cashew trees in order to reach the entrance of the palace. Although the palace looks quiet good from exterior it is not very well maintained. It mostly stays abandoned except for the occasional film crew. The movie 'Great
Grand Masti' is shot here. We payed the guards some 10-20 INR and he allowed us to take a look inside the palace. The guards were quiet friendly and gave us the brief historical background of this palace. The backyard of the palace has an amazing view of the plains below. We spent most of the time sitting here and admiring the nature.
Our next stop was Dabosa waterfall which was a half an hour drive from the Palace. This is one of the highest waterfalls situated near Mumbai. This waterfalls is located over the Lendi River and cascades down from a height of 300 feet. Dabosa Waterfalls is a beautiful waterfall especially, during the monsoon season. Although the waterfall is visible from the view point we decided to trek down in order to reach the base of the waterfall. It took us almost 10 mins to trek through the broken step. But it was quiet a worthy trek as the waterfront is quiet mesmerizing and spectacular.
Since there were not too many people we spent almost an hour dipping our leg in the water enjoying the nature.
Our next stop was the Madhuban Dam in Silvassa. Silvassa is the administrative headquarter of UT Dadra and Nager Haveli. After a drive of almost 1.5 hours we reached Madhuban Dam. Madhuban Dam is located approximately 40 km on the downstream of the river Damini Ganga. U can bask in the mesmerizing view from the view point itself since going near the dam is strictly prohibited. For maintenance purpose the Varsona Lion Safari was closed so we had to skip that plan. Since it was already afternoon and we were quiet hungry we decided to gorge on some authentic gujrati food.
After lunch we decided to proceed on our return circuit to Mumbai via the coastal route. The next stop was The Bordi Beach near the Maharashtra-Gujrat border. It's almost 45km drive from Silvassa. This beach is one of a kind. It's not crowded like Juhu or Chowpatty and it's quiet clean. Not to many people flocks around here. The beach is quiet far stretched and this makes it amazingly good for long walk. We spent some peaceful time watching the sunset over the sea and clicking some amazing pictures.
Since it was already getting dark we embarked on returning back to Mumbai. It was a 150 km drive and would take approximately 3.5hrs to reach which oviusly included the small tea breaks in the road side tapri. We travelled almost 415km that day and it was quiet a fulfilling experience. In this trip we covered a palace, a waterfall, a dam and even the beach.
Am always on a lookout for this kind of weekend trip which is fun and interesting at the same time. 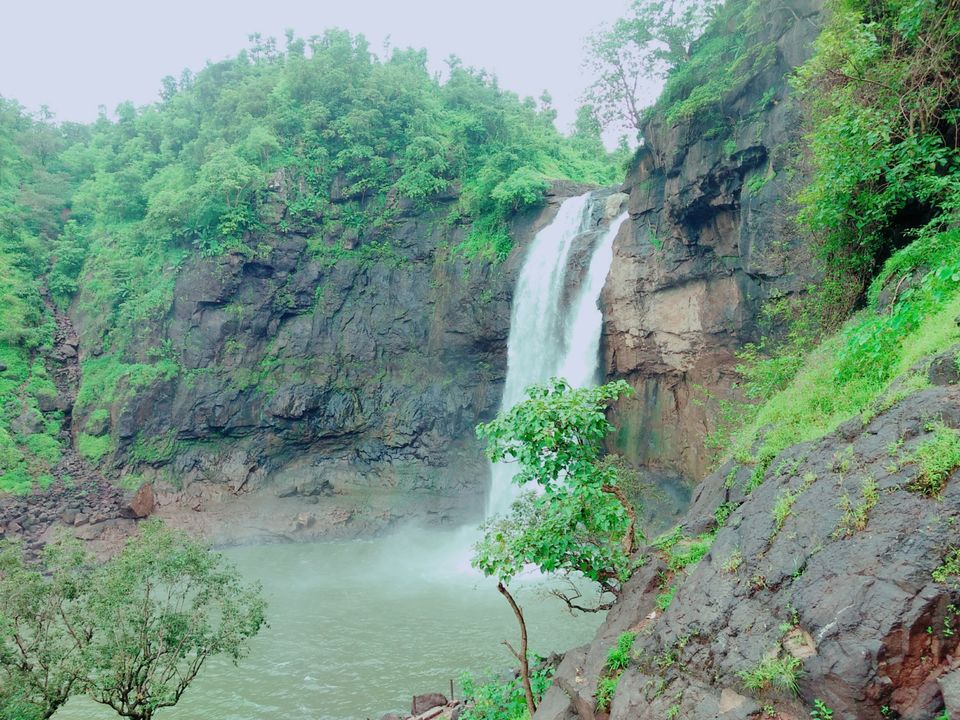 Madhuban Dam from the view point 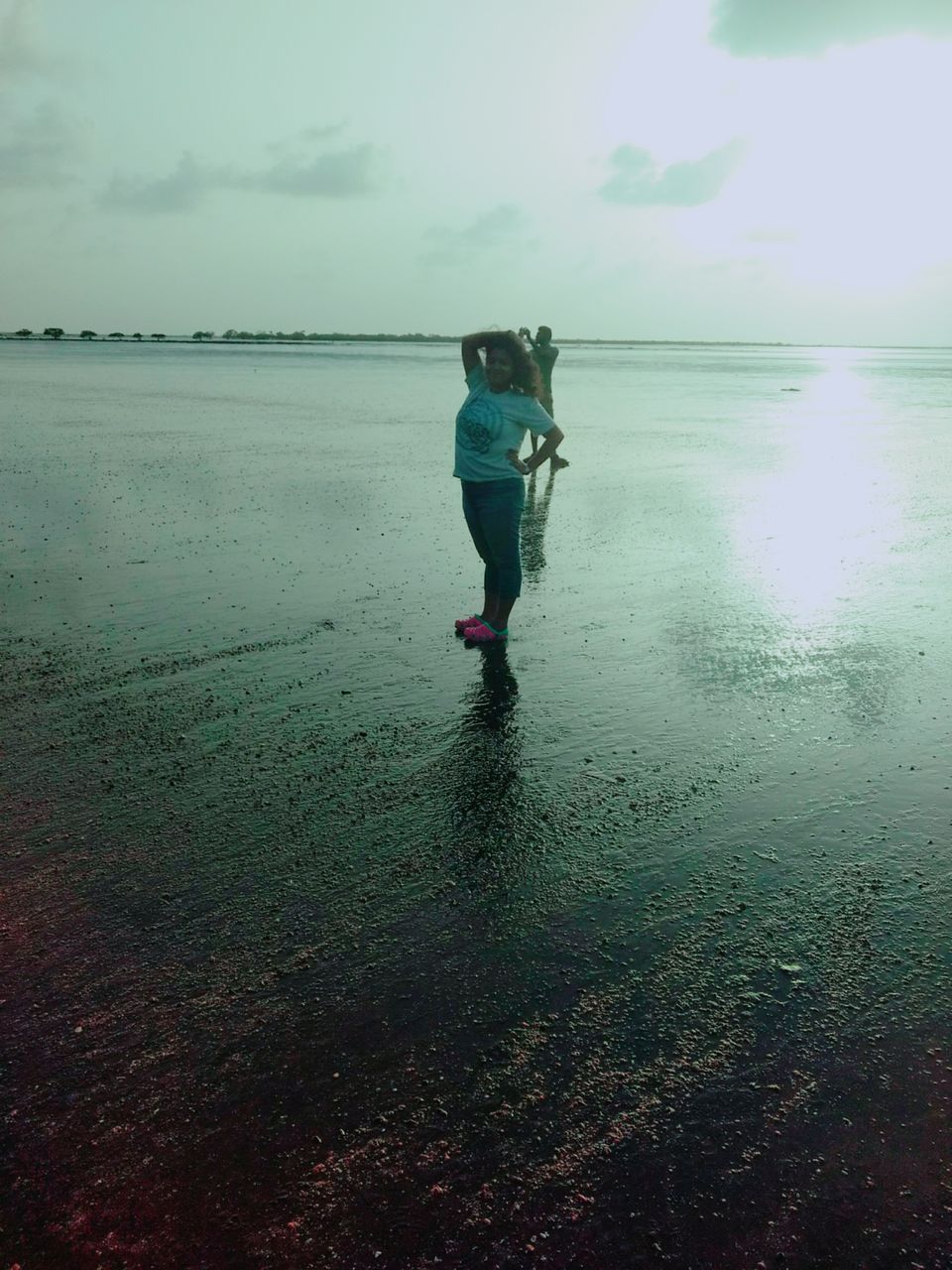 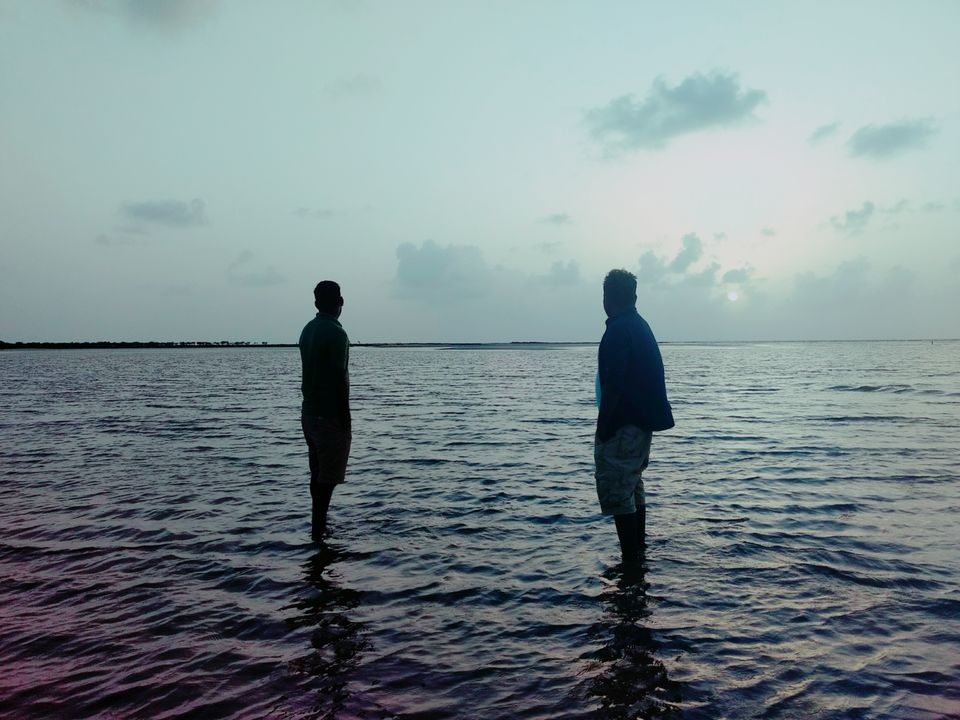 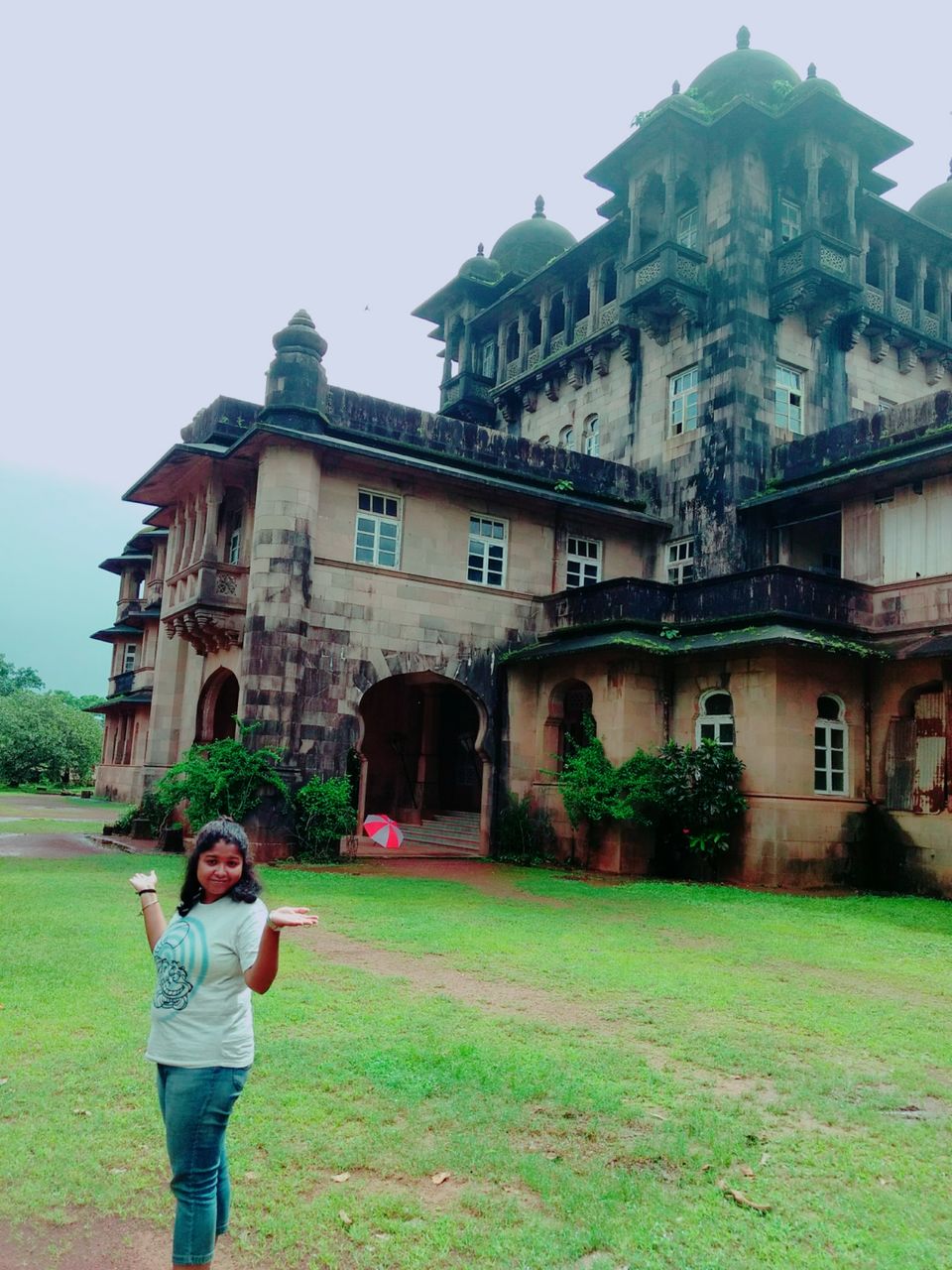 The steps that lead to the waterfront of the Dabosa Waterfall 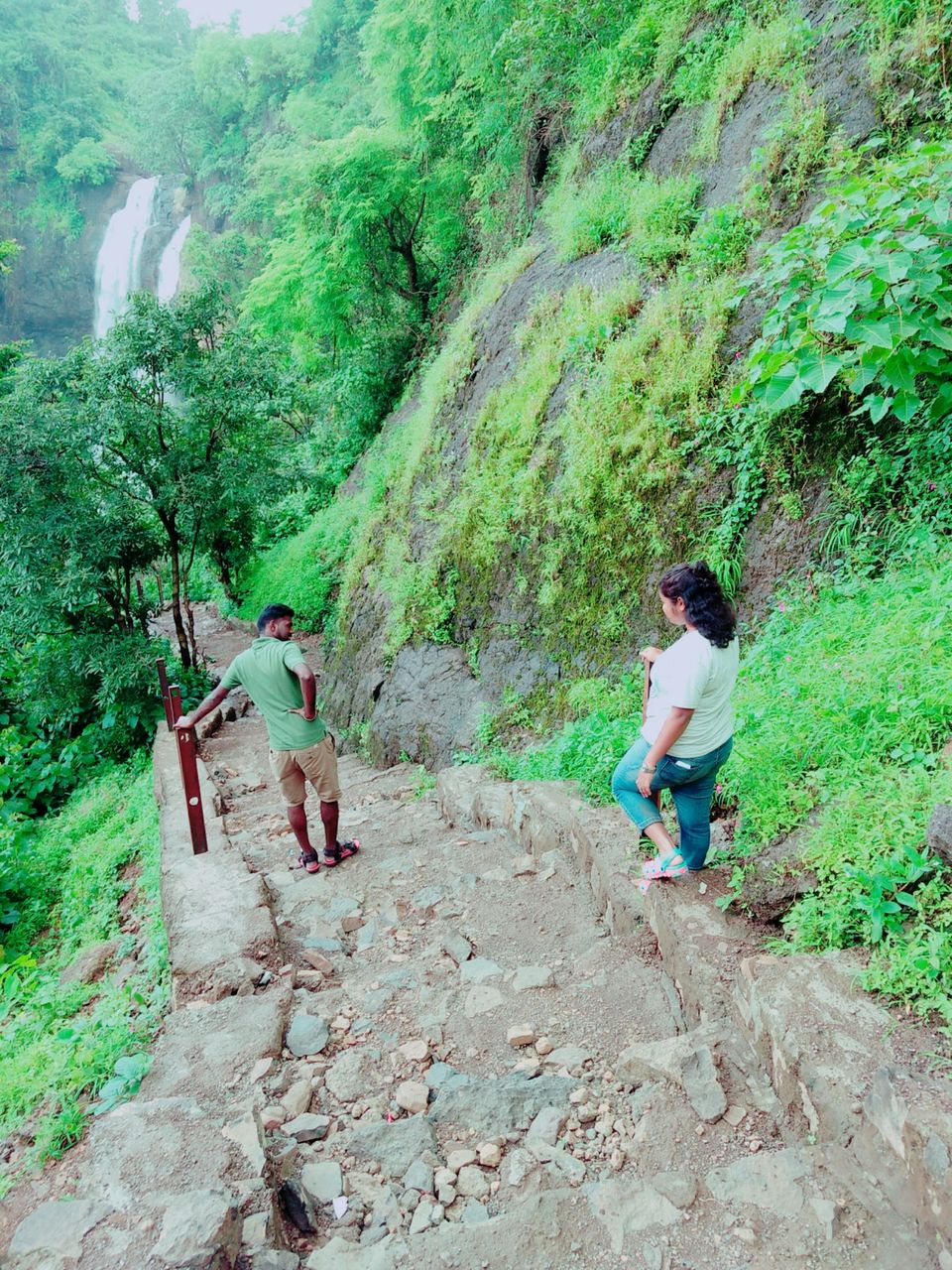 Dabosa Waterfall from the view point 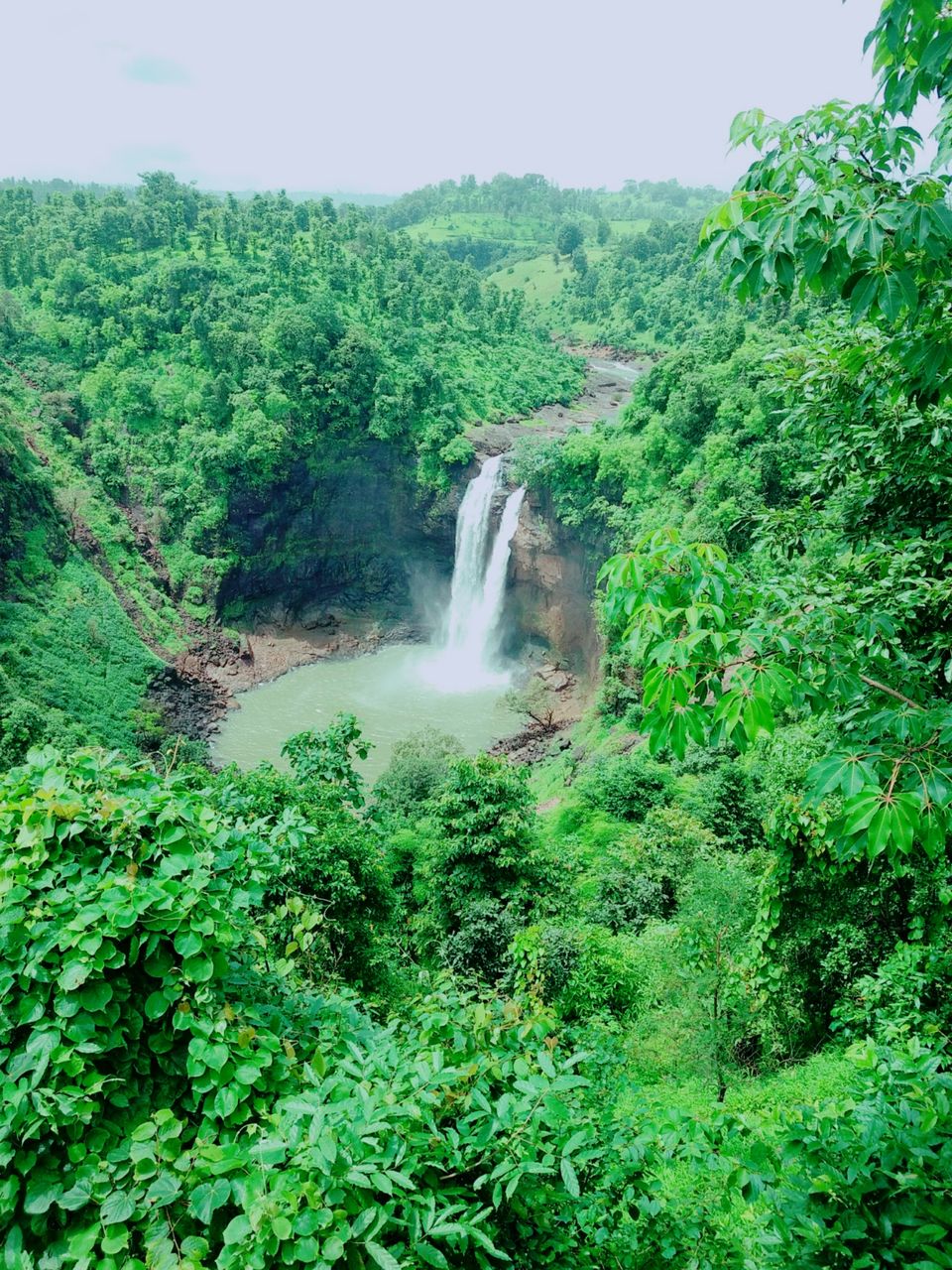 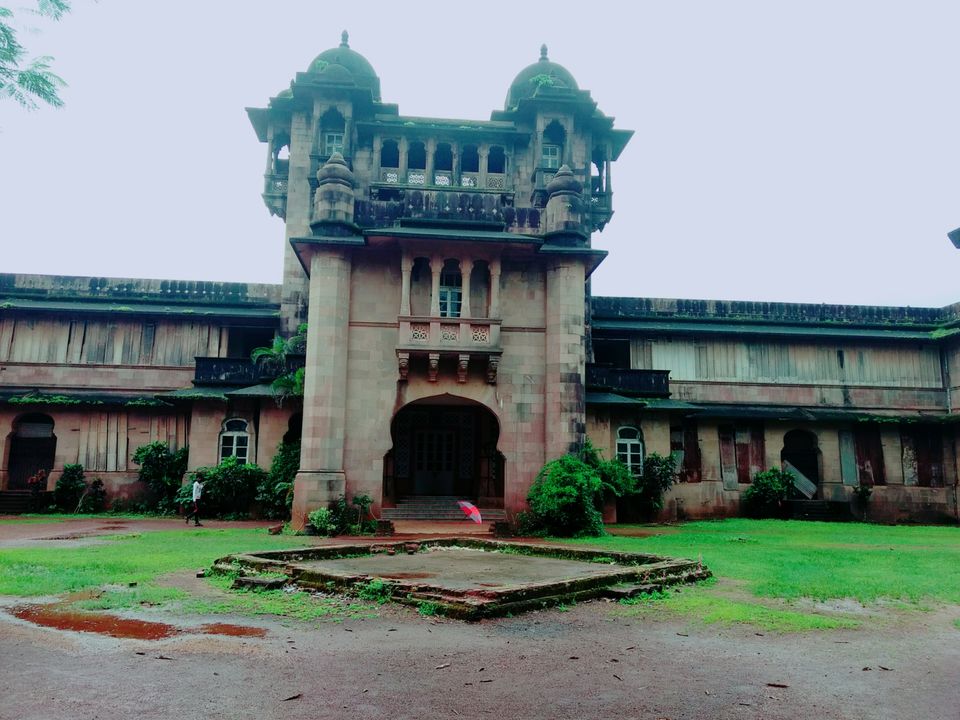 The view of the green plain from the backyard of the Jai Vilas Palace, Jawhar 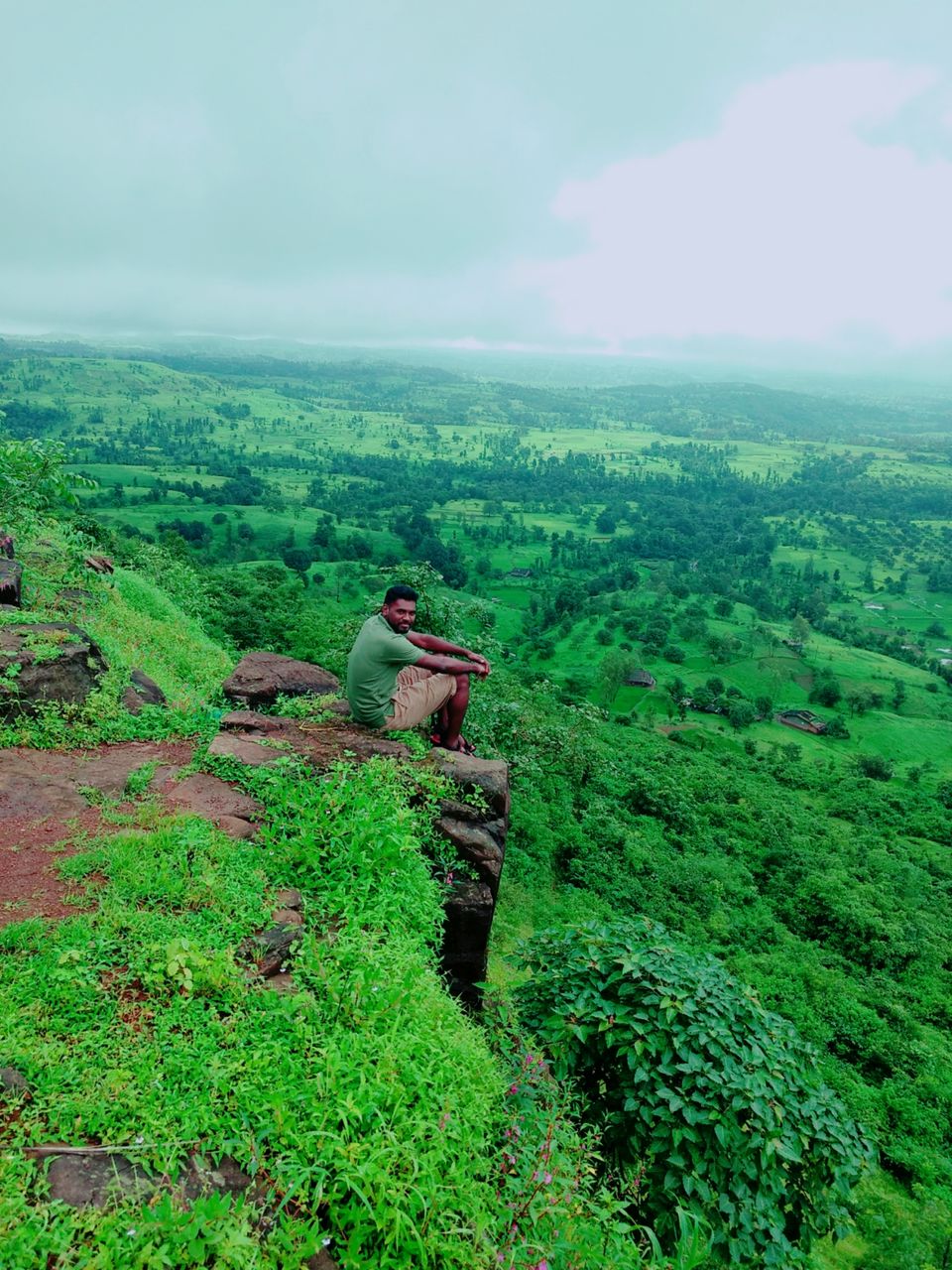 The amazing waterfront of the Dabosa Waterfall 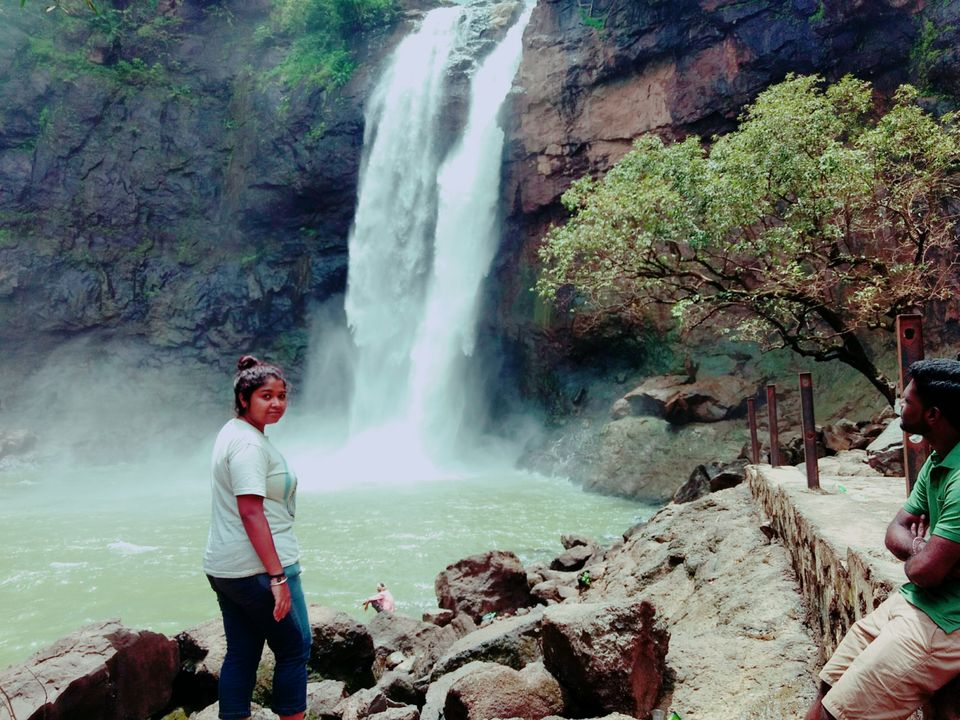