Half a day at Somnath..! 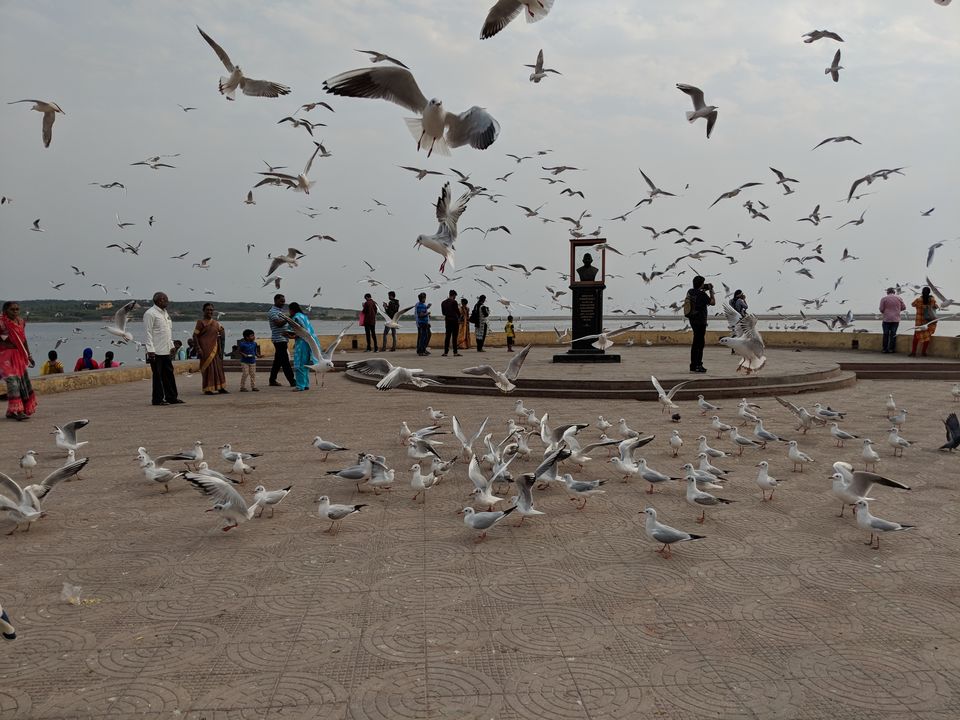 We took a short trip to the Coastal cities of Gujarat in the March of 2018. We drove through Dwarka, Porbander, Somnath, Diu and Gir National Park. (Find our blog on Dwarka here). Day 2 of the trip took is to the coastal town of Somnath.

Somnath is a small coastal town which thrives mostly on fishery and tourism. A peculiar smell follows you everywhere across the town. The town is very famous for the first of the twelve Jyotirlings of Lord Shiva, which goes by the same name.

We checked into Maheshwari Bhawan, an accommodation provided by Shree Somnath Trust (temple trust). The Bhawan complex houses a veg restaurant, a nationalised bank, few stores and few ATMs. The tariff was 1200/- for a spacious twin bedroom with AC and hot water. It also had a TV and a work table. Tea was available at the bhojanalay. We had some tea, freshened up and left for sightseeing.

Bhalkatirth Temple is dedicated to Lord Krishna, depicting the time of His Swadham. A beautiful and peaceful mandir, it had a beautiful garden around it as well.

Next we went to where the five Shivlings were made amidst the sea.

Golok Dham: There were several temples in the vicinity of this place which includes Gita Mandir (dedicated to The Bhagvad Gita), Balram Mandir and the place where Shri Krishna attained Swadham. It also gives a beautiful view of the river Hiranya.

Triveni Sangam where the three rivers, Hirana, Kapila (lupt/hidden) and Saraswati (this river is hidden everywhere else but shows up just at this place). Watch sunset here, it is indeed beautiful.

Near Triveni Sangam is the beautiful Kali Temple which also is a Shaktipeeth. It is dedicated to the stomach of Devi Sati. The entire atmoshphere of the temple is electric. We reached here during the evening aarti and the drum beats with the entire atmosphere gave us goose bumps. A sight one must experience for sure.

Our last stop for the day was The Somnath Temple. It is one of the twelve Jyotirlingas and is also known to be the first among them. This temple was made and destroyed and then remade numerous times in history, the present one being built in 1951.

The surroundings are beautiful and very well maintained. It’s a magnificent temple with the Garbhagriha and main temple doors made entirely of gold. You aint allowed inside the garbhagriha but you can perform the puja from the outside. You first have to pay for the puja you choose to perform at the entrance of the main temple. They give you a receipt which you show to the pujari and he gives u the required samagri. There are certain holes which leads to the main shrine through pipes. You put the samagri in one such hole and see it gushing on the idol. Sit for some time once you are done with the puja. The entire environment is mesmerising. Add to it the fact that the entire hall is centrally airconditioned to beat the heat.

They organise a light and sound show which leads us through the history of the temple. It’s worth a watch. They have an open amphitheatre just next to the sea. The constant gushing of the sea and a mild breeze give the entire set up a beautiful and mesmerising feel. You could spend hours sitting here pondering on the marvellous architecture, about life or just meditating.

Once we had our fair share of the temple we left to get our electronics back (Did I mention electronics are not allowed in the temple premise?). You get nice bhel puri and chaat near the electronics counter.

This was our half a day in the pretty little town of Somnath. Read about the entire trip here.