Attempting the African Safari on wheels

The only man I envy is the man who has not yet been to Africa….for he has so much to look forward to

I gifted myself a holiday in South Africa for celebrating my 40th Birthday and let me confess that it was one of the smartest decisions of my life!

The first thing I did was find me a reliable travel solution partner in Adventures Overland (a self drive tour company based in Gurgaon) who came highly recommended and was a one stop solution for all my travel dreams!

Reaching the heart of Africa, Johannesburg

My South African Safari started with a direct flight from Delhi to the vibrant heart of South Africa, Johannesburg, popularly called Jozi or Jo’burg. The flight was a long one but as soon as I landed I instantly felt the energy and exuberance of the city. I was charged up and did not want to waste a minute exploring this Africa’s most visited city!!

Johannesburg is a historical city with some legendary stories of a gold rush town when it was known as Egoli (place of gold) in Zulu. It was where people like Mahatma Gandhi & Nelson Mandela went to make a name for themselves!! There was so much to see here and so little time. I decided to start like a regular tourist with a city tour on the big double decker red buses (just like London) here, which gave me complete freedom to explore at my own pace!

The spots that stood out for me were the Constitution Hill & Apartheid Museum, which give a chilling insight into the journey of the city from oppression to democracy. I also took a ride down the newly constructed and breathtaking Nelson Mandela Bridge. As I stood on top of the 50th floor of Carlton tower, the tallest skyscraper of Africa the view was electric and the city was all I had imagined and more!

Being a Delhite I have Road Trips in my DNA. Back home we would just hop into our car and drive off for miles to reach a new state with its own language and culture. Here too, with he help of Adventures Overland who very efficiently helped me rent a SUV enabling me to drive to the nearby destinations independently. I switched on my GPS and felt every bit the modern Indian woman as I took charge of the wheels and started the 200 Km drive to the exuberant yet magnificent luxury resort and casino, Sun City! The visionary entrepreneur Sol Kerzer in Africa’s version of Vegas conceived it and it does not disappoint. Filled with gilded statues of lions and monkeys, acres of artificial beaches, slot machines and what not, the resort is loud and gaudy (just like home) and a lot of fun. The entrance fee was well priced, covering the main attractions and there were countless activities on offer for a min charge. It was a perfect oasis in the middle of all the wilderness that makes Africa so unique.

I was feeling very confident and proud of my road-tripping feat in Sun City. Like a new gambler I decided not break the winning streak and continue with the self-drive formula. Feeling like Indiana Jones, I took charge of the wheels and started the 400 Km drive to Kruger National Park, and boy did I hit the Jackpot! As I left the city behind and entered Witbank It felt like another planet. I reached Nelspruit and finally White River in 5 hours flat cruising along the highway with stunning views of mountains and lush green forests for company.

The Kruger National Park is to Safaris what Mt Everest is to climbers! It is the largest game reserve in South Africa and one of the world’s biggest wildlife sanctuaries. Approximately the same size as Israel or Wales, it covers 20,720 square kilometers. Wildlife enthusiasts come here to look for the Big 5 and Africa seduces them for life. I chose to go with expert game rangers in open topped 4X4 and was totally thrilled by the experience. The trackers sit bravely on special tracking seats positioned on the bonnet (hood) of the vehicle, their sharp eyes taking in the invisible signs left behind by the elusive wildlife. We were within feet of Africa’s most deadly and enormous animals. Herds of elephants, buffalo and the majestic lions! I can even boast of being a braveheart as I went for a walking safari with an armed ranger and felt closer to nature than ever before. Massive canyons, river gorges and sensational views of waterfalls in Blyde River Canyon were what I was rewarded with! Africa was offerring with open arms and I was receiving it with all humility!

Still hung-over with my Safari Sojourn I took a flight out to the mother city of Cape Town. As soon as I landed I could smell the ocean in the gentle breeze and could not wait to let my hair down. I had 72 hours in hand and the minutes were ticking away fast! After checking in at the hotel I took a taxi and headed straight to the longest beach at Clifton. After securing a sun lounger I flopped myself on it and treated myself to Ice chilled drinks being served right at the beach! The ocean view was sublime, the water was chilly( comes straight from the Atlantic) and the crowd in a frenzy. Cape Town was fast moving high up on my most favorite holiday spots to visit.

This sunny coastal city is surrounded with vineyards with Cape Winelands producing some of the best wines in the world. The city charms you with its vibrant ambience, sunny weather, cultural diversity and topping it all is the rainbow cuisine that is an amalgamation of African, Cape Malay, Indian and Portuguese influences served with perfectly blended wines.

I still had 48 hours in hand and decided to take the famous Table Mountain Aerial Cableway Ride to its namesake flat plateau, Table Mountain that is South Africa’s most notable geographic landmark. The cableway takes you up in just 5 minutes. From the top the view of Cape Town in all its glory was just stunning! Once there just enjoy the view and the various cafes at your disposal.

Next on my itinerary was the Robben Island Museum where former president Nelson Mandela spent 18 of his 27 years of imprisonment for his struggle against apartheid. I took a ferry to the World Heritage site from a waterfront terminal and was taken to what was the island’s maximum-security prison, where the great leader was kept. It was a very humbling experience to learn how atrocious one man can be and how tolerant another.

The island has other surprises on hold for me, as it is also home to the African penguin and herds of Springbok, South Africa’s beloved national mascot. The question that instantly comes to mind is that what are Penguins doing in Africa? Scientists believe that penguins evolved in the tropics and are not the quintessential cold climate sea bird, as we have come to believe. Will wonders ever cease!!

Thanks to Adventures Overland I managed to rent a SUV and put my driving skills to test, again! How can one visit South Africa and not discover the African treasures on the famous garden route? I took charge of the wheels and began the drive from Cape Town to Outdshoorn, the ostrich capital of the world! The coastal drive was like breathing in Romance from some Yash Chopra movie, dotted with mesmerising beaches, picturesque lakes & lagoons , it was a soul stirring road trip! Once in Outdshoorn, I did what any seasoned traveller would and tried the Ostrich meat while taking an Ostrich ride in one of the show farms (the ride was better). The city itself is a outdoor haven (like its name) for adventure enthusiasts but I had bigger plans. After spending a night here I said Sala Kahle (goodbye) to my Zulu hosts and started on the last leg of my journey to reach the forested town of Knysna. Africa came all out to seduce (I was already stricken) in Knysna with its elephant parks, thick wilderness, Dolphin & whale spotting on this endless buffet of adventure.

Like all good things must come to an end, eventually my African Safari was also at its final leg but the next experience awaits! It was time to say thank you to my Zulu hosts while Adventures Overland took care of all the logistics. I was left free to dream of all my adventures in Africa in my long flight back to home from Cape Town. 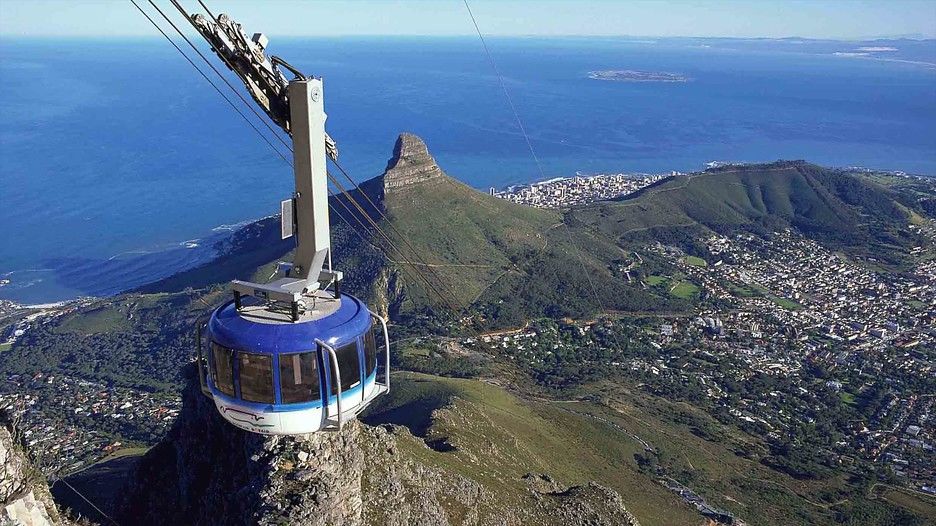 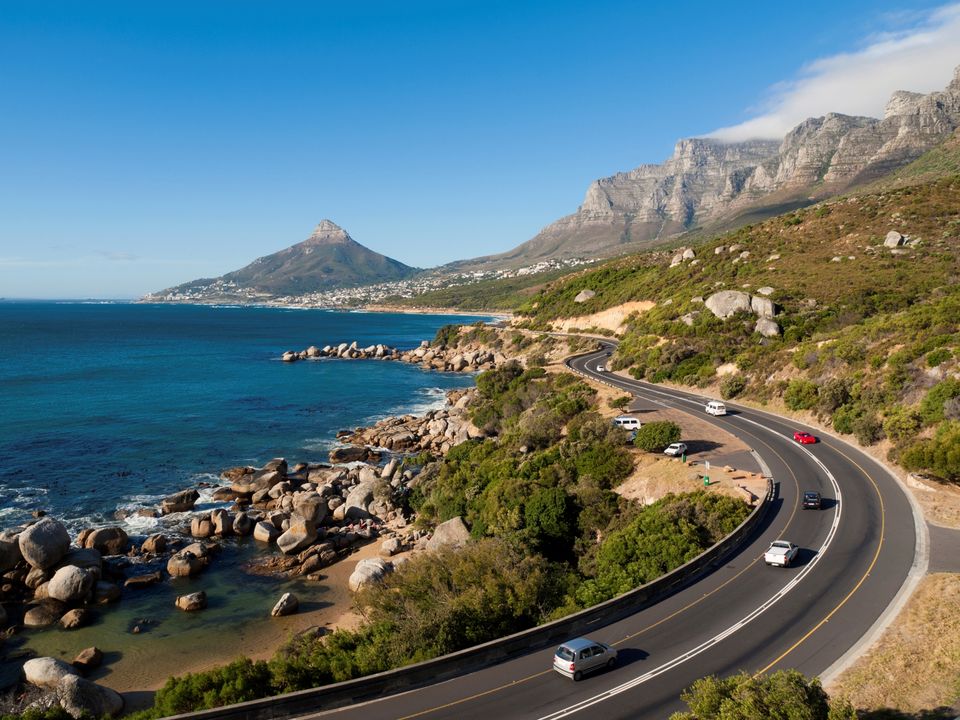 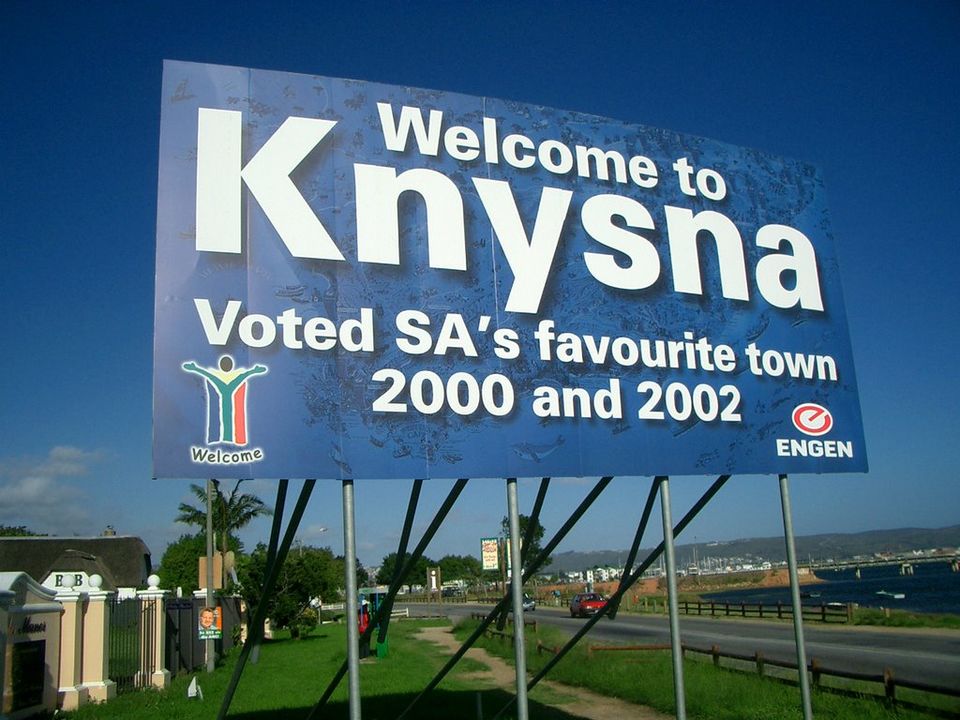 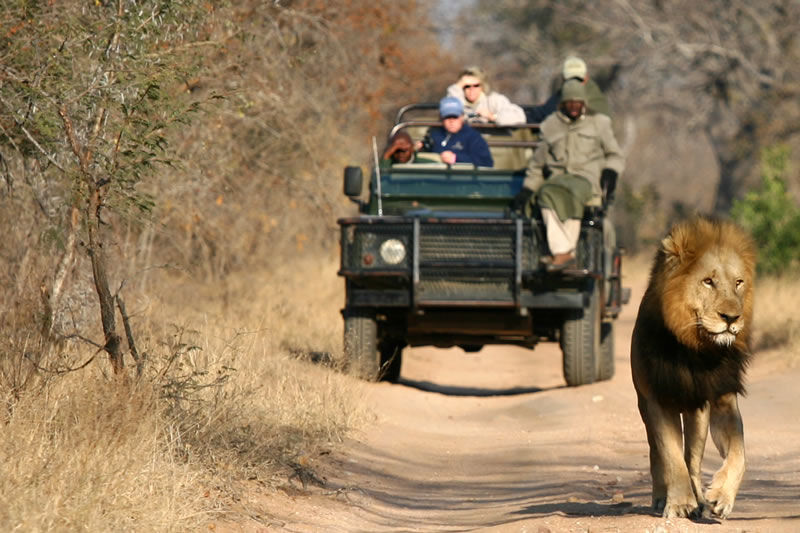