Bigger The Better: Travelling To South Africa For A Wild Family Vacation

If you’re trying to fit in an extra-large family holiday into one neat itinerary, South Africa is your best bet this summer. Jaw-dropping landscapes stretch for miles; aerial, aquatic, and terrestrial eco-systems flourish unlike anywhere else; timeless treasures galivant between the historic and the pre-historic times. South Africa is a modern country with extraordinary inklings to the past and strikes a different chord with each member of the family. 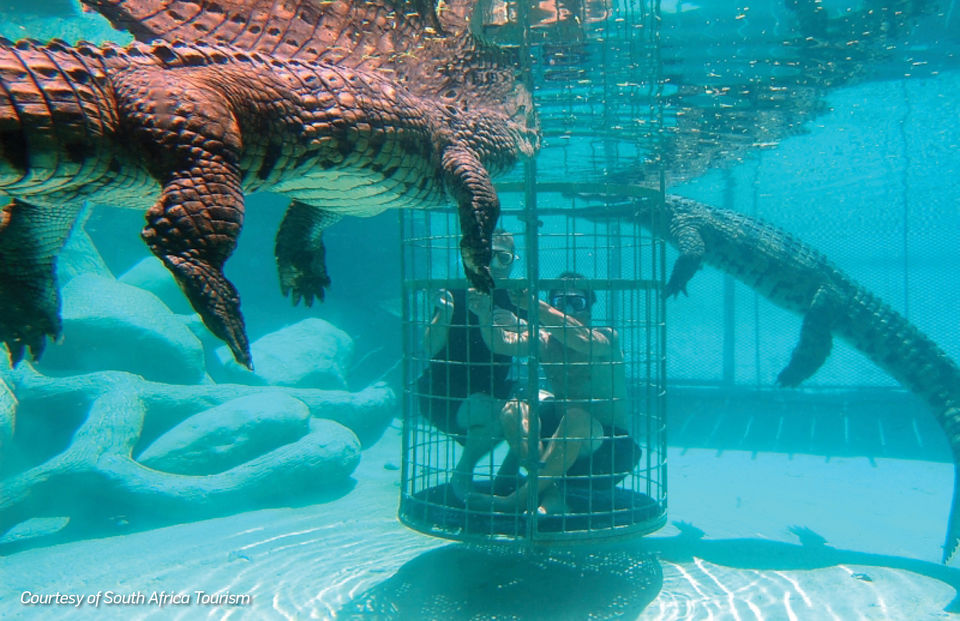 The tip of the African continent has always been in spotlight for offering close encounters with wildlife. After the Big 5, visit some friendly animals near the coast. Charter a boat with Drumbeat Charters Hout Bay to take a tour of Seal Coast and catch plump fur seals napping on the coastline. Between June and December, a crew of scientists and conservationists at Dyer Island Cruises take you whale-watching near Cape Town; you can rent a car and drive to Boulder’s Beach and visit wobbly African penguins too. At the Safari Ostrich Park, let the flightless birds take you on a fun ride through the park; discover 90 species of animals at Cango Wildlife Ranch where an unmatched experience awaits—dive tandem below the water surface in a croc cage and watch the reptiles swim in close quarters. 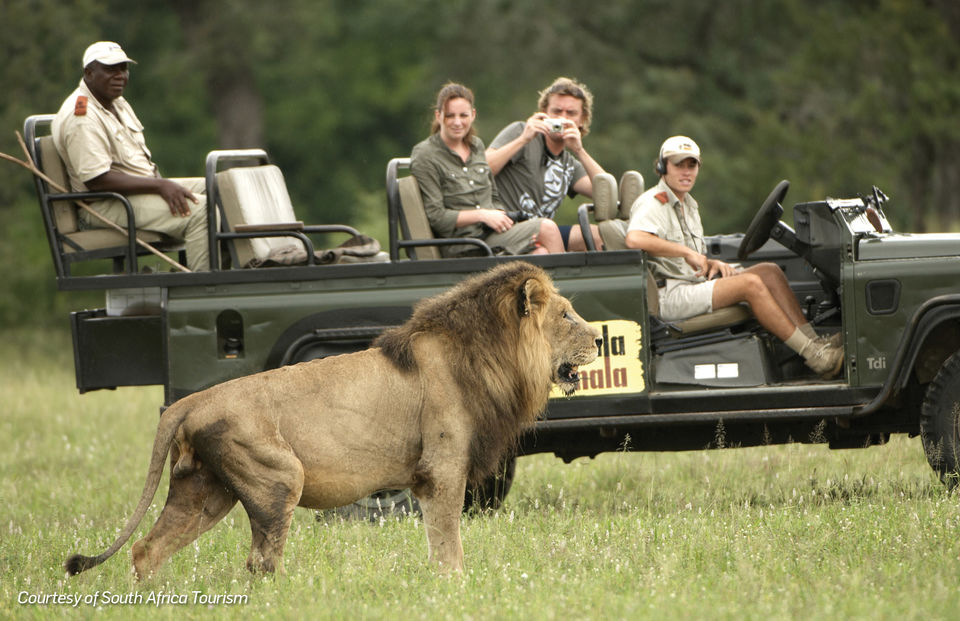 One of the most fascinating destinations for archeologygeeks is the Cradle of Humankind. This UNESCO World Heritage Site opens you up to the fossil remains of early man (Hominids) and stone tools made by them in the sites of Sterkfontein, Swartkrans, Kromdraai, and Environs. From the laps of science, move into the arms of history as you trace the fight against one of the greatest battles of our time with a trip to Robben island. This is where political leader Nelson Mandela spent 18 years in prison. Next, follow the footsteps of Mahatma Gandhi with a visit to landmarks such as the Pietermaritzburg Station, the Phoenix Settlement, the Satyagraha House and Museum, and the Hamidia Mosque. 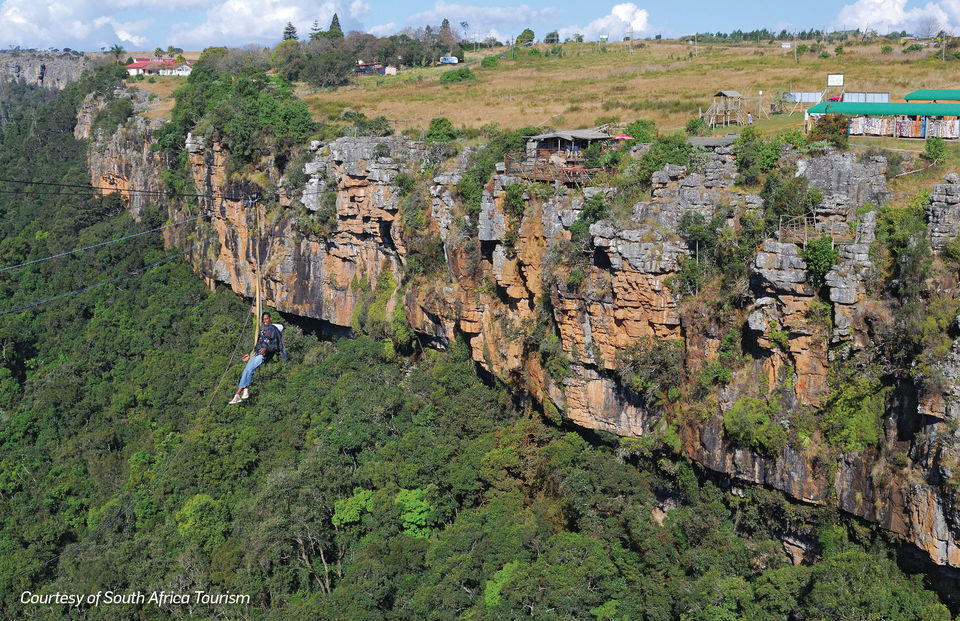 If you’re seeking some thrill in the gorgeous African landscape, you need only ask. Get a surfi ng lesson on the solitary beaches of Port Elizabeth with Learn 2 Surf; zip line above the gorgeous landscape of Mpumalanga with Zipline Mpumalanga; go off the grid on a quad-bike with All Out Adventures in KwaZulu Natal. Durban is a great family destination with world-class integrated resorts like uShaka Marine World that offers interactive gaming, fine dining, and international brands for shopping. 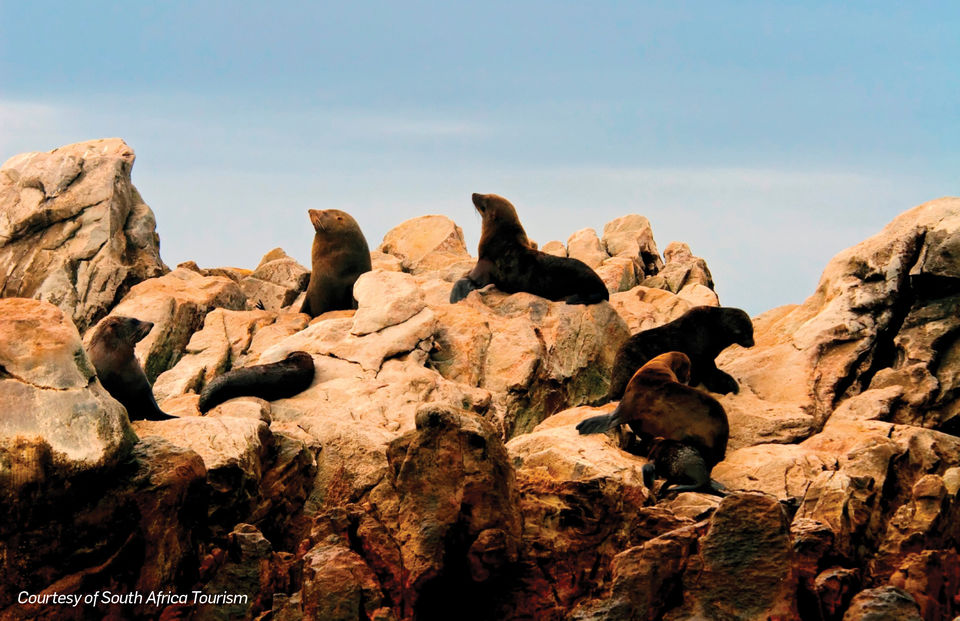