The mountains have a voice. Sometimes I can hear them calling me. 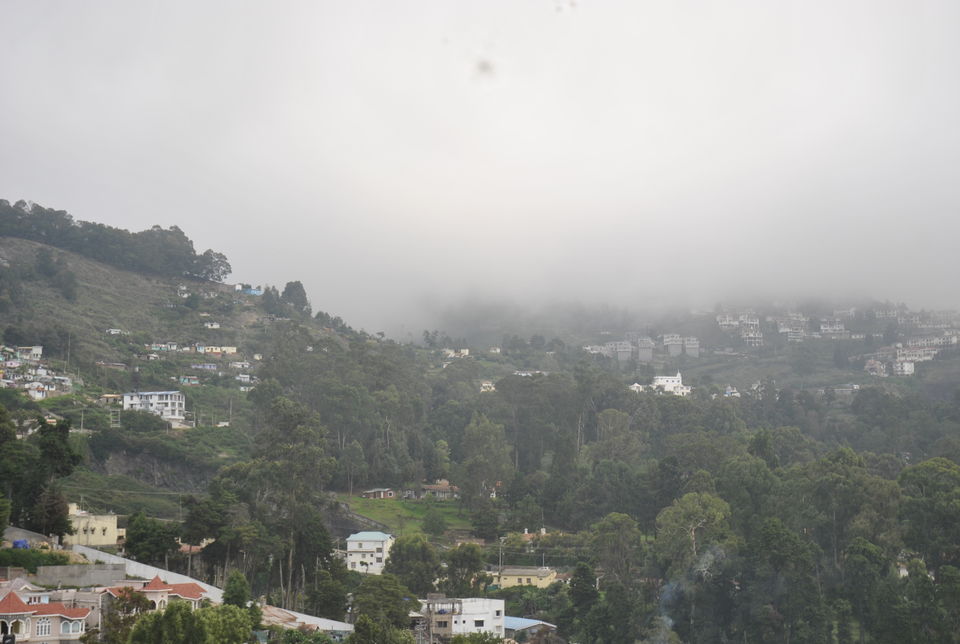 The mountains have a voice

Sometimes I can hear them calling me.

To respond to the call is a choice,

I can't resist when they call for me.

Nestled amidst the the misty mountains in Tamil Nadu, Kodaikanal is one of the best places to visit in the Southern part of India. Before deciding to go for a trip to this hill station, I had only heard stories about it. “Kodai is a place like no other. If you liked Ooty then you will love Kodai,” my colleagues would often say. So, what did I do? The only thing I could, took a week’s vacation from office and set out to explore this town locked away amidst the mountains.

While wondering how to get there, I brainstormed on quite a few options, but the one which stood out for me was a train. Train journeys are always fun, especially if you are lucky enough to get a lower berth seat. Of course there is one downside, trains are usually overcrowded. Being in a crowded places can be overwhelming, but hey you can't grow without facing your fear. So on January 29th of 2018, I set out on a train bound for Kodaikanal road. The tickets are cheap, you can easily book a seat for INR 150.

I boarded the train at 8:00 PM IST from South Bangalore City Railway Station. The journey was about 10 hours long and I reached Kodaikanal Road at 6:00 AM IST in the morning. This is when I realized that my journey had just begun because I still had to board a bus or get into another vehicle to get to Kodaikanal city. There were many options to get there; reservation vehicles, buses, and taxis. The buses were available from 9:00 AM IST in the morning and the reserved vehicles were available immediately. Since, I was travelling alone I decided to wait for the buses. So, I went to one of the nearby eateries and had breakfast there. It was a small eatery that served South Indian cuisines and they did not disappoint. In fact, I have been living in Bangalore for the past three years and I never had Anna Sambar (Rice Sambar) as delicious as the one I had in that eatery. After breakfast, I took some rest, strolled around and waited till it was 9:00 AM.

At 9:00 AM IST, I boarded the bus to Kodaikanal city. To my surprise there weren't too many people in the bus. Most of the people had availed the reservation vehicles. “Oh well, it works for me,” I thought as I sat down near one of the windows. After about 15 minutes the bus started its journey to Kodaikanal city.

En route, I was awestruck with the scenery that I was getting to marvel. It reminded me so much of Assam. Being born and brought up in the land of blue hills, the view in front of me was nostalgic. I was so lost in reminiscing my childhood that I didn't even realize when I reached Kodaikanal city. No, the journey wasn't short. In fact, it was 12:00 PM IST when I reached the town. So, without wasting any time I decided to scout around the town. What was I looking for? From a tangible point of view, nothing but from non-tangible point of view, information and experience.

The call shatters through time and space

I can't resist such a roar.

You see time and again in my case,

I always end up asking for more.

Walking Through the City

One of the first places for me to visit was the Kodaikanal Lake. Located at the heart of the city, the lake had always been one of the greatest attractions of the city. I could see people boating on the lake while some were waiting on the side for their turn. I walked on the bridge over the lake and made my way to the Bazaar Road.

For people who fancy antiques, Bazaar Road’s market was a heaven. However, for someone the place had another value. I was getting to observe the place, the people and all of it without really getting involved. I watched as the busy marketplace was bustling with people from all over the world. Then something caught my eye; through an alley inside the market I made my to way to find a chocolate shop. Kodaikanal had its own chocolate factory and there were many shops here that would sell these chocolates. The moment I saw them, I knew I had to buy a few of them and that is exactly what I did. After exiting the shop, I went to one of the nearby restaurants to have lunch. Kodaikanal city has a plethora of restaurants and small eateries nearby. Unlike that of Kodaikanal Road, the city had options of both South Indian as well as North Indian cuisines. I still fondly remember the taste of ghee rice and butter chicken, I had that day.

Kodaikanal is a big place and it wasn't possible to explore the entire city in one day. While having lunch, this thought crossed my mind a couple of times. So, after having lunch I decided to go look for a place to stay. The city was packed with tourists and most of the places were already booked. I looked around thinking what I should do, that is when I met two familiar faces; Aminul Islam and Tanmoy Gupta. They were my friends since the college days and although not very expressive, I was nonetheless happy to see them. I greeted them and we decided to hangout over chaa (tea), just like the old times.

We had a long conversation as we were catching up after a very long time.

Aminul: “So, what brings you here?”

Me: “Well, I have heard and read so much about Kodaikanal. So, I thought of exploring this place.”

Tanmoy: “That is great. Hey, where are you staying? If you have not found a place yet then you can tag along with us.”

Aminul: “Yeah, great idea! We got a small shack all to ourselves for rent. It is at the outskirts of this city. You can stay with us, anyway we will be going out to look around the city tomorrow. It is not too far, just about half an hour from here.”

I thought for a while and replied: “Sure, I am in.”

Hence, I tagged along with them and went to the shack they were talking about. It was exactly what they had said. A small shack at the side of a hill near the outskirts of the city. But, the greatest USP of the place was the view of the city that it offered, especially in the evening. I could see the lights glowing near the Kodaikanal Lake as well as the entire city. It was great!

At night we cooked our dinner, Aminul and Tanmoy had bought chicken from the market.

Tanmoy: “Dude, this place is cheap and beautiful.”

Aminul: “If it weren't for my job in Bangalore. I would have loved to stay here. What do you think Tanay?”

I looked around the place and replied: “I agree with you both.”

We had dinner that night then decided to sit outside and continue our adda (conversation/ discussion). Since we all were from Assam, we had a lot to discuss. While gazing upon the city from the hills we had one idea in common. Kodaikanal reminded us how much we missed Assam.

We come from the land of blue hills

Where the red rivers flow.

And the cold winds blow.