Kaas Plateau – The Valley of Flowers

Such a cliche title for the place which is so well known now by everyone around the world as it is one of the UN Heritage sites. This place had been on the check list since forever as the seasons have been getting worse year on year. Had heard that the flowers haven’t bloomed extensively like they used to about 5-10 years back when the internet age hadn’t boomed like the way it has now.

This was a group ride with a few known folks and a bunch new of people. Warnings had already been set into play for the newbies as it was a camping trip for budget travellers. Like always plans from my end only got finalized at the end of the week on a Friday due to work constraints.

This group calls themselves RRC (Risers Riding Club), all that mattered was that they practice safe riding and enjoy traveling in each others company. With group rides there are different set of principles that one rides with as one has to be comfortable with the others’ riding capabilities, mental presence, and road sense & not to forget the food habits.

We set out at a leisure pace in the morning from Panvel at about 8.30-9 AM (Can’t blame the IST – Indian Stretchable time for the delays). 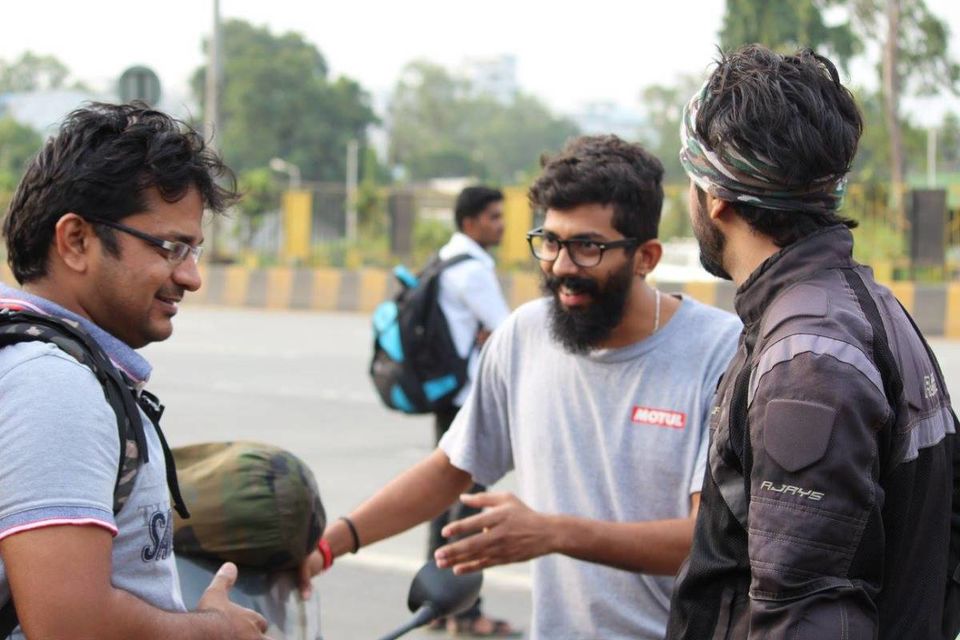 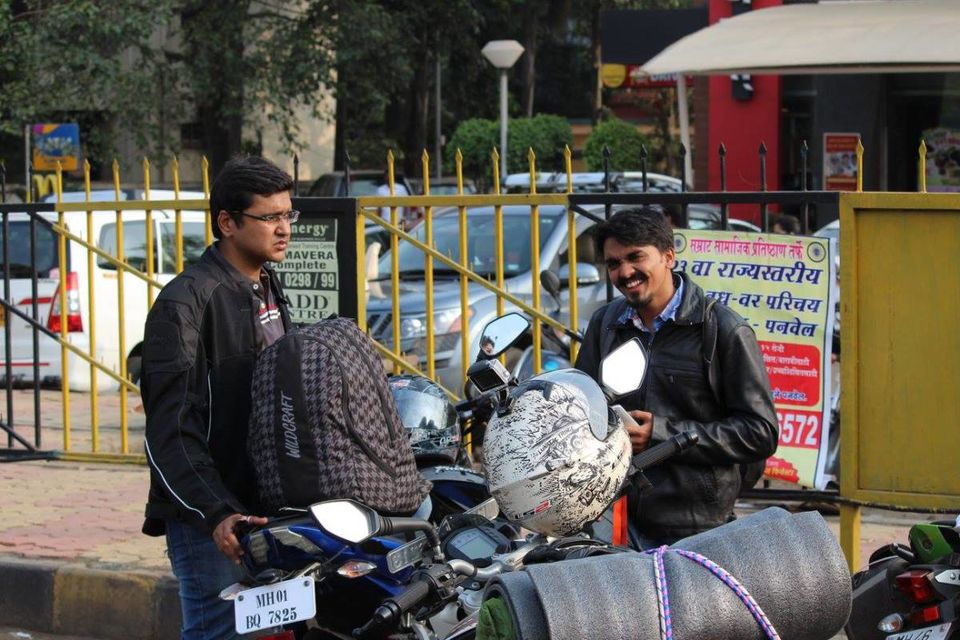 And we are all ready to roll. With a few halts here and there waiting for all the folks to catch up. Next halt is at Kamat – Lonavala for breakfast. 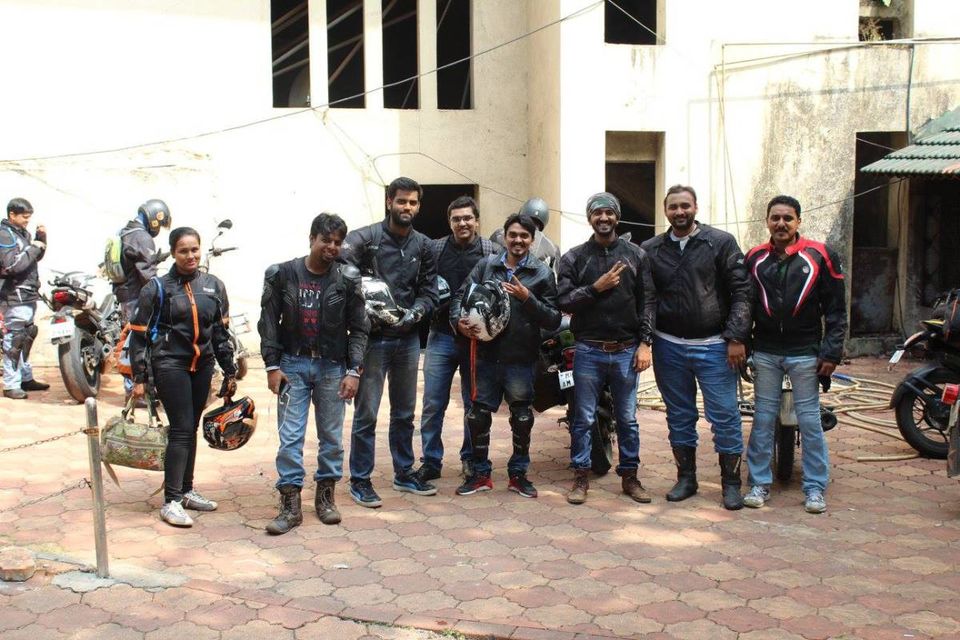 Quickly moving onto crunching more miles and covering the known patches till Pune. Post Pune the roads were unknown which made the riding speed slower and heads kept turning to see the beauty of different landscapes that Maharashtra has to offer.

A few halts for fuel for the dukes and butt & bio breaks for the others. 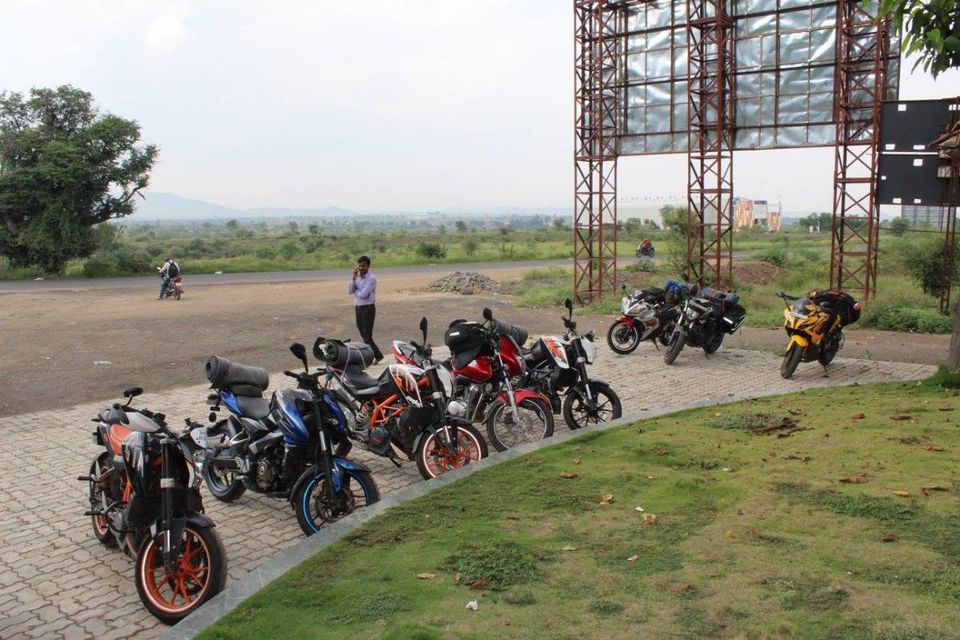 Lunch break at Joshi Vadevale proved to be worth the food plus the scenery.

Getting onto our saddles again to reach Satara and finding the route to Kaas. The roads were brilliant on the ghat section and all of us were simply enjoying the curves while also being vigilant of the oncoming vehicles.

By the time we reached Kaas we had already lost more than half the day, so heading directly to the lake to find a good spot to camp and more importantly find a shack for food. 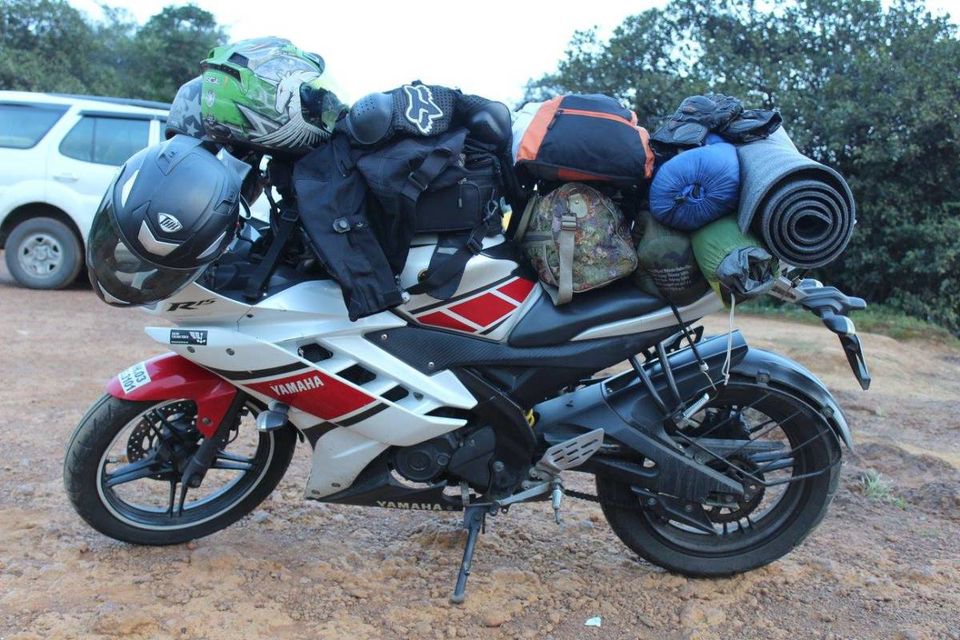 The roads leading at Kaas on the plateau were filled with innumerable vehicles with tourist buses and cars overcrowding the roads. The local ST buses getting jammed due to the small roads and huge tourist buses coming from the opposite end as well. Finally managing to reach the spot, few of us head to sort out the food and the remaining few pitched the tents. While many of the folks were still not letting go of the camera and the beauty around us.

Post 7 PM the whole area got more quiet and we were the only ones camping near the lake.

One of the shacks near the road agreed to give us dinner at 7.30 for which we were really grateful. The food was really good with roti/bhakri and spicy chicken gravy. Now it felt that we really are in the interiors of Maharashtra enjoying some local food. The whole area dint have any mobile network, which was a boon. The feeling of being disconnected to the people you know and also the one’s you don’t. Not being reachable and not wanting to reach out to anyone. Simply to let nature and it’s wonders grow on you. 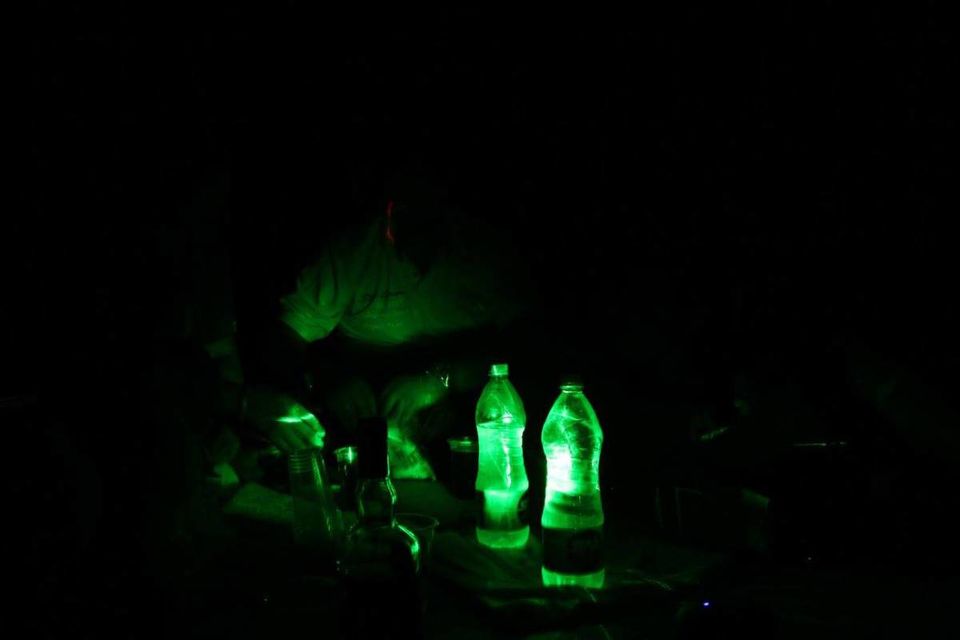 The evening/night started with bakar sessions which group rides are famous for. The amateur photographer in me arose and we started trying out some night photography with light painting using a torch. Long shutter time to capture the stars.

Just some amateur stuff to try out what other professionals can do perfectly while snoring in their sleep. Everyone was feeling cold with the pleasant weather, can’t stop wondering why people weren’t enjoying the weather. Especially after what we get in Bombay all-round the year. 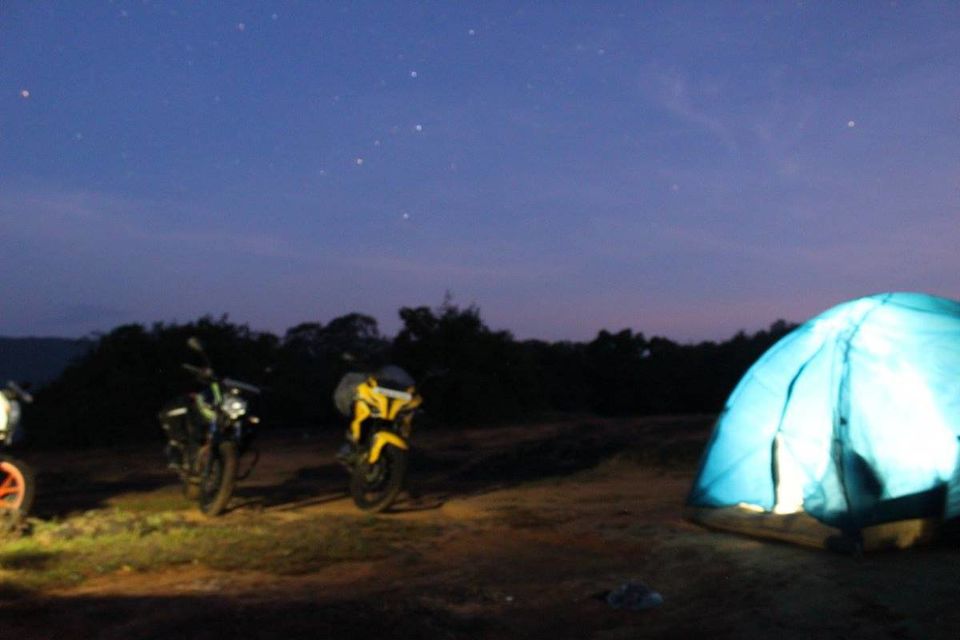 In groups there are always a different set of people you meet.

There might be loads of more set of folks. But it’s just the mix of all that makes the trip memorable. Which is what makes group rides a different experience that everyone should have while also having experiences of solo trips to be able to find oneself and understand one’s own limits.

The night time was a bit problematic due to the drunk locals screaming at the top of their lungs and drinking like there was no tomorrow. Fighting within themselves to eat food and get their friends to make more drinks for them. All of us simply tried to sleep it off while being stark awake, ready to get into a fight with fists and words if any of them tried to fool around. Luckily no such stupid and horrendous fight took place.

Next morning waking up early to capture a few interesting moments and then heading into the water for a dip.

Sadly not everyone shares the same love for water that a few of us did. We almost spent half an hour in the water while there were less tourists around. Our shy sides got the better of us later on, also the fact that we dint possess the bodies of male superstars in the industry.A dip in the natural waters simply refreshes one to forget about the sleep that we have missed on and the tiredness in our bodies.

Freshening up and getting a few more clicks to head for breakfast. The shack had enclosed quite a few birds and had made a huge cage for them. Which lead to an interesting conversation where one of our group folks mentioned that she would love to buy these cute looking creatures and after a few days wouldn’t have the heart to see them enclosed in cages and would set them free in the open. How we wished we could’ve set all those birds free. But then we would’ve had to run for our lives from the locals who would’ve come behind us with stick and stones.

Post breakfast we headed to the valley of flowers which dint hold the endless land of flowers that everyone might have seen in pictures. 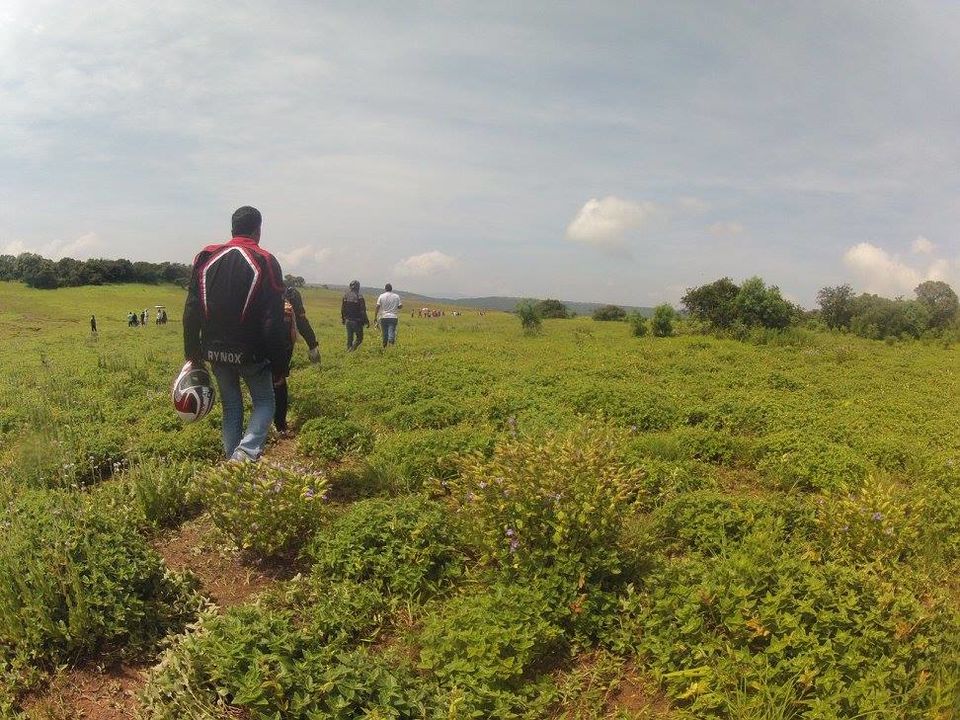 But nonetheless there were quite a few flowers and the greenery was simply enchanting.

The interesting bit about this location was the stare off that happened with a few biker ladies who reached the destination while we were leaving the spot to head back to Bombay. We were checking them out and so were they. Smiles were exchanged. Sadly numbers weren’t.

The journey back is always regretted the most. Every traveler has the wish in their head thinking ‘What if I could stay back for a few more days!’ No one can ever deny having this thought for any location that has put their minds at peace. 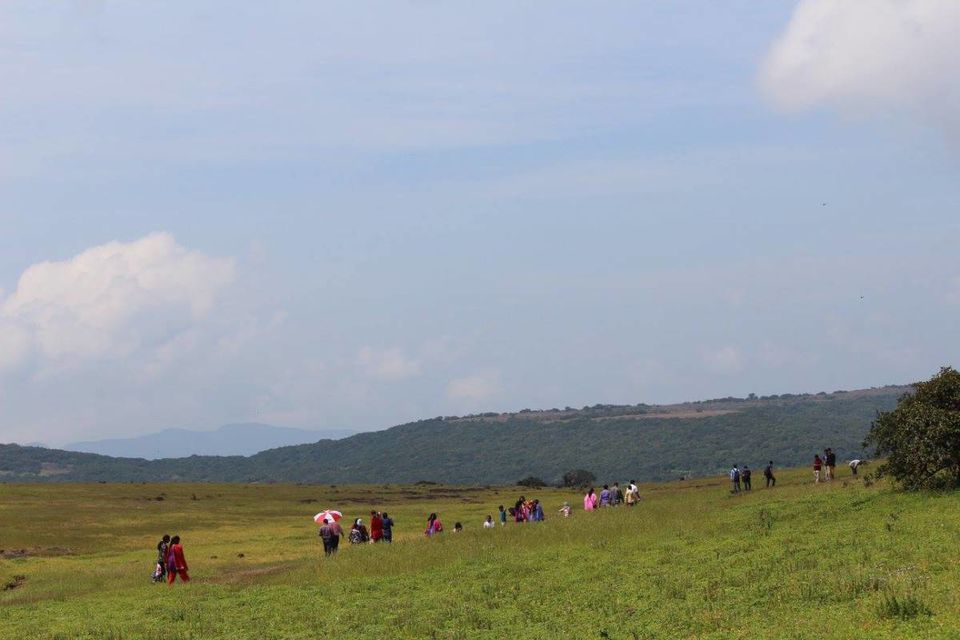