The fascinating Bhutanese culture and the lifestyle of the people is still a matter of intrigue to the outside world. The Bhutanese people are considered to be the happiest in the world. The media never questions this fact and carefully chooses to preserve the mystery and secrets of this country.

My recent trip to Bhutan was essentially a myth busting exercise. Here are some of the deepest secrets of the Himalayan wonderland that the locals would rather keep to themselves.

1. Did you know that in Bhutanese culture people are advised to think about death 5-times a day?

While the thought of death is downright depressing for most of us but for the people of Bhutan, it is this painful realization that makes them seize the moment and see the little joys of life we generally choose to oversee. This traditional practice understood to be at the core of the nation's happiness. 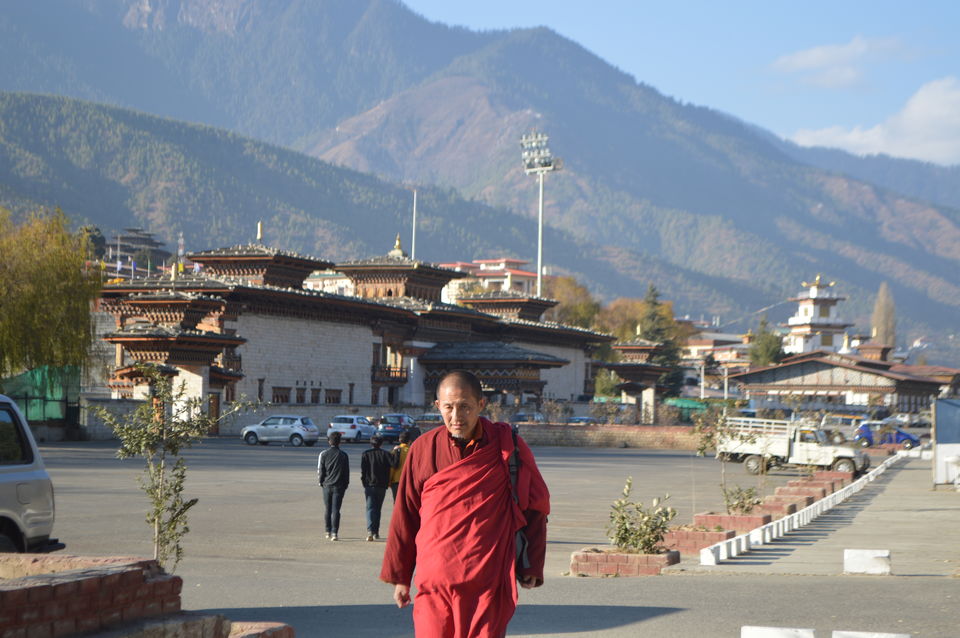 2. The Royal Airlines is called Druk Air. Why Druk?

The local name of Bhutan is Druk Yul and it's the name the Bhutanese love. Druk means 'the dragon' and the name extends from the Drukpa School of Tibetan Buddhism. Bhutan is a name for the outside world, derived from Sanskrit word 'bhotant', which means 'the end of Tibet'. 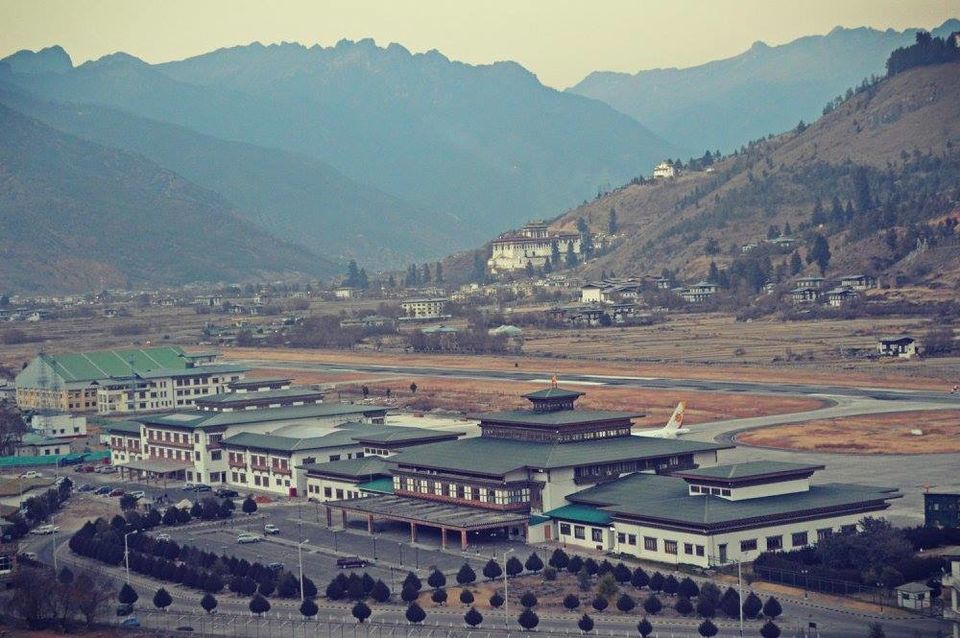 3. A country with a dress code. Intolerance much? 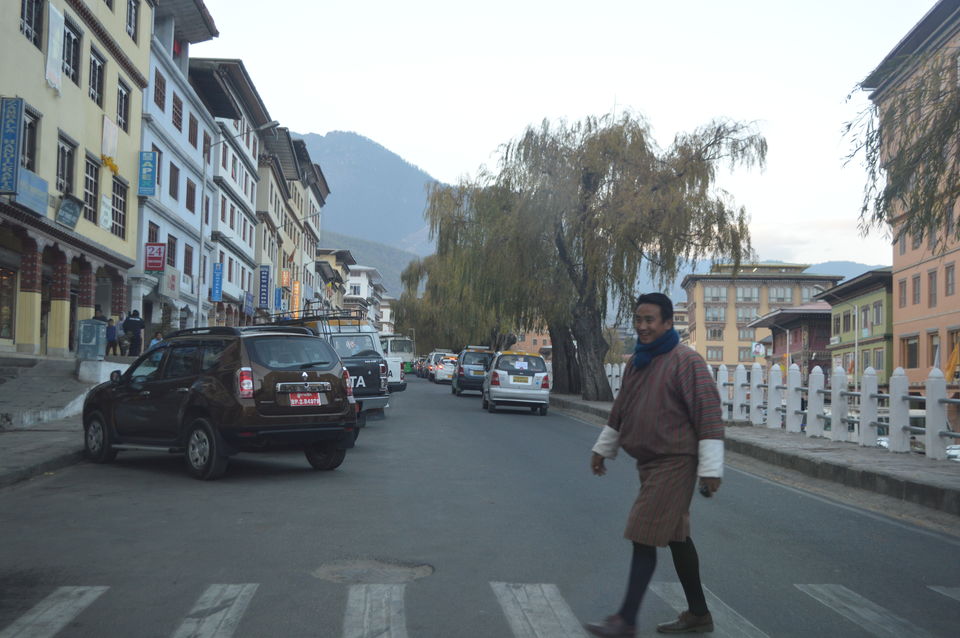 4. A refugee crisis no one ever talks about.

In 1980s, in order to curb the illegal immigration and preserve the Bhutanese culture, the country's lawmakers decided to deport thousands of people of Nepali ethnicity. When there was no hope for the 100,000 refugees in living in the refugee camps in Nepal, UN sent the whole population to countries like USA, Canada and Australia. 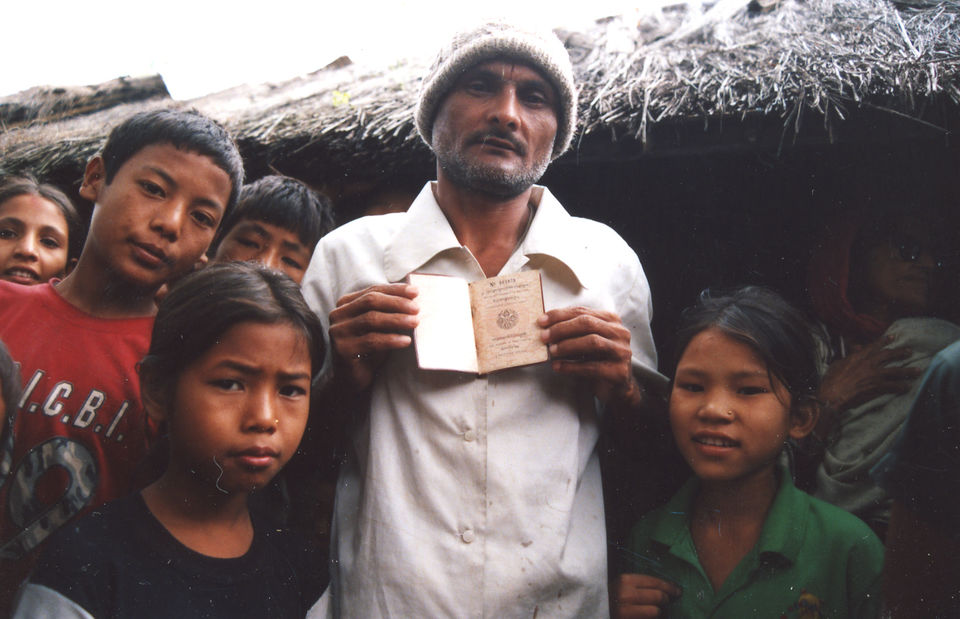 5. Bhutan outlawed tobacco but this ban is possibly the reason for a nationwide beetle nut addiction.

Around 10 years back Bhutan banned tobacco leading to endless illegal supply of Navy Cut  and Silk Cut packs from West Bengal (where else). Smoking, not just in public places, but anywhere in the country is illegal. But it wouldn't be wrong to say that a nationwide addiction of beetle nut or paan is quite visible in Bhutan. 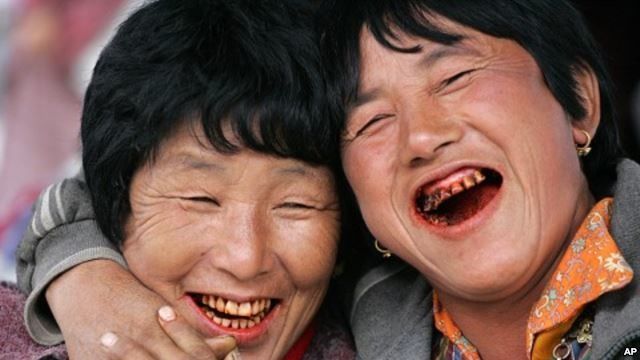 6. Archery and darts are the national sports. Unlike Indian hockey, it's a sport they actually play.

I saw men enjoying at game of archery in the Royal Stadium of Bhutan. But unfortunately only men wearing the traditional dress, Bakkhu, are allowed inside the stadium. 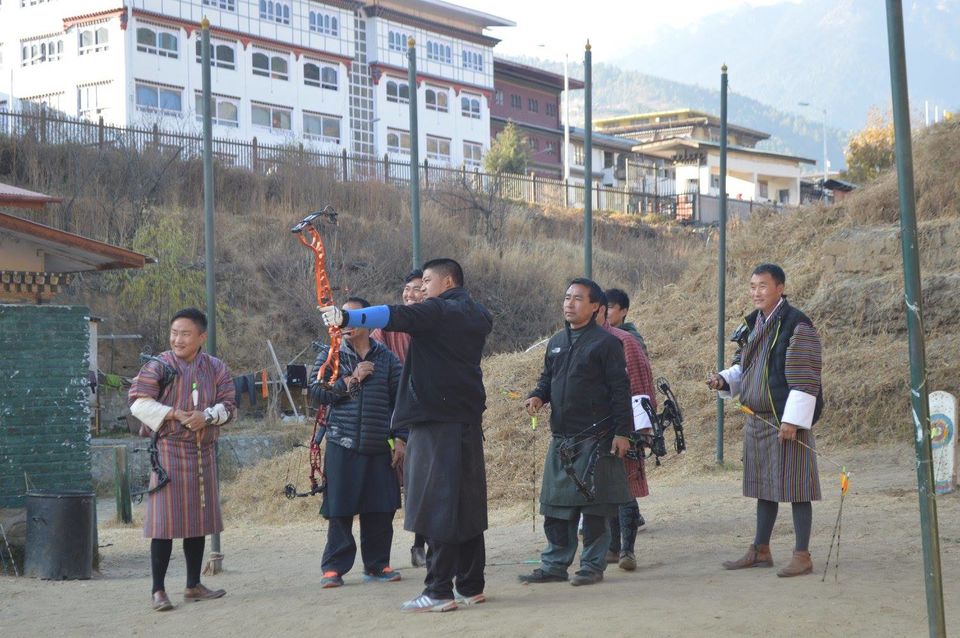 But this national game that requires a wide archery range is quite popular and often also played in the open fields by men adorning colourful Bakkhus. Here's a local man on the other side of the river Thimpu Chhu, enjoying the game of archery all by himself. 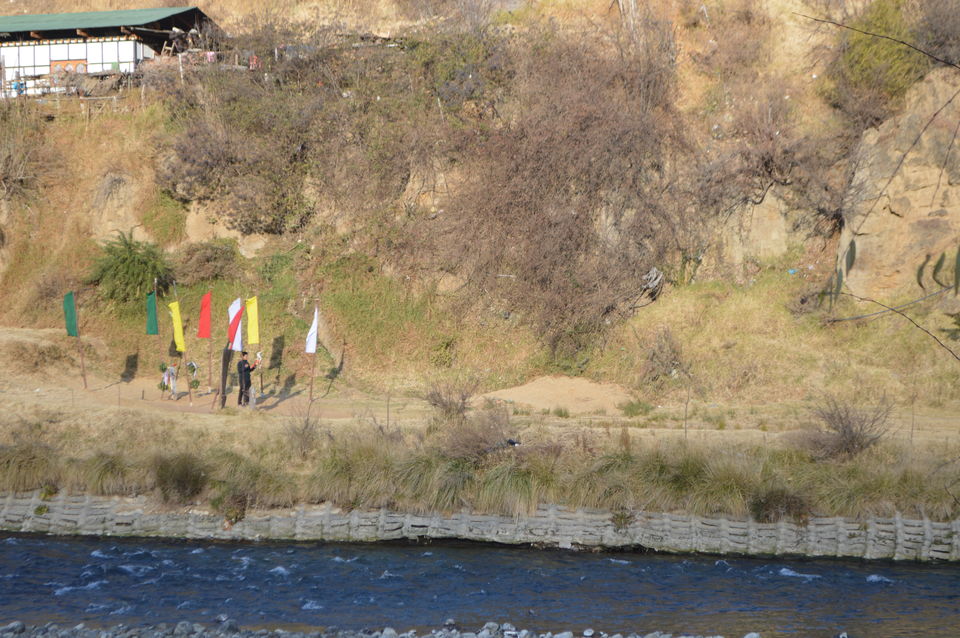 7. Thimpu is the only city in the world with no traffic lights. They use men in white gloves instead.

The credit goes to the patient, law-abiding citizens of Bhutan. They don't honk, they don't overspeed and most importantly, driver in Bhutan follow the law to the tee. In other towns, they don't even need a traffic policeman to instruct them on the road. 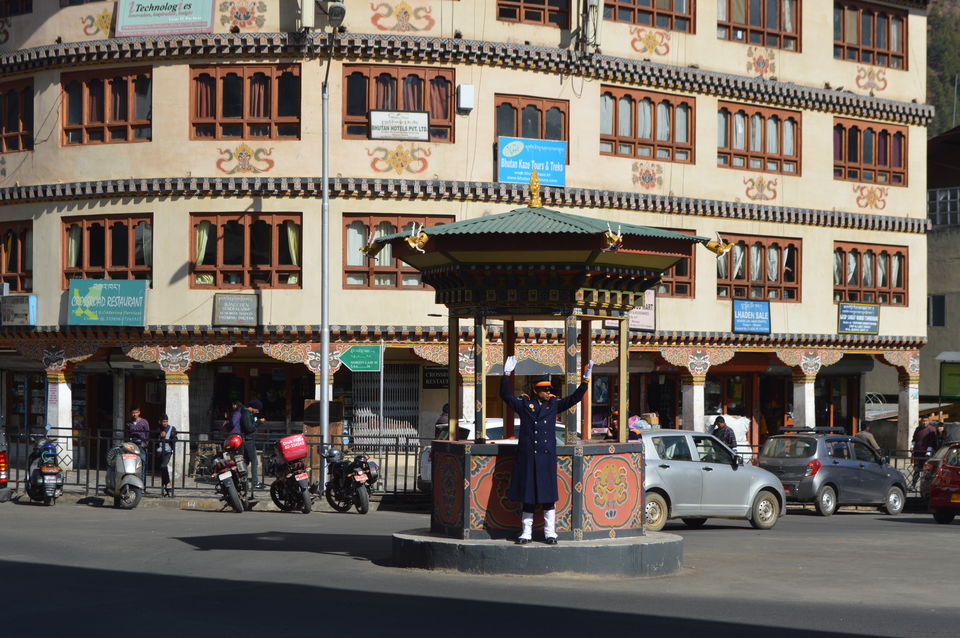 8. After Thimpu Chhu and Paro Chhu, I just guessed that the river in Haa would be Haa Chhu

'Chuu' in Bhutanese means water. You do the naming. 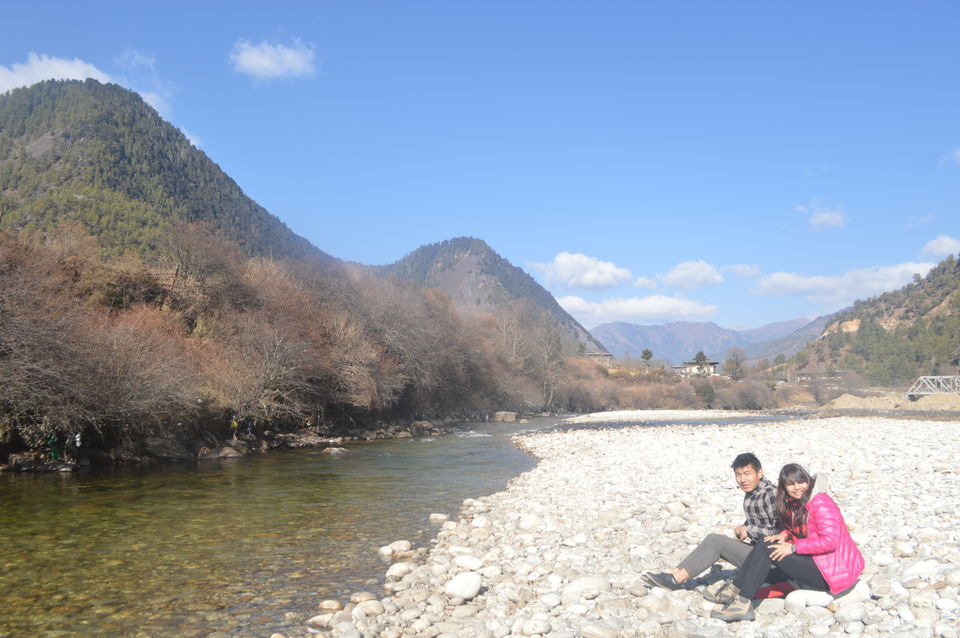 9. So what is the fifth king like? Romantic, they say.

The 4th King of Bhutan handed over the crown to his eldest son in 2008. King Jigme Khesar Namgyel Wangchuck at the age of 28 became the youngest reigning monarch in the world. The Bhutanese people found their new obsession in the stunning looking royal couple. Every household, restaurant, bar and in every street, one could see the life-size posters of the royal couple. They are loved by their people, obsessively. 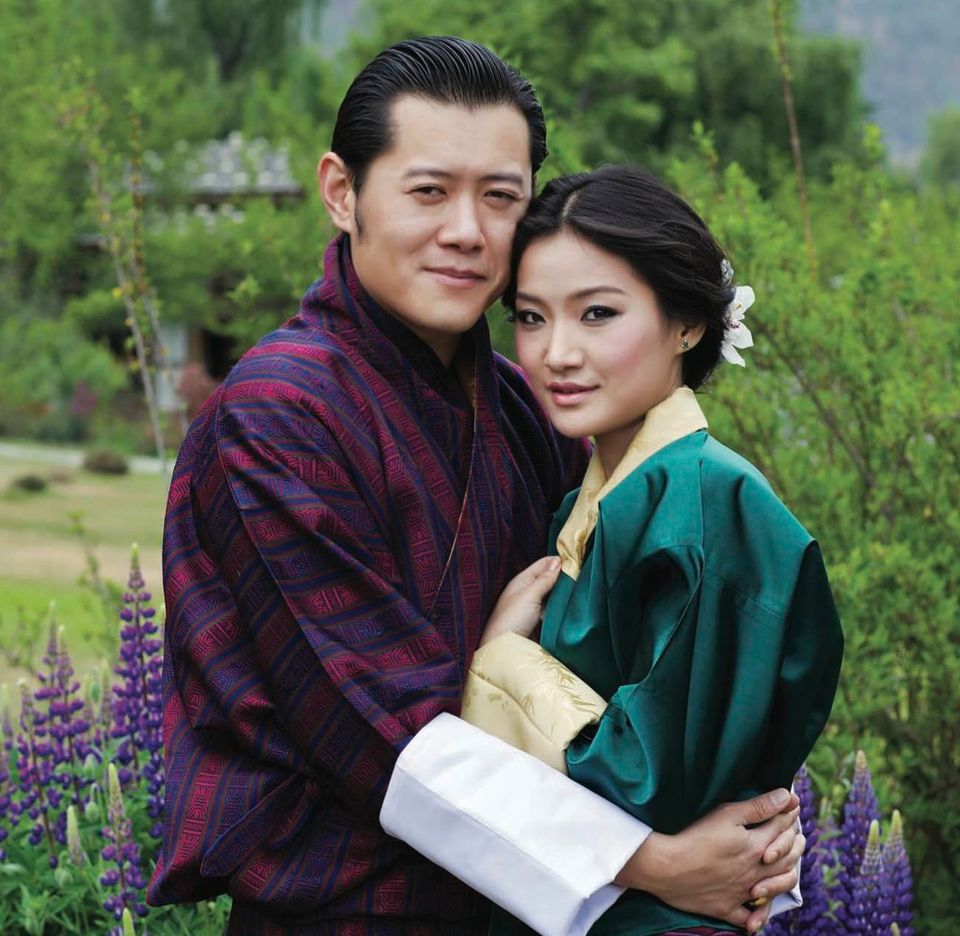 10. Fighting nationwide sexual repression, one dick pic at a time

My first encounter with this auspicious Bhutanese traditional sign happened at the country's border itself. Over a week I figured that any foreign visitor in Bhutan needs a compulsory blur. The tradition of placing a wooden phallus at the entrance of every Bhutanese household was started by Chimi Lhakhang, known as the mad saint of Bhutan who advocated the use of phallus symbols as paintings on walls, on house tops and doorways. 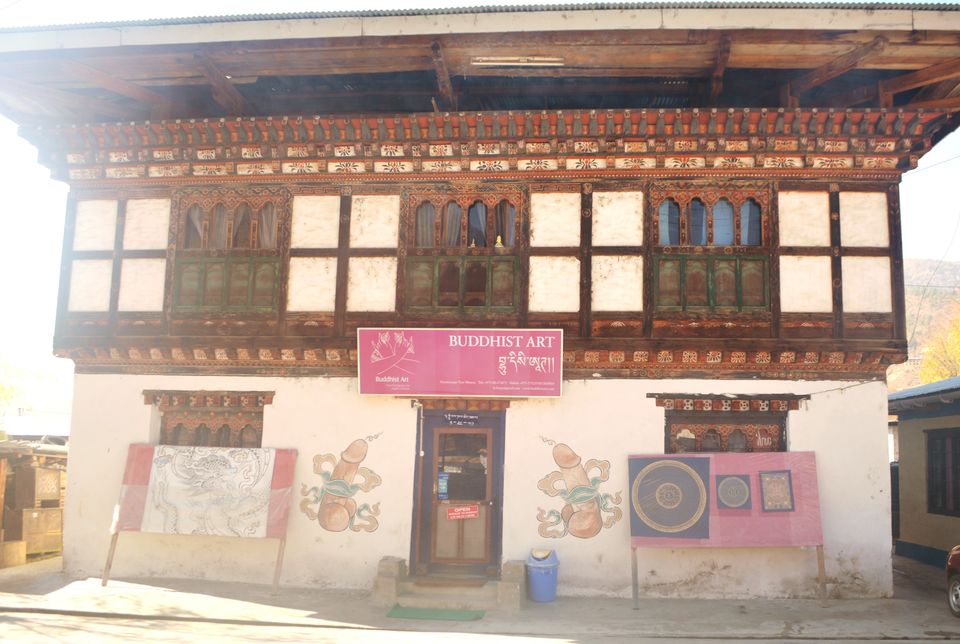 Bhutan is a country where the people would open their homes and hearts to you. Step out and travel to fascinating nation and discover it for yourself. There's more to Bhutan and the mystery of this Land of Thunder Dragon that calls out to travellers and explorers from all across the world.

Read more: 10 Reasons Why People From Bhutan Are The Best Kind Of People You’ll Ever Meet

Do you have a story from Bhutan? Tell us more about the exciting places you have travelled to and share your travel story.