Bhutanese cuisine is famous for the predominant usage of cheese from Yak milk. Cheese when used with Green Chillies, it is called Ema Datshi, which is Bhutan's National Dish. Cheese when used with Potatoes is called Kewa Datshi. Similarly, cheese along with mushroom is called Shamu Datshi. For Indians, such cuisines may appear as quite 'modest' because these Bhutanese dishes doesn't involve use much of spices which we are good at ! 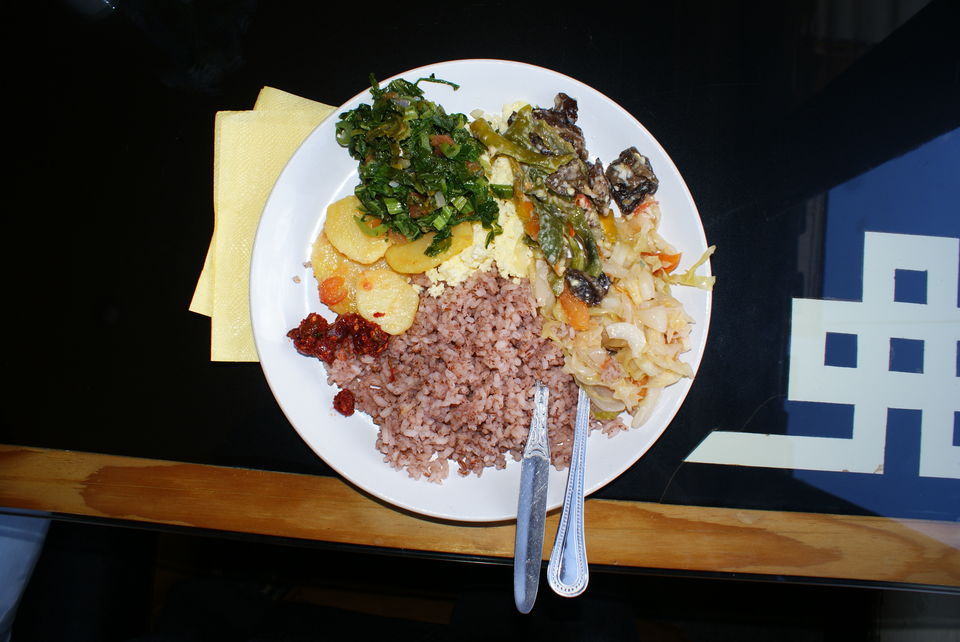 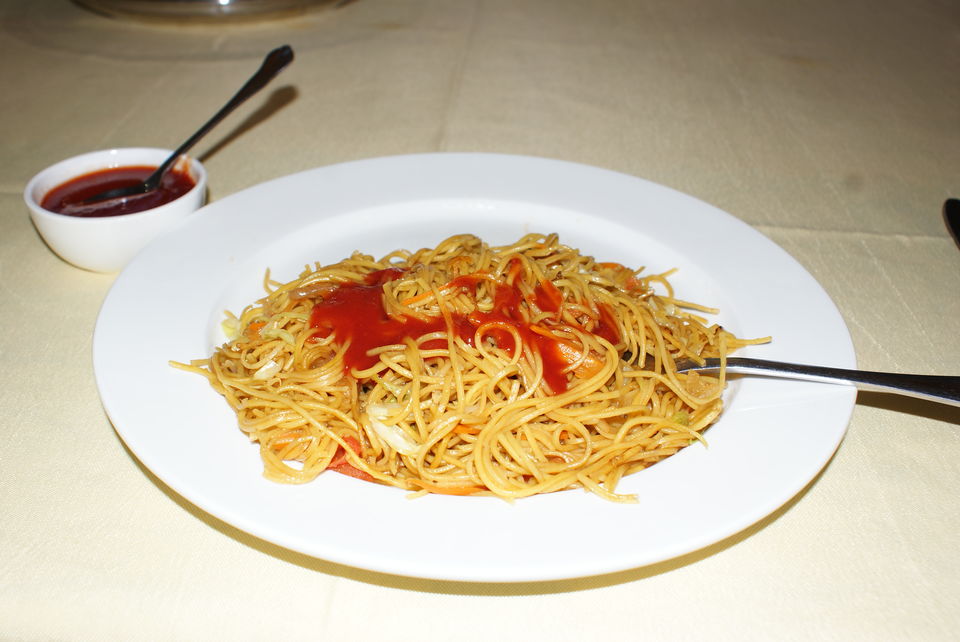 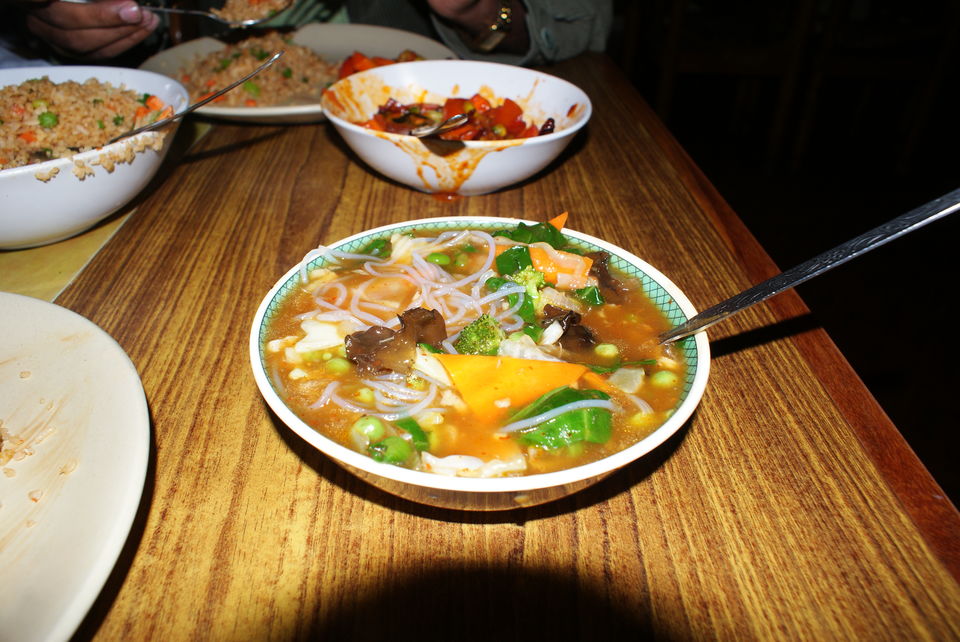 30 kms from Port Blair, Wandoor has become a sought after place in Andamans because of the nearby located Mahatma Gandhi Marine National Park and also is the boarding point of thousands of tourists who flock here for jetties to the serene and tranquil islands of Jolly Buoy. It is basically a small village with couple of beaches and hence, suitable for relaxation, far from the crowded cities & towns. It is also well known for sea water fish including the very popular Dollar Fish (a red coloured fish), most of which are exported at premium rates. 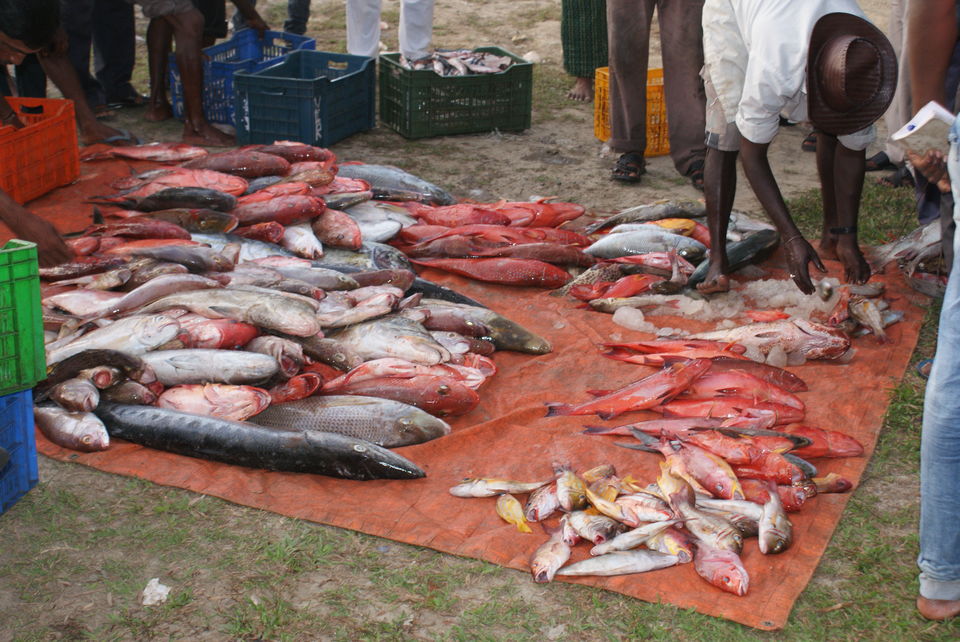 Neil Island, one of the favourite tourist destinations off the coast of Port Blair, is a popular diving destination too along with other water sports like snorkelling. Dotted by clean, turquoise blue, serene and pristine beaches at Bharatpur, La 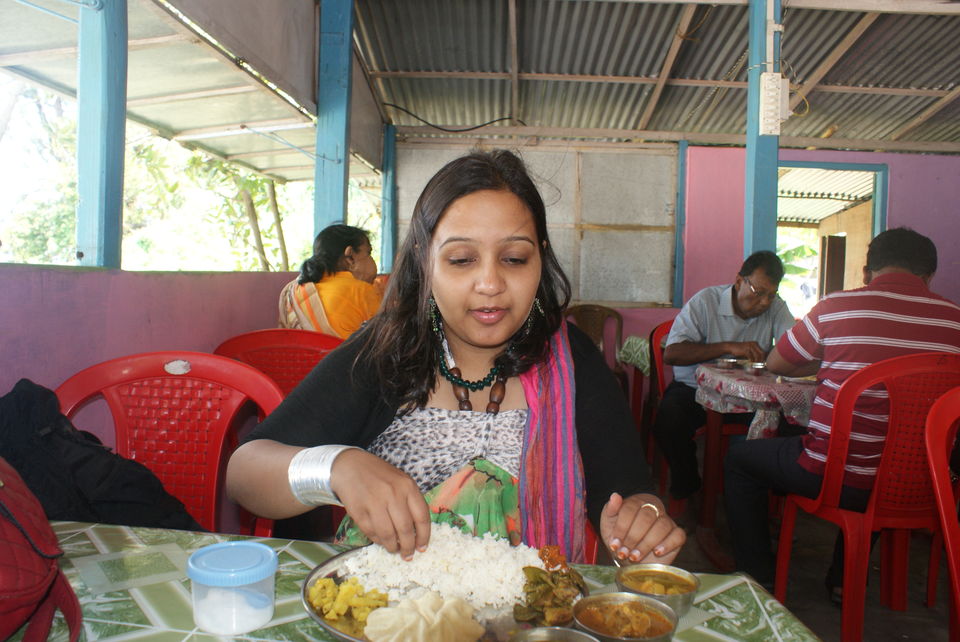 Butter naans sold as a street food in Patnitop, a well known hill station in northern part of Jammu located just before the Kashmir valley starts, is a MUST try. Apart from white snow capped mountains and carpets of snow that turns the entire Patnitop into a fairy tale destination in winters, one can try several hot snacks such as the Butter Kulcha from any street hawker to warm up the body after icy & snowy adventures in the hill station. 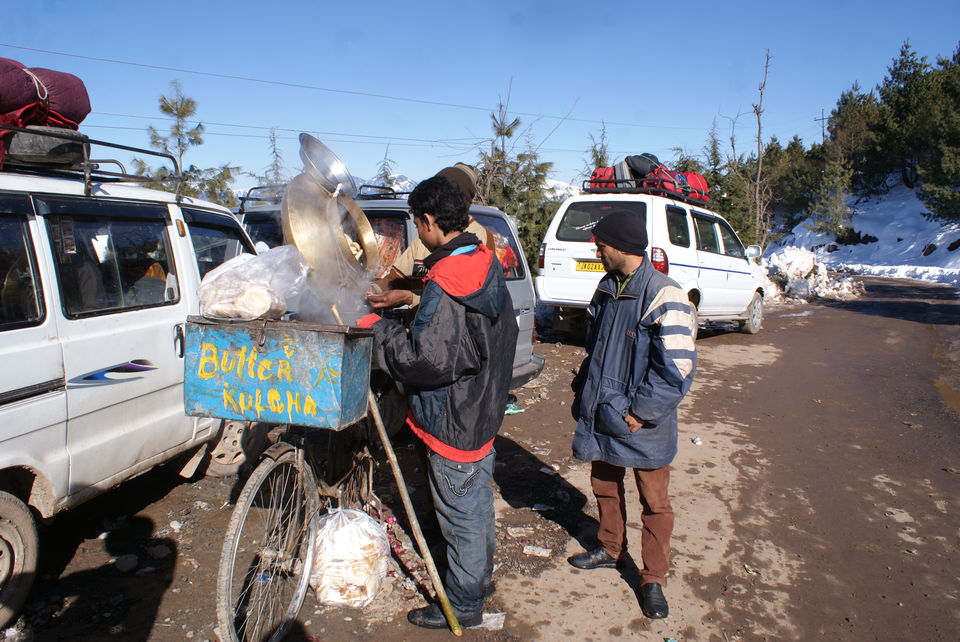 Mekedatu, a location in Kanakapura Taluk near Bangalore, is famous for two spots- firstly the Cauvery River merging with Akravati River and secondly, the scenic & deep canyons though which Cuavery flows with high current and force. At the upstream side, about 3 kms from the canyon, the Cauvery waters are usually so shallow in summers/winters that one can easily walk across to the other side of the river. The place is more a picnic spot where people come to have fun with friends and family in weekends. In fact, I along with 4 other guys including our cook had been to this place on one such weekend where we cooked Biryani and had satisfying lunch, apart from feasting our eyes on the scenic landscapes around. 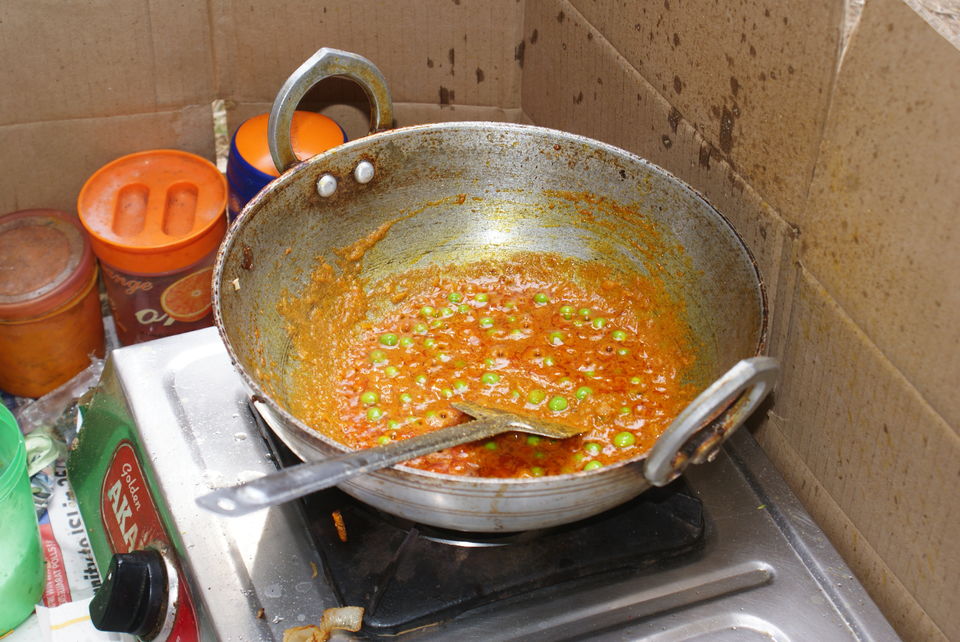 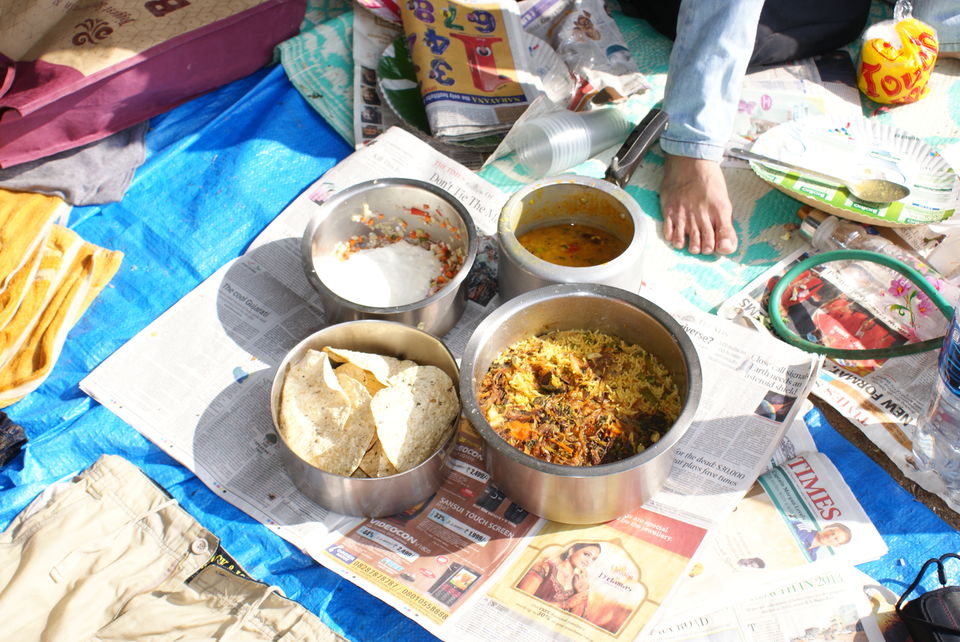 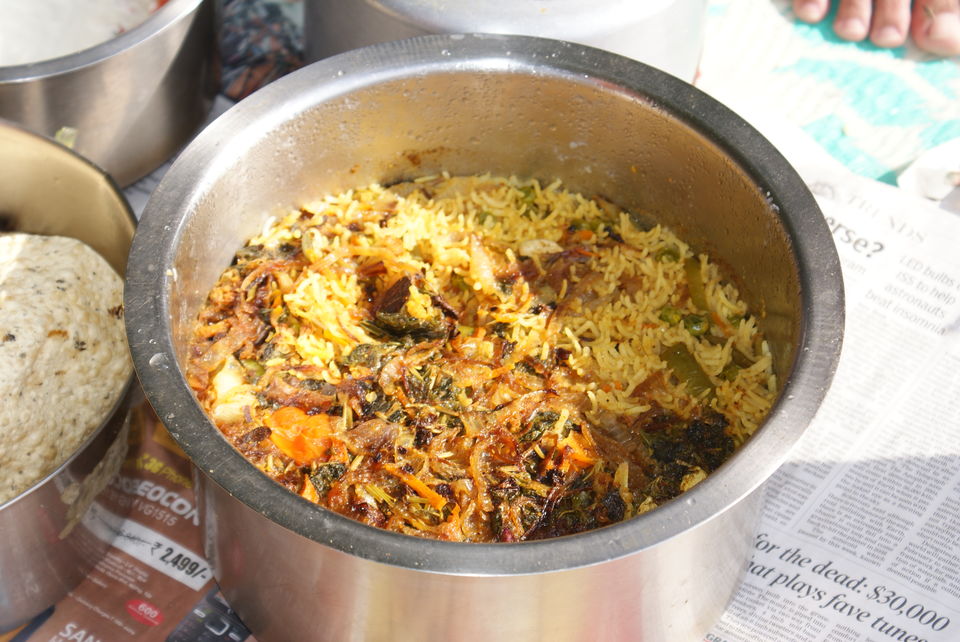 Normally lasting for 18 to 20 hours, the house boat rides in the backwaters of Alleppey, rightfully regarded as the Venice of East, is one of the cherishable experiences of me with 3 of my friends. All meals- Lunch, evening supper, Snacks, Dinner, and the farewell breakfast- were all served on board the houseboat. You too get a chance to venture waterside markets to handpick fresh sea food ingredients such as Pamphlets, Tiger Prawns etc., which the on board cook prepares for you. The overall experience, as far as food is concerned, was truly splendid. 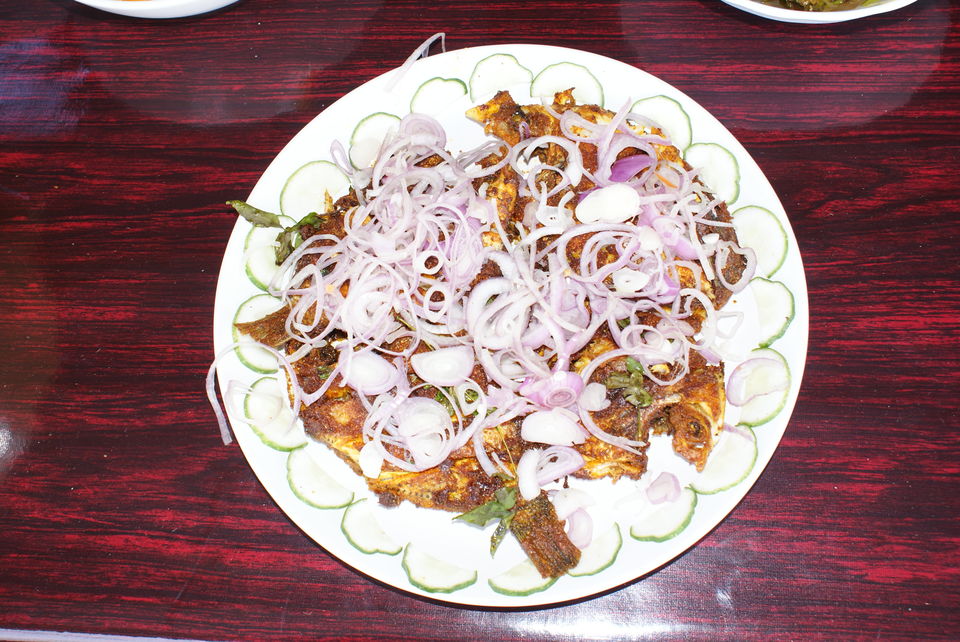 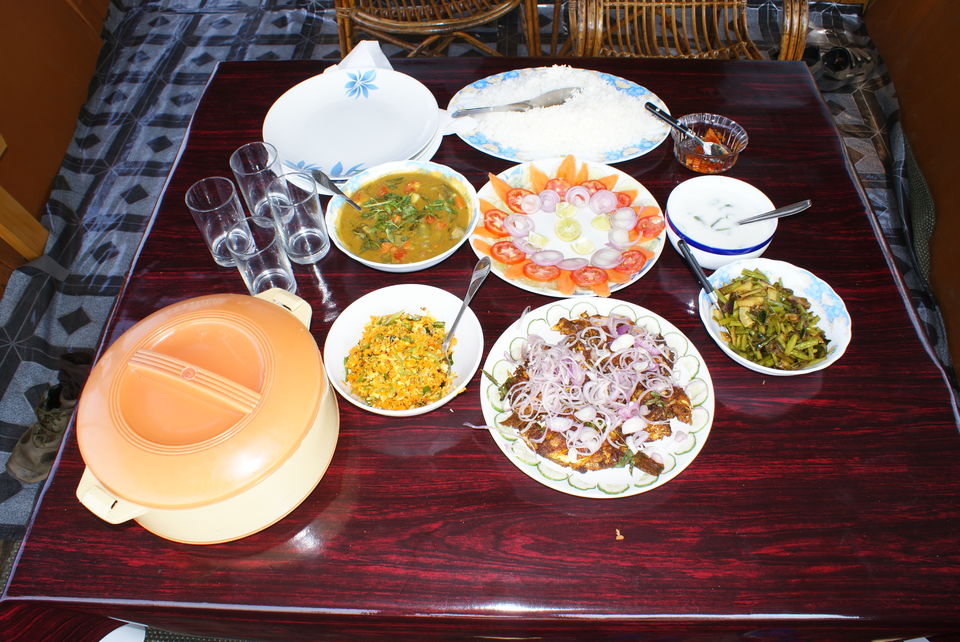 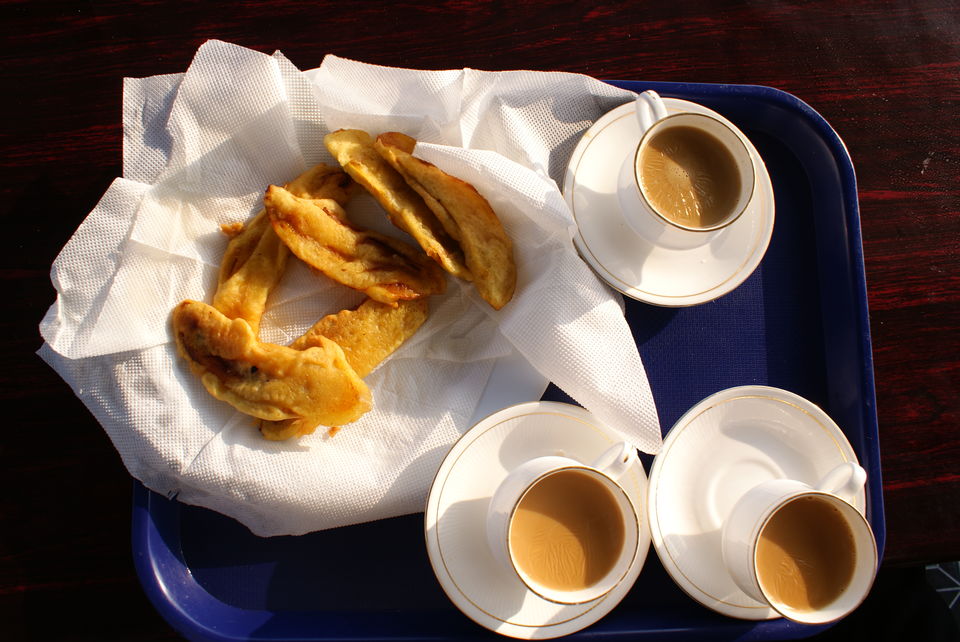 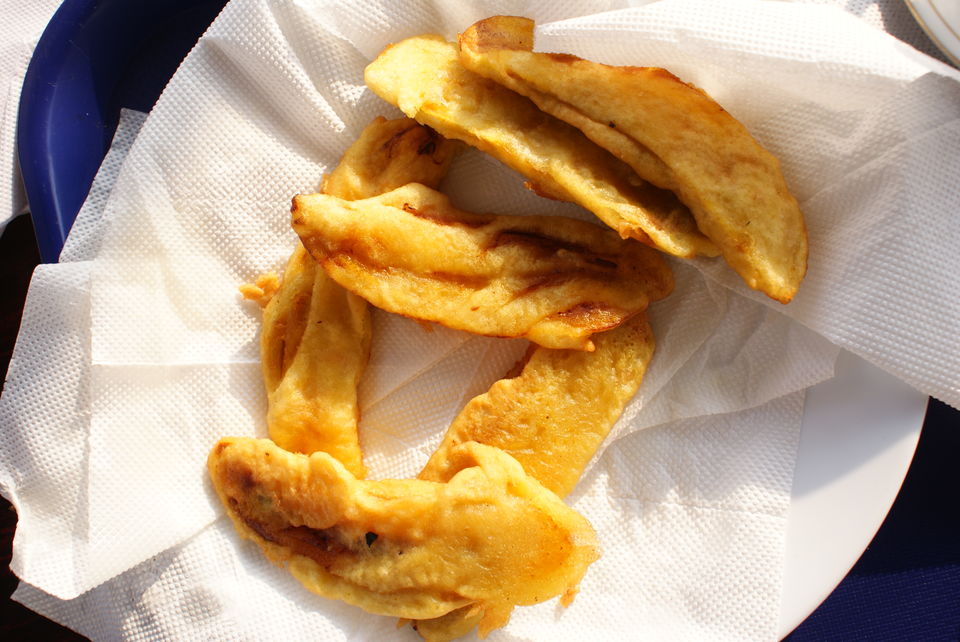 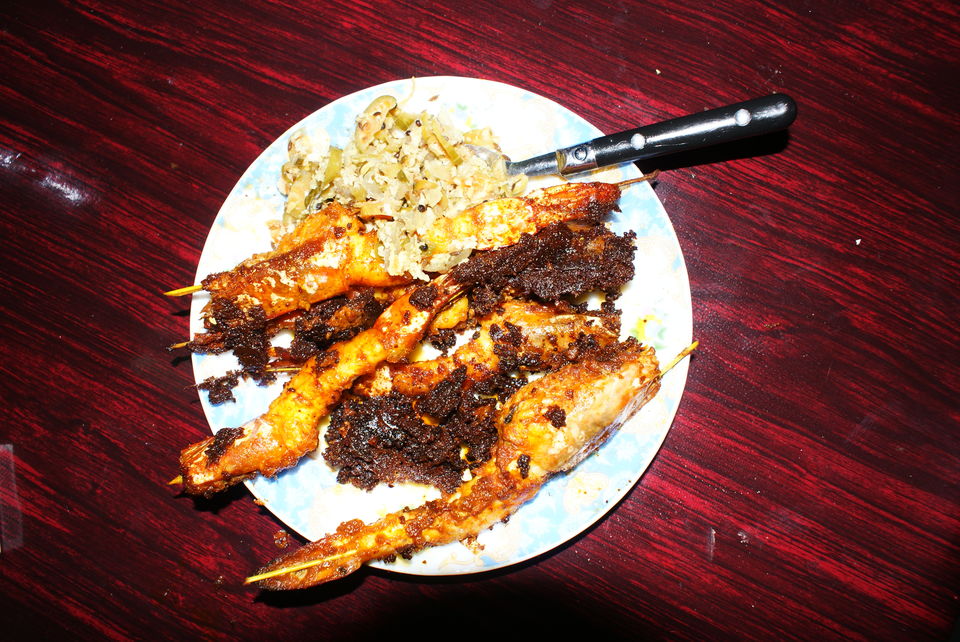 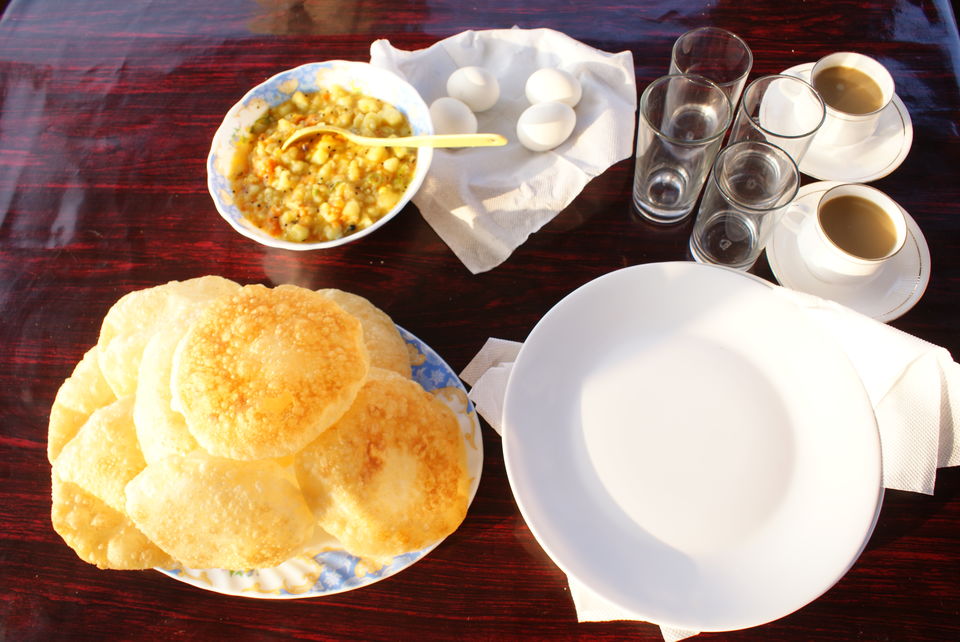 Fort Kochi is basically the old and historic part of the new town, Ernakulam. Fort Kochi is dotted by several remnants of the colonial periods of Portuguese, Dutch and finally Britishers. Most of the accommodations in Fort Kochi were residential and administrative buildings of Portuguese, Dutch and Brit times which have been now converted to either home stays or budget to expensive hotels. Hence, most of these hotels bear vintage look in Fort Kochi. The streets are flanked by several modest cafes selling cakes, pastries, coffee, cappuccino and the yummy wafers of different flavours such as vanilla, chocolate etc. 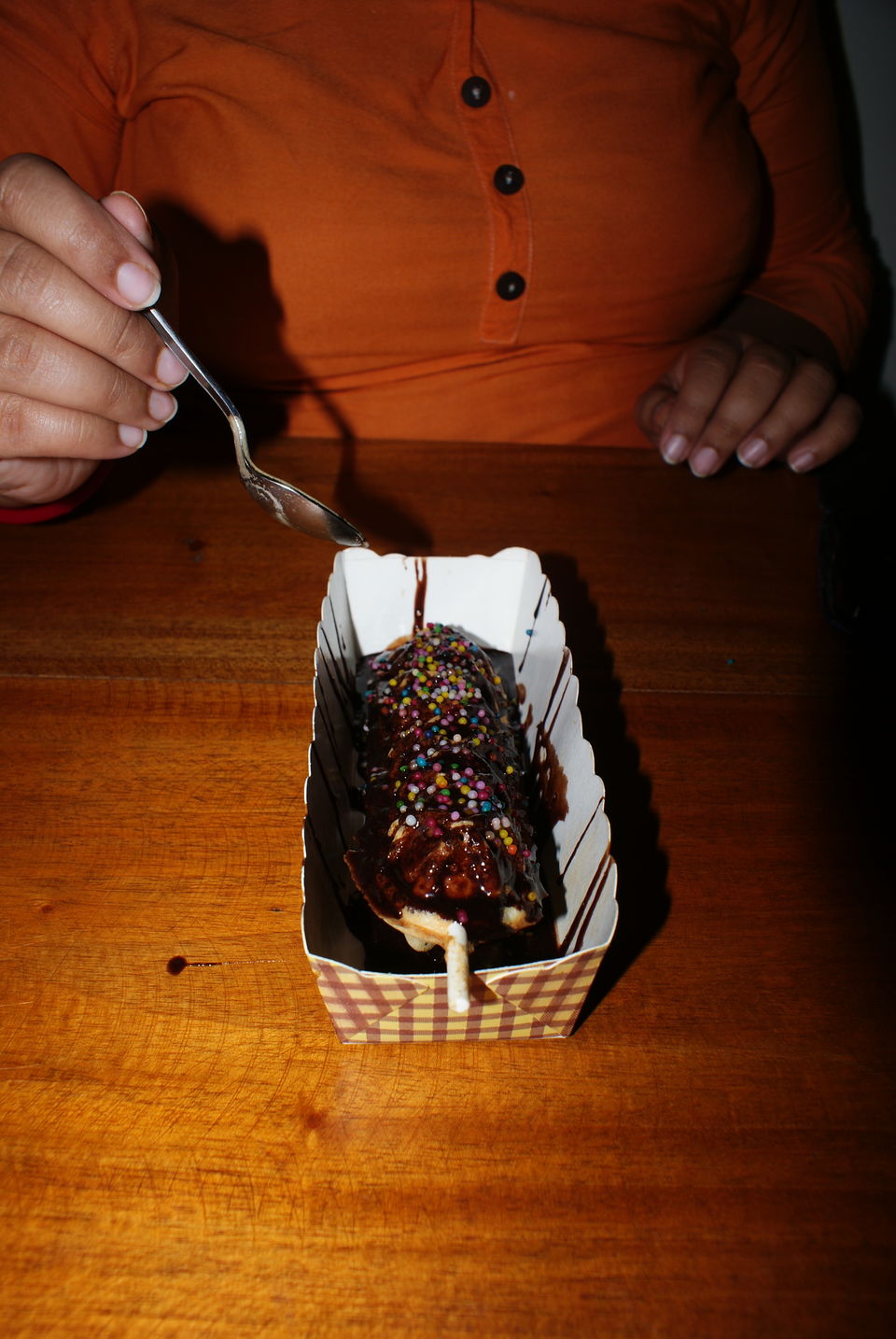 This is where I stay with my dear wifey. Quite novice in cooking, I have tried preparing few items with help of Google, Youtube, some cooking books and not the least, under strict supervision of my wifey.. Enjoy this Food Safari, which is an endless journey...I will keep on adding cuisines as I taste in this journey of mine... 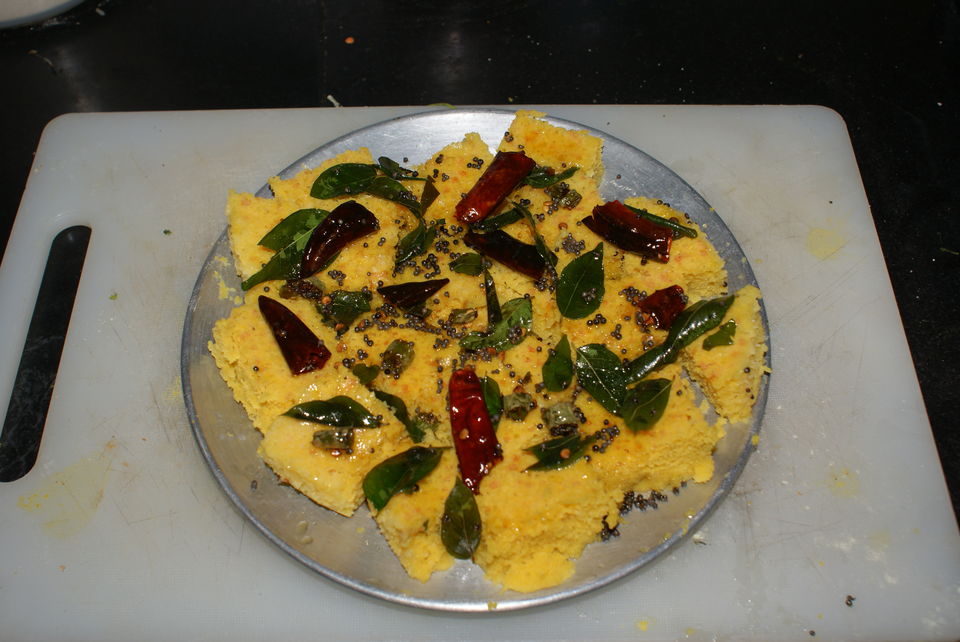 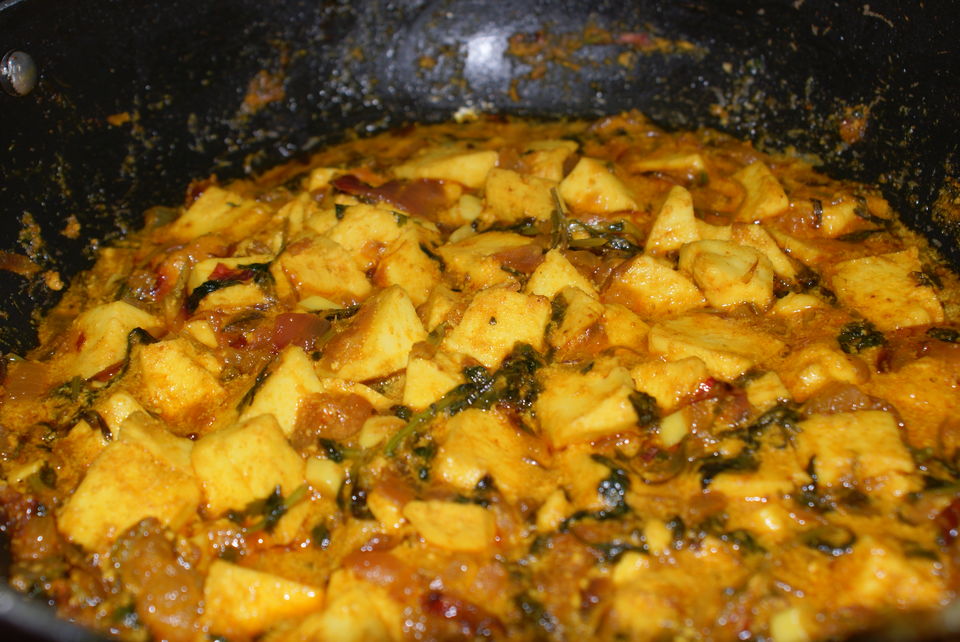 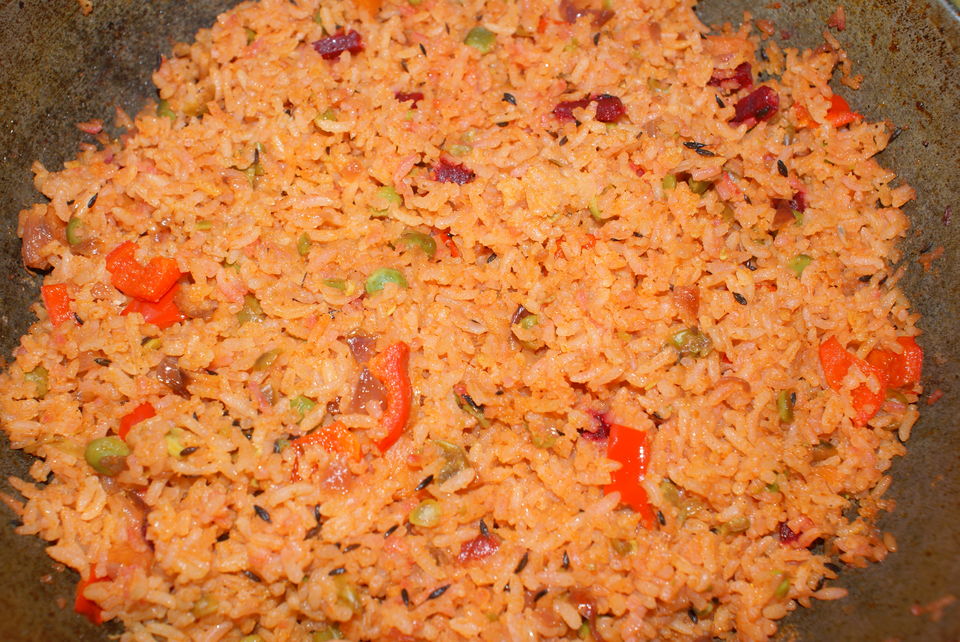 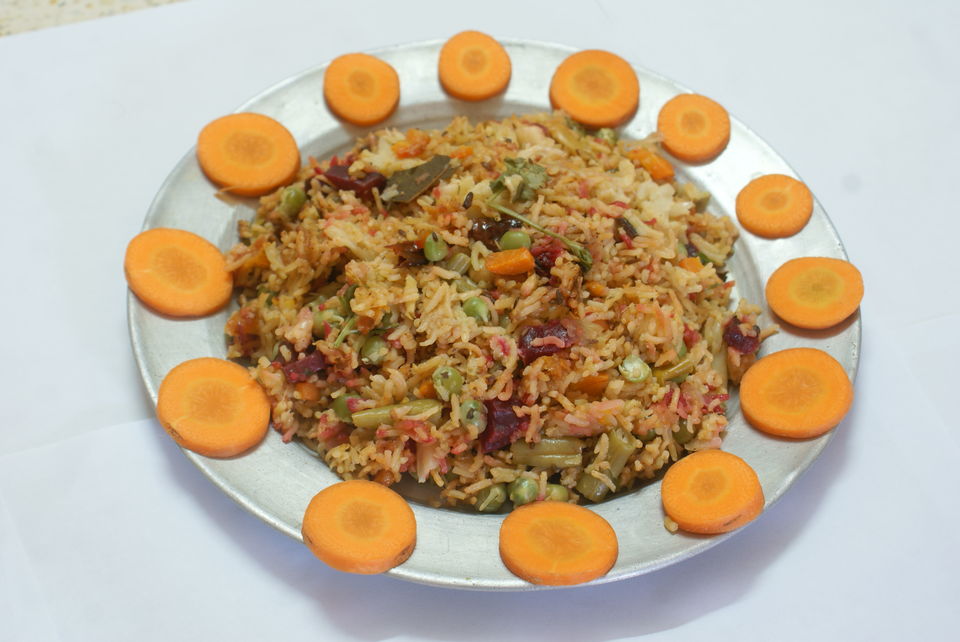 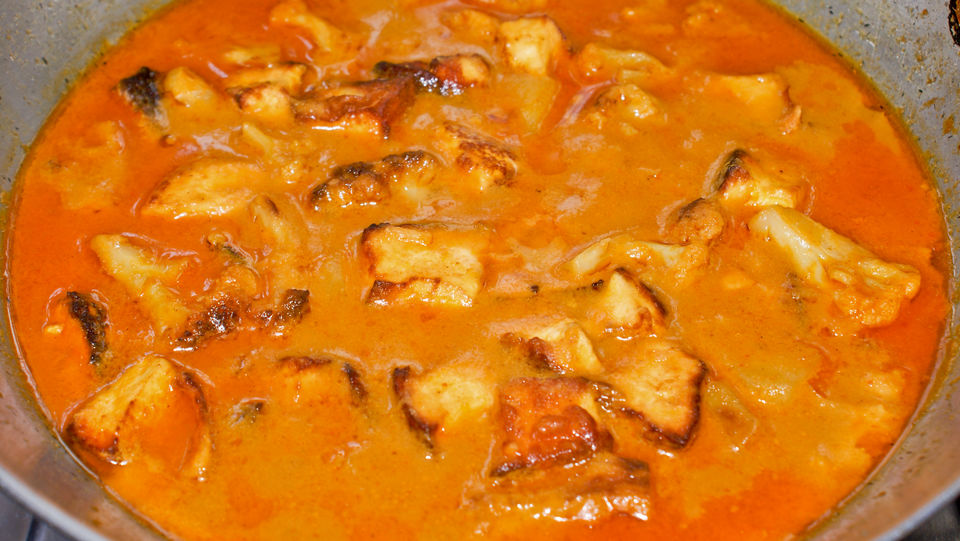 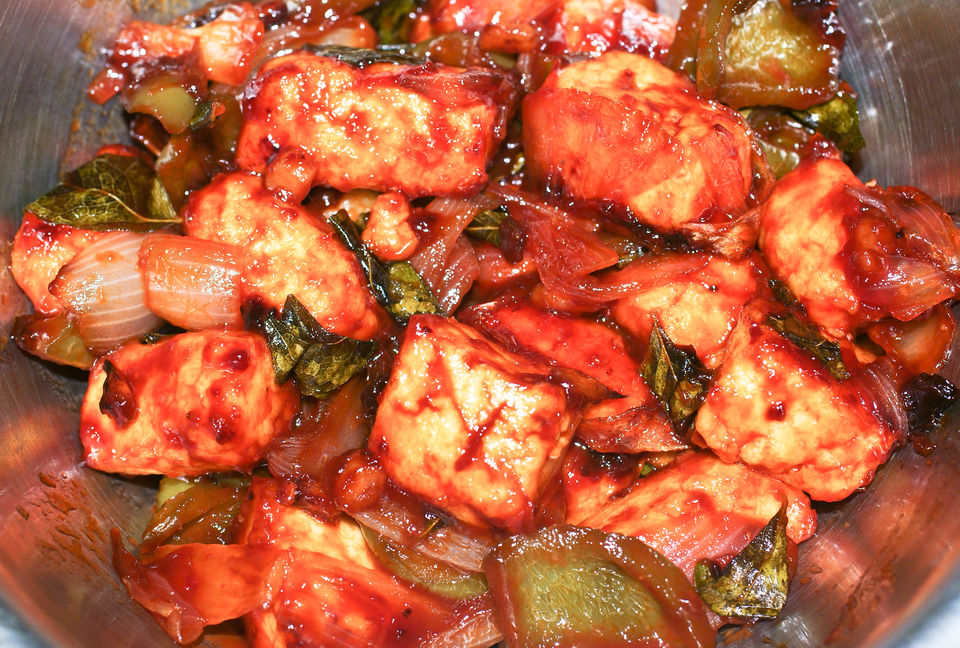