An Unforgettable Tour In The Egyptian Museum Of Turin

An Unforgettable Tour in the Egyptian Museum of Turin 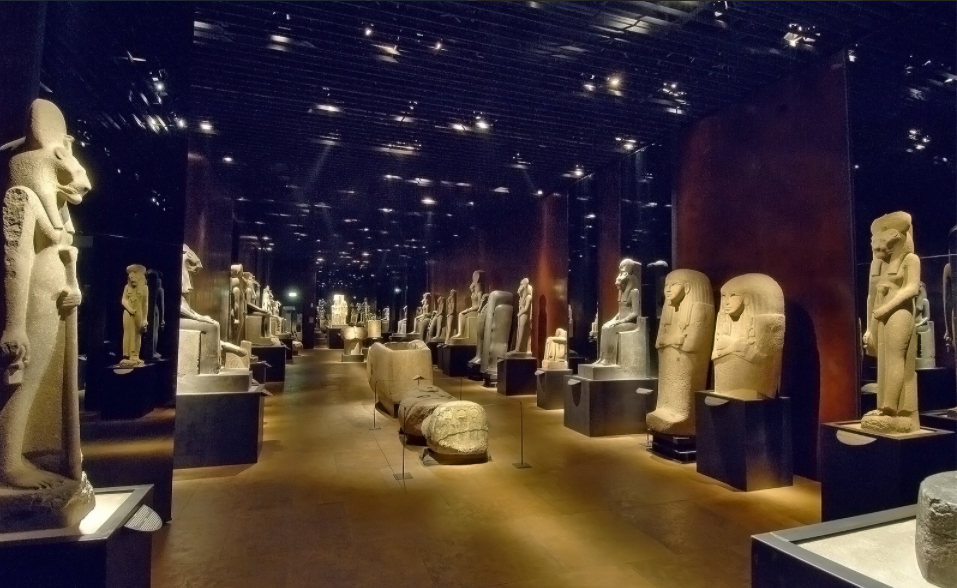 Turin is a big city with a very rich history and art. If you ever travel to Italy and visit Turin, paying a visit to the Egyptian Museum is a great idea.

The museum holds one of the largest collections of Egyptian exhibits in the world, travelling all visitors back into ancient times.

So if you want to discover how the ancient Egyptians lived by admiring objects of everyday life including statues, mummies, jewellery, and amulets, look no further!

"The road to Menfi and Tebe passes from Turin" ...

With this phrase, Jean-François Champollion, the man who went down in history mainly for deciphering Egyptian hieroglyphics, described the importance of the collections of the most famous Egyptian Museum outside Egypt.

The importance of the Egyptian Museum

The Egyptian Museum of Turin, also known as The Museo Egizio, is home to one of the largest collections of ancient Egyptian relics. It is thought to be the world's second oldest and most significant museum of Egyptian artefacts, after that of Cairo.

Located in the heart of Turin, the Museo Egizio is housed in a historic building at 6 Via Accademia Delle Scienze. Spread across 60,000 sq.m. the Egyptian Museum of Turin holds some of the biggest exhibits you've ever seen!

What started as a big collection turned out to become the second biggest Egyptian museum in the world. Following Cairo's Museum, the Museo Egizio in Turin is a preservatory of the rich history of Egyptian antiquity. In fact, its first acquisition dates to 1628!

The museum is a huge treasure trove of Egyptian art finds. It has over 40,000 exhibits, among which we mention mummies, papyri, and everything else that concerns ancient Egypt. It also exhibits 3,000-year-old sarcophagi as well as a variety of statues.

Get ready to walk back in time and see exclusive Egyptian artefacts, presented in chronological order, from the 4th-century BC to the 3rd-century AD. The Egyptian Museum of Turin is a journey through the evolution of Egyptian culture over hundreds of years!

A walk in the Museum

There are four flours and 15 rooms to explore. In each room, you will discover a different aspect and period of ancient Egyptian history. It is a fascinating journey to the Egyptian art and daily life of not only the common people but also the Pharaohs.

From everyday objects to the frescoes of Iti's tomb and from the Tutankhamun and Ammon complex to Petamenofi sarcophagus, the museum's collections cover more than four thousand years of ancient Egyptian culture.

The mummies and other gems

Feel the magic of Egypt come to life here as you see the spectacular Tomb of Kha, a tomb builder to the pharaohs, which dates to 3,500 BC. Check out the sarcophagi and statues, as well as the shockingly well-preserved salted meat and pottery bowl with the remains of tamarind and grapes.

A cloth found in a tomb in Jebelin is considered one of the oldest paintings in the world. On the list with the museum's most famous exhibits, you will find the rock-cut temple of Ellesia, built 3,500 years ago for Pharaoh Tuthmosis II and was saved from a flood of the Nile before being transferred to Italy in 1966.

You will also see 17 animal mummies and 24 human mummies. Kept behind glass displays, they offer a spine-chilling experience. Explore the rock-hewn Ellesija Temple, dating back to more than 3,500 years. On display in the Gallery of the Kings awaits the statue of Sethy II. Weighing 5 tones, this legendary statue will leave you in awe.

At the Drovetti Collection, you will also see papyrus sheets known to be the most important in the world. And, with an 1847cm length, the Papyrus of Iuefankh is the longest papyrus preserved across the world!

Before you leave, feel free to snack at the museum cafeteria and shop at the souvenir store. Alternatively, take a short break during your tour in the museum for some coffee and food refuels... you might need it!