City breaks: A week in Cairo

Egypt is all about adventure. And if you love history as much as I do, this is your Mecca. What I love the most about this country the most is that it has something to offer to everybody. It has beaches, museums, monumnets, coral reefs, a desert and cruises on the nile. No matter how long your stay is, you can never get enough of this place. However, my trip was concentrated only on its Capital, Cairo.

My Journey began with the most obvious and the most prominent feature of Cairo. The Pyramids are to Egypt what the Taj Mahal is to India. The central point of their tourism Industry. These magnificent structures are fit to house the great Pharoahs of Egypt. In ancient Egypt, a Pharoah was thought to be the son of the God Ra, the sun God in Egyptian Mythology. The pyramids are evidence of the mighty and powerful kings that ruled this place from time to time. Of the three pyramids situated here, the Great Pyramid of Khufu is the largest pyramid. You are allowed to go inside the pyramid for a small fee. Just as you start feeling like Indiana Jones, they dissapoint you by taking you only to the first chamber.The tunnel to get in are narrow and it takes some amout of flexiblity to pass through to the chamber. Nevertheless, that gives you an idea of what genius went into constructing these gigantic mazes, where archeaologists take years to get to the burial chamber. Adding to the awe of the Pyramids is the giant statue of the Sphinx- Lion Body, Human Head.

Visiting the Pyramids left me wanting to get more of the history and so the next stop was the Museum of Egyptian Antiquities. This museum has one of the greatest collection of coins, Papyrus scrolls and mummies. It is a huge place and takes more than two hours to walk through the whole thing. It houses around 27 royal mummies amongst other antiquities from the Pyramids. It also contains various treasures of the famous king Tutankhamen.

After a heavy day of soaking in the history, unwinding came in the form of a lovely cruise on the river Nile. Considered one of the longest river of the world, the Nile's serenity is what makes the cruise worthwhile. The exquite view of the water is even better at sunset, so try hoping onto your cruise boat then. Various cruises are available at various rates. But, more than the rates make it a point to look out for the experience. These cruises often offer soft Arabic Music with belly dancing shows. Some of the cultural aspects of Egypt are flaunted on these boats. Don't opt for a lavish cruise that plays English tracks, go for a small cruise instead like we did.

The second day started with a camel ride into the desert. I had never sat on a camel before and at first it is a bit scary but as you get into the groove with the camel swinging left to right, you start feeling like one of the caravan members. The view of the desert to describe in one word is, infinity. Vast exapanses are covered with nothng but sand. But, somehow there is something poetic and romantic about watching at these vast expanses, as your camel keeps walking with no view of a definite road.

There is nothing like music to share the stories and the culture of a place. The Egyptian capital is home to the much acclaimed Cairo Opera House. They have various ochestra's playing, mostly belonging to the homeland, but sometimes they have international groups too. Some of the finest musical groups in Egypt like the Cairo Symphony Ochestra and the Cairo Ballet Company perform here on a regular basis. The performances are very much different than ones seen in other parts of the world, these seem to have a vibrant Egyptian feel to them.

The Cairo Tower is a sharp contrast to the historic feel of the city, and thus it is worth a visit. Although it isn't of much significant, it forms a modern day parallel to the past monuments and also give a panoramc view of the entire city. Last stop is the Abdeen Palace, the official residence of the President of Egypt. It is considered to be amongst the most lavish palaces with huge painting and clocks covered with Gold. Official ceremonies are held here with extravagance.

With that the Cairo sojourn ended. This trip is very special and has stayed with me years after my visit. I would advise everyone to visit it at least once. Cairo is the perfect model of a city that has quitely sown its past heritage with its present glory.

P.S- This trip was taken before the Egyptian Revolution so things might be a bit different now.

Who wouldn't fall in love with what is listed in one of the seven wonders of the world. Standing in front of this giant structure make you feel intimidated and explains what is so wonderful about it. 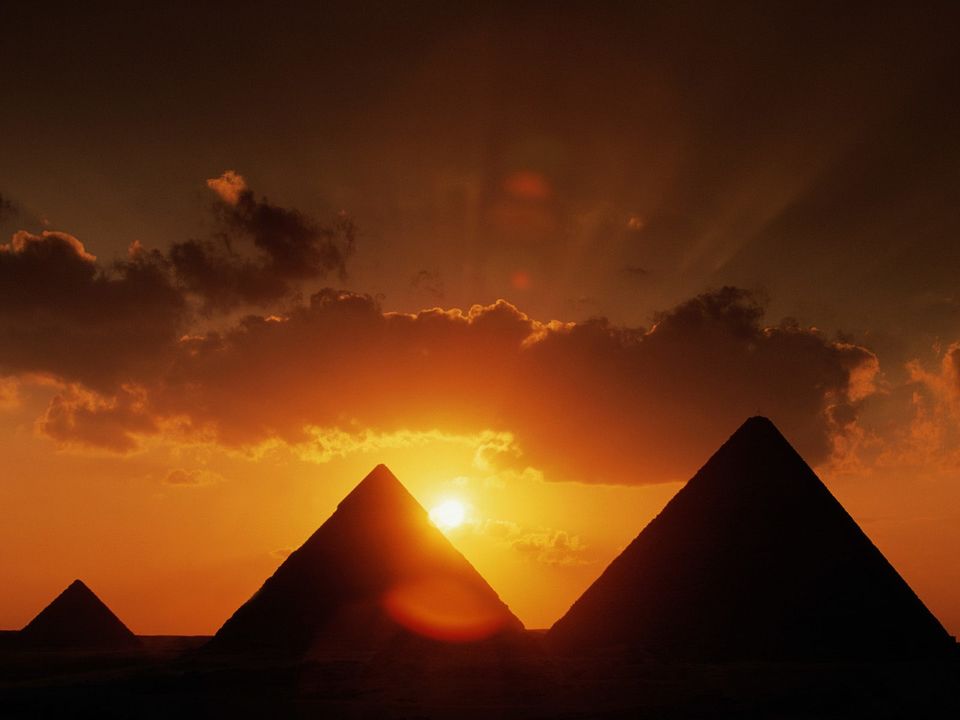 The cruise on the Nile is my best memory of this trip. The river works its charm to keep you forever captivated. Cruising the Nile with Arabic Music and a exquisite belly dancing show should definitely be on your list in Cairo. 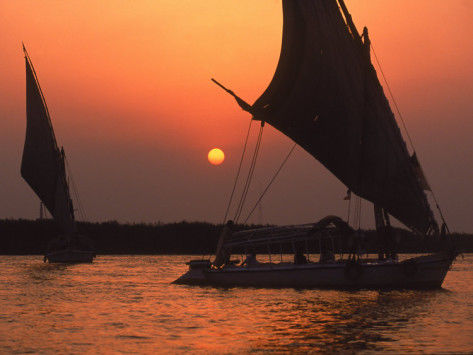 Also known as the Museum of Cairo, this is where all the treasures of the Pyramids lie. It houses 27 royal mummies and artifacts collected from the tombs of two, very famous Egyptian Pharaohs, Tutenkhamen and Akhenaten. The Pyramids are just the hardbound cover of the Egyptian history book, the real matter lies here in these rooms. 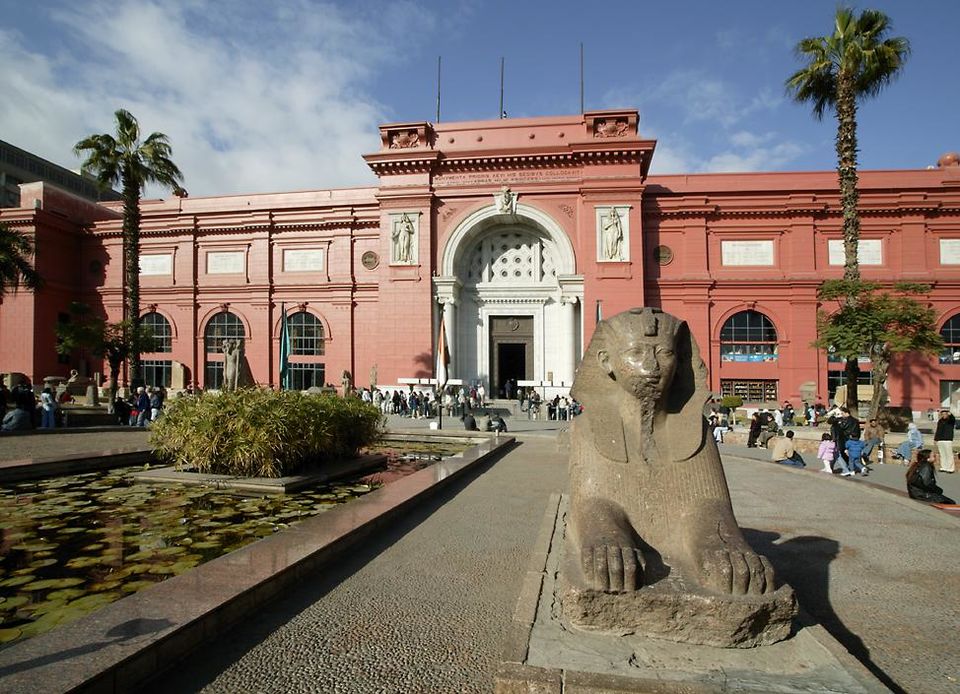 With a rotating restaurant on top, the Cairo tower offers the most magnificent view of the city. Try grabbing an early morning breakfast or a late afternoon lunch there while watching a bird's eye view of the beautiful city. A symbol of modern architecture in Cairo, this monument is refreshing after vising the structures of ancient Egypt. 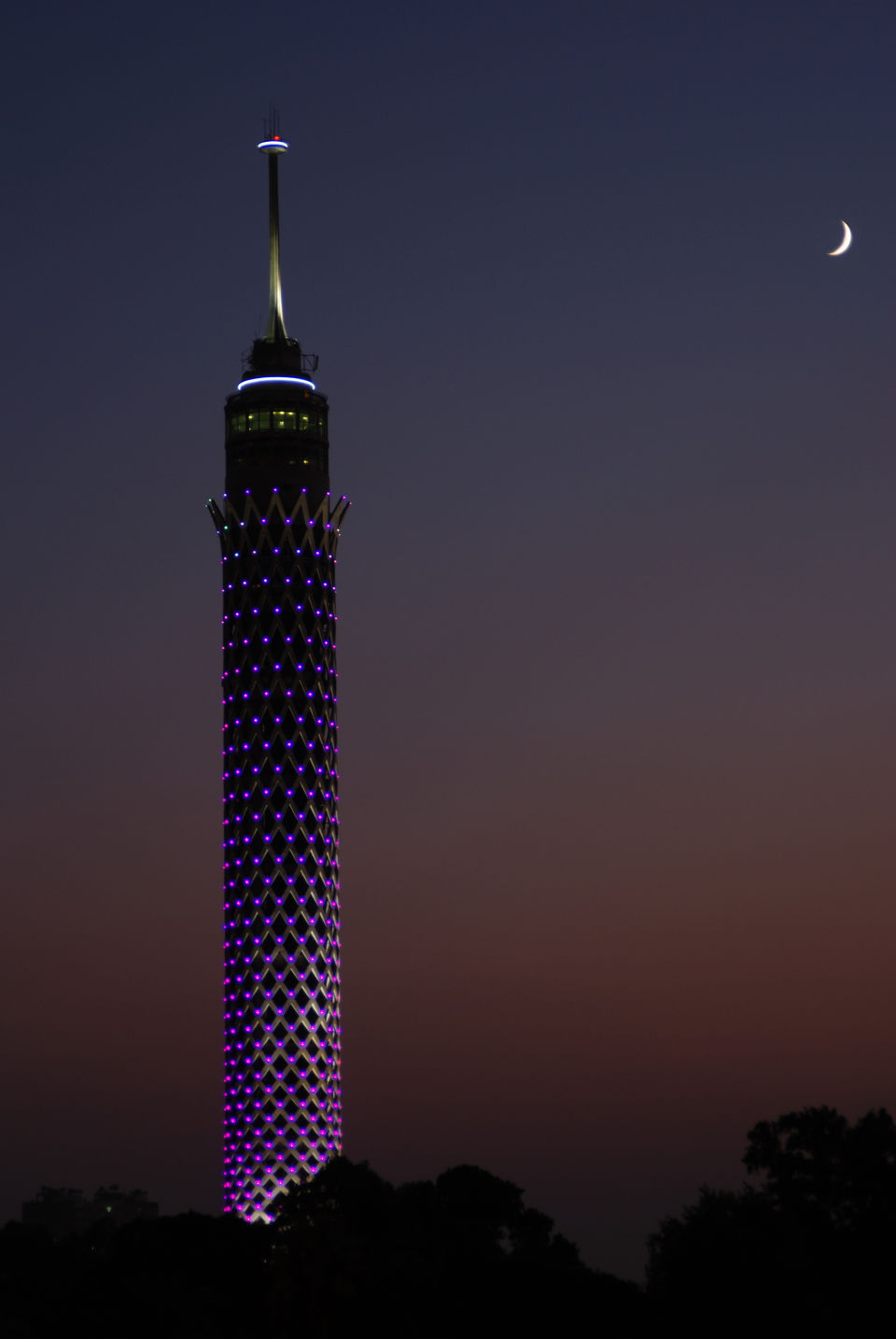 If the Pyramids speak of the ancient rulers of Egypt, the Abdeen Palace speaks of the modern rulers of Egypt. A partial Military museum, it proudly displays the gifts given to various Presidents. It was the royal residence before monarchy was abolished and now serves as the official residence of the President. This huge Palace with 500 rooms is certainly not to be missed. 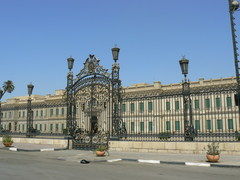