A trip in the African lands-Alexandria to begin with, right on the lap of the Mediterranean sea, with the waves bluntly hitting the shore and the ripened red dates falling in the wind. Alexandria is a small town, but with quite a few treasures of history. We visited The Catacombs of Kom es Shouqafa, with tombs of Ancient Egyptian history, carved in Greeco-Roman style. A winding staircase descends several levels deep into the ground, with little chapels opening from it, furnished with benches to accommodate visitors or mourners bringing offerings. There are niches cutout to hold sarcophagi, with the vestibule and Central tomb chamber depicting the ancient gods performing mummification. We visited the Pompey's pillar, called "Amoud el-Sawari" by the Arabs, meaning Column of the Horsemen, in memory of the Emperor Diocletain. After his defeat by Julius Caesar in the civil war, Pompey fled to Egypt where he was murdered in 48 BC; medieval travelers later believed he must be buried here, and that the capital atop the corner served as a container for his head, which is now, established as a false fact. We paid a visit to the Qaitbay Citadel, a Fort built in the 1480's by Sultan Qaitbey, on the site of Alexandria's ancient lighthouse. Parts of the remains of the lighthouse can be seen in the construction of the old fort. One of the seven wonders of the ancient World, the lighthouse was an astonishing 125m in height with approximately three hundred rooms at the bottom for workers. 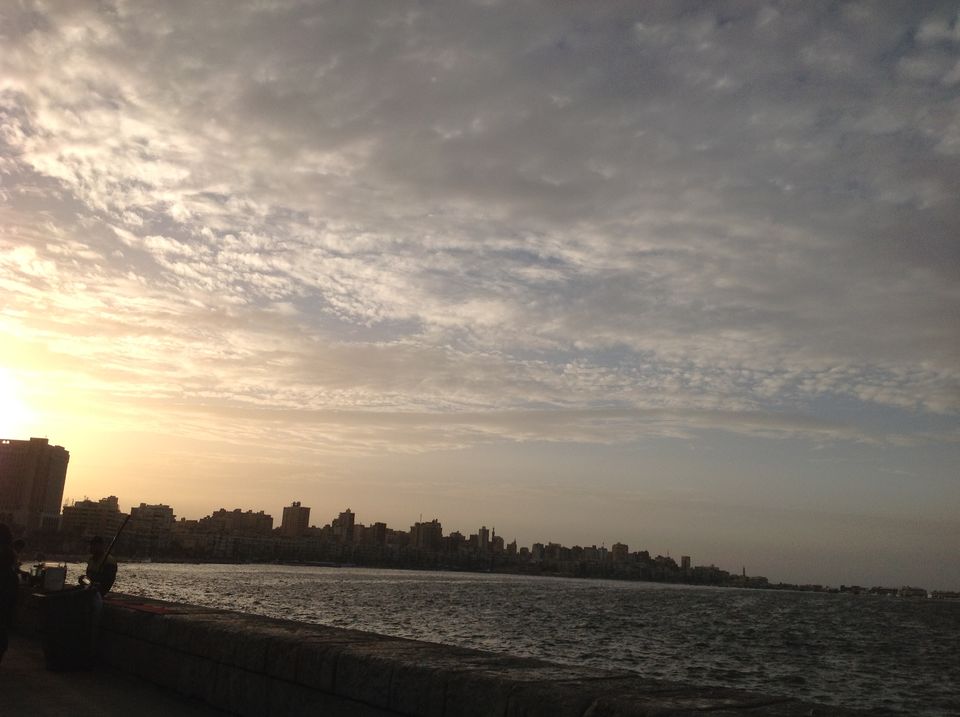 A road trip of two and a half hours from Alexandria, we reached Cairo, the city of the Pyramids. A light and Sound show near the Pyramids narrated the story of the 3 pyramids of the 3 pharaohs-Cheops, Khefren and Menkaure, with smaller pyramids beside them for their near and dear ones. A camel ride through the desert revealed nine pyramids on the Giza plateau, along with the Sphinx, the witness of history, having the head of a human and the body of a lion, signifying both wisdom and power. The most exciting part of the travel in Cairo included a visit to the Egyptian Museum. The absolutely staggering collection of antiquities displayed in Cairo's Egyptian Museum with the Royal collection of mummies where we can see Hatshepsut, Tuthmosis II, Ramses II, and Seti I in person, make it one of the world's greatest treasures of history. The city preserves the country's most precious imprint of historical legends in Papyrus, the plant, which was used in ancient times to make paper in order to depict and protect ancient tales of the kings, the gods and the Heiroglyphic alphabet of the old times. The religious part of our tour included the place where the Holy Family stayed during their flee on Jesus's birth, Hanging Church, and Ben Ezra Synagogue, which was originally a church, but later acquired by the Jews. Cairo ended with a visit to the famous Khan el Khalili, the famous bazaar of Old Cairo. 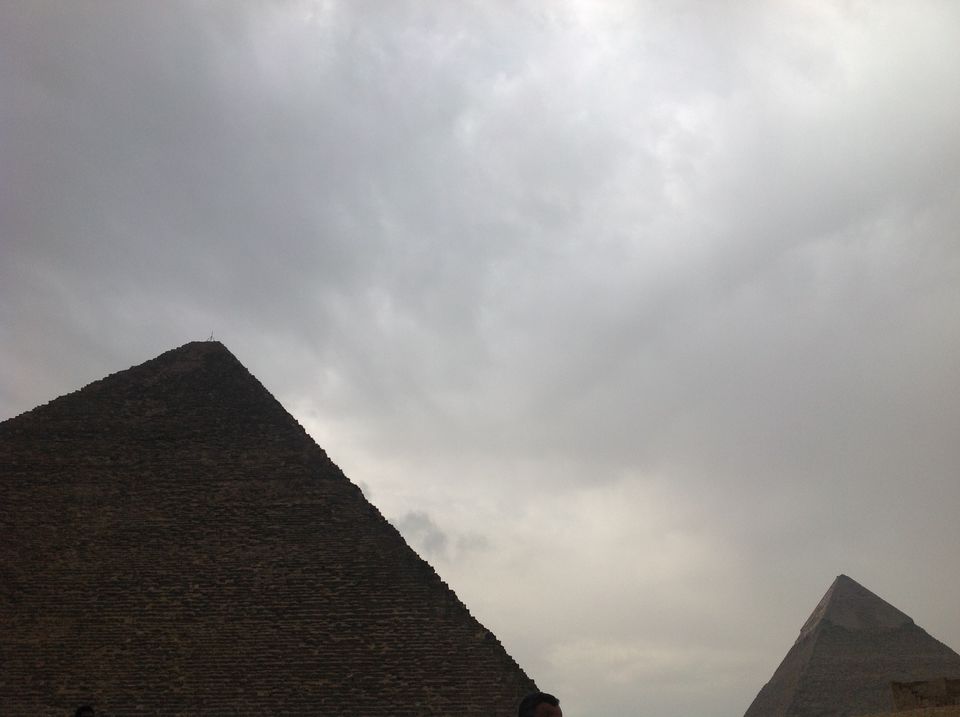 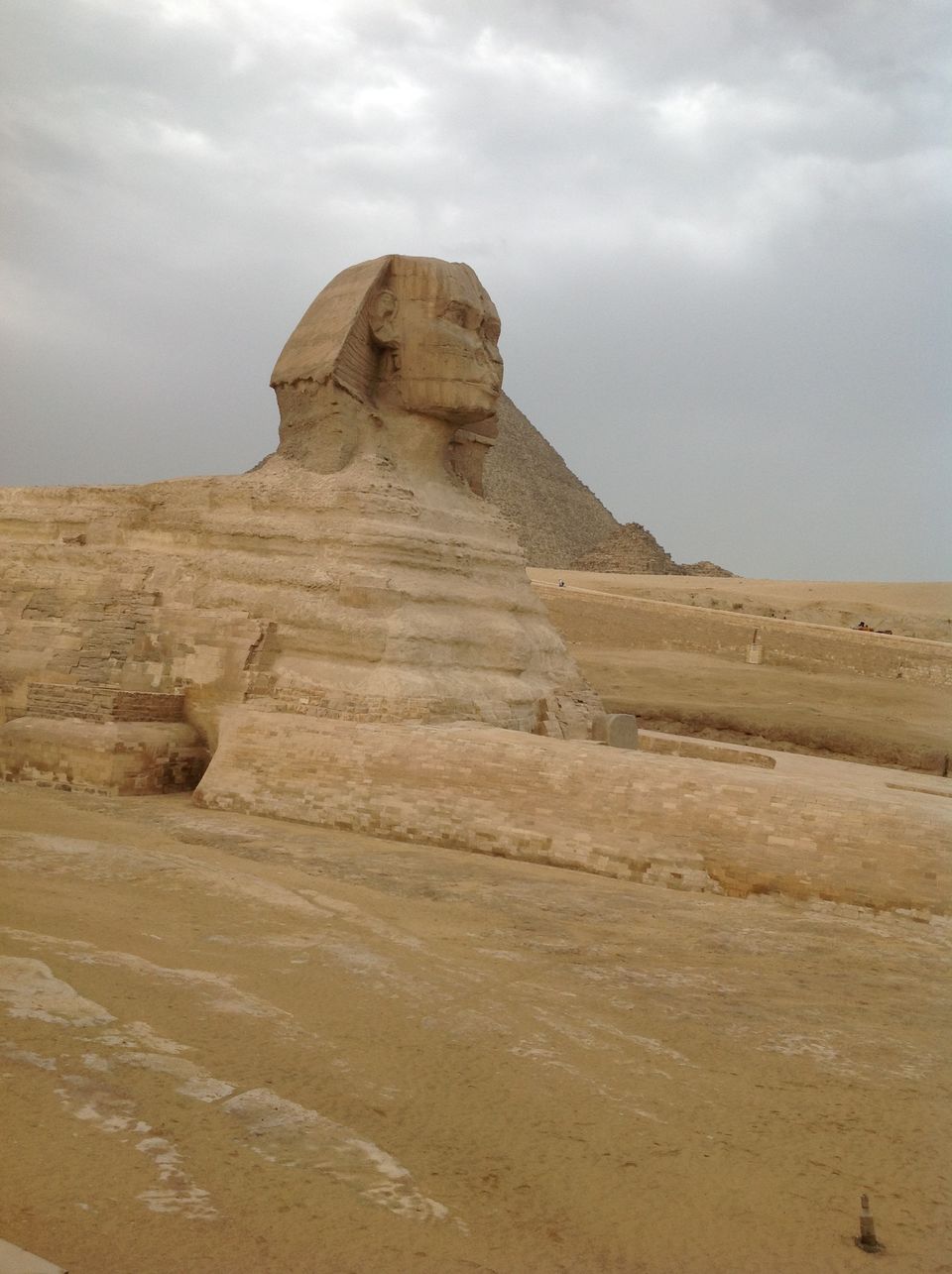 We landed in Luxor, the next morning by flight, to step abode on the Nile Dolphin Cruise. Luxor, a quiet and green city, quite unlike the busy Cairo, had two banks-The East bank, signifying Life, and the West bank, depicting Death. The East Bank comprised the Karnak temple, built over 2,000 years and dedicated to the Theban triad of Amun, Mut, and Khonsu, as well as the Luxor temple, built by several kings down the dynasties. A hot air balloon ride from the West Bank, after travelling by boat to the opposite side of the land, gave a bird's eye view of the Valley of the Kings, the Valley of the Queens, and the temples on the West Bank, not to mention, having a wonderful glimpse of the sunrise from the blue sky among the clouds. The West Bank consists of the Colossi of Mnemon, Mortuary Temple of Queen Hatshepsut, Colossi of Mnemon, the Valley of the Kings, and beside it, the Valley of the Queens. The Valley of the Kings echoed the Egyptian belief that "To speak the name of the dead is to make him live again" through the building of the tombs. The Valley has 62 tombs, over several dynasties, including Ramesses IV , Ramesses  IX, Merneptah, Ramesses VI, Ramesses III, Seti I, Tuthmosis III, Amenhotep II, Horemheb, and Tutankhamen. Among them, the last tomb to be discovered of the youngest king, Tutankhamen on November 4, 1922 by English archaeologist Howard Carter, which is the only tomb still containing the Mummy. 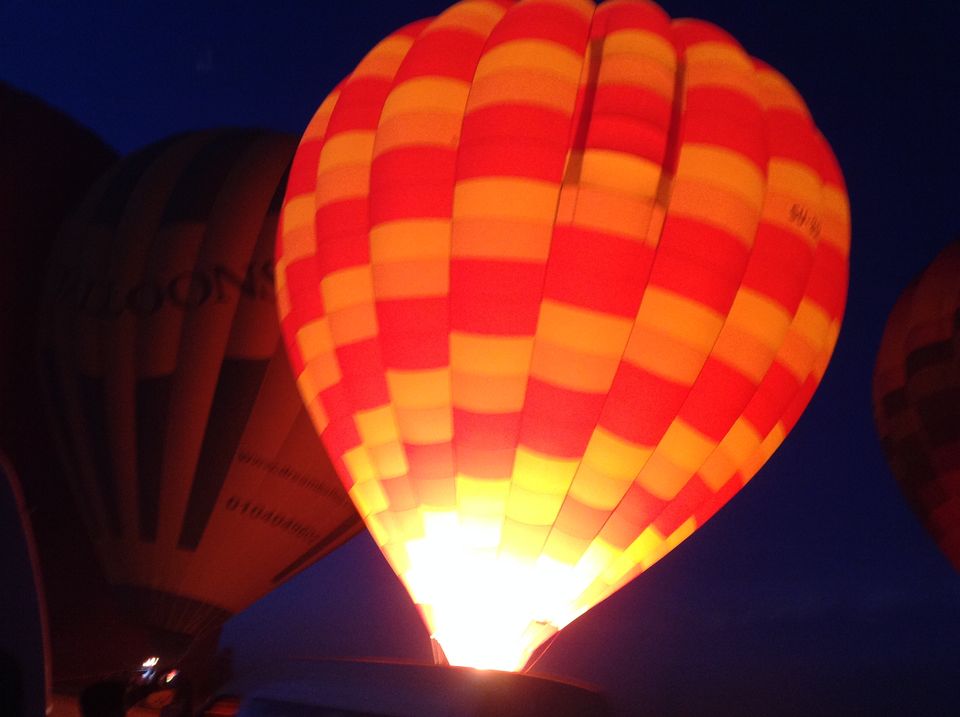 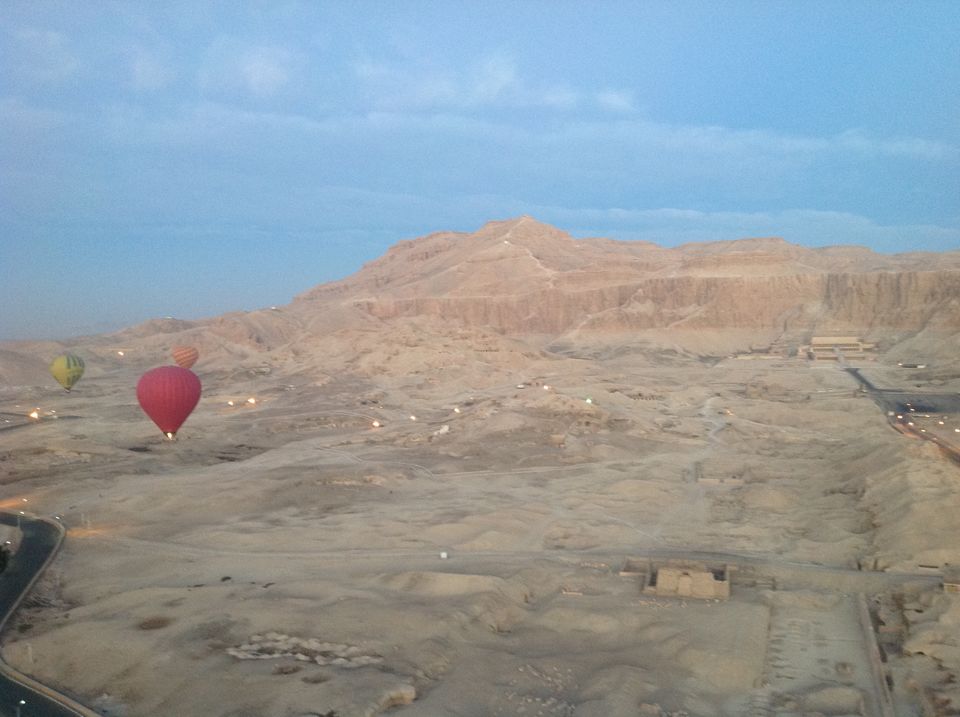 Sailing on the Nile, we visited Edfu, the next day. We took a horse carriage ride to the Edfu temple, which revealed the story of revenge of Isis on the killing of her husband Osiris by his own brother, and the education she gave to her child Horus, represented by a falcon. Edfu comes from the word "Eb-fu", meaning revenge. Edfu is "The Place Where Horus is Extolled", the temple being dedicated to him.The city lodges the Temple of Kom Ombo, which is an unusual double temple built during the Ptolemaic dynasty in the Egyptian town of Kom Ombo. The southern half of the temple was dedicated to the crocodile god Sobek, god of fertility and creator of the world with Hathor and Khonsu. Meanwhile, the northern part of the temple was dedicated to the falcon god Haroeris, also known as Horus the Elder, along with "Tasenetnofret (the Good Sister, a special form of Hathor) and Panebtawy (Lord of the Two Lands)." The temple also has a Crocodile museum, preserving the mummies of the crocodiles which used to stay at the temple itself. 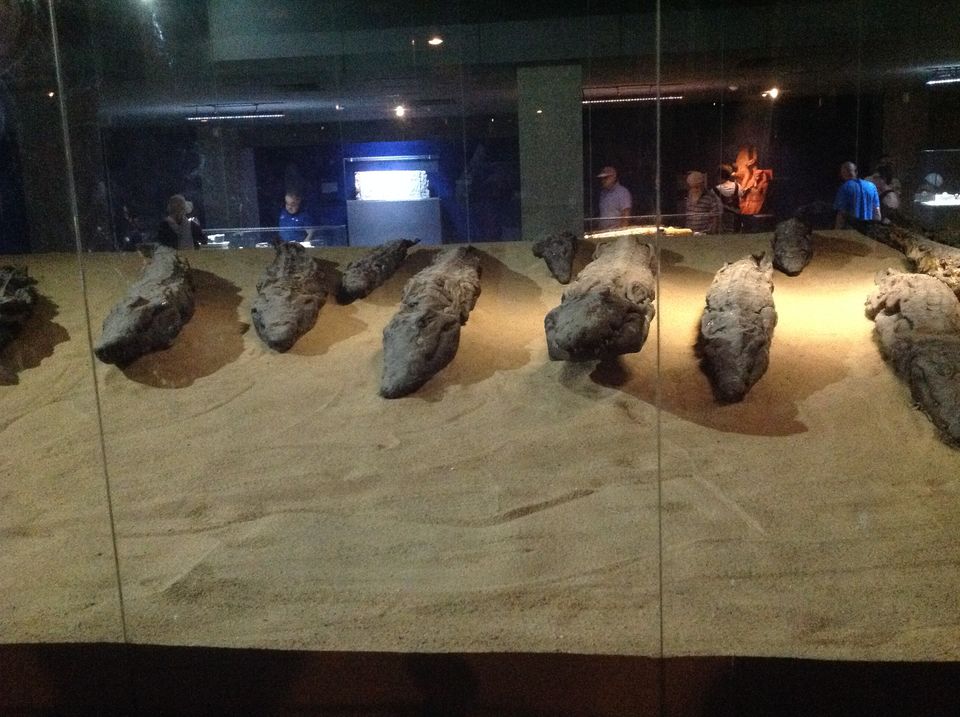 The trip concluded with the beautiful city of Aswan. The city, getting its name from the trade of spices and merchandise which took place here long ago, is now famous for its production of perfumes. The temples here also depicts special rooms or "laboratories" with carvings showing the process of making a perfume, the most special offering to the Gods. Here, we got to see the High Dam, built alongside the Old Dam. The High Dam lodges one of the largest artificial reservoirs of water, the Lake Nasik. The barrier in the High Dam prevents the crocodiles of the Nile to drift in Nile waters in the other part of the city. We also came across the Unfinished Obelisk. Possibly intended as a companion to the Lateran Obelisk, originally at Karnak but now in Rome, it would have weighed over 2.3 million pounds and would have been the world’s largest piece of stone ever handled. However, a crack in the stone occurred, which caused it to be abandoned. The temple of Philae, which originally moved underwater after an earthquake ramshackled the civilisation, has been now transported, brick by brick, to an island by UNESCO. The temple's construction is very similar to The Edfu Temple. The trip would have remained incomplete without a visit to the Nubian village, where the Nubians, the original residential population of Aswan were housed. The Nubians were unique both in their language of communication, which had a secret verbal vocabulary without any written script, as well as their habits of keeping small crocodiles in their homes as pets. 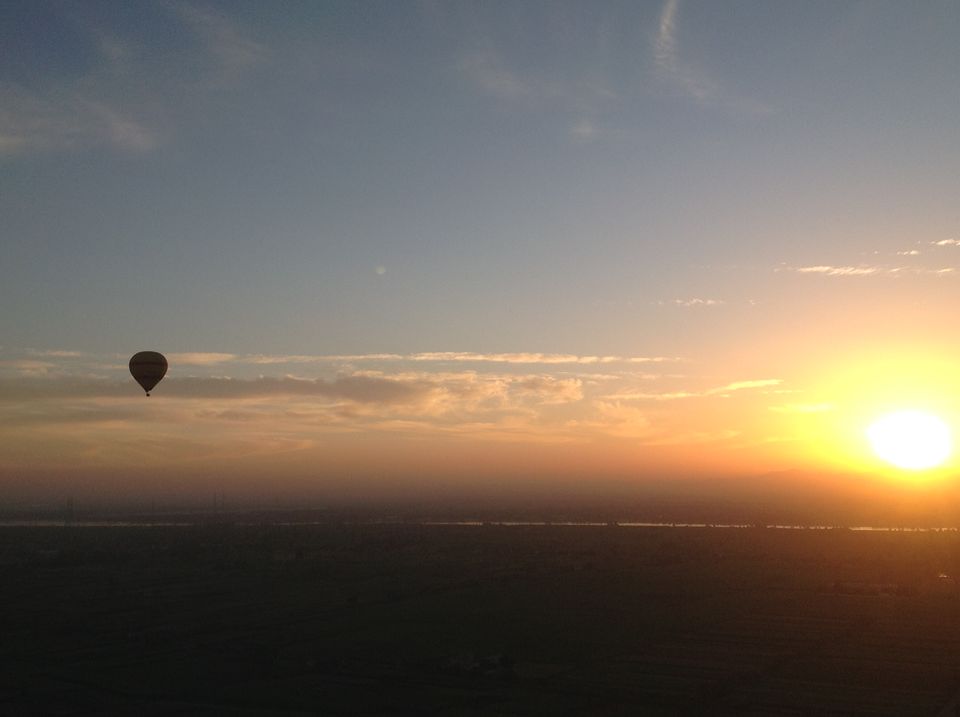 Driving along the roads of Egypt, walking alongside the Mediterranean shore, sailing on the beautiful Nile, altogether was truly a beautiful journey across time through the country which was a witness of history's priceless treasures. "We'd love to drop all and explore the world outside, we tell ourselves, but the time never seems right. Thus given an unlimited amount of choices, we make none.Vagabonding is about refusing to exile travel to some other, seemingly more appropriate, time of your life."(Rolf Potts, Vagabonding) 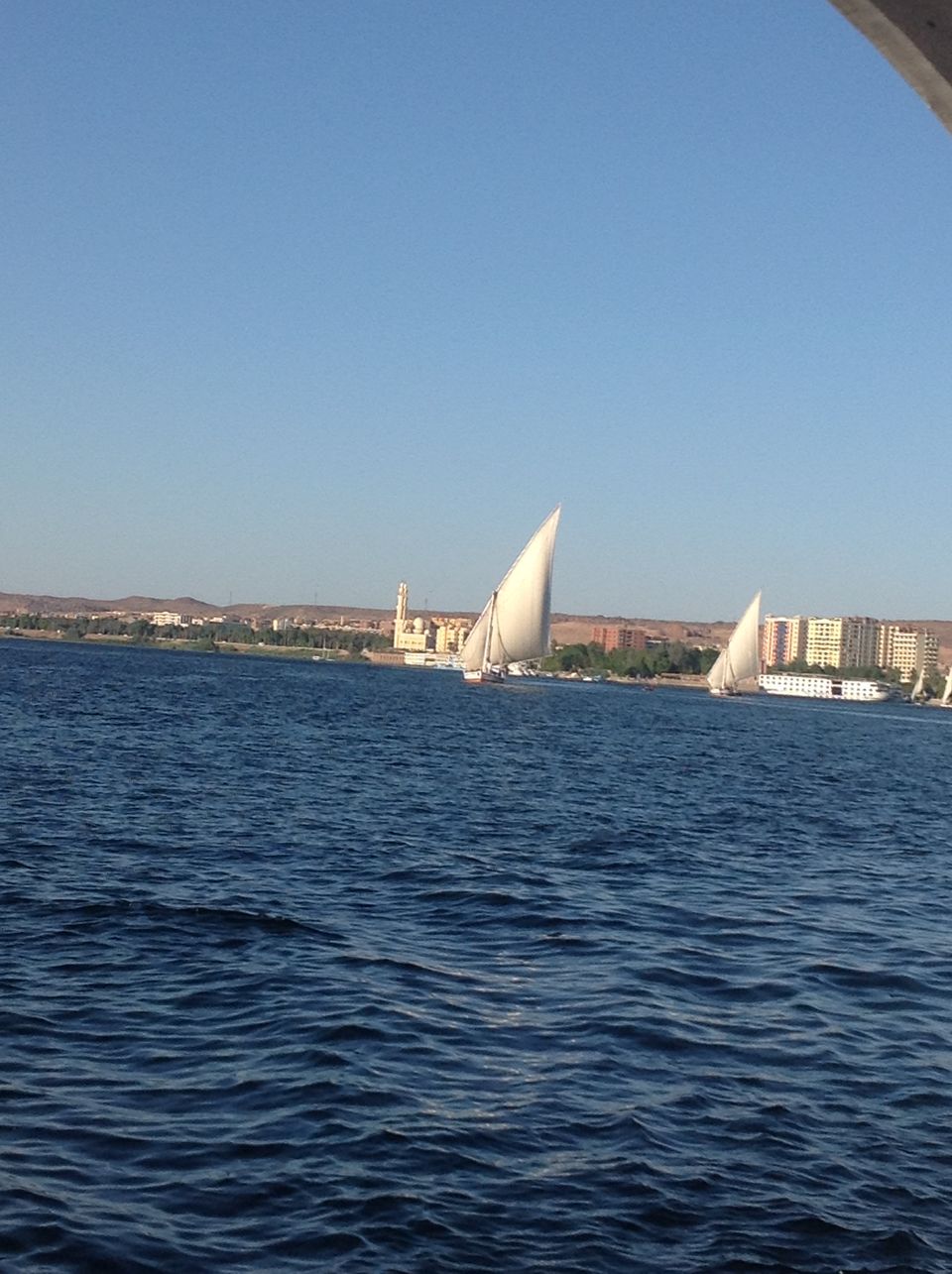