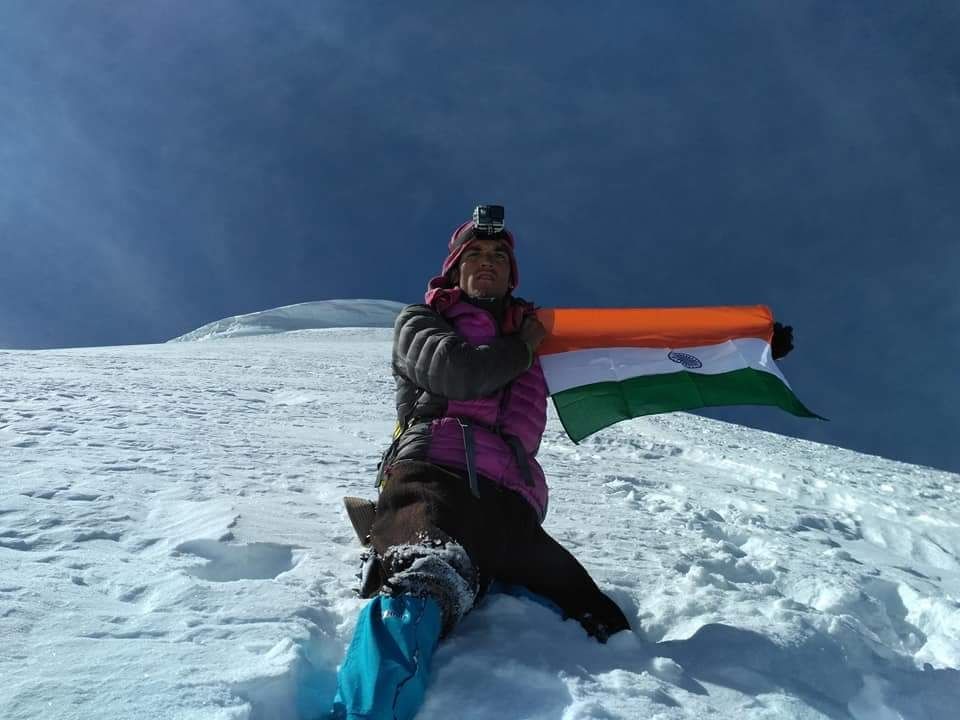 Black Peak blog story Traveling was the only thing Ganga Rana always wanted to do in his life. Hailing from osla uttrakashi , this avid traveler started his travel when he was a small boy itself. He started by traveling to nearby places with family and friends. later, his traveling boundaries expanded as he grew up. Once he covered the entire Northeast, he stepped into the North. He trekked, traveled, and climbed. North India attracted him with its beautiful landscape and climate. But what attracted him the most was the majestic mountains! He realized that his love for mountains is something that cannot be replaced by anything. So, he decided to convert his passion to profession. Thus, he moved to Uttarakhand and became a mountain guide. Even though he climbed many mountains, one mountain which was always there on his bucket list was Black Peak (6387 meters). Here is the story of Ganga Rana, and how he ticked off his bucket

Black peak also known as Kalanag (which means black cobra) is located in Bandarpunch massif in Uttarakhand. It is the highest peak in the Saraswati mountain range, others being Saraswati Devi Parvat and Hanuman Parvat. It is close to the Ruinsara Valley. Black Peak is located on the north-west of Bandarpunch. It got its name as Kalanag due to its top part resemblance with the black cobra. The peak provides a very steep descent and gradual southern approach but towards the Northern slope, it features a very steep, almost vertical slope.

The expedition was scheduled for 16 days starting from September 16 to October 2. Ganga Rana was accompanied by three of his friends. All of them were expert climbers and had all the equipment and kits required for the expedition. Ganga Rana and friends reached Dehradun from Delhi.

Next day, they reached Taluka from Dehradun, a small hamlet nestled in the laps of nature via Purola and Mori. They set up camp at Taluka as that was the starting point of the trek. They stayed in the tents that day.

Next day started with the gentle trail towards Osla. That day the trek was through beautiful forests of Chestnut, Walnut and Willows. The landscape and the path were so beautiful that Ganga Rana and friends were happily enjoying the walk. A gradual ascent brings them to the picturesque Osla village along the swift rivulet. They stayed in the camp that day.

They visited the holy Ruinsara Lake the next day. The views of the Swargrohini Range were particularly impressive from there.

They reached Kyarkoti, which is situated at the base of a mountains range and is mainly a grassy patch of land with boulders around, next day. It is surrounded by snow clad mountains on the three sides. The nearby spring made it an ideal site for the base camp. Black Peak can be viewed from the base camp.

Ganga and friends established Camp 1 on the sixth day. They reached Camp 1 after four hours of trekking from the base camp. After crossing a high land just next to the base camp, they trek on grassy land with gentle down-slope till they reached a spring which is dotted with boulders. After steep climbing reached reach the path which crosses through landslide region. Then they descended one grassier path which was followed by two patches of moraines. In the last part of trek they had to do some easy bouldering to reach Camp 1 site.

Ganga and friends had to trek for three hours the next day to reach the Camp 2 site. Black Peak was clearly visible from the camp towards the south-east. Camp 2 was located at a height of 16500 ft. They did load ferry and came back to Camp 1 after they established Camp 2.

Next day they established Camp 3 on a large hump of snow with Black Peak visible in the southeast direction. The camp was at a height of approximately 18000 feet and had to be reached circumventing a number of crevasses. Towards the north was Swargarohini and towards the south stood the beautiful peak of BanderPunch. Next day was the summit attempt!

They started the summit push at 2:00 am in the morning. They fixed up a rope to negotiate an almost vertical wall of snow. The weather was fine, but it was still cold. They had to negotiate a number of crevasses. Since one of them was feeling a bit tired, they slowed down a little bit in between. But once he became okay, they picked up the pace again.

The climb of 100 feet before the summit was the most difficult and risky. The snow was hard and the slope was very steep. Ganga opened and fixed the route whole day wherever required. Finally, the summit was on a ridgeline. It was flat on top.

They were on the summit of Black Peak!! The moment felt like magical. Ganga Rana’s eyes filled with tears of joy. After some taking some photographs and rest, they started to climb down. They were careful but fast while climbing down. They reached Camp 3, and then Camp 2 that day. Next day they reached the base camp and left to Dehradun. 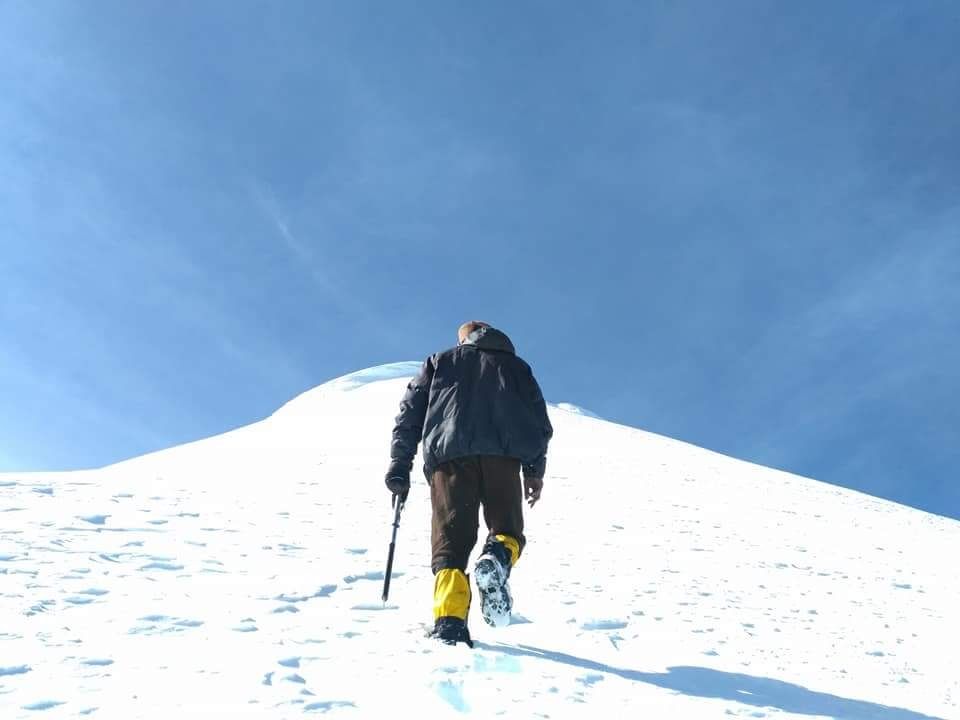 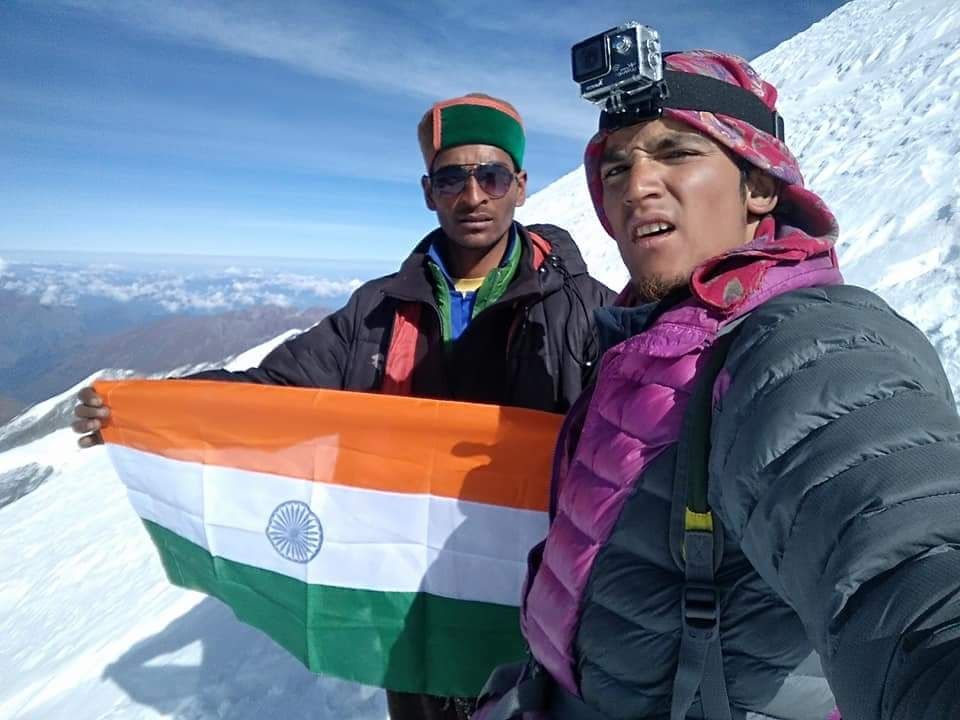 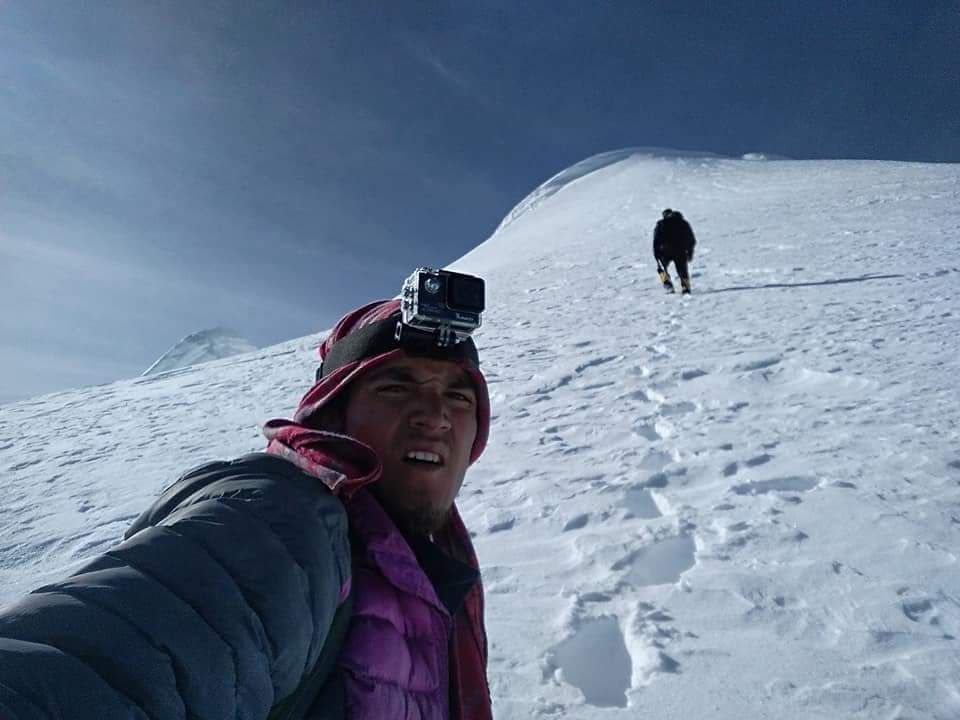 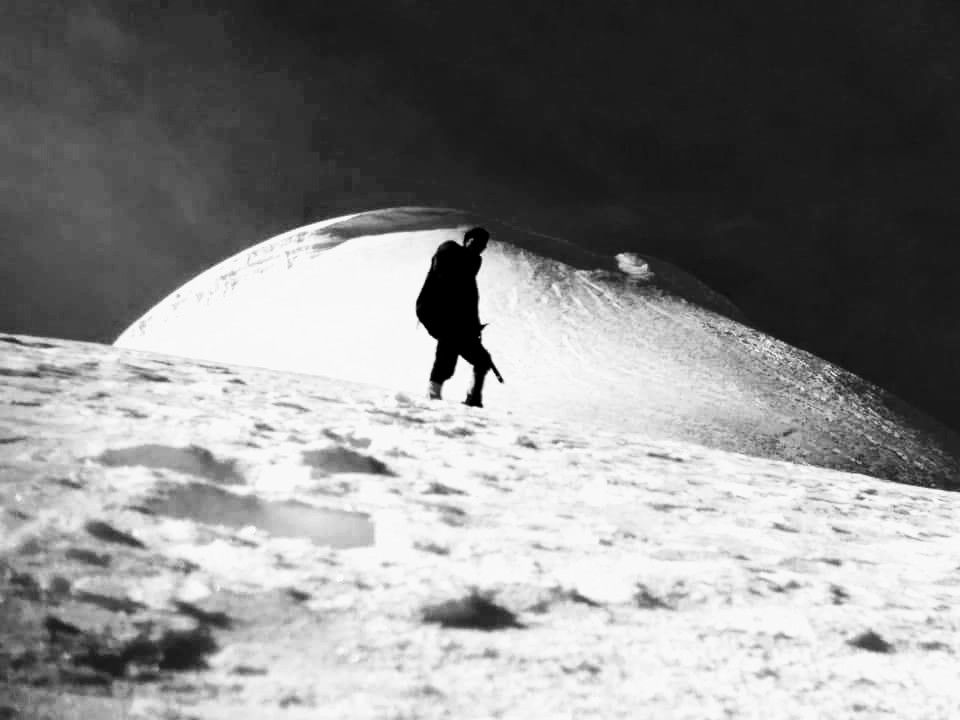 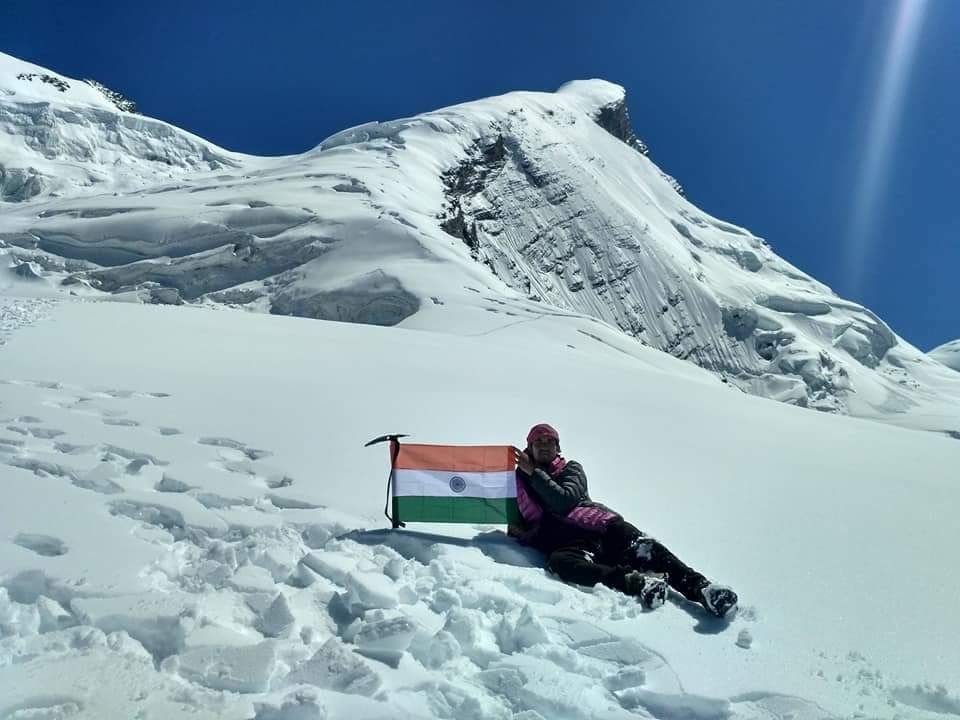 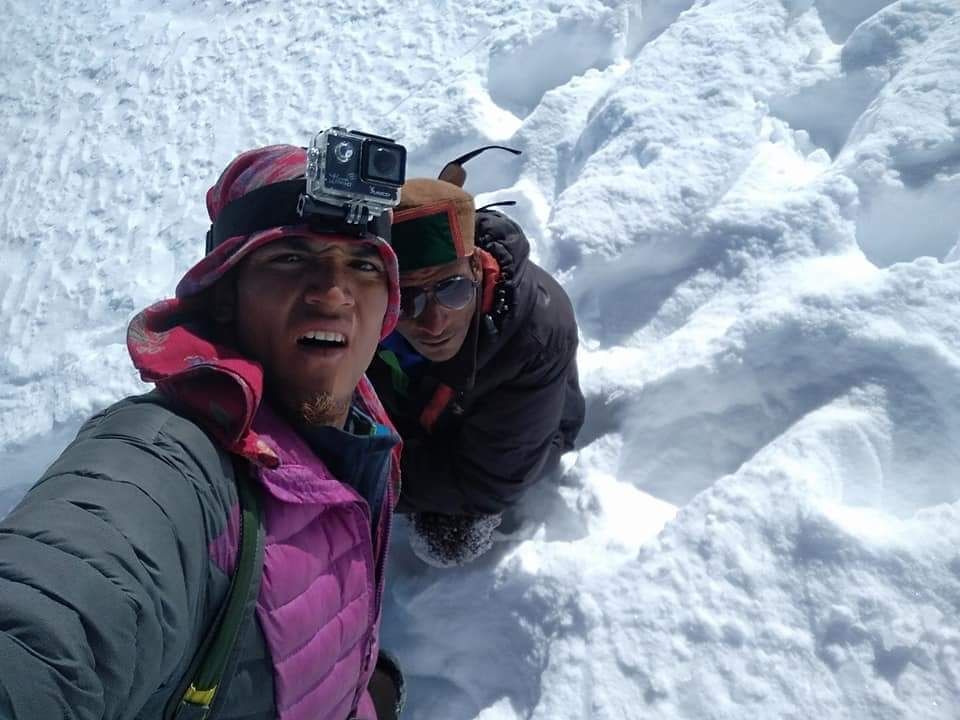