Echoes of the temples

Echoes of the Temples

How many tales their music tells

The Southern part of India has its own charm with its exquisitely crafted temples showered with flower decoration, beautiful beaches, stunning silk sarees, unique ornaments, and their equally famous coconut based food.

“Success lies in the details” and this definitely comes true when you glance at those minute details of idols equally given attention while structuring these temples.

I frequently heard people visiting the temple of Tirupati Balaji, the God who dwells in seven hills situated on the seventh peak of the Tirumala Hills.

People across India visit this serene temple just to have his glimpse. Visiting the temple during Purushottam (i.e. an extra month in the Hindu calendar) is believed to be very auspicious. It is said that, the persons performing good deeds in this month conquer their senses and they totally come out of punar janam (i.e. cycle of rebirth) and also their miseries are eradicated and reach moksha.

Well I had no idea about all this detailed information until it happened..!!

It was late evening on 19th Sept 2015, that we heard people saying it is “Garuda seva Festival” a part of an on-going Brahmotsavams in Tirumala” very auspicious time to visit Lord Venkatesha and devotees participate in the golden chariot procession. With all enthusiasm we headed for Tirumala. As we reached it started pouring and the entire atmosphere had become smoggy, the gust of wind made me shiver and the devotees were hurrying up to catch the queue.The entire town wore the festive look and the devotees cheering “Govinda Goovinda” charged the air as the stunning chariot went around the lanes. The colorful procession lasted for hours. The atmosphere was simply breathtaking.

We kept appreciating the beauty of the temple, the fruit and the flower decoration was stunning, the dome of the temple which is of gold was shining as bright as the sun. Cheering was in full swing .With all the liveliness we entered the temple and then we saw “Sri Balaji” Oh my Gold! We were awestruck!

It sent shivers down my spine as I saw the marvellous gold plated idol.

So peaceful, it was like a silent conversation with him and it lasted only for a second. You experience ecstasy in that moment itself. It is the moment of surrender. Even while writing I can sense those powerful vibes. He was shining beautifully with all his glory.

We all say we had darshan of God when we go to any temple but in true sense, it’s the darshan the god gives us out of love on us.

The Kalahasti temple in Chittor is dedicated to Lord Shiva. It is stunning white temple with detailed carvings of the god. Srikalahasti temple is also associated with Rahu and Ketu, (of the nine grahams or celestial bodies in the Indian astrological scheme). Sri Kalahasti Temple is also famous for performing poojas for Sarpa, Rahu, Ketu Doshas. It is believed to be very peculiar and powerful pooja. The idol was beautifully dressed and the fragrance of camphor (kapur) and dhoop had filled the temple itself. 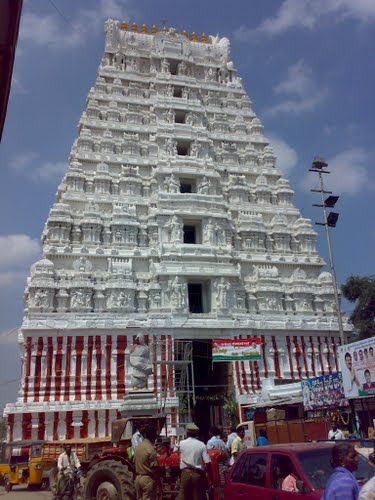 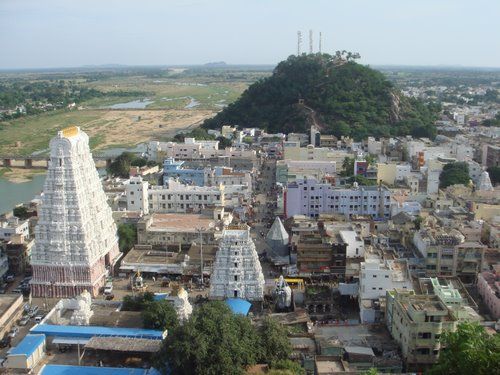 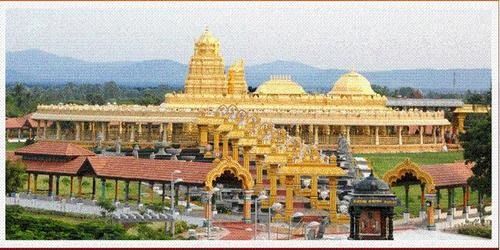 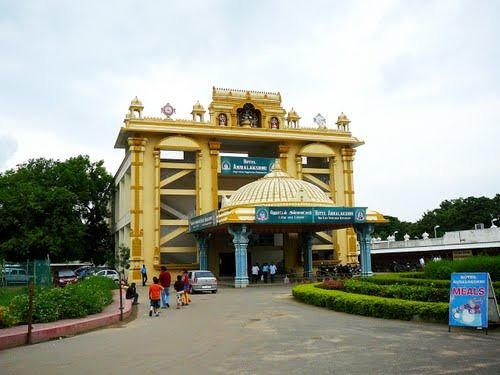 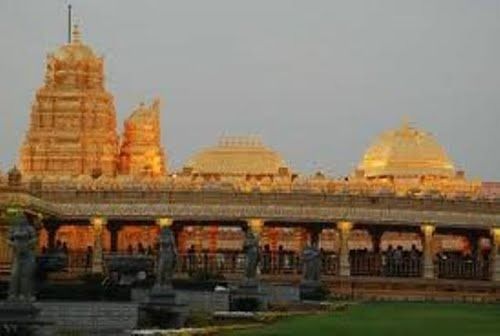 “Aao re nacho re raas rachao re

Guess who is the charming flutist, the sensational dancer who dances with Radha and her gopis and fills the entire atmosphere with dynamism by performing Raas Leela-The Dance of Passion. Iskon is always been my favorite temple, Krishna leela is very much rejoicing. The idols looked marvellous in their dazzling dress. It was a pleasing sight indeed! 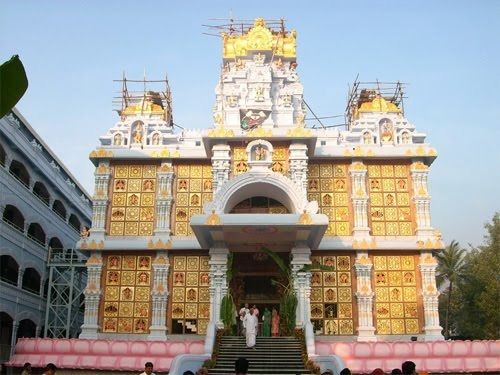 Padmavathy had been granted a boon in her earlier birth that she would be married to Lord Vishnu. Princess Padmavathy was found in a lotus (Padma means lotus) Goddess Mahalaxmi herself. She resides deep inside the temple decorated with breathtaking flowers. The fragrance of camphor (kapur), incense sticks and chandan dhoop had filled the entire temple. It was mesmerizing site indeed. 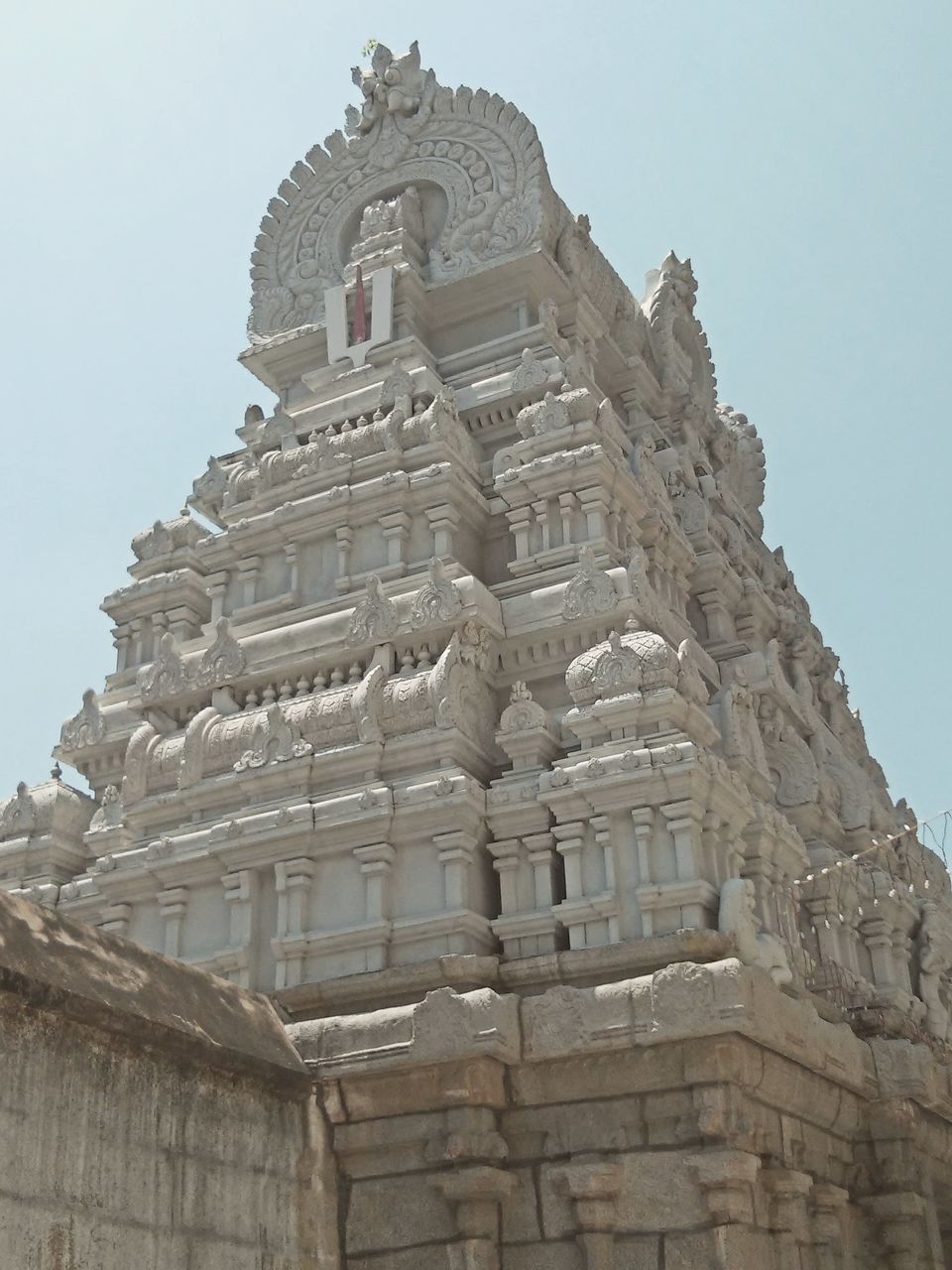 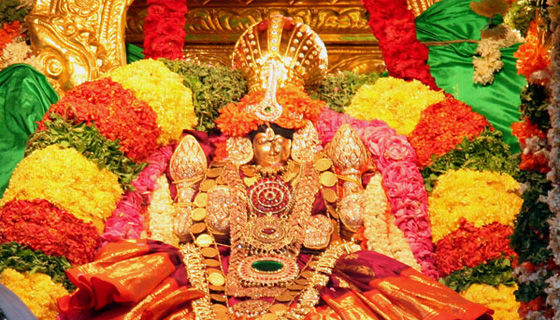 When uttered this word, what reflects in mind is the Golden Temple of Amritsar, the Highest Body of the Sikh’s pride.

Never knew about Mahalaxmi Golden Temple in Vellore. If you are in Tamil Nadu, Vellore must be in your “To Visit List”. Yes, an estimated over 600 Crores of Indian Rupees spent, to construct a true Golden Temple for Goddess Mahalakshmi, You keep appreciating the beauty around the temple and then you see the Golden Temple and OH MY GOLD!

Golden Temple in Sripuram, in the city of Vellore is a sight to behold. The carvings on the temple are magnificent. The pond full of coins, dazzling in the moonlight offered by devotees surrounds the temple. It is believed everything in the temple has vedic significance including the star shaped path known as Sri Chakra. The temple is certainly a must visit for its stunning beauty and grandeur.‪

Well the pilgrimage to Tirupati has truly been a divine experience. Those morning bells, the marvellous temples, those dazzling idols, the fragrance of lighted camphor, devotees cheering aloud, I can still feel it by closing my eyes.

And thus we conclude our journey!