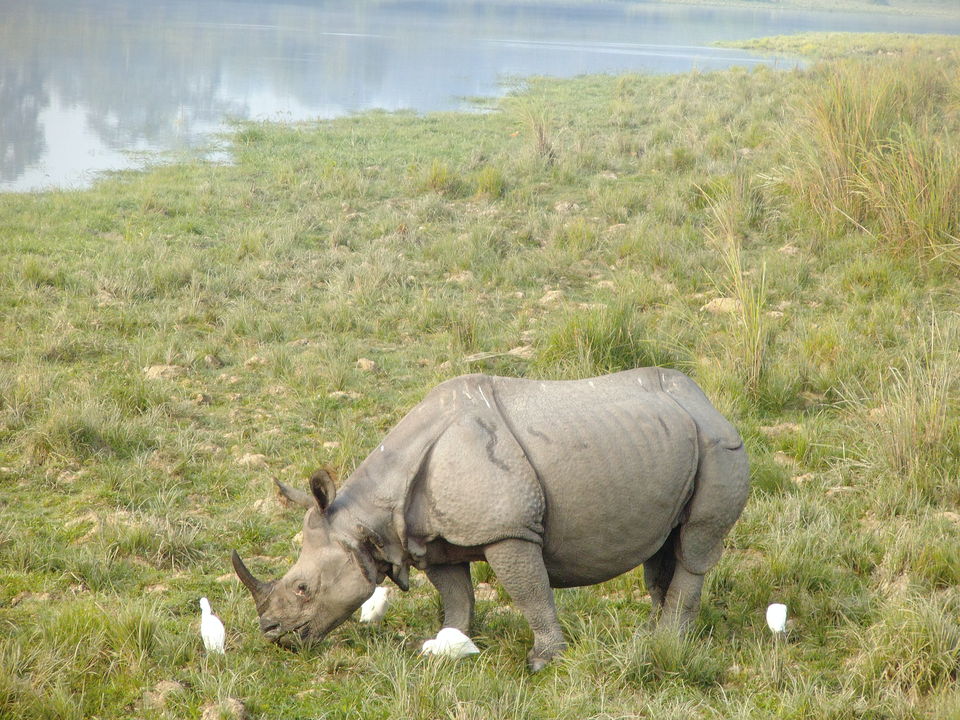 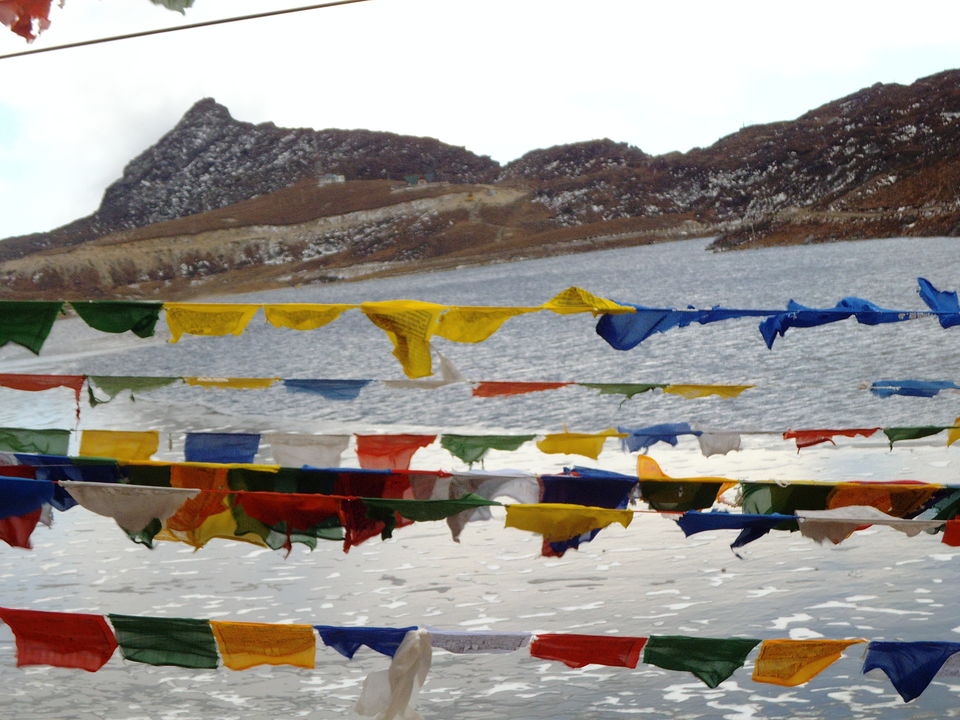 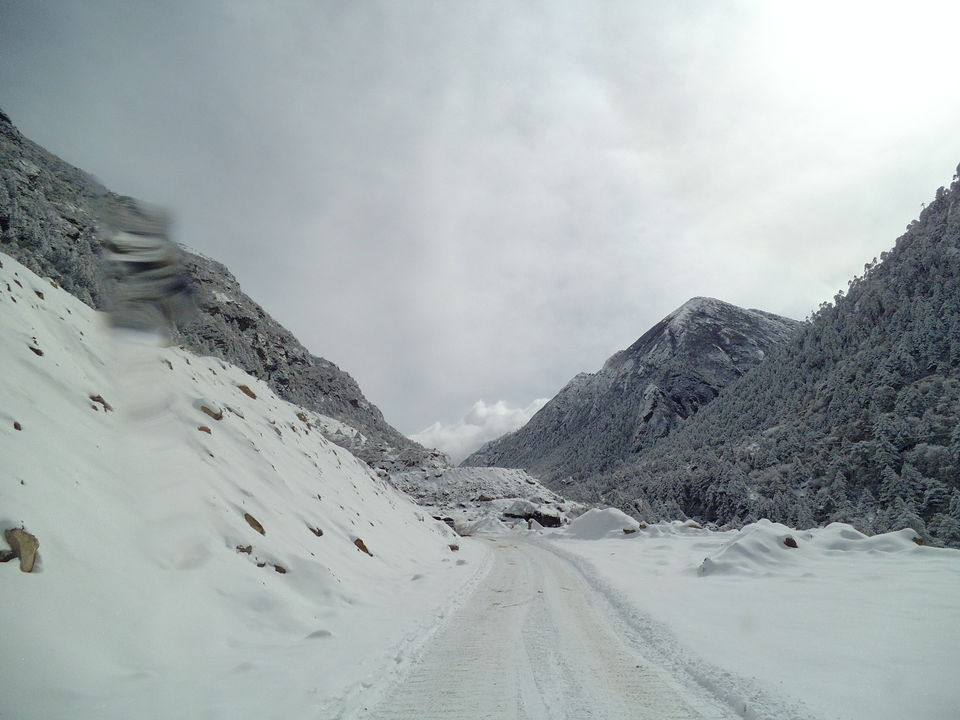 fixing the rope onto the tyre 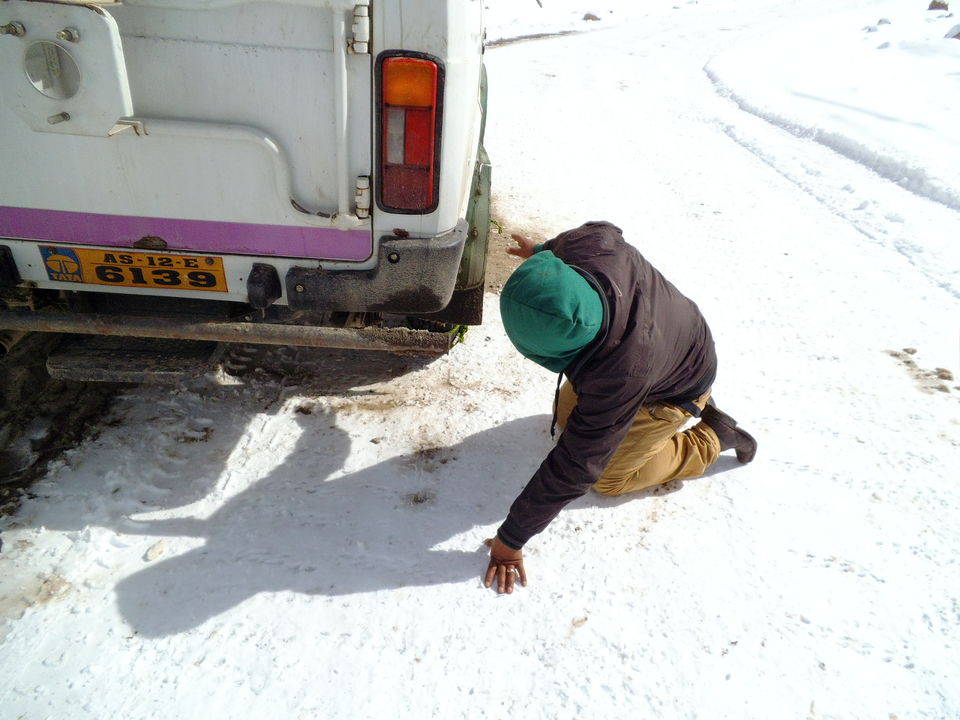 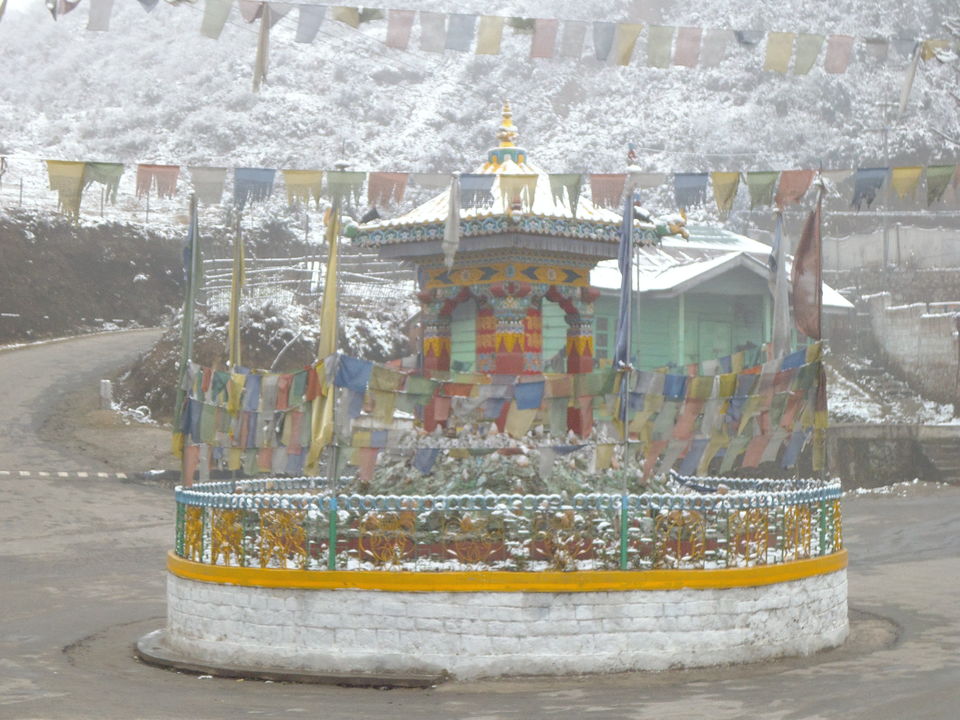 We have seen the outline of these states in our geography books. Memorizing their capitals was always difficult. It was easier to refer to them as the seven sisters. The allure of the North – Eastern states fascinated me. I decided to visit Assam and Arunachal Pradesh. Guwahati was like any other metro city. The sweets did not disappoint, I would stuff my face with a ‘kala jamun’, parcel a few for the hotel and take a bag of ‘pedhas’ ,just in case! Our next stop, Kaziranga National Park blessed us with sights of the one horned rhinoceros, a herd of wild elephants, spotted deer and storks fishing in a river! We avoided the Elephant ride though.

What I was not prepared for was the 14 hour ride from Tezpur to Tawang (Arunachal Pradesh), one of the 8 least populated districts in the country. Our special permits were checked by the security forces. Encountering Border Security Force in the country is not common and fostered the feel of adventure. The roads were long, narrow and treacherous with BRO signs that read ‘After whisky, driving risky’ greeting us! Our lives were literally in the hands of Tashi Bhaiyaa and Gopal Bhaiyya (our drivers). They were young men who tread this road regularly.  We started at 3 :30 a.m and stopped for breakfast on the way. There were little houses along the road and Gopal Bhaiyya was friends with one of them so they invited us in to stand near the cooking fire for some warmth. We had thupa and momos! Until then the road was in a decent condition and there were lush green trees wherever we looked. Our next stop was lunch. It was a small place which served you all you could eat for a mere RS100. There we had the Red hot chilli chutney with rice, roti, a very tasty green leafy vegetable. It was the healthiest highway meal I have ever had. The shop next door had a basket of puppies which warmed our hearts. We reached the Sela Pass which was adorned by Buddhist prayer flags at an elevation of 13,700 ft . The pristine lake took my breath away only to learn that there are a hundred more in the area! There tress were sparse and now it was just rocks and mountain just the bare earth. We found a decent place to stay in Tawang late around 7 30 p.m and we were welcomed with a fierce snowfall. Gayki  Khang Zhang was our abode for the next 3 days. The next morning the snow had melted so I forced my friends who were too comfortable in their sleeping bags to take a walk to the Tawang monastery. I was greeted by young students running past me clothed in the traditional ‘kasaya’ at the Tawang Monastery. Their laughter, the chants, the sheer tranquillity left me with nothing but peace.

On our walk back the rain god paid us a visit. And a small tea stall offered us their roof. We devoured the Sili roti ( Sesame seed and sugar in rice bread) and some hot lemon tea to go with it. The quaint town was adorned with snow that night and the next morning we could not even see our shadows! On our way back we were grateful to the Indian army and the locals who were shovelling the snow aside since the roads were slippery and all we had between us and the edgy cliffs was a nylon rope around the car wheels. They were present at every point helping the traffic and saving lives.

We made a little halt at Bhalukpong and stayed at a modest family run hotel Solu! The rooms were clean and the family was very hospitable. In the morning the view of the river along the hotel was serene.

Back to Guwahati we took up a room at the Ginger Hotel and it did not disappoint. We visited Paradise restaurant for their acclaimed ‘thali’. Assamese food we discovered is satvik, simple and easy on the stomach. Although we were surprised to see that they served pigeon meat! Assamese food has a great variety and their bamboo shoot pickle is my favourite.

Although I will warn the faint hearted it might be pungent for some just like this journey!