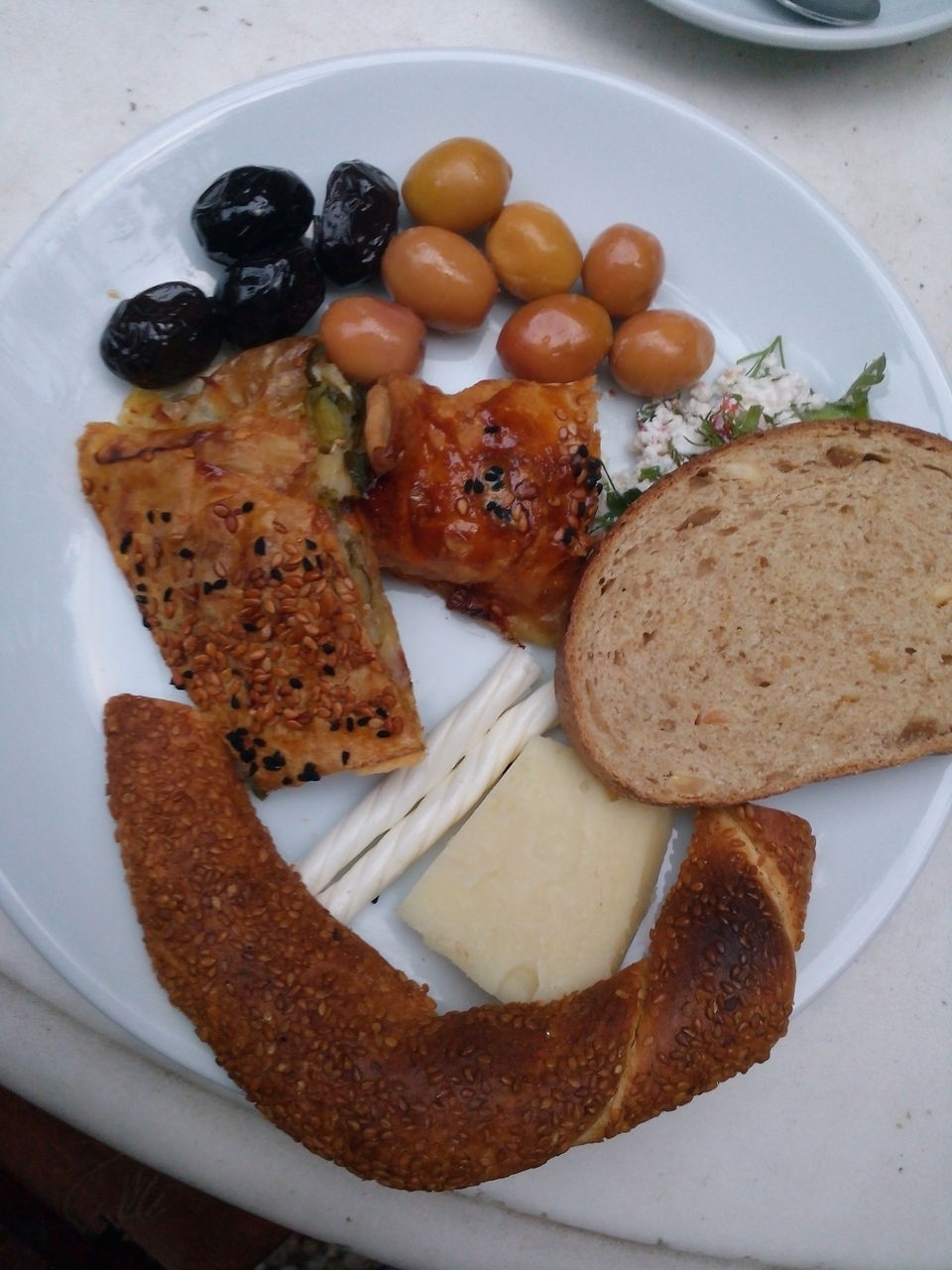 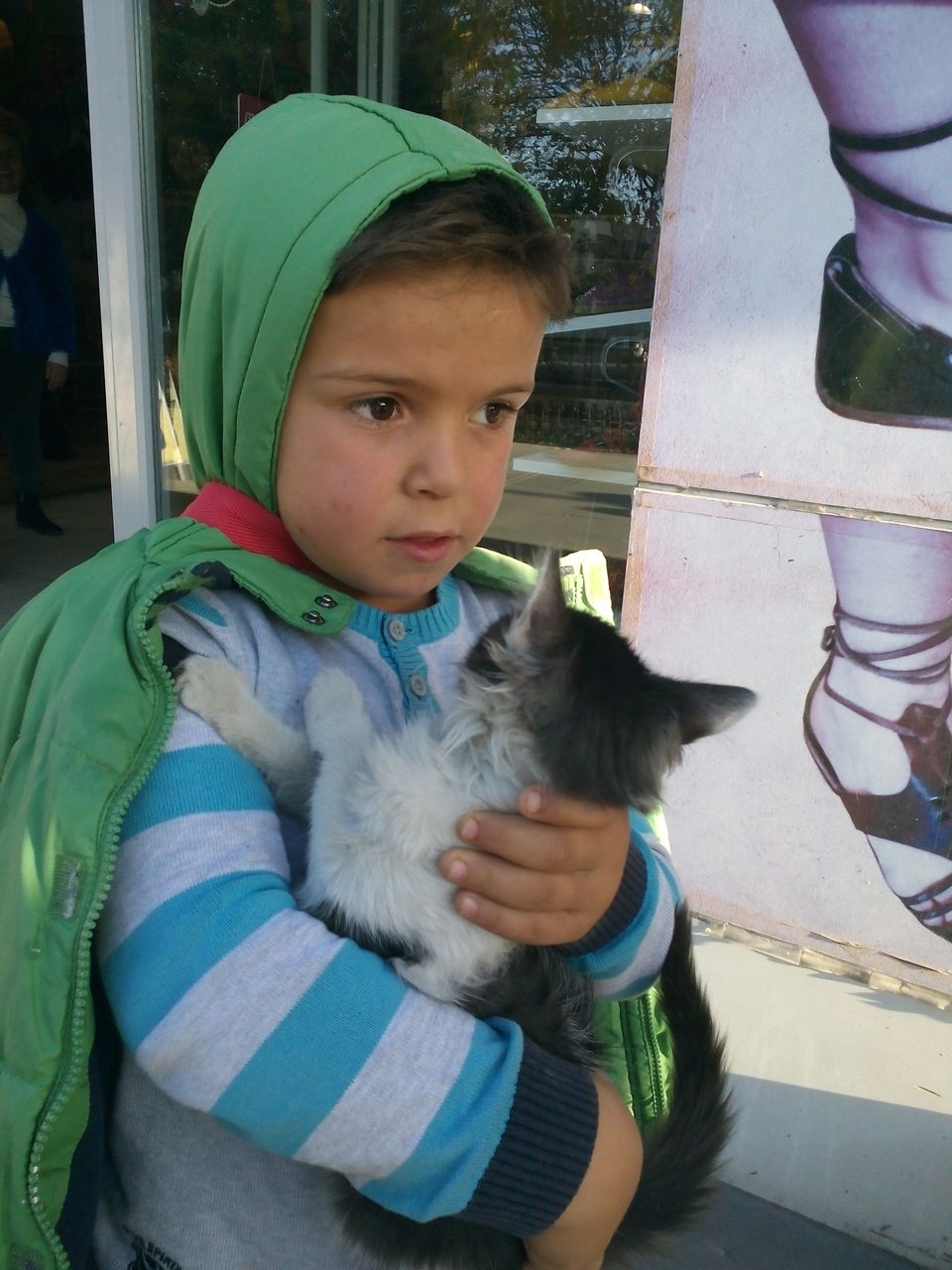 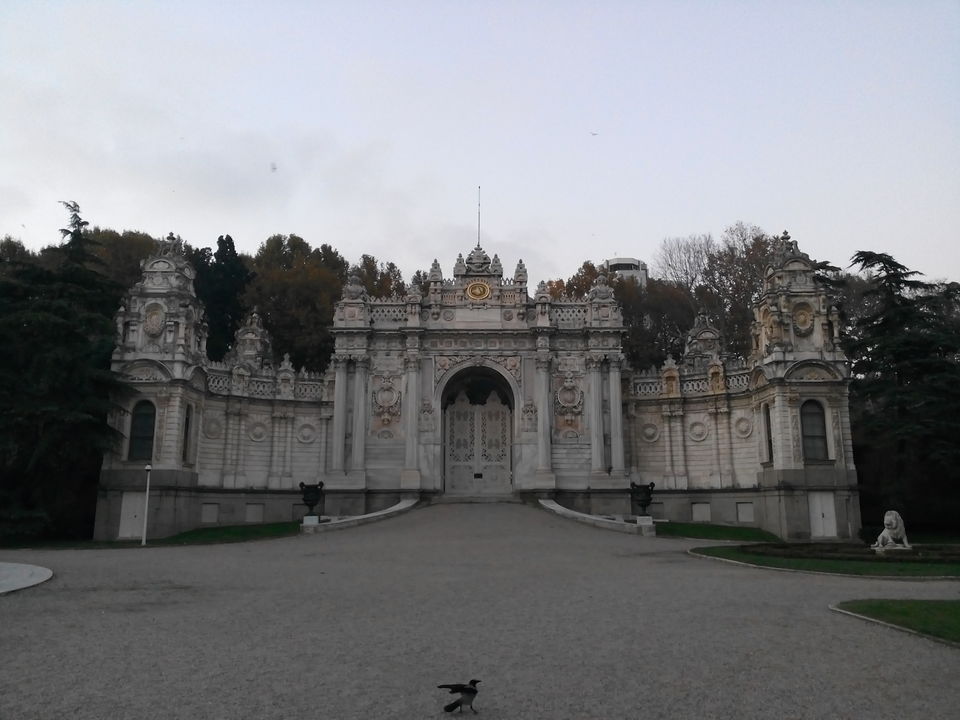 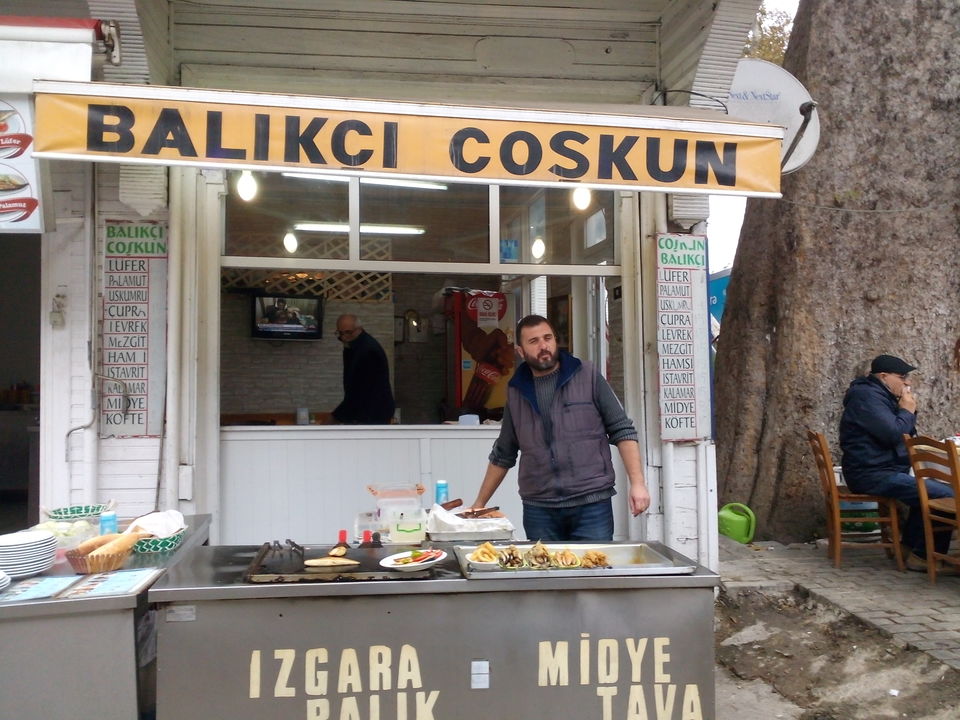 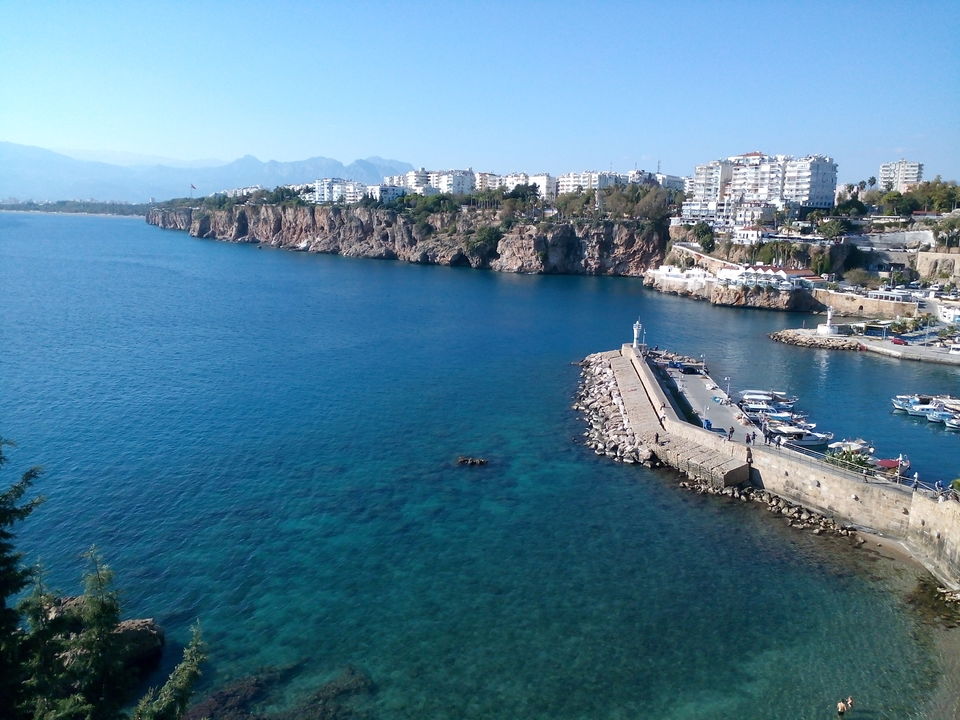 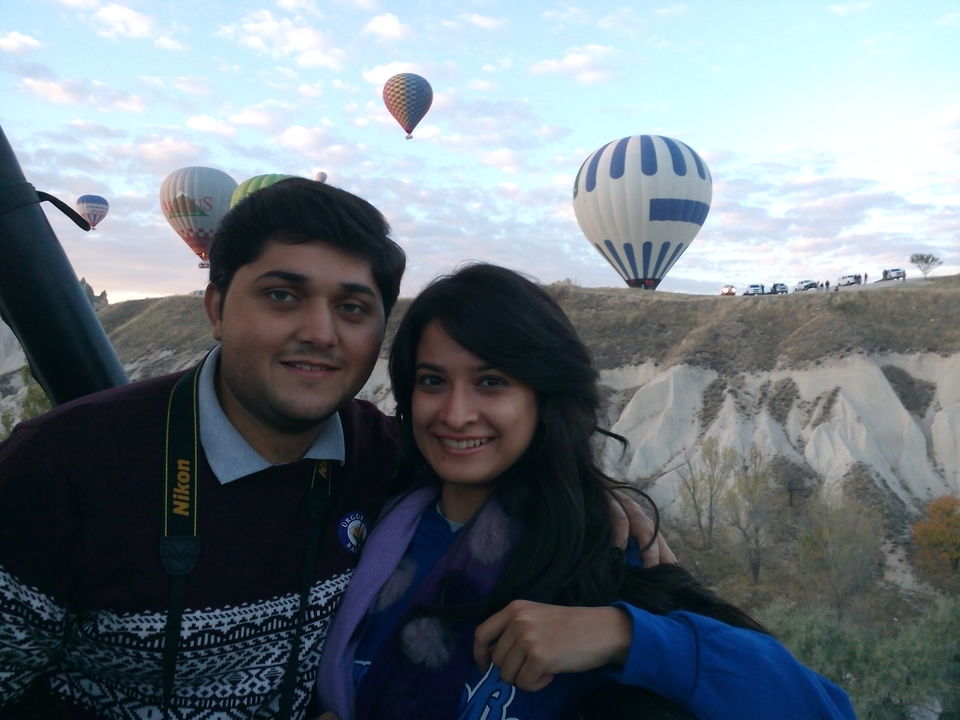 This was the first time that I was ever asked, why I chose to travel to a particular country by its countrymen! Since most of them believed that I come from a faraway place! They were surprised when I told them that it took me five and a half hours to reach Istanbul from Mumbai!

Why I chose Turkey? For the longest time I traveled across countries and oceans and sometimes to other worlds through words. I was introduced to Holmes’ London, Grisham’s America, Tolkien’s Loth Lorien, Hosseini’s Kabul. Coelho’s pilgrims to Kazakstan , Murakami’s Tokyo and paper moons. It was Orhan Pamuk’s Istanbul and then Elif Shafak’s whirling dervishes that drew me to Turkey. I longed to set foot on the cobbled streets of Istanbul. To sip on Raki and drink Ayran and try out some Dolma and drink ‘cay’ with the beautiful people of Turkey.

This was my first step in Europe! But the best thing about being in Turkey is that you can be in two continents at once!

My first stop was of course Istanbul! It was everything that I had imagined! Our drive from the airport to the Sultanahmet area gave me the first glimpse of the city. The Ottoman walls guarded the city and our abode was a historical ‘Hamam’ (Turkish bath). ‘Empress Zoe’ is a boutique hotel in the Sultanahmet area in the city. It is cosy, the staff is warm and the cats wear the crown and rule this little place! Yes, there are cats in the hotel they come and go as they please, they pay you a visit at the breakfast table every morning! We visited ‘Cooking Alaturka’ for lunch. I strongly recommend this place. It is not a regular café but a school that teaches Turkish cuisine! They have a set four course menu and everything from the lentil soup to the zucchini fritter with yoghurt and beans is authentic and lip smacking! My friend devoured lamb stuffed in wine leaves! For dessert we tried figs stuffed with walnuts, it looked amazing, tasted amazing and made us feel amazing! This was the best dessert of my entire trip!

We visited the Blue mosque on our first day. The architecture is intricate; it was our first glimpse of the Ottoman grandeur. Inside the mosque there is tranquility and all I did was sit on the carpet with my neck craned up and let myself visit every part of the artistry. We kept walking in and around Sultanahmet looking for the Bascilica cistern! To our surprise it was an underground structure with a hundred pillars and statues of Medusa! It is very well preserved considering that it was built in the 6th century during the reign of the Byzantine emperor Justinian I! After these tiring walks we got a ‘simit’ for a Tlira each and a Doner kebap!

At night I tried a glass of Raki! Oh boy, it is strong, at least that’s all that I remember telling my friend last, that evening! The next day we visited the Hagia Sophia an amalgamation of the Byzantine and the Ottoman Culture. The beautiful mosaic frescos of Christ and the horizontal brickwork still remain although the cathedral was converted into a mosque and four minarets were built around it after Sultan Mehmet II conquered Constantinapole. In today’s socio – political atmosphere it’s a great example of how two starkly different cultures can live in harmony. Two different perspectives need not destroy each other, instead they could create a third one, best of both the worlds! This visit takes a couple of hours and we decided to grab some Ottoman ice cream on our way out. The vendor flipped the cone without dropping the scoop of my strawberry cream! He was quite the magician!

The Topkapi Palace was our next stop! It is the largest and the most magnificent palace I have ever laid eyes on! Let me remind you I am from India so, we had a prince at every junction and that many palaces! The museum with its Jewels, the Topkapi dagger and the sacred swords of Prophet Mohammad and his companions , the staff of Moses makes this museum a must visit! The garden, the glass paintings, every tile had a different design! There is no end to the grandeur.

Our Bosphorus cruise was a humble Sehir Hatlari which was a stunning ride as you cruise between Asia and Europe with seagulls for company! Our last stop was ‘A.kavagi’ and the walk up to the castle has breathtaking views of the Sea. There are charming houses full of cats and flowers and the view from the castle is surreal. It was my very own royal moment! This place is a treat for sea food lovers; my friend surely enjoyed his fish sandwich and kalamari!

Our bus journey to Cappadocia was safe and comfortable we had booked the hot air balloon ride as well as the day trips for Cappadocia in Istanbul itself which was a good decision since we got a fair deal and Goreme does not have public transport as such! Although you can rent bikes and horses! This place is a desert created by volcanic eruption and I have never seen a landscape like this one before. It looks like it is a part of a different planet straight from your star trek! The volcanic eruptions have given rise to rock and Basalt formations and with it many folk tales about fairies residing in some of these structures! Our hosts at the Koza Cave hotel were warm and the cave room was cosy and equipped with a Jacuzzi! We would buy a local wine and some dill chips, plums and pluots from the local shops and just enjoy the view! The Goreme open air museum with its frescos and the underground city are worth visiting! The architecture and the resolve of the monks taught me to stay firm on my chosen path in life! Waking up at 4 a.m totally paid off at the hot air balloon ride! Watching the sun rise as the entire sky lit up was a spectacular sight and the stunning rose valley and the white rock formations looked like mounds of ice! When we took off, there must have been at least 40 other balloons in the air! It looked like a bunch of balloons have escaped a child’s clenched fist! Our experience at Dibek with the home made wine and the clay pot cooking was fun! We were amused to meet an Afghan server at ‘café Shafak’ who loved Bollywood and spoke to us in Urdu/Hindi! ‘Setan’ was lovely for dinner; the stuffed pumpkin flowers were delicious and this place has lovely evenings with music and dancing! Cappadocia is full of art and history and I will recommend a visit to one of these artist’s warehouses! We visited Chez Galip’s!

Kaleici is a charming town in Antalya! It’s quite a labyrinth and finding our humble abode was tricky in the morning. But we let go off the Taksi and found our way to Agatha Lodge. It’s a modest place but really close to the Mermerli beach! This is a private beach and the café overlooking it has a lovely view and some great fettuccine! You can explore the place on foot as you pass orange trees! We boarded a bus to Tera City and discovered Madam Coco! The place had a great sale and we made the most of it! We bought the famous Turkish bath towels! As a Mumbaikar ( resident of Mumbai) I am so used to crowds till midnight that 9p.m feels like dinnertime!. But by nine the roads were empty and a bus driver was kind enough to drop us close to Kaleici! With hardly anyone to ask for directions we were a little lost! But managed to find a familiar place ‘The Hadrian’s gate’ and our way back! One place which I highly recommend is “Leman Kultur”. It is not a touristy place. But the four cheese pizza and chicken with the yellow gravy is to die for! It’s quirky menu card and décor add some more fun to the dining experience! The town is a beach town and has a relaxed atmosphere, the people are merry and so is the gelato here. Shopping is great and cafés offer wine and cheese, cats happily sit into shoes that are on display at the shops! It’s a great place to unwind put on a hat and lie on the beach and indulge in some wine and chips!

The journey was not over yet! Back where we started - Istanbul! We still had a lot more to see! The Dolmabache palace which was built by a French architect and its art museum left me spellbound! We were almost out of Liras so to get the tickets we accidently walked into Besiktas! This place is full of cafes but not very touristy hence finding a “Dovezi” (exchange) was slightly difficult! Although, we relished the ‘Manti’ at one of the restaurants. Our way back to the Galata tower was rather eventful! We ran into a cobbler who tried to pull a scam on us by dropping his brush on my friend’s foot and then tricking us into getting our shoe polished and charging an extravagant amount for it! But as luck had it the brush fell on the road and we knew about the scam! Unfortunately we saw a couple haggling with the same man over the prices the next day and realized that he was a regular scamster!

We visited the Grand Bazaar and sipped on some cinnamon cay! The shop with organic towels was a little beyond our means! We stopped at the spice market since we frequently changed our tram line at the Eminonu station to get to Istiklal! But one of my best discoveries was the local market at Fatih called Kadinlar Pazaari! We found apricots, honey, desserts made of grape molasses and olive oil for half the price as compared to the spice market. We were sure of the quality since it was frequented only by the Turks! Unfortunately it was time to head back home, I would have loved another week in this city! Actually a month!

This time on my way back home I was reading a copy of ‘The architect’s apprentice’ and as the construction of the great monuments , the people and their simits and kebaps, the call for the holy prayers were described I finally saw it all, not like someone else’s vision but as a memory of my own!

P.S : Through this trip I was hoping to stumble upon a ‘Boza’ seller. But I am afraid it really must be a dead trade by now. Mevlut , the protagonist of ‘A strangeness in my mind’ is a Boza seller by profession and passion!

4 books I strongly recommend before a visit to Turkey

My name is red - Orhan Pamuk

A strangeness in my mind –Orhan Pamuk