An Exhaustive Guide To Witnessing The Northern Lights Across The World

An Exhaustive Guide to Witnessing the Northern Lights Across the World

Humans have been fascinated by them since biblical times. Ancient Babylonian writings on stone tablets depict a possible sighting as early as the year 567 BC. So today, where, when and how could you experience this natural light-show ? Let us get right into it, all you need to do is bookmark these locations.

What are the Northern Lights/Aurora Borealis?

The phenomenon of the Northern Lights occurs when the solar flare, sun spots or sun storms send charged particles towards the Earth's atmosphere. These charged particles interact with oxygen and nitrogen creating a kaleidoscopic effect, where the light is swirling, flickering and dancing.

The earth’s magnetic poles draw these particles towards them through space, and hence, they are only visible in the two extremities of the Earth. Yes, the sister of Northern Lights, the Southern Lights or Aurora Australis exits but isn’t famous due to the lack of access to locations down south.

The colours of the Northern lights depend on factors such as which molecule did it interact with, what is the altitude of the collision and the what is the intensity of the solar flares. All-red auroras are produced by high-altitude oxygen, at heights of up to 200 miles. Whereas nitrogen produces blue or purplish-red aurora.

Where can you see the Northern Lights?

The Northern Lights occur between 60 and 75 degrees of latitude within a geographic area known as the aurora zone, of which Canada has the largest landmass but also covers northern Norway, Sweden, Finland, Alaska and Russia as well as all of Iceland. So, your chances of seeing the northern lights increase the further up North you go.

Often called “The Last Frontier” Alaska is a place of vast wilderness and snowscapes, yet it’s accessible - the perfect combination. The best locations in Alaska are Nome, Denali and Barrow.

Iceland is one of the most popular locations to see the Northern Lights as the entire country fall under the Aurora belt. Unlike Greenland, Iceland is easily accessible.

The beautiful domes under the night sky in Finland let you watch the Northern lights from the warmth of your bed but the cost of warmth will be heavy on your wallet. The Northern part of the Finnish Lapland is famous for the sighting of the lights. The best locations in Finland are Sodankyla, Nellim and Utsjoki.

Similar to Finland, northern Norway is the place to be if you wish to see the Northern lights. The best locations in Norway are, Svalbard, Tromso and Lakelv.

Another Scandinavian country, Sweden falls into the zone. The Swedish Laplands are again a great location for the hunt.

Once you have figured out your destination, there is one more thing to keep in mind. You need to be as far as possible from the light pollution. So, do not stay in the city and expect to see them in all of their glory.

What is the best time to see the Northern Lights?

Such good boi(c) Photo by Thomas Lipke on Unsplash 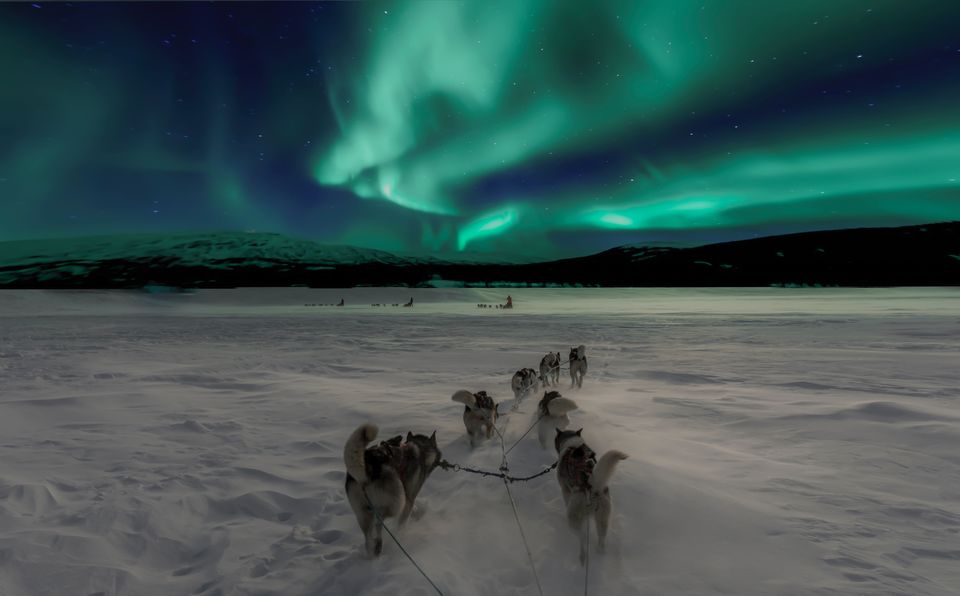 Northern Lights hate any kind of light pollution. The Northern countries are famous for long days in summer and long nights in winter. So winter is the right time to see the Northern lights. A Nordic winter starts in October and ends in March, that’s when the nights are longest giving you the maximum chance of a sighting.

But being there in the winter is not the only thing that affects the sighting of the lights. During December and January, there is extreme cold, snowfall and cloud coverage. These might be the longest night but the odds of not being able to see the Northern lights due to cloud coverage is high.

The best time to see them is from mid-October to November then from February to March. I was lucky enough to even see them in late August and sometimes they stay until mid-April.

Check the Aurora forecast where you can check the KP index and the solar activity or the G index.

Higher the KP index, higher the possibility of seeing them clear and stronger. A KP index 2 means they are out there, but just not visible to the naked eye. In this case, try taking a picture as your camera can pick it up.

How to capture the Northern lights?

You will need a camera that allows you to set ISO, shutter speed and aperture. Preferred ISO will depend on your camera capabilities, lens and strength or aurora. Generally, it will wary from 400 up to 1600 ISO. I would recommend playing around and see what works best.

Ideally, you should choose a fast lens with an aperture close to 2.8f. Faster the lens, the more light it lets in, thus allowing you to shoot with lower ISO and shutter speeds.

Extra batteries for your camera

Even an amateur photographer knows that the battery drains faster in cold. So make sure to bring power backup

It is now possible to get beautiful pictures of the Northern lights by simply using an iPhone 11 and up. A three-second-long exposure in night mode should do the trick. Although for the iPhone to focus you might need an external light source, in that case, use a flashlight for the focus and then capture the Northern Lights.

Important things to remember before going on the hunt

What should you know? (c) Julentto Photography 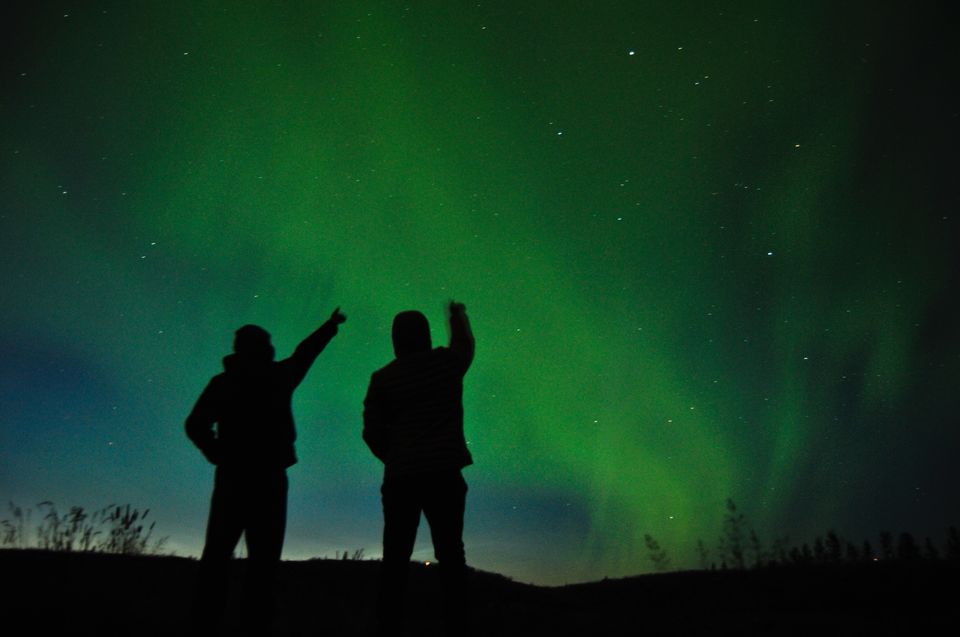 - The Northern Lights are unpredictable. So, you might spend weeks in the location and might not be lucky enough to see them. Hence travel to the destination and enjoy it, do not make it a trip just to see them.

- Dress warmly as the hunt is happening in sub-zero temperatures. You will be outside for longer times and can lead to hypothermia. Wear woollen socks, cover your ears and extremities.

- Bring waterproof jackets and covers for your equipment in case of snow.

- Bring along some hot drinks with you to help you keep warm.

I witnessed the Northern lights in Tromso, Norway for the first time in 2018. The experience was overwhelming and I cried like a baby at the first sight. We did not use any tours to help us, we just drove outside the city to avoid light pollution and checked the Aurora forecast.

We were right under the red zone for hours! 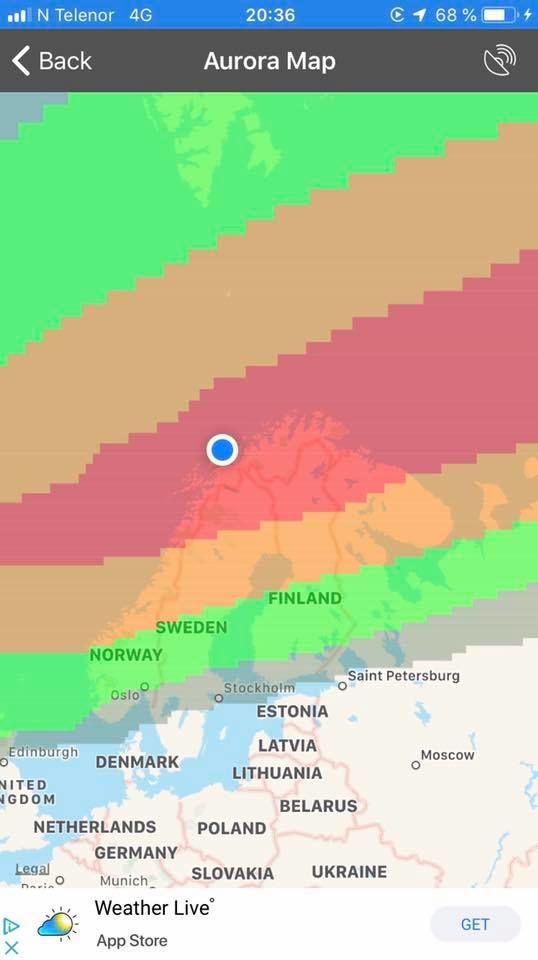 Out of the three nights, we experienced the Northern Lights on two nights. The first night was slightly cloudy but on the second night, we had a KP index of 5 and G 3 (A solar burst). A warm mug of hot chocolate, my favourite travel partner and Tromso, made this an unforgettable experience. Unfortunately, we had an iPhone 10, that did capture them but not what we saw. The sky is awake, so I am awake.

Let me know if you have any further follow up questions on the Northern lights.