Experience The Serenity of Kasol & Manikaran

On our trip to Manali, we dedicated one full day to experience the serenity of Parvati valley. It was the first week of December. Kasol is a 3 hour drive from Manali. After a scenic drive through the snow capped peaks along the road and crossing the local homes and market place of Naggar, Kullu and Bhuntar, we reached Kasol.

Kasol is an attractive destination for hash enthusiasts and hikers going for treks to Kheerganga, Tosh or Malana. It is a small town on the banks of river Parvati. We got down from our cab and decided to explore the area on foot. Kasol has many Irish Cafes on the way with unique and attractive names and a series of hotels. We searched for a spot from where we could reach the banks of Parvati River, as most of the plots along the road were occupied by camps and hotels having private access to the river. We were lucky to find a dense forest patch which had no restriction to enter from the road. We were very excited and ventured into it. The closer we went towards the river, the sound of water gushing past became louder and sensuous. An expanse of tall and thick pine trees covering the view of the river. Within minutes we reached the spot we were looking forward to! It was the banks of mystical Parvati River. There was vast expanse of flowing water which was bouncing off the stony banks and disappearing into the mountains. It was a view and feeling worth losing into. We sat at one of the flat stones facing the water and dipping our feet in the chilling water! The place was so calm. No unnecessary noise and just the music of the flowing river. 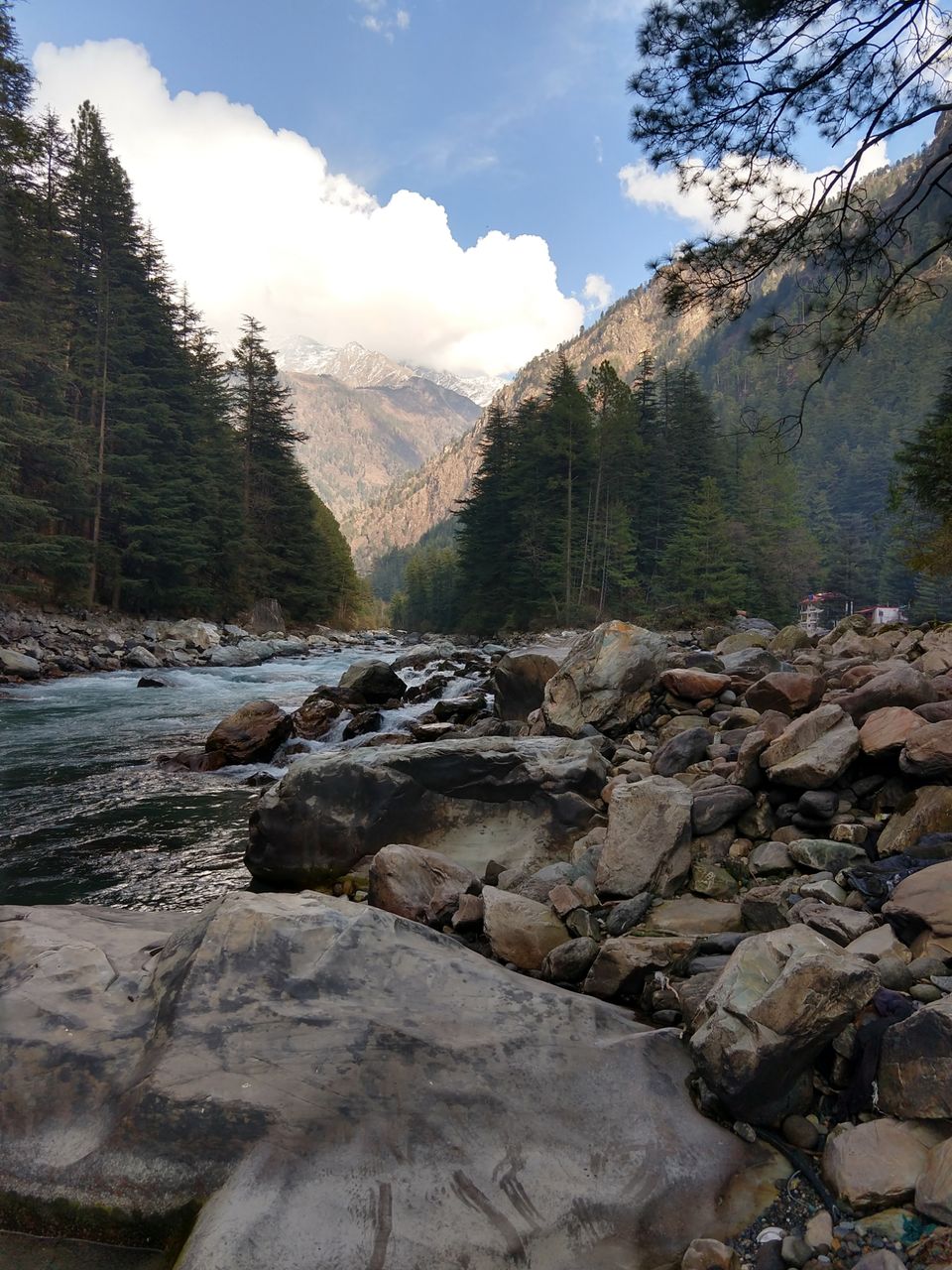 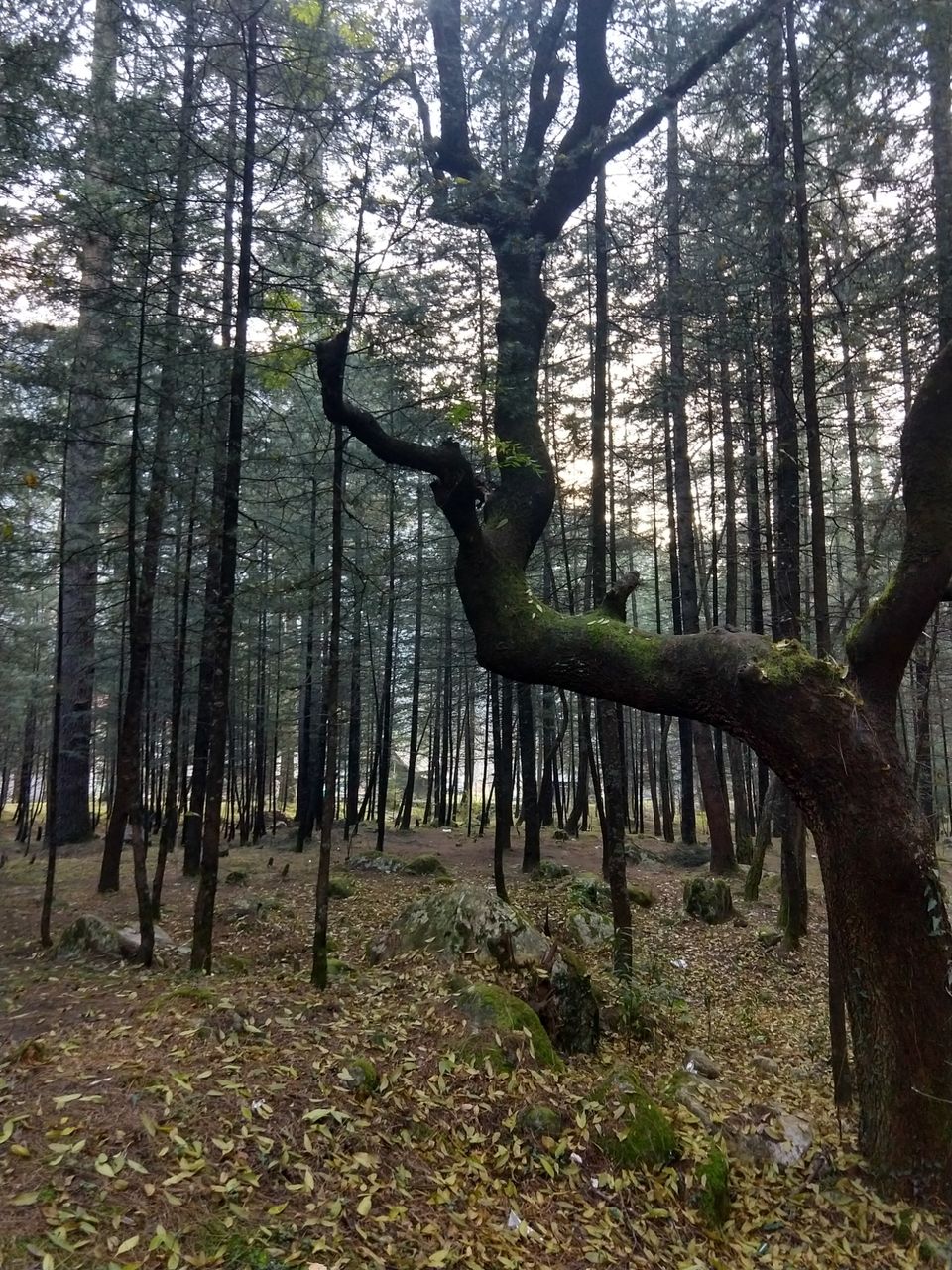 We spent hours sitting there just lost in meditative thoughts observing the surroundings. Few people were camping alongside the forest in their own tents. We then walked back towards the road through the forest. 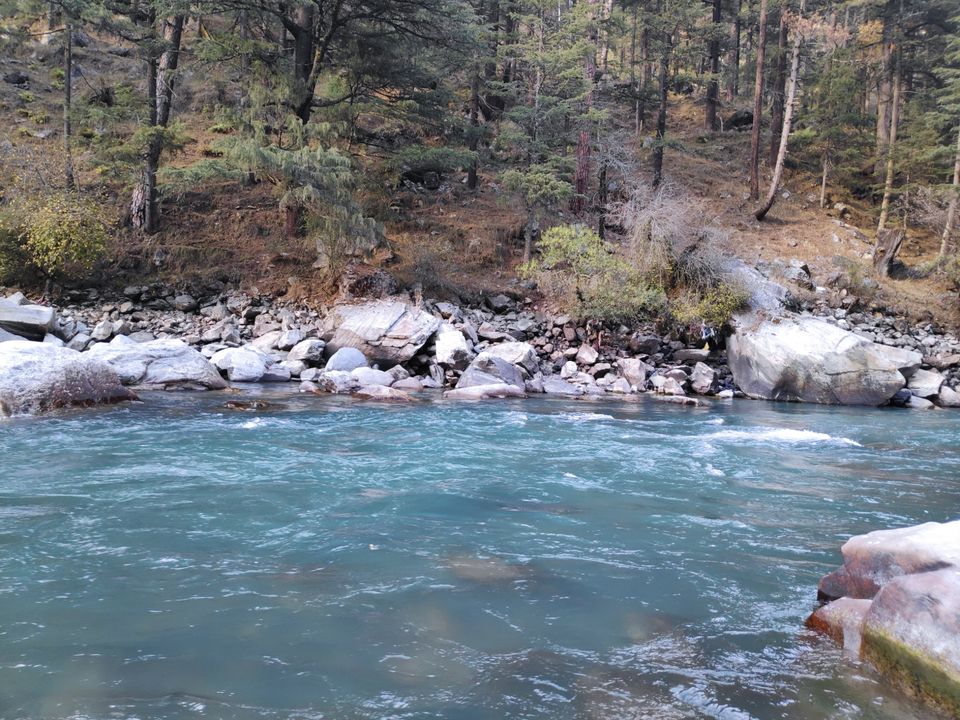 We walked further towards Manikaran. It was a half n hour walk in the valley along the road for the Manikaran Gurudwara. We went downstairs and saw the entrance which was in the form of a bridge across the Parvati River. The main Gurudwara was across the bridge and an open bathing pool of naturally hot water and bathrooms were on the same side as we got down. Hot water of the Parvati River was splashing at the stones on both sides, creating hot vapour clouds on the bridge. 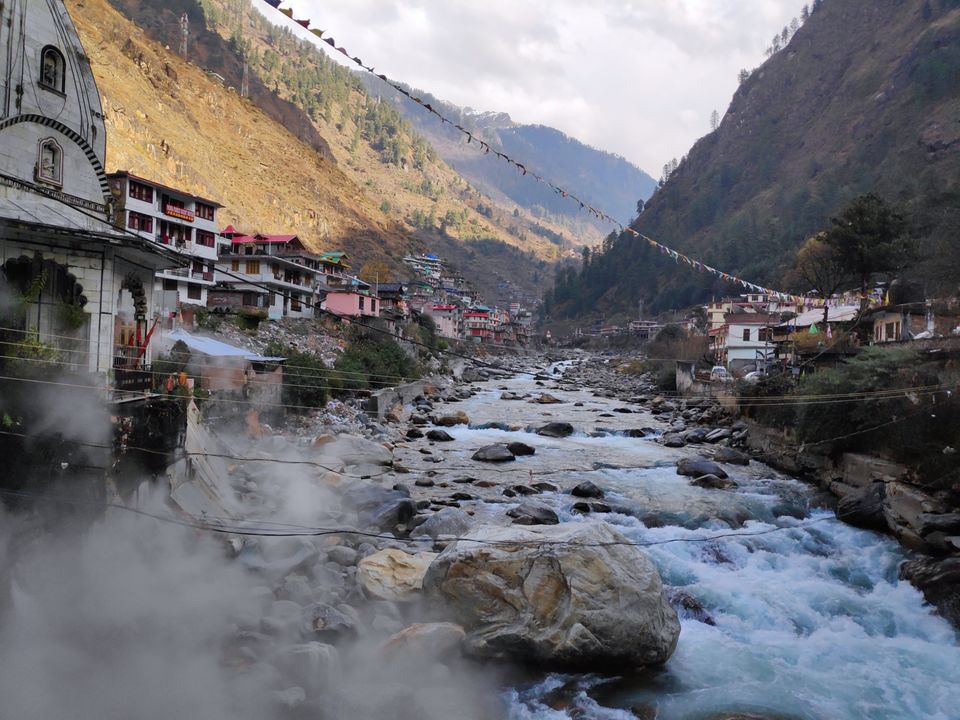 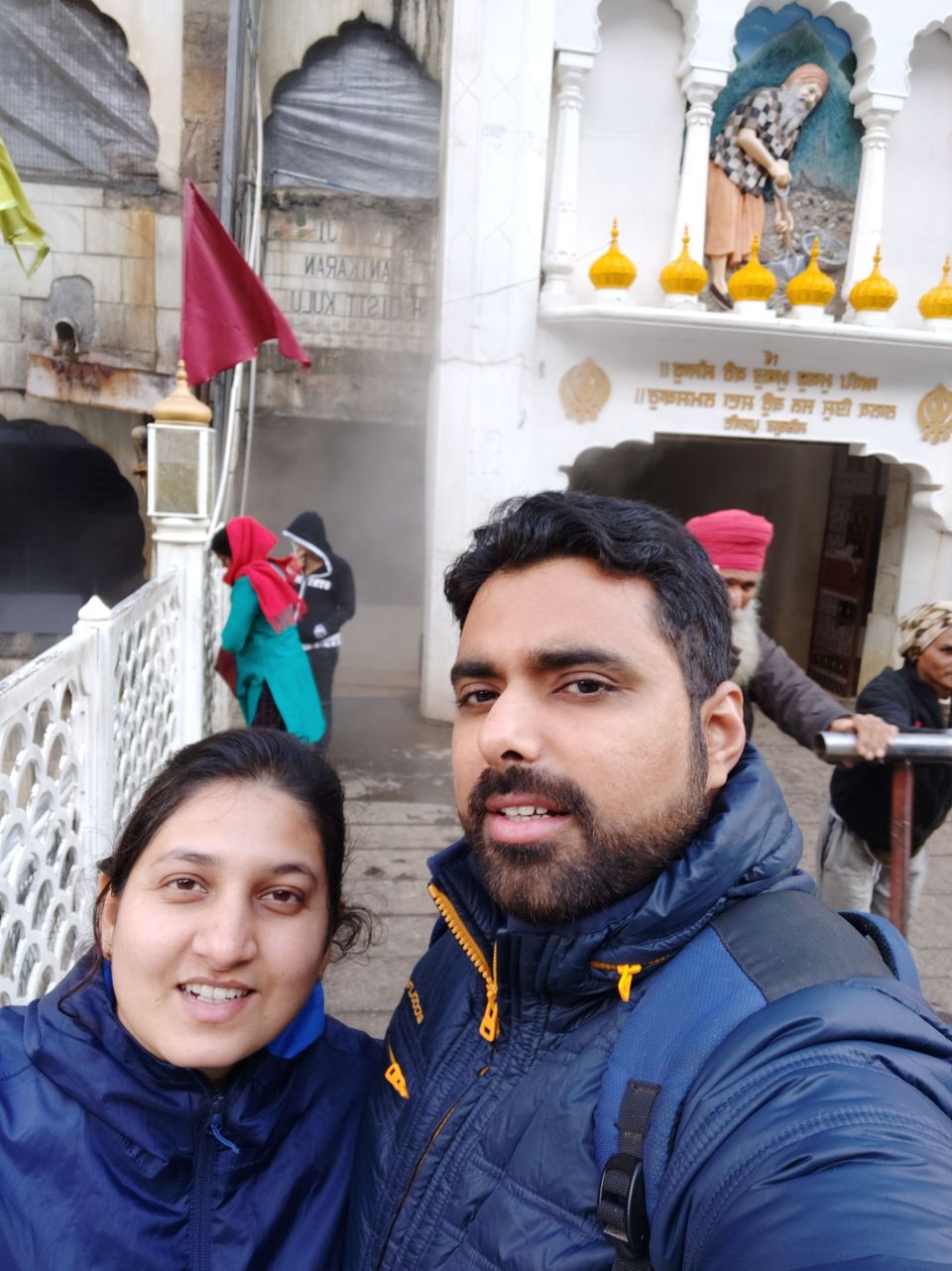 We enjoyed the warmth of the water at the entrance of the Gurudwara for a few minutes before going in for darshan. It was a small Gurudwara and we enjoyed the peace of mind we got by listening to the path while sitting and paying homage to the Guru Granth Sahib inside the main Gurudwara. We also enjoyed hot tea and langar served by the sevaks with full interest and enthusiasm. Though it was a serene experience, the building was very old and the facilities need a lot of make over. Over n above that the tourists had littered the entrie hill next to the Gurudwara with plastics, chip packets, bottles and this was a real big turn off.

We called out our cabbie to pick us up from Manikaran. We went back to Kasol hoping to see some Hash plantations, but couldn't identify them. We stopped by at a nice Irish cafe and ordered chicken hummus with pita bread and chicken Alfredo pasta. The taste was just perfect and befitted the praises which one can find on every travel website for the cafes in Kasol.

We were back to our home stay in Manali by night and carried warm memories of the valley. Next time it would be Kasol + Kheerganga / Malana!!