Day Trip from Hue to Hoi An in Vietnam

During our honeymoon trip in Vietnam, while I had planned most of our domestic transfers well in advance, the transfer from Hue to Hoi An was left till the last moment till we reached Hue.

Once we reached Hue, we were faced with the dilemma of whether taking a train journey, bus journey, shared taxi or a private tax. Each having it's their own set of pros and cons. Even though the train and bus were turning out comparatively cheaper, we decided against them as we had already taken both these mode of conveyance already during our stay in Vietnam.

We finally decided to go with a Private Transfer which our hotel arranged and the price was agreed at 60 $ and the tour included a view of the Lang Co Beach, stop overs at Lap An Lagoon, Hai Van Pass and Marble Mountains. Since we had not covered the tombs during our stay yet, we decided to pay 20 $ extra and start the tour a bit early so that we could cover the two tombs as well.

The driver spoke pretty decent English infact much better than most of the tour guides we had taken previously and it was quite a blessing. By the time we were done with the tour of tombs, it had starting pouring and it made our drive from Hue to Hoi An all the more beautiful with the lush green country side on either side.

Lap An Lagoon
Our first stop was Lap An Lagoon and luckily by the time we reached there it had stopped raining. The driver had stopped that so that we could enjoy the pristine beauty of the place while we ate our lunch at a local restaurant called the Lagoon Cafeteria. Had it not been so cloudy the view would have been even more surreal with the green mountains meeting the blue sea beneath. We were  still completely mesmerized with the beauty of the place and felt no immediate desire of moving on to the next destination until our driver pleased us to make a move .

Lang Co Beach View
Thereafter, we headed towards Hai Van Pass. The driver did not take us to Lang Co Beach as that would have been quite a detour but stopped the vehicle on the way from where we got a beautiful view of the Beach with it's high tides and rough seas.

Hai Van Pass
Soon after clicking a few photos with the Lang Co Beach in the background, we headed for the Hai Van Pass which was less than half an hour from where we were. Most buses usually take the route through the Hai Van Tunnel which is shorter and thus one misses the view from Hai Van Pass in that case. Hai Van Pass held a lot of significance in Vietnam's military history because of it's strategic location along with the vantage point it offered between Central and Southern Vietnam thus alerting the two regions of any military movement. Once we reached the point, our driver gave us 20 minutes to explore the region and go up the stairs so that we could see a panoramic view of the Da Nang Bay from there. Nestled between the Da Nang Bay on one side and Bach Ma Mountains on the other, Hai Van (literally meaning 'The Ocean Mist') should be a must do in anyone's itinerary visiting Central Vietnam. The only dampener was that the place was flooded with tourists at the time we reached .

After spending some half an hour there soaking the beauty of the place, we left for Marble Mountains via Da Nang city. We did not have a stop at Da Nang but passing through the city , made us realize that along with Ho Chi Minh and Hanoi, it is another major city of  Vietnam about which we were unaware until then. Our cab driver pointed the beautiful Golden Bridge from a distance as well as the Pink Church while we passed it.

The Marble Mountains
Soon we arrived at the Marble Mountains and it had again started pouring heavily by then. The rain did not hinder us and we took out our umbrellas and raincoats headed to the entrance and the lift. The elevator takes you many floors up into the mountains and saves the effort of climbing the stairs. Since we were already running quite late by now , we had no option but to take this option . The Marble Mountains consists of a lot or Pagodas, view points, caves as well as the highest peak of the region. We were only able to visit a couple of caves and the Pagoda but could not find our way to the highest peak of the region as the direction markers were slightly confusing and most tourists had already begun to leave as it was getting dark. We no longer had the option of taking the lift and hence walked down more than 100 stairs to reach our car parking. My only regret with Marble Mountains was that we did not have a lot of time at our hand as this place can easily take 3-4 hours to cover all the places and an hour was simply too less.

By the time we reached our cab it was already dark and from there we headed straight to our resort in Hoi An which was by the Riverside and few KMS away from the city center. Overall, would recommend everyone to take this journery from Hue to Hoi An as the journey is not only comfortable but it is a very scenic drive and with beautiful stop overs.

The mountains and the sea 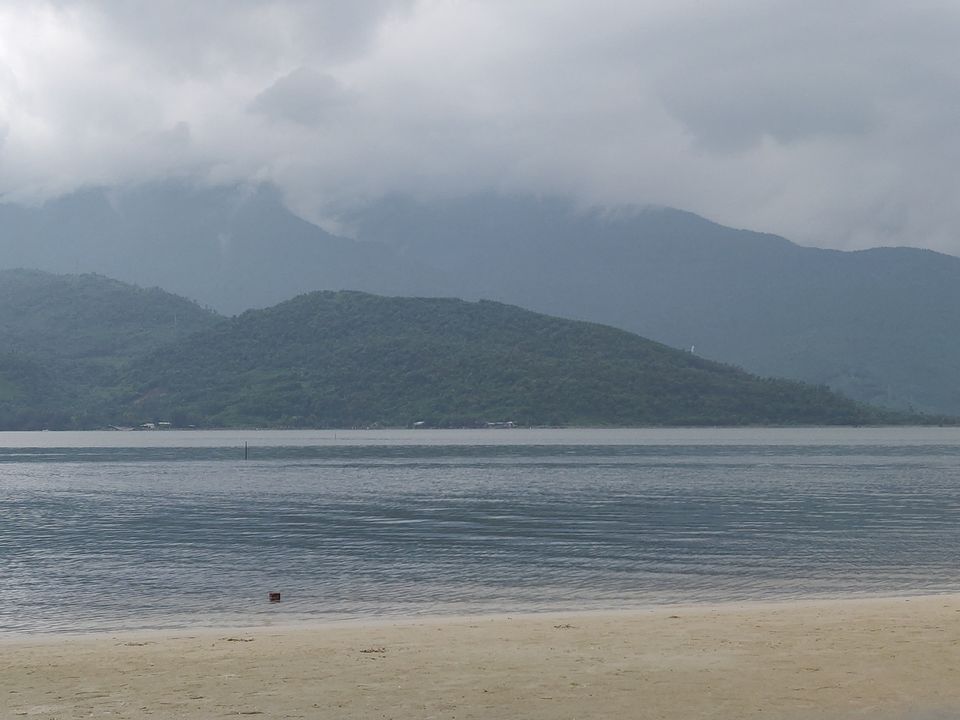 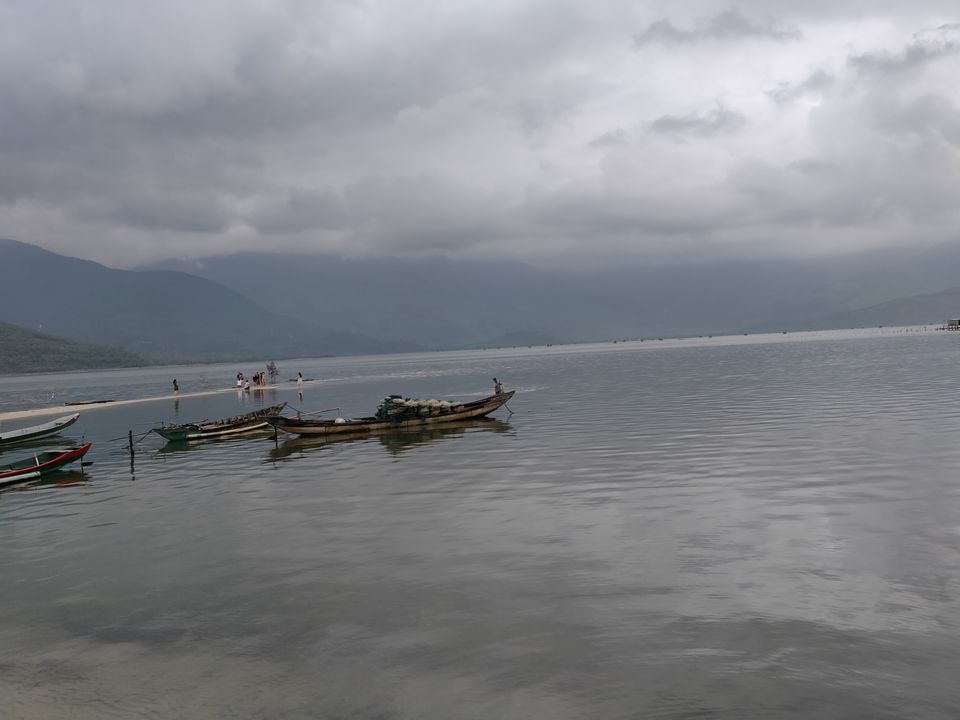 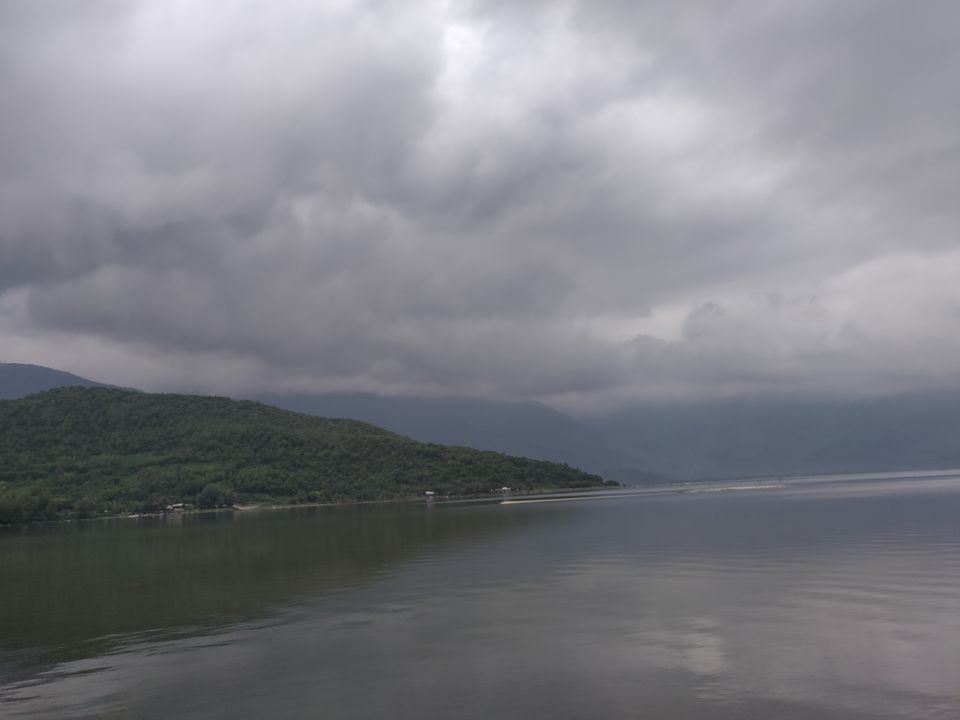 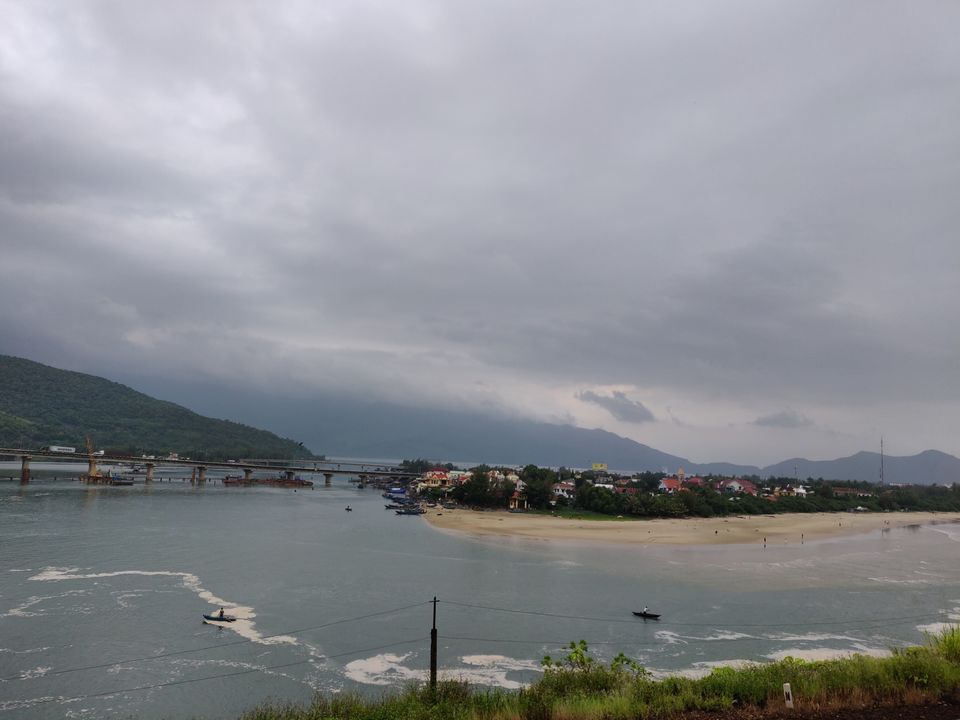 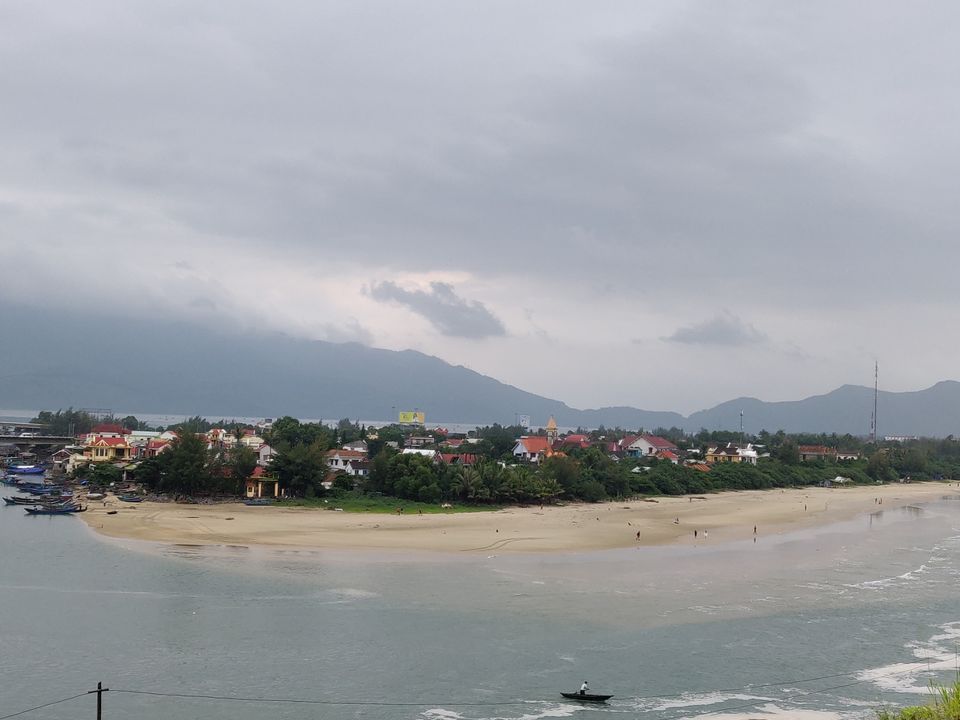 Where the Sea Meets the Mountains 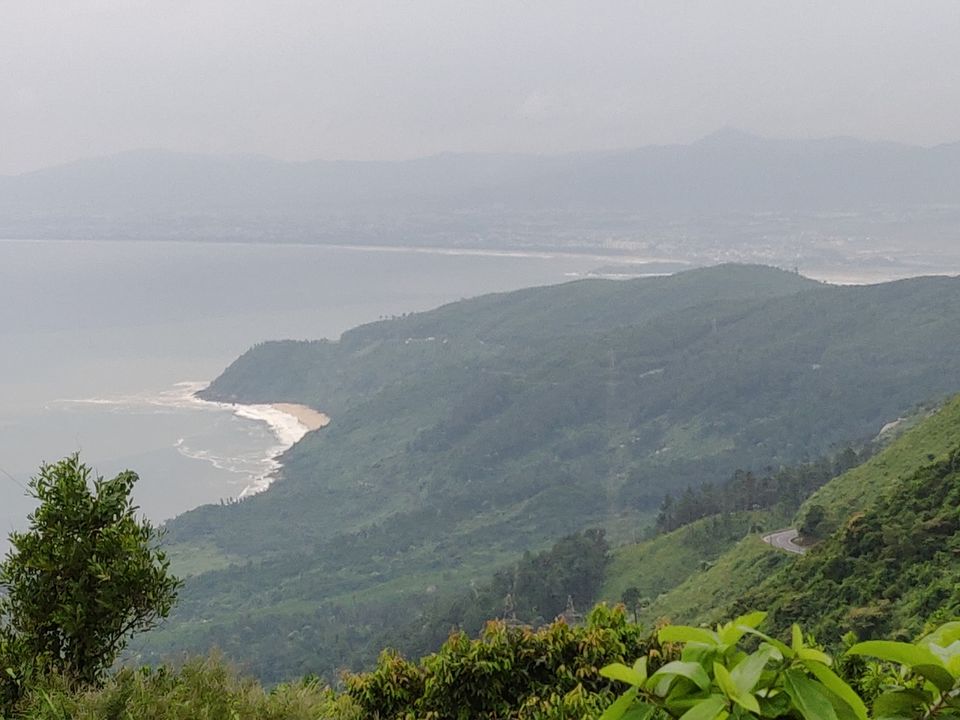 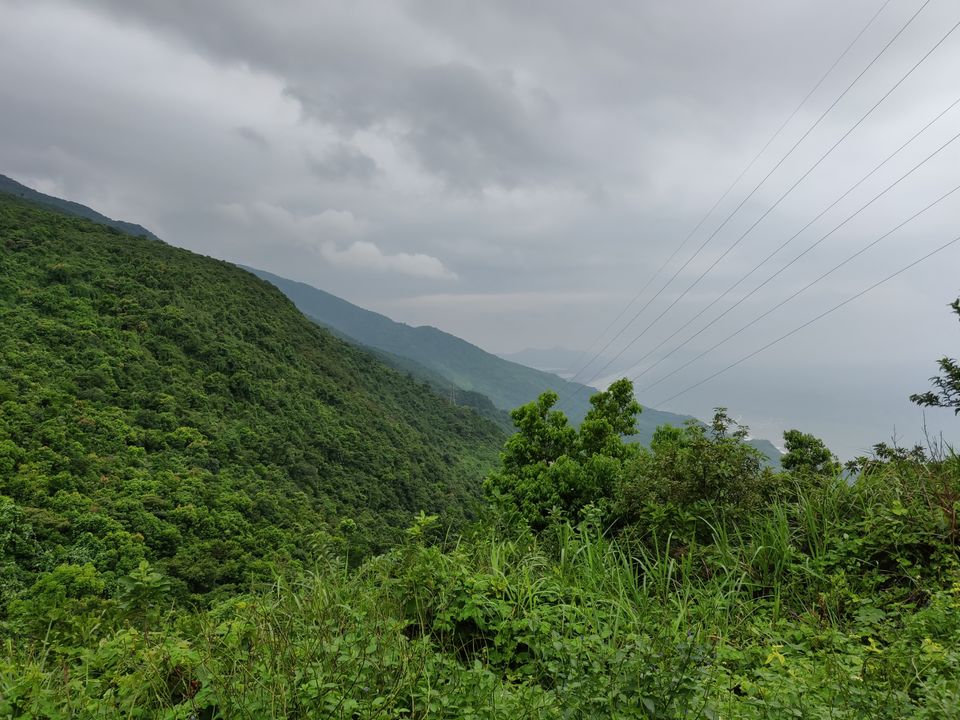 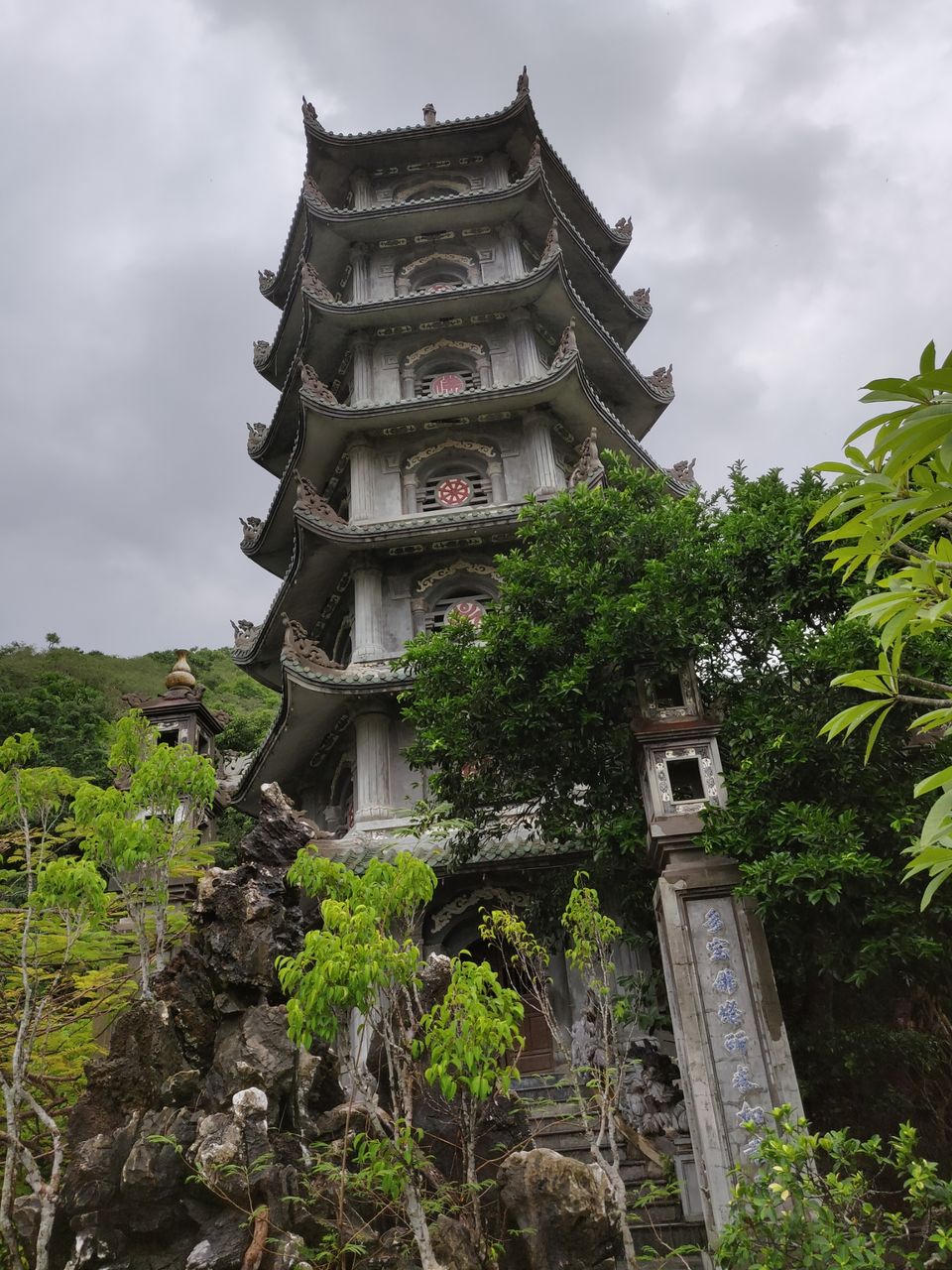 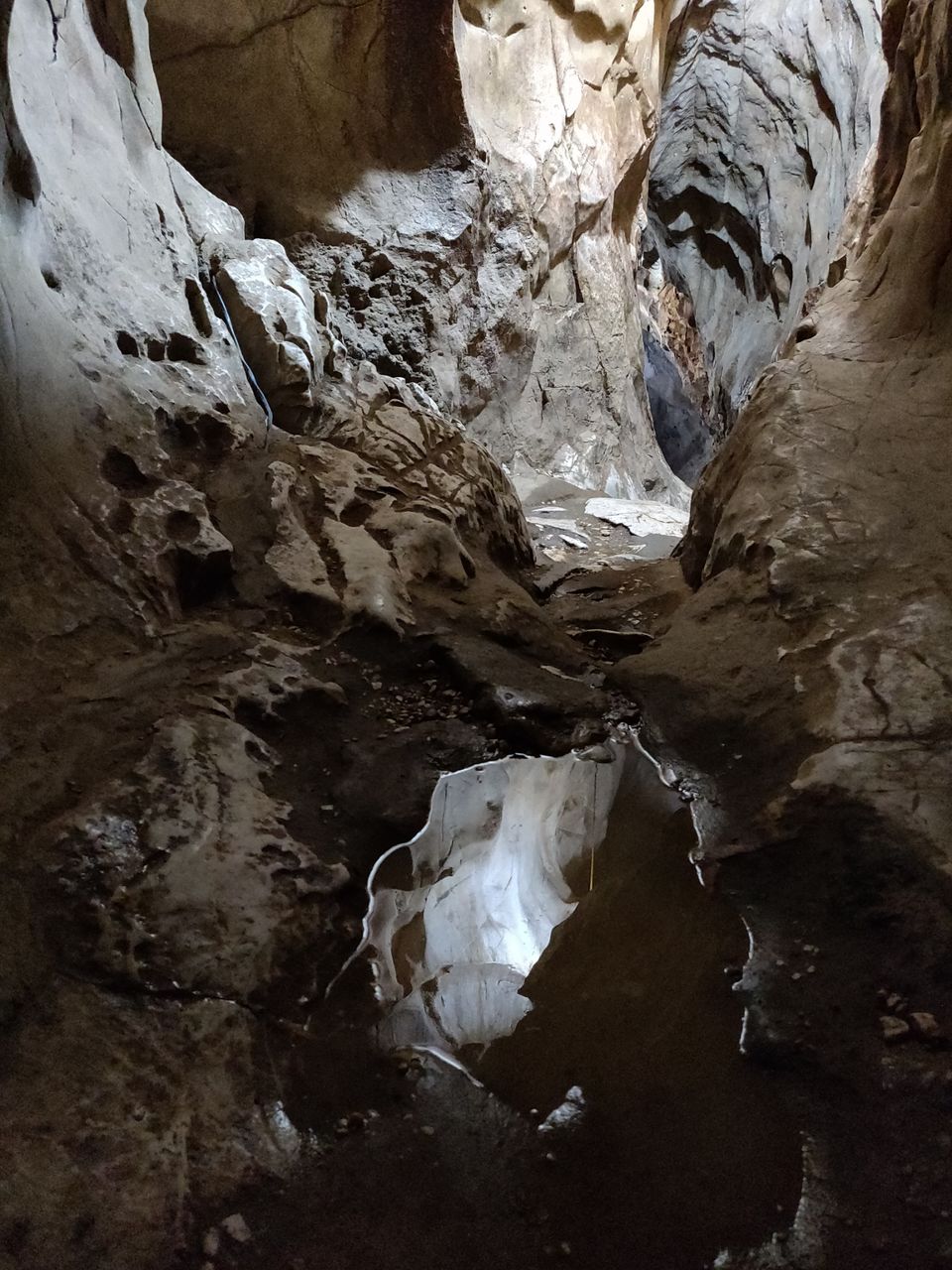 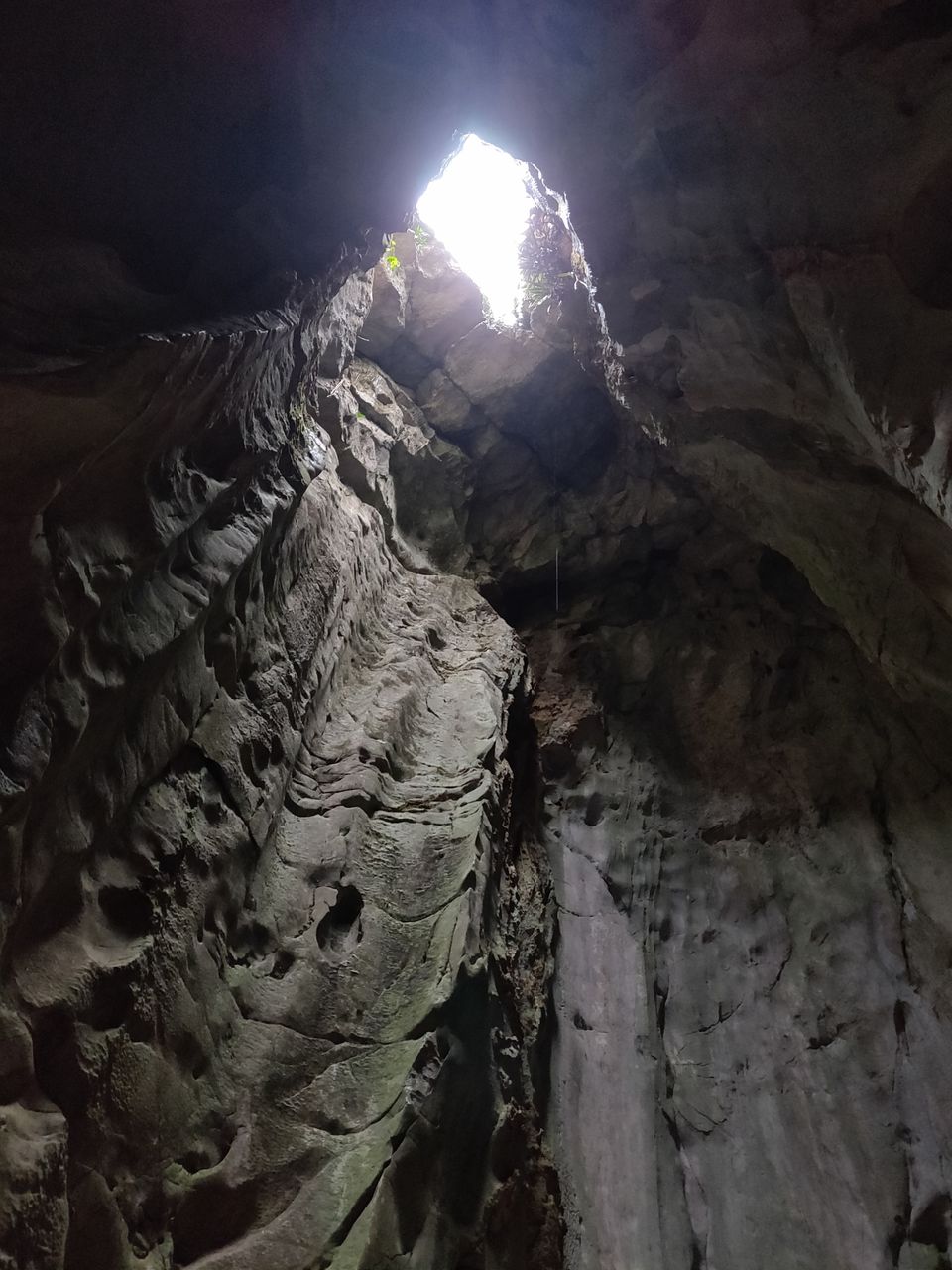 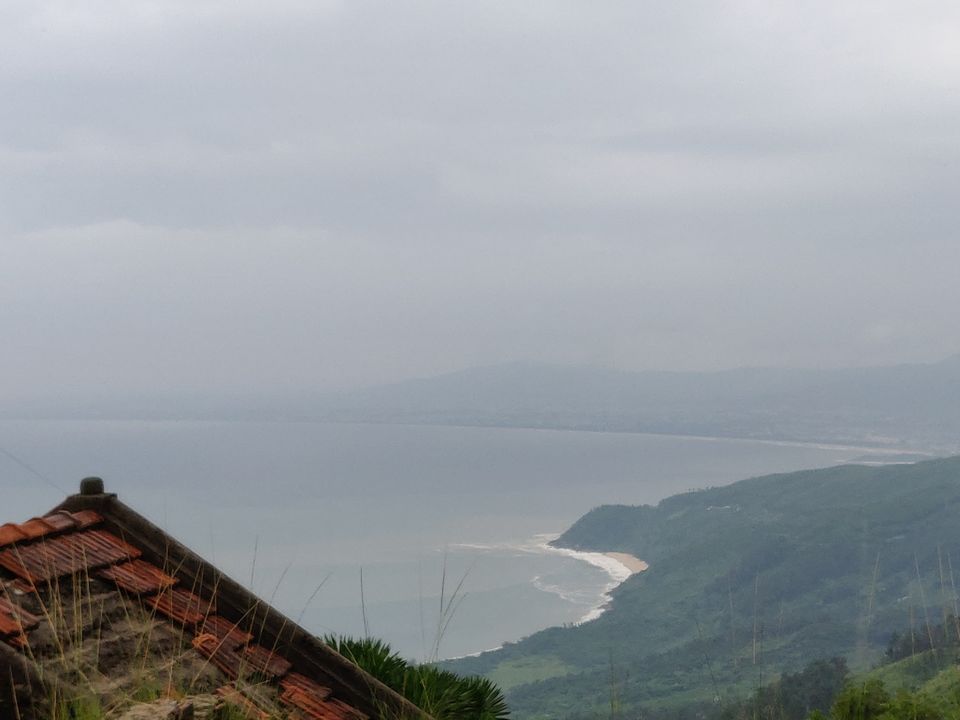