The Land Of History And Mythology: Hampi

The land of history and Mythology: Hampi 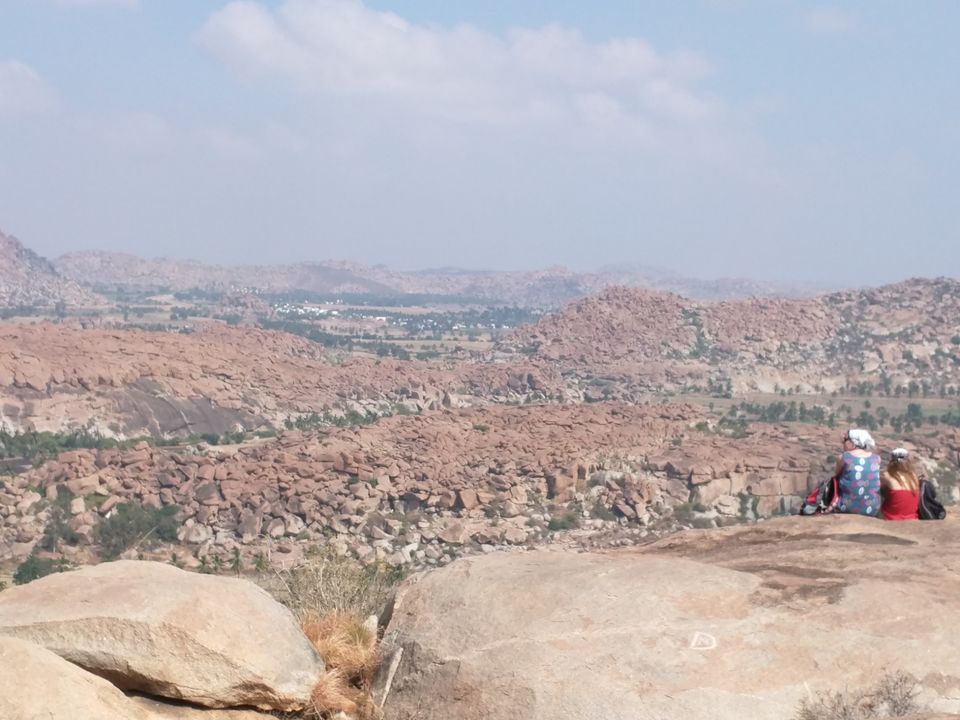 Hampi is a world heritage site located in Karnataka. It is situated on the banks of the Tungbhadra river and has a massive historical/mythological significance. In the 15th century, the vijaynagar empire was the secont most prosperous empire in the world (after Rome). Hampi also boasts the birthplace of Hanuman, Anjani Parvat.

Getting to Hampi is a little bit of a task because of its modern day location. It is at overnight train/bus ride from Bangalore. There are two trains that leave during the night time. I took Hampi express which leaves at 10:30pm and reaches at 6am, the next day. The train drops you off at the nearest junction known as Hospete. From here, you need to take a half hour autorickshaw ride to Hampi. The autorickshaw ride ahould cost about 200-250 bucks during the daytime (post 5pm it is about 300-350).

Hampi is literally in the middle of nowhere. To put that in perspective, the nearest ATM is kilometers away. That being said, it is still a big tourist destination. So there is no shortage of accomodation/food joints in the area. Mango Tree is a good food option at Hampi. To give you a vague idea, Hampi is seperated on one side by the Tungbhadra river. The Hampi side of the river is known to be a religious area. So there is no alcohol or Non vegetarian food available here. But once you cross the river, you can get both. Hence, most of the travellers stay across the river. There is a ferry (more like a wooden boat) that runs inbetween the two areas until 5:30Pm. So you have to be sure to get to your accomodation by that last ferry, otheriwise you have got to do a 30Km detour.

I put up at the Goan corner, which is a reasonable place across the river from Hampi. The rooms were priced at Rs 300 per night for dorms and Rs 1000 for small cottages. Since I was travelling with a buddy, we took the small cottage. The cottage was very basic but thats fine, since it was a budget accomodation.

Hampi has quite a few monuments and we were only there for a couple of days. So we had to be be picky about what all we could do in that short space of time. Majority of the monuments are on the Hampi side of the river. In the first day, we rented an autorickshaw and did a full days tour of the main monuments. The autorickshaw drivers will ask for exorbitant amounts of money but do not pay over 500 bucks for a full days tour (4-5 hours).

The most improtant temples are the Virupaksha temple, the Vittala temple and their respective bazaars. These two are a must do. Vittala is deticated to Lord Vishnu and has the famous Hampi chariot. It also has music pillars which, when you tap them, resonate sounds of various musical instruments.
The virupaksha temple is the most famous temple in Hampi. It is only temple which is still worshipped by people. This temple is dedicated to Lord Shiva. We were fortunate enough to visit on the day of the wedding anniversary of Lord Shiva. It was a sight to behold. People from far and wide came to the temple to worship. To celebrate the occasion, there were lanterns lit all over the temple. The bazaar outside the temple was reminiscent of the old vijaynagar times, bustling with activity. It is highly advisable to hire guides for these two temples (in the region of 150-200 bucks).

There are a few temples on the other side of the Tungbhadra river as well. These can be done by hiring a motorbike. The most famous one is the Hanuman temple. This is the famous Anjani Parvat, the birthplace of Hanuman. The temple is situated on a hill and it will take 45 mins to reach the top. Be on the watch for monkeys while climbing. The most striking feature of Hampi is its landscape. It is a heap of boulders an top of each other. Its feels like someone has purposely put them there. Each boulder delicately balances every other boulder. Its astonishing. There are two theories to this: one is mythological and the other is geolocical. You can read about them here (http://hampi.in/origin-of-hampis-boulders).

There is no evident nightlife at Hampi. There is pretty much nothing to do post 5:30pm. People just sit and chill in the common area of the hostel/accomodation. The guys at Goan corner would show a movie or have karaoke in the evenings.

Hampi is an important Historical and religious site in India. I would put it down as a must visit, even if its just for a couple of days. 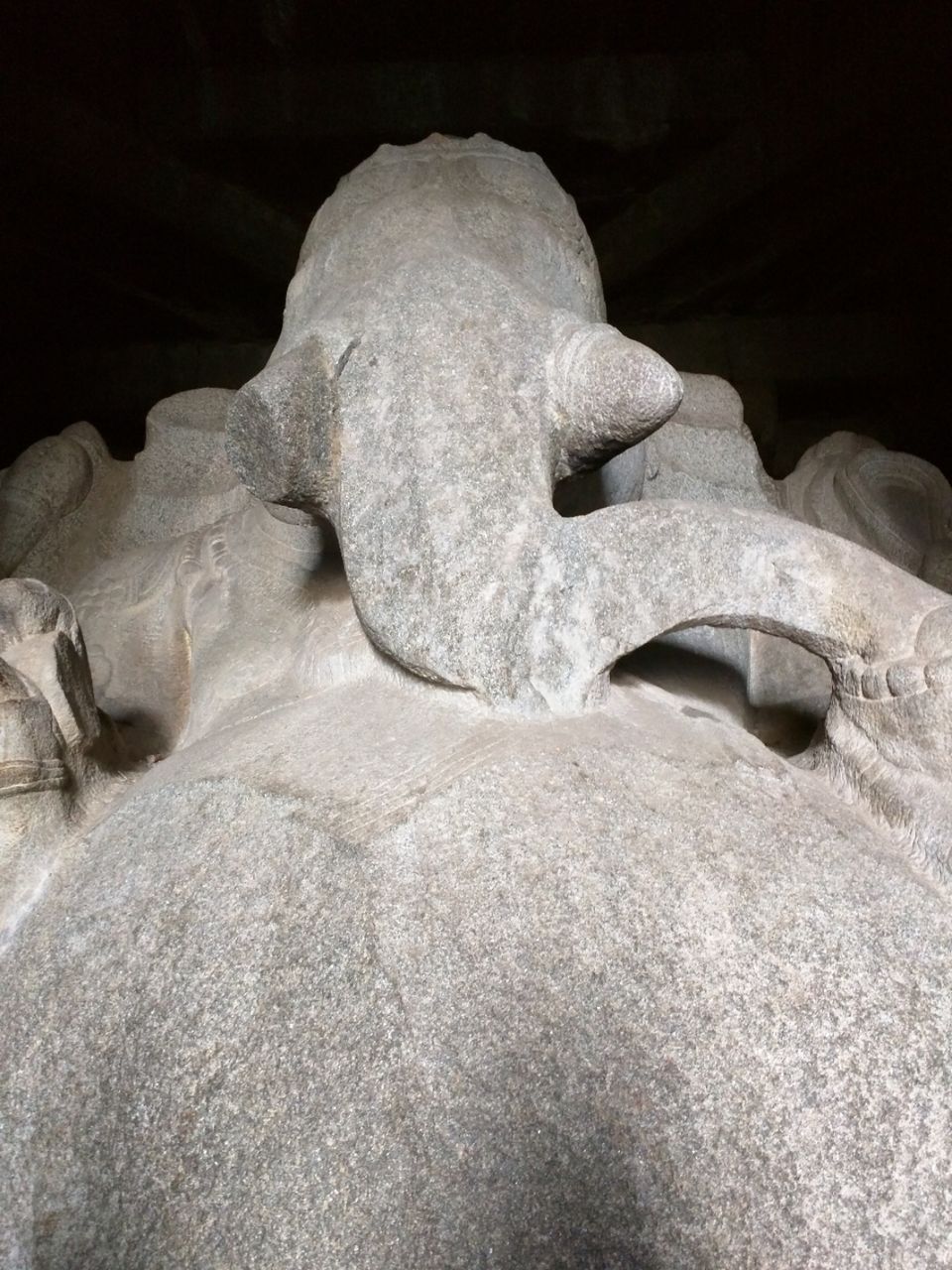 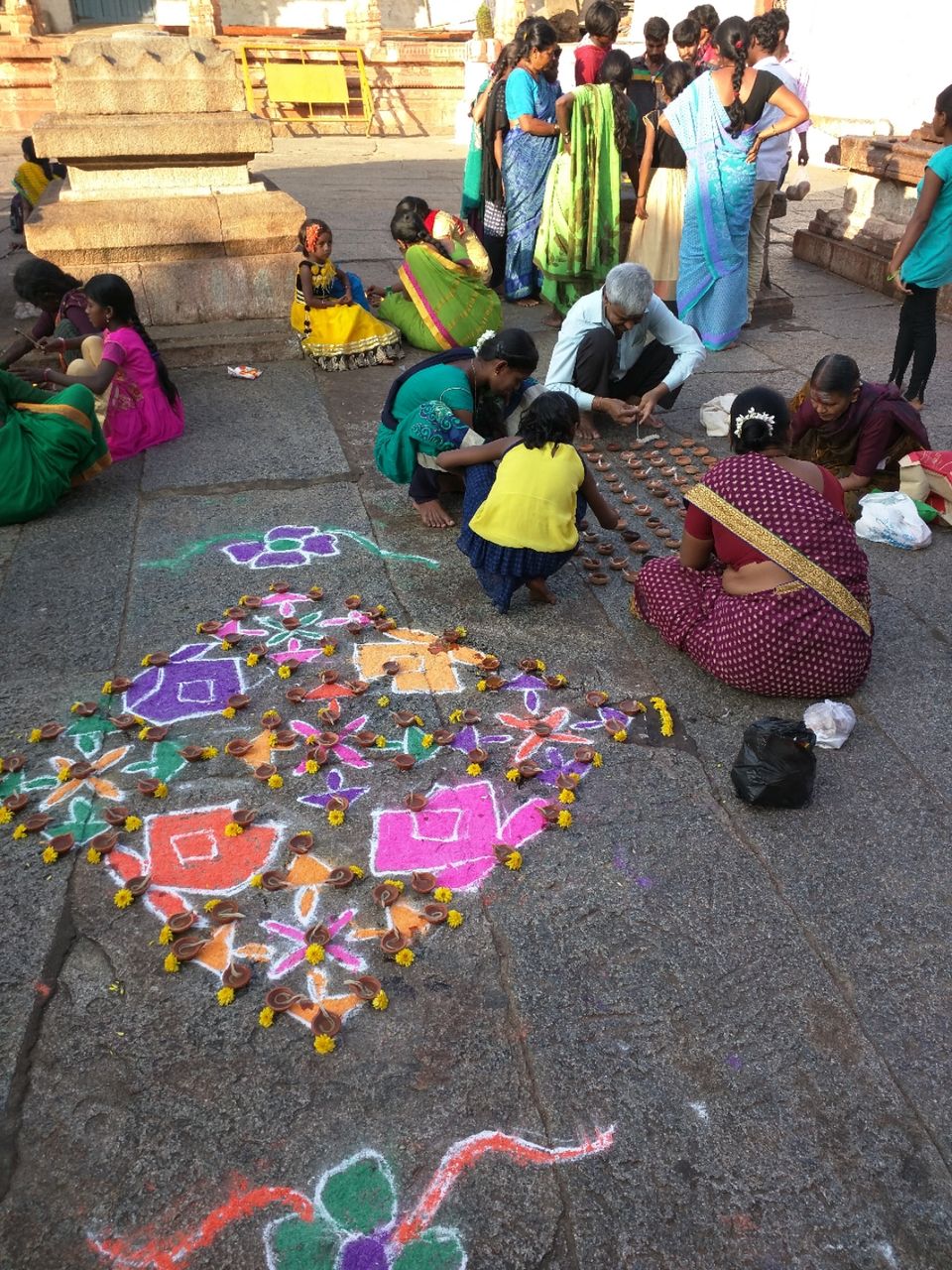 Ready to catch the ferry 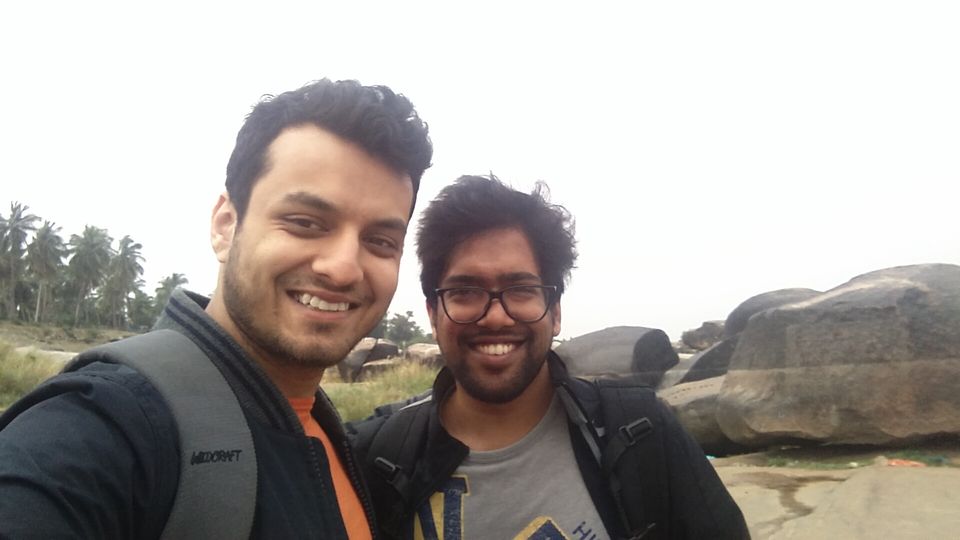 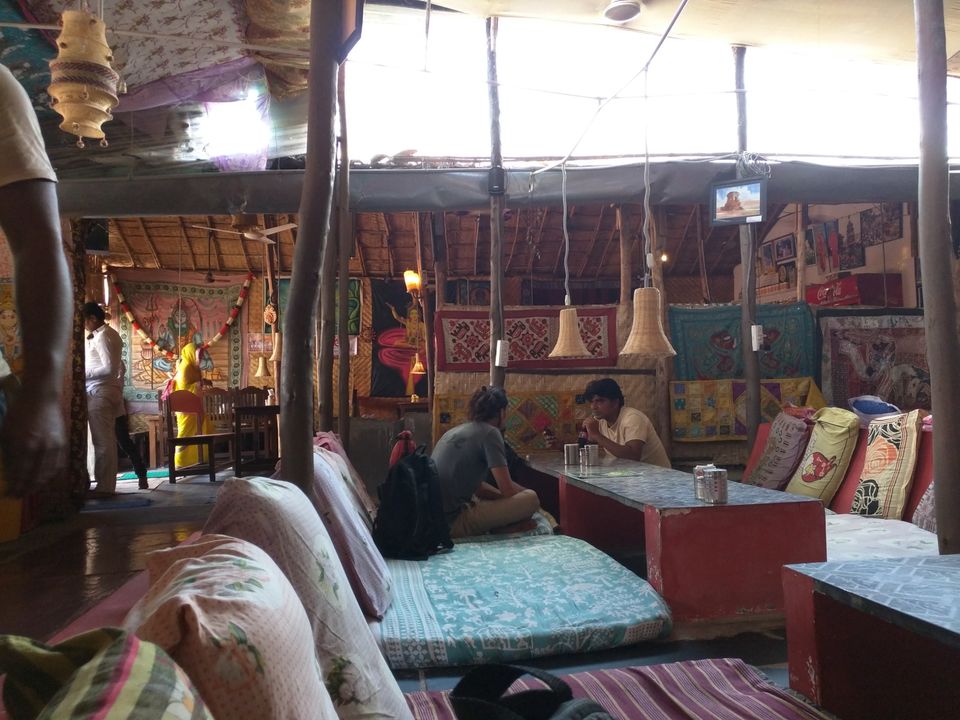 One of the temple Bazaar 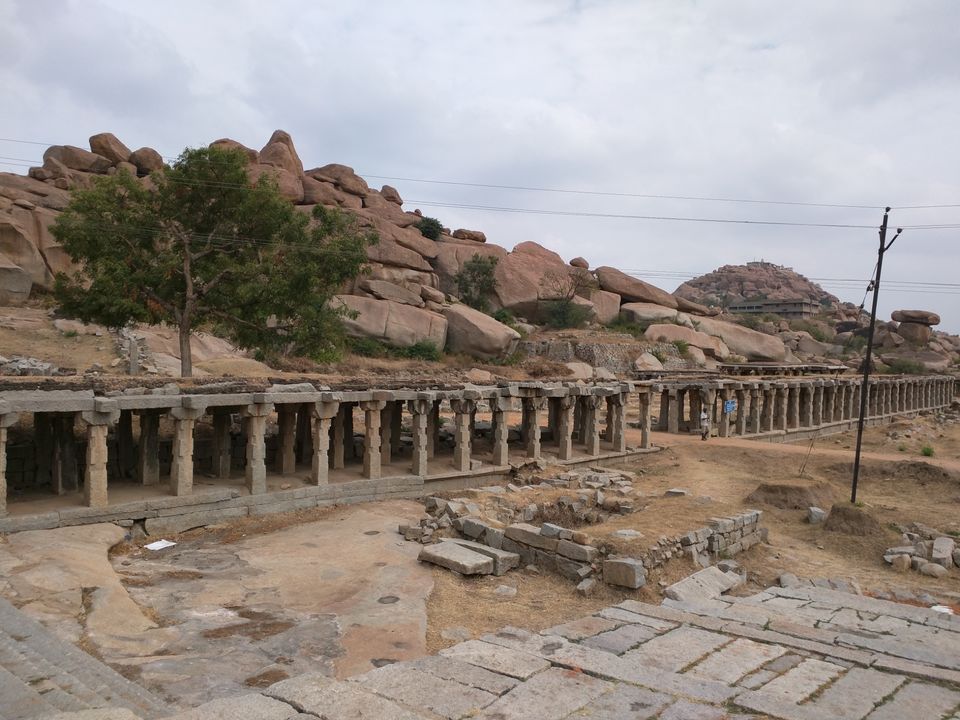 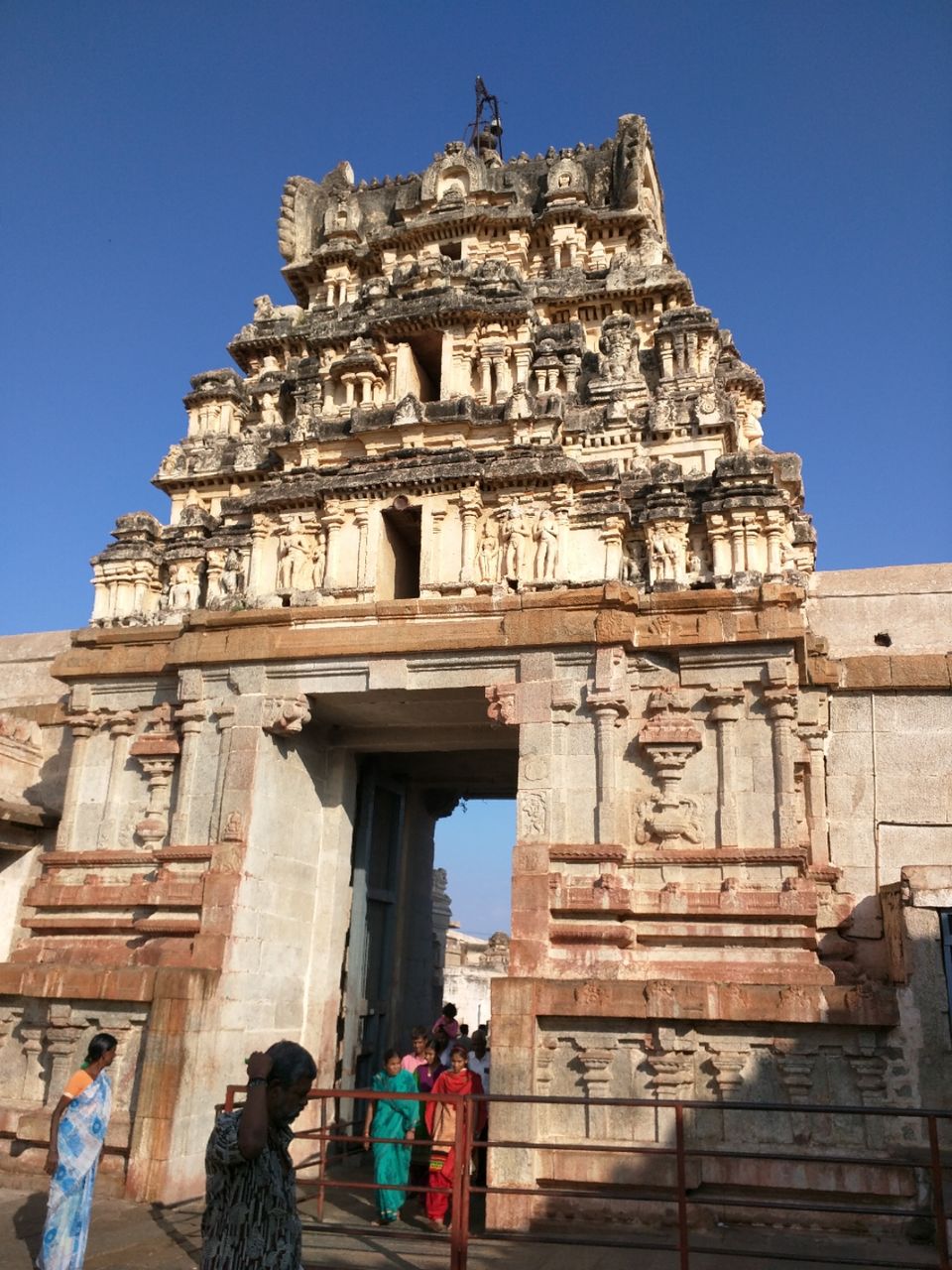 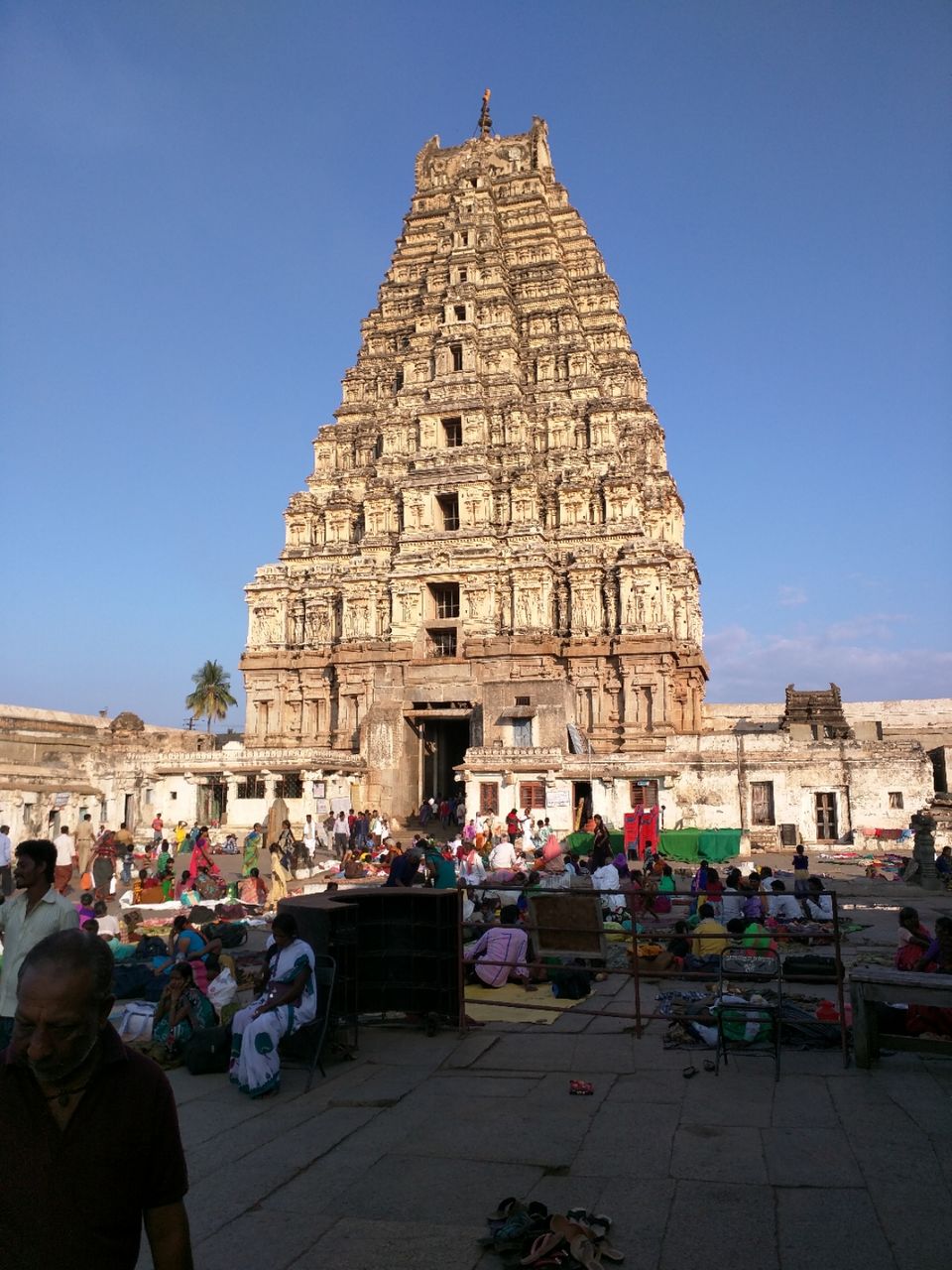 Virupaksha on the day of shiva Parvati Engagement 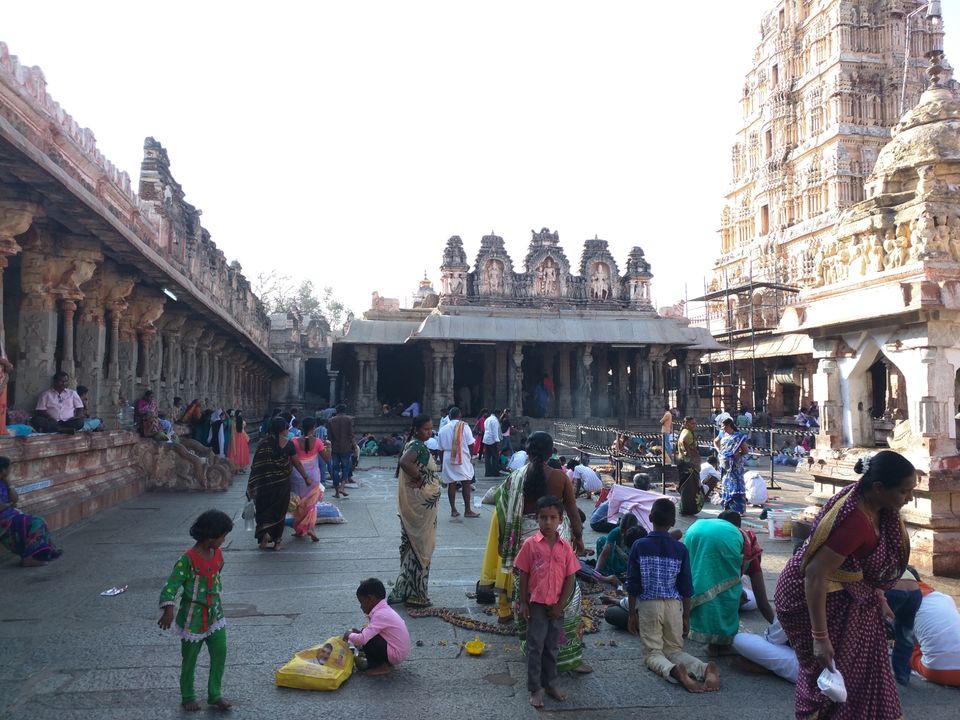 The ongoing preparations inside Virupaksha Temple 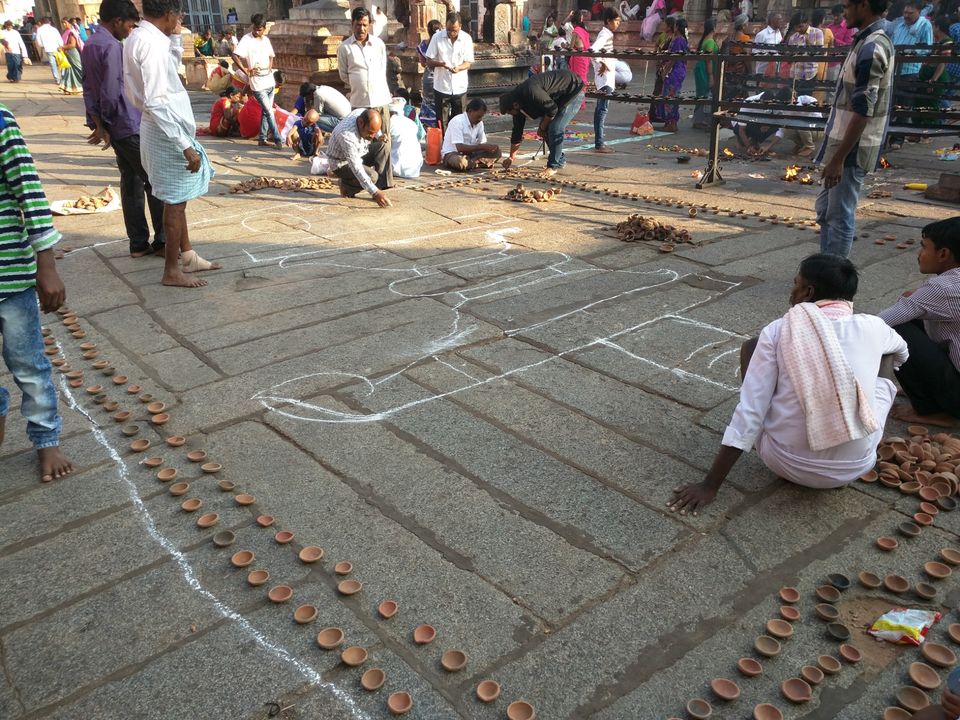 Hampi Landscape from atop Anjani Parvat 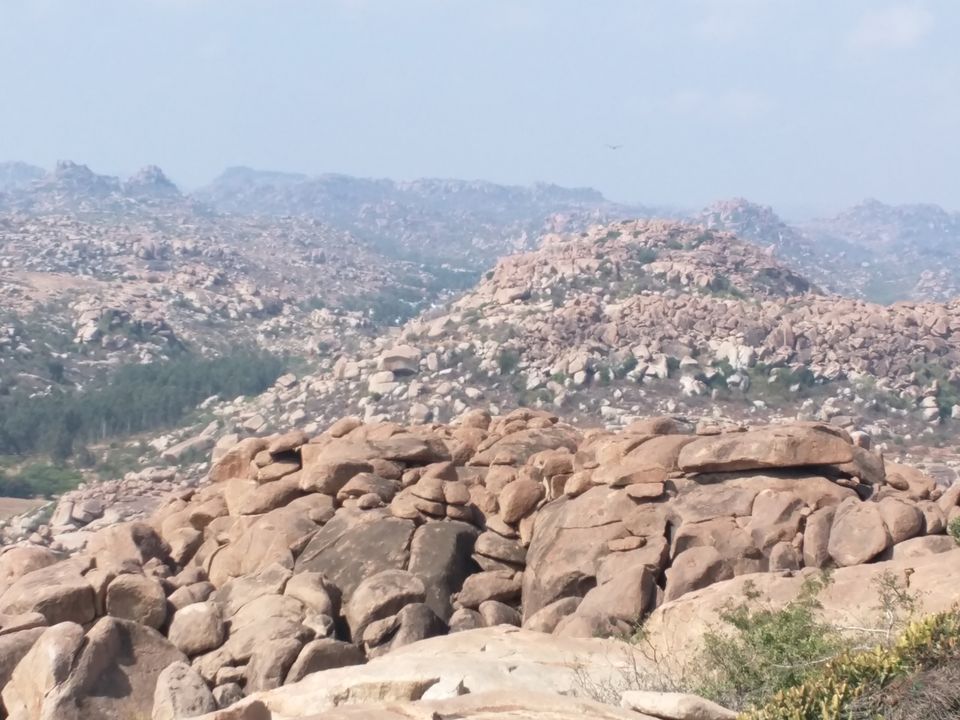 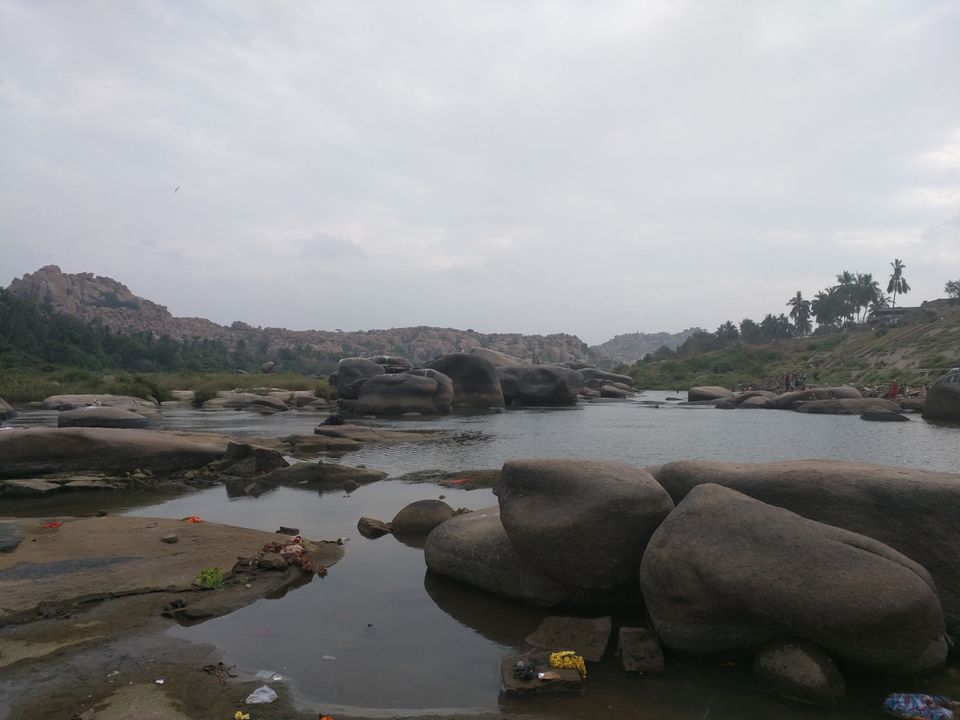 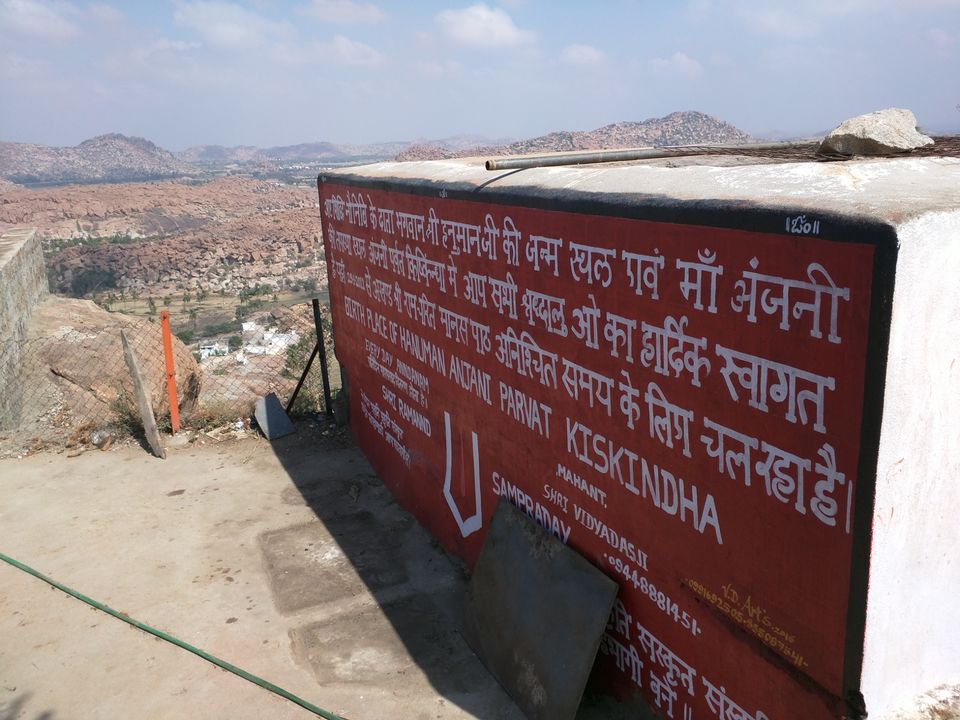 Suming up the Hampi monuments 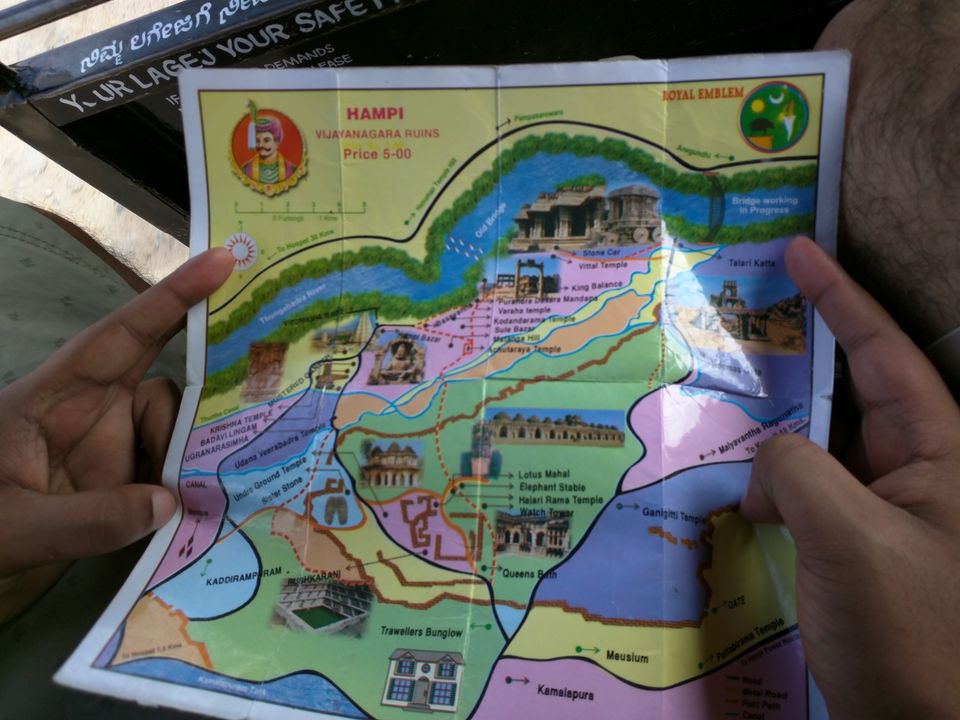 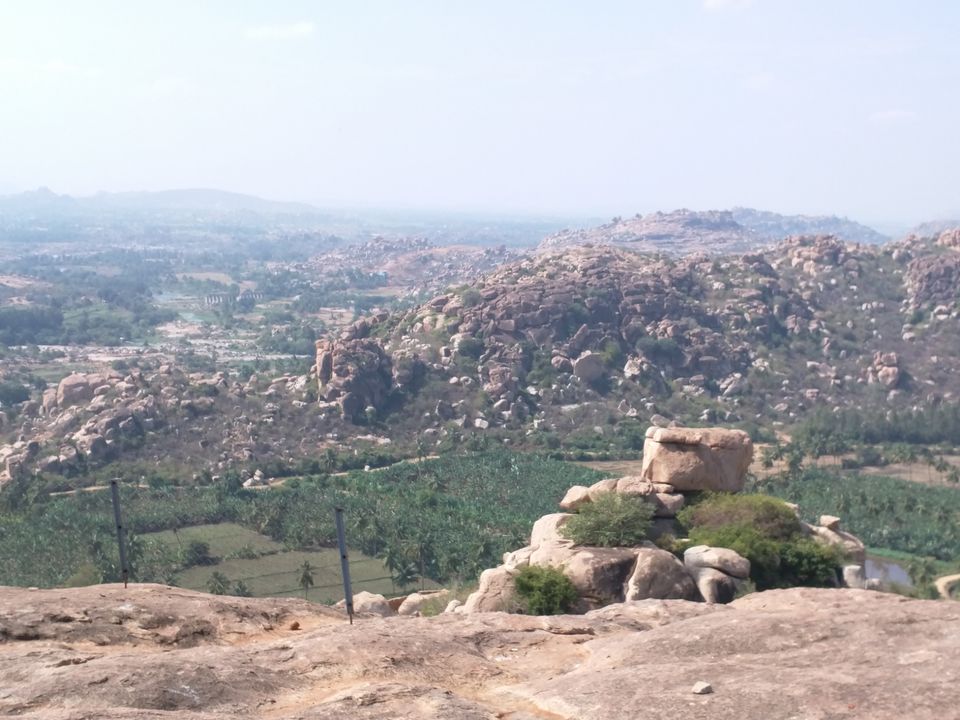 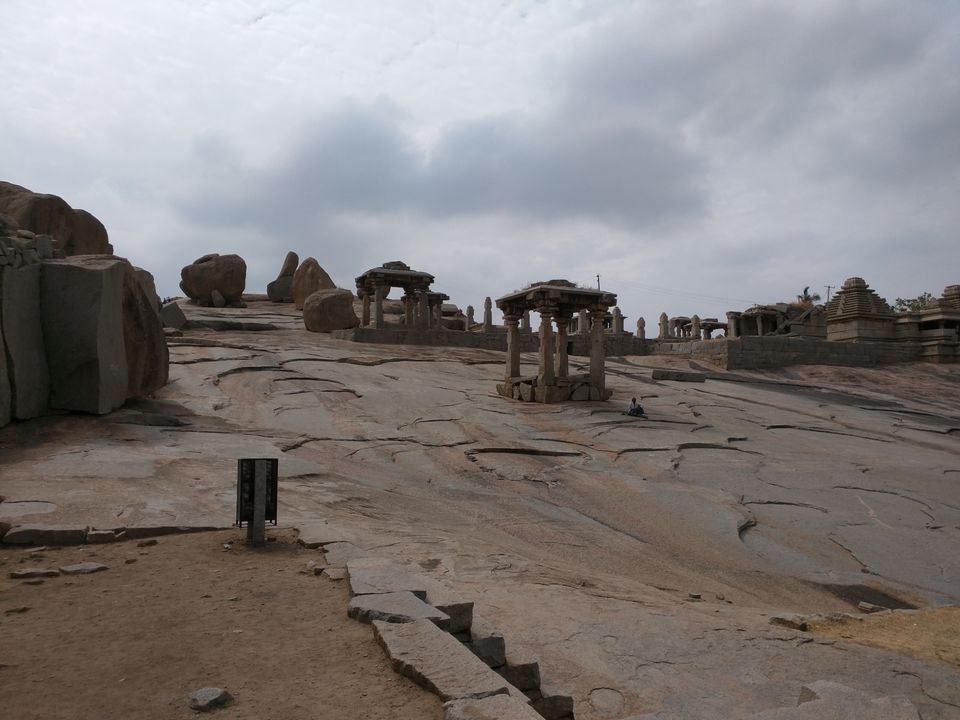 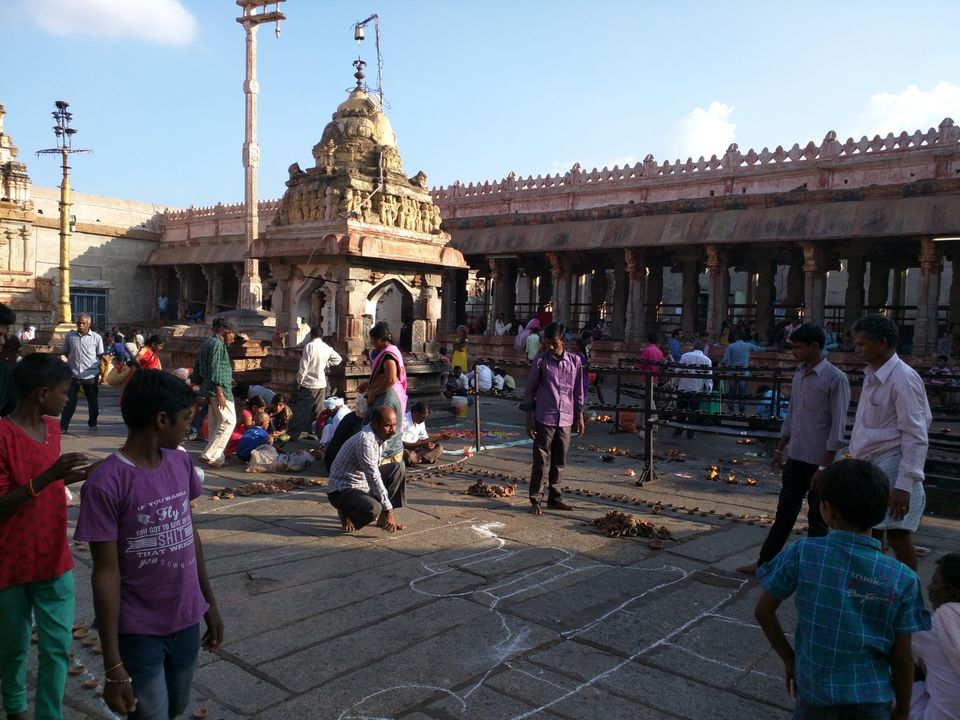 The view from our cottage at the Goan corner 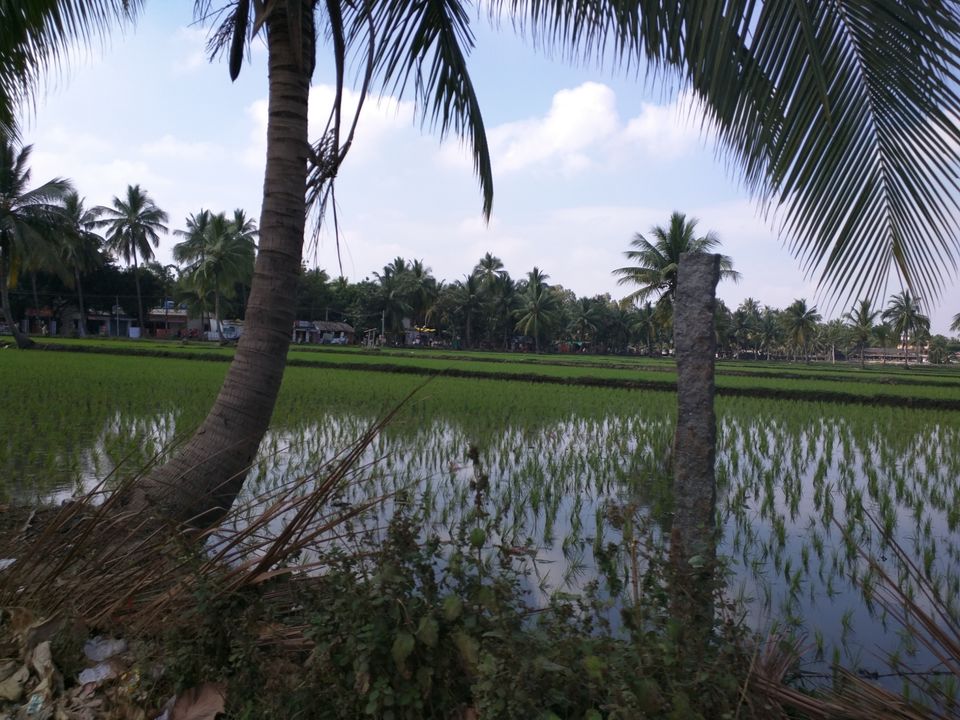 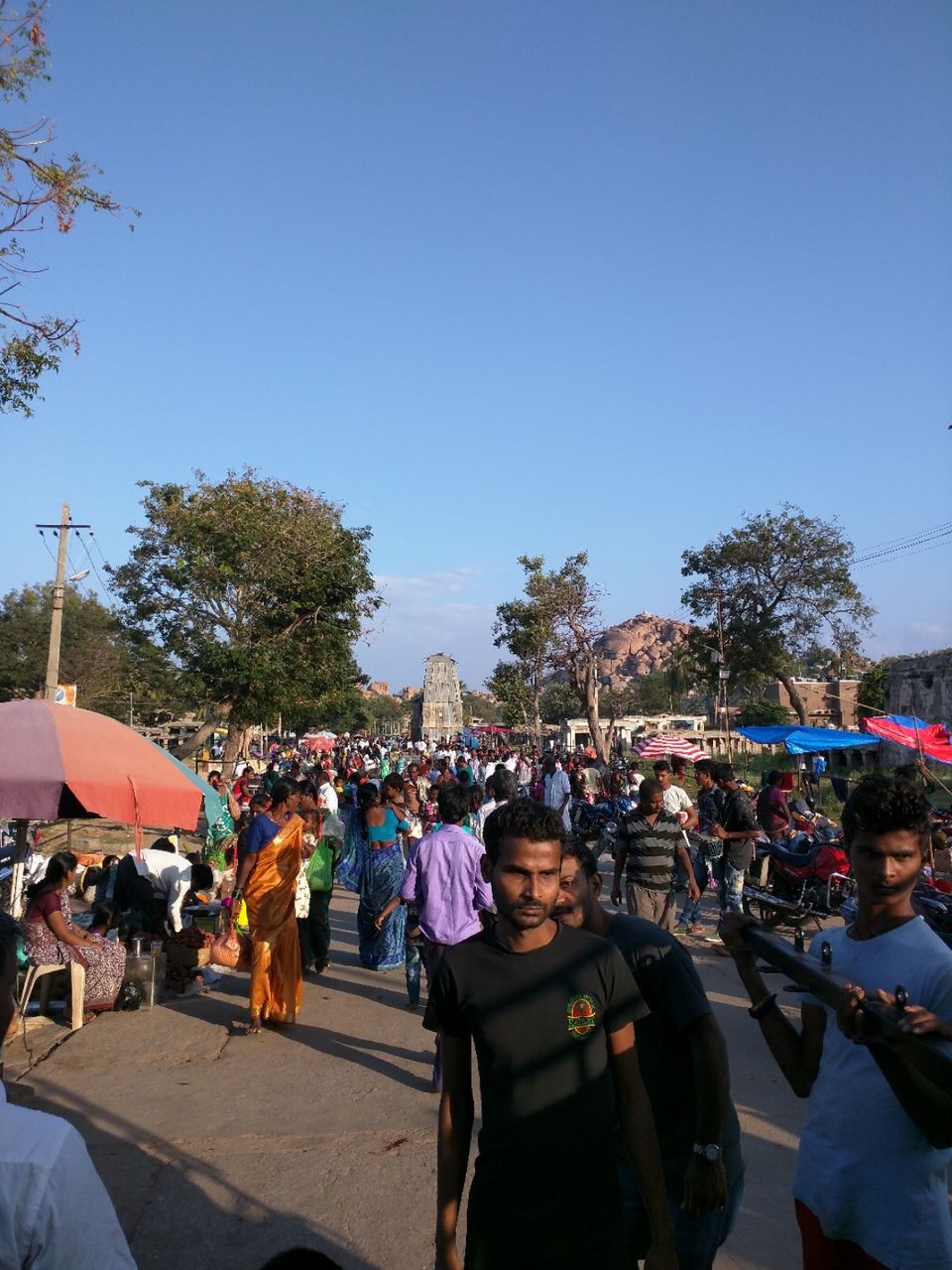